Sustainability is a buzzword with travelers nowadays. Globetrotters are carbon offsetting their flights, single-use plastics are being ditched for more eco-friendly alternatives, and tourists are choosing environmentally friendly hotel options, all in an effort to lessen their footprint on the earth. When it comes to getting from here to there — whether by car, plane, or train — there is a particular strain on the environment, especially when it comes to cruising.

In an effort to provide guests with a more pleasant and sustainable experience, one company, Windstar Cruises, “stretched” one of its vessels, which involved cutting the ship in half, adding a section, and soldering it back together to make room for more passengers. But how exactly can making a boat more significant result in a more sustainable cruise? It seems counterintuitive — a bigger boat and increased passenger capacity produces more waste, requires more energy, and displaces a higher volume of water.

But the project is part of Windstar’s ongoing sustainability plan entitled the “$250 Million Star Plus Initiative.” At Fincantieri’s shipyard in Palermo, Italy, the brand is overhauling three cruise ships, with the plan set to be completed in late 2020. The end result is a massive effort to modernize and make cruising less harmful to the environment — here’s how it’s playing out.

The cruise industry is beginning to take responsibility for its impact 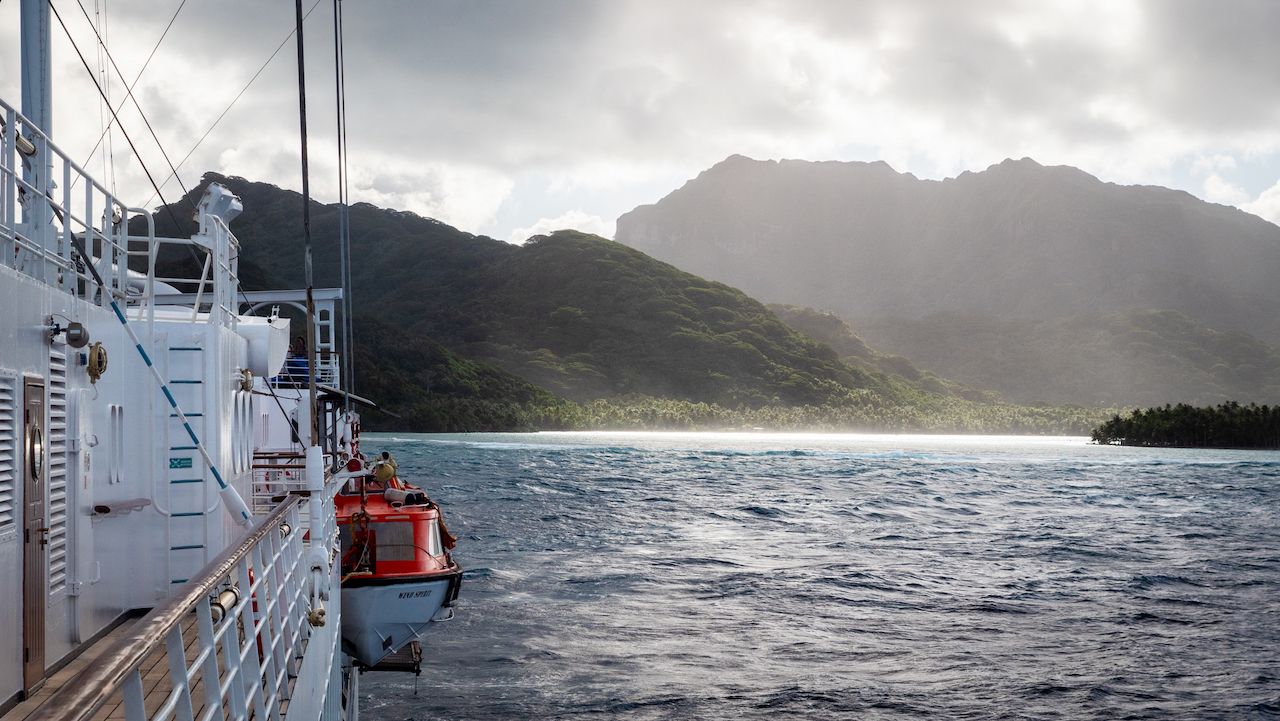 Navigating the world’s oceans in what is essentially a floating hotel often gets a bad rap. After all, lugging thousands of people around in a vast ocean liner while using tons of fuel, offering expansive buffets of food, and disrupting waterways, rightly causes environmental concern. Many brands are trying to make cruising more sustainable, as companies are opting to lobby for cleaner oceans and have less of an impact overall. Those considering large ship cruises can now analyze the greenness of companies and sailing vessels by consulting a report card, of sorts, from environmental group Friends of the Earth.

Windstar, however, is a small cruise line — moving hundreds rather than thousands of people through the water — so its overall environmental impact is already less than other cruise ships, and the company makes great strides to ensure cruisers an eco-friendly ride. Its fleet of six boats includes three sailing vessels, the Wind Surf, Wind Star, and Wind Spirit. These ships aren’t powered by the sails alone, but when sails are used in tandem with the engines, fuel consumption is significantly reduced as opposed to when the engines are the sole operator.

But, it isn’t these sailing ships that are undergoing renovations. Windstar’s three sail-less, Star class ships — Star Breeze, Star Pride, and Star Legend — are the ones being stretched and renovated. The Star Breeze was officially cut in October 2019 to make room for the insertion of an 84-foot section that promises a more expansive pool area, larger common areas, and a better journey overall. The upgrades also include new bathrooms in each suite.

John Gunner, Windstar’s vice president of expansion projects, says, “I believe the onboard experience will be enhanced with larger/better spa facilities, more dining venues, and more space on deck and around the ship.”

How Windstar is using these upgrades to reduce impact 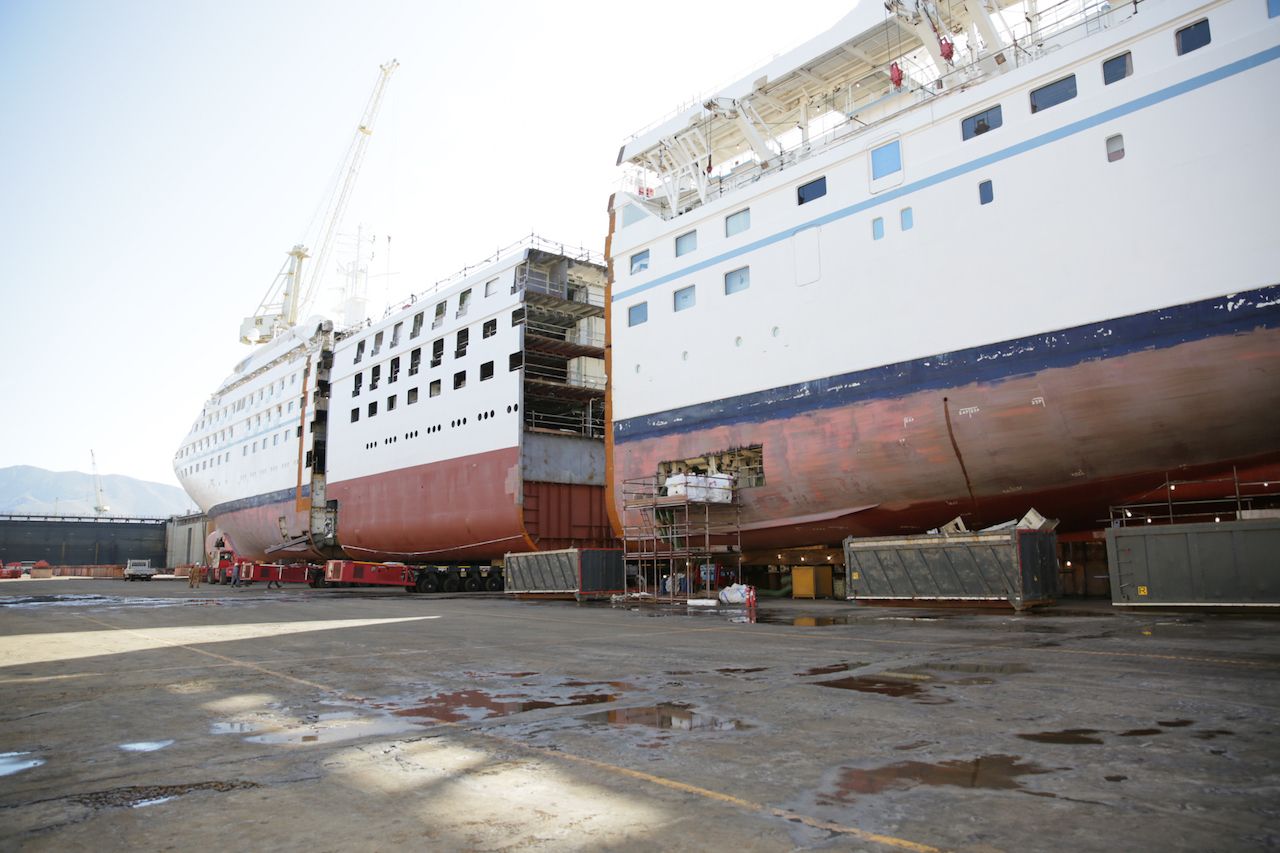 Expanding may not sound sustainable, but it’s actually those upgraded washrooms that are giving the ship an eco-friendly boost. Along with the washrooms, advanced wastewater treatment systems will be installed on the Star class ships, improving waste treatment and water quality compliance. “(This) will be a behind the scenes improvement but one that’s really important both for the environment and the efficient running of our ships,” Gunner says.

New engines are also being installed, which will reduce emissions of nitrous and sulfur oxides, both products of engine combustion released in the form of smoke. “The engines are more efficient because they are new, plus the new configuration enables us to use shaft generators at sea for electrical generation. Thus, we will run fewer engines leading to less fuel per passenger per day,” Gunner says.

These new engines not only meet, but exceed, the global International Maritime Organization limit, which goes into effect on January 1, 2020. The overachieving is part of a general approach by Windstar’s holding company, Xanterra Parks & Resorts, to help travelers experience the world with a softer footprint through zero waste and sustainability initiatives. Due to the smaller size of Windstar’s ships, they can visit smaller ports than other cruise lines, which further increases the need to concentrate on creating greener vessels to navigate waterways gently.

Thinking outside the buffet 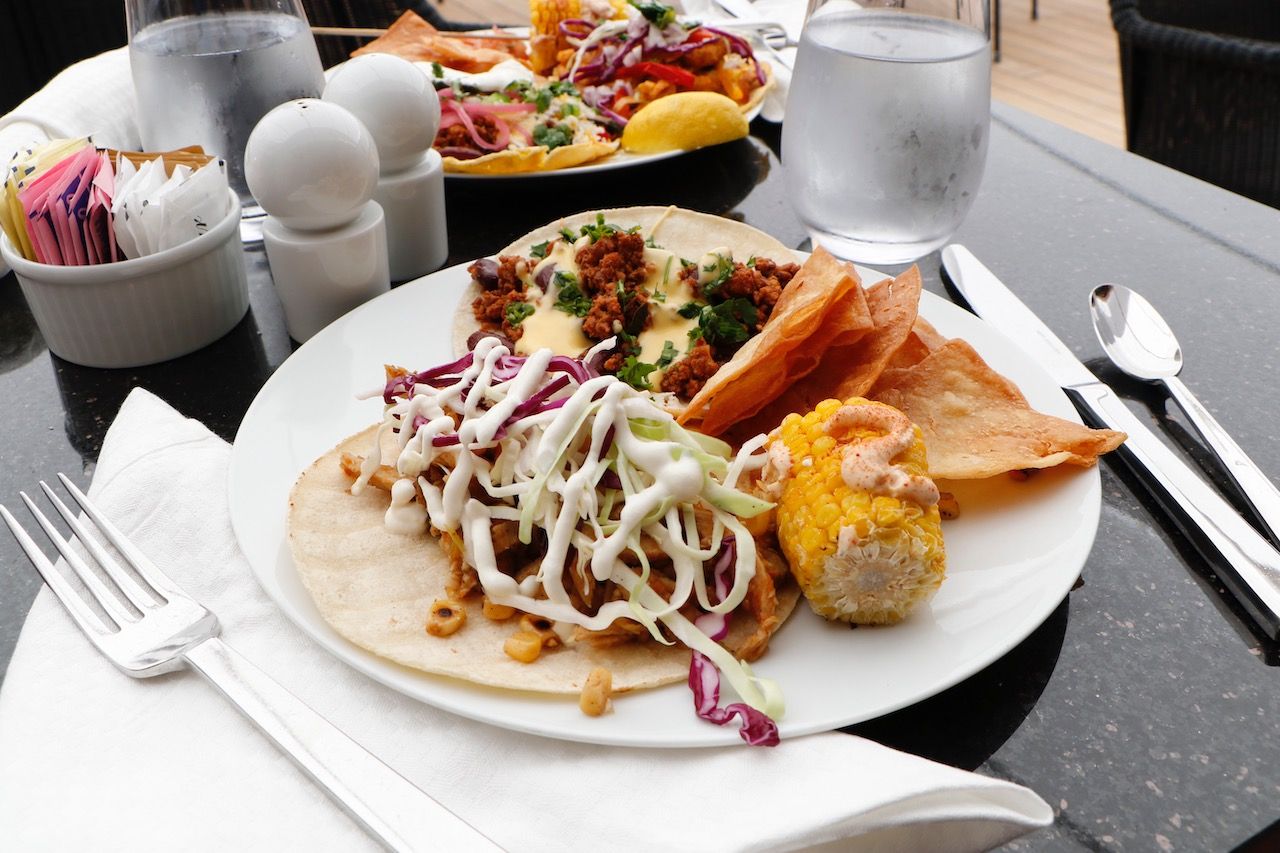 New engines and improved wastewater treatment is not where sustainability initiatives end for Windstar. Onboard, chefs source food locally when it is possible, and have even been known to allow guests to tag along to local markets to purchase fresh produce. Windstar has partnered with the James Beard Foundation to create a unique culinary experience for guests. Instead of large buffets, meals are prepared to order, which reduces waste and allows for smaller, more curated accessory buffets to include crowd-pleasing staple items. “The team now complements the buffet with an extensive à la carte menu of delicious dishes, allowing guests to customize a meal that is cooked to order,” Gunner said.

Another big trend is to reduce wasteful single-use plastics. Refillable Natura water bottles are placed in the cabins to encourage guests to decrease waste. Plastic straws and stir sticks are also not dispensed on board unless they are specially requested.

Now that the Star Breeze has undergone its transformation, it will set sail in February of 2020, but the question lies in whether Windstar will make any tweaks to the renovations of the Star Pride and Star Legend based on what it has learned. The short answer is yes. “We are learning in many areas which will enable a more efficient project for the other two ships,” Gunner says.

The changes allow for an additional 100 passengers to experience the Star Breeze, taking the total from 212 guests up to 312. Yet, with the extra space and common areas, passengers will still enjoy an intimate journey. And as it undertakes forthcoming journeys, Windstar is doing its best to consider its impact on the future of our world by creating greener, cleaner vessels for navigating the oceans.

CruisesThe 10 Coolest New Small Cruise Ships Coming in 2020
Tagged
Cruises
What did you think of this story?
Meh
Good
Awesome