If the bad weather affecting the Great Lakes region was not scary enough with its ice tsunamis on the shores of Lake Erie, Lake Ontario is now turning cute beach homes into ice houses. Strong winds at the end of February created massive waves on Lake Ontario and sprayed houses which, with the very cold temperature, got entirely coated in thick ice.

Maureen Whelan’s beach house in Pulaski, New York fell victim to this winter’s harsh weather, now resembling a cottage from Narnia more than a cute vacation home. “We’re devastated,” Whelan told the BBC. She and her family have been trying to chip the four feet of ice off. 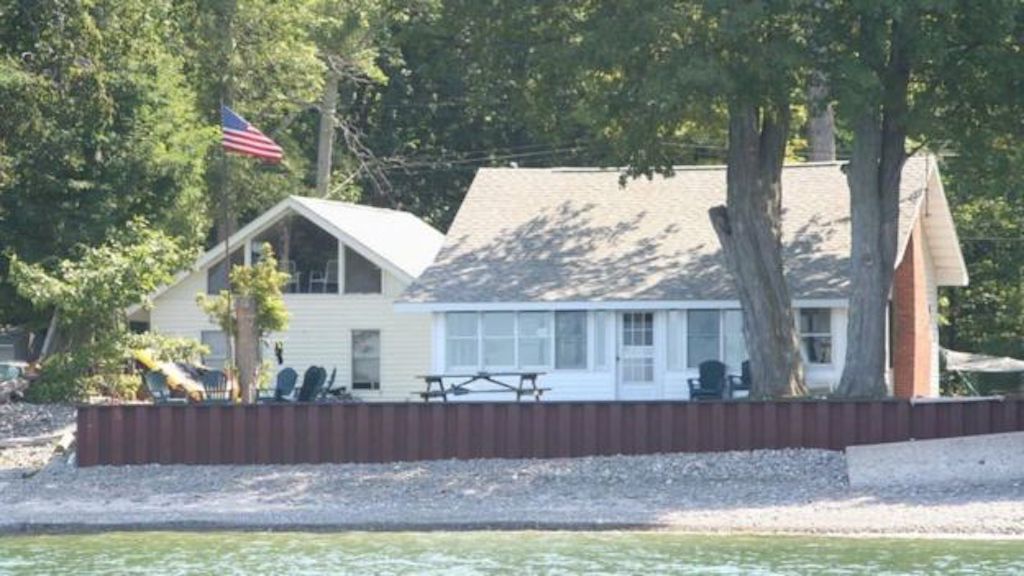 Since the property is not in a flood zone, Whelan says insurance may not cover any damage. The family is trying to create channels so the ice can drain properly after it melts so as to minimize water damage, but they’ll likely be waiting with bated breath once it starts thawing. Whelan said, “We’re the fourth generation to live in this house. This house holds many generations of memories. We’re not wealthy people.”

Local reporter John Kucko posted an “Ice House Update” on Facebook, showing photos of the family working to chip away at the ice. “They’ve never experienced anything like what occurred last Monday,” he said. “They’re all smiling and making the best of an unfortunate situation.”

According to BBC weather presenter Nick Miller, this peculiar ice phenomenon is indeed a rarity, and being caused by a unique mix of wind, seaspray, and low temperatures. “It seems this weather pattern has continued long enough,” he said, “for the layer of ice to become unusually thick.”

NewsDog Rescued From Frozen River Is Actually a Wild Wolf
Tagged
News Sustainability
What did you think of this story?
Meh
Good
Awesome