That women have long been a pivotal voice in the environmental movement is well known. From Rachel Carlson — the author of Silent Spring, which explored the ugly truth about pesticides and launched the modern environmental movement — to Greta Thunberg, when it comes to today’s conscience in the fight against climate change, women have been and remain at the forefront of caring for our planet.

While activists like Thunberg are bringing needed attention to the big picture, addressing climate change is a multi-faceted effort that also involves hard work on the ground — fighting for clean water, saving species, preserving forests, and the like. In fact, tackling pollution and preserving biodiversity aren’t just ends on their own but part of the solution to a healthier, more climate-stable planet.

And everywhere you look around the world, women are doing the hard work of protecting forests, conserving wildlife, and fighting pollution. Some have been awarded for their efforts, and others have paid dearly. But each of them is an inspiration. Here are nine women environmental activists from the past and present that we admire. 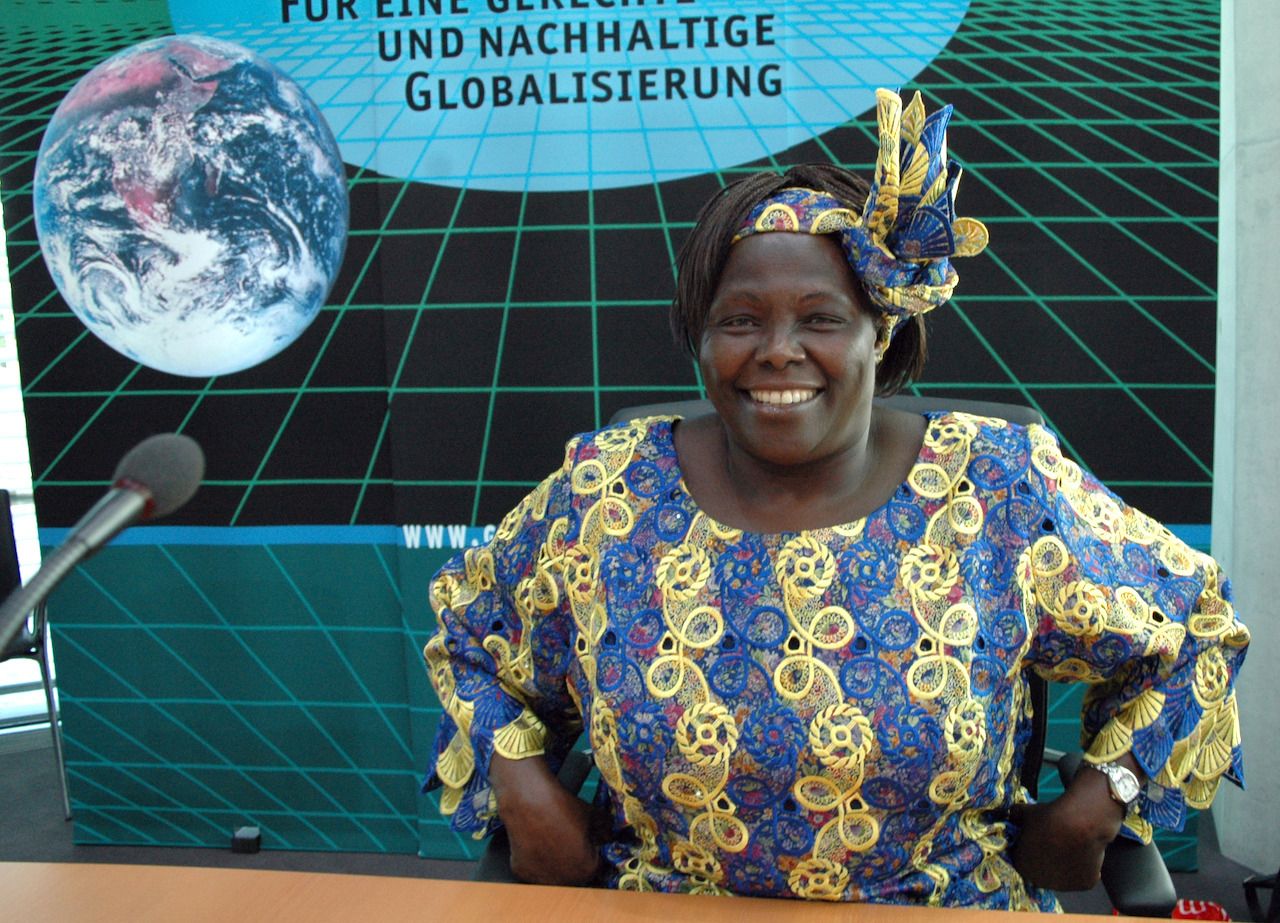 No list of women environmental activists fighting for the environment would be complete without Wangari Maathai, who worked tirelessly to protect wild lands in her native Kenya from development. She founded the Green Belt Movement to focus on community involvement in sustainability, the role of women in protecting the environment, and the compelling need to address reforestation. She was often at odds with the Kenyan government as they sought to privatize or develop wilderness areas but was eventually elected to the Kenyan Parliament in 2002. In 2004, she became the first African woman to win a Nobel Peace Prize for her work in promoting sustainability and democracy in her home country. Maathai passed away in 2011, but her legacy lives on as an inspiration to environmentalists and in the still-active Green Belt Movement, which has planted over 50 million trees in Kenya since its founding. 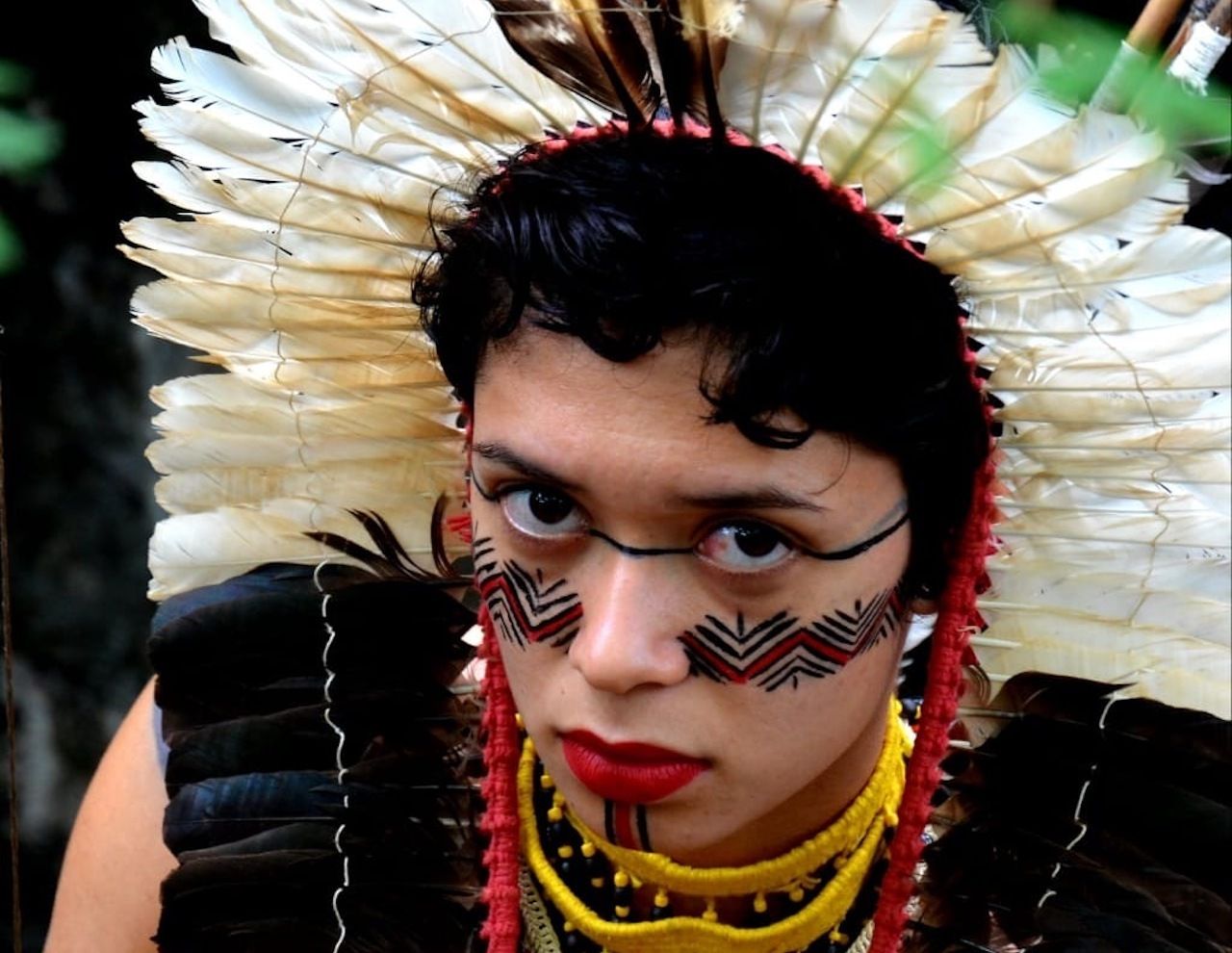 We’ve long noted the eco-danger that Brazilian President Jair Bolsonaro represents, with Amazonian deforestation accelerating under his rule. As we’ve seen, he’s used anti-environmentalism to consolidate power and has denigrated Indigenous communities as part of his populist, us-versus-them style of leadership.

That’s why Artemisa Xakriabá and women environmental activists like her are so important. Not only has Xakriabá been working to fight deforestation — but also actively reforesting areas near the lands of the Xakriabá tribe to which she belongs. More importantly, she is a voice of youth, women, and Indigenous peoples in the resistance to Bolsonaro’s environmental rape. She marched in the inaugural Indigenous Women’s March in Brazil’s capital, she has represented South American indigenous youth at international climate strikes, and she is using her Instagram platform to educate others about Indigenous Brazilian lands and the threat to them and us all that’s posed by her country’s policies. 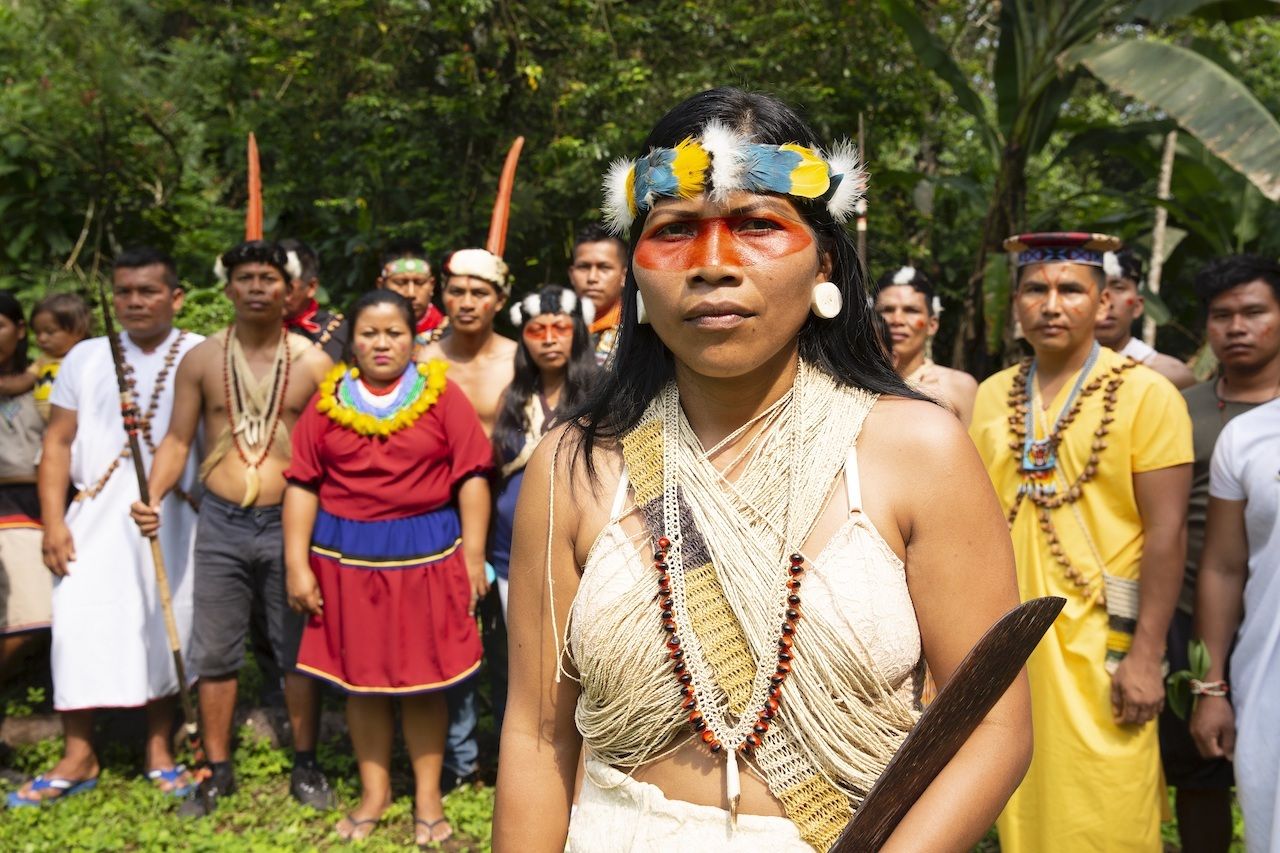 The Amazon Rainforest doesn’t only exist in Brazil; it extends to several other South American countries, including Ecuador. There, Nemonte Nenquimo and fellow members of the Waorani Indigenous group live in an area that overlaps with Yasuni National Park. Today, most of their land has been taken from them, and they are fighting hard to preserve what is left, to protect the environment, and to maintain their way of life. Nenquimo co-founded the Ceibo Alliance, fighting for and winning protection for 500,000 acres of Amazonian rainforest. Her efforts to protect the land from fossil fuel extraction have been seen as a precedent to inspire other Indigenous groups hoping to save the rainforest. For her work, Nenquimo was awarded the most prestigious environmental award last year, the Goldman Environmental Prize. 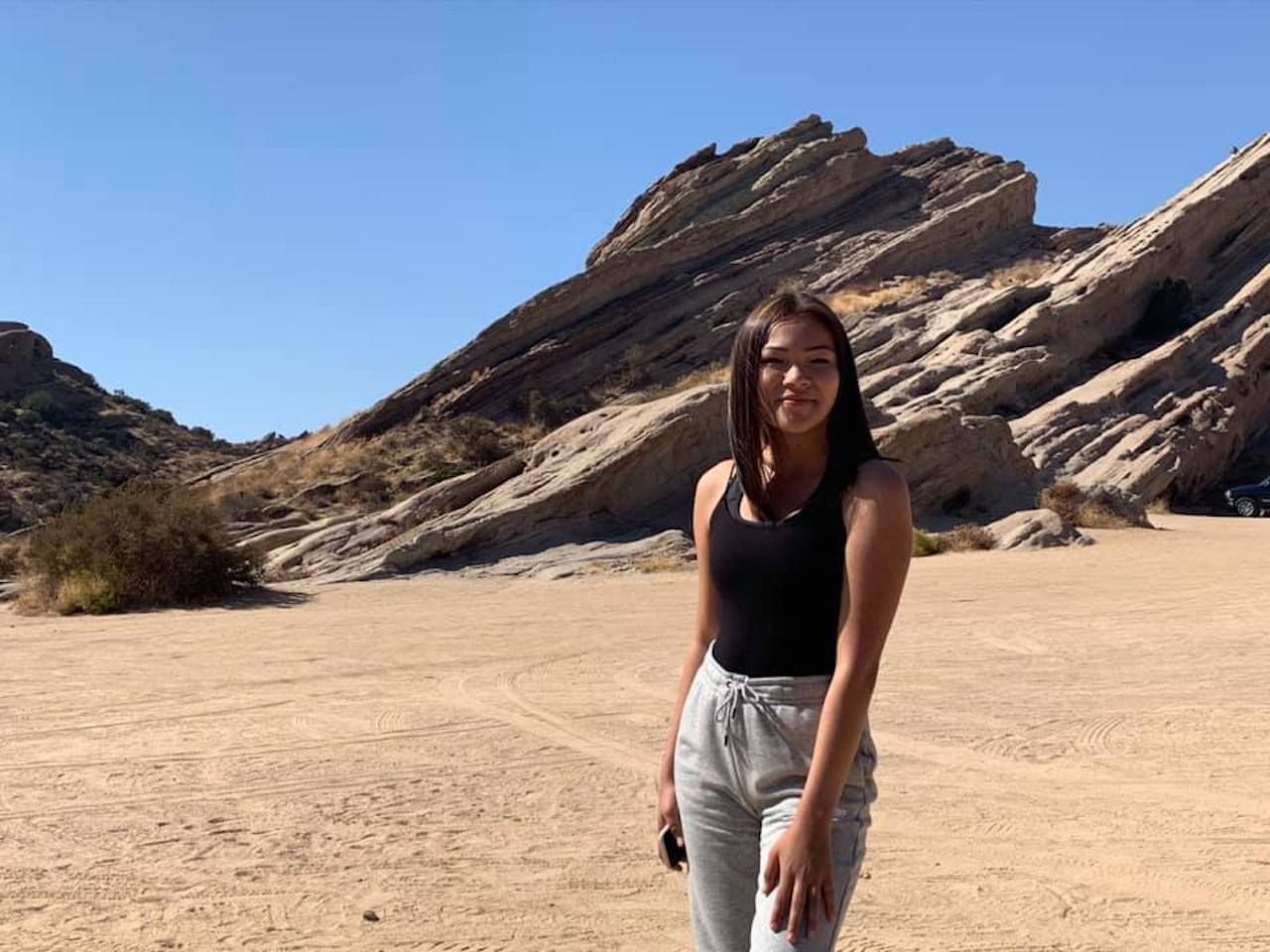 Although she is only 16, Peltier has already been working for years on eco issues. Hailing from the Wiikwemkoong First Nation in Northern Ontario, Peltier got her start advocating for clean water, addressing the United Nations at the age of 13 to advocate for the rights of water and the rights of people to have access to clean water. For her efforts, she was featured in a documentary called The Water Walker. Peltier attended the 2015 Children’s Climate Conference in Sweden and was nominated for the 2017 Children’s International Peace Prize. In 2016, she met with Canadian Prime Minister Justin Trudeau, who told her he would work to protect Canada’s water. She also attended the World Economic Forum in Davos. 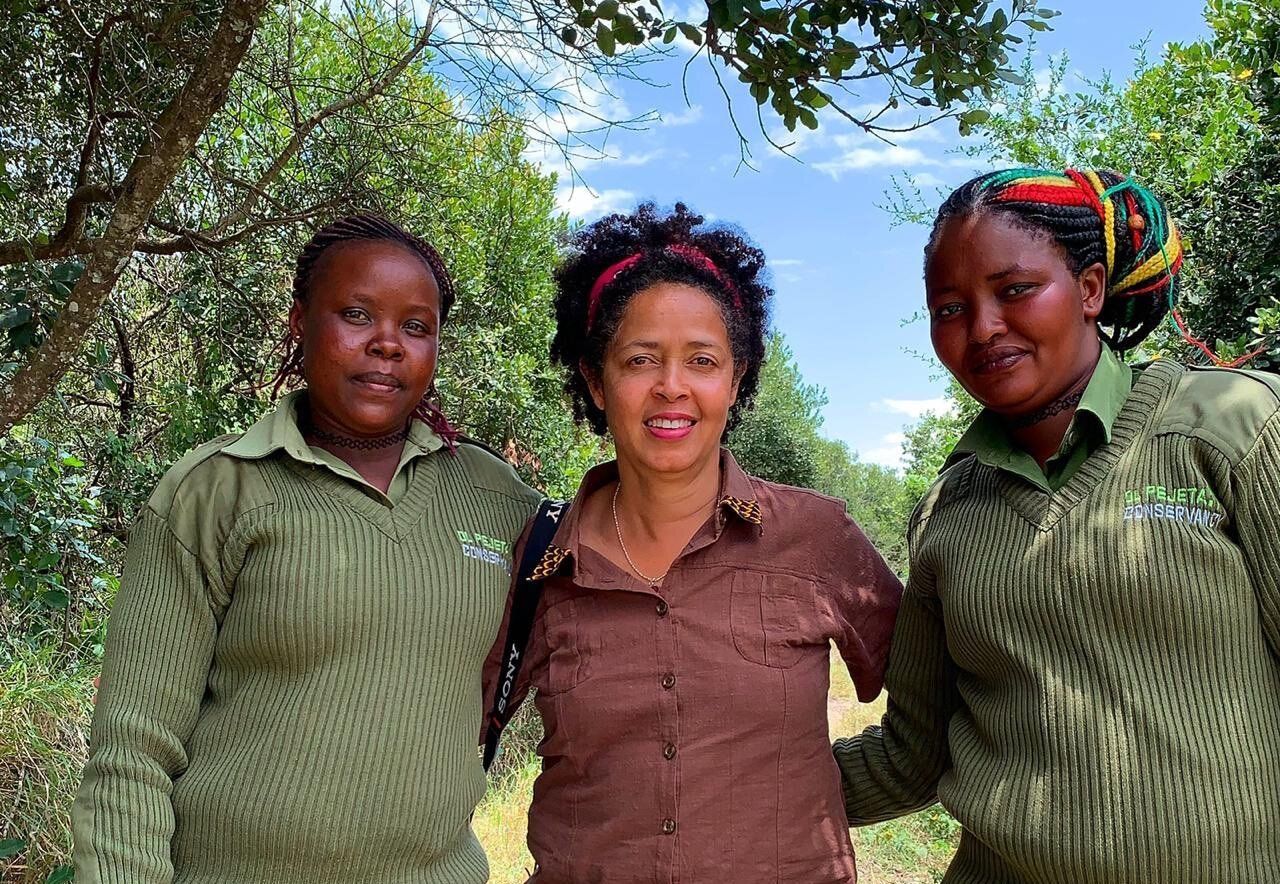 Dr. Paula Kahumbu has been working to save the elephants of her native Kenya since she was a young woman three decades ago. She was a force behind Kenya’s Hands Off Our Elephants efforts to enforce and strengthen laws against poaching — which has helped drastically reduce elephant and rhino poaching in her country — as well as the Global March for Elephants, Rhinos, and Lions, a worldwide protest aimed at protecting these animals from extinction. She is the CEO of the conservation organization WildLife Direct, which helps local communities cohabit with wildlife, introduces young Kenyans into the wildlife movement, and highlights Kenyans doing good work in the wildlife sphere. 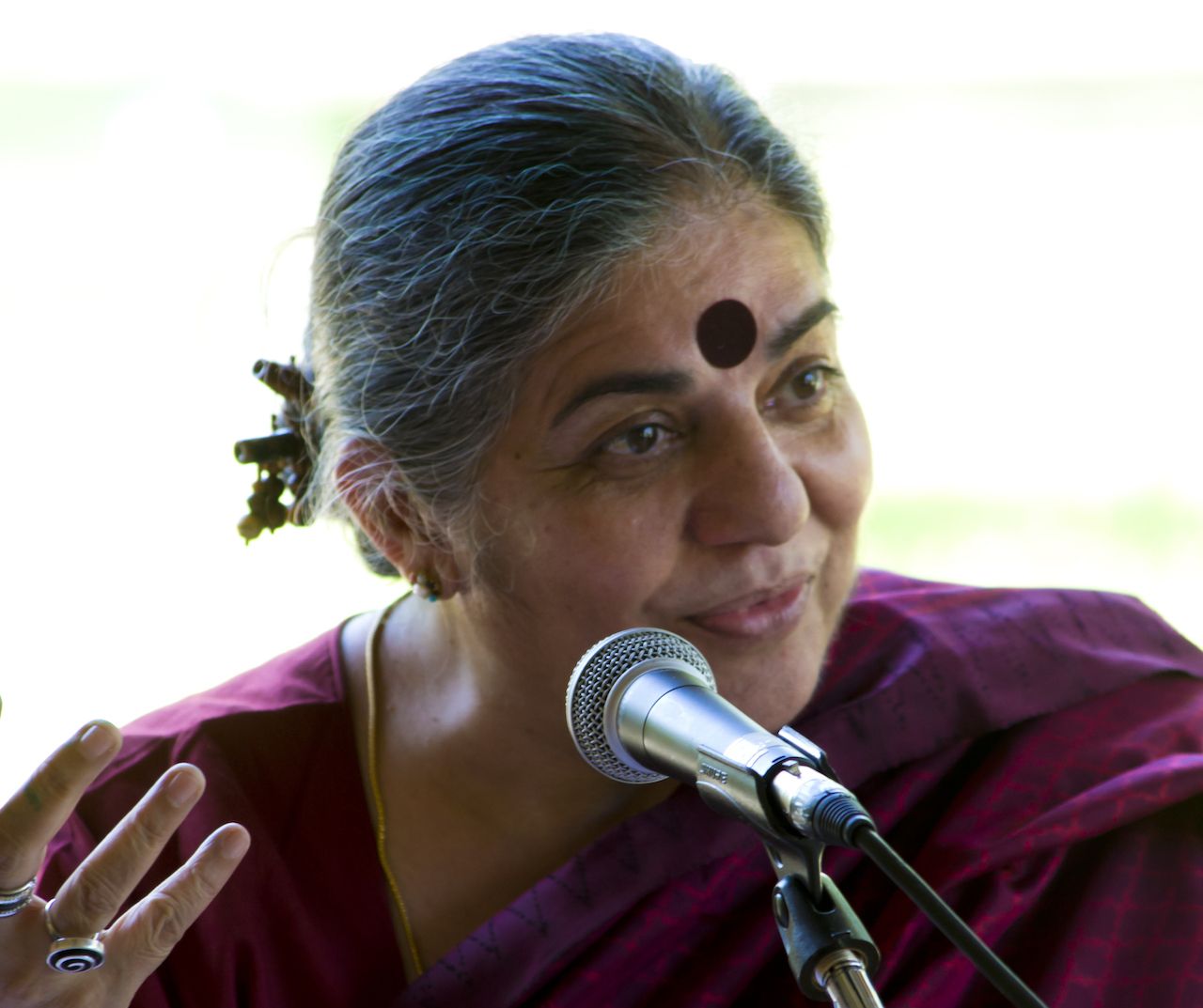 Vandana Shiva championed local and organic well before they were trendy. She founded the Navdanya foundation back in 1991; through it, she works with farmers in India to preserve native plants and biodiversity in farming. She has fought against the monopolization of agriculture by massive agroindustry companies and has waged campaigns around India to promote diverse agriculture. She has been a vociferous promoter of women’s roles in agriculture and sustainability. Her stance against GMO seeds — and the companies that make them — has made her a controversial figure, but she is nonetheless the recipient of multiple awards, the author of 20 books, a participant in global conferences, and an inspiration to women and small farmers and ranchers standing up against agribusiness and factory farms. 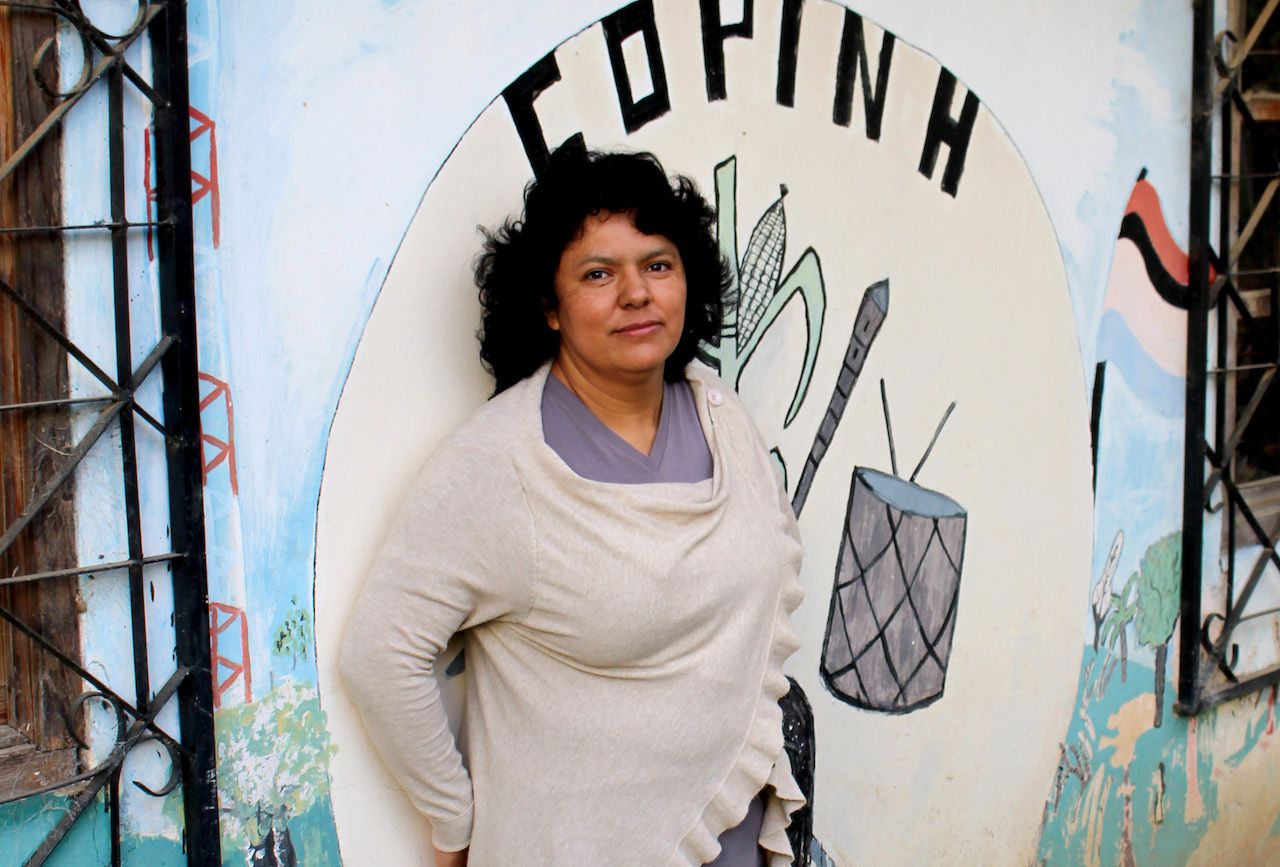 Berta Cacerés founded the Council of Popular and Indigenous Organizations of Honduras and, most notably, was successful in stopping the creation of a massive hydroelectric dam project on the Gualcarque River — a project which could have threatened the Lenca people’s access to clean water. Before successfully combating Sinohydro, the world’s largest dam builder, and the International Finance Corporation, which had backed the multi-dam project, Cáceres was already involved in supporting Indigenous rights and combating deforestation from illegal logging. Cáceres’s success stands out not just for her tenacity but for her courage, as Honduras was turning into one of the most dangerous places in the world for environmentalists. Three years after stopping the damn project, Cáceres was murdered in 2016. She remains an inspiration to environmentalists everywhere. 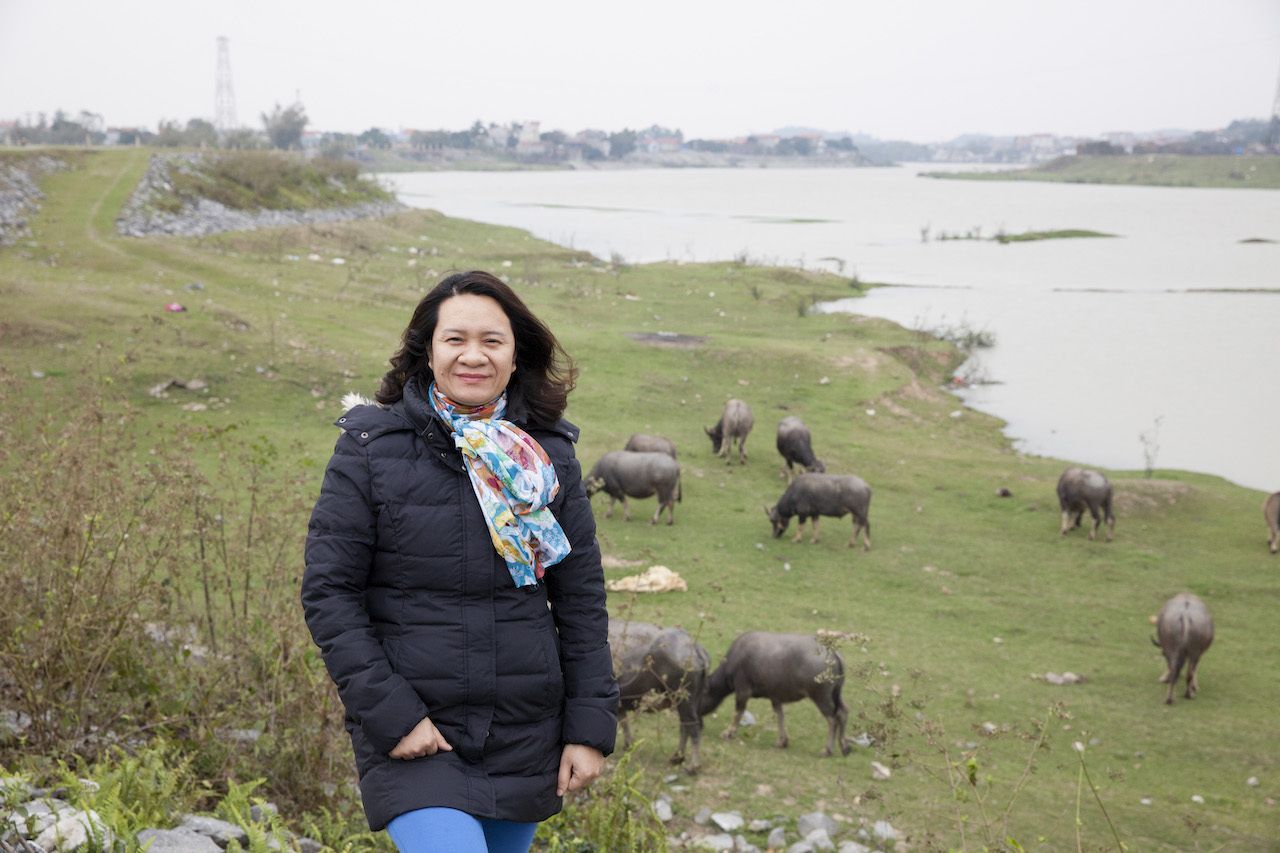 Growing up near a coal plant in a small village in Vietnam, Nguy Thi Khanh saw mining’s ill effects on the environment and the health of those in her community. She founded the Green Innovation and Development Centre (GreenID) to promote sustainable energy and development in a country whose energy needs have been growing dramatically. She set up the Vietnam Sustainable Energy Alliance to bring together national and international environmental groups and has worked with policymakers to focus on moving away from unsustainable energy sources. She spreadhead efforts that succeeded in persuading the government of Vietnam to revise its coal-power-heavy, multi-year energy plan to include a bigger percentage of renewable energy from wind and solar power. Her work earned her the 2018 Goldman Environmental Prize. 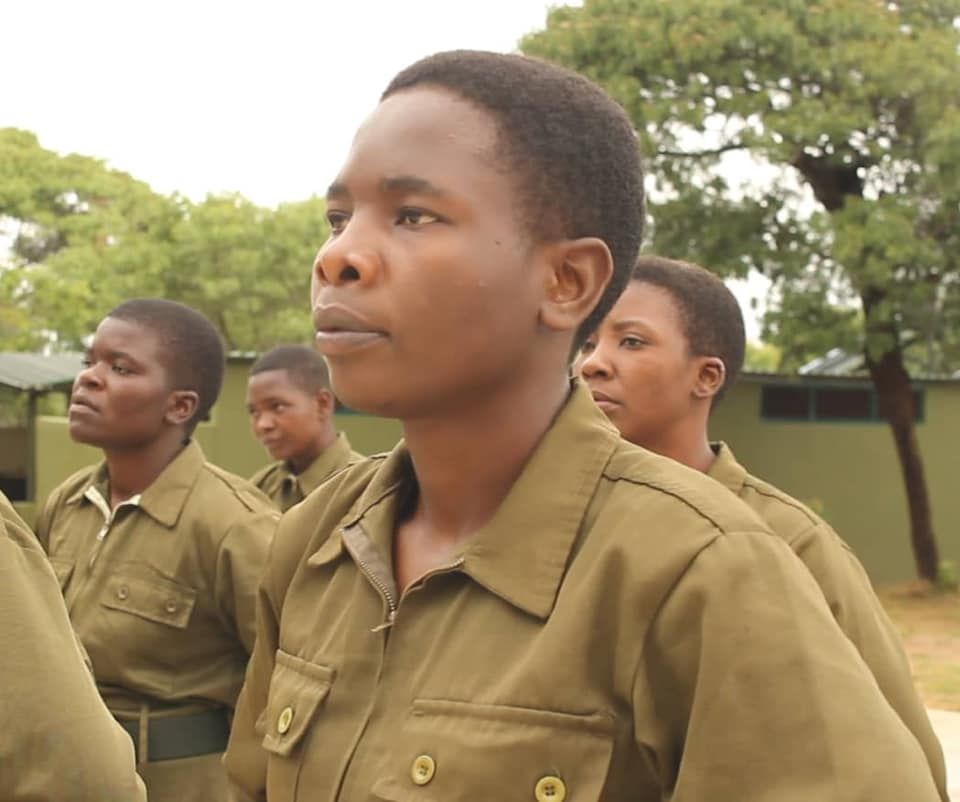 If there is one thing that women know, it’s that collaboration can often get you much further than going it alone. That’s why we are also profiling groups of women who are doing the hard — and even dangerous — work on the ground to protect biodiversity in their native countries. In Zimbabwe, women are working as wildlife rangers to protect against poaching in a group known as Akashinga, which means “the brave ones” in Ashona. They are part of the International Anti-Poaching Foundation, founded by an Australian conservationist. The original women selected for the program were often single mothers or victims of abuse. The program has not only empowered them but also helped bring community involvement into the protection of rhinos and elephants from poaching, and has now expanded to South Africa.

Sustainability7 Inspiring Youth Climate Activists You Should Be Following
Tagged
Activism Female Travel Sustainability
What did you think of this story?
Meh
Good
Awesome