Last week at a rally, President Donald Trump boasted that if he needed more funds for his campaign contributions, he could phone Exxon and ask for a contribution in return for permits. Since doing so would be bribery, ExxonMobil, the country’s largest fossil fuels company, felt compelled to tweet that such a request never took place.

Even if that phone call didn’t take place, the rewards that the Trump Administration has given the fossil fuel industry and other extractive industries are well documented. From engaging in the biggest reversal of national monument protections in history to opening the Arctic Wildlife Refuge to oil drilling and just this week permitting extensive logging in the country’s largest national forest, Trump has made a mockery of environmental protection at every available turn, to the benefit of industry.

Unfortunately, he’s not an outlier.

The world has looked on in horror as the pace of the Amazon’s destruction has accelerated, even as we know that we need its trees to combat climate change and as scientists warn that the Amazon may soon cease to be a rainforest at all. Yet Brazil’s president Jair Bolsonaro — whom we have called a threat to the planet — appears unmoved by any scientific arguments at all. By taking an anti-environmental stance, Bolsonaro has assured the loyalty and financial backing of powerful economic actors who stand to benefit enormously and who know their harmful activities would be impossible under a different, green-thinking president.

“Bolsonaro embraces the interests of agro-business, the most predatory agro-business that exists,” says Roberto Goulart Menezes, the associate professor of the Institute of International Relations at the University of Brasilia. “He wants to reduce environmental protections in Brazil.”

The reason for that, explains Menezes, is that Bolsonaro “doesn’t have a national agenda because he never had a national agenda.” Menezes says that during 27 years as a Congressman, Bolsonaro failed to pass any significant legislation. In fact, only two of his proposals were enacted. Rather, Bolsonaro used the seat and the 25 paid aide positions that come with it to employ and enrich his family members, says Menezes.

Using the environment to sow division 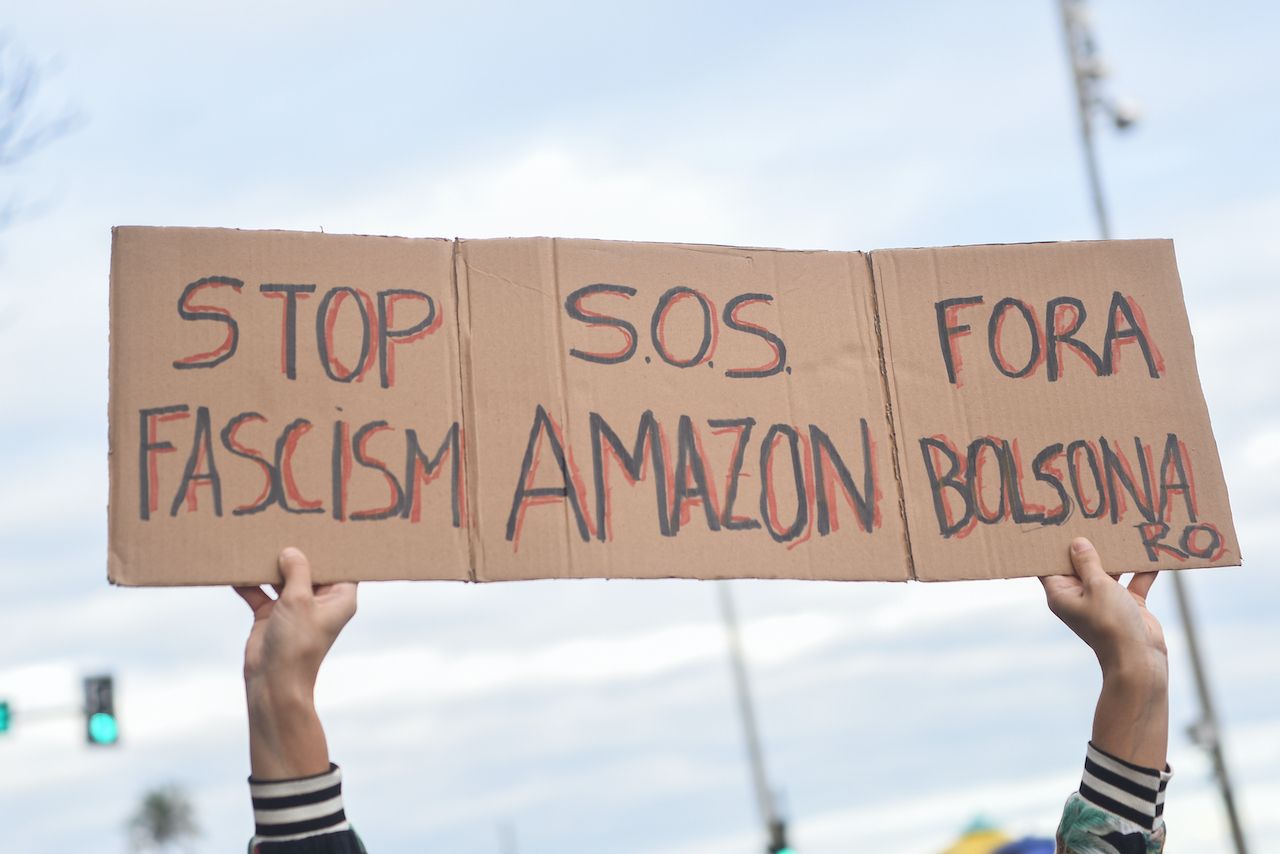 While Bolsonaro once had no serious national agenda, he has found that sowing division is a handy way to hold onto power. As we noted during the Black Lives Matter protests, national leaders with authoritarian leanings foment distrust within their own country to justify their own strong-arm tactics. In Bolsonaro’s case, he pits white Brazilians against the Indigenous people whom he has called smelly and uneducated.

“Bolsonaro said, ‘In my government there won’t be one centimeter of land for the indigenous,’” says Menezes. More menacingly, Menezes notes, Bolsonaro supports the gun-owning culture he sees in the United States. “In the countryside, Bolsonaro advocates arming landowners at all costs, especially large landowners and land grabbers, as in the Amazon.”

The ultimate reason behind this is not only to set Brazilians against each other but to secure a loyal base of financial and political support. He promotes “the interests of the most predatory agro-business there is and mining in indigenous lands,” says Menezes. At the same time, Bolsonaro is dismantling those aspects of the civil service that would constrain those entities, like CONAMA, the National Council for the Environment, which is essentially Brazil’s Environmental Protection Agency. 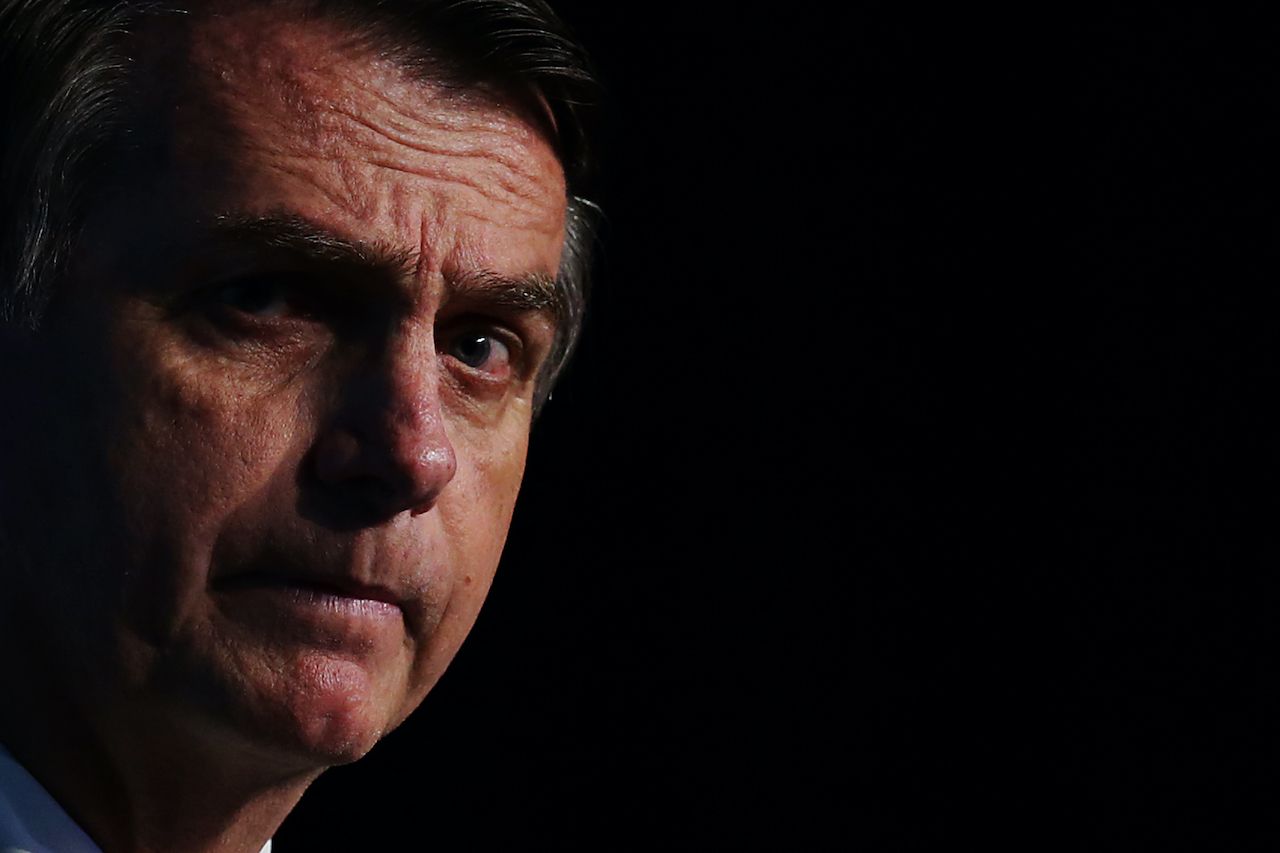 While much of the world is demanding that exploitation of the Amazon cease immediately, Bolsonaro defends the ambitions of mining companies that have submitted hundreds of applications to extract copper, gold, and other metals from within protected areas. Illegal cattle ranching, the main driver of deforestation, goes unpunished in Bolsonaro’s Brazil. That’s a plus for ranchers and big farmers whose hefty donations were key to Bolsonaro’s 2018 election victory.

If you wonder why some politicians seem so prepared to destroy the national patrimony they’ve been sworn to uphold, ask yourself whether those politicians are really trying to unify the country and exercise power democratically. If not, then their power relies on something else. Often that’s the financial and even tactical support of vested interests like, say, mining conglomerates. A few trees, or an Indigenous village, are a small sacrifice in return for political patronage from those interests.

More significantly, those same entities know that another leader might have a greener environmental approach, one which would constrict or even threaten their commercial aspirations. So they’ll stick with their guy, despite policy disagreements — like the fossil-fuel tycoon Koch brothers did with Trump.

In Turkey, President Recep Erdogan has been tightening his grip on power in recent years, so much so that neither professors nor journalists were willing to speak to me on record. (Considering that Turkey froze the assets of an exiled opposition journalist earlier this month, that is understandable.) But the Turkish citizens I spoke with all agreed the Erdogan regime’s environmental disregard had reached crisis levels.

Last year, we reported on Turkey’s plans to flood the world’s oldest continuously inhabited human settlement in order to build a dam. Despite the world’s alarm, bulldozers arrived, displacing 70,000 people and flooding a picturesque, ancient valley. In western Turkey, activists have been protesting mining plans of the Canadian company Alamos Gold, which they say will poison waterways with cyanide. 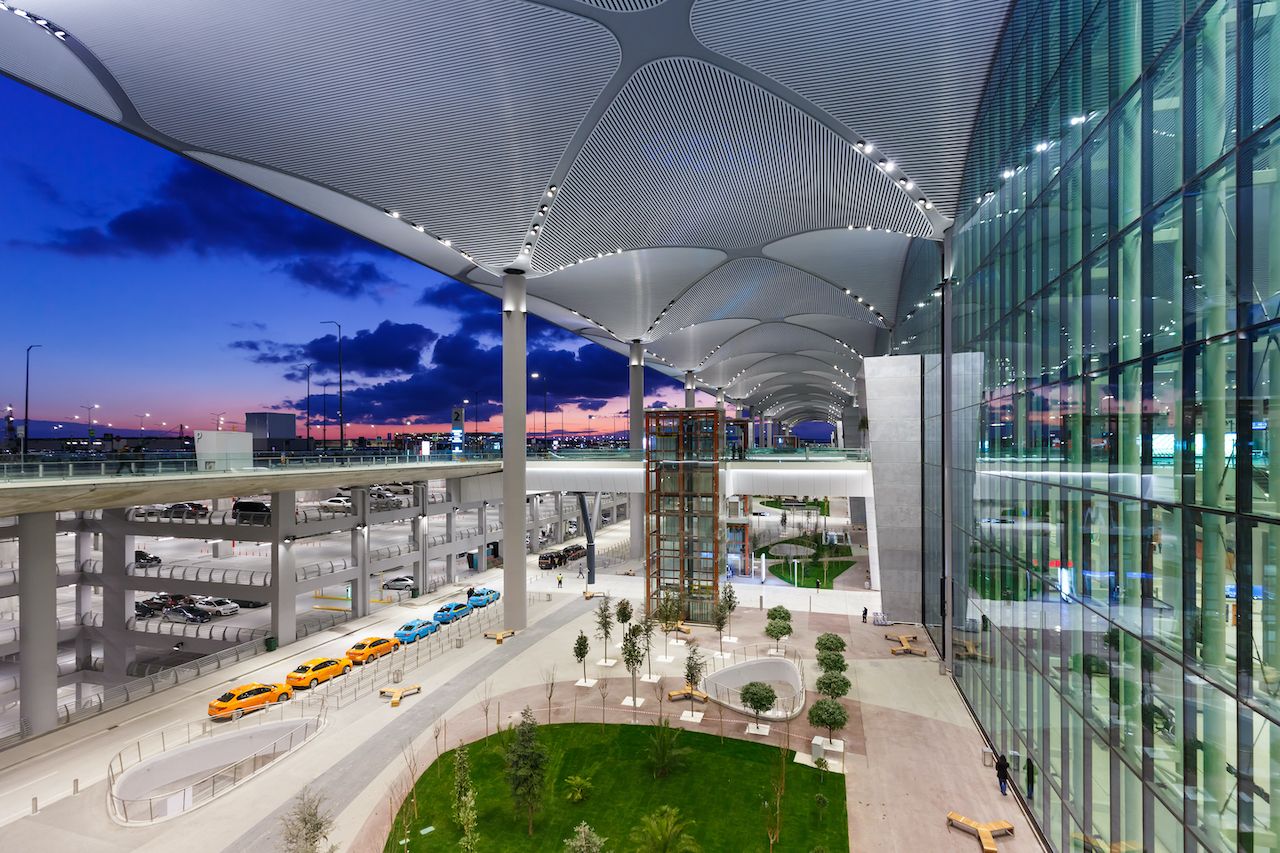 The new Istanbul Airport inspires awe and dismay with its gratuitous, energy-sapping immensity. Worse than being inside the behemoth is looking at it from above, seeing a massive slab of Istanbul’s only remaining forest simply gone. As of last year, 1.5 million trees were lost in a plan to make an airport that will eventually cover 30 square miles, six times the size of Heathrow. Environmentalists say destroying this threatens Istanbul’s supply of clean air and water.

Even more audacious is a plan to build Canal Istanbul, a 28-mile-long artificial Bosphorus to the west of the actual Bosphorus. The multi-billion-dollar channel dream will cause irreparable environmental harm but will enrich the well-connected families that have snapped up land in an area called Sazlibosna, near the proposed canal. Each of these “crazy projects,” as Erdogan himself has called them, has all served as a “key political tool” of the government, enriching a newly wealthy class of supporters.

Ecological pillaging in exchange for political patronage appears, sadly, to be a classic tool of populist leaders more focused on maintaining and rewarding a loyal base of wealthy supporters than concerning themselves with environmental sustainability.

In India, the government of Narendra Modi has made it easier for developers to shirk their green responsibilities and is trying to reduce environmental oversight of businesses operating in the country. And in the Philippines, the strongman Rodrigo Duterte has overseen the killing of more environmental and land activists than any other world leader.

Fortunately, there are exceptions. In Hungary, which is an EU-member state and dependent on tourism, President Viktor Orbán has sought to pursue a more environmentally driven agenda.

“Orbán is the odd autocrat out on this one, at least when it comes to rhetoric,” says Kim Lane Scheppele, a professor of sociology and international affairs at Princeton University, via email, noting that Orbán took a stand against GMO crops and Monsanto. “In fact, he’s made much of his green credentials.”

“So unlike Trump and Bolsonaro, Orbán pretends to be an environmentalist,” Scheppele says. Despite Orbán’s “Green Hungary” agenda, though, Scheppele says there’s some evidence Orbán’s approach may be “all for show.”

“He uses every chance he gets to support Green initiatives — for example, Hungary was one of the first to sign the Paris agreement,” she says. “But on the ground, the Green program only goes so far.”

Nonetheless, a stated commitment to the environment and support for real science is a welcome departure from what other populist leaders are espousing. Given that neither the planet nor the local communities impacted by massive giga-projects can take much more of this eco-madness, Hungary’s “greenwashing” is at least better than blatant ecological disdain.

And it tells us that, when populations and other interested parties make their voices heard, leaders will at least have to listen. EU pressure on Hungary matters. And while the EU has put pressure on Brazil, as well, Brazil’s largest trading partners, including the US, have not.

So while those of us who vote in the US can’t vote out Bolsonaro — or Erdogan or Modi — we can vote for a leader in our country who won’t be beholden to Earth-trashing megacorps. And who will, like France’s President Emmanuel Macron, demand an end to Amazon fires, many deliberately set, and, perhaps, a halt in the construction of a massive, artificial channel when a beautiful, natural one already exists.

NewsSir David Attenborough and Prince William Team Up To Launch ‘Nobel Prize for Environmentalism’
Tagged
Activism Sustainability
What did you think of this story?
Meh
Good
Awesome