This month Costa Rica’s Playa Hermosa became the newest World Surf Reserve, a prestigious title that has to be earned through an extensive application process. Only one location per year can win the title of World Surf Reserve, and it’s dependent on a lot more than epic waves — although those are of course a key ingredient. Rather, a community earns the recognition for maintaining the natural coastal and marine environment that helps create that wave.

When you opt to travel to a place with a World Surf Reserve designation, you’ll know that you’re likely not only going to ride some incredible waves, but you’re also contributing to the local economy of a place that has made a long-term commitment to the entire surf ecosystem. There are 11 World Surf Reserves to date, and with waves this good, we can’t wait to see what’s coming next. 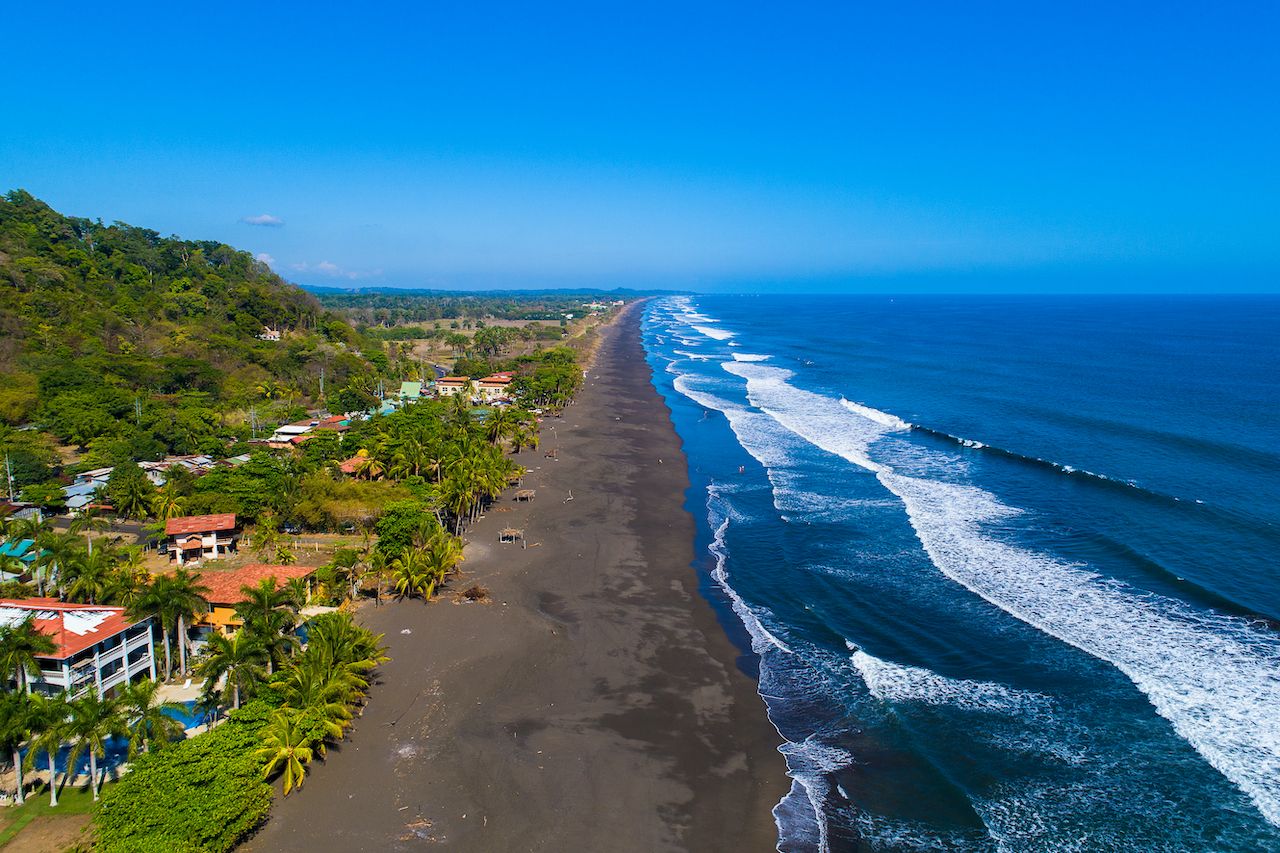 It’s no surprise that Costa Rica should earn a World Surf Reserve designation. The country’s Pacific Coast, particularly in its province of Guanacaste, has some of the most desirable surf conditions in the Americas — with consistent swells during the dry months of winter and spring, warm weather, and a welcoming pura vida approach to life. Moreover, Costa Rica has become a model for the rest of the world in its approach to safeguarding its environment, even earning it a shoutout in David Attenborough’s just-released film A Life On Our Planet. The black-sand beach and powerful waves of Playa Hermosa combine with the area’s rich biodiversity and a community dedicated to preserving it in a way that highlights not only important values that the Save the Waves Foundation is seeking to champion but also some of what makes surfing anywhere in Costa Rica an incredible experience. 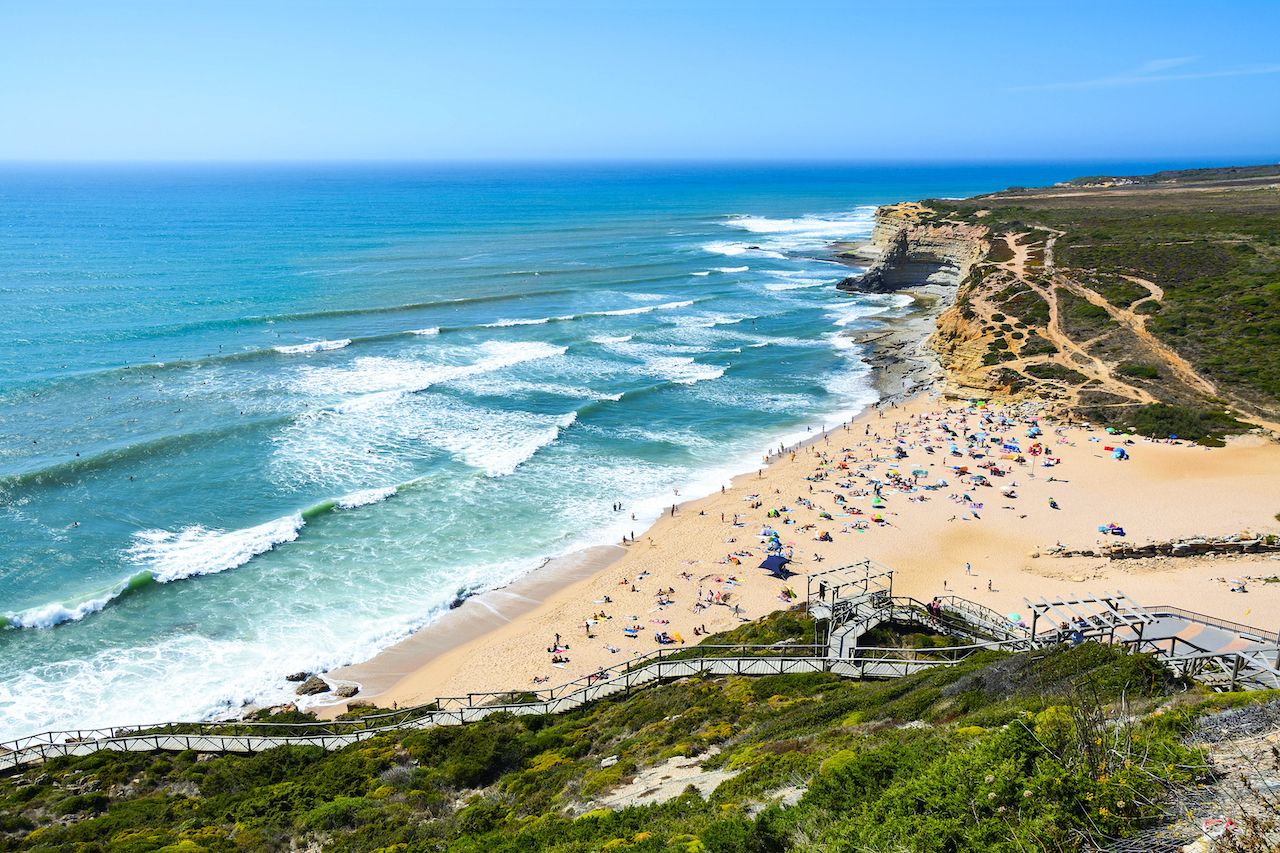 Portugal has some of the best waves in Europe, and its beaches have attracted surfers from around the world. They run the gamut from gentle rollers to the world’s most terrifying wave, Nazaré. Yet a drive up the coast north of Lisbon also shows intermittent breakwaters that have done away with once rideable waves — particularly the fearsome rights that come with swells from the North. North of Lisbon, the town of Ericeira is one of the few places in the world that you can count on waves nearly every day of the year. In fact, one of the best surfers in the world, Kanoa Igarashi, left his California home to live full-time in Ericeira. But Ericeira also has an incredibly rich marine environment, with over 1,000 marine species, and protected cliffs and streams that feed into its oceans and nurture its ocean’s vitality. The World Surf Reserve designation is visible at Ribeira d’Ilhas, an excellent surf break that just last month hosted an international World Surf League championship. 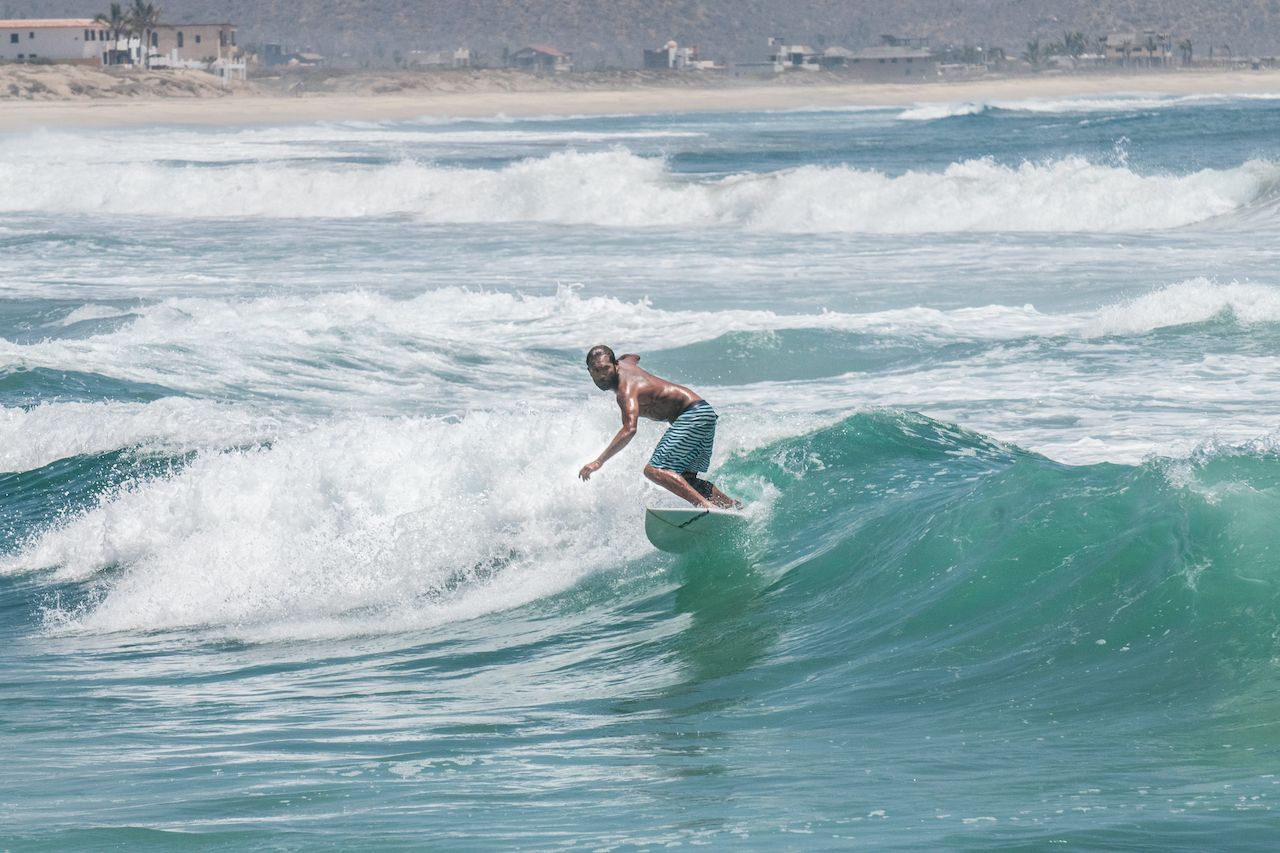 Located at the southern end of the Baja California Peninsula, Todos Santos looks out west to the Pacific. It enjoys swells coming from north and south and can offer up everything from easy-to-manage right-handers to some very big and fast waves. This area of Baja is far from the big cities, about an hour north of Cabo San Lucas, and the World Surf Reserve designation ensures that any future development will keep the coastal environment top of mind, seeking to preserve not only the waves but also the sea creatures that live within and among them. 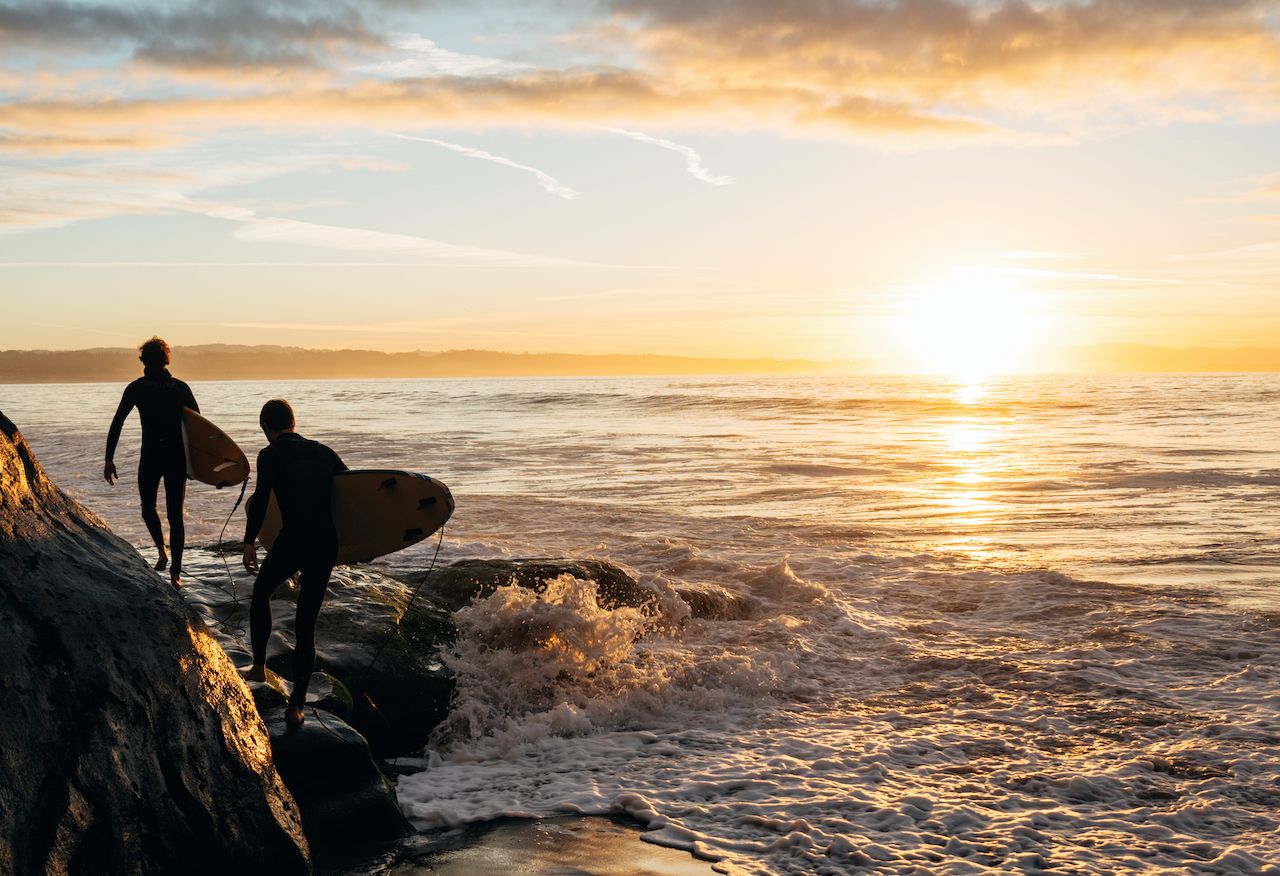 Santa Cruz and Huntington Beach both used to call themselves Surf City USA, until in the early 2000s Huntington Beach trademarked the name and won the sole right to call itself that in court. Santa Cruz has the last laugh, though, because it has since earned the World Surf Reserve designation, and with good reason. With miles of reef breaks, Santa Cruz has some of the most sought-after waves on the Pacific Coast. It’s located on the north end of Monterey Bay, with reefs that coax the waves into everything from steep, hollow, expert waves at places like Steamer Lane to perfectly shaped rights carrying elegant longboarders on seemingly endless rides at Paradise Point. Moreover, the Monterey Bay is one of the richest marine ecosystems in California — and it’s not unusual to see sea otters, seals, dolphins, and sometimes hundreds of pelicans playing in the waves alongside you. 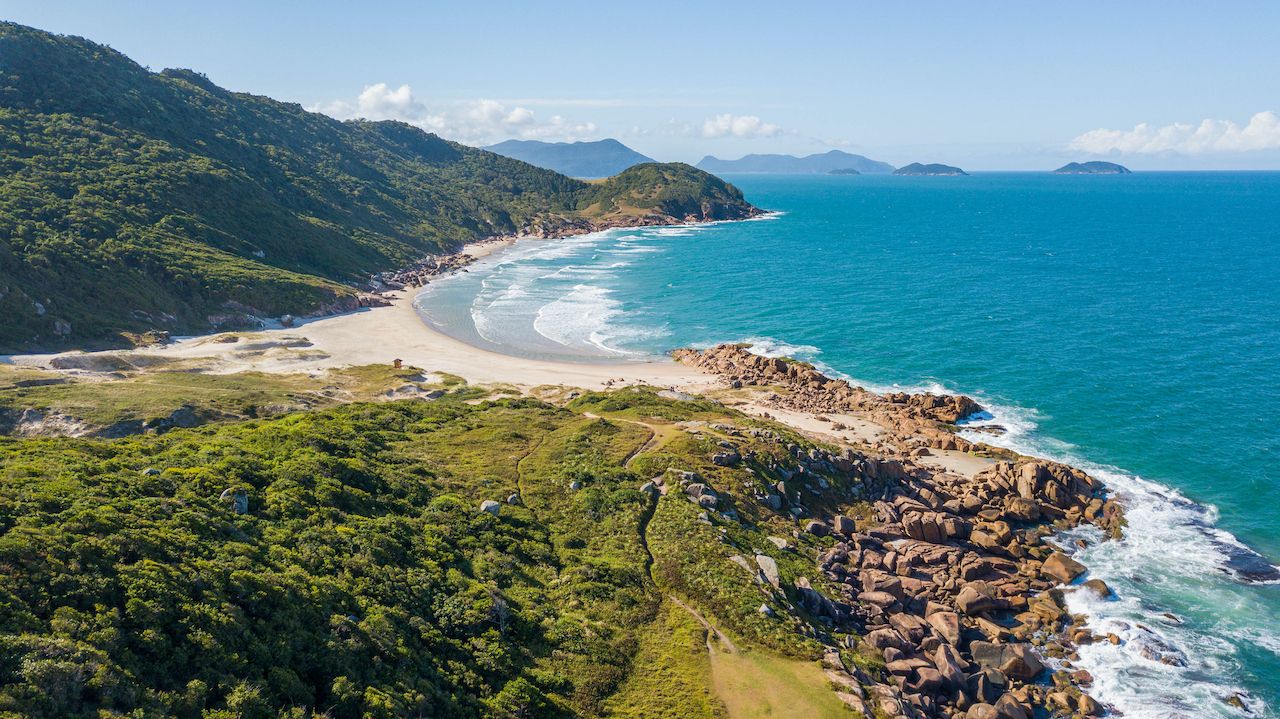 Florianopolis in southern Brazil has become a surf haven. It offers up excellent surfing and a more pristine environment than can be found near cities like Rio de Janeiro. South of Florianopolis itself, Guarda do Embau is a paradise of an area on the edge of the Serra do Tabuleiro State Park. Pale sand coves are flanked by forest mountainsides that soar straight up behind them; elsewhere, estuaries and sand dunes add to the natural beauty. And, with all that, Guarda do Embaú also has one of the best waves on the Atlantic coast of South America. 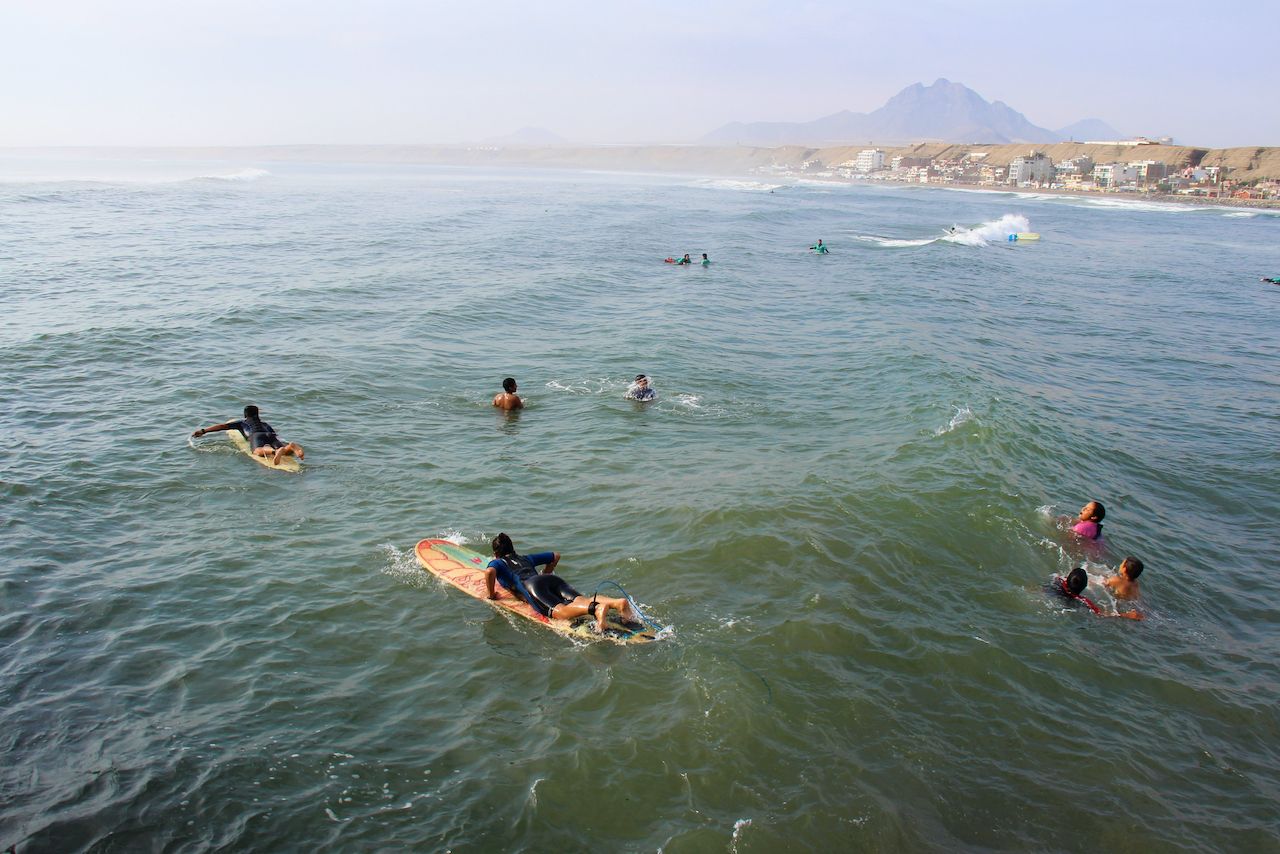 With 1,500 miles of coastline, Peru is one of the more underrated surf spots in the world. In Peru’s north, the area from Huanchaco to Puerto Malabrigo was once known only for its fishing, an activity that sustained its local communities for generations. More recently, the wave at Chicama earned the distinction of being the longest left in the world. The massive worn cliffs of this region attest to the fact that this part of the coast receives the oncoming currents from Antarctica at an angle, bringing endless lines of peeling waves all year. Local communities here depend on the bounty of these waters and are committed to maintaining the area’s marine health. On summer days the rights that roll from the points southwards towards the Malibu Pier are jam-packed with longboarders and some of the best looking surfers on the west coast. (It is LA, after all). Yet for surfers who know what they’re doing and earn their place in the line-up, it’s a chill SoCal vibe. Despite the crowds, the waves are so consistent and so good, there seems to be something for everyone. Come colder weather and intense winter swells, Malibu gets a lot more territorial. In those months, you might be better off admiring them from the pier itself. But it’s a worthy site. Despite development pressures in LA County, Malibu has done an admirable job of keeping its beaches clean and preserving its waves for the crowds at any time of year. 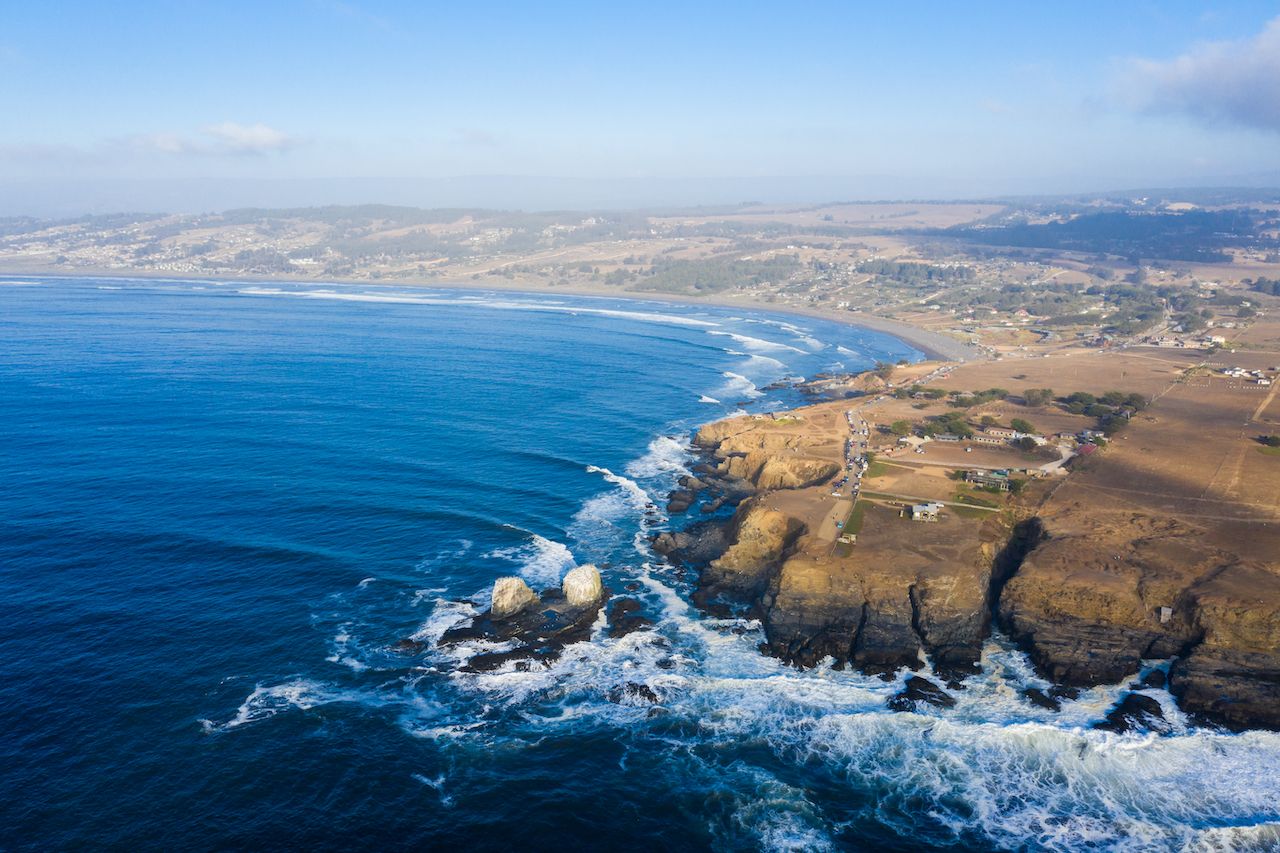 Chile’s surf treasures are only recently being discovered to travelers from outside the country. Its icy water — coming up from Antarctica in the form of the Humboldt current — has scared off plenty of prospective surfers. But those who do go to Chile realize that that very current produces excellent swells all year. Within this wealth of waves, Punta de Lobos north of Santiago is especially notable — not just for its powerful rollers but for the fact that, in 2015, Patagonia teamed up with the Save the Waves to purchase the land here. The work keeps it safe from development and keeps the water clean from run-off. With the help of other foundations, the Lobos point was purchased, a win not just for the surfers seeking out one of the best lefts on the continents but for the people, plants, and animals that call this stunning area of Chile home. 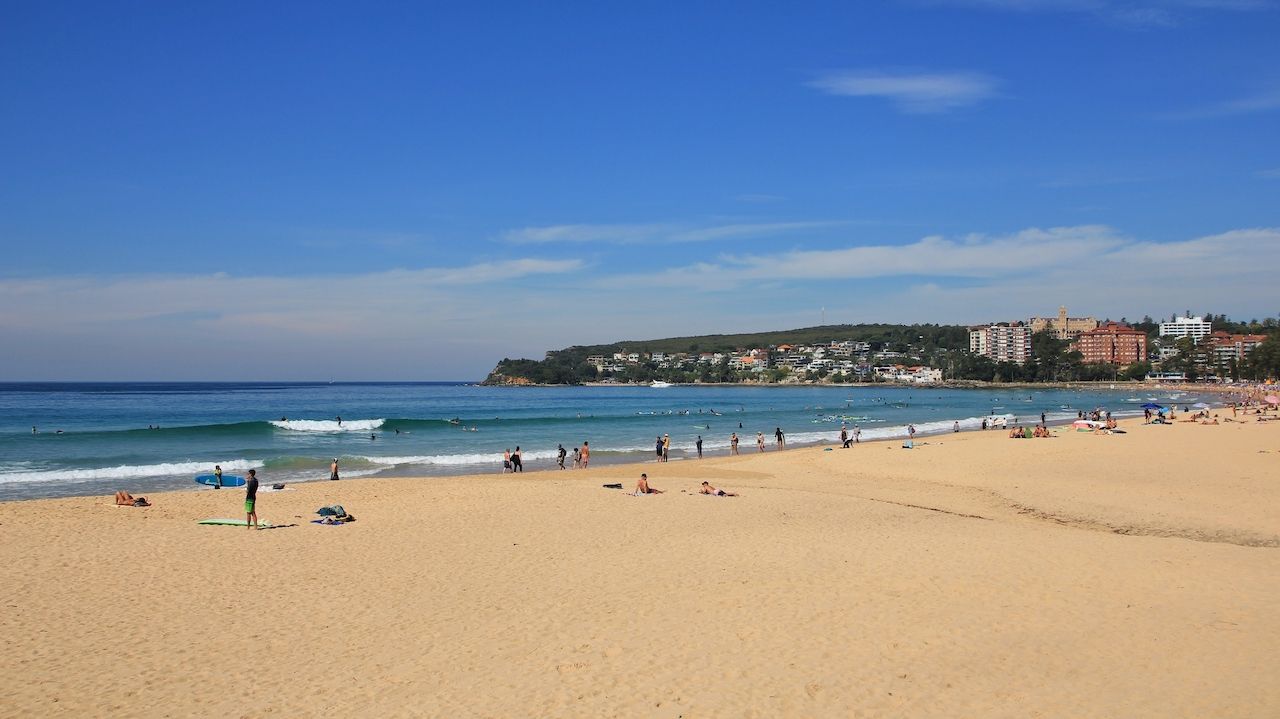 Widely known as the birthplace of surfing in Australia, itself quite possibly the most surf-obsessed country on the planet, it’s only fitting that Manly Beach should be regarded as a World Surf Reserve. In many ways, Manly has the title — presented at an event attended by surf legend Kelly Slater — because of surfing’s place in Australian culture and lifestyle. 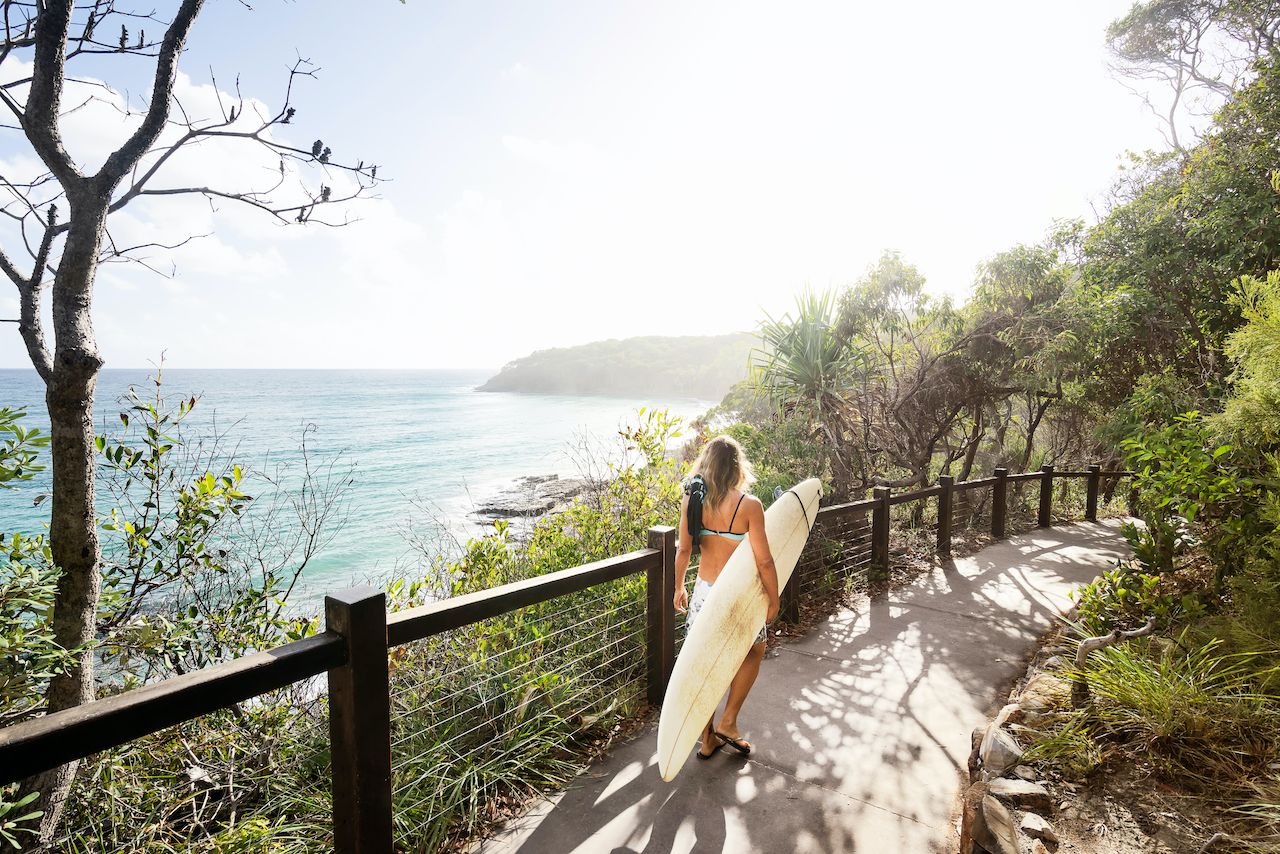 Noosa is a more classic recipient of the World Surf Reserve Title, as environmental protection becomes an increasingly important piece of the puzzle — and Noosa National Park is a stunning coastal reserve that helps preserve the entire coastal ecosystem. Surfers of every level who come to the Noosa area will find a wave for them — and they’ll want to come back year over year, since as they get better, Noosa will still have yet better waves to offer them. 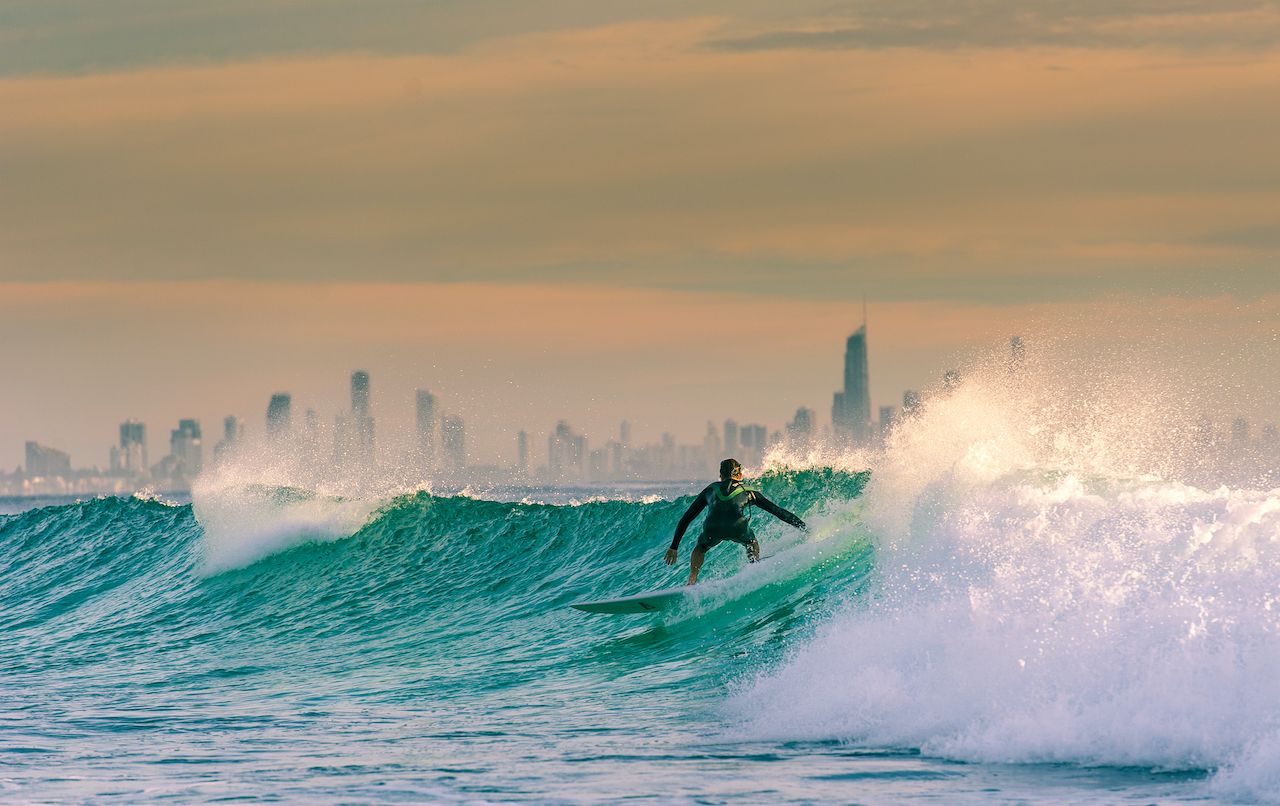 The Gold Coast shows that the World Surf Reserve title means something, as the state government of Queensland announced this year that it would do more to preserve the area’s environmental ecosystem — specifically stating that it would like to see the area preserved as a surf reserve. It shows that designations can help to crystallize the economic, touristic, and environmental value that these places hold, driving a commitment to sustaining natural ecosystems and the waves that depend on them.

SurfingHow To Get Started Surfing
Tagged
Beaches and Islands Surfing
What did you think of this story?
Meh
Good
Awesome