On the website for Dukes Bar at the Dukes Hotel in London, the first thing you see is a quote from the New York Times: “The hotel bar which some say concocts one of the world’s best Martinis.” The statement immediately establishes that the bar has a special drink, one that’s made with care each and every time. What it doesn’t tell you is that to make that Martini, one of the two ingredients is dumped on the carpeted floor shortly after it’s put into the glass.

The famous Dukes Martini is a ritualistic cocktail. It all starts on a tableside rosewood trolly with a placard that reads “Dukes Bar 1908.” It’s rolled out by bar manager Alessandro Palazzi (or one of his carefully trained bartenders) and loaded with Martini glasses and the gin or vodka of choice, pulled straight from the freezer. There are also two small bottles normally reserved for bitters on the cart that are filled with a vermouth Palazzi helped design the recipe for. Once the bartender arrives with the ingredients, the ritual begins.

First, the bartender shakes a couple dashes of vermouth into the frozen Martini glass. It’s swirled once, twice, three times and then tossed over the bartender’s shoulder onto the ground. The empty glass is then filled with gin or vodka, and the peel of an unwaxed, organic Amalfi lemon is expressed over the top. It’s reductively simple, ridiculously strong, and has resulted in plenty of happy customers and more than a few ruined patches of carpet.

How the Dukes Martini tradition began. 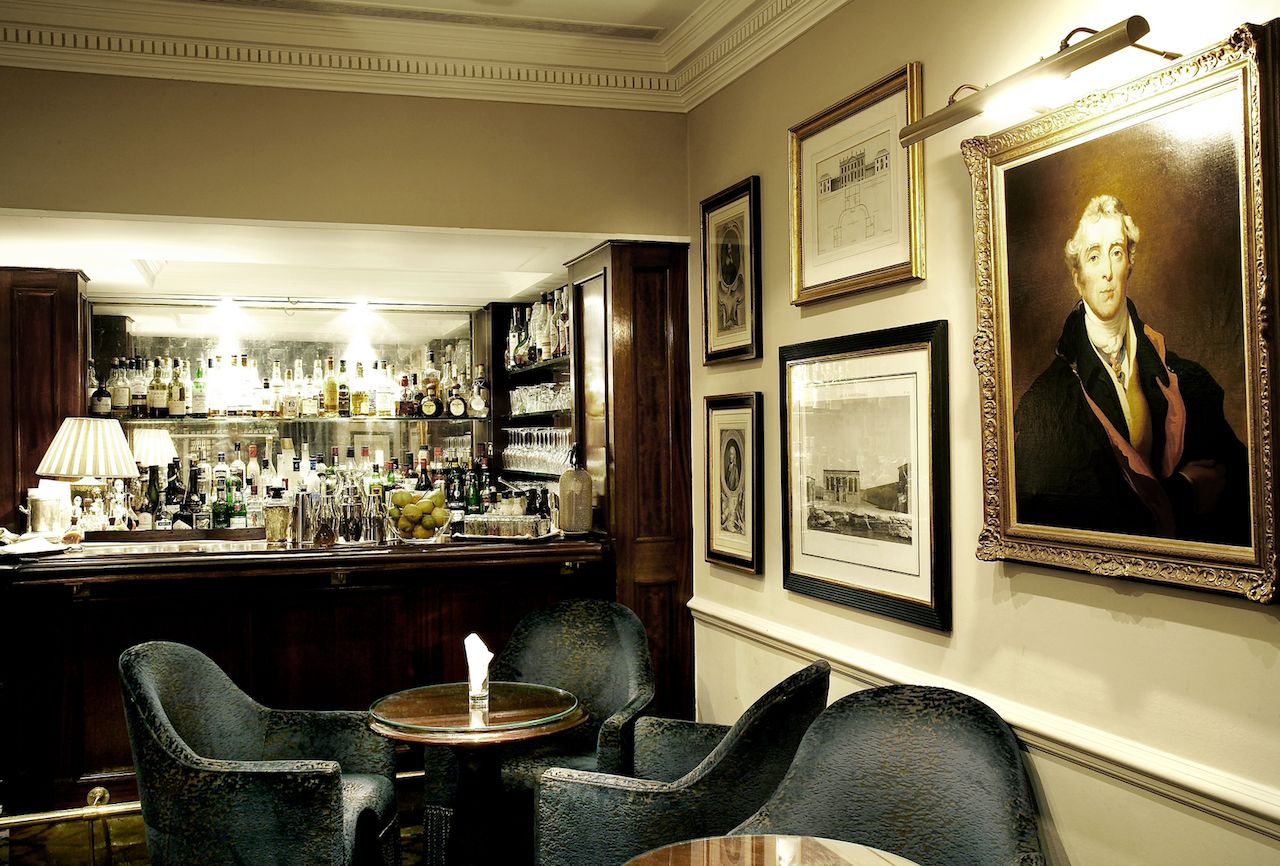 The Dukes Hotel turned 110 years old in 2018. Fans and regulars of the historic bar include Ian Fleming, the author of James Bond. It’s only in the past 35 years that there’s been a strong focus on the hotel bar, however. In the mid-1980s, bar manager Salvatore Calabrese brought what he called the “direct Martini” to the Dukes Hotel. The technique uses gin or vodka pulled from the freezer and poured directly into the glass instead of being stirred over ice like a traditional Martini. That means it’s not diluted in the slightest. That’s either a positive or a negative depending on your disposition toward strong drinks, and for many writers who’ve made the bar famous, it’s a strong positive. San Francisco Chronicle journalist Stanton Delaplane was one of the first to take notice of the Martini and promptly called it the “best Martini in England.”

After Calabrese left Dukes, Gilberto Preti took over. Alessandro Palazzi came after Preti in 2007, and he brought renewed attention to the Dukes Martini. 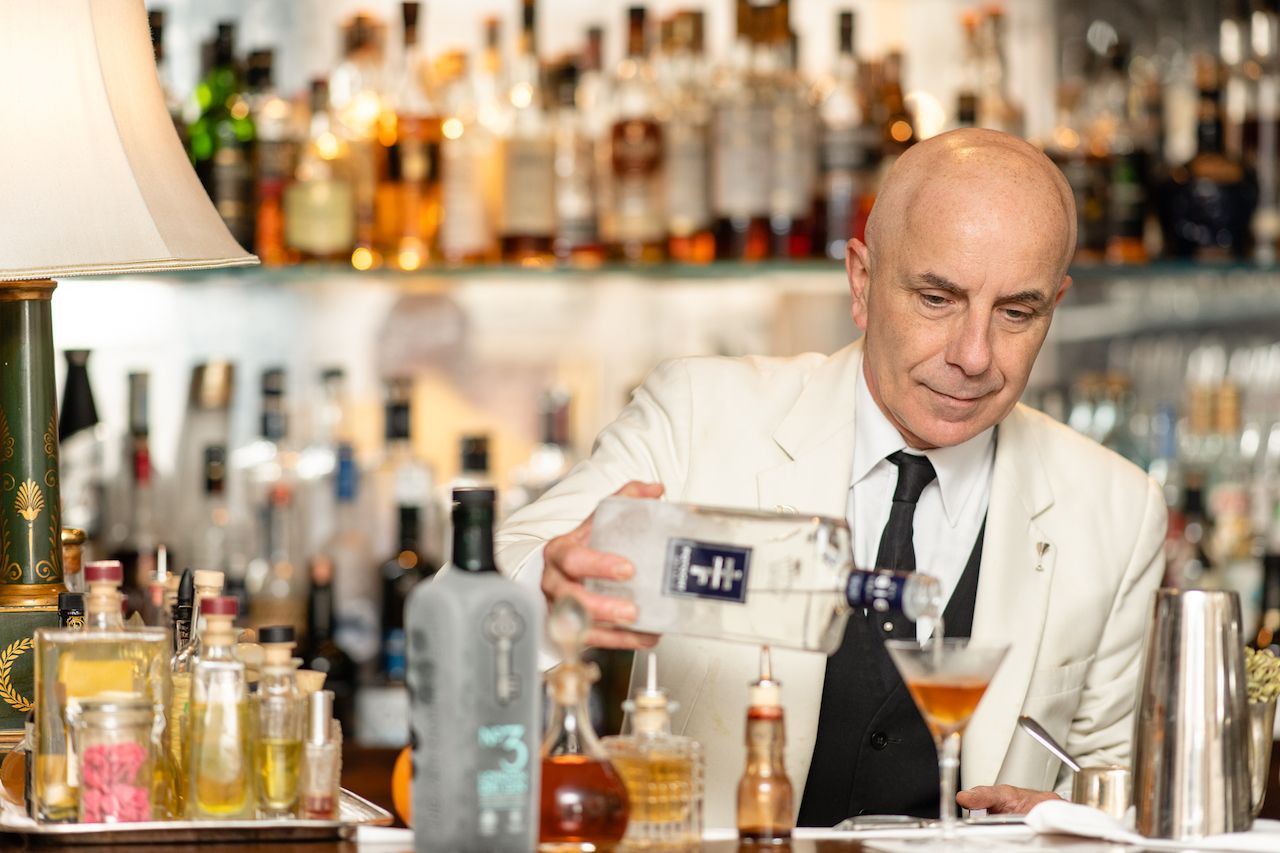 To start, Palazzi partnered with Sacred Distillery in north London to make a vermouth to his exacting taste buds. It might seem weird to create a custom vermouth that you’re just going to dump out on the carpet, but that’s the dedication Palazzi has to the subtle flavor the vermouth rinse adds. Speaking with Palazzi, he says the dumped out vermouth — a tradition he started seven years ago — makes all the difference.

“People used to talk about a specific move that the previous bar manager — my mentor — used to do when preparing the Martinis,” Palazzi says. “When I took over Dukes Bar, people were constantly mentioning that, and then I came up with my own move, which started as a joke but is now known around the world — and actually some bartenders even copy it. The vermouth we use is very strong, so what we need is literally just a wash of it.”

Then comes the main liquor, which is usually gin but sometimes vodka. There are 15 different gins kept in the freezer, and Palazzi prefers anything juniper-forward. During a showing of the Dukes Martini at New York City’s Eleven Madison Park, Palazzi brought from London his vermouth — which isn’t distributed in the States — and No. 3 London Dry Gin, a junipery gin with a slight citrus note from orange and grapefruit peels.

The result is a strong cocktail meant for sipping. And by strong, we mean really strong. There’s a two-drink limit at the Dukes Bar because one drink is the equivalent of around five shots. The Martini is already a cocktail known for its strength — whether it’s three parts gin to one part vermouth, four-to-one, or even the 11-to-one Cold War Martini — but the method that Palazzi prefers is a variation on the strongest type of Martini: the in-and-out Martini (as in the vermouth goes in and is then thrown out). It’s taken a step further at Dukes by keeping the gin in the freezer rather than chilling the liquor down by stirring with ice and diluting it.

As for the carpet, we imagine it has to be cleaned quite a bit thanks to all that spilt vermouth. Palazzi simply says, “This carpet has too much of history… and I believe our guests actually enjoy it. It’s all about this unique experience and the timeless atmosphere we offer.”

How to try the world-famous Martini for yourself. 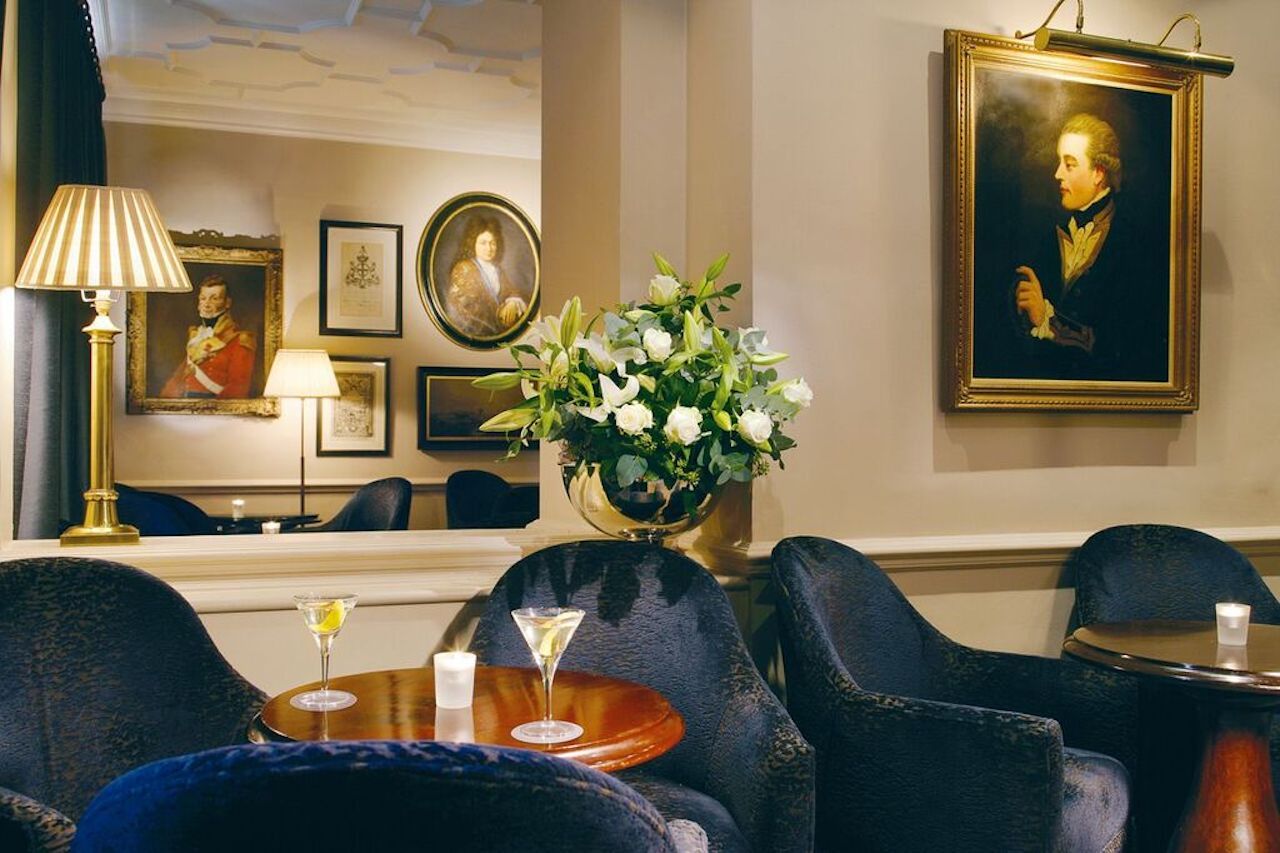 The Dukes Bar is open Monday through Saturday from 2:00 PM to 11:00 PM, as well as Sundays from 4:00 PM to 10:30 PM. The dress code is smart casual, so don’t show up in your newest athleisure outfit or the jeans you think are fancy.

“Dukes Bar was the first bar in the world to prepare the Martinis in the trolley and to do it with a frozen glass and frozen gin,” Palazzi says. “It’s a simple but very unique technique. The bar has a strong reputation thanks to the teamwork and won many awards through the years; nowadays we are known all over the world for having the best Martini, and of course, it is not just a drink, it’s an experience.”

If two-limit Martinis aren’t your cup of tea, the bar offers a special called the MarTEAni Afternoon Tea, which is three mini Martinis made with The East India Company Gin and paired with three afternoon tea courses. It doesn’t get much more English than that.

What Your Bartender Really Thinks of Your Cocktail Order
Tagged
Food + Drink Spirits + Cocktails
What did you think of this story?
Meh
Good
Awesome