In 2014, the Discovery Channel released its most melodramatic, fear-mongering, divisive show to ever appear on the network’s by-then iconic Shark Week series: Sharkageddon. The show supposedly relied on facts with a premise that Hawaii residents are facing a dangerous and unprecedented rise in shark attacks. But Discovery distorted statistics to draw that conclusion, and it was quickly debunked. In a detailed take down of Sharkageddon, Discover magazine wrote that “sharks are vital to Hawaiian ecosystems. We don’t need another ‘documentary’ vilifying these ecological and culturally important animals — we need one that explains why they matter, what they do for us, and why we should be fighting to save them.”

Shark Week had aired questionable shows in the past, most notably Megalodon (which implied that a gargantuan, blood-thirsty species of prehistoric shark still haunts the oceans; scientists agree that it most certainly does not), but Sharkageddon was different because it purported to be educational. The series opened up the debate over the ethics of Shark Week: Does the wildly popular series do enough to educate viewers about the wonders of sharks, or does it merely stoke irrational fears that may harm shark conservation efforts?

Since its inception in 1988, Shark Week has drawn ire from scientists, but has also found ways to partner with organizations that are dedicated to rehabilitating the shark’s image. Since 2010, Shark Week has partnered with both Oceana and the Pew Environment Group. It’s voiced support for the National Shark Fin Ban. The same year it aired Sharkageddon, Discovery also aired Shark Fight, a program about survivors of shark attacks who are now crusaders for shark conservation.

But in its 32-year run, Shark Week has also subjected viewers to programs like The 10 Deadliest Sharks, Anatomy of a Shark Bite, and Bull Shark: World’s Deadliest Shark. (In 2015, National Geographic launched its own version of Shark Week, called SharkFest, with a decidedly more educational tone: One standout program explained to viewers that the reason sharks are lurching closer to our shores is because climate change is wiping out their food supply and eroding their natural habitat farther out at sea.) 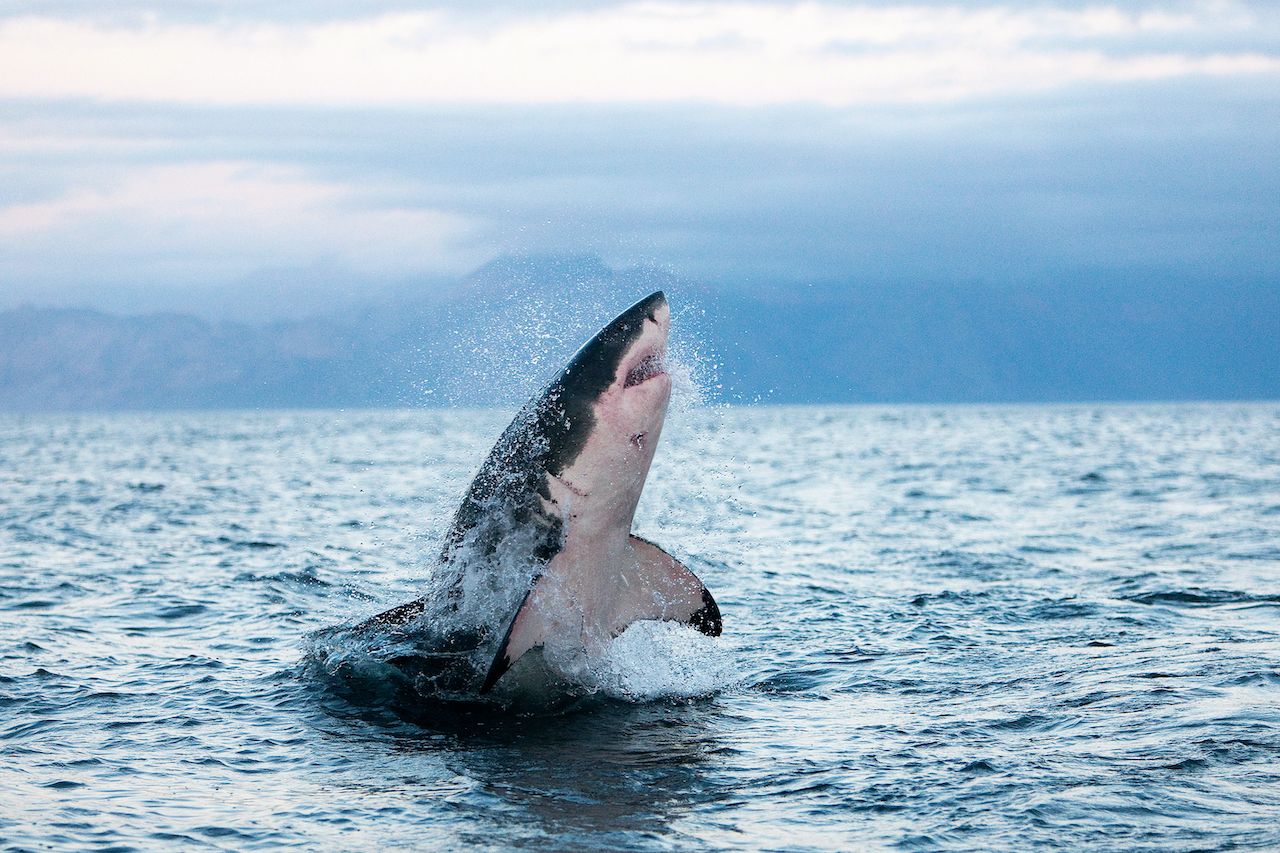 This year, Shark Week programming, which launches on August 7, waffles between the bizarre and informative. In one segment entitled Tyson vs. Jaws: Rumble on the Reef, boxer Mike Tyson will try to punch a shark “in the name of research.” In Off the Deep End, Will Smith confronts his fear of the open ocean by swimming with sharks. Air Jaws follows researchers who count shark breaches to find out if their numbers are rebounding. Jaws Awakens might have a sensationalist name, but it’s really just a show about two scientists trying to track down the largest great white shark in the world, who has been dubbed Fred.

Shark Week operates on a fascinating contradiction: It can both inflame misconceptions about the dangers sharks pose to humans and instill a sense of childlike wonder, potentially compelling audiences to demand that leaders fund shark conservation.

But that contradiction also highlights Shark Week’s staying power. Sharks evoke a tantalizing fear in humans with their conveyor belt of teeth and prowling, muscular bodies. We want to confront them head on (hello, people who swim with sharks in metal cages) and get as far away from them as possible. As Wired</em< writer Nick Stockton wrote in his essay about why we should all be watching Shark Week, “Sharks are really fucking scary. Perhaps primordially so.” And that fear compels people to watch.

It actually does matter what ideas about sharks the series promotes. Dr. Christopher Neff of Sydney University told shark researcher David Shiffman back in 2015 that “sensational shark “attack” coverage…impacts sharks directly because these perceptions increase fear of sharks and research shows that people who are more afraid prefer measures that kill sharks.” Basically, Shark Week needs to tone down the hysterics. Sensationalism might sell ads, but an entire species is at stake.

Viewers might enter the underwater world of Shark Week with goosebumps, but education can hopefully replace irrational fear with fascination. I would argue that there is hardly a creature alive today that is more fascinating than these ocean-going powerhouses. Sharks first appeared in Earth’s oceans 450 million years ago, which means that today humans share a planet with a creature that survived the extinction of almost every other dinosaur. Sharks have seen it all, and lived through it, and for that entire time they have maintained the health of our oceans by keeping fragile ecosystems in balance. 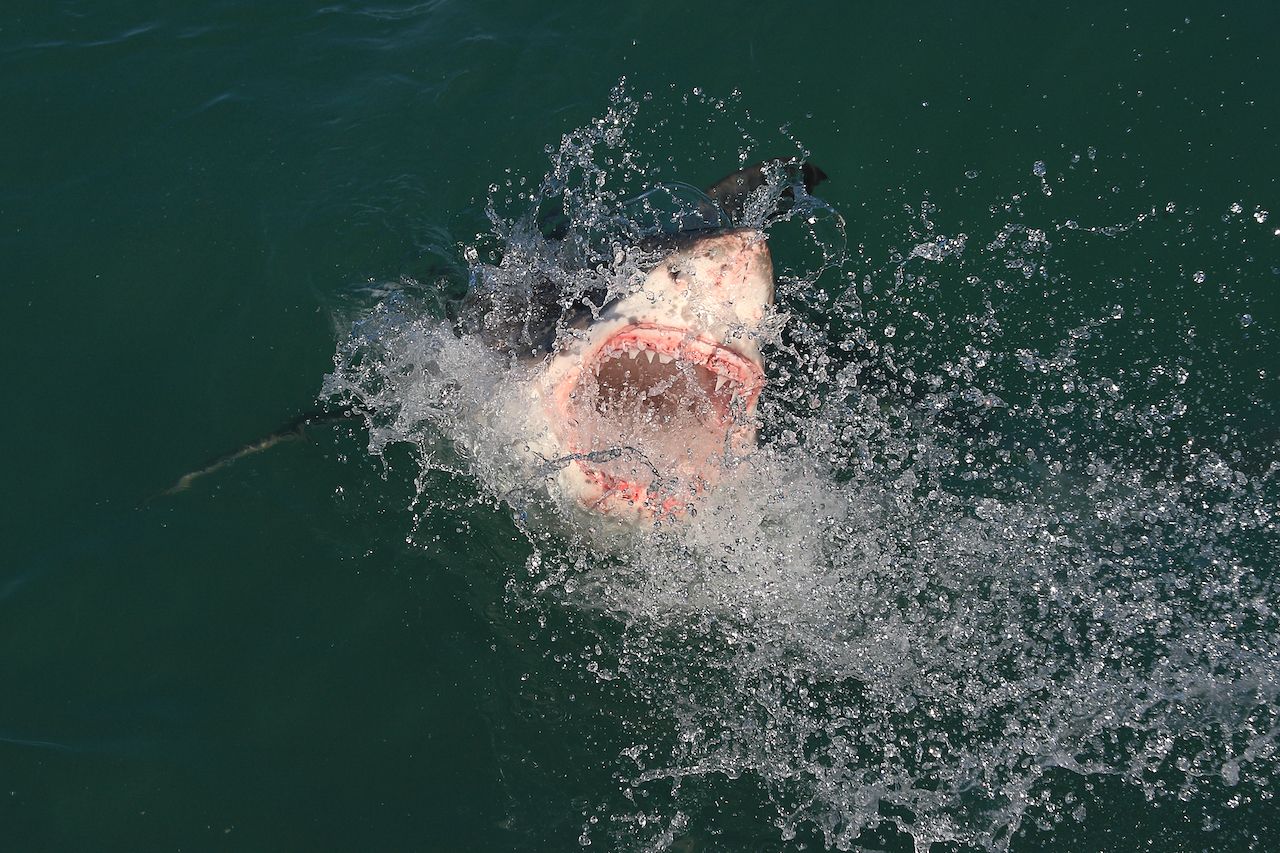 As apex predators, sharks touch every aspect of the complex food web, either directly or indirectly, often through intimidation. One great example of this comes from the Mystic Aquarium in Connecticut: Prowling sharks help preserve seagrass meadows, which absorb carbon from the atmosphere and provide a crucial habitat for fish, shellfish, and birds. The sharks cause turtles to disperse over large areas, which in turn guarantees that the turtles will distribute their seagrass grazing over a wide variety of meadows rather than depleting large swaths of the grass at once. Sharks are actually partially responsible for maintaining our atmosphere’s breathable air.

But right now, sharks are under siege. People are a far bigger threat to sharks than they are to us. Shark finning alone kills 73 million sharks every year. That number is staggering and disturbing. Then add the bycatch from fishing trawlers, which kills another estimated 100 million sharks annually. Sixty-four shark attacks were reported across the globe in 2019. Sharks have survived mass extinction events, but it might be humans — who are fueled by fear and greed more than facts — that could be their undoing.

I concede that it won’t be possible to sell everyone on the science of why sharks matter to the ecosystem. But we might be able to convince people that sharks are worth saving simply because they are so awesome. Sharks roam the oceans as lonely hunters, live long lives, the history of the oceans are etched onto their bodies, and they display mind-boggling feats of strength and hunting skills that far outstrip anything humans are capable of.

All that is to say that if Shark Week can elicit enough wonder from viewers just by playing montages of breaching sharks catching a doomed seal straight out the air, and then people actually start caring about what happens to them, then great. The series has done some good if it transforms terror into respect and compassion for all living creatures — even those with sharp teeth.

TVZac Efron Is Here To Make You Care About Sustainability, Bro
Tagged
TV Wildlife
What did you think of this story?
Meh
Good
Awesome