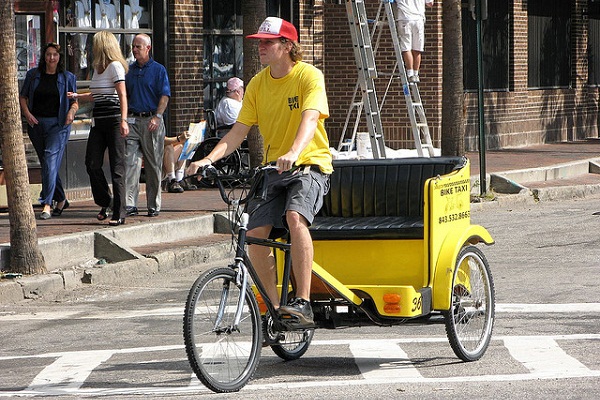 A proposed car-free development for cyclists in South Carolina could change the green housing movement in a big way–if it gets off the ground.

HEADED BY JOE MELLETT, an internet marketer and bike enthusiast from Cincinnati, the Bicycle City project aims to build an eco-friendly community in the Columbia suburbs that would allow residents to get around by using bikes instead of cars.

The concept is modeled in large part after the Swiss municipality of Zermatt, a tourist town at the foot of the Matterhorn that banned combustion-engine vehicles in the 1960s to preserve its air quality. Unlike Zermatt, where electric cars are the norm, all transportation in Bicycle City will be by bike or foot, a first in the US.

In an interview with the Architizer blog, Mellett said the idea for a bikes-only community came to him in 1986, when he and several friends made a 4,200-mile cross-country bike trip to raise money for charity. Mellett began to approach developers shortly thereafter, and by the early 1990s, conceptual work had begun on Bicycle City.

“The National Sporting Goods Association statistics say that cycling is more popular than skiing, tennis, and golf combined,” Mellett told Architizer. “So I figured, if there’s room for hundreds of golf communities [in the US], why not one biking community?” 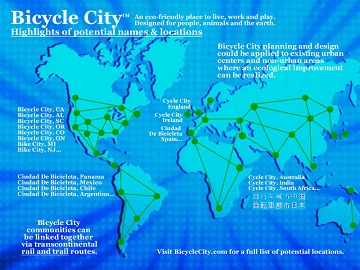 It may sound Utopian, but after more than 20 years of planning, Bicycle City could be on its way to becoming reality. After raising seed funding, Mellett and his team bought 140 acres of land near Columbia, SC, choosing the location for its network of greenways, proximity to public transportation, and general support for sustainable development.

The developers began building trails and an access road earlier this year, and said that they could begin construction in the next few months.

Besides being car-free, Bicycle City is planned to be an all-around eco-friendly community. According to the development’s website, Bicycle City will include a modest organic farm for residents. Houses, which will start in the $100,000s, will be built with solar panels and water heaters to optimize energy use.

How many people will pay that amount to live in a carless neighborhood remains to be seen; even the developers admit it isn’t for everyone. Ozzie Nagler, a Harvard-educated architect and community designer with the project, told Charleston City Paper that some homeowners likely couldn’t adapt to the bikes-only concept.

“Some people simply won’t embrace not having their car next to their home,” he said. Over 1,500 people have signed up to receive further information on Bicycle City, and the developers have recently begun taking reservations from potential buyers.

If the first Bicycle City succeeds, Mellett plans to license the concept to developers around the globe, on the condition that they adhere to criteria of sustainability and housing standards. Eventually, the project hopes to build Bicycle City-style developments around the world, connecting them via a system of greenways and trails for completely car-free travel. While it may be a while before Bicycle City goes international, the team already has a list of potential locations in countries on six different continents.

Get more environmental news and reviews on Matador Change.

7 active volcanoes you can tour in Iceland
Animals ‘reclaimed’ cities during the pandemic. What happens to them now?
For the perfect day of hiking and Colombian coffee, head to Jardín
The Jordan Trail: Hiker’s guide to crossing the country in 40 days and 40 nights
The best places to camp in all 50 states

9 experiences to have in Greenville, SC before they go mainstream

How to piss off someone from Charleston

Experiencing Gullah Culture on the coast of South Carolina

Bluffton, SC might be the most undiscovered destination in America. Here’s why.

Bicycles are in short supply right now. Here’s where to find one.