ONE HUNDRED MILES west of San Diego, a lost Channel Island rises 6,000 feet from the sea floor to just 12 feet short of the surface. On the exceedingly rare conditions of calm wind and giant swell, this sunken mesa is capable of spawning the biggest surfable wave on the planet. The break is known as the Cortes Bank.

Until the new millennium, the Bank’s existence and its ability to produce waves at an almost fictional scale were known only to a handful of anglers, surfers and divers that had spent the previous generations plundering an underwater eden of abalone and fish (or nearly dying in their attempts).

Then on January 19, 2001, California big wave surfers Peter Mel, Ken “Skindog” Collins, Brad Gerlach and Mike Parsons stunned the world with a tow surfing mission they called “a shot to the moon.” On his very first wave, Mike Parsons dropped in on a 66-foot bomb, claiming the first of two world records at the Bank’s Bishop Rock.

MY RESOLVE TO WITNESS this wave for myself was reinforced in 2008, when Parsons and Gerlach and their apprentices Greg Long and Grant “Twiggy” Baker motored to the Bank in the teeth of the worst storm recorded off California in over 50 years. They were rewarded with a window of calm weather and titanic surf at midday, and there, four terrified men proceeded to tow into the biggest waves ever documented.

After writing about what was, in my mind, an Everest summit for the sport for The New York Times, I became increasingly fascinated not only with the surf stories, but the maritime mysteries surrounding the Bank and began work on a book dedicated to the break, finally making a trip there in 2009.

At the same time, Greg Long was well on his way to becoming a de facto leader of a new school group of surfers who decided to harness what they had learned from tow-in to return to traditional prone paddling–and one of the places Long and his friends most wanted to test their mettle was at Cortes.

Their odyssey at Cortes Bank has consumed my life for the past three years. The accompanying photos were taken during paddle surfing missions to Cortes on December 27, 2009 and November 2, 2010.

If you find yourself in San Clemente, California, I’d recommend a stop at the Kona Gallery and Photojournalism Center for photographer Jason Murray’s exhibit “Goliaths of the Pacific,” running through January 15, 2012.

My book Ghost Wave: The Discovery of the Cortes Bank and the Biggest Wave on Earth hits wide US release on Tuesday, November 1, 2011. 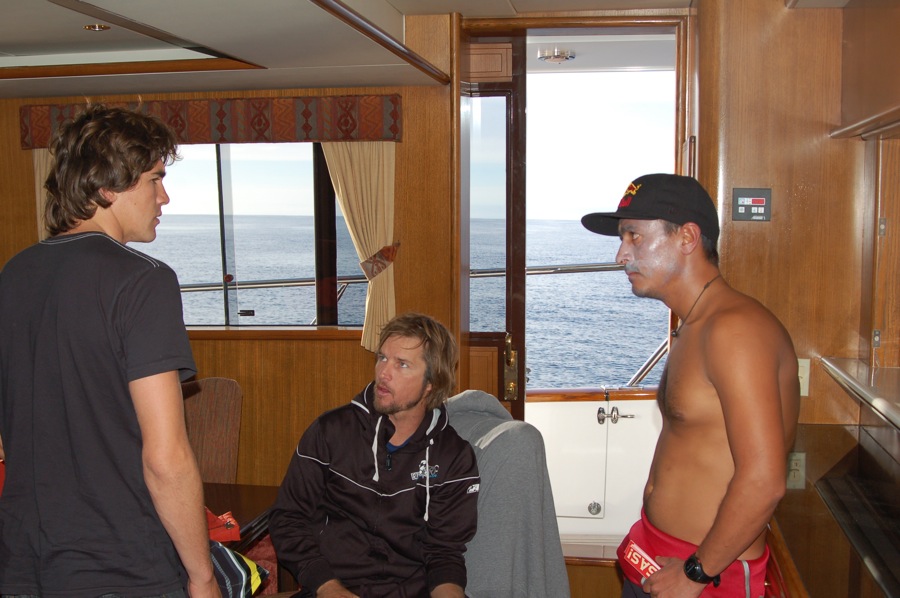 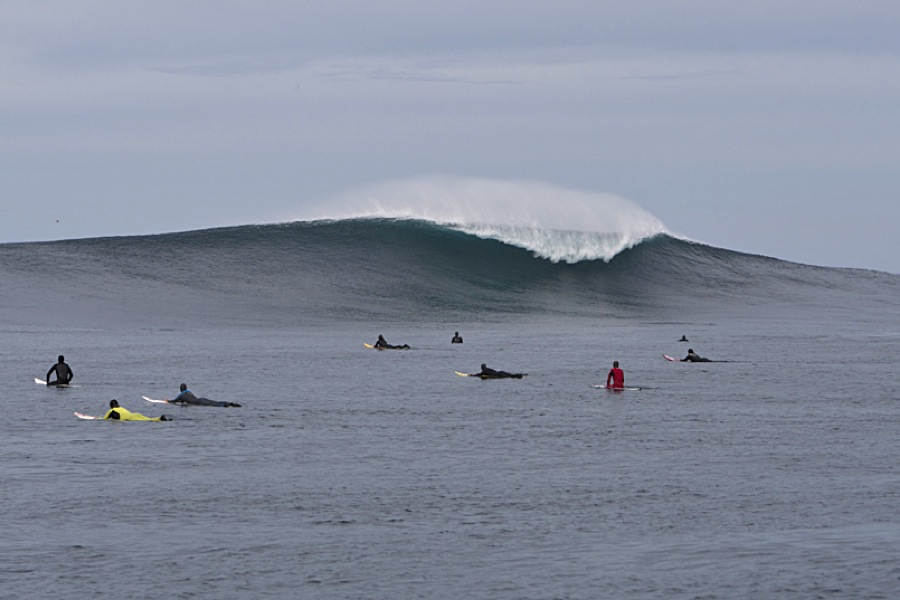 A crew that includes Peter Mel, Kelly Slater, Alfy Cater, Nathan Fletcher, Mark Healey, and Greg and Rusty Long stare down a perfectly-shaped beast at the Bank. The waves at Cortes are shifty, and the lack of land points to triangulate, radically swirling currents and supernaturally fast swells make for one of the toughest big wave paddle spots on earth. / Photo: Jason Murray 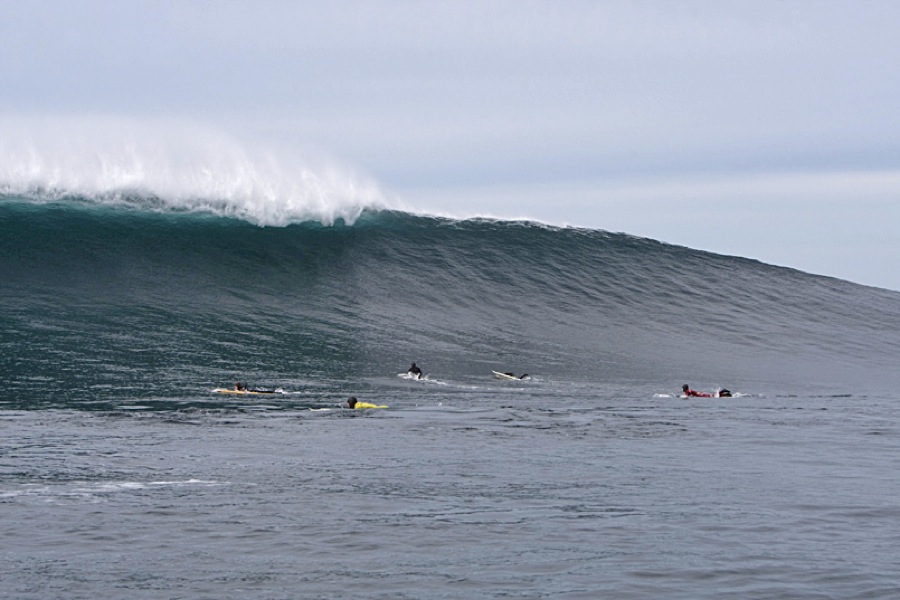 Just when they thought they were safe, an outside wave leaves everyone ducking and scrambling. This shiftiness made Mark Healey remark, "So this is what it feels like when you don't stand a chance." / Photo: Jason Murray 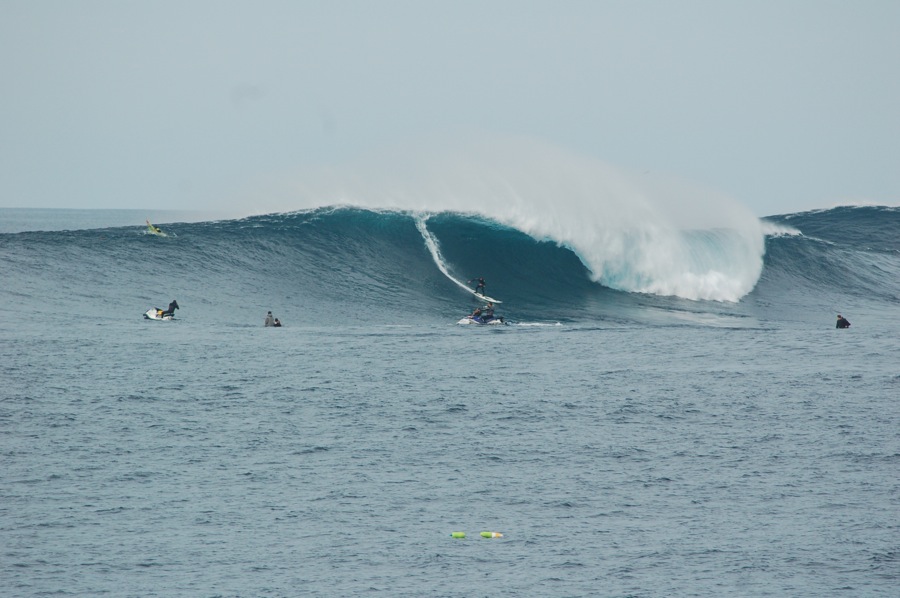 Greg Long catches the first wave of the day and shows why he's one of, if not the best, of the big wave surfers alive today. / Photo: Chris Dixon 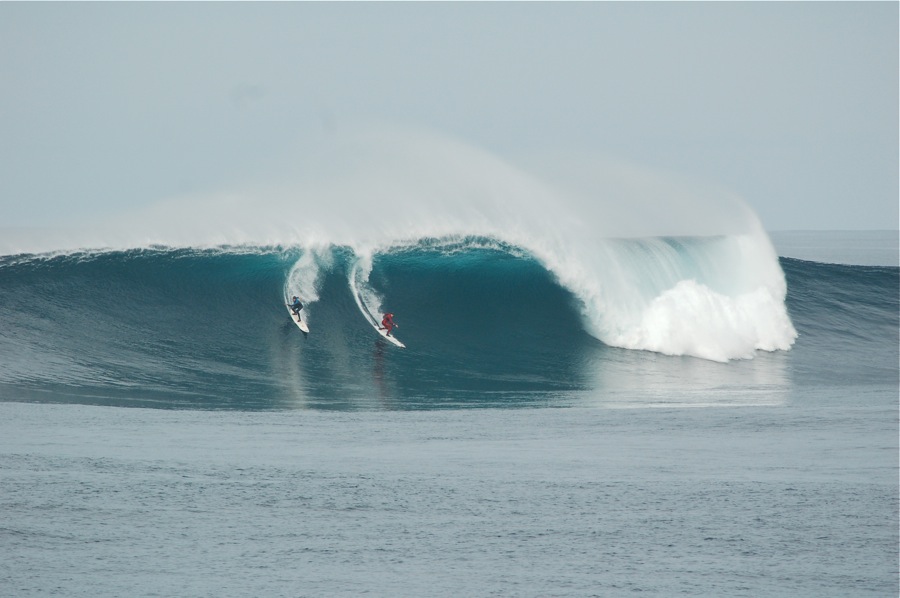 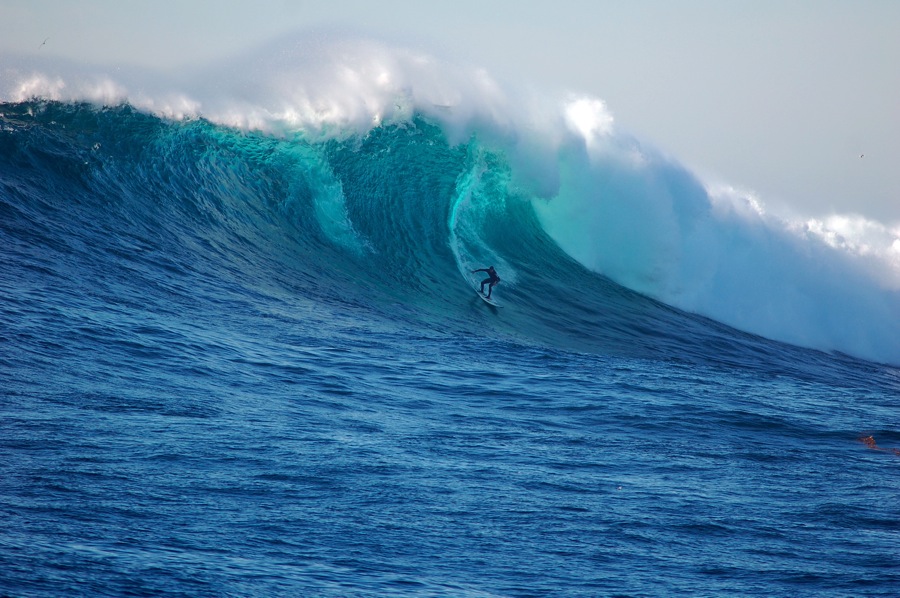 Greg Long paddles for his life, and his near miss results in a spellbinding ride. / Photo: Chris Dixon 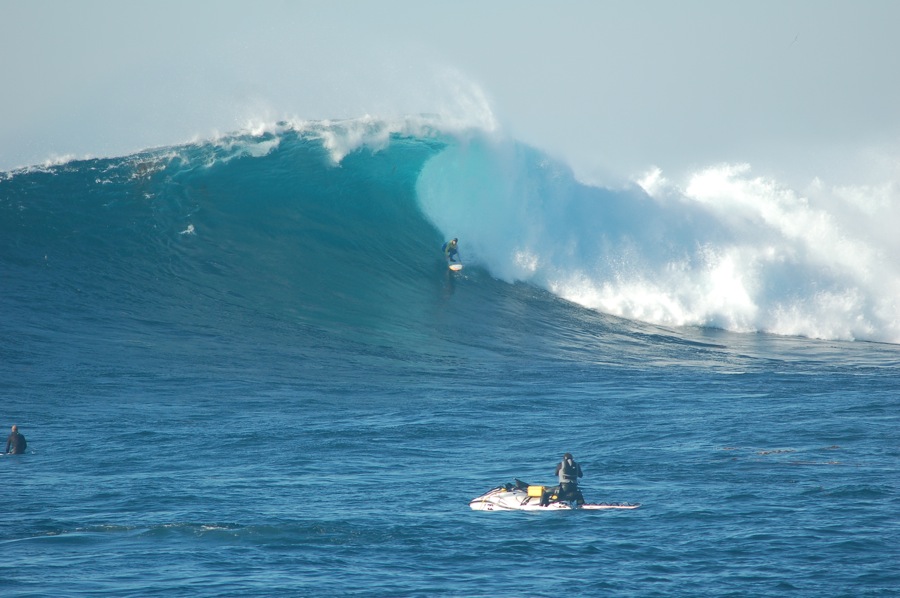 Mark Healey is a Southern boy transplanted to Hawaii. He slams whiskey, dips Skoal, rides the fins of great white sharks, and pulls into gigantic barrels out in the middle of the deep blue sea. / Photo: Chris Dixon 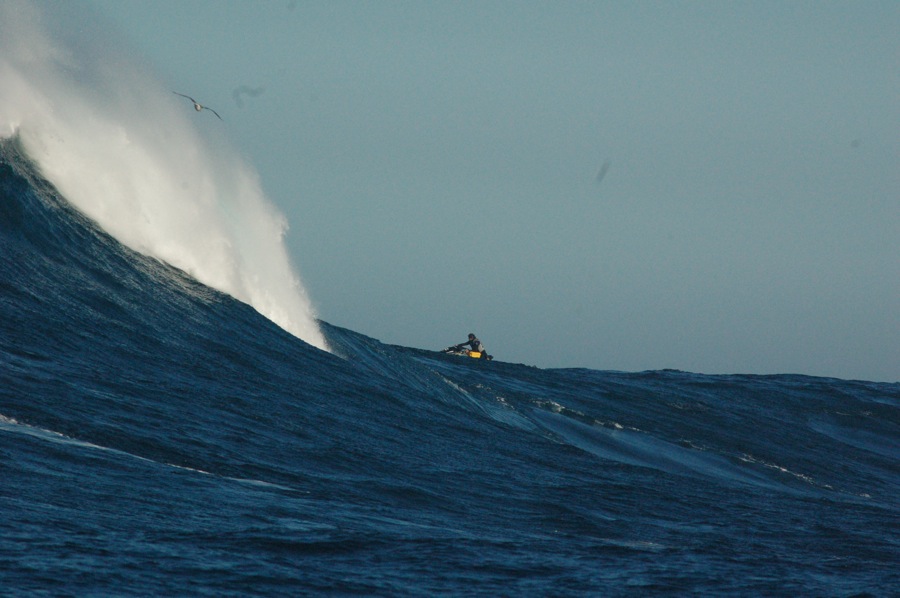 I don't know who is more crazy brave: the surfers or photographer Jason Murray, who not only shoots these guys from Mavericks to Todos Santos to Cortes, all the while ducking bombs and running lifesaving duty...solo. / Photo: Chris Dixon 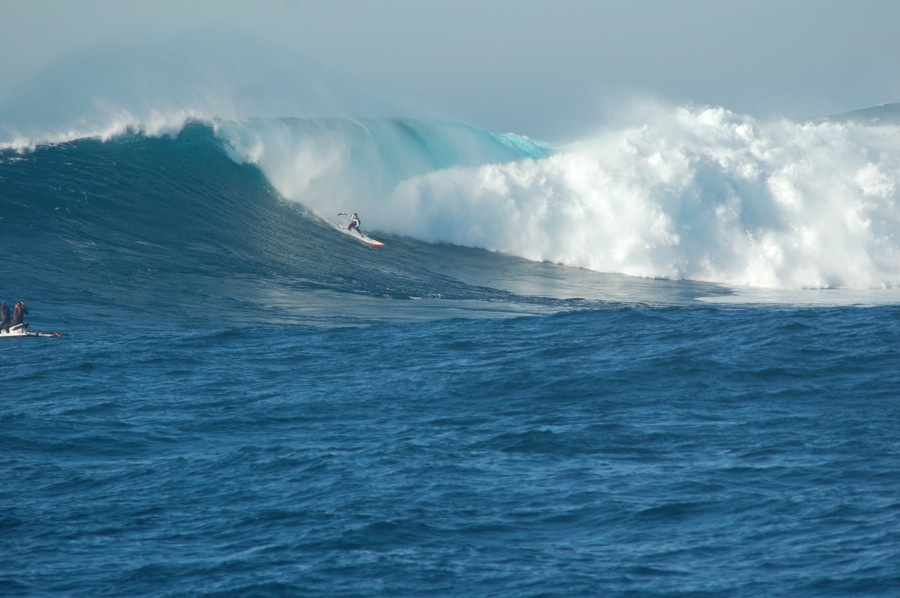 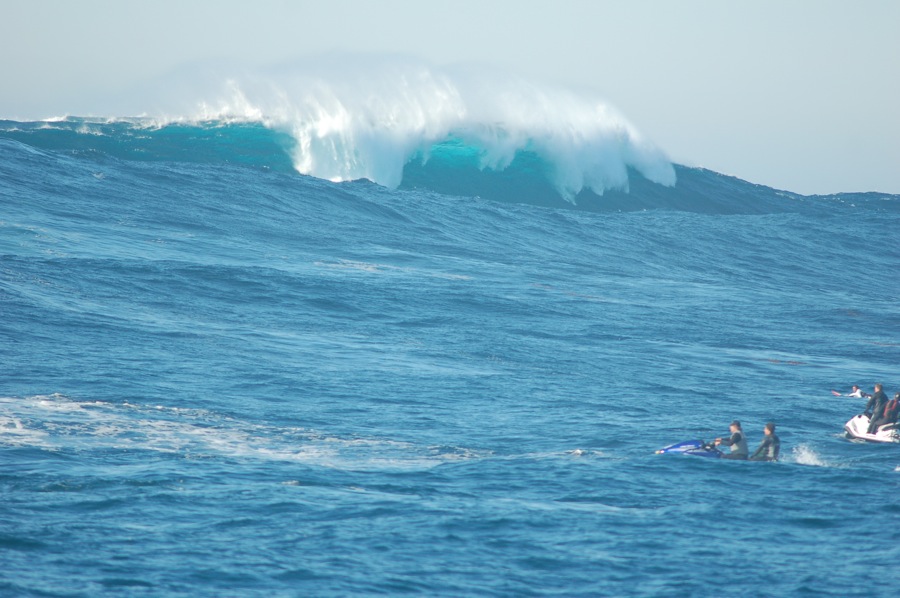 Because of his position (right corner of this photo), Ian can't see the giant monster lurking out the back and is about to be paddling with everything he has to get out of its way. / Photo: Chris Dixon 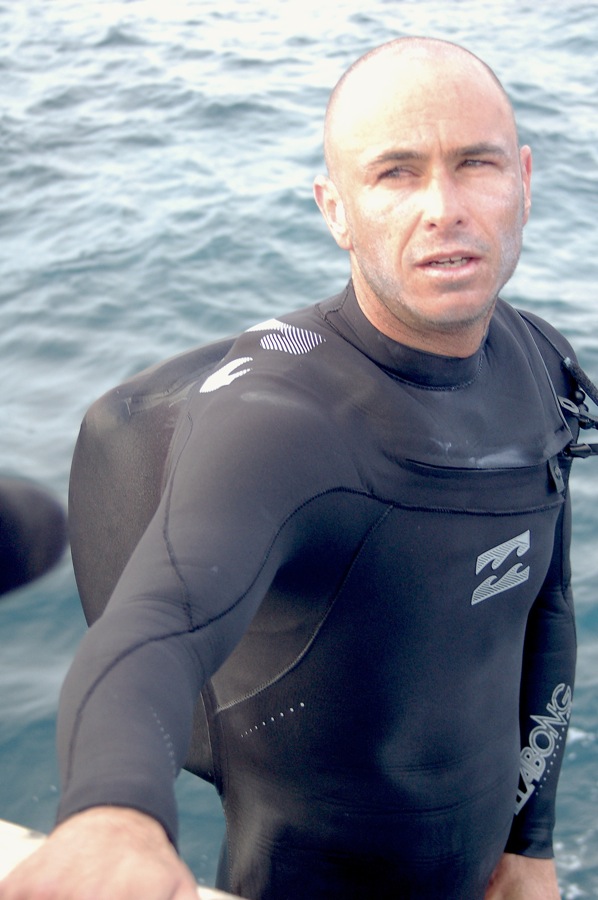 While held down at Mavericks two years ago and wondering whether he'd ever see his family again, Shane Dorian decided something had to change. Rather than give up big wave surfing, he invented an inflatable bladder with a CO2 cartridge for his wetsuit. When recently stuck at Bishop Rock, he pulled the cord and rocketed up through 30 feet of foam to daylight. As far as his mission, Dorian has defined the future in big wave gear. / Photo: Chris Dixon 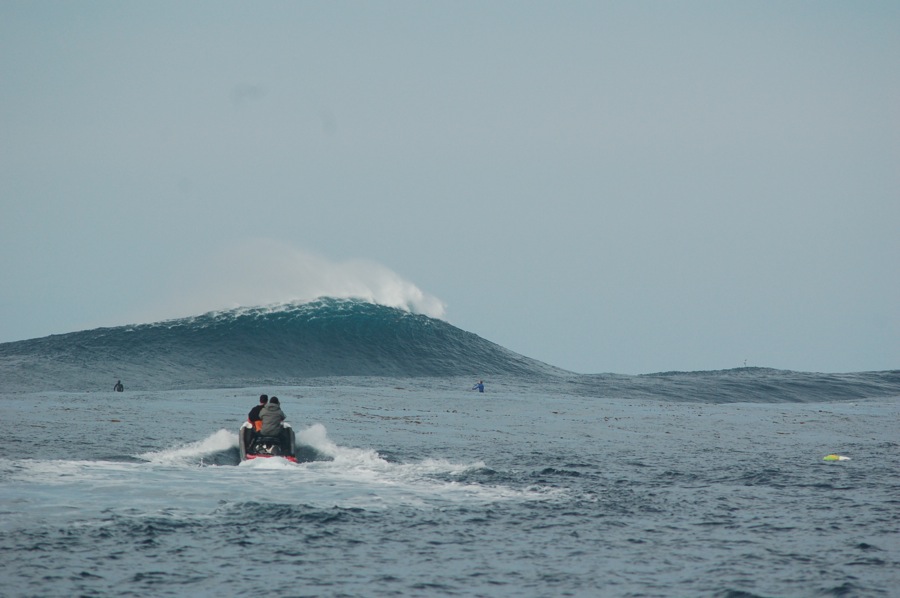 Note the kelp in the foreground. If the Jet Ski's impeller gets filled with fronds of the slimy plant, you can be left a sitting duck in front of a mammoth wave. This nearly happened to me and a young fisherman named Nate Perez. / Photo: Chris Dixon 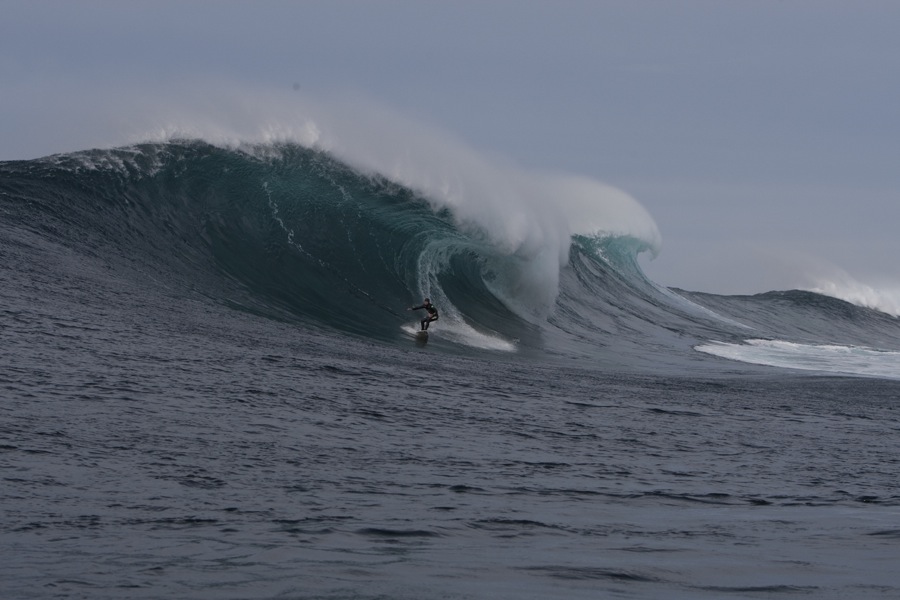 Greg Long charges for the exit above a reef that holds the hull of a 330-foot concrete freighter that was towed out there in 1966 by men who hoped to turn the Bank back into an island and into the nation of Abalonia. Instead, all of them nearly died from waves just like these. / Photo: Jason Murray 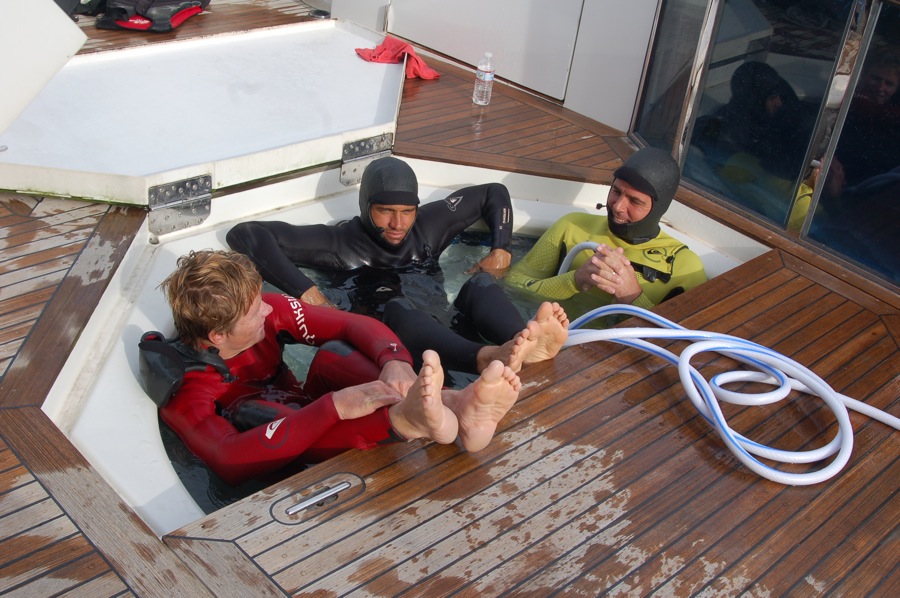 The freezing water of the Cortes Bank made the hot tub a welcome addition for Mark Healey (red), World Champ Kelly Slater (black) and Mavericks icon Peter Mel (yellow). Here they share a laugh about the one that didn't get away. / Photo: Chris Dixon