IT SAYS SOMETHING about this race that none of the international riders who previously completed Yak Attack have come back for a second time. 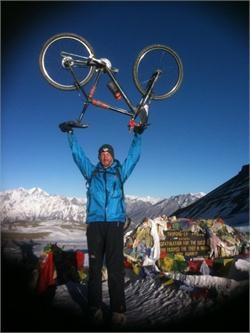 This year Matador, is supporting rider Paul Bolla, the only international rider to compete for a second time. Paul is is a former aid worker in Nepal; his goal is to use the race to raise awareness and money for local Himalayan NGO Mitrata Nepal.

Matador’s shooter John Huddart left for Nepal today and will be documenting the race in a series of web videos here at Matador. Please stay tuned, and check Paul’s personal donations page to help support the ride.

Tagged
Cycling Miscellaneous Nepal Yak Attack
What did you think of this story?
Meh
Good
Awesome