View all travel news
Top Destinations
Top CitiesView All Destinations
Trending Regions
Trending Cities
Load More
Editor’s note: Al Mackinnon is one of the UK’s most widely traveled and published surf photographers. In the first of a series of galleries for Matador, Al takes us from South Africa’s largest waves to mysto spots in Scotland, documenting people and place along the way.

Al Mackinnon’s photos create the opposite reaction. Even among the most seasoned surfers, and indeed many a photog, the first reaction to his images is a baffled ‘where the fuck is that?’ Shunning the common formula for surf photography, Al has made a name for himself through his willingness to spend months and months on the road at a time, immersing himself in the cultures he finds himself, and favoring exploration on the worlds remote, and often frigid, coastlines looking and waiting for the fleeting combination of swell, wind, tide and light that produce the desolate perfection he seeks to capture.

Beyond the waves, Al separates himself from the pack not only with his patience but also with his keen eye for documenting the people and places he finds himself. Al is a throwback to the golden years of surf photography where a photographer’s passion for adventure and balls to brave the elements were as important as his or her camera. 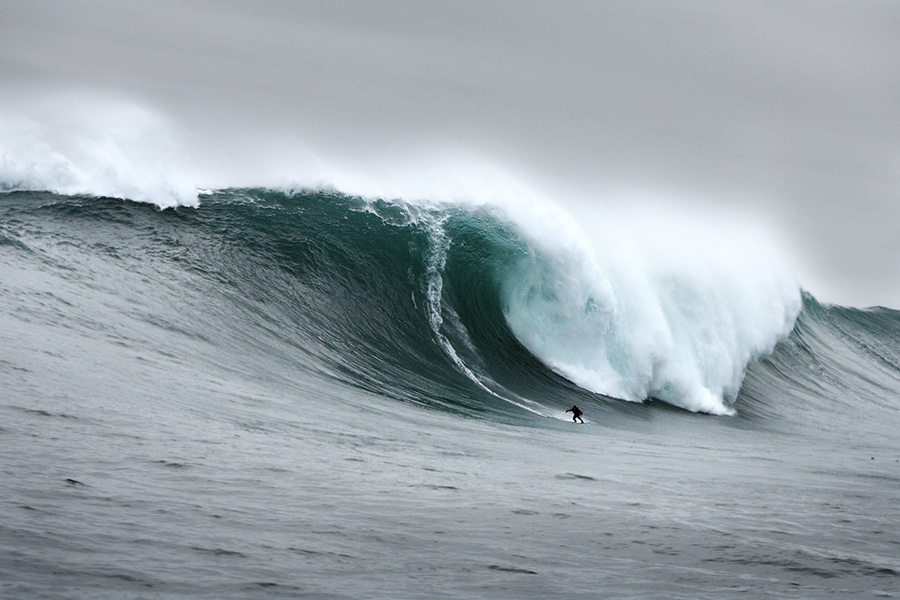 To my knowledge, this is still the biggest wave ridden on the African continent. There's a good story behind how this picture came together which features in a forthcoming book; suffice it to say several things had to fall magically into place.. Greg and I scooped the Billabong XXL biggest wave award in 2006/7 and since then have travelled and shot together often, becoming firm friends in the process. 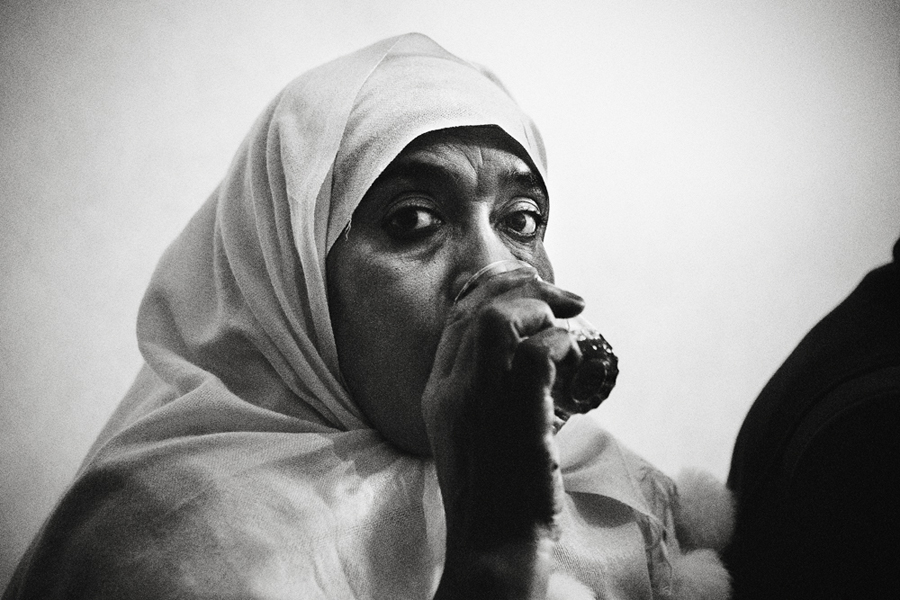 A couple of years ago I travelled down to Morocco chasing a legendary wave with a small crew of Irish pro surfers. A local family kindly put us up as Hamza, the son, had met one of the Irish lads on a previous trip. His mother Fatima was the consummate host and the experience of living in a Moroccan home with call to prayer each morning and specific etiquette at meal times was a fascinating experience. 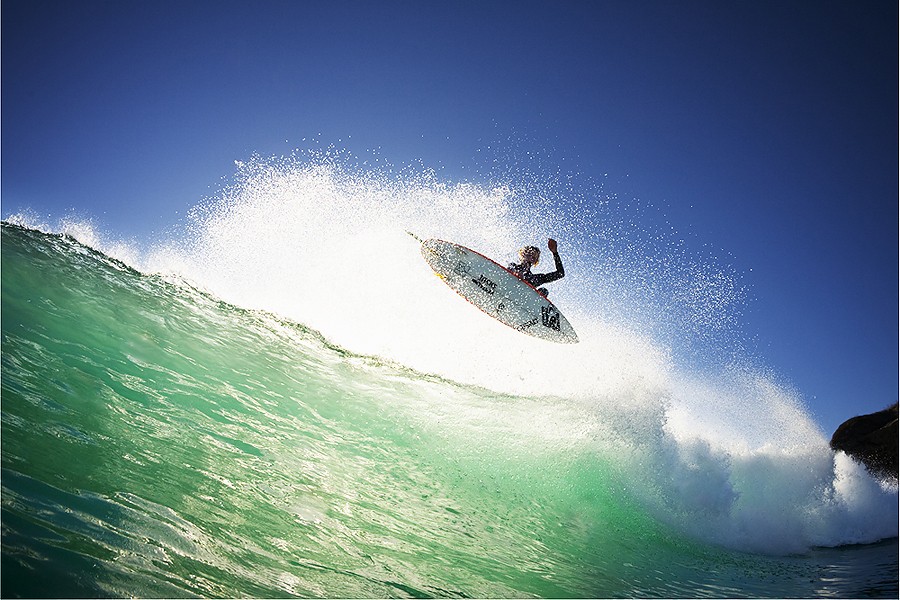 John John has to be about the most complete surfer I can think of, he has everything in his repertoire and was a real pleasure to shoot with as he always kept you on your toes. This kind of picture can be precarious as he could easily have landed on me - or the camera, but "nothing ventured, nothing gained" so the saying goes. 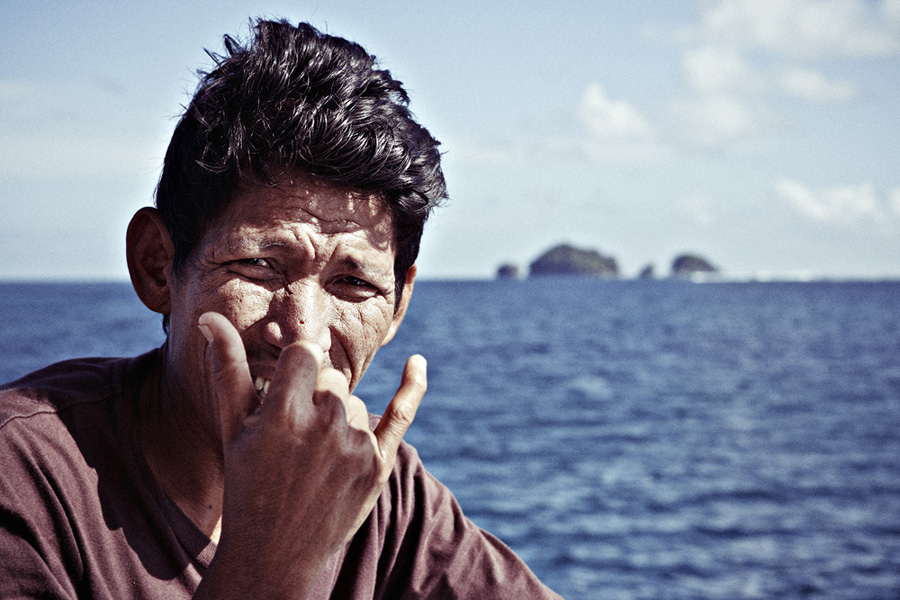 It was my first time in Indo, having heard stories and seen pictures of magical waves I came with expectations. Any traveller knows this is a precarious way to start a trip and sure enough the surf was terrible for a full ten days. Whilst onboard we experienced two massive earthquakes, one of which was felt as far away as Bangkok - that kept things interesting. I remember the crystalline Indian Ocean turning a reddish-brown, a small island disappearing under a tsunami and the terrified looks in the eyes of a handful of islanders whose homes had been destroyed. I wish I could remember this lad's name, he didn't speak a word of English and my bahasa is equally nonexistent but he kept the stoke during a very trying time! 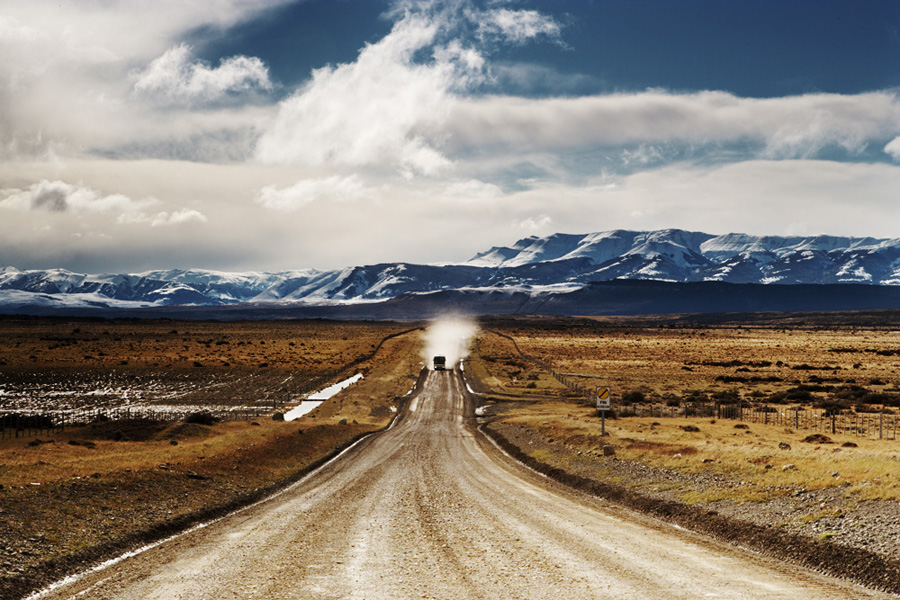 The roads in Patagonia are the travel equivalent of 'War and Peace' - truly epic! They go on and on and on leading through scenery unlike anywhere I’ve ever been. I think it's true that each journey changes us in some way but nowhere has had as profound or lasting effect on me as Patagonia. The history of pioneers such as the crews on Fitzroy's voyages savaged by the elements and taken by the indigenous people, the sheep farming boom that made many settlers so rich it was known as 'white gold' and the radical landscape; yawning expanses of pampa interspersed with jagged ranges cannot fail to move you. 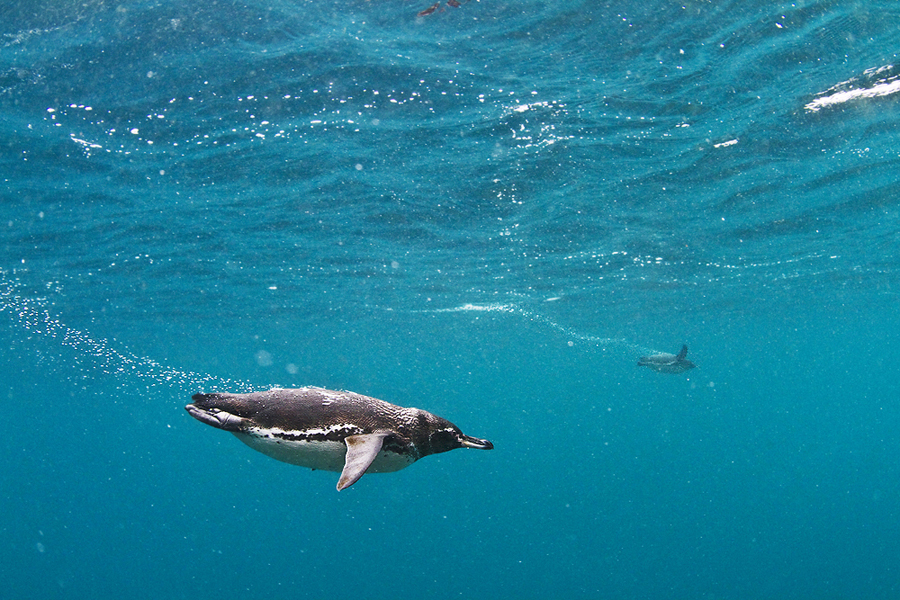 Galapagos is the only place in the world where penguins are found in the northern hemisphere, although, as the island chain straddles the equator it is only just! I thoroughly enjoyed swimming with them and was amazed at how they were as comfortable underwater as other birds would be in the air. Going to the Galapagos was a life long dream for me, having watched David Attenborough's BBC documentaries as a child and the islands didn't disappoint. 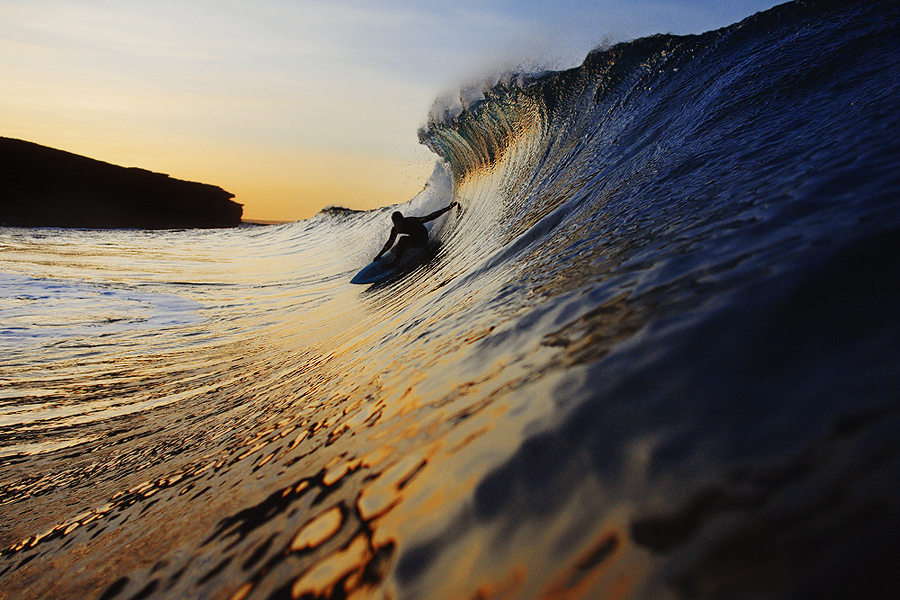 Rick Willmett, or 'Aussie Rick' as the Scottish locals call him moved from Australia to Scotland on the strength of the surf, yep, you did read that correctly. He's one of the most accomplished surfers I've met in powerful, shallow waves and here he is doing what he does best: setting up for the tube on a mercurial winter’s evening at 'BagPipe' so named as it looks like Oahu's Pipeline but rather than balmy and turquoise it's dark and about 42 degrees Fahrenheit (with a wind chill often dropping to 14 degrees Fahrenheit and beyond!) Not the archetypal view of surfing but my favourite place to shoot and surf. 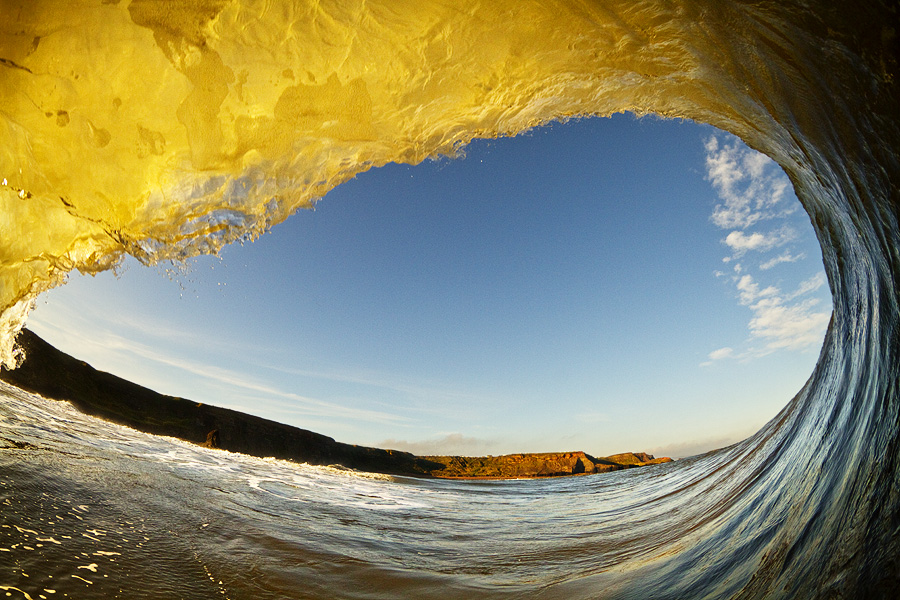 This is a very fickle wave, dangerous, very powerful and equally shallow. A couple of years ago a surfer broke his back here and there have been other injuries which when you consider how few people surf this area means the odds are not stacked in a surfer's favour. I had wanted to shoot this place from the water for some time but knew it would be difficult with the aforementioned dangers allied with a very strong current. The conditions and light had to be just right. The day finally came and though swimming out there was exhausting and taking a wave on the head that left my neck feeling sore for some weeks after didn't help, a picture like this one looking out of a gaping tube on a clear crisp winter's morn made it all worth it. It was the first time it's ever been photographed.