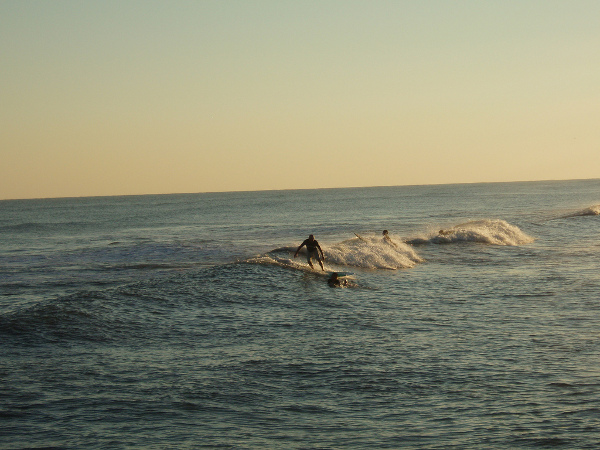 The well may be capped, but water sports businesses along the Gulf Coast are still paying for the BP oil spill. Is BP paying them back?

“We who live in the Gulf Coast are resilient.  We are used to dealing with disasters, with all these hurricanes and everything.  We just pull up our pants, put on our shoes, go clean it up and move forward.”

“Fisherman Extraordinaire” Captain Wes Rozier had barely taken a breath while explaining to me how he and his panhandle fishing business had been faring since crude oil reached the shores of Texas to Florida two months ago.

“Pensacola is the fishing capital of the world!” he continued, before launching into a head-spinning list of species.  “Wahoo, Spanish Mackerel, Swordfish, Tuna, Dolphin, or mahi mahi, as y’all call it…”

Now 48, Wes has been harvesting fish and leading tours through the estuaries of Perdido Bay and its surrounding towns since he was a teenager. His enthusiasm for sport fishing is only matched by his respect for Mother Nature and what she has provided for him, his family, and his community.

He explained to me that most of the Gulf’s catch gathers in Pensacola because the region has only two tides a day, unlike the Atlantic Coast, which has four.  What this does is provide deep, oxygenated water for longer periods than if the water gushed in and out every six hours, allowing the big fish to spar without getting trapped in the shallows. 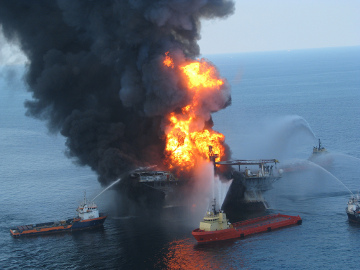 Although testing of whether they are safe to consume has been inconclusive thus far, Wes said that he continued to catch and eat the fish from these waterways.  These were the same fish, he said, that migrated up from the open sea, where there was a moratorium on harvesting.  His potential clients, however, have been less inclined to follow suit.

I didn’t interject with my own insecurities about the safety of eating fish exposed to the tons of dispersants being used to emulsify and sink tar throughout the Gulf.  Between questions, I could hear Wes scolding his golden retrievers on the other end of the phone.

“So what do you want to know about BP?” he asked me during a lull in our conversation.

It was funny; I hadn’t called to discuss BP.  I wanted to talk about how the oil spill was affecting his daily life as a water sportsman. But he was the second person who asked me that question during my research.  BP is inextricable from Wes’ daily life now, as well as the lives of everyone else I talked to.

The explosion on the deep water rig leased to the company is what caused the black gold to push through the marshlands and beaches of sleepy communities whose economies are supported by tourism in the summer months.

“Well, what do you want to tell me about BP?”

What followed was a skeptical diatribe questioning whether BP and the US government would really take responsibility–as they had promised–for the loss of his and his neighbors’ livelihoods.  Wes had received a couple of checks, but since then he’d been wrangling with the “wheeling-and-dealing” of a bureaucracy whose opaqueness and impunity are the reasons many believe the spill became so uncontrollable in the first place.

“They think that $5,000 is going to make me whole.  I have lost most of my business, and have a whole month of cancellations that is going to end up costing me a whole lot more than that,” Wes said. “But now we have Feinberg [the new administrator for BP’s compensation fund], and I think he’ll make it right.” 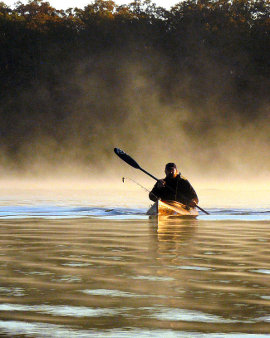 Wes’ wavering between optimism and pessimism seemed like a symbol for the downturn in the Gulf Region’s tourism industry at large. Since the daily gush of 35,000 to 60,000 barrels of unrefined oil began on April 20, polluted communities have had resign to an uncertain future.

And while many frequently-visited beaches in Alabama and Florida have had only minor scuffles with oil–nearby Pensacola and Gulf Shores shut down for one day only, and that was during Hurricane Alex–public perception is not helping.

Even with the flow now capped, the US Travel Association estimates that the spill may cost the Gulf Region $22.7 billion over the next three years, much of those losses based on consumer worries about safety.

It is the psychological impact of the spill that seems to bother Wes the most.  Yes, he’s losing income, but he has the tenacity to negotiate with the business lawyers who have appeared out of the muck.  Like many fishermen, he and his colleagues are also taking part in BP’s Vessels of Opportunity program, which employs local charter and fishing boats to help with the clean-up.

But he’s disappointed that so many travelers are missing out on his region’s awesomeness.  “I tell people that if they just want to fish, I’ll give them the bait and show them where to go.  But if they come with me, I think of it as an adventure to show them the nature of the Gulf Coast.”

Guys like Wes confirm for me that water sports enthusiasts have a perspective on the spill that average sunbathers can’t share.  Anyone who takes pleasure in being on the water, whether it is to catch up with kinetic pull of a wave or to point out the feeding pattern of baby dolphins like Wes does, must feel a special kind of pain when watching their home ecosystem collapse. 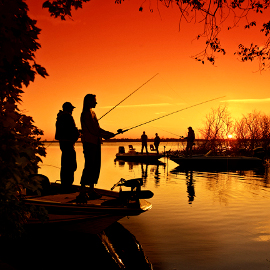 Bill Krohn, a local Pensacola surfer who manages Innerlight Surf & Skate Shop, says that the spill has at least made other people more aware of marine life.

If Wes spoke with a pauseless twang, Bill, 31, had more of a surfer dude drawl. Like Wes, he said that local attitudes had run the gamut from unhelpfully paranoid to blissfully ignorant.  “I fall somewhere in the middle,” he said, mentioning that he had taken his young daughter out for her own lesson the day before.

“You know, there are guys going out in the water saying that their kidneys hurt when they come back in, even though the beaches are clear.  And there are news reporters on the shore discussing oil that isn’t even here.”  Regardless, he said, it’s been hard not to get in the water because the surf has been exceptionally good this year.

Both he and his fellow manager Shannon Hampton, 28, acknowledged that it’s going to take a long time to undo the media’s portrayals of the Panhandle. The difficulty of being from a small community, they said, is seeing their friends suffering firsthand.

Innerlight, which has lost 50% of its overall business and 80% of its surf school revenues since the spill, has not received any funds from BP thus far.

“We don’t know what the future will be like,” Shannon said, “but the beaches look beautiful, and good vibes will keep us going.”

Would you vacation on the Gulf Coast? Cast your vote at Matador Trips.
Learn about another oil disaster you may not have heard about on Matador Change.

How to have the perfect family weekend in Arlington, TX

This is how you cool off on hot Texas days: Jacob’s Well

7 awesome things to do in Arlington, TX, that you probably don’t know about

7 secret spots to check out on your trip to Arlington, TX

How to spend the perfect long weekend in South Padre Island, TX

7 essential stops on your sports tour of Dallas