View all travel news
Top Countries
Top CitiesView All Destinations
Trending Regions
Trending Cities
Load More
Matador Ambassador Nathan Myers lives with his wife and two young children on the island of Bali, Indonesia. This is his ode to the archipelago they call home.

Of all the world’s great surf destinations, none compares to Indonesia. The primary checklist is bulletproof, but the true attraction runs even deeper. Darker. Indonesia is a daredevil’s playground. A brilliant maze of snap-decisions and reflex inspirations. Disasters looming, disasters avoided, that’s what surfers secretly desire.

[All photos by author except where otherwise noted.] 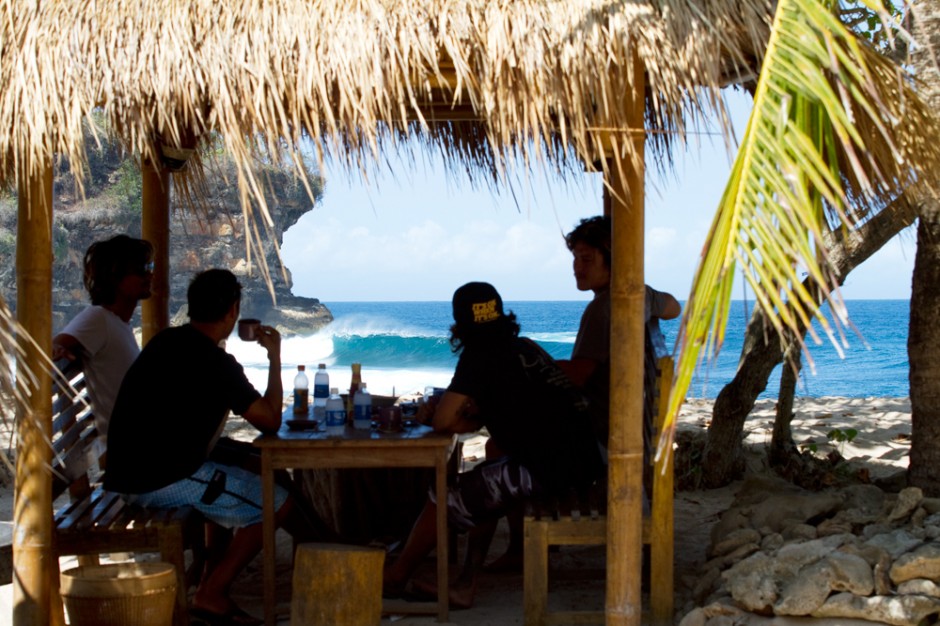 "Where are you going?"

Someone here is always asking. The locals don’t travel much, so they marvel at the wide-eyed Westerners wandering through their backyard. Half lost. Half found. Searching for something. You see them everywhere, but first at the airport. Small backpack and big, overstuffed boardbag. Surfers. Aliens. Pioneers. Bowled over by profound heat and cultural disorientation. Their adventure has already begun and they don’t even know it yet. Bribe a customs officer. Survive the scooter traffic. Check in to your bamboo hut and scramble down the limestone cliff towards the Indian depths. Pulsing with magic. 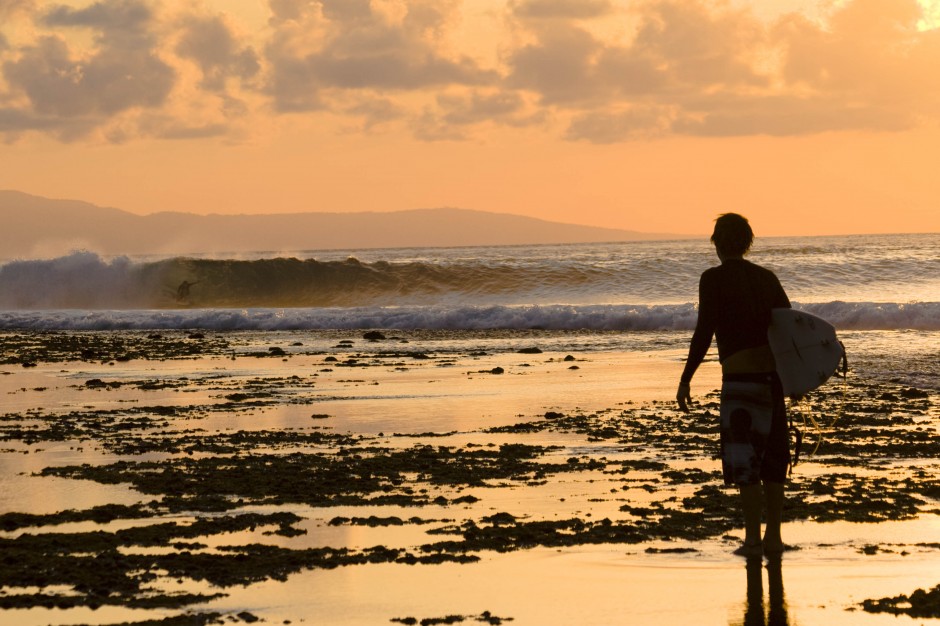 "Where are you from?"

That's the next question the locals always ask. Villages are small and close-knit, but seekers have been wandering through for centuries. Starting in the early 1600s, explorers from England, Spain, and the Netherlands began making the perilous trek to "the Spice Islands" in search of precious nutmeg, mace, and pepper. More than half these early sailors didn't survive the harsh voyage around Africa and across the Indian Ocean, yet those that did often signed on for second and third voyages. Shipwrecked. Stranded. Attacked. Worshipped. Lost. Found. The thrill of spice offered the greatest adventures of the century, and thus the European fingerprints marked the cultures of Indonesia. From cuisine to language to architecture, the echoes of Western culture remain an essential thread in the fabric of the tribal tapestry. And it continues still. From the vibrant expat culture booming in Bali to the far western charter boats and surf camps scattered across the remote outer island, modern adventurers are still chasing the spice of life. 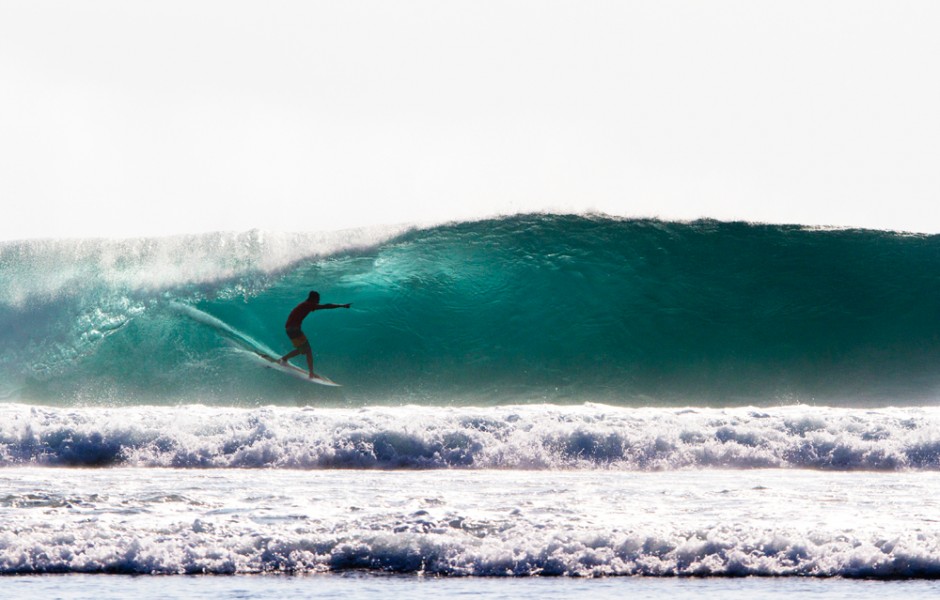 As a sport, riding waves makes little sense. There’s no points. No finish line. No end result. No decisive conclusion. But the thrill of paddling into a moving, tumbling band of ocean energy offers an exhilaration second to none. A constant, personal challenge. A test that is perpetually evolving. That’s what it boils down to. That’s why surfers travel the world in search of new waves. And that’s why Indonesia proves such a powerful draw. Not just the breaks, but the entire experience. From the wild scooter rides to treacherous cliffs around the reef, every moment offers potential pitfalls and minor triumphs before you even reach the waves. 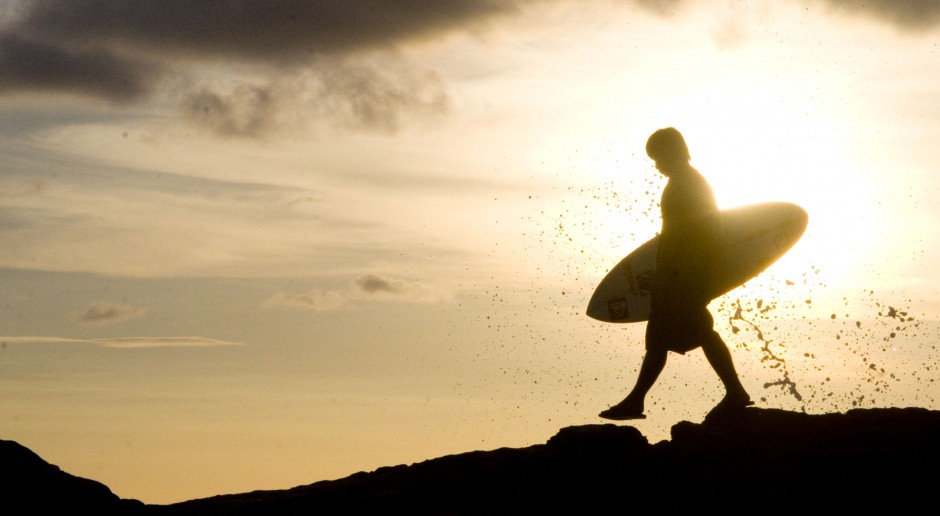 Back in the world, back on CNN and BBC, Indonesia is an ominous destination. A laundry list of disaster. Quakes, tsunamis, and terrorism. Buildings in rubble. Villages washed away. Drug traffickers sentenced to death. Never a pretty picture. But that's just your television hawking fear. The moment you step off the plane, Indonesia is undeniably welcoming. Peaceful. Fertile and kind. The locals are smiling. The food is delicious. Life is good. And surfers keep coming back. 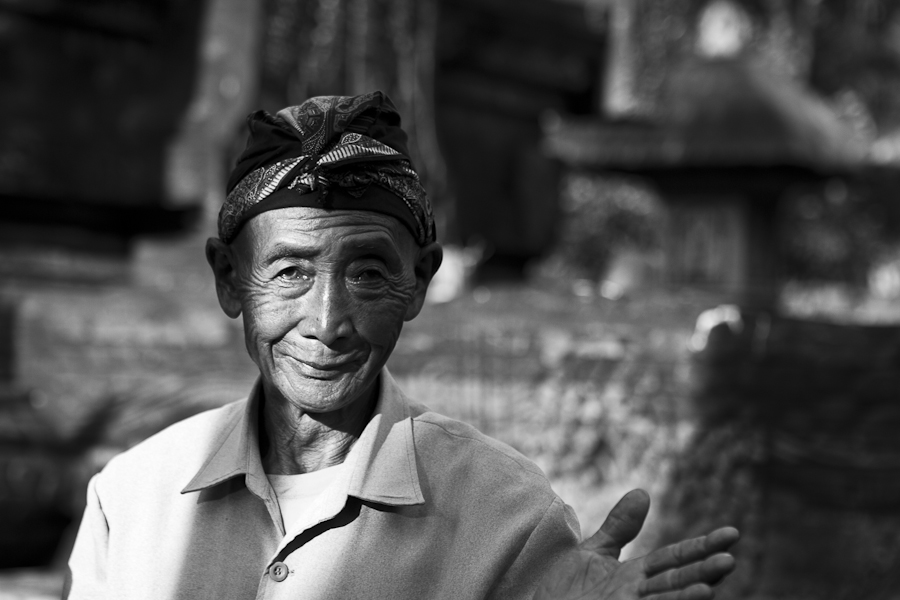 "What is your name?"

That's the third question they ask. Everyone asks your name. Shopkeepers. Waiters. Strangers on the street. In Bali, your name is as much a location as an identity. Names denote your order of birth (male or female, every first-born is named "Wayan," every second-born, "Nyoman," then Made, then Ketut, and then back to Wayan), but they also say where you are from inside your family structure, and within the Hindu caste. In the West, names hold little meaning. They are parental whims and digits on an ID card. Like human widgets in the great social machine, travelers arrive in Indonesia unsure of their own identity. It begins as simply a vacation. A little time off work. A stamp on the passport. Back rub and a smoothie. But that's where the search begins. The lure of strange music. Scent of incense. A conversation with strangers.Photo: Cody Forest Doucette 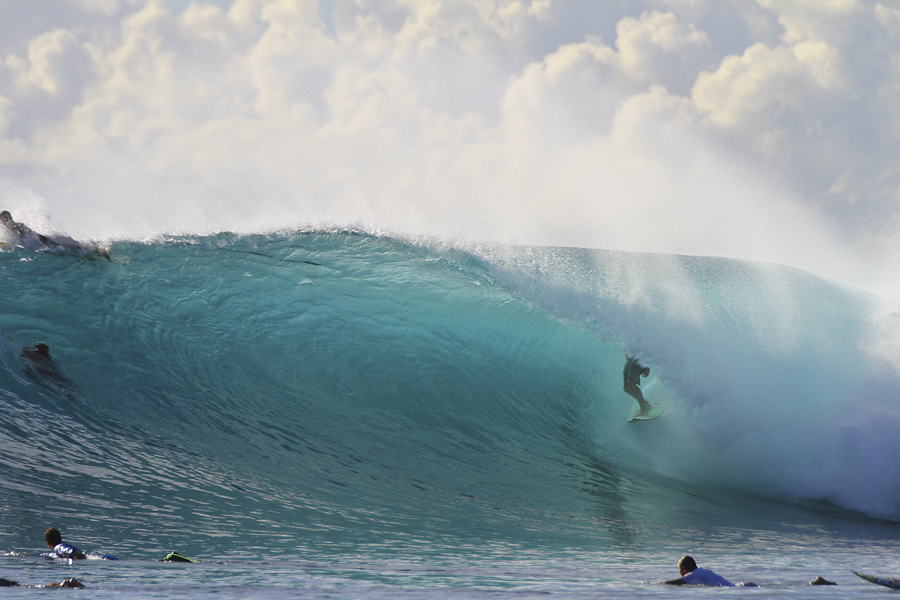 A swell is approaching. There's a buzz in the lineups. Where will you be when it hits? People starting booking their trips. Boats and flights. Packing their boards. Coming to Indo is just the beginning. Going further is the true test. The journey begins before dawn. A plane to a bus to a boat…an uncharted island in a dazzling wealth of ocean nowhere. Blue on blue. Green and gold, reef, palm and sand. When the boat can go no further, plunge overboard and paddle across the reef. Photo: Cody Forest Doucette 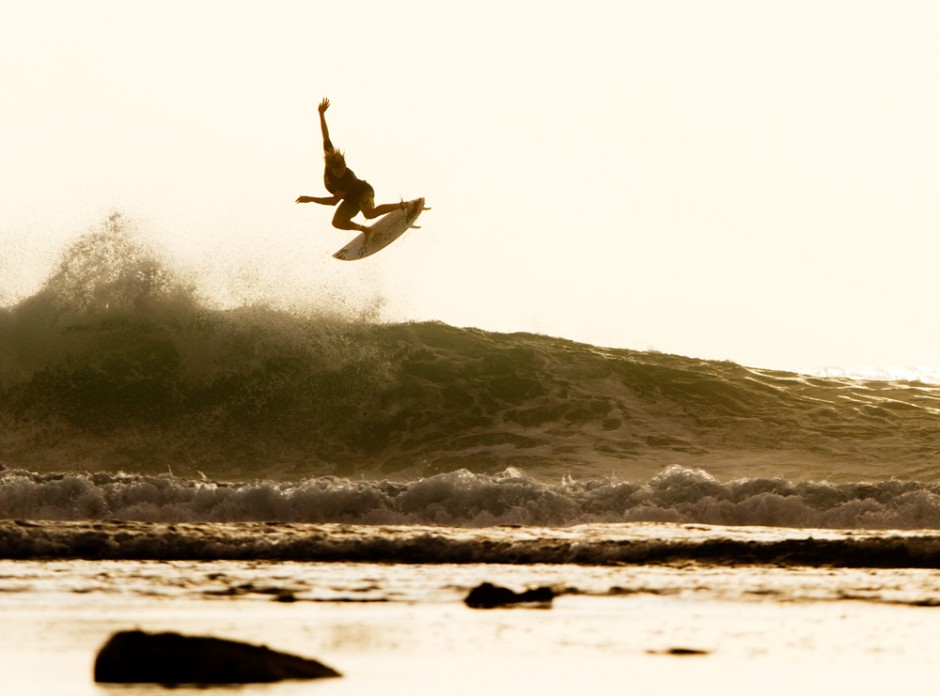 Veteran surf explorers will often state that one could spend an entire life exploring Indonesia and barely scratch the surface of waveriding potential. The mere notion has been the thrust of marketing campaigns and surf media for generations, and still they continue to make fresh discoveries. "Searching." That's the word they use. But it's a term of layered meaning, as the thing most people find is often not a "thing" at all. 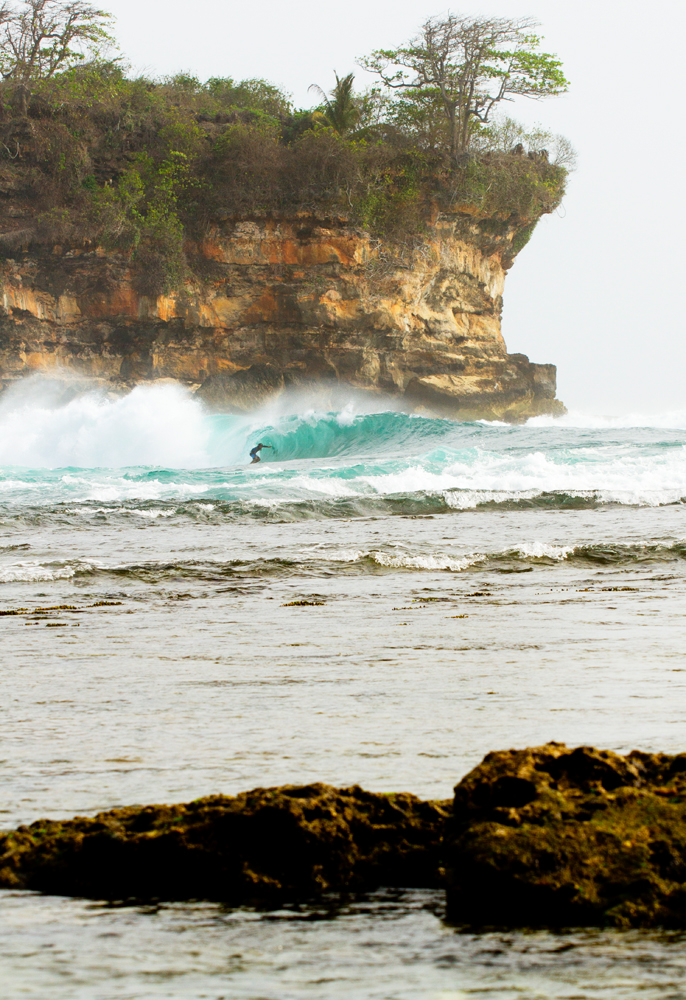 This is the test

Warm water and an empty lineup. The reef is shallow and sharp. The waves are stacking across the horizon. Far from hospitals and familiar faces…this is the test. Turn and paddle. Head down. Focused. Pushing over the lurching cliff…plunging down the arcing face…the world falls away. Crashing. Hurtling. Screaming. In the roaring silence of the rushing wave, all the questions find their answer.

Tagged
Surfing Indonesia Ambassadors
What did you think of this story?
Meh
Good
Awesome
✖
travelstoke
Download the mobile app
stoked by