JUST IN CASE our miles and miles of pristine Atlantic shoreline weren’t enough, we’re going green, too. We’re getting creative. We’re pushing the bar, and here’s how.

1. An entire district exists to ignite your creativity. 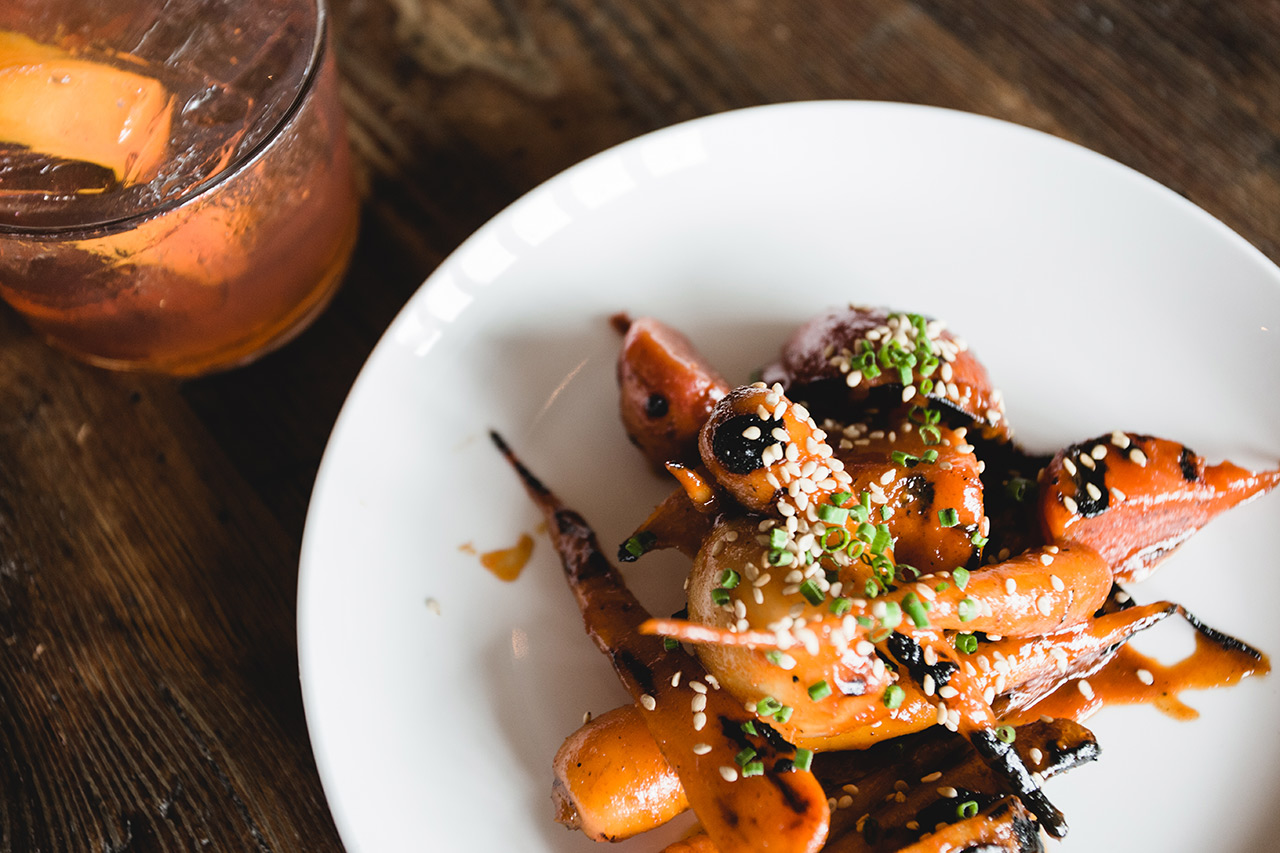 The ViBe Creative District, tucked within the Resort Beach area, is easily spotted by its newly painted, colorful, and eclectic crosswalk art. Cross the line, and you’re in a haven of local art, cuisine, culture, and shopping. It’s something to experience any day of the week, but it really shines during First Friday and Second Saturday events — local musicians, artists, chefs, and business owners throw open their doors on the first Friday of the month for a night of music, food, entertainment, connecting, and strengthening the city’s artistic inclinations.

The district is also home to Commune, Virginia Beach’s first farmer-led restaurant, which serves up a locally sourced menu from an on-site garden, including the popular organic Heirloom Cornmeal Waffles. Sharing the garden is Esoteric, a 1940s-housed restaurant with fresh European flair. Also residing here is Benevolent Design Co., your stop for custom hand-crafted furniture made from reclaimed local wood. And never skip Three Ships Coffee Bar and Roastery — roasting some of the best beans this side of the Mississippi. 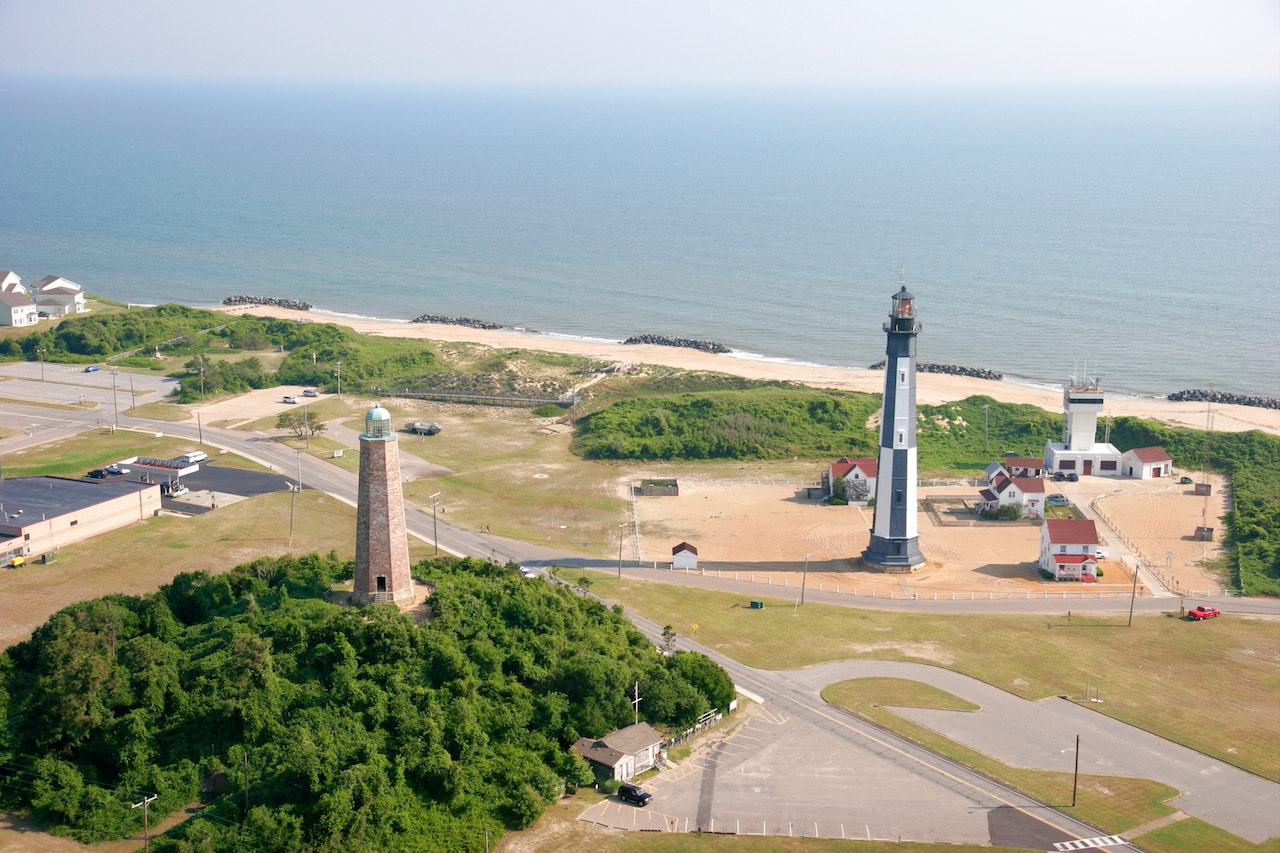 Virginia Beach’s Cape Henry Lighthouse is the original lighthouse. Seriously. It was the first federally funded construction project, approved by ol’ George Washington himself and overseen by Alexander Hamilton in 1792.

And while it’s definitely easy on the eyes from the outside, you’ve got to take the history-packed tour inside and to the top. Bring your camera, as the lighthouse’s pinnacle offers views that are definitely Instagram-worthy. If you capture a stellar photo, enter it in the monthly photo contest for a chance to win a laser-cut Cape Henry Lighthouse frame.

3. …or soar even higher in a WWII fighter plane. 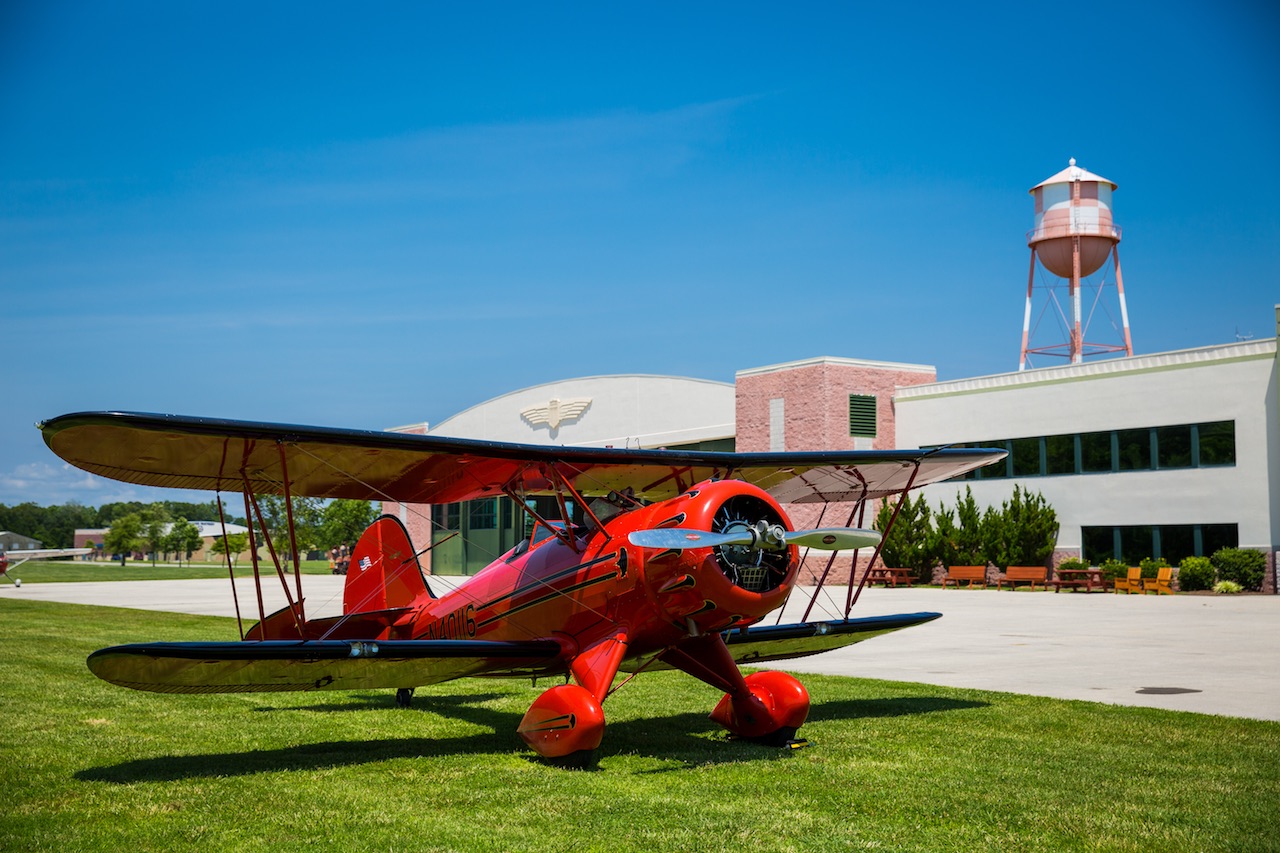 Yep, you read that right. Our Military Aviation Museum is home to one of the biggest collections of warbirds refurbished to flying condition, meaning you can actually take to the skies with local volunteer pilots in planes that were flown during WWII. Not replicas, not reproductions — actual WWII planes like the P-51 Mustang and the Bel P-63 Kingcobra. Calling all thrill-seekers and history lovers, because this beats a hot-air balloon ride by infinity.

Hint: If you’re a photographer, get into the 1941 Boeing Stearman. It has an open cockpit and will basically act as your own personal drone. Couples should climb into the Waco YMF-5 biplane, perfect for two. 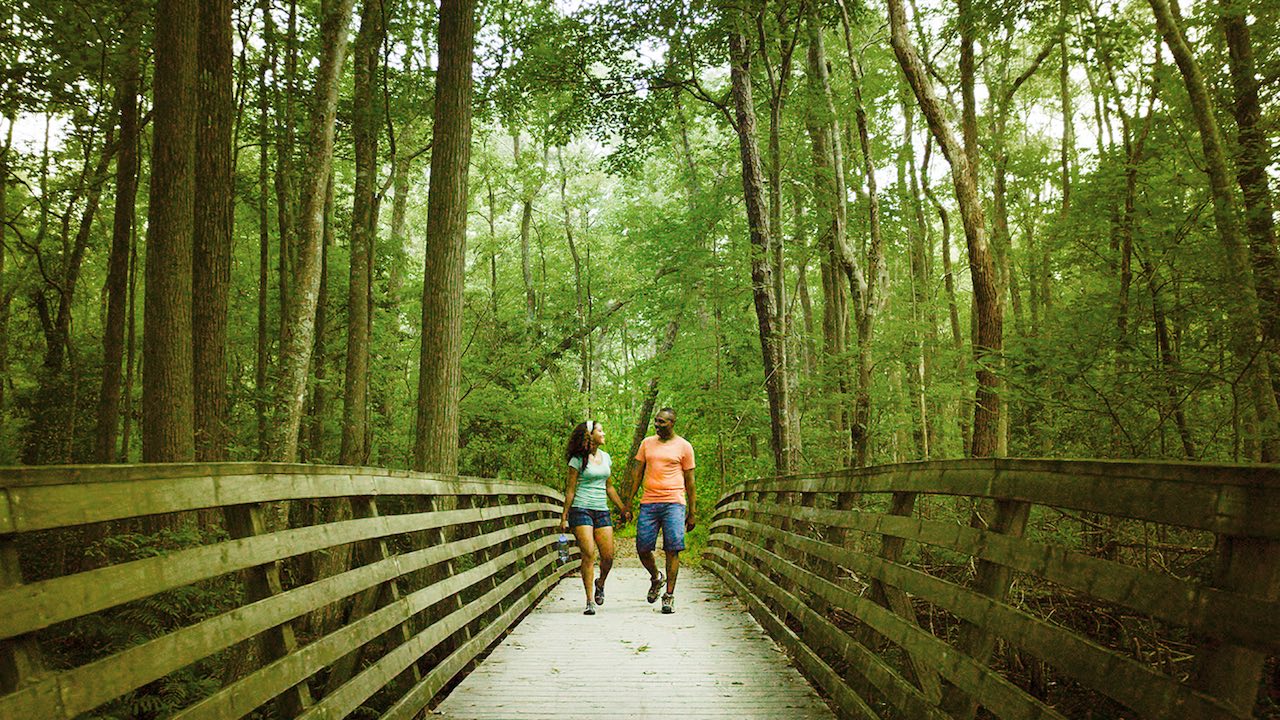 The most-visited state park in Virginia and one of the best camping sites on the entire East Coast has another claim to fame: It’s the site where the first permanent European settlers landed in North America. We’re talking 1607, the Virginia Company, and the stuff your American history textbooks are made of.

Nowadays, the landing site is memorialized as First Landing State Park. There are 19 miles of hiking and biking paths, as well as cabins, campsites, and ample opportunity for fishing and swimming. Maybe the best part? The coastal wildlife, like osprey and chicken turtles. No wonder over a million people visit each year.

5. Your bicycle fits one? Ours fit four. 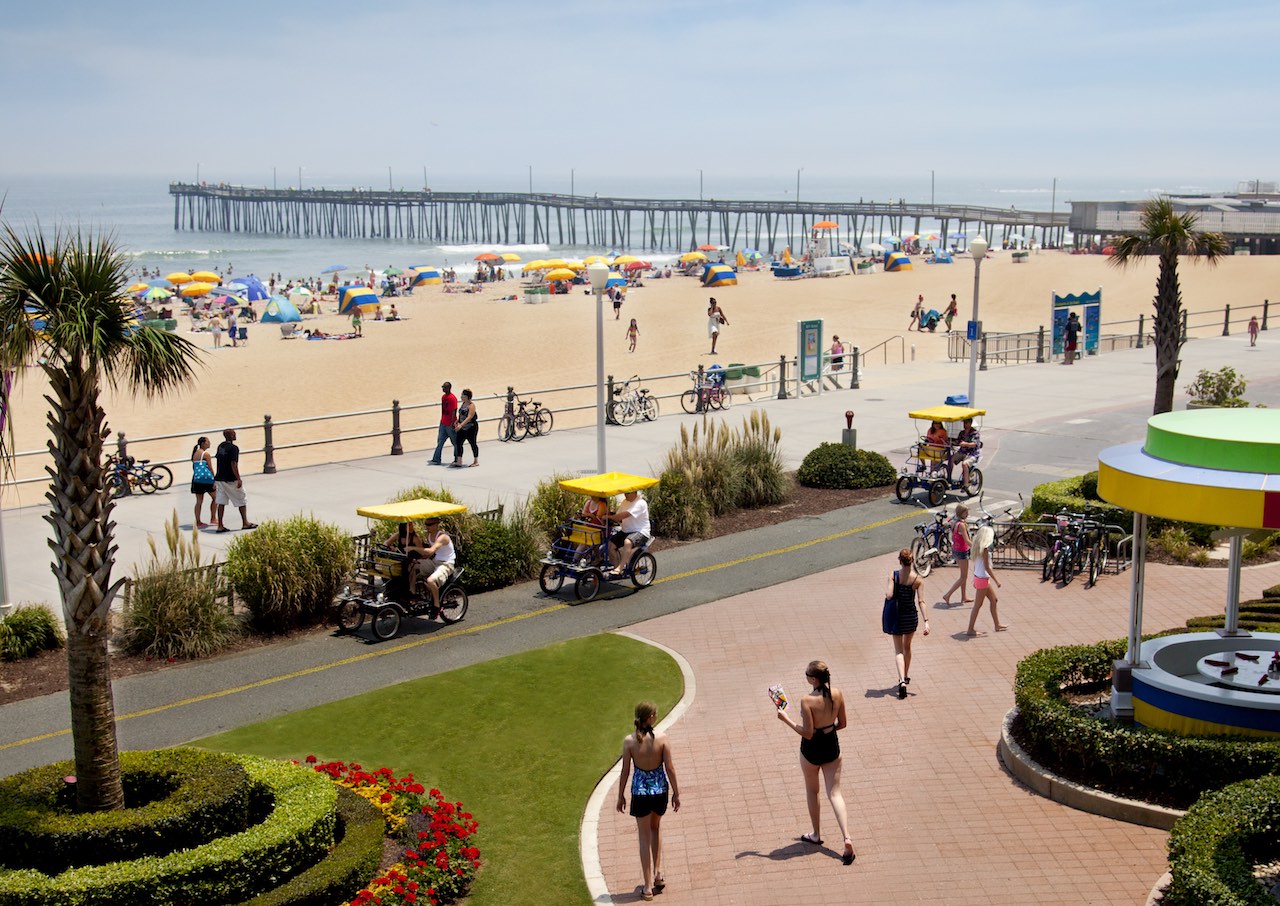 Grab some of your buddies and head to Virginia Beach’s three-mile boardwalk for a bike ride unlike any you’ve experienced before. Sure, you could rent a normal one-person bike — you can even rent skates or beach cruisers from Cherie’s — but it’s way more fun on a family-sized ride aboard a surrey. There’s a designated bike path, so you and your fellow passengers won’t have to worry about dodging pedestrians (though in a four-person bike, you’ll rarely be the party doing the dodging).

If you need to take a break from pedaling, do two things: Make everyone else pick up your slack and enjoy the ride and, when it’s snack-and-rest time, give in to your sweet tooth and grab some homemade saltwater taffy at Forbes. With three oceanfront locations along your route, distance is never an excuse.

Also, don’t forget to pause to take a pic with the legendary bronze King Neptune statue on the boardwalk. With a selfie next to a 34-foot statue in a surrey, you’ll win every Facebook award ever.

6. We prefer our modern buildings green… 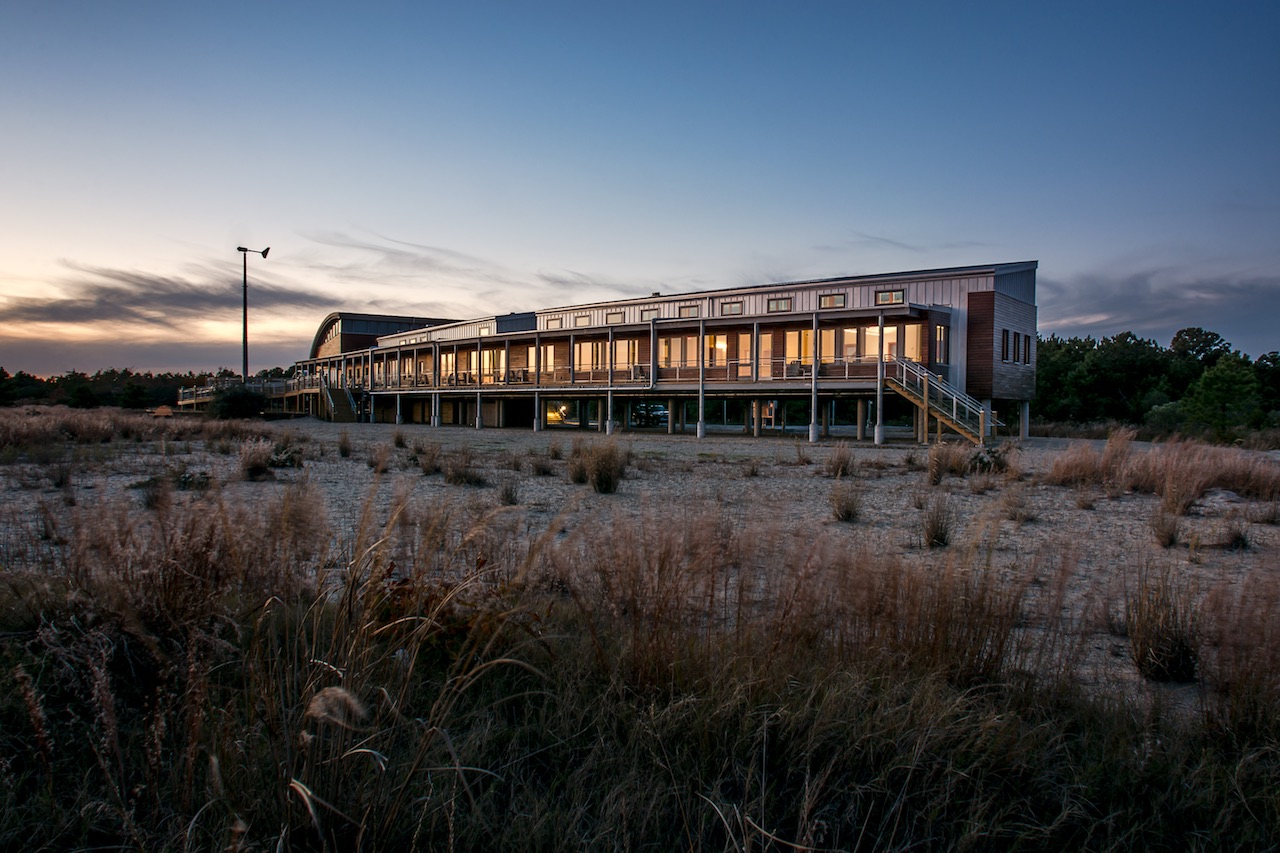 The massive edifice known as the Chesapeake Bay Foundation’s Brock Environmental Center, conveniently located on the banks of the Lynnhaven River (and privy to the views that come with the territory), produces 83% more energy than it uses. It has 168 solar panels gracing its rooftop, and was the first commercial building in the continental U.S. authorized to collect and treat rainwater to be consumed as drinking water. It’s basically the Building of the Future.

There are guided tours, where you can learn about how the Chesapeake Bay Foundation managed to establish one of the most energy-efficient — and all-around eco-savvy — buildings in the world. After you’re done renewing your hope in the world, spend some time outside to appreciate the architectural design, the photovoltaic roof, and the wind turbines (and the views, of course).

7. …but we also celebrate our historic homes.

The founding fathers left their mark on Virginia Beach, and those marks are still here. Check out the exquisite Thoroughgood House, built in the early 1700s for one of Virginia’s original colonists. There’s also the Francis Land House, located in Virginia Beach’s Rose Hall District, near Princess Anne Plaza — it was the Georgian- and Federal-styled plantation home of one of the prominent founding families of Princess Anne County. Both are currently open for tours, showcasing life in Virginia in the 18th and 19th centuries.

Other historic homes offering budget-friendly glimpses into early life here in Virginia Beach include the Adam Keeling House and the Lynnhaven House. The former goes all the way back to the 1680s, while the Lynnhaven House was constructed around 40 years later. Yep, far more than just your average beach town.

8. The rest of America has shamrock shakes — we have shamrock marathons. 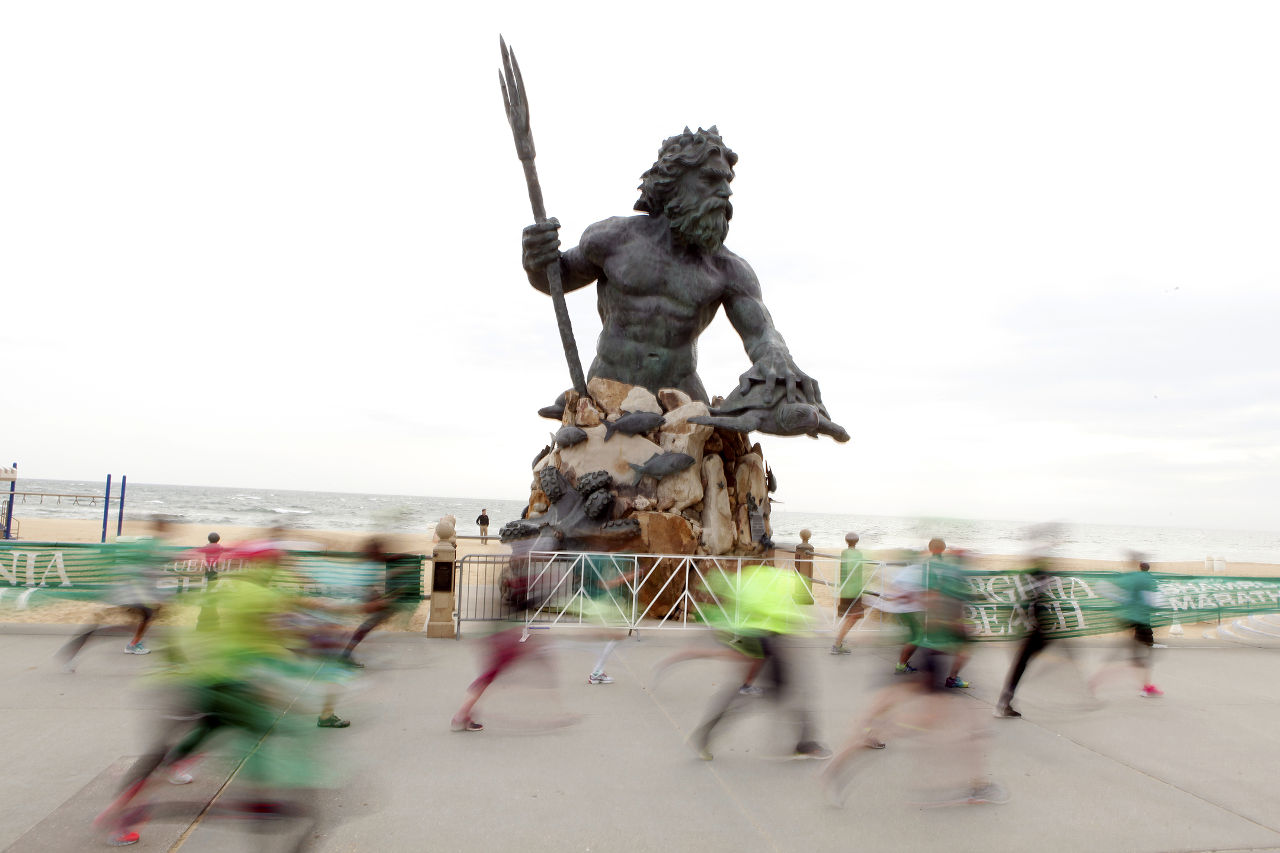 Each March around St. Patrick’s Day, 30,000 runners from all over the world converge on the Virginia Beach oceanfront to participate in the Yuengling Shamrock Marathon, a Boston Marathon qualifier. Throughout the race, runners get their hearts pumping against panoramic views of beaches and ocean and make their final strides to close out the race on the boardwalk. Spectators get the opportunity to cheer on some seriously talented runners — those looking for a quick sweat can participate in the shorter events.

To top it off, there are plenty of St. Patty’s Day celebrations following the race, so get ready to cheer with some Murphy’s Irish Stew and a cold Yuengling beer. And, of course, be sure to wear green or you might get pinched.

9. Here, you can walk among legends.

You know all this Virginia history we’ve been talking about? Luckily, many of the most interesting anecdotes, biographies, and tales are compiled in one place. Salute past and present influential Virginians by visiting the Virginia Legends Walk, located near 13th Street and Atlantic Avenue, right along the water. Easily identified by a hefty brick archway, the exhibit includes tributes to Edgar Allen Poe, Captain John Smith, Ella Fitzgerald, and other famous Virginians (there are a lot). Did we mention admission is completely free? And new inductees are added each year, so be sure to keep checking in.

Better start studying up now — you don’t want to mix up your combo swells with your backwashes and your barrels when you’re hanging out with the pros. For the past 55 years, Virginia Beach has drawn professional and amateur surfers from all over the world to participate in the annual Coastal Edge East Coast Surfing Championship, or ECSC — the longest continuously running surf competition in the country. The event is just as much for spectators as it is for participants, since you can grab a snack, sit on the dunes, and watch these athletes defy the physics of water. It takes place in August along the Virginia Beach oceanfront, and the total prize giveaway? More than $100,000.

But it’s not all about surfing: There’s also a half pipe where you can check out BMX and skateboarding demos, as well as skimboarding, stand-up paddle boarding, beach flag football, beach volleyball, beach cornhole, and a boardwalk 5K run. 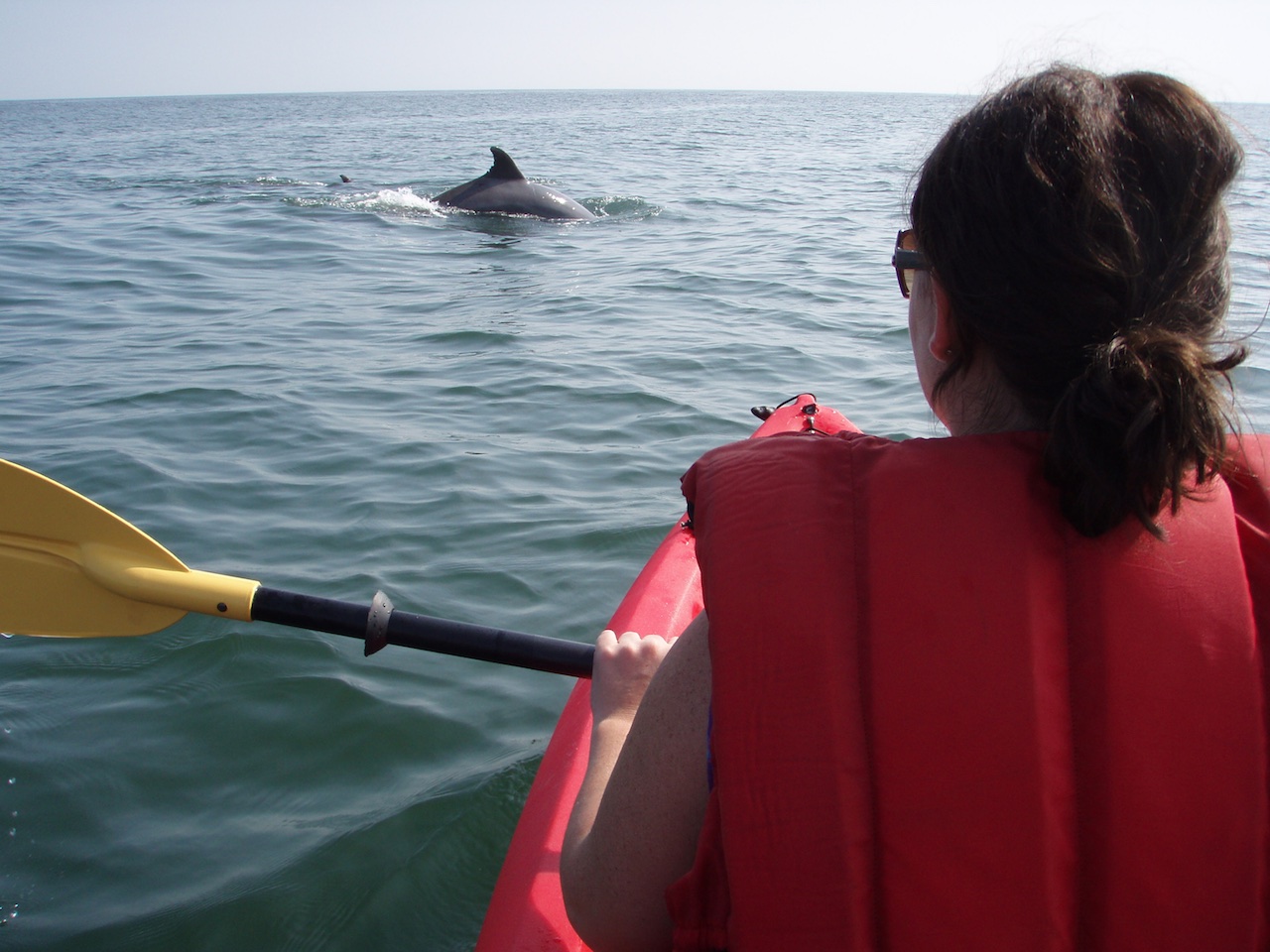 History, the arts, good coffee — but don’t forget: At the end of the day, we’re still a coastal city, and we love the water. Memorial Day through Labor Day, dolphin-watching tour boats take to our waters and follow bottlenose dolphins as they swim across the Chesapeake Bay and Virginia Beach oceanfront. The animals often venture up close and sometimes even ride the waves alongside the boat.

If that’s not close enough for you, there are dolphin kayak tours, too, through Surf & Adventure Co. Every so often, tour-goers and kayakers get a glimpse of sea turtles, or even the elusive humpback whale — another good excuse to keep staring out at the horizon.