ARIZONA HAS A CERTAIN magic to it. There’s the awe-inspiring sandstone buttes of Monument Valley and the hidden depths of Kartchner Caverns, the climate extremes, the enormous sky. The U.S. is home to only one of the seven natural wonders of the world, and it’s in Arizona. Here, we have scenery that’s basically designed to fuel artists’ imaginations. And that’s not even mentioning the quirky attractions like haunted hotels and the vintage Airstream trailer park.

Over six million visitors hit the Grand Canyon alone last year, making Arizona the eighth-most-visited state in the nation. But even with all those people, some places still fly under the radar — and you have to be here to really get to know them. Here are just a few of the things you’ll only understand once you’ve traveled to the 48th state.

1. It’s possible to sunbathe and ski in a single day.

And you don’t even need a private jet to do it. Fly into Phoenix, hang out with the cacti in the sun, and then make the jaunt to Arizona Snowbowl in Flagstaff — less than three hours by car — for an easy trip from one season to the next, all in the same day. The resort, with a base elevation of nearly 10,000 feet in the San Francisco Peaks, sees 260 inches of snow a year on average, so the snow under your skis or your board is almost always fresh. Up here, it feels like Christmas: snowy pines, creamy snow, and hot cocoa by the fire.

Back in Phoenix, it’s bikini season. With temps in the 70s and 80s in late fall and early spring, you can go from snow bunny to beach babe without any Zs in between. For this trip, you might want more than just what you can cram into your carry-on.

2. The quesalupa is not Mexican food.

Every time an Arizonan ventures into the drive-thru, a Mexican abuelita dies a little inside. That’s because Arizona offers some of the best and most authentic Mexican food north of the border. 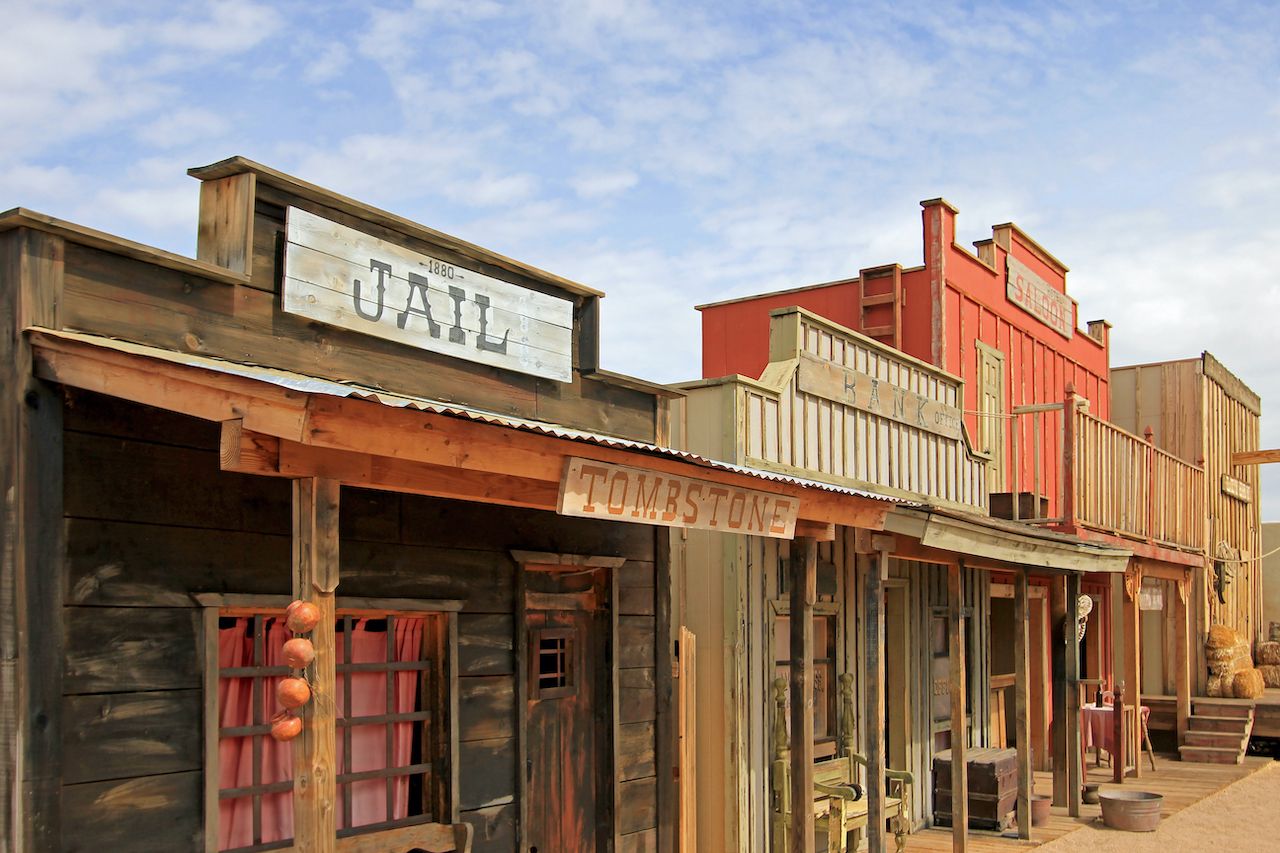 The locals that run

With its bloody Wild West history and American Indian spiritual lore, Arizona lays the groundwork for heaps of paranormal activity. At least, so say dozens of spook-hunting organizations operating in the 48th state. Most locals don’t actually want to “bust” these ghosts, since they’re good for tourism — or maybe because they’re actually real?

To see it for yourself, check out the

I grew up watching good ‘ol Wile E. Coyote’s attempts to nab the elusive Road Runner — most of us did. Cue ACME anvil dropping. So imagine my surprise when I discovered the real-life inspiration behind the Looney Tunes’ tricky bird isn’t purple or ostrich-sized and doesn’t chirp, “beep-beep!”

A type of cuckoo found in the American Southwest, the mottled black-and-white bird is famous for its clown-like movements and speediness — up to 20 miles per hour. (Unfortunately, the inspiration for Wile E. has a top speed of 43 mph…you do the math.) Just one example of the incredible wildlife you’ll see in this part of the world.

6. You’re invited to fry an egg on the sidewalk.

In most parts of the country, this would just be a cliché. But here in Arizona, it’s a celebration: The Sidewalk Egg Frying Challenge is an annual July 4 tradition in the sleepy Southwest town of Oatman. Really — no yolk. However, full disclosure: Sidewalks aren’t that great at conducting heat, and winners tend to use magnifying glasses or aluminum foil to get the job done. Either way, it’s still impressive, and some of the competitors are pros — the best of the best will make it a full-on brunch with bacon and potatoes.

Tip: You can also bake cookies on your dashboard! In 2013, a meteorologist baked chocolate chip cookies on the dash of a Dodge van, taking advantage of desert heat in what has to be the best possible way.

7. Vortexes are actually a thing. 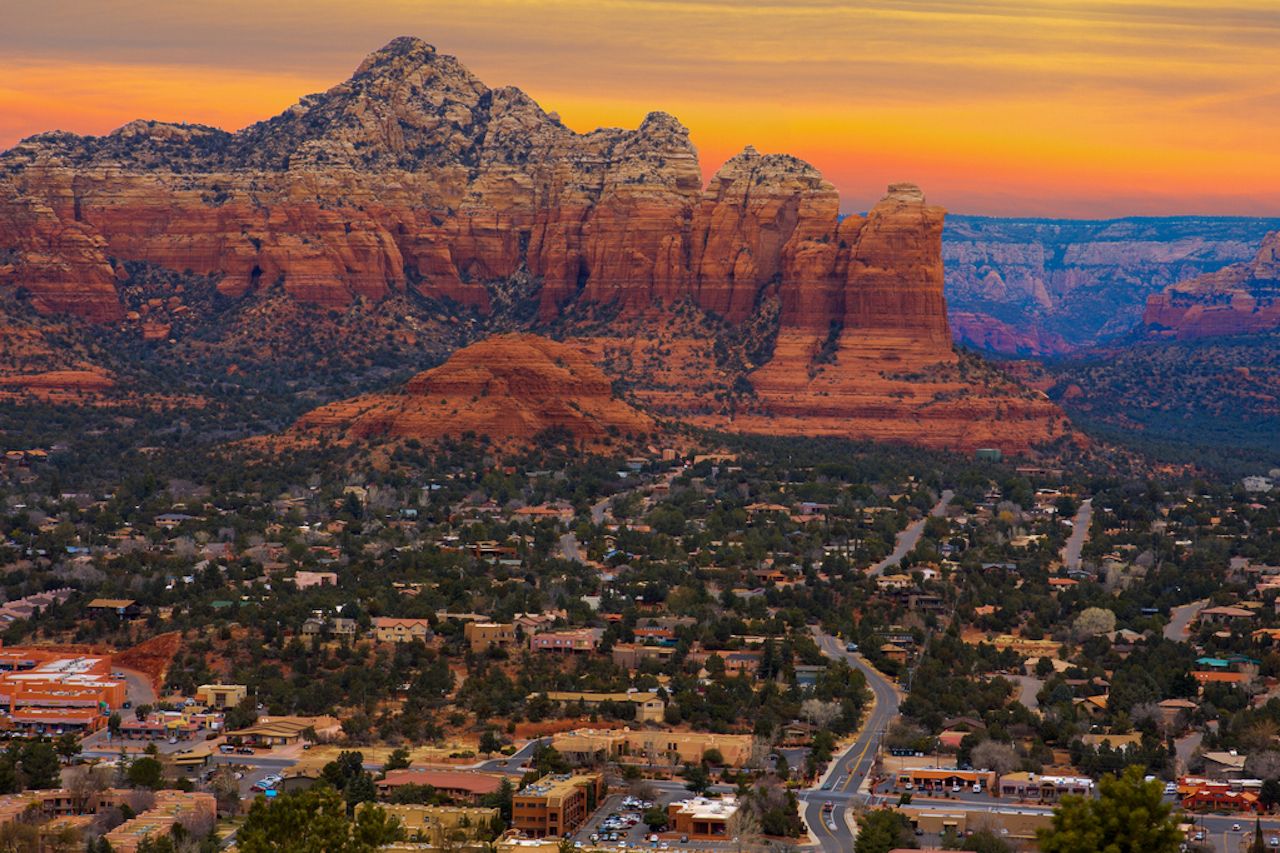 Or so they say.

But if you do want to give the woo-woo of it all a shot, you wouldn’t be alone. The entire city of Sedona is purported to be a spot where the “veils to other dimensions are thinner,” but Cathedral Rock, the Chapel of the Holy Cross, Airport Mesa, and Bell Rock are supposedly the hottest of hot spots. The first two are believed to be full of feminine energy (where energy enters the Earth); the latter two are believed to be masculine (where energy exits the Earth). Get to a spot, sit down, and breathe. Do you feel it?

8. There is water in the desert.

Sure, Arizona has gone through some intense drought periods and has its fair share of tumbleweeds, but the state isn’t exactly dry. While Stoneman Lake and Mormon Lake, both located south of Flagstaff, are the state’s only natural lakes, Arizona is home to more than 100 manmade (and beautiful) waterways, including popular tourist destinations Lake Havasu, Lake Powell, and Lake Mead. There’s

Tip: Experiencing the natural beauty of Arizona is best done from a kayak or

It’s also not in London. The famous 1830s structure that once spanned the Thames was auctioned off to Lake Havasu City founder Robert P. McCulloch in 1968. The entire purchase, including moving costs, approached a staggering $10 million. The bridge was dismantled brick by brick, shipped to the States, and reconstructed to link Lake Havasu City to an island nearly 1,000 feet offshore, and it’s still in use today.

10. Saguaros are the vampires of the Southwest.

No, we don’t mean that the towering, regal cacti will suck the life out of you. Sure, like vampires, the prickly white spine of the saguaro do occasionally draw blood. More importantly, though, they’re about as close to immortal as a desert plant can get, living upwards of 200 years.

And they’re iconic. Though they’re sprinkled throughout most of the state, there’s no better place to appreciate the mighty cactus than at

11. Walking on glass 4,000 feet above the ground is as exhilarating as it sounds. 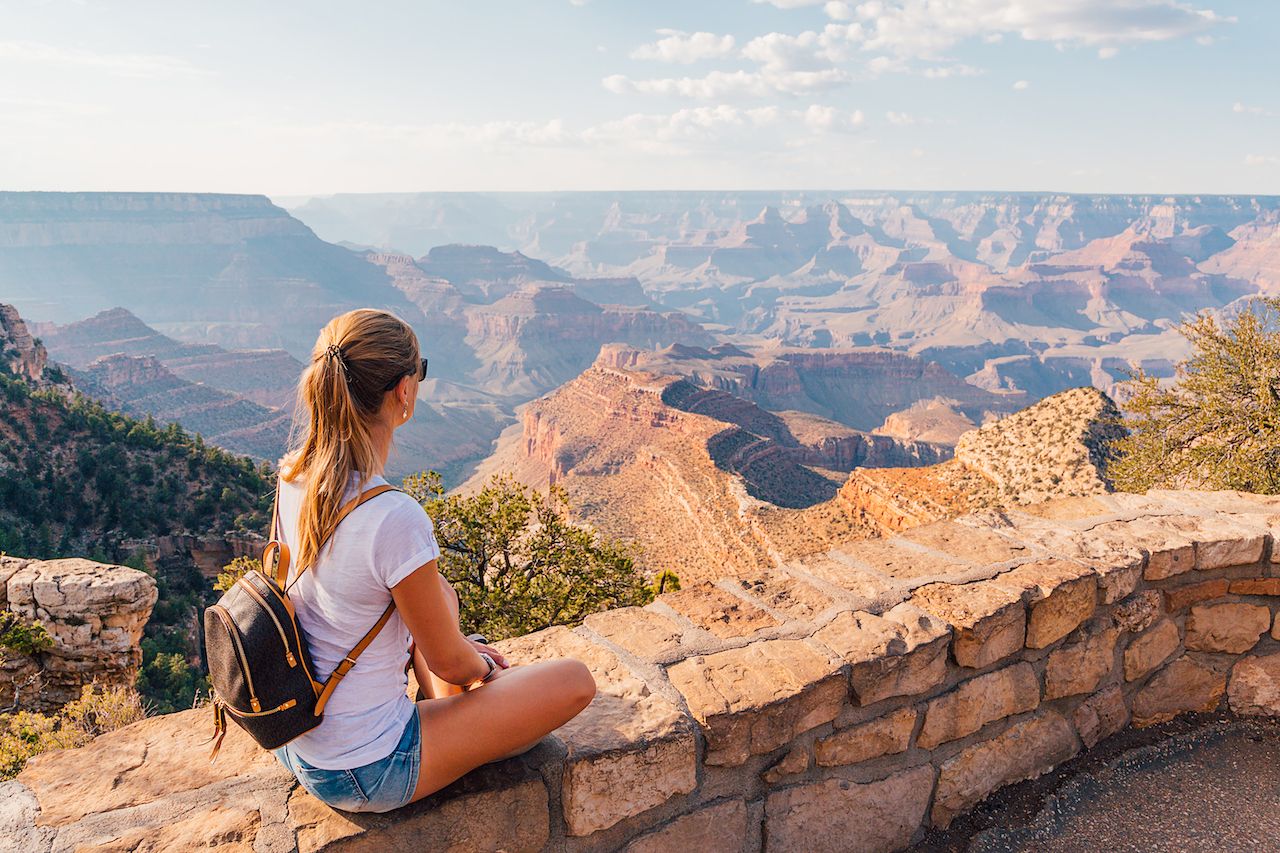 It’s a daredevil’s dream and an acrophobe’s worst nightmare. Opened in 2007, the

You’ll find it on the West Rim, and while you should see the park from all sides, this one is a can’t-miss. From this vantage point, nature doesn’t get much grander.

This post is proudly produced in partnership with the Arizona Office of Tourism.
Tagged
Culture Trip Planning Arizona, United States Arizona: Go Grand
What did you think of this story?
Meh
Good
Awesome
✖
travelstoke
Download the mobile app
stoked by