New York may have more Michelin stars (for now) but San Francisco is making a serious play for the title of “Dining Capital of the US”. With more restaurants per capita than any other city, it’s a foodie’s paradise – you’ll find everything from Korean fusion food trucks to tiny farm-to-table operations and twelve-course prix fixe menus.

And take note: the drinking is just as good. Wine country is only an hour away, and for every $12 craft cocktail in the 7×7, there’s a dive with sticky floors serving $2 beers within walking distance. So, whether you’re a lifelong local or just in for the weekend, consider this your dining bucket list.

No reasonable person could be expected to believe that we sampled every burrito in the states before deeming this one the top dog. But then, what reasonable person would care, after tasting what’s arguably the best combo of tortilla, carnitas, beans, guac, and cheese ever to grace American soil? 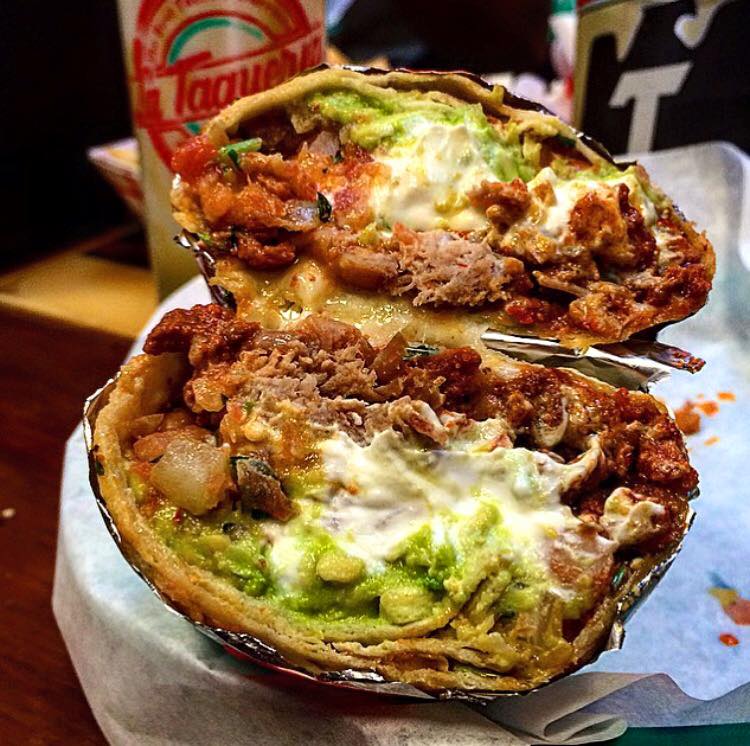 It’s a sad fact that, when it comes to bagels, the West Coast just doesn’t bring their ‘A’ game. (Something about the water?)

Luckily, San Francisco makes up for it with world-famous sourdough. Plenty of Bay Area bakeries are deserving of this reputation, but few are as beloved as Tartine, or as internationally acclaimed. Come for the baguettes and the morning buns; stay for outdoor seating that turns reading, latte-drinking, and people watching into an all-day affair. 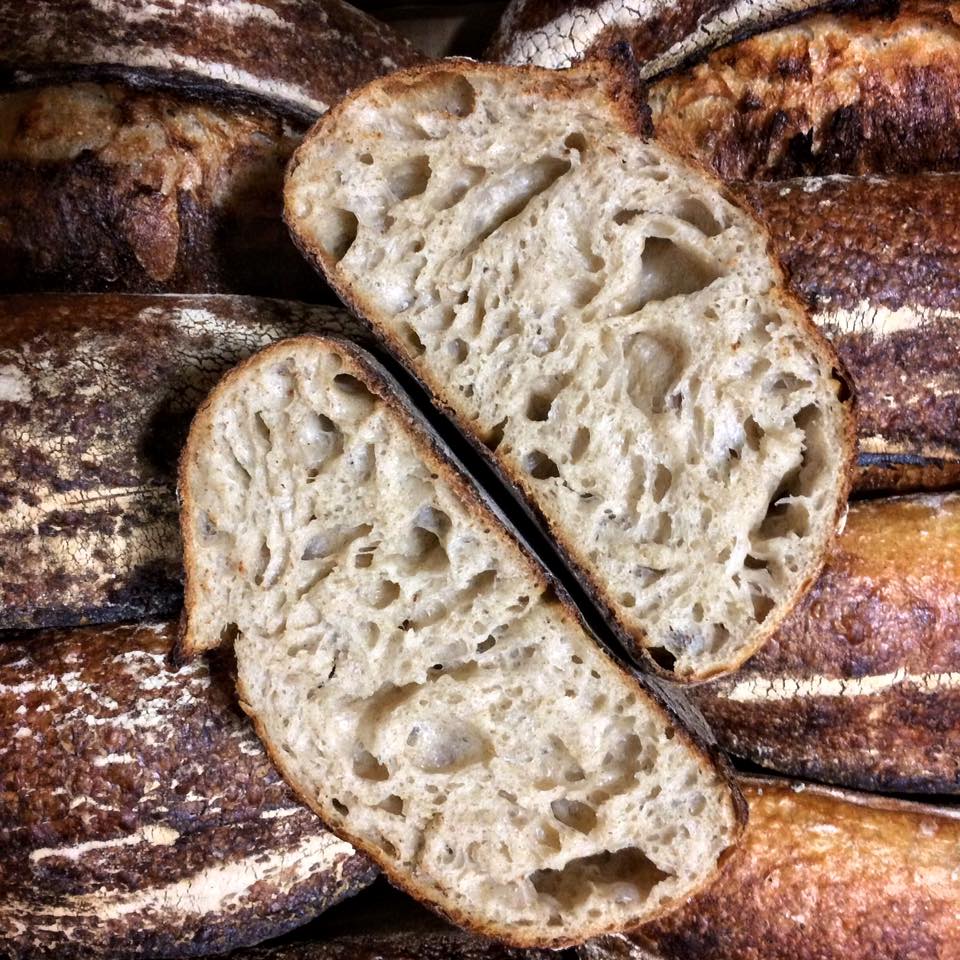 San Francisco gets a lot of flak for its cool, foggy, and generally less-than-perfect weather. But spend just one sunny afternoon in Dolores park, and all of your complaints will fade away.

Maybe it’s the picture-perfect view of the city, or the constant stream of locals who’ll make you wonder, does anyone in this city work?

One word to the wise – when you’re inevitably tempted to try Bi-Rite‘s famous ice cream, forget the creamery. The clued-in buy pints at the market across the street. Same product, no wait. 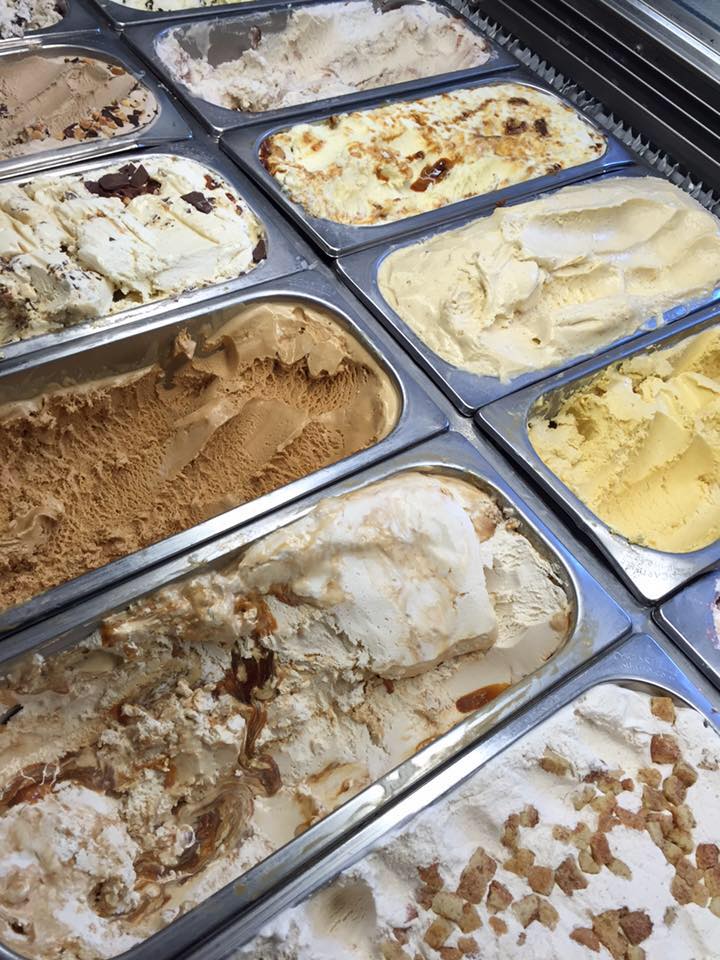 Get the burger. Get the French toast. Get a cocktail – actually, make that two. This neighborhood hangout is overwhelmingly popular, which can be off-putting if you don’t have a reservation, but they save a certain number of seats for walk-ins. 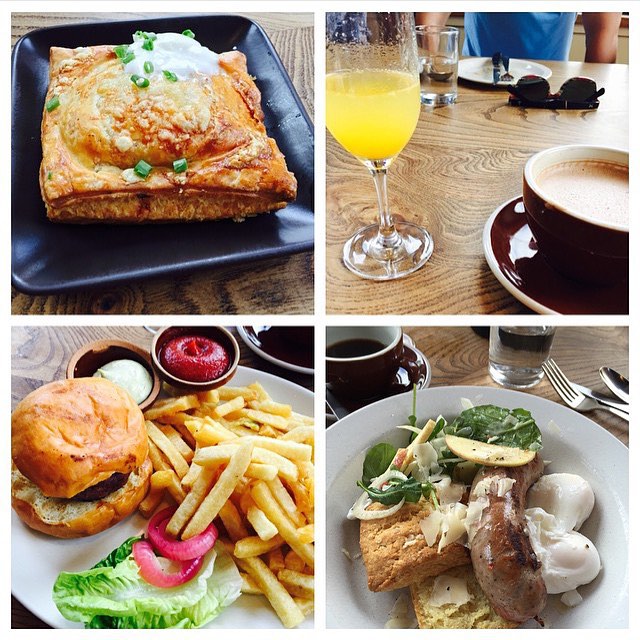 In 2013, a group of Bay Area techies made headlines, not for their latest mobile app, but for a bot they’d designed to hack the State Bird reservations system. Yes, tables are that hard to get; though if you don’t mind dining late (or very early) they save a handful of slots for walk-ins.

Once inside, a written menu provides you with a vague sense of what will be on offer, but good as it looks (and undoubtedly is) save room for the dim sum.

It works like this: throughout the night, twelve or so ‘surprise’ dishes get passed around on rolling carts. You’ll taste things you’ve never tasted, let alone heard of – spontaneity is the name of the game. Come with an open mind and you won’t be disappointed.

To the casual observer, it might seem a little redundant to put State Bird and Lazy Bear side by side on a list of San Francisco musts.

…Unless that casual observer has already dined at one or both of these establishments and learned first hand just how very different (and utterly unmissable) they both are.

Originally conceived as a pop-up dinner party, Lazy Bear quickly became such a coveted reservation that they had to open a brick-and-mortar location to keep up with demand. The pre-paid tickets sell out almost instantly, and up to months in advance. But where else can you watch the chef prepare your meal and sample eleven courses of pure genius in one sitting? 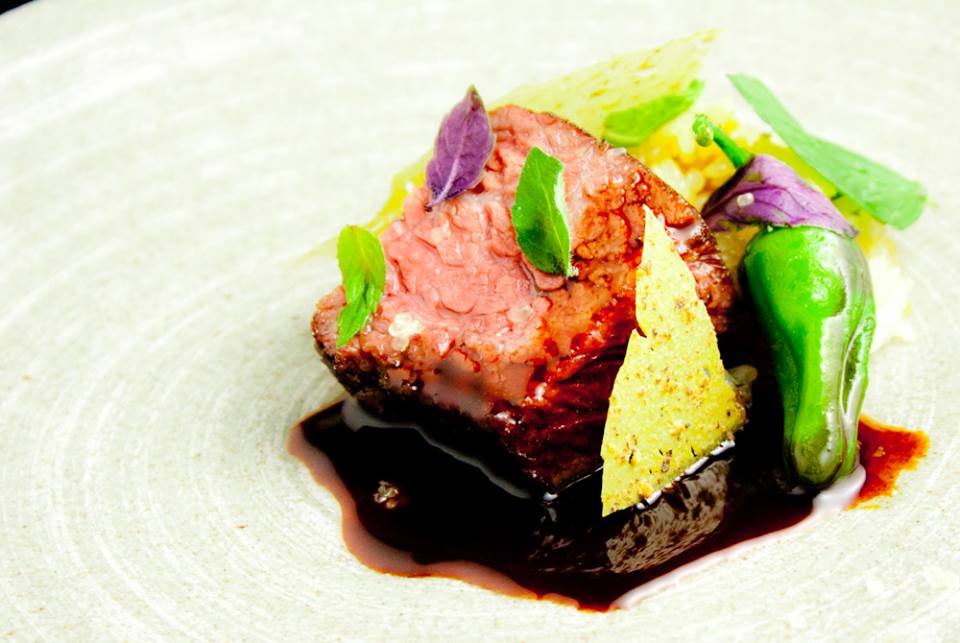 7. Any sandwich at Ike’s

A consistently long line can mean many things. That the management is slow, that the place is a tourist trap, and, occasionally, that the food is just that good. Ike’s falls into the third category. For every out-of-towner who read about the legendary subs in a travel guidebook, there are twice as many locals who brave the wait on a regular basis and still think it’s worth it. The sandwiches are so damn good, they have signs forbidding you from eating on the premises and clogging up the sidewalk. Apparently, the neighbors complained. 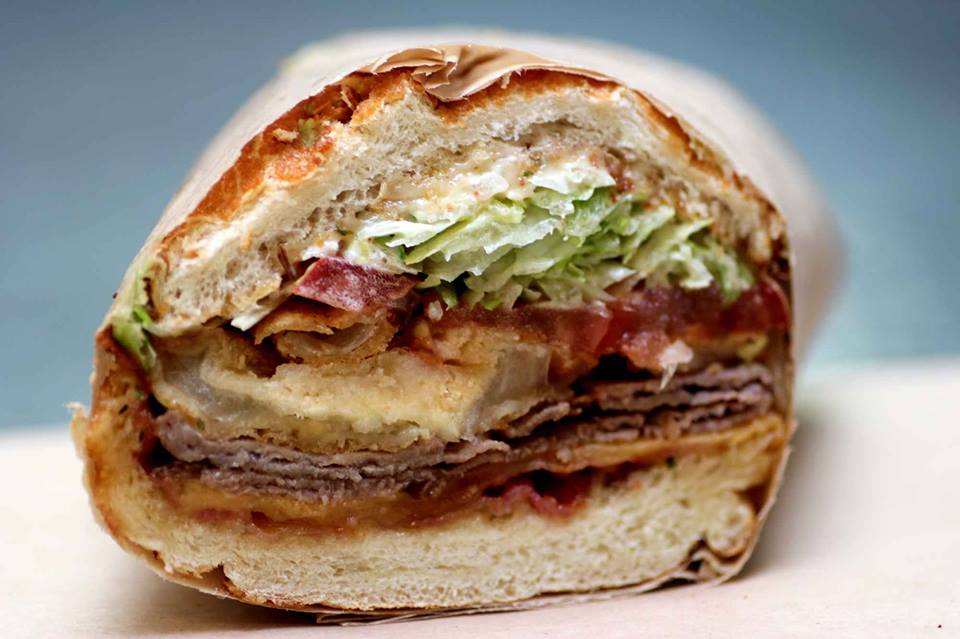 While it doesn’t boast panoramic bridge views like some of the better-known rooftop bars, Jones has a great vibe and a truly impressive cocktail menu. Besides, the huge patio is even more of a rarity; it’s so expansive that you can always find a seat. If you’re rolling 20 deep on a Friday night, this is your best (and likely only) bet.

9. Beer with a scowl at Zeitgeist

Generally, getting your drink served up with a side of serious attitude would be all the reason you’d need to avoid a place. But if anything, their reputation for hostility has made this open-air beer bar, even more popular. Getting thrown out by the surly, tattooed bartender into something of an initiation rite – you’re not really a local until it’s happened to you, and true San Franciscans wear it as a badge of honor.

North Beach is San Francisco’s answer to Little Italy, and that means one thing: lots and lots of delicious Italian food. The restaurants along the main drag sit wall-to-wall for blocks, and just about all of them are good – but some of them are much, much better.

If you’re in the mood for pizza, Tony’s is an obvious choice. The owner is a big time award-winner, and they operate at least seven different ovens to ensure each style of pizza – from Detroit red top to cracker-thin Roman – is cooked to perfection.

The bad news is, the secret is out, so this place is packed from open to close; you could end up waiting three hours for a table. If that’s too daunting, hit up Il Casaro instead. The pizzaiolo trained at Tony’s, and though the menu is more limited, the food is every bit as good.

On the other end of the spectrum, Golden Boy is decidedly American. Their pillowy square-cut slices drip grease, and the wait is longest after the bars close… but if you get a midnight craving, they can’t be beaten. That you order at a literal hole in the wall and almost always eat sitting on the sidewalk only adds to the vibe. 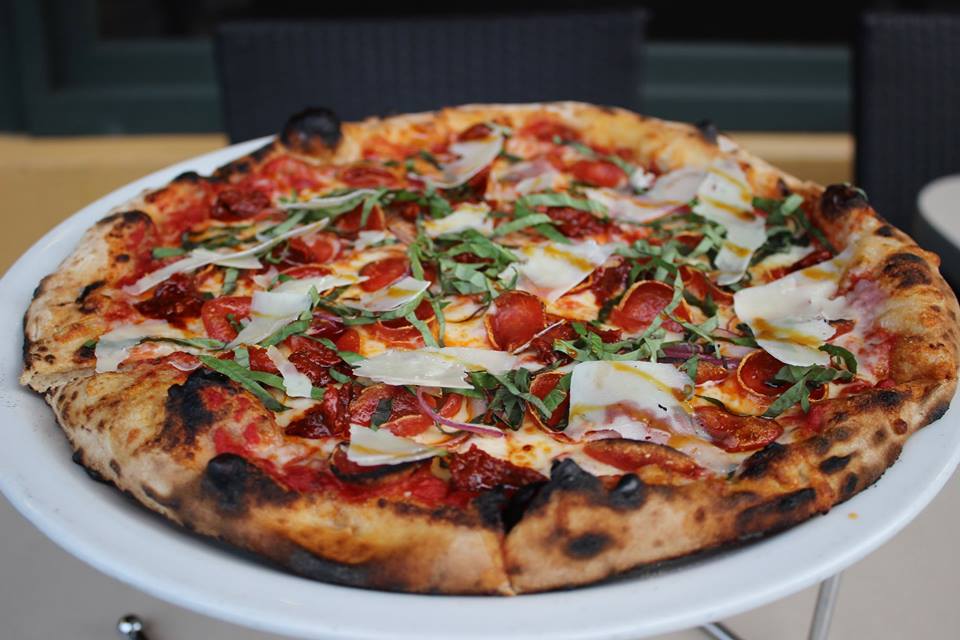 11. Off the Grid– twilight at the Presidio.

Picture this: you’re sitting fireside, cuddled up under a blanket with someone you’ve been very much wanting to cuddle up under blankets with. You have an unobstructed view of the Golden Gate bridge.

At the Presidio, it is. Every summer, Off the Grid hosts a weekly twilight picnic. It has all the necessary ingredients for a phenomenal first, fourth, or even 50th date – camp fires, a pop-up cocktail bar, and dozens of the Bay Area’s best food trucks. So next time you want to impress someone without looking like you tried too hard, take them on this sort-of-secret, super-romantic ‘is it actually a date?’ date. 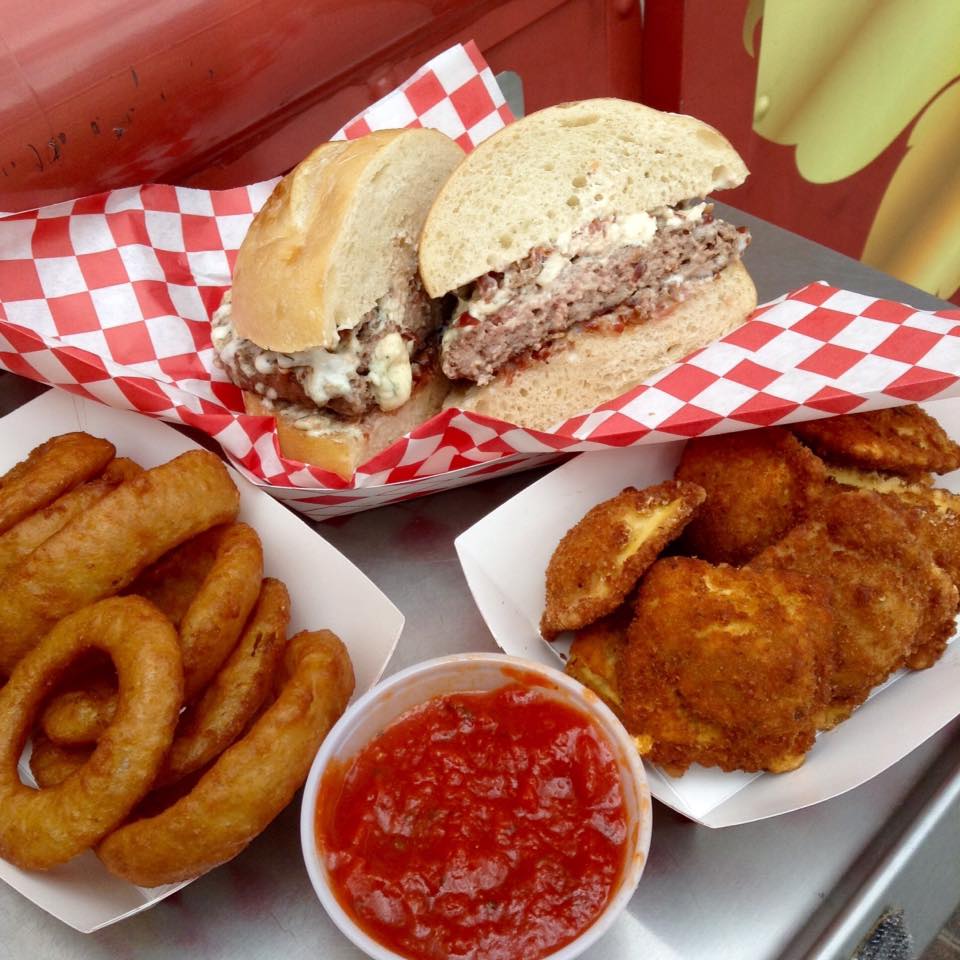 Photo: Off the Grid

12. The French Laundry, followed by wine Tasting in Napa

Disclaimer: this place is not in San Francisco. But trust – an hour’s drive is a small price to pay for a meal this mind blowing. Reservations are released two months prior to the day, and they fill up fast, but if you can plan that far ahead, all it takes is a well-timed call and a bit of patience.

The menu is inspired by French cuisine and local ingredients in equal measure, and it changes daily. Caviar, foie gras, wagyu beef, and lobster are likely to pop up somewhere in the eight courses, though. (Vegetarians, you get a separate menu). There’s nothing wrong with making a trip up from the city just for the restaurant – but if you don’t stay the night and make a wine-drinking weekend of it, you’re shortchanging yourself. Sleep at the Bardessono to experience eco-friendly luxury hospitality then hit up Schramsberg to taste the valley’s best sparkling wines and tour some seriously cool caves. (If you’re more of a red drinker, Silver Oak makes top-notch Cabernet).