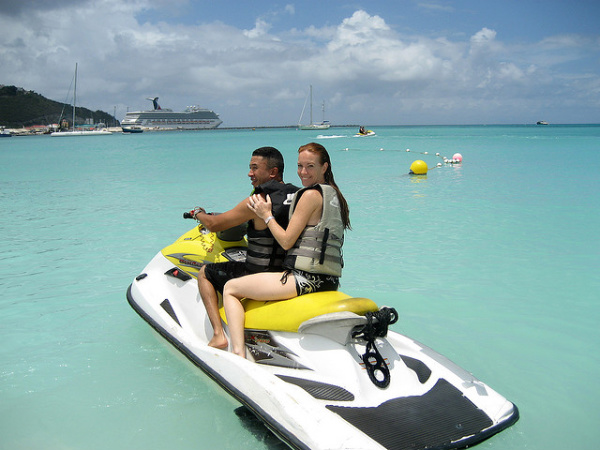 Weekend Getaways: This sure beats the view out my office window. Photo: Kevin King

I got a job in a resort town, thinking I’d never again need weekend getaways.

AS IT TURNS OUT, the inside of a cubicle looks pretty much the same no matter where you are. And as much as I love the town I live in, some weekends I’d rather be one of the smiling vacationers having tons of fun directly outside my office window.

Having an upcoming weekend getaway on my calendar helps to keep me happily enduring phone calls, emails, and coffee spills until Friday finally arrives. For all of you in the trenches with me, here are 13 weekend getaway ideas from 13 major American cities:

Weekend getaways aren’t generally long enough to include a trans-Atlantic flight to Paris, so head to Montreal. You can hop the northern border and be scarfing down smoked meats and croque-monsieur within about 6 hours of digging through your closet to grab your heaviest winter coat.

Head a few hours south to the Third Coast and spend your weekend running around the beach or getting drunk on the cheap at Lovett’s Bar. Helpful hint: tell them it’s your birthday for a free shot.

Especially good for those SxSW weekends when you need to get out of Dodge. 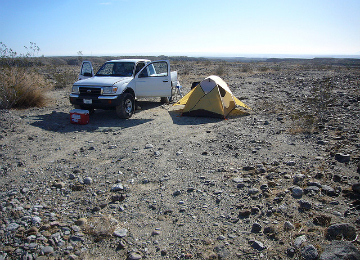 In under 3 hours you can go from your San Diego office chair to the Anza-Borrego Desert.

Since it’s one of the few places in Southern California that lets you pull off the road and camp from your car pretty much wherever you want, all you’ll really need to bring is a pair of undies and as much water as you can shove in your trunk.

After a 40-minute flight from Oahu, followed by a slightly sketchy access-road drive up Mauna Kea, strap into your snowboard for a weekend shred session at Poi Bowl. There aren’t any chairlifts on Mauna Kea, but as long as you have a 4WD vehicle, you can take turns driving.

At 5,000 feet and guarded by Tonto National Forest and the switchbacks of Highway 89A, Jerome is a long way from the heat and cornea-searing neon of the Vegas strip. Five hours by car, more precisely.

Snap touristy photos of historic buildings, cruise the ol’ “prostitution row,” or get sucked into a power vortex in nearby Sedona. Call me starstruck, but I’m dying to take a peek at Maynard James Keenan’s recent foray into viticulture at the Caduceus Cellars Tasting Room.

On a weekend getaway, you don’t have time to immerse yourself in a new place. Well, fuck it then. Play the role of the partying tourist instead, and hop on a 3-night luxury cruise to the Bahamas.

These ultra-cheap weekend trips leave Miami on Fridays and drop you back 10 pounds heavier, probably still drunk from the night before, and a hell of a lot more relaxed before work on Monday. 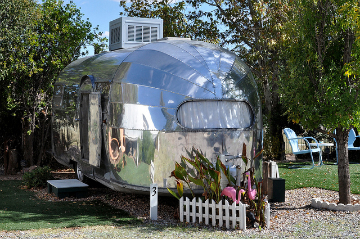 Three words you should know in Bisbee: The Shady Dell. Spend your weekend getaway in a vintage trailer, walking from your seat to the remote-less TV, just like they did in the old days.

When you get bored of being in the ’50s — as you most certainly will — poke around the mines, look for ghosts, or check out the town’s art gallery and coffeeshop scene.

Never Summer Nordic’s yurt system is an isolated weekend getaway in the Colorado State Forest. If you stay in the Ruby Jewel Yurt, you’ll have easy (kinda) access to backcountry skiing and snowboarding so good that you probably won’t mind the middle-of-the-night trek from the yurt to the outhouse.

Go from sitting at your desk in uncomfortable work-shoes to floating down the Shenandoah or Potomac Rivers in a big-ass inner tube within about 2 hours of punching out for this weekend getaway. There’s paddling and whitewater rafting on various sections of these rivers as well with BTI Whitewater. 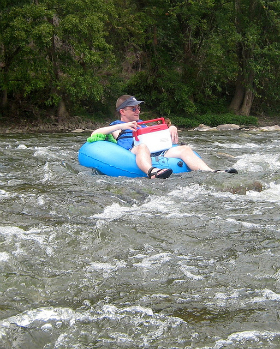 A lot of “respectable” weekend getaways from New York City tend to include sleeping under an afghan in a quaint country house. For a real break, drop the respectable bit, grab your hair gel, and head down to the Jersey Shore.

To be fair, Spring Lake has a significantly lower douche-factor than Seaside Heights, but still a good amount of Jersey Shore cheesy charm and — yes — even a B&B or two.

Tofino may be a long drive from Seattle, but it’s worth all 8 hours.

Once you’ve finally arrived, head straight to the Wickaninnish Inn. Even though you’re too broke to stay there, you can pay a small fee for a post-commute steam room session before heading off to your mega-cheap (and probably a bit damp) campsite.

On a weekend trip, my two goals are usually to turn off my Blackberry and shamelessly eat my weight in cheese. In Madison, this doesn’t even need to be all that expensive. At the Dane County Farmers’ Market, you can get started on your impending cheese-hangover for very reasonable prices. 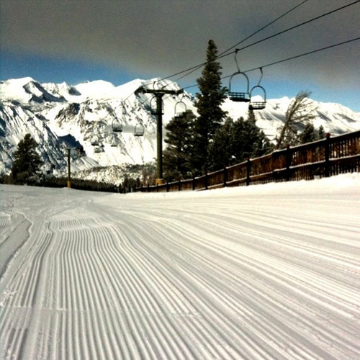 It’s not really a weekend getaway when the entire city goes with you. Follow the mass exodus out of LA on Friday, but when the Hummer in front of you takes the Mammoth exit, keep driving.

At June Mountain, you can expect epic powder lines without the corresponding lift lines. And while your coworkers are still trying to get out of the Mammoth parking lot, you’ll already be shooting pool and drinking beers at The Tiger.

Is it Friday yet? Tell us about your favorite weekend getaway ideas in the comments below.