MEXICO IS SO MUCH MORE than mariachis and tequila, Spring Break, guacamole, and tacos. Covering over 760,000 square miles, this is a country with an incredible diversity of cultures, languages, and terrain. From rainforests to driest deserts, sea to sierra, the following spots are just glimpses of what makes Mexico amazing. 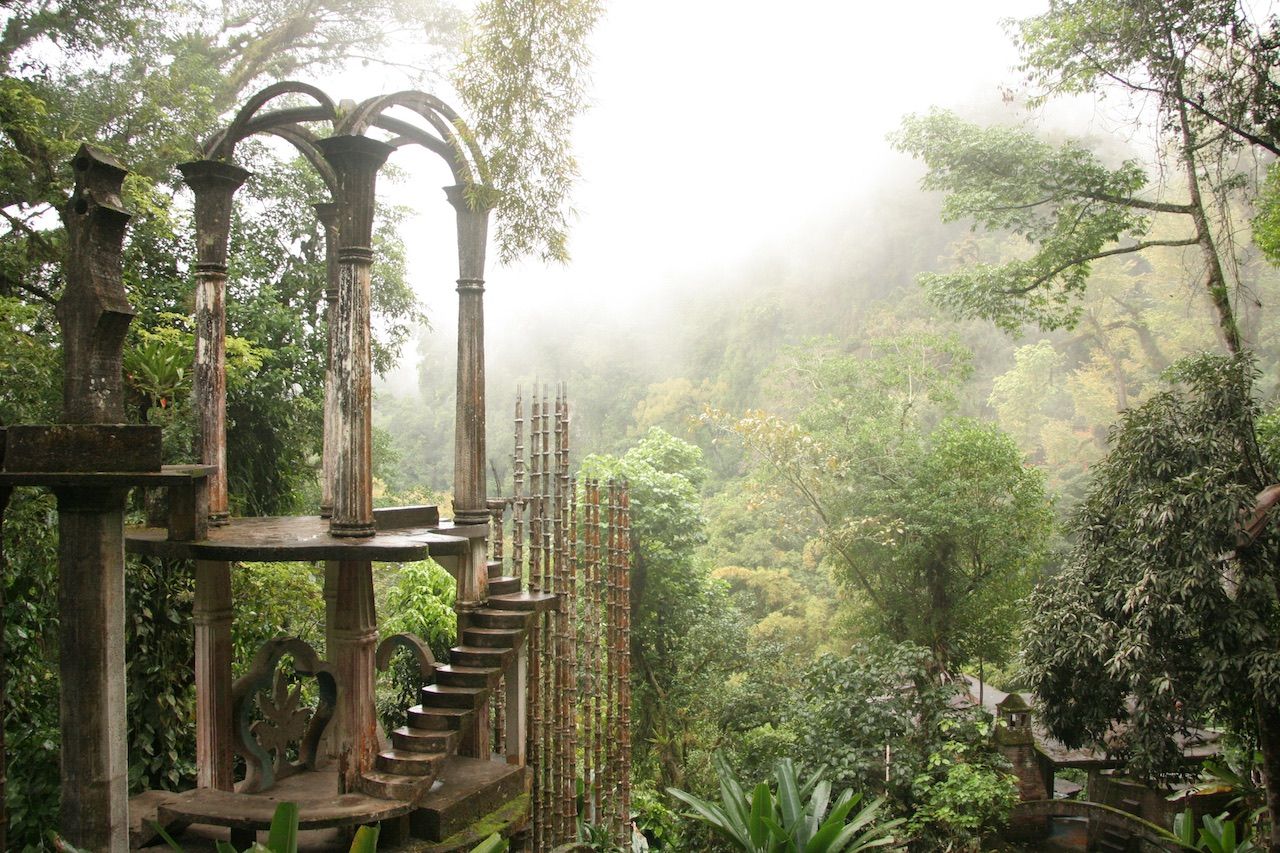 Back in the ‘40s, Xilitla’s green hills and springs inspired English artist Edward James to create a Gaudí-style garden in the subtropical rainforest. This is an incredible place — an 80-acre paradise filled with waterfalls and pools where surrealist concrete sculptures rise toward the sky. Taking over three decades to create, Las Pozas was James’ interpretation of the Garden of Eden.

On the border with Arizona, El Pinacate y Gran Desierto de Altar Biosphere Reserve is a 2,750-square-mile UNESCO World Heritage Site and habitat for more than 540 species of plants and 300 kinds of fauna, including threatened endemic species — Sonoran pronghorns, bighorn sheep, gila monsters, and desert tortoises can all be seen here.

The Isthmus of Tehuantepec is the narrowest strip of land in Mexico, separating the Pacific and Atlantic by just 130 miles. The indigenous Zapotec culture is strong in this region, especially to the south. Historically a matriarchal society, the women are generally the traders here, and it’s the mother who gives away her child on her wedding day. Frida Kahlo helped make the local Tehuana dress famous — the artist, who had indigenous Mexican heritage on her mother’s side, favored this traditional attire throughout her adult life. 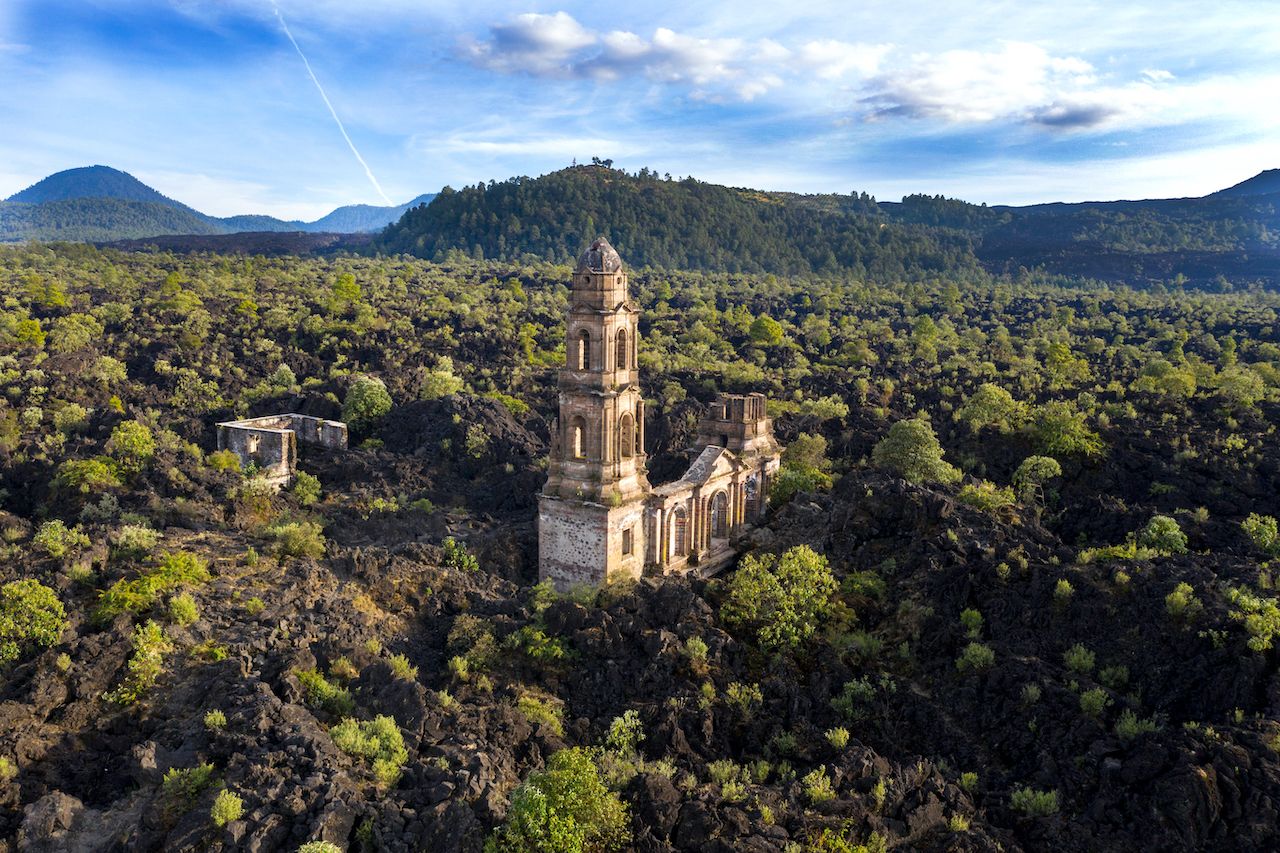 Every year, thousands of visitors climb the 9,100ft Parícutin volcano, which sprouted alarmingly from the middle of a farmer’s cornfield back in 1943. The phenomenon was short-lived, burning out after just nine years. It left its mark, though — you can explore the lava-covered ruins of San Juan Parangaricutiro Church, half-buried by Parícutin’s eruptions.

With a 1,092ft drop from its tallest side, the Cave of the Swallows (Sótano de las Golondrinas) is the largest known cave shaft in the world (the Chrysler Building would fit inside). Near the town of Aquisimón, the Cave of the Swallows’ name comes from the thousands of birds — mostly swifts and parakeets — that circle the pit’s mouth and dive bomb its depths come dawn and dusk.

Surrounded by waterfalls, caves, jungle, and coffee plantations, Cuetzalán is a town in Puebla’s Sierra Norte region. The Cascada de las Brisas waterfall is the main natural attraction, and the town itself is a pueblo mágico where you’ll find handicraft markets from one of the richest indigenous regions in the country, as well as incredible bars, restaurants, and nightlife.

About 50 miles from the city of Oaxaca, Hierve el Agua is made up of two waterfall-like rock formations that rise 150 feet from the valley floor. These petrified waterfalls are formed by the flow of water saturated with calcium carbonate and other minerals. The pools that feed the formations are good for bathing, and archaeologists believe they were part of a complex Zapotec irrigation system up to 2,500 years old. 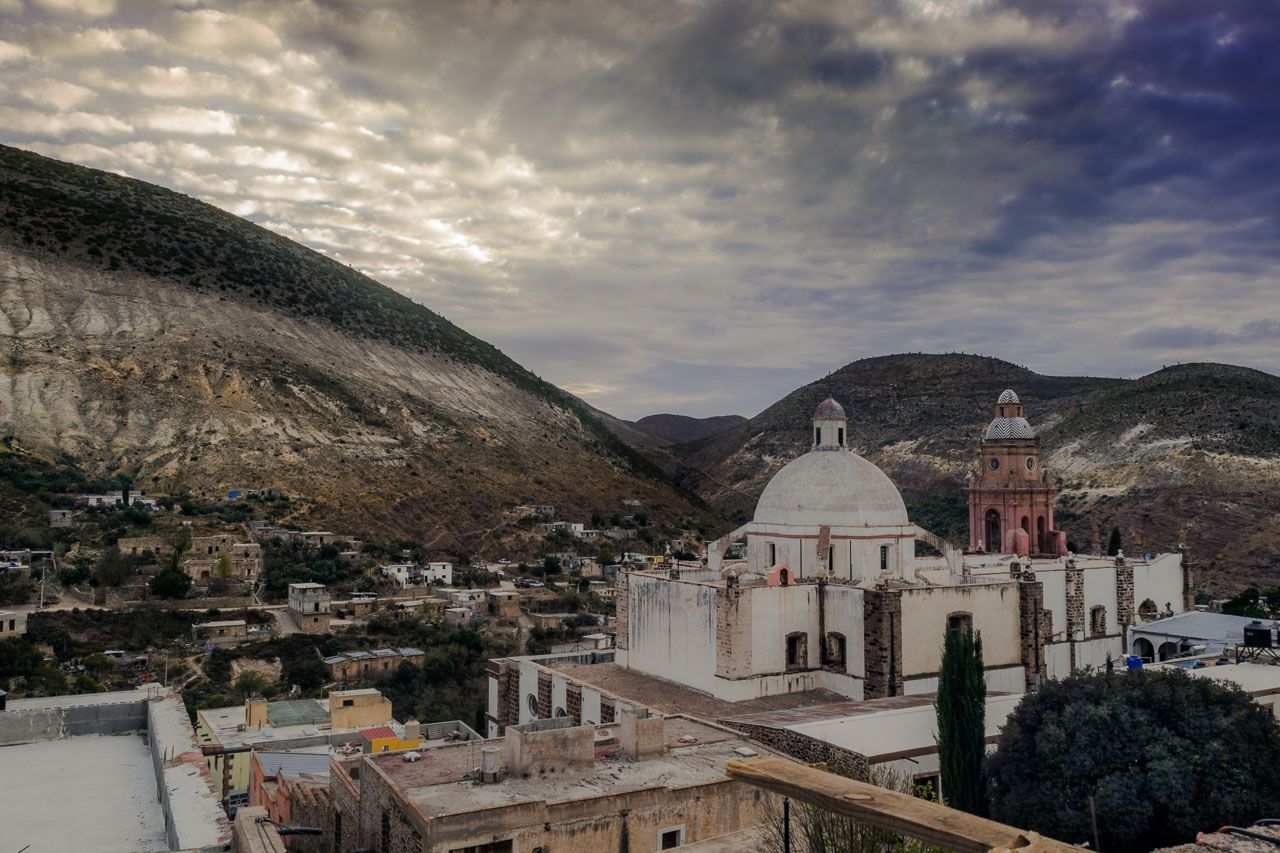 Once a thriving silver mining settlement, these days Real de Catorce is a ghost town home to fewer than 1,000 people. Still, it’s a place of pilgrimage for many: Every spring, the Huichol (pronounced wee-tchol) people walk through the desert from the states of Nayarit, Durango, Jalisco, and Zacatecas to perform spiritual rites in this valley, and thousands of Catholics arrive in early October for the St. Francis of Assisi celebrations.

A 30-minute drive from the city of Puebla, Huejotzingo is famous for its apple cider, fruit preserves, and its annual carnival where local actors reenact local historical events like the Battle of Puebla (Cinco de Mayo). If you’re into art, culture, and architecture, it’s worth visiting the Franciscan monastery of San Miguel Arcángel, founded in 1525 and featuring well-preserved frescoes and cloisters. 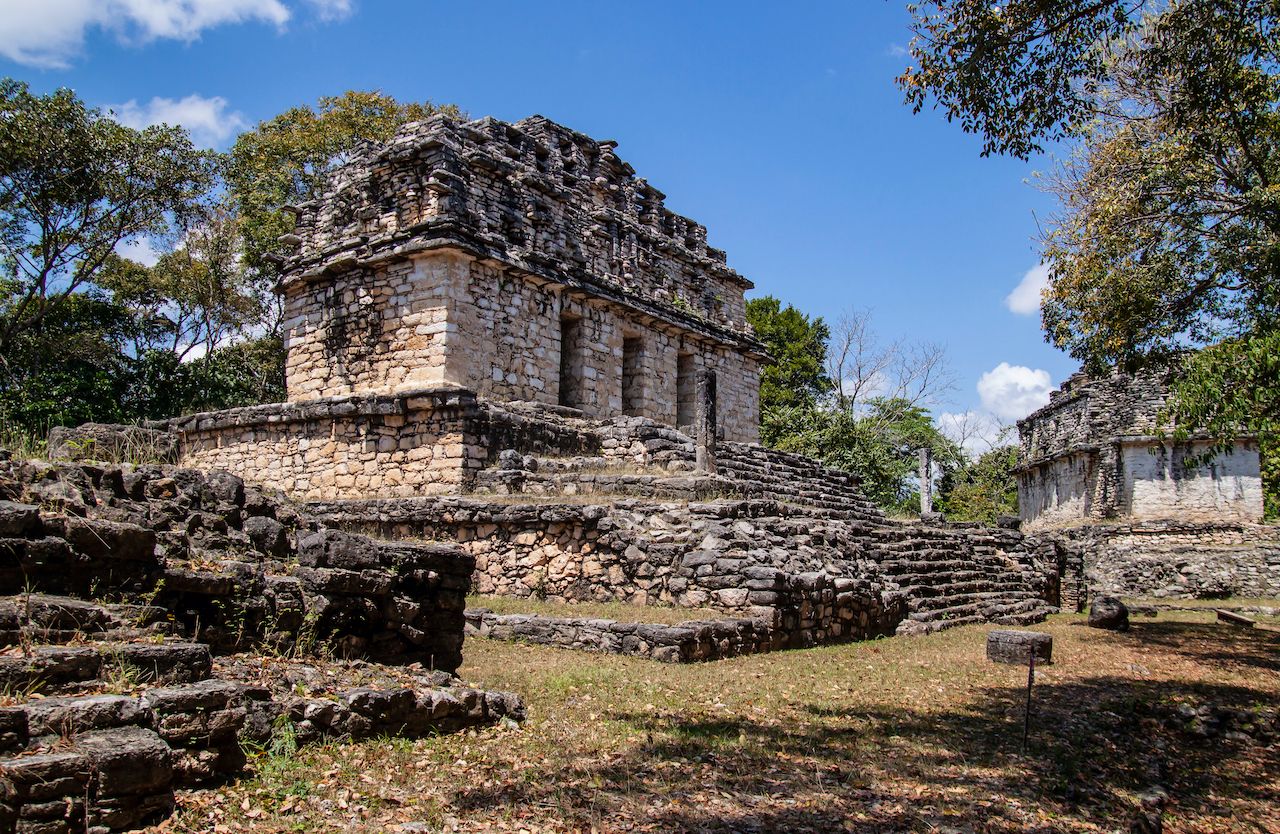 If you want to play at being Indiana Jones, Yaxchilán is the place to do it. You’ll find it in the Lacandon Rainforest, and to reach the Mayan site necessitates an hour’s boat trip on the Usumacinta River. Bring a flashlight to really explore those millennia-old nooks and crannies and the ruins’ ornamental facades. 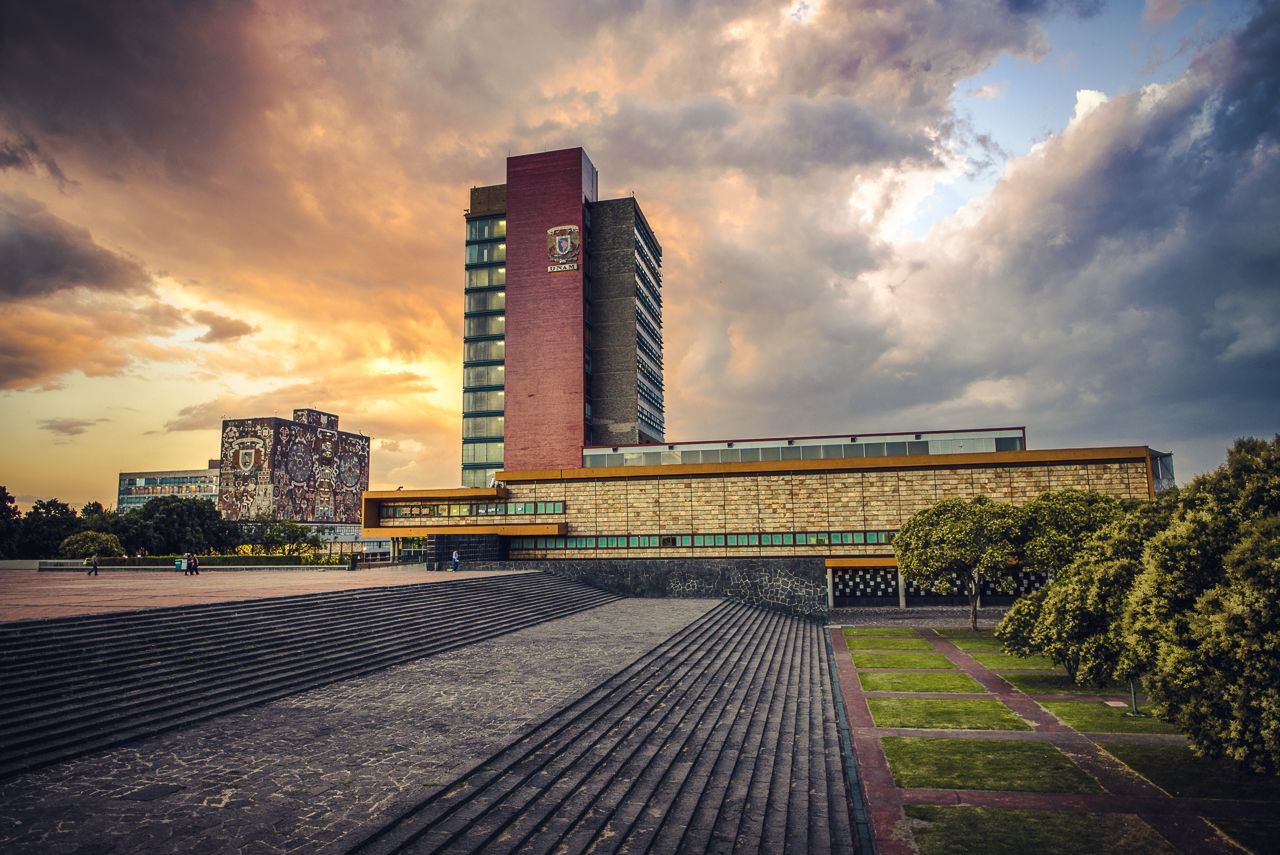 The campus of Mexico City’s National Autonomous University of Mexico (UNAM) might not seem to fit with the rest of the spots on this list, but a visit is well worth it. There’s the incredible mural by Juan O’Gorman in the main library, the University Cultural Centre and its many museums…UNAM’s even a designated UNESCO World Heritage Site because of its urban architectural design, with the buildings covered in artwork from renowned Mexican artists like Diego Rivera, David Alfaro Siqueiros, and José Chávez Morado.

Mexico produces some of the best coffee in the world, and those beans taste even better when you’re standing in the very soil where they’re grown. Traveling Chiapas’ Coffee Route means you get to do just that. Hiking, cycling, horseback riding, or driving between the estates of Irlanda, Argovia, Hamburgo, and La Chiripa can be as relaxing or daredevil as you like — spend days hanging out at Hamburgo’s spa, or within the cloud forest surrounding Chiripa, learning about all the preservation efforts for the local flora and fauna. Tapachula, seen above, is the largest city in this far southwestern corner of the country.

The capital of the state of the same name, Zacatecas is one of ten World Heritage Cities dotted around the country. With a nickname like “city with the face of pink stone and heart of silver,” you’d be right in thinking this is a place with a strong silver mining tradition. And there’s a lot to see here. First up is the 16th-century cathedral — it’s said to be one of the most outstanding examples of Baroque art in Mexico. Then there’s the State Government Palace and the State Congress, Cerro de la Bufa — home to El Edén mine — Palacio de la Mala Noche, and museums like Toma de Zacatecas, Pedro Coronel, the Manuel Felguerez, and the Zacatecano.

Larger and deeper than the Grand Canyon, Copper Canyon runs from the northern state of Chihuahua to the shores of Sinaloa, and offers some of the most exciting adventures in Mexico. There’s hiking, cycling, and horseback riding trails up in the Tarahumara Mountains, but the coolest way to discover the canyon is on the “Chepe” train (Chihuahua al Pacífico). Running for 405 miles through Copper Canyon National Park, the views from the train window are unreal.

This post is proudly produced in partnership with our friends at Visit Mexico.
Tagged
Travel Trip Planning Mexico Mexico: Live It to Believe It
What did you think of this story?
Meh
Good
Awesome
✖
travelstoke
Download the mobile app
stoked by