Some surf photographers are totally content sipping down piña colada in the South Pacific, but I’ve never been that person. Some people may think it’s a sickness, the feeling of gratification that comes from freezing your ass off in search of some cold, elusive wave.

The way I see it, I have never felt more alive…ever. It is what has drawn me back to Norway, Alaska, and Iceland over 7 times. The idea of perfection is not lost in the frozen north and is what keeps me coming back for more.

My last trip was just that: a trip to find perfection in the Arctic. I partnered with Goal Zero, Slime, and Rareform while working with a team on assignment for Land Rover. We drove the coastline searching for waves and the beauty that Iceland always seems to offer.

It is a tossup getting good weather and waves when traveling. I have seen days without sun or surf. This trip had a bit of everything, but I have to say we got some of the most amazing weather, mixed with fun surf and breathtaking scenery. Some continue to search for those warm climates for trips, but I will always be drawn to the cold, vacant, and unpredictable places. 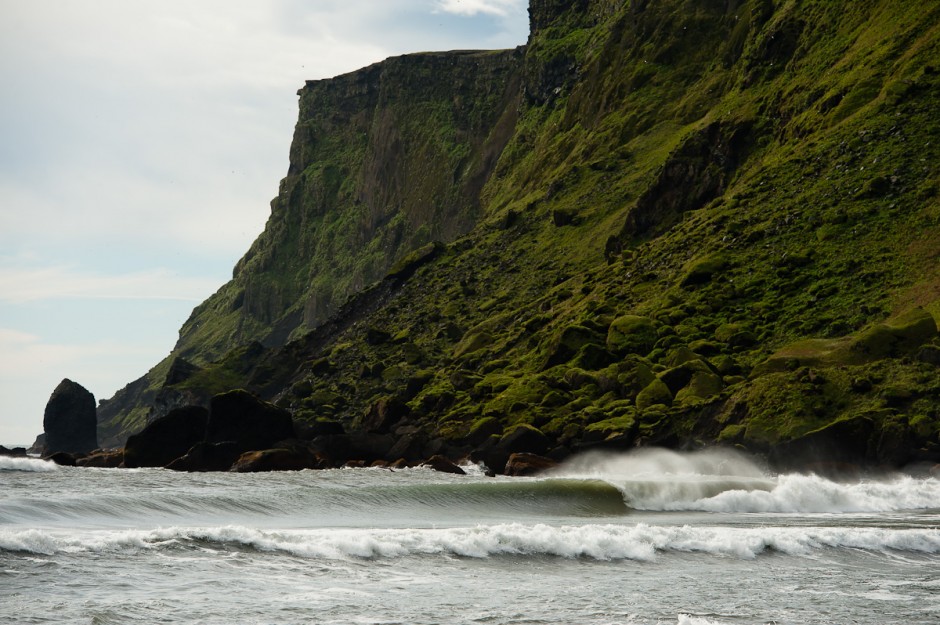 If you want to go to a beach that has weather changing every 30 minutes, look no further than Vik. There is a rare chance you will enjoy the warmth of the sun, but expect howling winds and spontaneous rain and snow storms. Iceland, trying to steal Greenland's name. 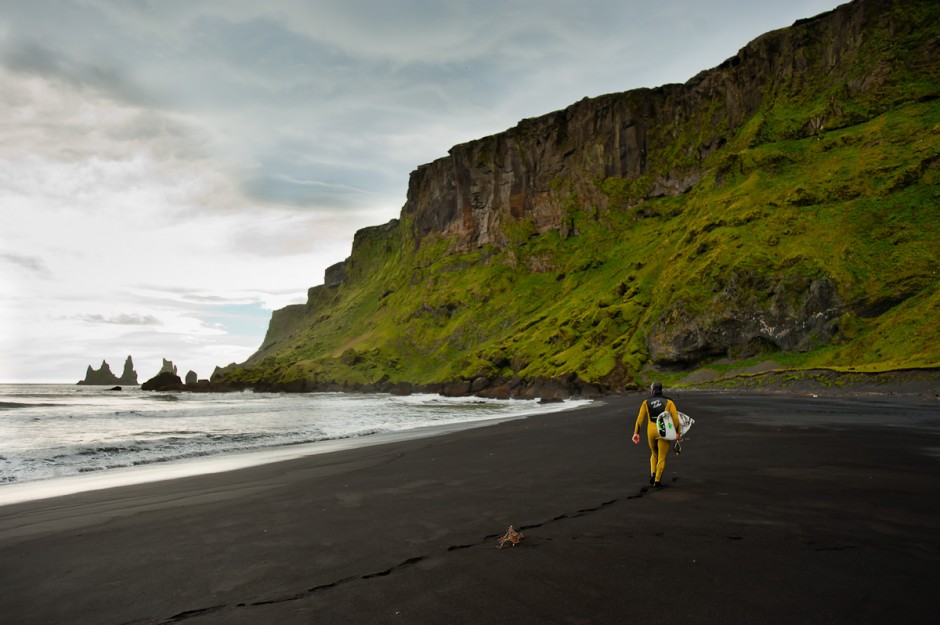 You won't find any sunbathers on this beach. In fact, most of the locals are deathly afraid of the ocean because of the strong currents that sweep up and down the beach. 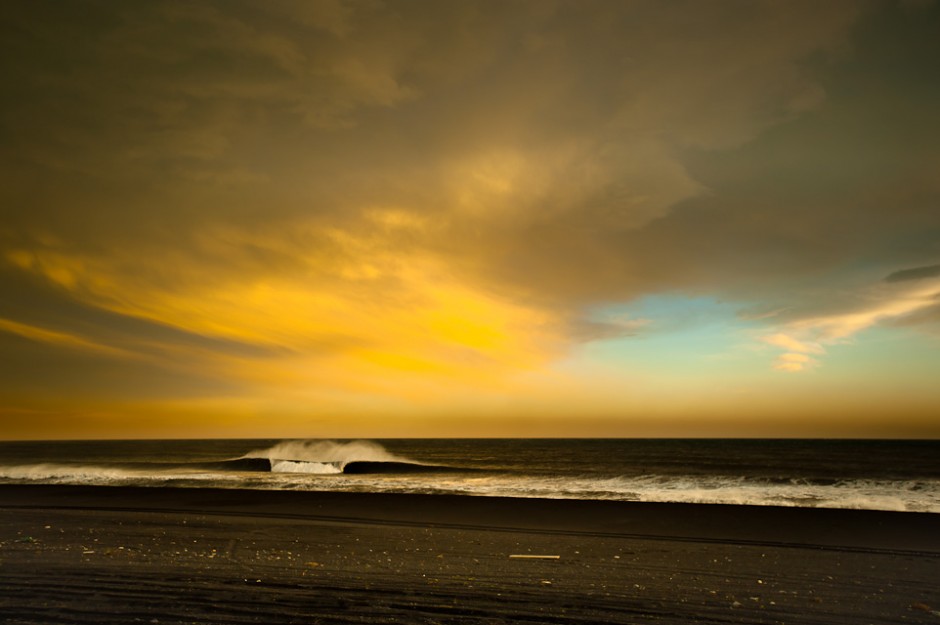 If in California, this sunset would have been posted to thousands of social media feeds. In Iceland, there may have been 5 people that saw it unfold. 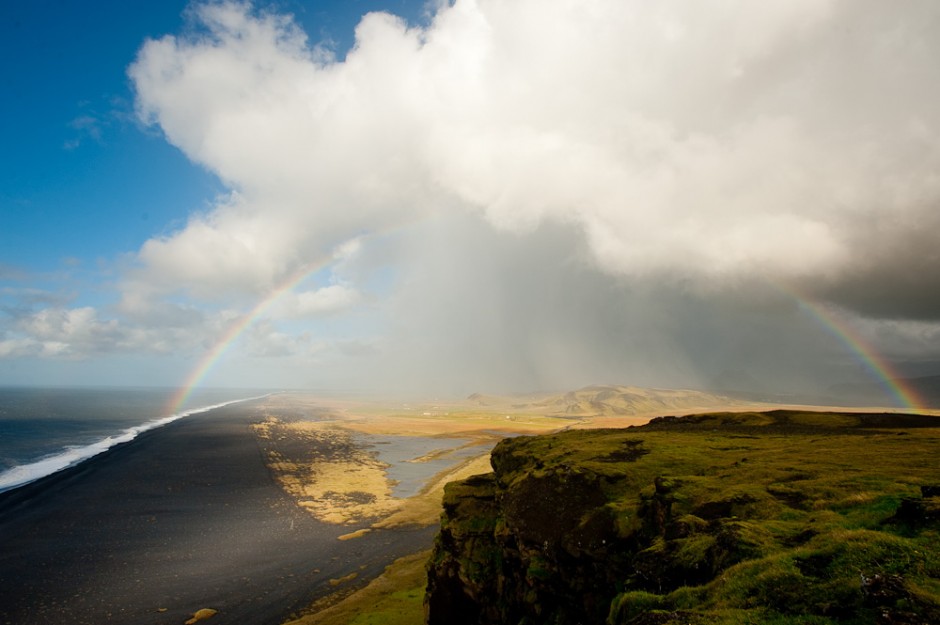 Just around the coast from Vik lies miles of black-sand beach. With winds and weather patterns changing, moments of sunshine are few and far between. The contrast of the sunny skies clashes with the storm that begins to form in the distance. 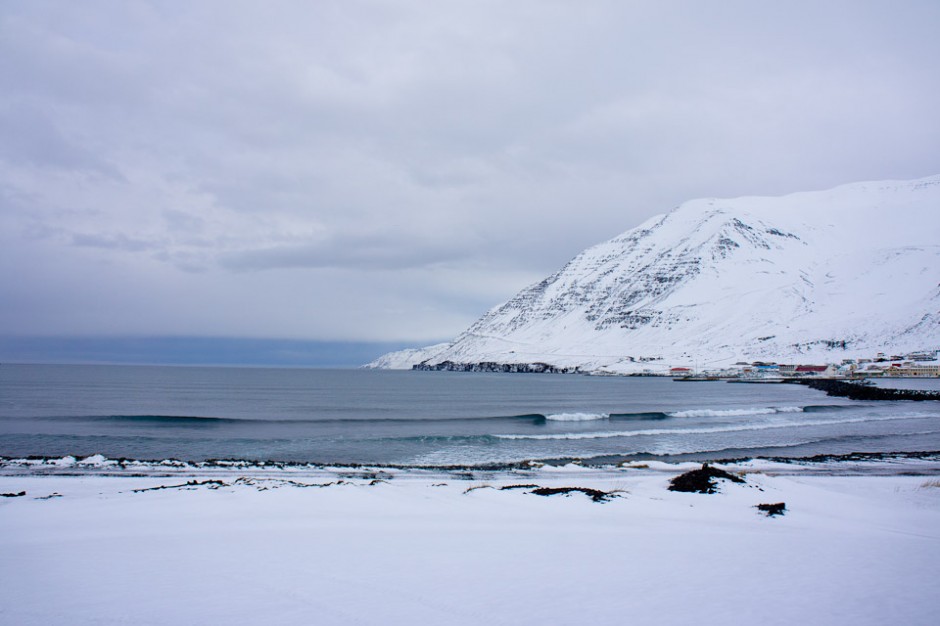 Travel a little further into the north and weather becomes much more frigid. Make sure to bring your snowshoes for jaunts down to the shoreline. 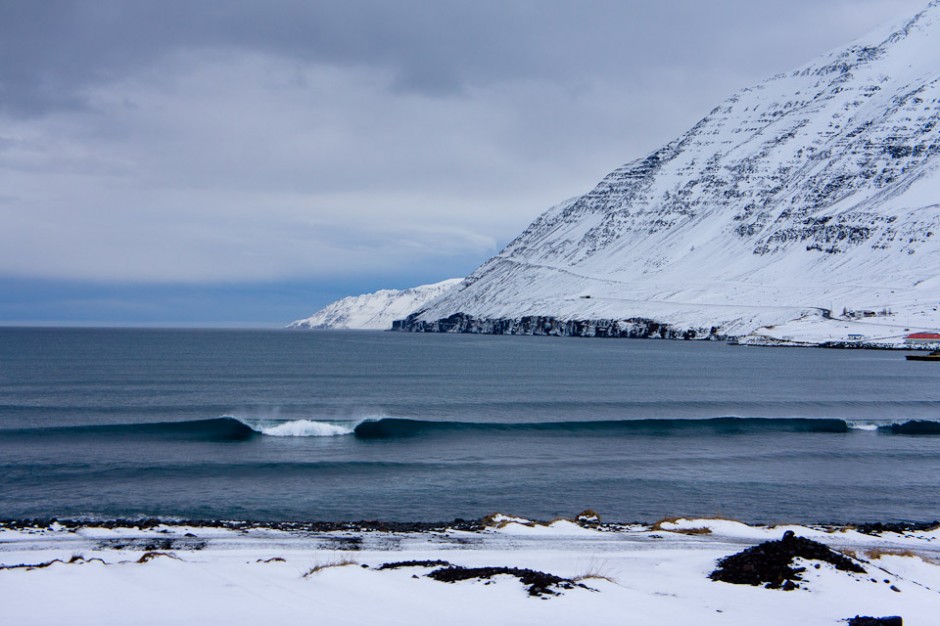 When you show up to a beach with this view, you tend to forget the cold temperatures as a perfect wave peels with no one for miles. 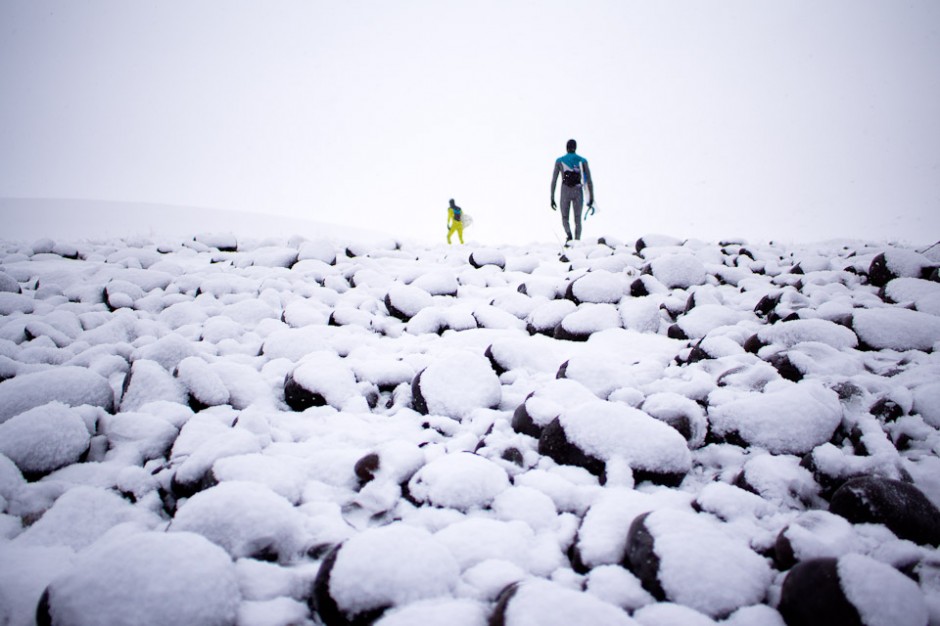 After paddling out in sunny skies, Brett Barley and Alek Parker's surf was cut short by a spontaneous blizzard. Stepping through fresh snow, it was a surreal experience to think the beach was black just hours ago. 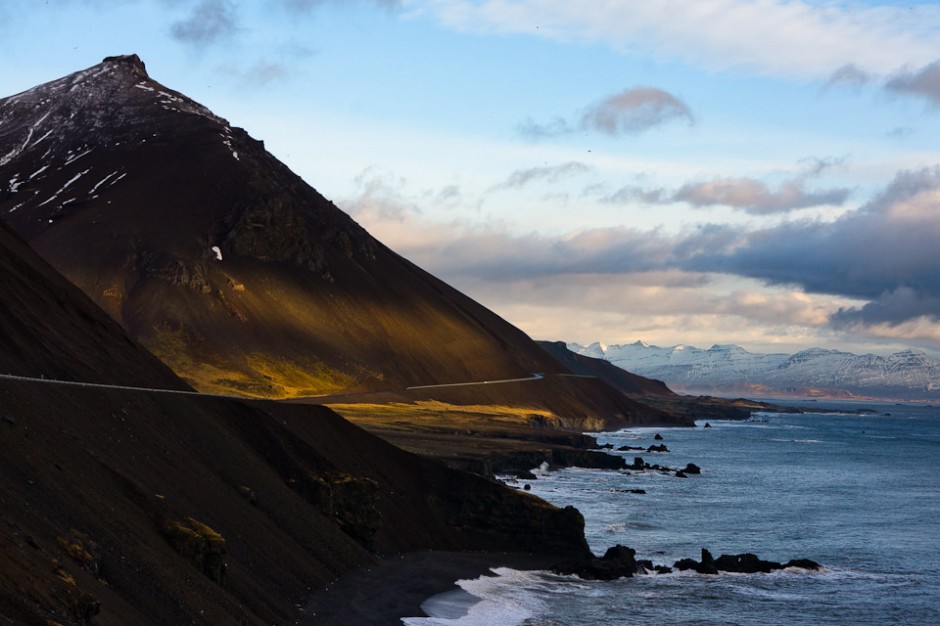 Big Sur's brother can be found along the east coast of Iceland. The roads along this coastline are swallowed as the dramatic snow-capped mountains meet the icy ocean below. 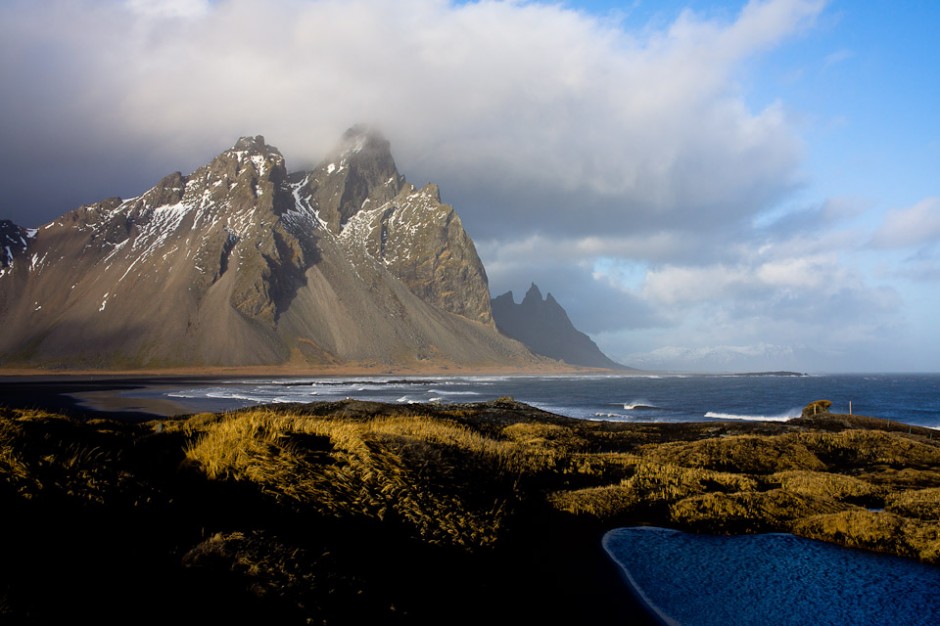 The summer sun casts itself on rugged peaks near Höfn. With the sun not setting until late into the night, there are many days you think the sun might never set. 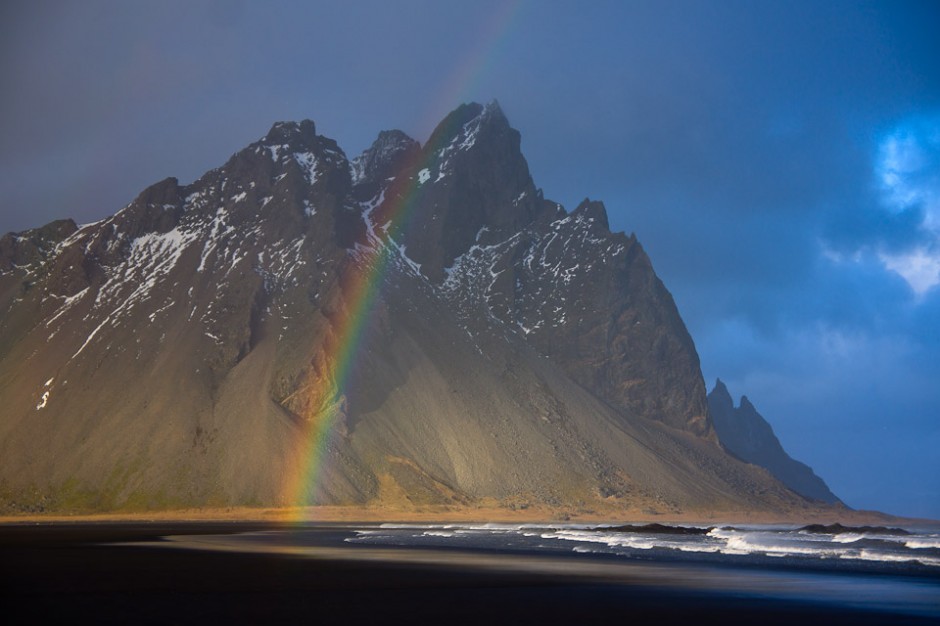 In Iceland, sometimes you have to endure some less than ideal conditions before the sun reveals itself. Rainbows offer a reminder that rain creates beauty. 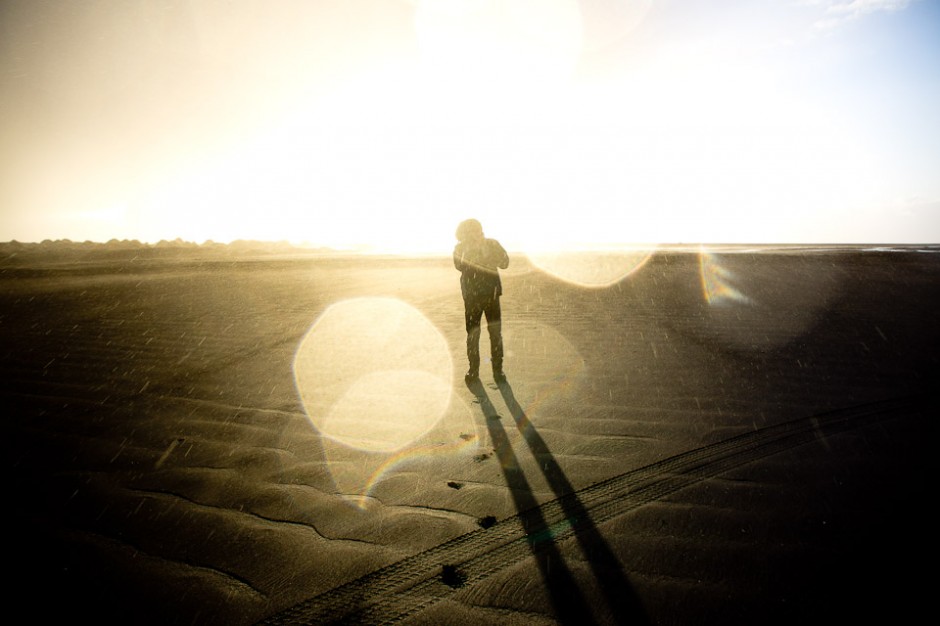 From sun to snow. A storm begins to move in as a beach wanderer finds himself caught between the contrasting elements. 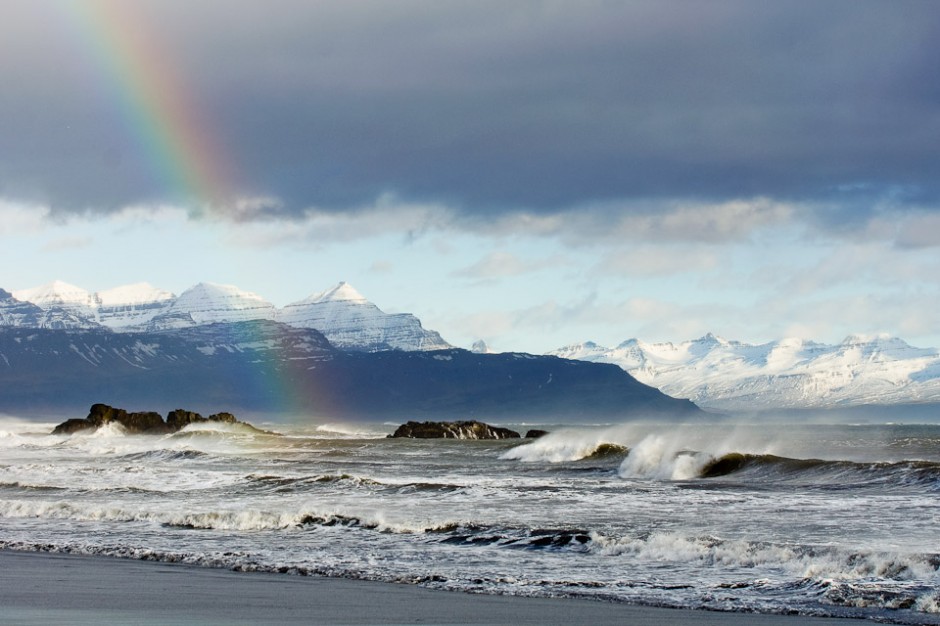 With the winds howling offshore, a rainbow forms from the ocean's moisture. Walking along the beach, it is hard to imagine how close the snow-capped mountains really are. 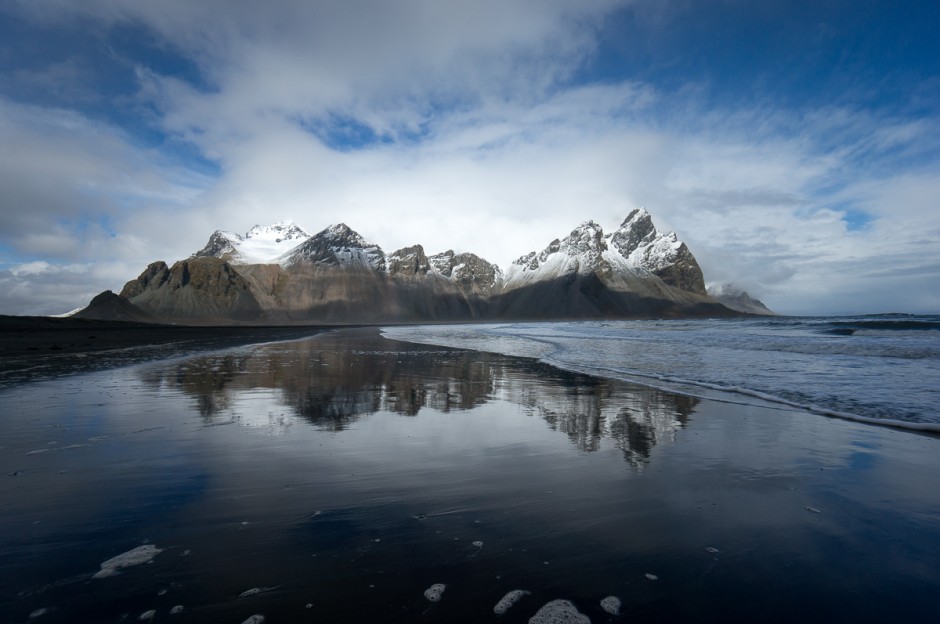 Low tide in Höfn mirrors the massive peaks that greet the ocean's shores. A beach that may have some of the most unreal weather patterns blow through only gets a handful of visitors a year. 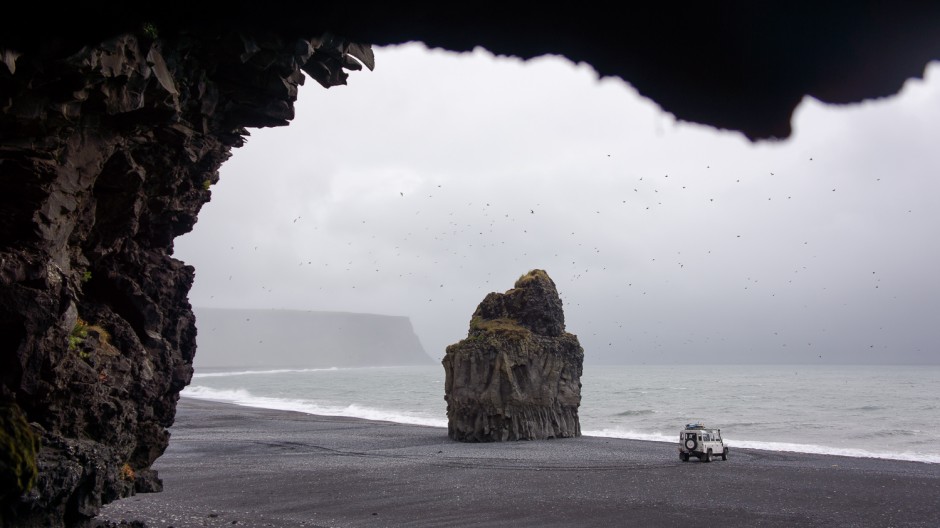 As if the beaches in Iceland were not remote enough, some take it one step further to find solitude. 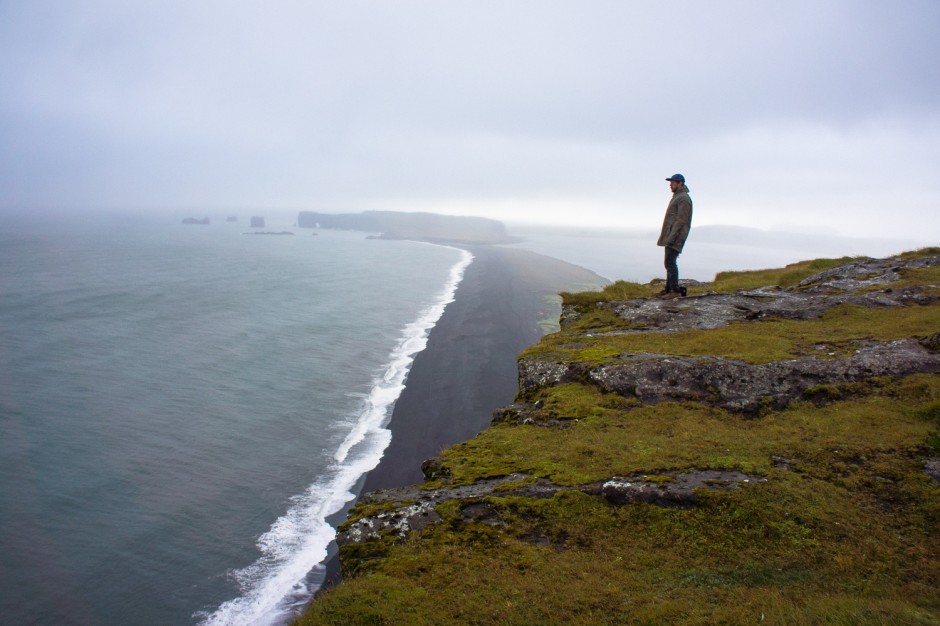 If the ocean view is what you want, but the sand is too much, there are plenty of cliffs that will meet your needs. The views from the edge reveal miles of coastline with no one but you and a few puffins enjoying them. 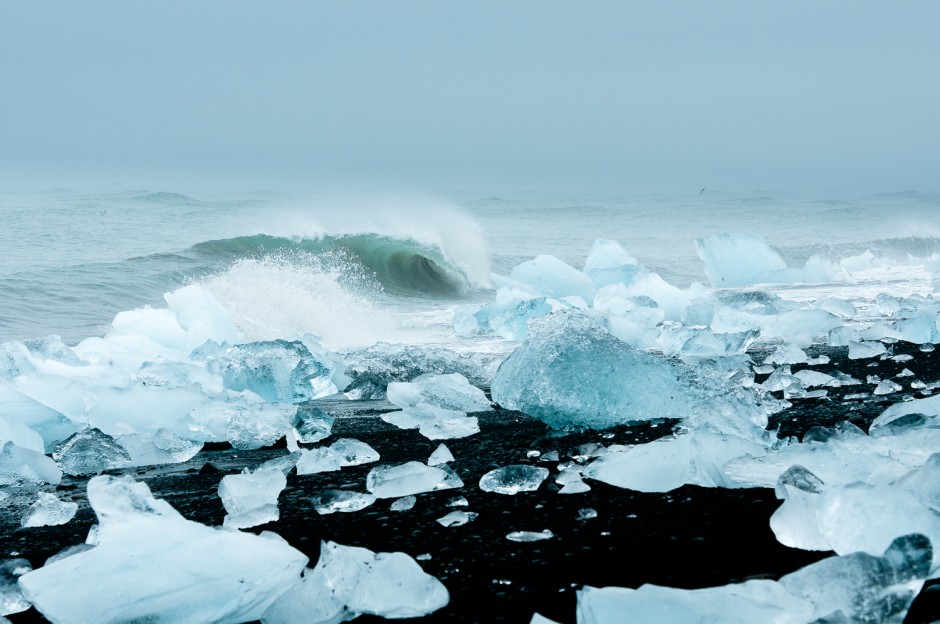 Iceland is one of the only places in the world where you can find ice juxtaposed with black sandy beaches. This particular beach sits next to a glacial lagoon, and as ice chunks break off from the glacier and flow out into the ocean, waves break back against them in dramatic fashion. 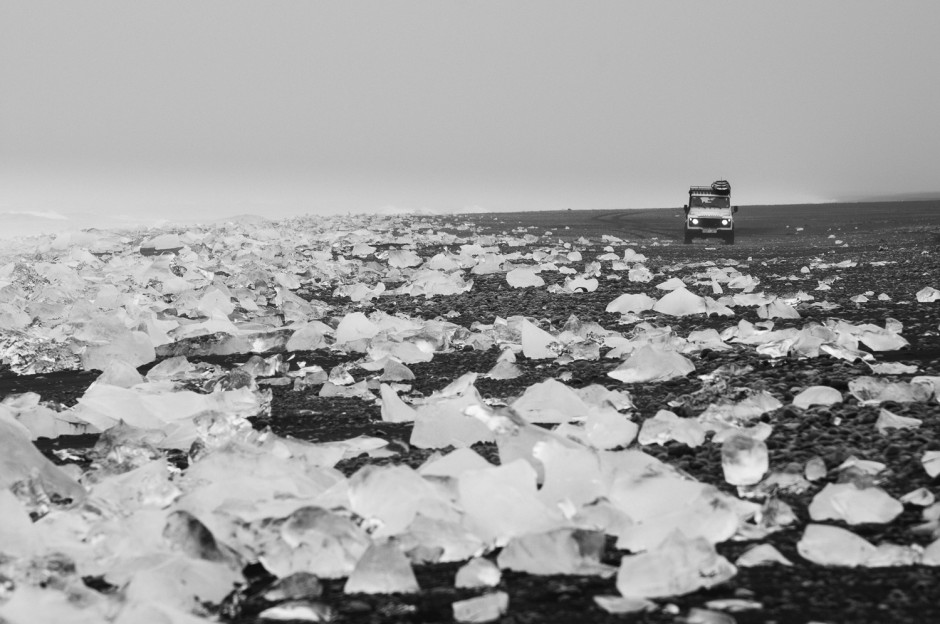 A unique sight for any traveler, the icy beaches get a fair share of visits, but few venture far from the roadside. 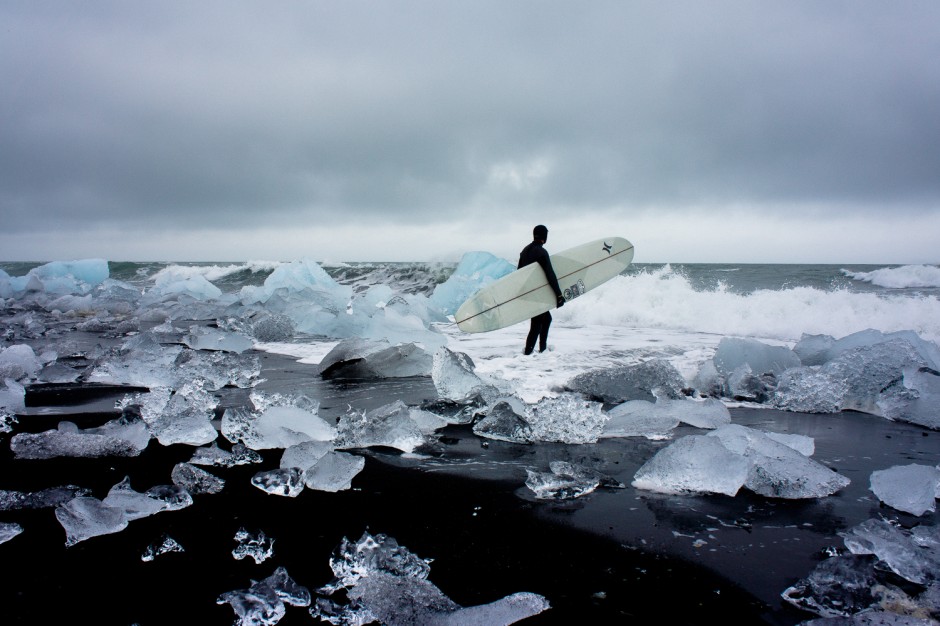 Between the frigid waters and chunks of ice, some of Iceland's beaches are not your average setting for a paddle out. But it is guaranteed to be one of your most memorable. 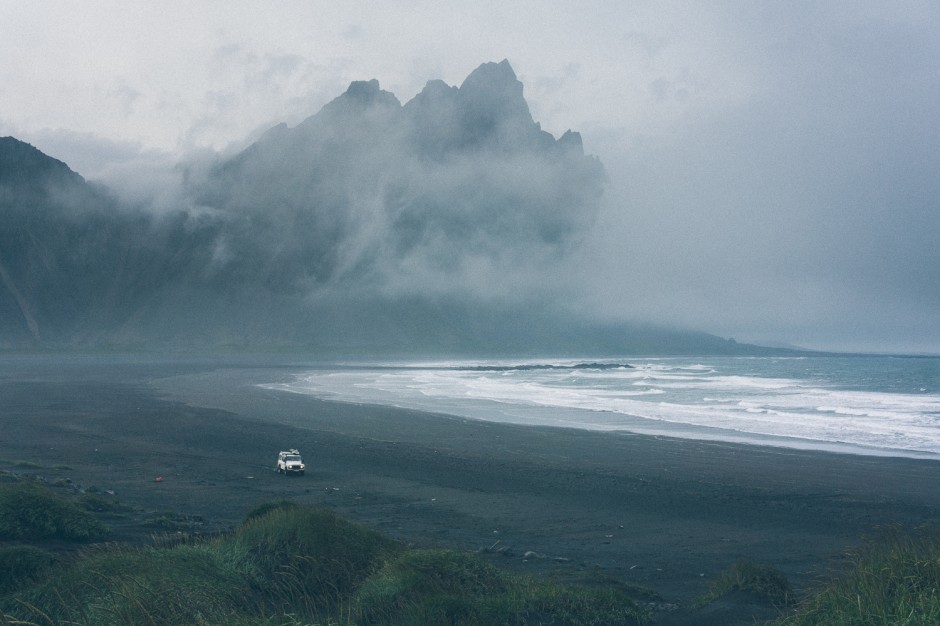 Up and down the beach

Some days the water will be warmer than the air, creating a fog-like mist that blows up and down the beach. Here, the haze begins to fade, allowing a quick surf check before the weather changes again. 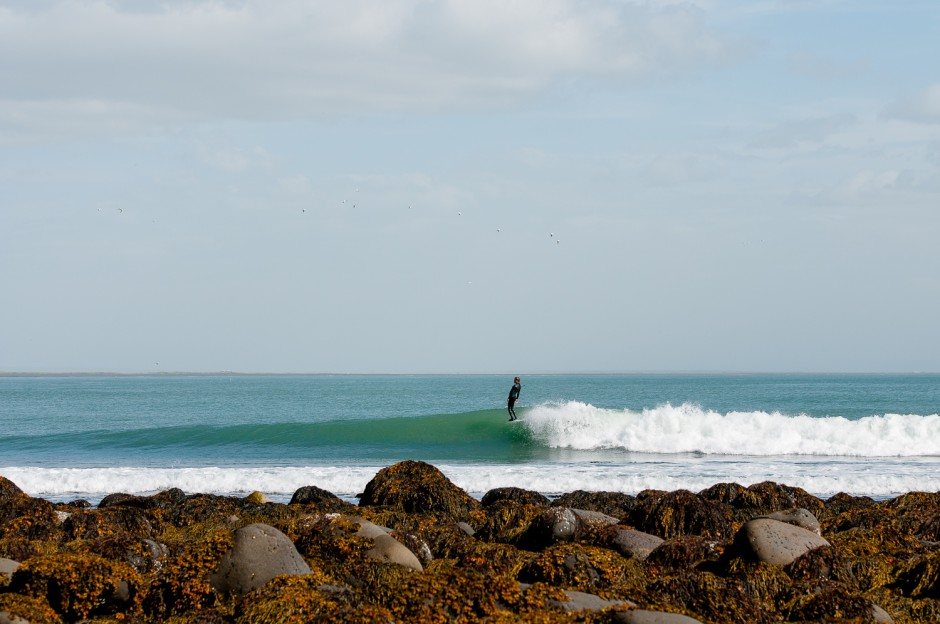 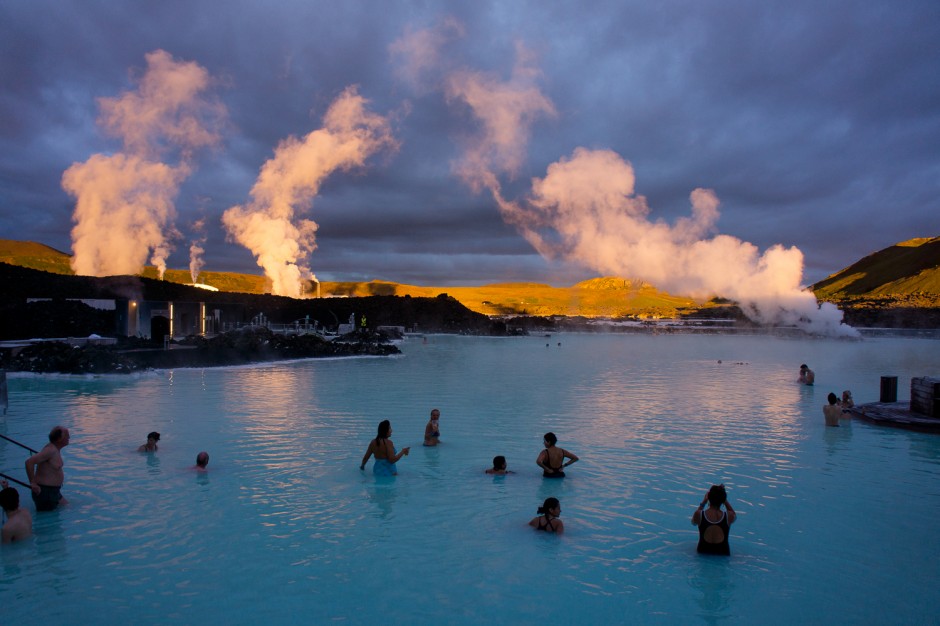 While technically not a beach, the Blue Lagoon is one of the most famous bodies of water in Iceland. After a few weeks of surfing in frigid waters, the warmth of the lagoon is always welcomed. 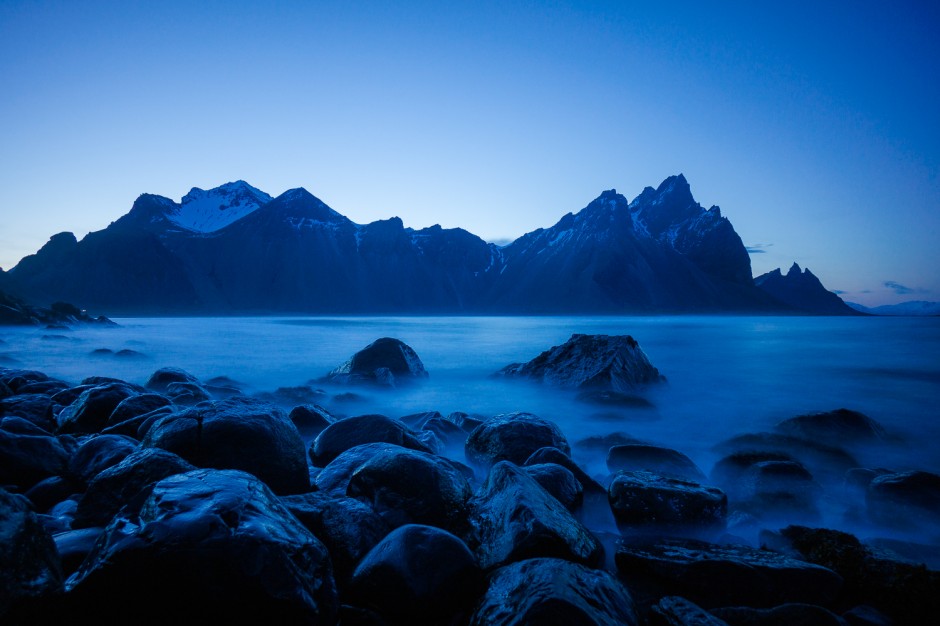 Long after the sun has set, the Arctic keeps its light. Blue hour on the east coast of Iceland.

Tagged
Iceland Ambassadors
What did you think of this story?
Meh
Good
Awesome
✖
travelstoke
Download the mobile app
stoked by