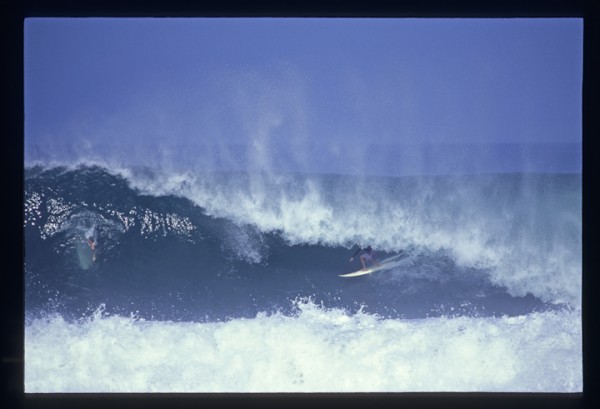 Deep in southern mainland Mexico, on Oaxaca’s Pacific coast, is the town of Puerto Escondido. If you only have 24 hours here, you’re blowing it.

MY FIRST TRIP years ago was supposed to be a quick stopover to re-supply on our way further south. We ended up staying a month and I continue to spend long stretches of time here. I guess you could say the place is sticky like that…

Long famous among surfers, Zicatela Beach is the terminus of a deep offshore canyon which channels every ounce of energy in the southern Pacific and deposits it in grand fashion on the shallow sandbars. One of the best beach breaks in the world, it is known as the Mexican pipeline and deserves the title. 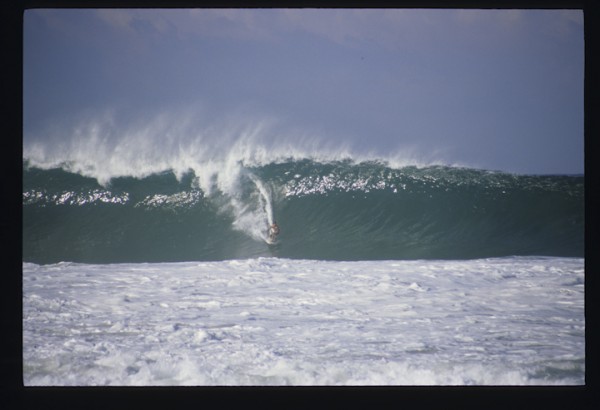 Surfer or not, your day in Puerto always starts here on the beach at sunrise. Grab a coffee at the Cafecito, find a comfortable spot on the sand and enjoy the show.

The waves break close to shore and if it’s pumping, some of the best in the world will be out front putting on a tube-riding clinic. If you came to surf be prepared to get pounded and show plenty of respect as the waves, and the locals who ride them, have a low tolerance for errors or false bravado. 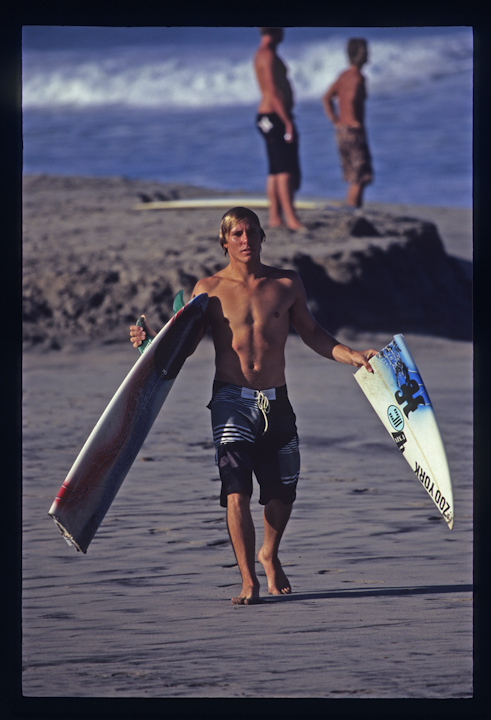 After the show, head up the hill to Casa Dan’s for breakfast and a game of pong. If you’ve brought your A-game, challenge the owner Dan in a match. Buena suerte with that.

From there head back down to the beach and up toward the playa principal and its morning fish market. The boats have been out all night and as they race back onto the beach, literally hitting the sand at top speed, everyone gathers around to see the catch of the day. Pick up a bit of fresh yellowfin for a sashimi snack as well as some dorado to make fish tacos for dinner later.

By late morning, the sun is heating up and it’s time to put the fish on ice and grab a taxi for the short ride up to Carrizalillo. The cabby will charge you between 20 and 30 pesos depending on his mood and how much he likes you. Carrizalillo is a golden sand cove surrounded by cliffs and fronted by turquoise water. 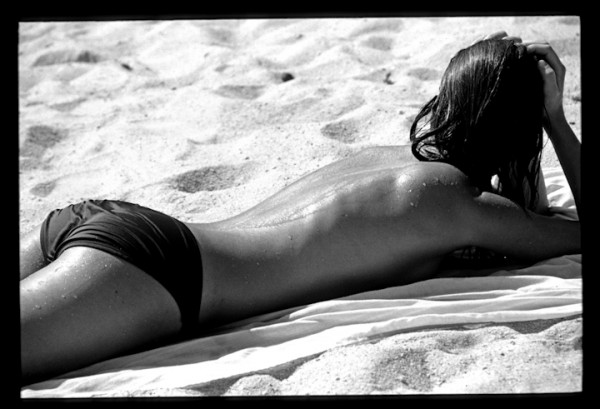 Depending on when you’re there, Carrazalillo can feel like a scene straight out of a National Lampoon spring break movie or a super mellow secluded romantic beach. When I first started coming, it was where the boys and I went to chase girls, pound ice cold Corona, and smoke weed. Now it’s where I take my lady to escape the surf-centric vibe of Zicatela, drink chilled Bavaria, snack on fresh ostiones,…and photograph her tanning topless.

It’s all here, so just enjoy the view as you walk down the many steps to the beach, find an open chair or spot of sand, order a cerveza or margarita, and settle in…

After you’ve bronzed and mingled and sweated out some of that booze on the climb back up to the road, hail another taxi to the Mercado Benito Juarez. Head straight to the fresh produce, have a licuado mixto, and pick up some homemade tortillas and the rest of the ingredients needed to make those fresh fish tacos. 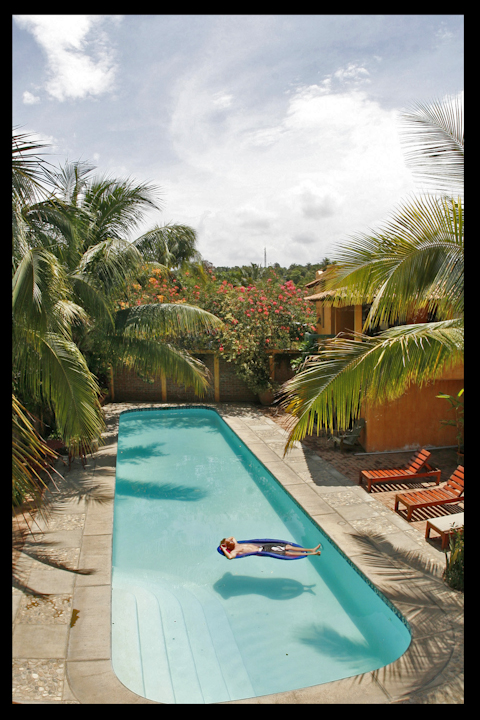 One more taxi ride back to your hotel in Zicatela — lots of options, but my favorites are up on the hill (Casa de Dan, El Maguey) or directly behind the lifeguard tower on the beach (Hotel Ines). It’s been a long day and you’ve got a longer night ahead of you so post up in a hamaca for a siesta while dreaming about big blue barrels.

Drag yourself out of the hamaca after a few hours and get the BBQ fired up. Toast the sunset with Correlejo margaritas and feast on tacos de dorado. 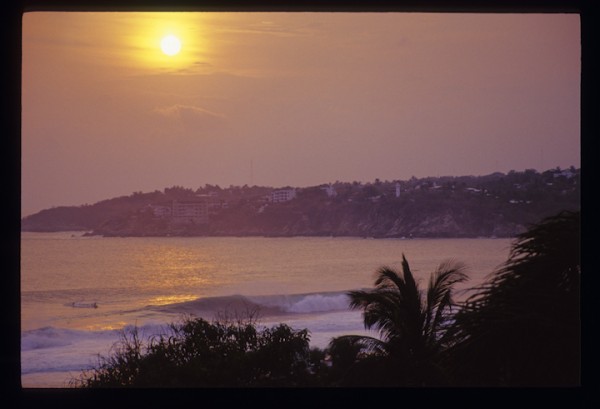 Party locations rotate depending on day of the week and time of the year, but a safe bet is to start at Casa Babylon and work your way back up the beach to the upper deck at Barfly. The parties here go late and will give even the most devout hedonist a run for their money, so chase the coked up Aussies down the rabbit  hole as far as you like…or head home early as the surf will be firing tomorrow.

Good luck leaving in the morning.

Have You Ever Been an Anti-Social Hostel Dweller?