IF YOU’VE NEVER LOOKED AT a topographical map of Scotland, I’d encourage you to do so now. The northern third of the island of Great Britain is one unique place, covered in glacially carved mountain chains and freshwater lakes, cut by sea inlets, and claiming almost 800 islands in its territory. When it came time to source photography for this post, my only problem was deciding which ones to cut to get down to 30 — it’s a beautiful country.

And along with that natural beauty, you have the Scots themselves. Few peoples have been as successful at exporting their cultural emblems around the world — could you name, for instance, an article of clothing or musical instrument that screams “Austria!” with the same volume as the kilt and bagpipe do for Scotland?

With thousands of years of history and a cultural scene on par with any other modern European nation, Scotland is definitely high up on my travel list. Here’s some of what I’m looking forward to seeing when I go. 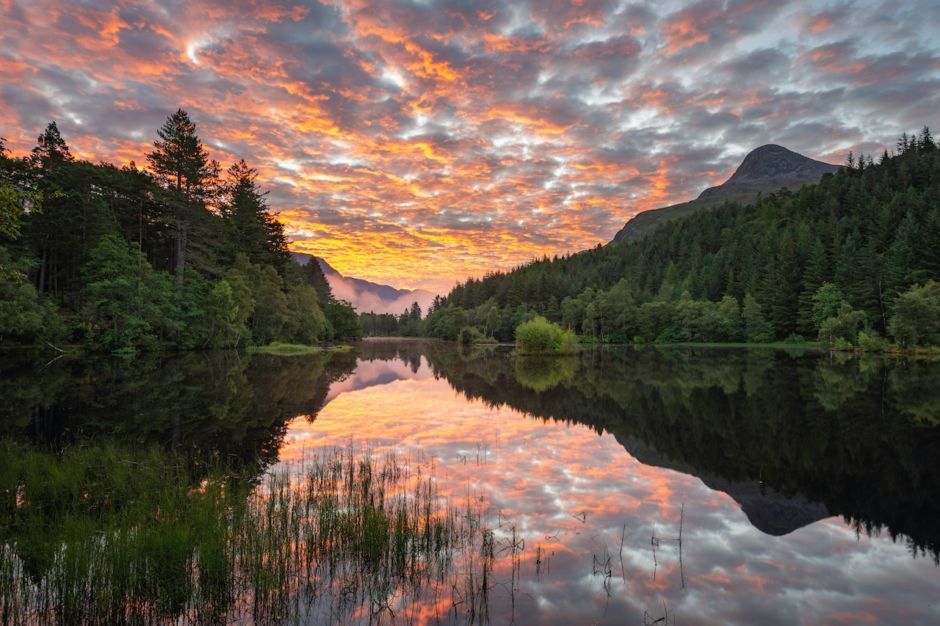 A Canadian couple purchased the Glencoe Estate, in the Scottish Highlands, in 1895. To ease their homesickness, they planted this tract of forest with species native to Northwestern Canada.Photo: Shutterstock/Cliff Hands 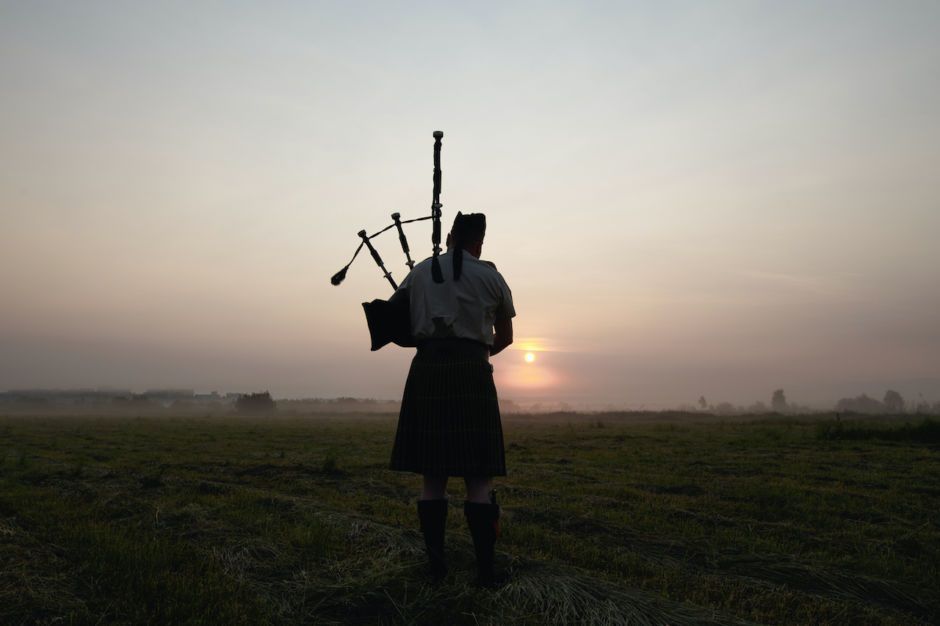 Scots have been blowing on their distinctive version of this instrument since at least 1400. You couldn't find a more iconic image of Scotland than this.Photo: Shutterstock/Evgenii Zhakov 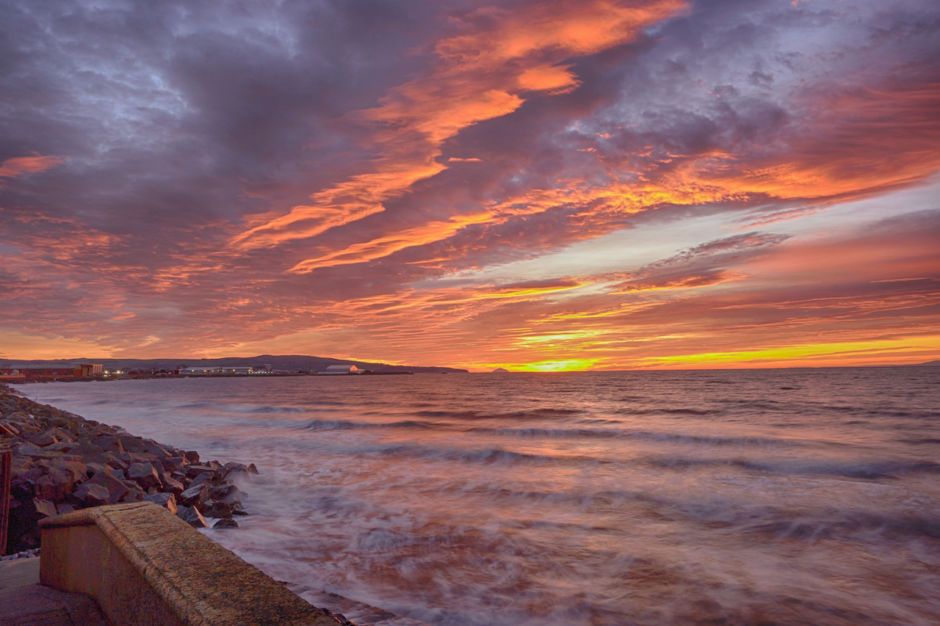 The town of Ayr sits on the coast of southwestern Scotland and is named for the river that meets the sea here.Photo: Shutterstock/Rodney Hutchinson 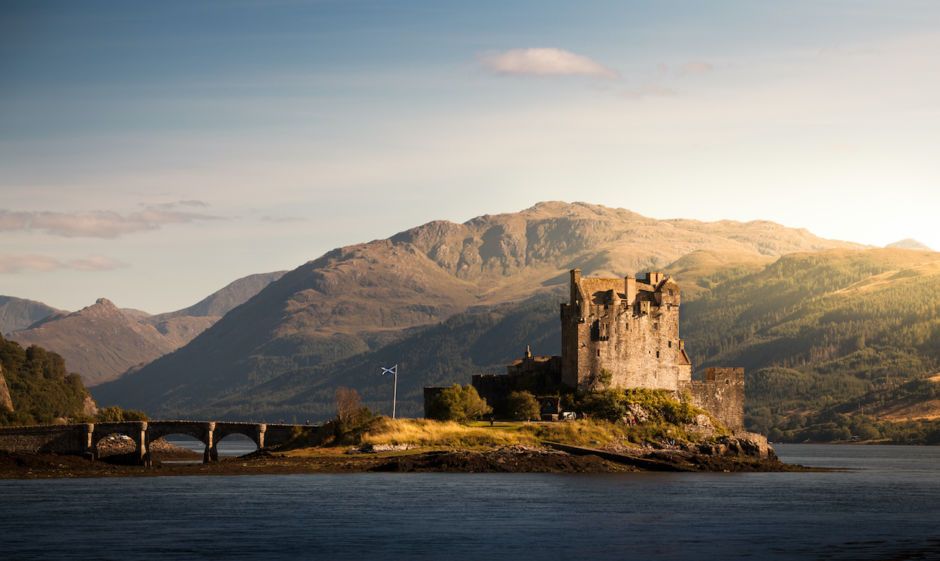 The island of Eilean Donan lies at the convergence of three Highland lochs. Its castle is one of Scotland's best known and was originally constructed in the 1200s.Photo: Shutterstock/seezcape 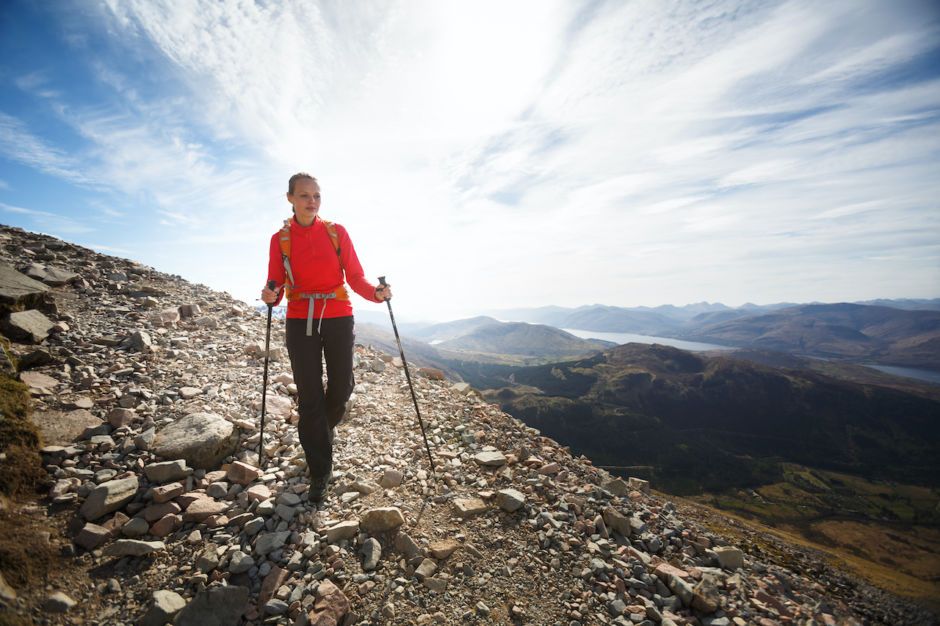 A hiker on the trail up Ben Nevis, the British Isles' tallest mountain at 1,344m (4,409ft). In winter, its cliffs provide some of the UK's premier ice climbing routes.Photo: Shutterstock/lightpoet 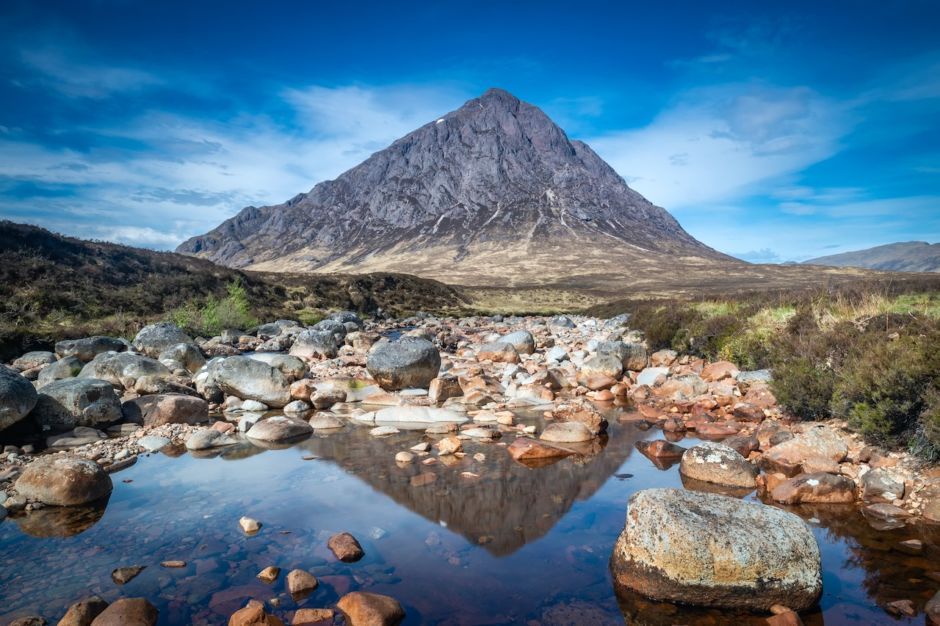 Commonly referred to as "the Beuckle," this pyramidal peak just off the A82 in the Highlands is popular with climbers and photographers.Photo: Shutterstock/ALBAimagery 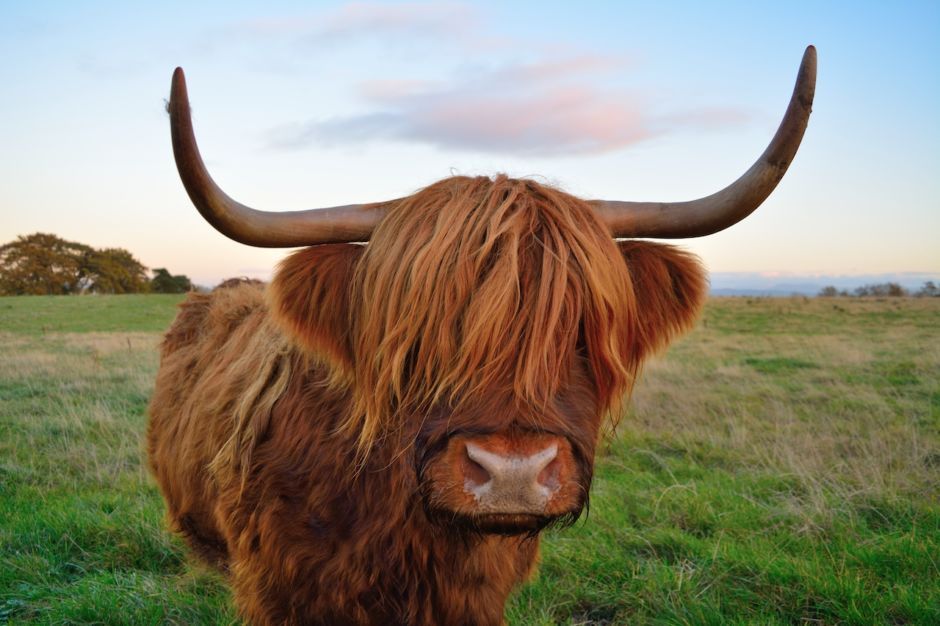 Highland cattle were bred to withstand the cold and wet of the region they inhabit. There's a black variety as well as the red.Photo: Shutterstock/Mariusz Olszak

Galleries20 Instagrammers Show Us Their Favorite Spots in Scotland 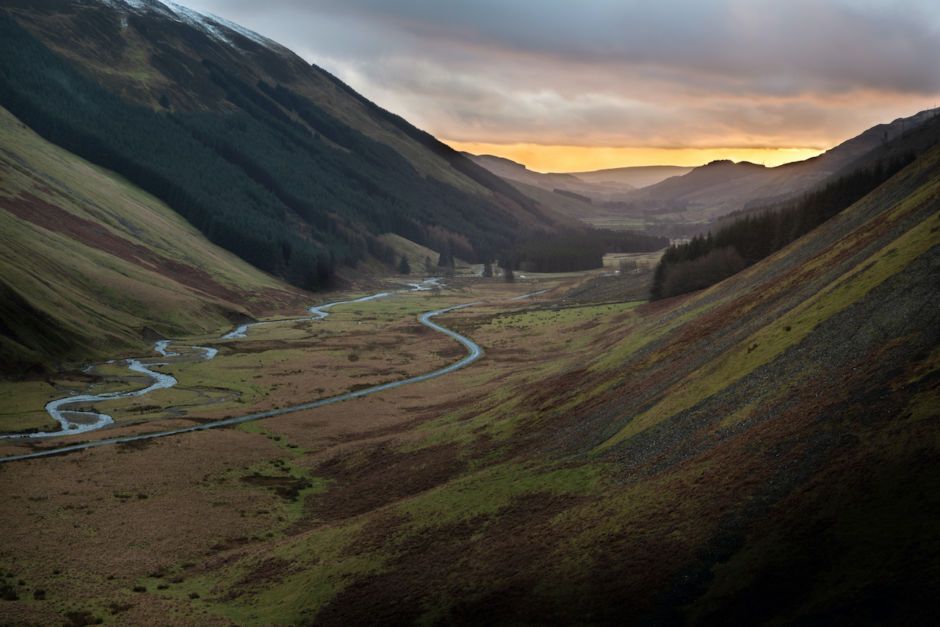 The Highlands aren't the only part of Scotland where you'll find elevation. This valley in the Southern Uplands is home to the 60m (200ft) Grey Mare's Tail Waterfall.Photo: Shutterstock/John Roberts Images 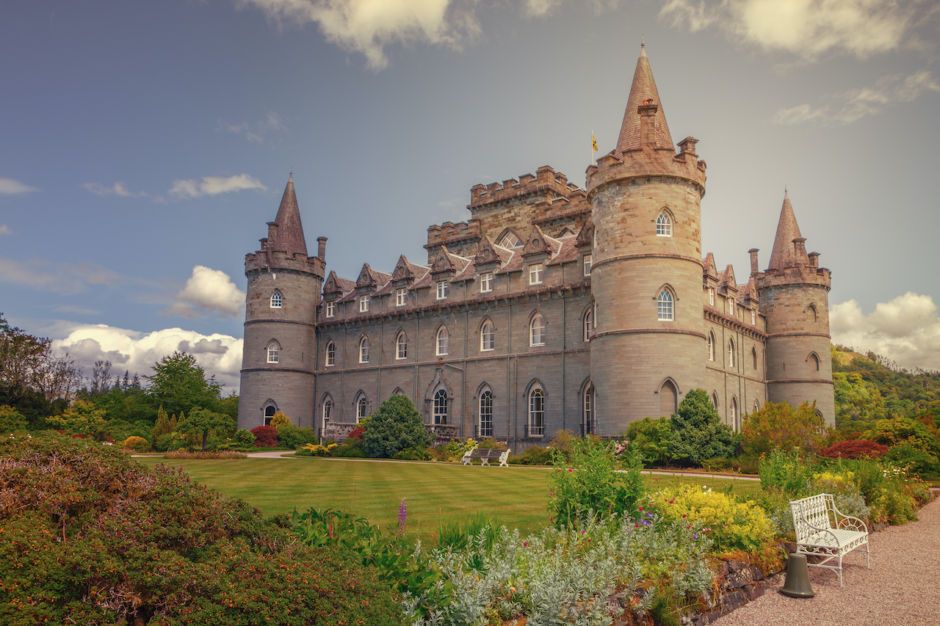 The Georgian Mansion that is Inveraray Castle was constructed over 40 years, beginning in 1744. It sits among the mountains and long ocean inlets of Argyll and Bute.Photo: Shutterstock/Jose Arcos Aguilar 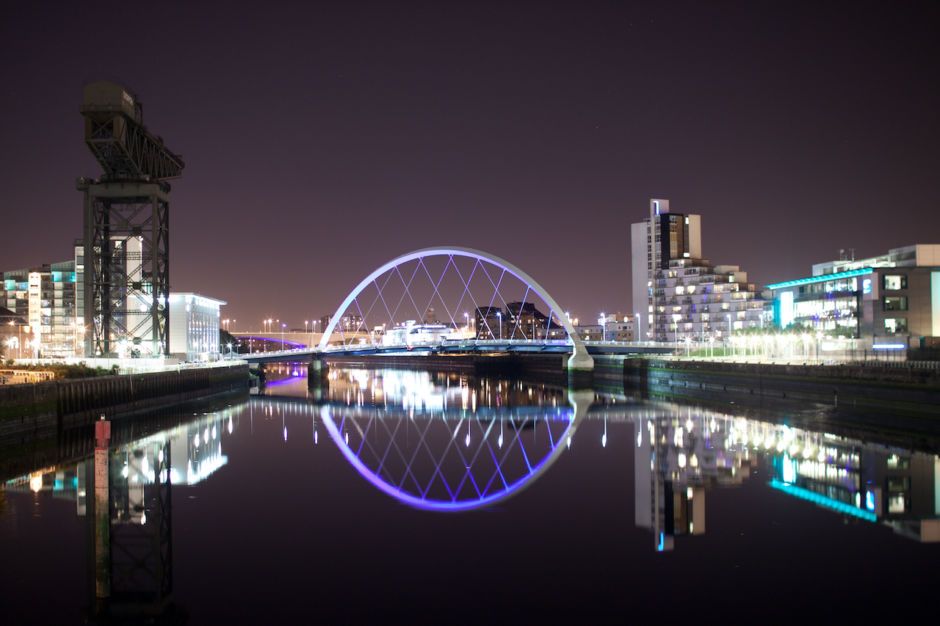 Of course, Scotland isn't all green mountains and castles. Glasgow is its largest city and the fourth largest in the UK as a whole. The Clyde Arc, pictured above, is the modern product of a settlement that was originally founded due to its location on the River Clyde.Photo: Shutterstock/CappaPhoto 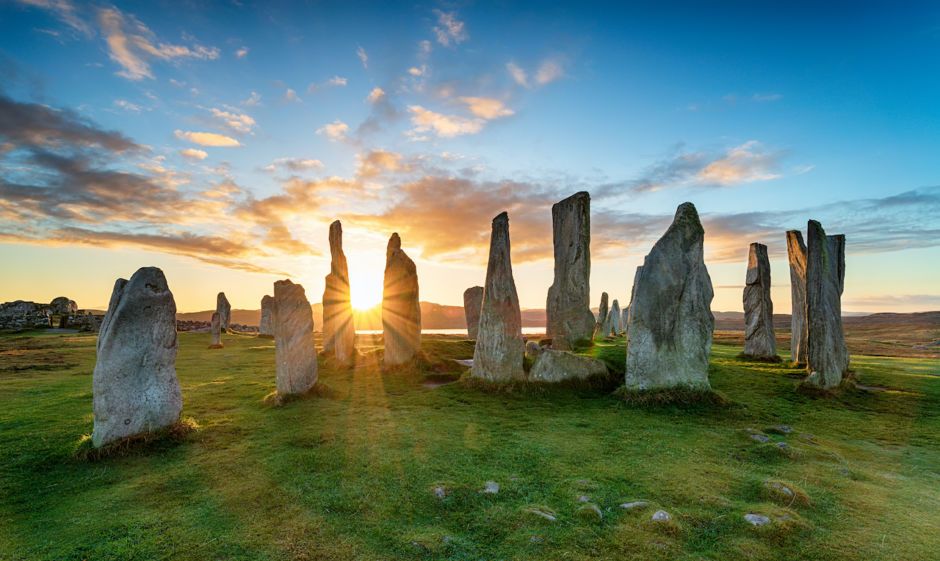 From modern metropolis to prehistory: The Callanish stones on the Isle of Lewis date to 2900-2600 BC and mark the site of an ancient tomb.Photo: Shutterstock/Halen Hotson 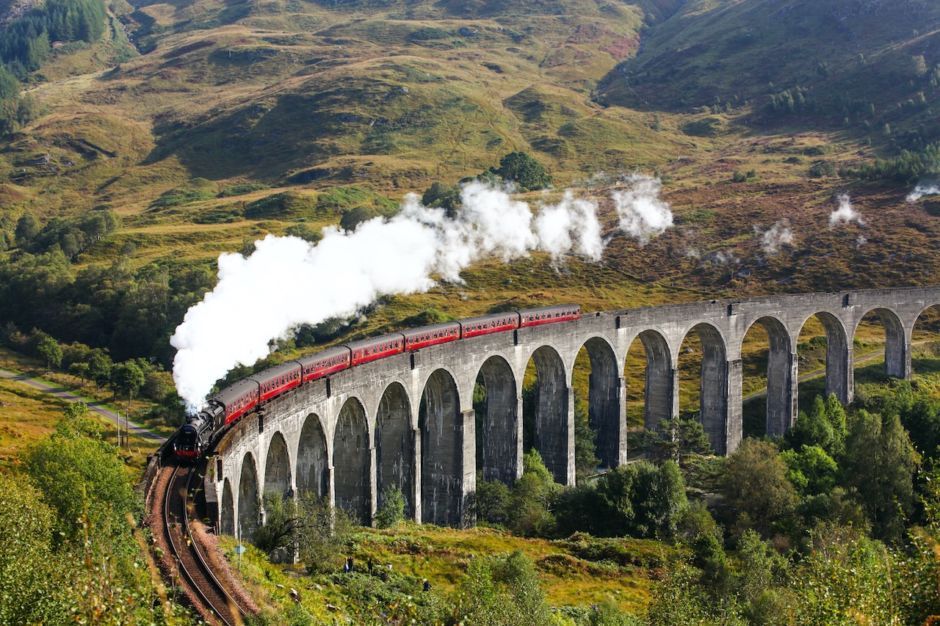 This rail bridge was built in the late 1800s out of pure concrete and comprises 21 arches across its span. It's still used by passenger trains today.Photo: Shutterstock/Nathaphol Chantavaraluk 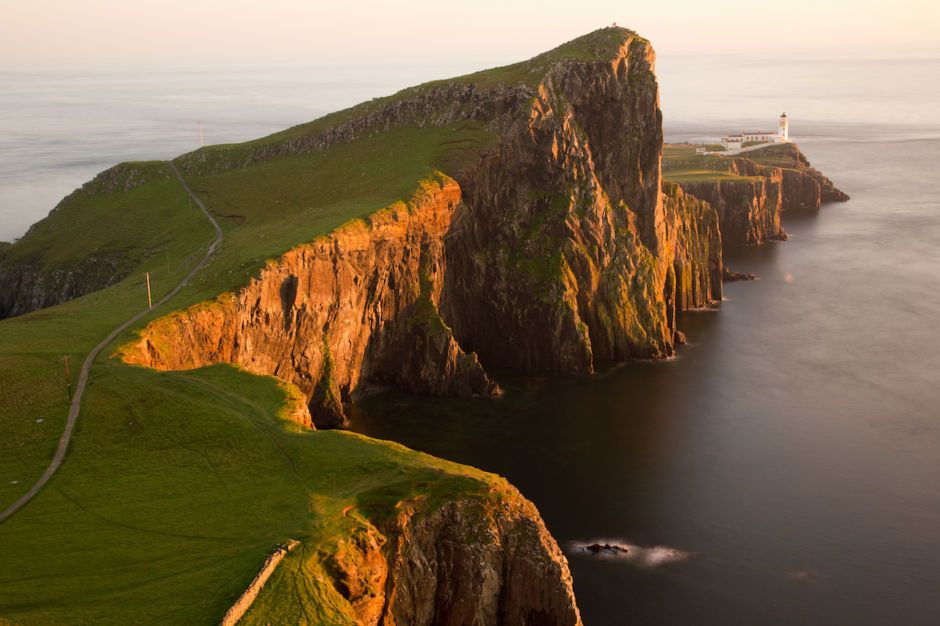 The Neist Point light on the Isle of Skye has been in operation since 1909.Photo: Shutterstock/corlaffra 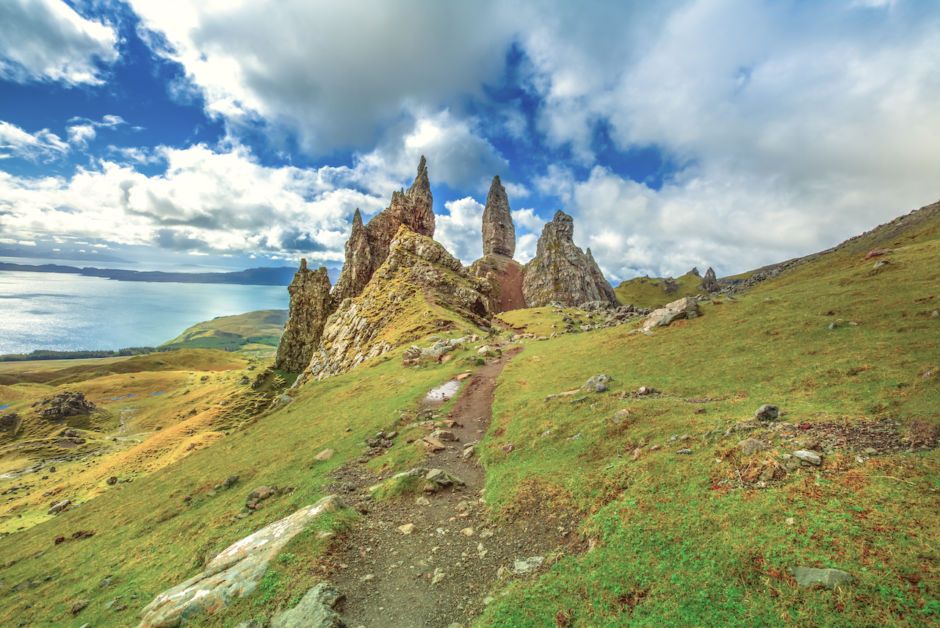 More scenery from the Isle of Skye. The Storr is a steep rock hill that gives good views down to the Sound of Raasay and is a popular dayhike destination.Photo: Shutterstock/Benny Marty 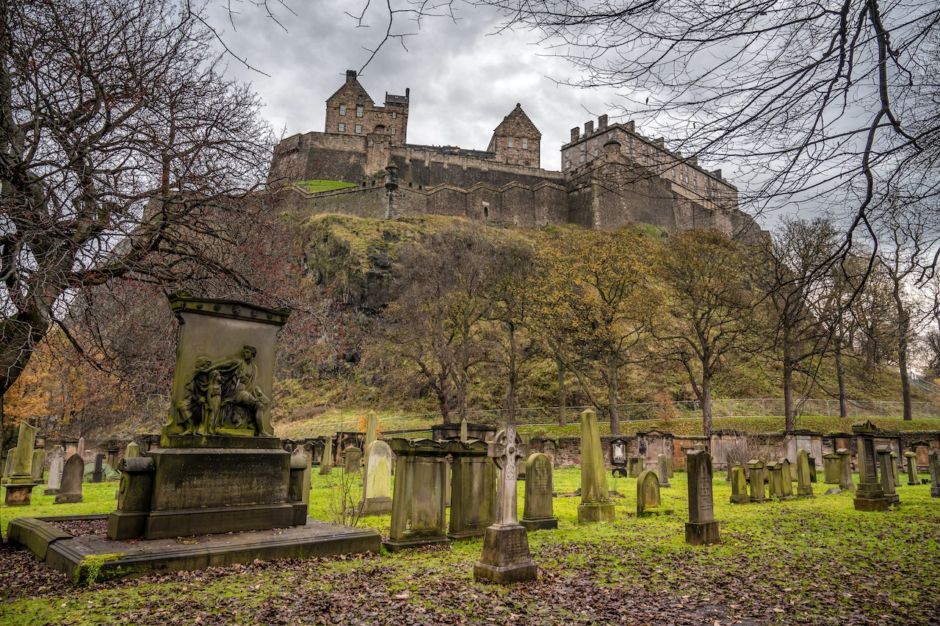 Known as the 'Kirk below the castle', the church played an intrinsic part in Christianity coming to the country during the Dark Ages. Although it's in the city center, the graveyard is a peaceful spot to stop and learn about the part religion has played in the development of Scotland.Photo: Shutterstock/leszczem 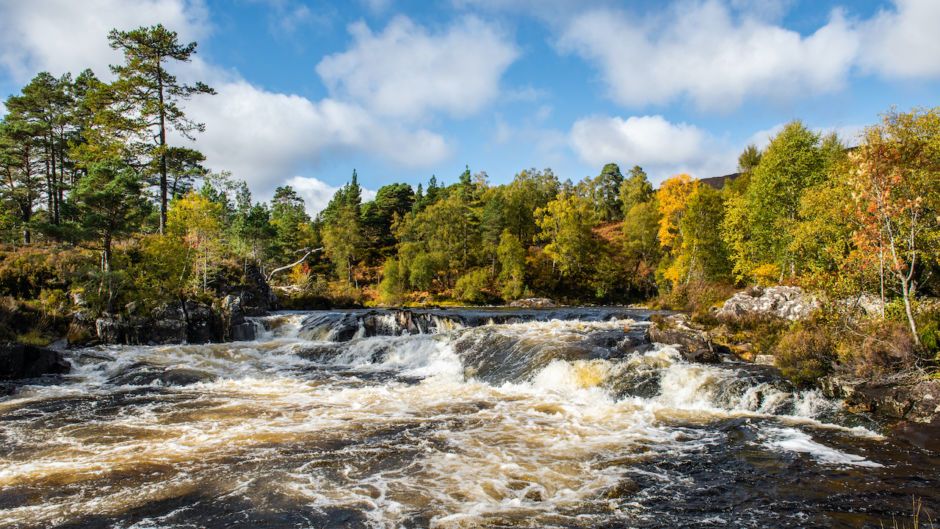 This highland river runs between Loch Affric and Loch Beinn a' Mheadhoin, just 15 miles west of Loch Ness. Downstream from this shot, it drops through a narrow gorge to form Dog Falls.Photo: Shutterstock/mountaintreks 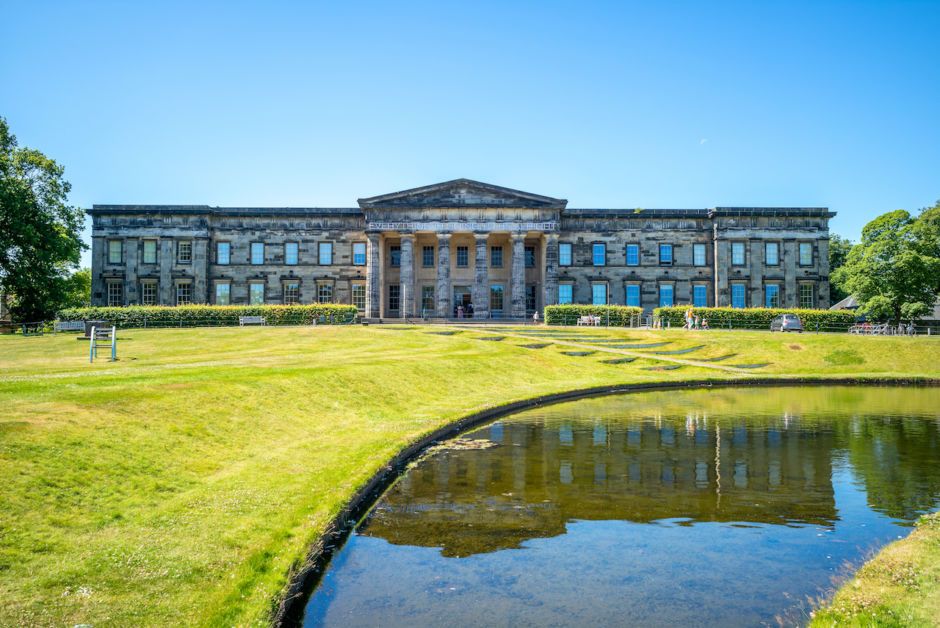 In Edinburgh, this museum holds the national modern collection, including pieces by the likes of Matisse, Picasso, and Warhol.Photo: Shutterstock/Richie Chan 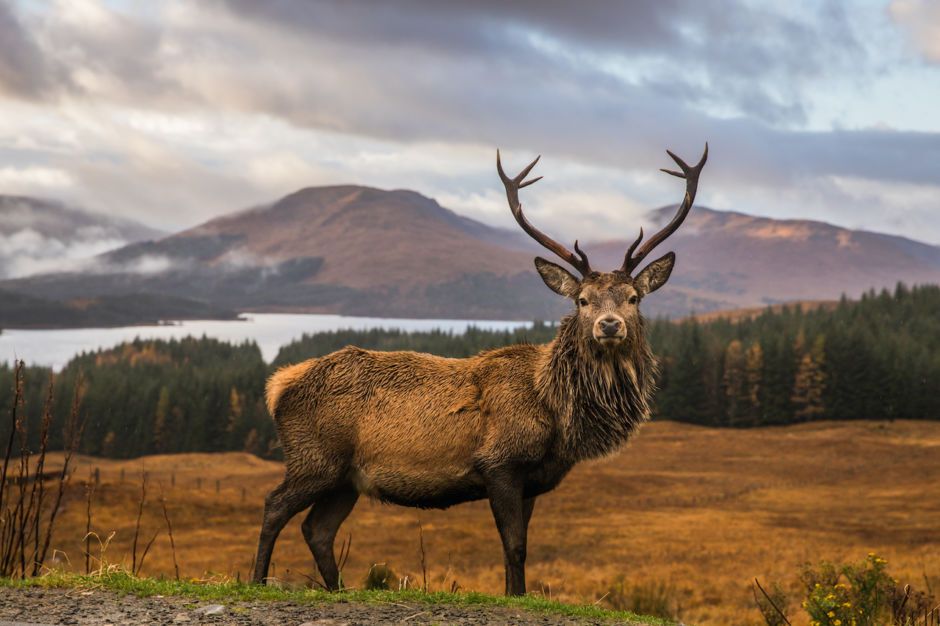 Scotland is home to indigenous populations of this large deer species, which served as prime hunting prey among the Picts during the medieval period.Photo: ANADMAN BVBA/Shutterstock 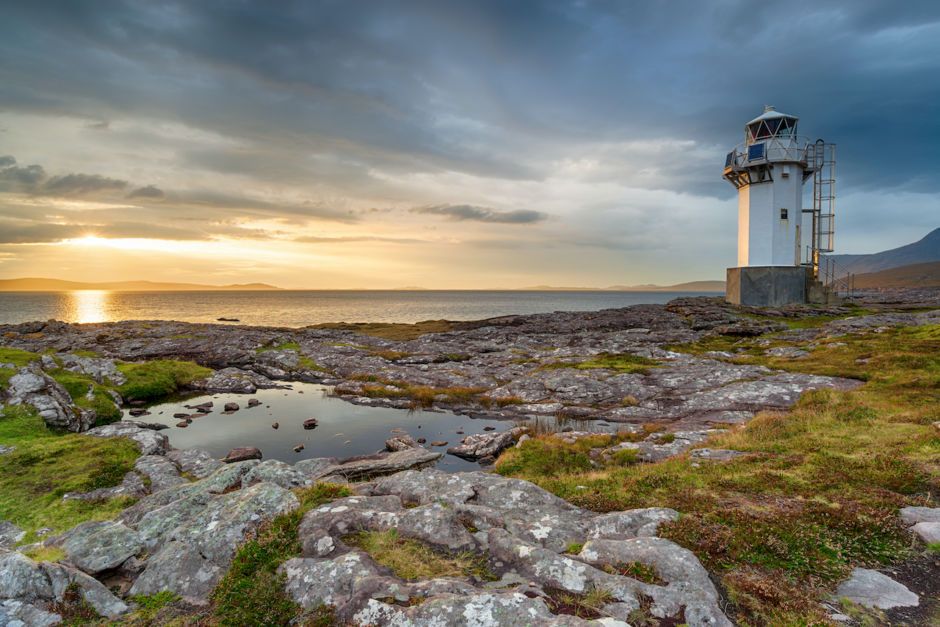 The landscape can get pretty spare (and beautiful) up in the far north of Scotland. This shot was taken at Rhue lighthouse, near Ullapool.Photo: Shutterstock/Helen Hotson 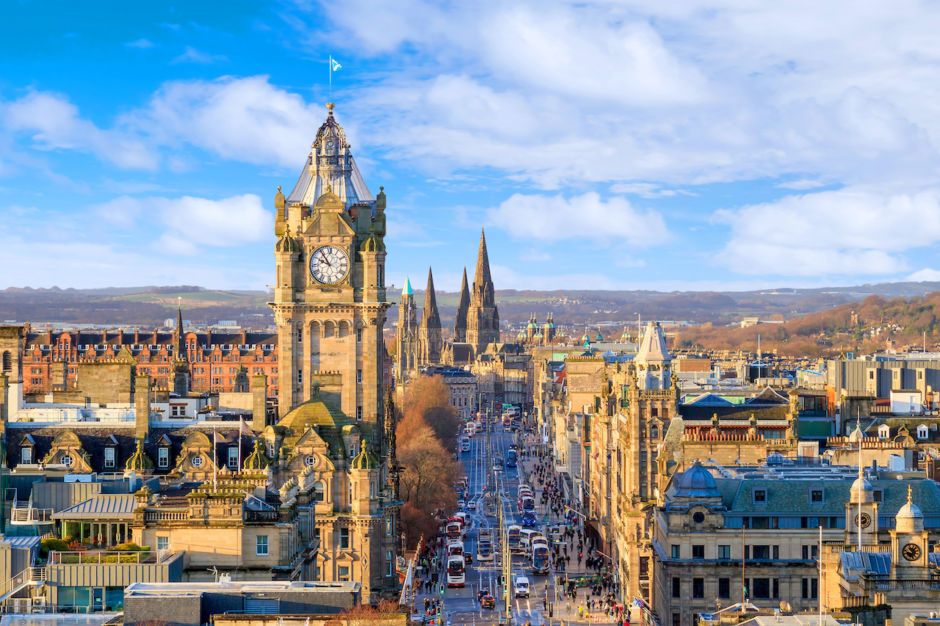 A great look at the stately architecture of Scotland's capital city. Photo: Shutterstock/f11photo

This sea loch in western Scotland terminates at the village of Kinlochleven.Photo: Shutterstock/andy morehouse 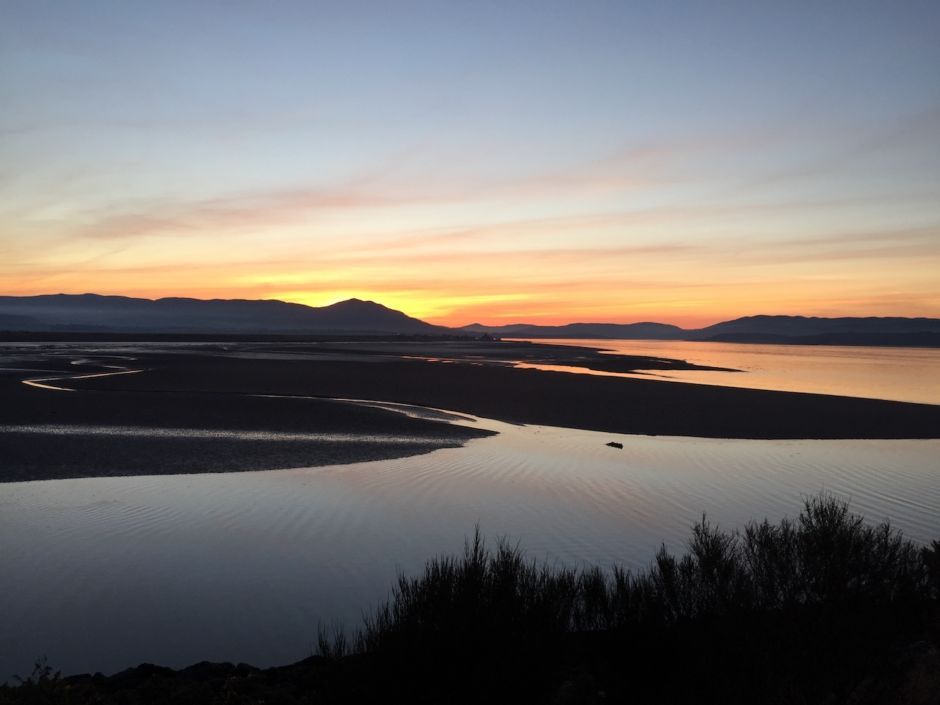 A "firth" is an inlet or small bay—this one lies on the east coast north of Inverness. The photographer notes that this sunrise photo was captured at the comfortable hour of 9am.Photo: Shutterstock/StuMunro67 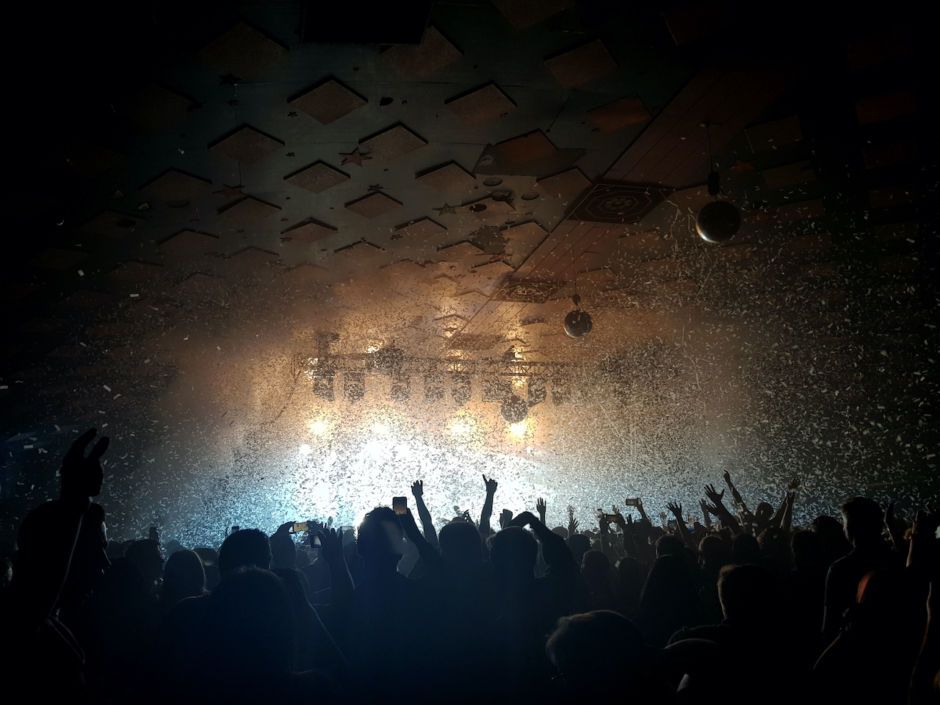 Like any other major European city, Glasgow hosts some impressive music festivals throughout the year, in addition to having a killer club scene on the regular. Photo: PK Perspective/Shutterstock 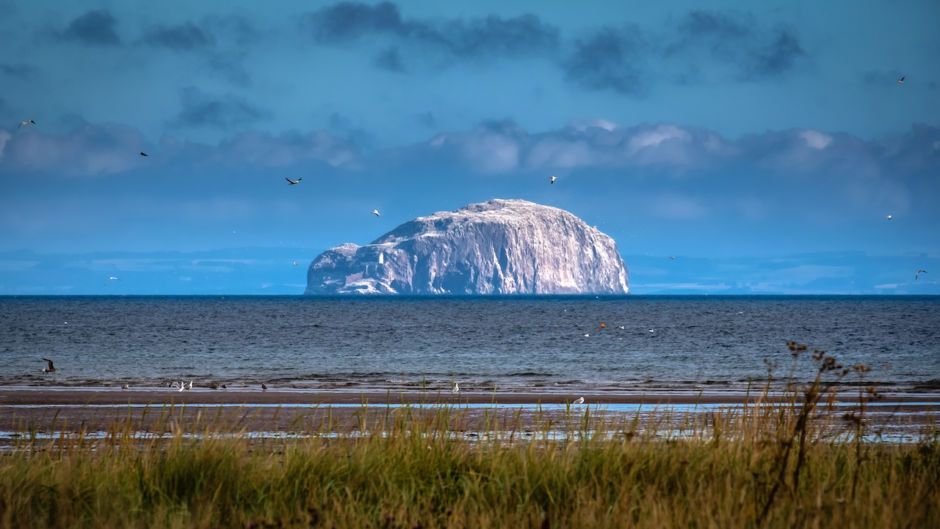 The volcanically formed Bass Rock sits offshore of southeastern Scotland in the Firth of Forth. Its 100m steep cliffs give it an awesome prominence rising from the sea.Photo: Shutterstock/ALBAimagery 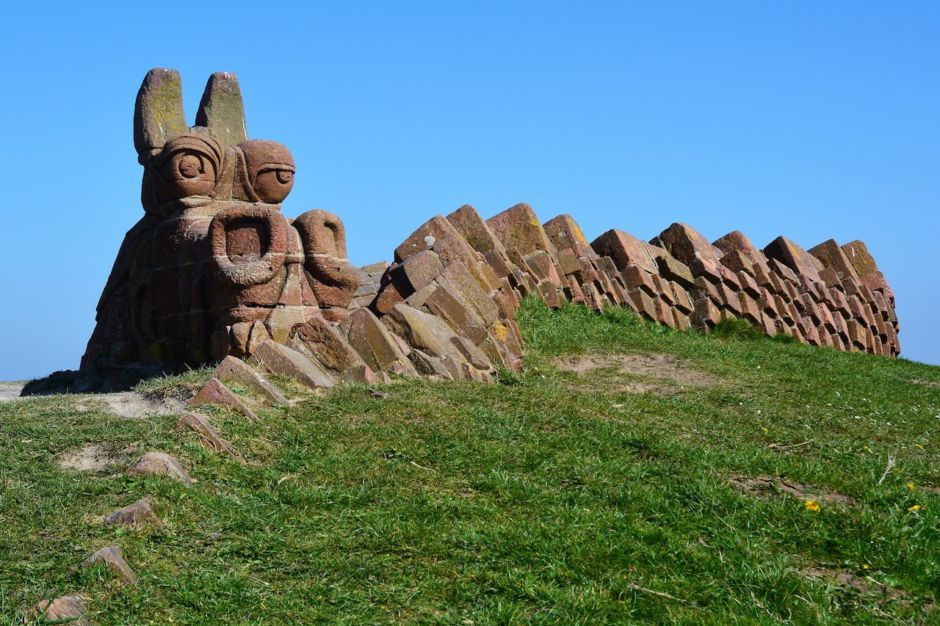 On the Ayrshire Coastal Path, above the beach at Irvine, you'll find this creation.Photo: Shutterstock/Complexli 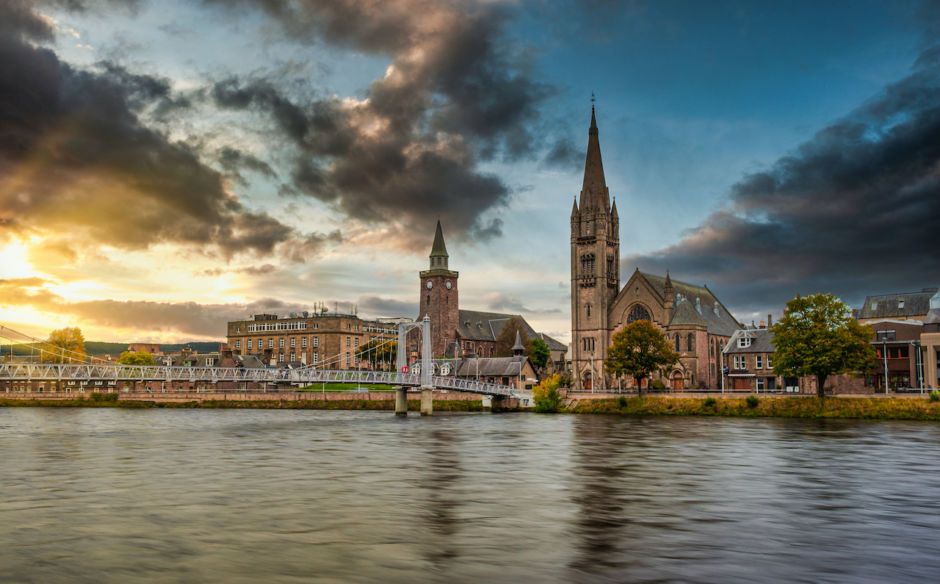 This city of 72,000 serves as the central hub of the Scottish Highlands. If you're going north, you're more than likely going here.Photo: Shutterstoc/Joan Vadell 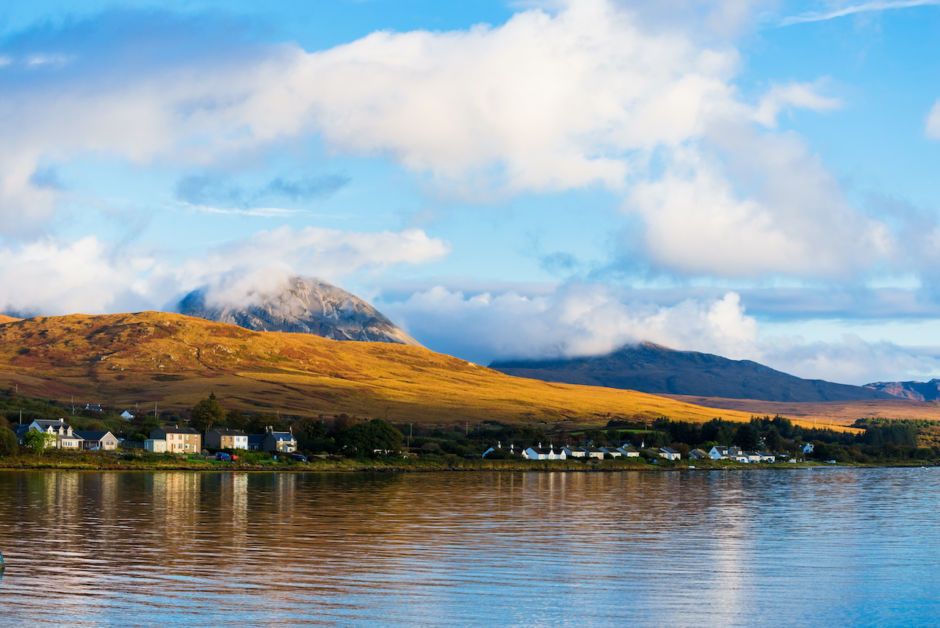 Looking across to the coast of Jura, an island in the Inner Hebrides, adjacent to the larger and more populated Islay.Photo: Shutterstock/Alex Stremmer 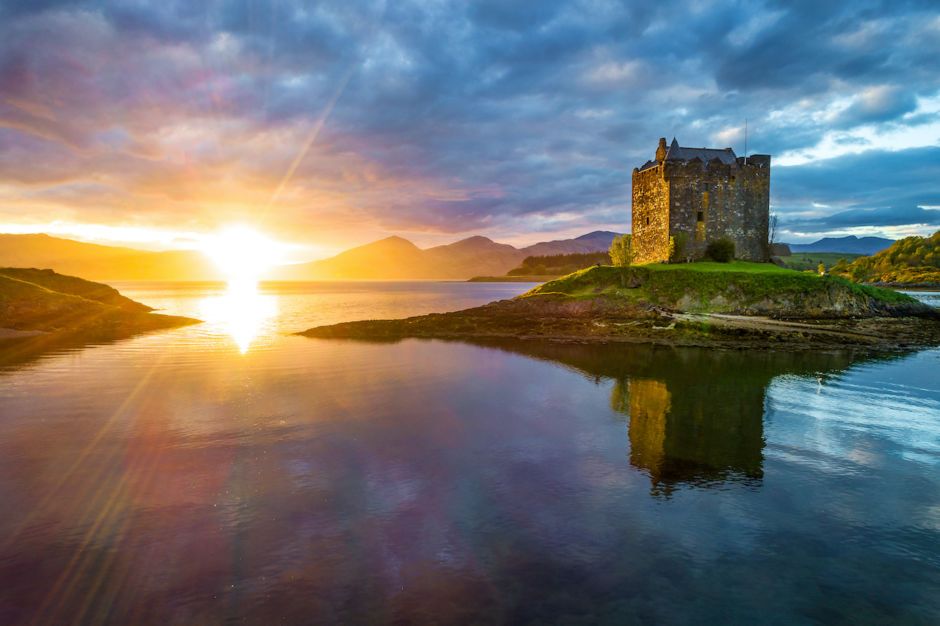 This four-story keep is roughly accessible by land at low tide—at all other times, it's surrounded by water. You might recognize it from Monty Python and the Holy Grail. It's located halfway between Oban and Glencoe.Photo: Shutterstock/rphstock 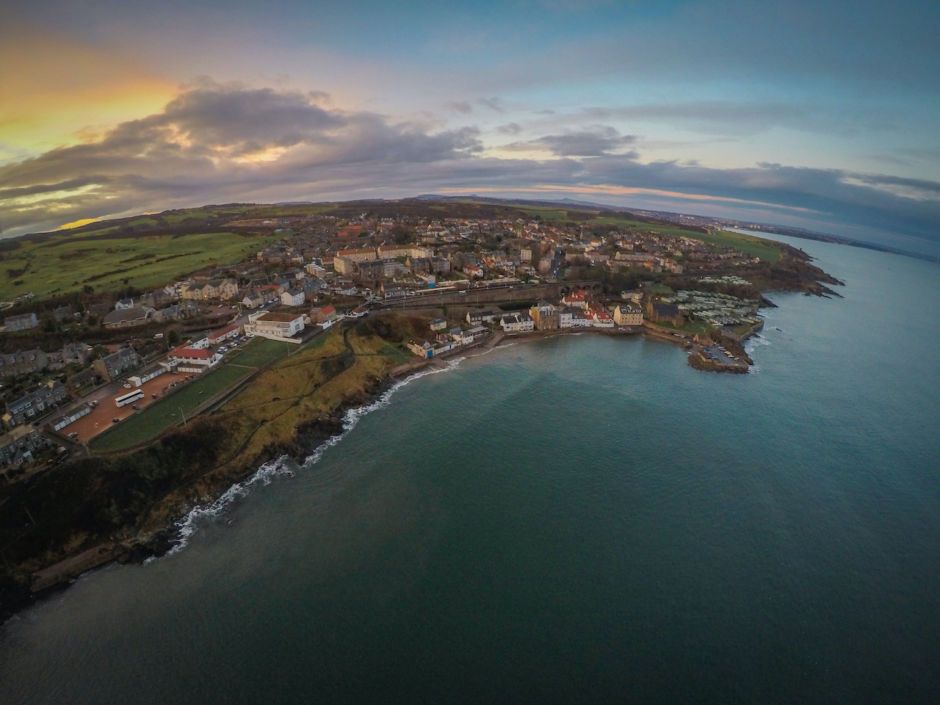 The harbor at Kinghorn, a small town on the east coast. Though not necessarily at this beach, Scotland is recognized as a legit cold-water surf destination.Photo: Shutterstock/Alexander Henderson 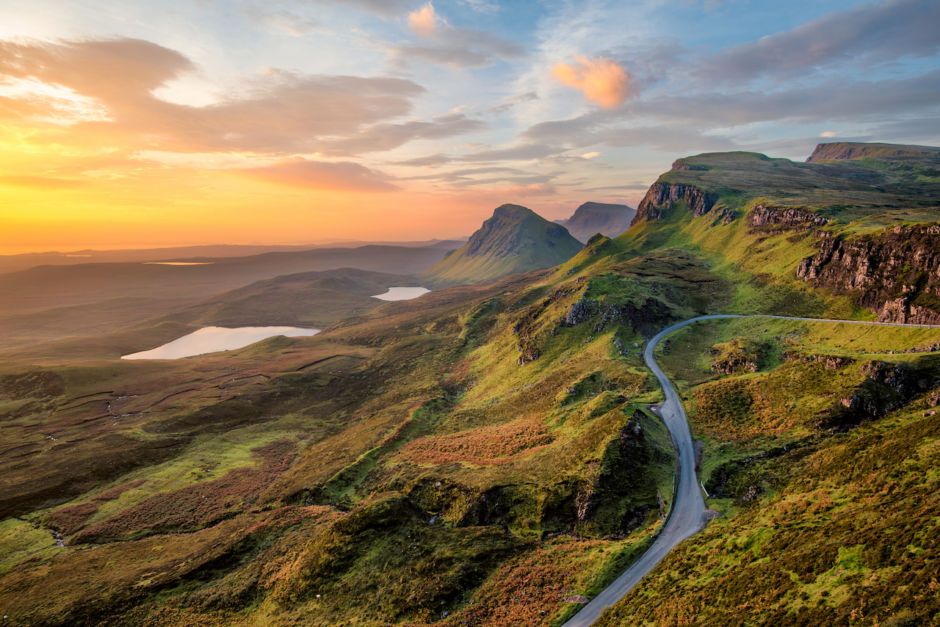 A good image to leave on—if I had to conjure an image of Scotland in my mind, it might be this one.Photo: Shutterstock/Daniel Kay

This post is proudly produced in partnership with VisitScotland.
Tagged
Galleries Trip Planning Scotland
What did you think of this story?
Meh
Good
Awesome