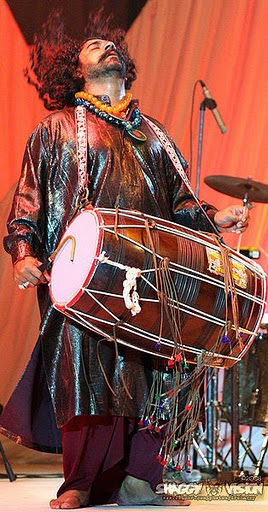 The most happening place in the city on any given Thursday is Data Darbar shrine where drummer Pappu Sain beats the dhol well past midnight. You can also catch Sufi music events at Peeru’s Café or the Al Hamra Arts Centre on Mall Road.

Tip: Dhol nights at shrines tend to be all-male events, and some locals combine the experience with drug use. Women should dress conservatively, travel with a male companion, and avoid crowded areas.

Lahore’s thriving art scene is fueled by the National College of Arts, the country’s foremost university of art and design. Locally known as NCA, the college gallery hosts both permanent and visiting exhibitions by Pakistani painters, printmakers, sculptors, and other visual artists.

NCA is located in Old Lahore, so it’s a convenient stop on a trip to Badshahi Mosque, Anarkali Market, or Lahore Fort. Other local galleries include Rohtas Gallery and Grey Noise.

Tip: Galleries normally don’t open until after 11 AM, so plan accordingly.

3. Try Your Hand at the Tabla 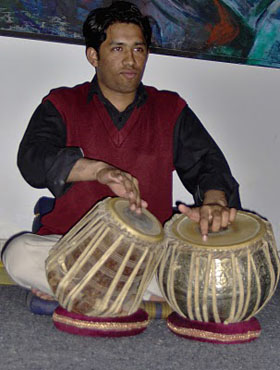 The tabla and the harmonium dominate Punjabi music. Tabla drums come in a set of two and would be small enough to bring a pair home in your luggage. You can hear the tabla being played along with hymns at almost any Punjabi church on a Sunday morning or at Sufi shrines.

Take a lesson at Lahore Chitrkar cultural center, or try learning sitar, flute, or dhol instead. The cultural center is located in Gulberg right next to popular restaurant and landmark Coffee, Tea and Company.

Even if you can’t understand Punjabi, seeing a puppet show offers you a glimpse of traditional Pakistani folk art. Lahore Museum of Puppetry organizes festivals and events on site at its Raiwind Road location and around the city, and local puppeteers perform at the annual 10-day Lahore World Performing Arts Festival in November.

Tip: Learn about upcoming events at the Museum of Puppetry on Facebook.

Kathak is a traditional dance of Pakistan and northern India. There are a number of studios in Lahore where you can take a one-time workshop or sign up for an ongoing class. Both men and women dance kathak, and it is often danced in pairs, but in Lahore most classes are ladies only. Try DanceGLOBAL at Equinox Gym if you’re looking for a co-ed class. Lahore Chitrkar and the Alliance Francaise also host kathak workshops.

Tip: Beginners’ kathak classes move slowly and focus on mastering technical aspects. If you just want to bust a move Bollywood-style, get invited to a Pakistani wedding where dancing is on the agenda. 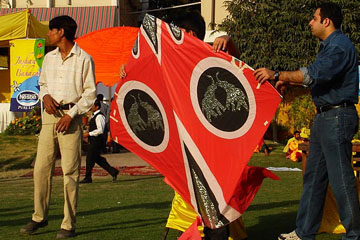 Lahoris celebrate the coming of spring with Basant, a kite-flying festival. People wear bright-colored clothing and sit in their gardens watching kites battle it out. The goal is to cut the other kites out of the sky until only one remains.

Unfortunately Basant has been celebrated in a more somber mood during recent years due to the large number of deaths and injuries caused by sharp, metallic kite string used by hard-core flyers. In 2010 the government completely banned kite flying during Basant in an attempt to keep motorcyclists and children from getting their throats sliced open by kite string while traveling on the road.

Punjabis have persisted with their kite-flying festivities although many are now using less heavy-duty string. For weeks after the festival you’ll see tattered kites hanging from telephone wires all over the city, whether people are officially allowed to be flying them or not.

Tip: Celebrate Basant at Lahore’s Gymkhana Club to see some of the most elaborate kites. In theory, only members can attend, but smartly dressed foreigners aren’t usually asked to show membership cards. Basant takes place annually at the end of February or the beginning of March.

Heather talks volunteering over at Change in her piece Volunteering in Pakistan.

At BNT, Fragile Moment: Pakistan Before the Rise of the Taliban talks about an act of generosity that stayed with the author for a long time after his visit.

Tagged
Culture Insider Guides
What did you think of this story?
Meh
Good
Awesome

On My Way To Work: Lahore, Pakistan

What NOT To Do in Pakistan

Cooking in Lahore: An American Woman in a Pakistani Kitchen