I JUST GOT HOME from the best dive trip of my life, on Queensland’s Great Barrier Reef.

After road tripping through the one of the oldest rainforests on Earth, I parted ways with Matador Ambassador Scott Sporleder and boarded a boat called Spirit of Freedom for a three-day intensive live-aboard dive trip.

When I woke up the day we were scheduled to shove off, I was thinking two things: 1) “Spirit of Freedom” sounds like a boat George W. Bush would own. And 2) three days is a long freaking time to be at sea, potentially feeling “trapped” aboard a boat. But as I boarded and got the orientation that afternoon, I gained tremendous respect for the vessel, and all the trepidation about the three-day commitment had dissipated.

Seventy-two hours later, I was sad to leave. It was the best experience with diving I’ve ever had and the highlight of my entire trip to Australia. Here are 7 things that made the trip so special. 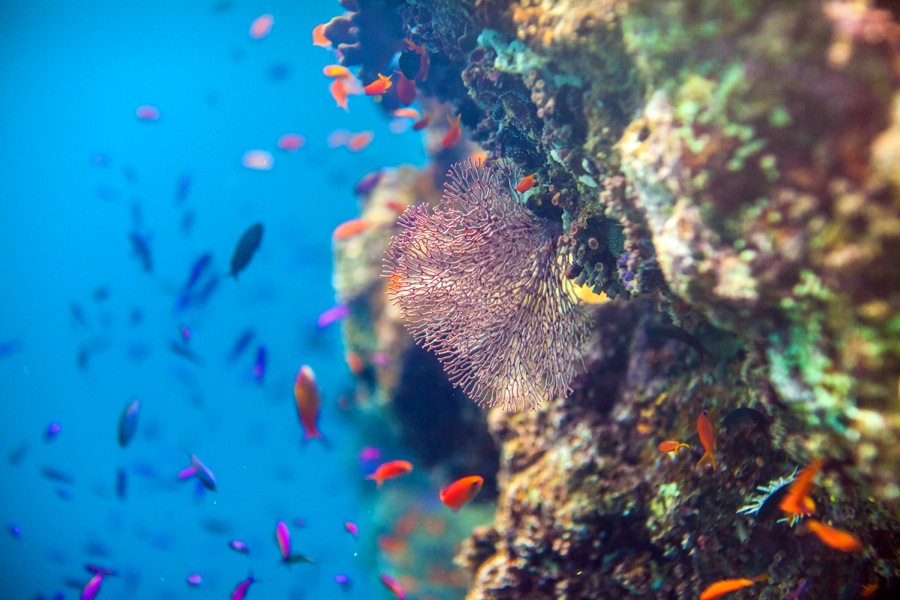 Anytime I’m cut off from civilization for days at a time, such as on a backpacking or boat trip, I get really nervous about food because I’m almost always hungry. This fear was squashed on the first night at dinner. We had prime rib and mashed potatoes with some insane chocolate dessert I couldn’t even finish because I was so full.

Each morning we woke up to a light breakfast, and by the time we got out of the water on our first dive of the day the staff had eggs, bacon, sausages, and pancakes cooking. They feed you well, and frequently. I was amazed by the quality of the food, including the salads and fresh veggies.

I’m kind of ashamed to admit that my single biggest fear about the three-day commitment was being away from work, emails, and the rest of the connected world. I’d bid the Matador team farewell, telling them I’d most certainly be offline for at least three solid days (terrifying!) — only to discover half an hour later that the entire boat is strapped with super fast satellite wifi!

The signal was strongest in the commons room and was on 24 hours/day, so I’d get up early every morning, knock out a bunch of important emails, and then feel carefree for the rest of the day, which made the diving that much more enjoyable.

After a little chitchat with the other guests, it was obvious I was the least experienced diver on the boat, which can be intimidating. As some others were assembling thousands of dollars’ worth of fancy underwater camera housings, I was trying to remember how the fuck to attach the air and which regulator went in my mouth. 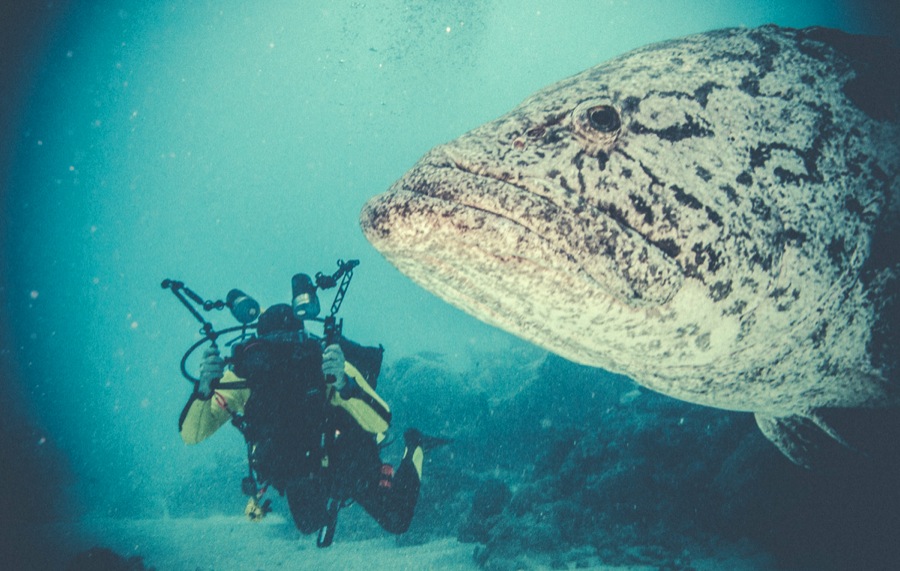 Luckily, the staff gave me a refresher and made me feel at ease during the first couple dives until I got back into the swing of things. Every team member on the Spirit of Freedom was cool and friendly, from the captain to the cook.

I had been impressed by the size of the fish we’d seen on the first few dives of day 1, but I was blown away by the size of the giant cod we swam with that afternoon. These things were bigger than me and would swim right up to us, (of course because they wanted what we had in the bucket), but it was amazing to feel dwarfed by these gentle giants — pound for pound, the biggest fish in the reef ecosystem.

I had never even been on a night dive, so I was a bit nervous but super stoked to get into the water after dark. The crew equips every dive group with different colored glow sticks so you can stay with the right group, and each diver gets a bright underwater flashlight.

This was by far my favorite dive of the three days. Not only is diving in the pitch darkness a completely surreal experience, but immediately you realize that a lot is going on down there at night — namely hunting. You don’t want to be Nemo after dark. The reef is literally teeming with large, aggressive barramundi and whitetip reef sharks.

The craziest part is these hunters can see the fish hiding in exposed coral when they’re illuminated by your flashlight — whatever you shine your light on is getting lit up in more ways than one, as predator darts in to devour prey. There were times I felt a little bad about showing the blood-thirsty hunters where the little ones were hiding, but that’s the circle of life on the reef!

On the last day of the trip, we disembarked for the first time in three days, ferried by small zodiacs onto a white-sand beach on a remote and gorgeous atoll called Lizard Island.

There’s only one hotel on Lizard Island, a five-star resort of the same name that costs over a thousand dollars/night. Instead of having lunch with those folks, we took a long walk around the bay and learned about Lizard Island’s fascinating and haunting history…which I will leave for you to discover when you visit.

7. Getting a farewell aerial view of the Great Barrier Reef

After a much-too-short visit to Lizard Island, it was time to go home. But rather than a long putt back to Cairns in the boat, the Spirit of Freedom diving program flies guests off the island, 45 minutes back to the mainland right over a spectacular stretch of the Great Barrier Reef. If you’re thinking about taking a helicopter tour of the GBR, save your money and knock out two birds with one stone by getting your aerial shots done on the way home from your dive trip!

This post is proudly produced in partnership with Tourism Queensland.
Tagged
Diving Lux Travel Trip Planning Queensland: Adventure in the Sunshine State
What did you think of this story?
Meh
Good
Awesome
✖
travelstoke
Download the mobile app
stoked by