WHEN WE GOT OFF THE PLANE in Cairns, it felt like Hawaii. For some reason I had underestimated just how tropical “tropical Queensland” would be. It was steamy, and the hills around the coast were covered with dense jungle.

Cairns as a town has an interesting vibe — a mix between Cancun and Hawaii, minus the beach. To be honest, I was a bit surprised and disappointed that it wasn’t safe to go in the water along much of the Queensland coast. Between saltwater crocs and poisonous jellyfish, taking a quick swim in these parts comes with life-threatening risks during certain seasons.

Beyond being a holiday spot for Queenslanders and tourists from Asia, Cairns mainly serves as an excellent jumping off point for adventures ranging from week-long live-aboard dive trips to an afternoon of tandem skydiving. The many outfitters standing by to serve everyone from Kiwi backpackers to Korean honeymooners offer travelers all kinds of options — QLD can aptly be described as an “adventure paradise.”

In our first couple days, Matador filmmaker Scott Sporleder and I drove to different spots for cliff jumping and to check out waterfalls. We searched for wildlife and went tandem skydiving. Although all of this was fun and readily available via short day trips, what we had really come to check out was the Daintree — one of the world’s oldest rainforests, where the jungle stretches from the mountains all the way down to the greens and blues of the Coral Sea. 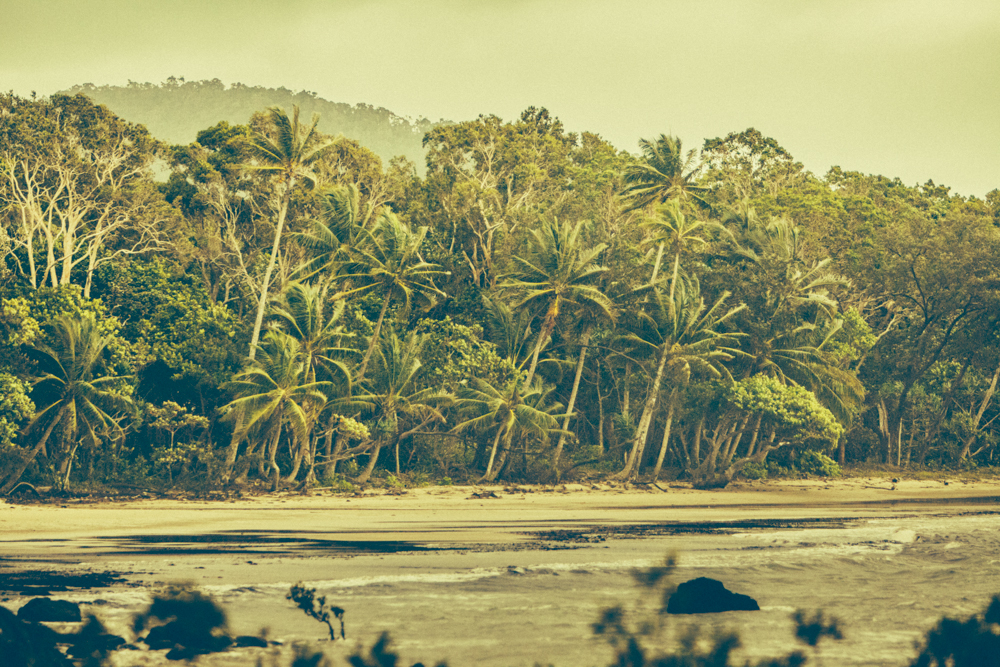 Always enthusiastic about a road trip, Scott and I jumped into our 4×4 rental SUV and headed north. Our plan was to take the coastal road up into Daintree National Park, where we’d supposedly need 4WD to continue on dirt roads for another 200km up to Cooktown. We really had no idea what to expect.

For the first half of the trip, the similarities with Hawaii continued: massive plantations of mostly sugarcane, beautiful water along the coast, and big, volcanic-looking mountains covered in jungle. Along the wilder sections of road, it was difficult to imagine how the Daintree Rainforest could get any more rainforest-y than what we were already seeing.

But it did. After about 200km, we reached a car ferry and crossed a small, crocodile-infested river. Once on the other side, the paved roads disappeared and it felt like Jurassic Park, complete with big yellow caution signs with a prehistoric-looking animal on them.

These were “cassowary crossing” signs. The cassowary is a flightless bird about the size of an ostrich. It’s endangered, has a bone-like fin along the top of its head for protection, and has been known to attack and kill dogs and even humans if threatened.

The next 200km was some of the most exciting driving I’ve ever done, cooking along in our SUV and looking for wildlife between full-blown river crossings. To make it through the Daintree, you definitely need a 4WD.

The best way to actually get into the forest and learn about the plants and animals that inhabit the area is to take all four walks maintained by the national park, which consist of wooden boardwalks that wind through dense rainforest, showcasing hundreds of species of plants and animals. 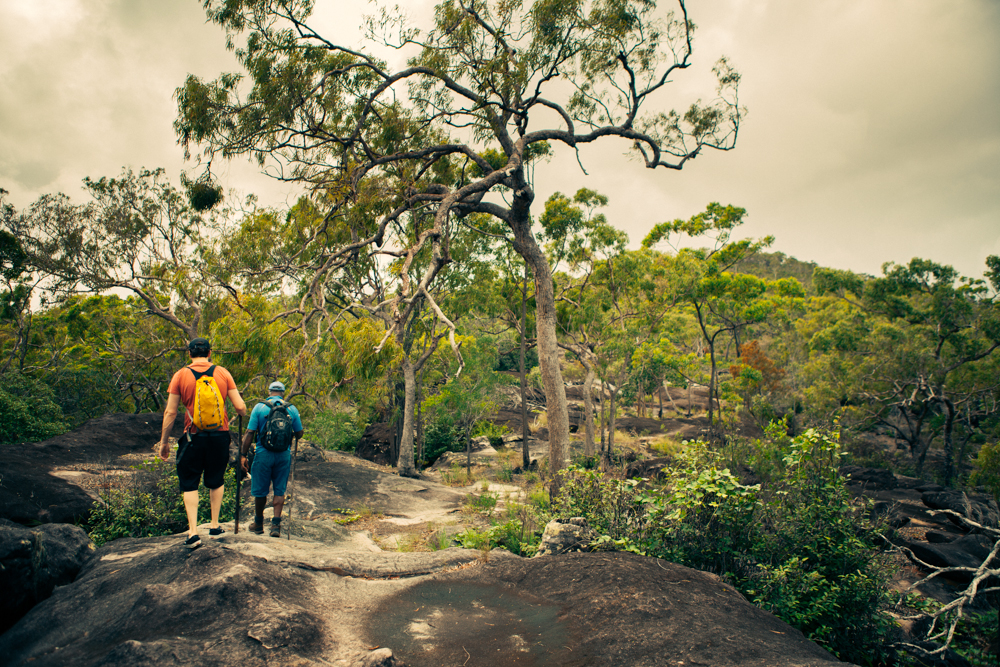 We emerged from the Daintree in the dark and drove through a series of Aboriginal communities on our way to the massive Bloomfield Falls. Later, we picked up an Aboriginal hitchhiker and drove him across a river before saying goodbye and moving on into the darkness. It was a surreal experience driving through the dark forest on this warm, humid night with all the windows down.

Finally, we reached Cooktown and got some much needed rest. A pretty unremarkable place in itself, Cooktown was our starting point for a walk through the ancestral lands of the Nugal people with Aboriginal local Willie Gordon, of Guurrbi Tours. Willie took us up through the hills above Cooktown to different rock-art sites and taught us about the history of Aboriginal people in Australia and the vast knowledge they have amassed about the natural world in which they live.

After saying goodbye to Willie, we threw our packs in the truck and high-tailed it back to Cairns, this time taking the inland road, which is paved the entire way and meanders through some spectacular dry-climate ecosystems.

This post is proudly produced in partnership with Tourism Queensland.
Tagged
National Parks Travel Queensland: Adventure in the Sunshine State
What did you think of this story?
Meh
Good
Awesome
✖
travelstoke
Download the mobile app
stoked by