Just five miles south of New Mexico’s largest city lies the Valle de Oro National Wildlife Refuge. A former dairy farm, the refuge is now managed by the US Fish and Wildlife Service in conjunction with a large number of eager volunteers from the surrounding communities.

Until recently, the area was dominated by alfalfa fields, but given that it’s also the meeting point of several tributary creeks to the nearby Rio Grande, the soggy ground is prime habitat for migrating birds. Initially slated for suburban development, local communities partnered with the Trust for Public Land and the refuge was donated to the American people in 2012.

Land managers and volunteers are currently restoring the native cottonwood forest, or Bosque, that once sheltered the area. An additional 60 acres were added to the refuge in 2014, and the wildlife watching has just gotten better by the year. 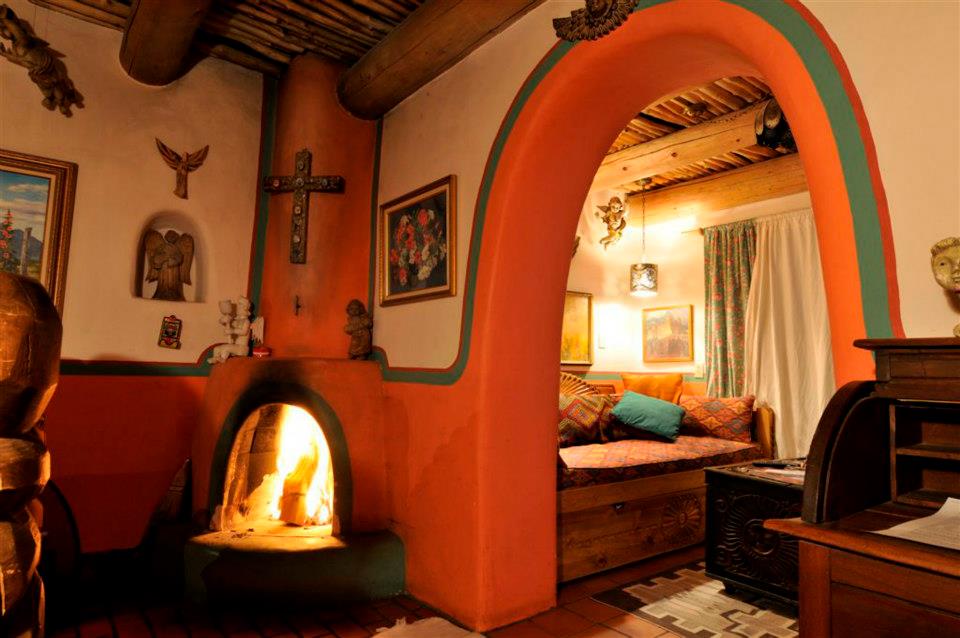 Paul Carlos Castillo, known around Taos as “Paco,” owns La Doña Luz Inn, a bed and breakfast steps from the historic Taos Plaza. The Doña Luz isn’t exactly a big place, but it’s home to one of the more incredible and unexpected art collections in the state.

Paco is the grandson of Taos artist Ralph Meyers, immortalized as “the good white trader” in Frank Waters’ classic 1942 novel, The Man Who Killed the Deer. In 1909, Meyers opened the first official trading post in Taos. He named the store El Rincón, or the Corner. That adobe building, which now houses La Doña Luz Inn, is one of the oldest in town, dating to at least 1802, when La Doña Luz Lucero de Martínez lived there.

The Bisti is the kind of place where you can hike for hours on end and never encounter another human being. And maybe not even an animal. About 40,000 acres in size and tucked away in the high-elevation desert of the San Juan Basin, the Bisti is a surreal landscape composed of varying colorful layers of shale, mud, volcanic ash, coal, and sandstone.

Massive boulders balance on pillars of eroded rock. Slot canyons lead you to hidden arches and hoodoos. Petrified wood is scattered across the wilderness area. In some places you can find whole petrified tree stumps as well as fossils ranging from small sea creatures to teeth and even whole dinosaur skeletons. This is a delicate land. Be on your best behavior and take care not to damage the magic of the place. 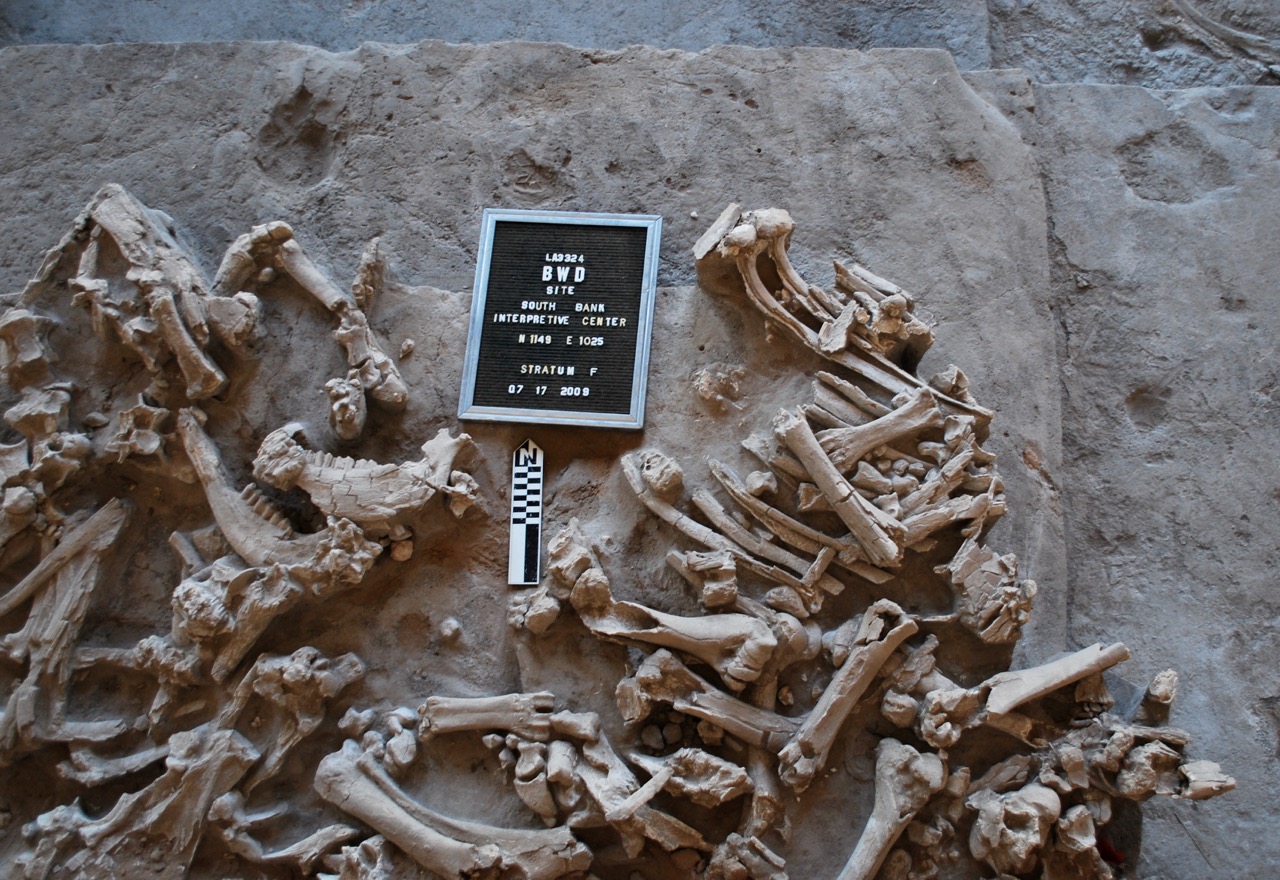 Nearly 13,000 years ago, people known collectively as the Clovis culture came to a diminutive spring-fed lake in the marshlands between what are now the eastern New Mexico towns of Clovis and Portales. They arrived to hunt mammoths, bison, giant ground sloth, camels, and horses. For the next several thousand years, different peoples from different cultures kept coming back to this rich patch of landscape in the middle of a seemingly endless prairie, leaving behind a “layer cake” of human occupation.

Known as Blackwater Draw, this is one of the most important prehistoric archaeological sites in all of North America. Archaeologists began investigating the site in 1932; Eastern New Mexico University purchased it in 1978 and has operated a small but excellent onsite museum ever since.

This will probably be New Mexico’s next national monument, and if you go now, in just a few years you can be one of the cool crowd exclaiming, “I remember when…I was there before…”

Just north of the Texas border, near El Paso, lies the remote 1.2 million acres of rolling grasslands that make up Otero Mesa. Long recognized as a near holy spot by scientists, tribal leaders, sportsmen, and conservationists, Otero is home to over 200 species of migratory songbirds as well as golden and bald eagles and the critically endangered aplomado falcon. It’s heaven for bird watching, but also for seeing wildlife like mule deer, black-tailed prairie dogs, mountain lions, coyotes, and the most impressive herd of pronghorn antelope in the entire Southwest.

During the summer monsoons, the Otero grasslands turn a vivid green dotted with myriad wildflowers. Most of Otero Mesa is public land.

New Mexico has over 40 wineries producing around 700,000 gallons of wine a year, and it’s one of the oldest wine-growing regions in North America. It was way back in 1629 that two Spanish monks brought cuttings of a grape variety known as Vitis vinifera, or the “mission grape,” to New Mexico. A bit more recently, just 30 years or so ago, Hervé Lescombes, patriarch of a multi-generational winemaking family from Prussia (by way of Algeria and France) and his wife Danielle came to New Mexico to create what has become St. Clair, the state’s largest winery.

These are people who take their art seriously, creating award-winning wines and revitalizing this aspect of New Mexican history. Today Hervé’s younger son, Florent Lescombes, manages the winery operations, while his older brother, Emmanuel Lescombes, runs the vineyard just outside Lordsburg. Visit them at the bistro and tasting room in Deming, or at the bistro locations in Albuquerque, Farmington, and Las Cruces.

East of the New Mexican town of Las Vegas lies the Llano Estacado, or “Staked Plain.” This is one of the most rugged and remote stretches of land in the state. The mesas and canyons of the area are home to elk, mule deer, mountain lions, foxes, wild turkeys, and bobcats.

In 2009, Congress created the Sabinoso Wilderness area here on 16,000 acres of public land. Though owned by the American people and managed by the Bureau of Land Management, these magnificent canyons are surrounded by private lands, which means we can’t currently get in to explore. That will hopefully change in the coming months. Thanks to a $3.1 million donation by the Wyss Foundation, the 4,000-acre Rimrock Rose Ranch will become public property, and you’ll soon be able to visit this sizable chunk of true wild for the first time.

You have to wonder if going legit after years of operating illegally feels like a disappointment, a relief, or both. 1933 saw Felix Silva of Bernalillo give up the distillation of spirits in his apple orchard. He dropped out of the bootlegging business and opened a modest little neighborhood bar along the old Route 66: Silva’s Saloon. There must have been some nostalgia for the old days, though, because Silva didn’t go totally legit. He still sold on Sundays, which was illegal in New Mexico until very recently, and he sold to Native Americans, which was also against the law at the time. And then there were the card games… With his son, Felix ran the bar until he passed away in 1995.

As a young archaeologist filling out paperwork and notes over a cold beer, I was fortunate to meet Felix and spend time chatting with him in the years before his death. I remember a no-nonsense man filled, like his bar, with incredible stories. The walls of the shaded little establishment are lined with memories. Sweat-stained and dusty old cowboy hats hang from the ceiling. Old driver’s licenses are tacked to the wall along with faded photos, receipts, and seemingly ancient license plates. Above the bar are rows of bottles, beers, and liquors not even made anymore. There’s a payphone. Coin operated. And it works.

No food. Only drinks. It is a quiet spot but a welcoming one.