BEYOND THE EVER POPULAR HOT AIR BALLOONS of moonscape Cappadocia, below the dizzy heights of paragliding over the blue lagoon of Ölüdeniz, Turkey’s menu of exciting experiences caters to all interests, ages, and budgets. Here are 9 incredible adventures you might be surprised to know were possible in Turkey.

1. Dive down to a Dakota DC-3 aeroplane on the Mediterranean seabed. 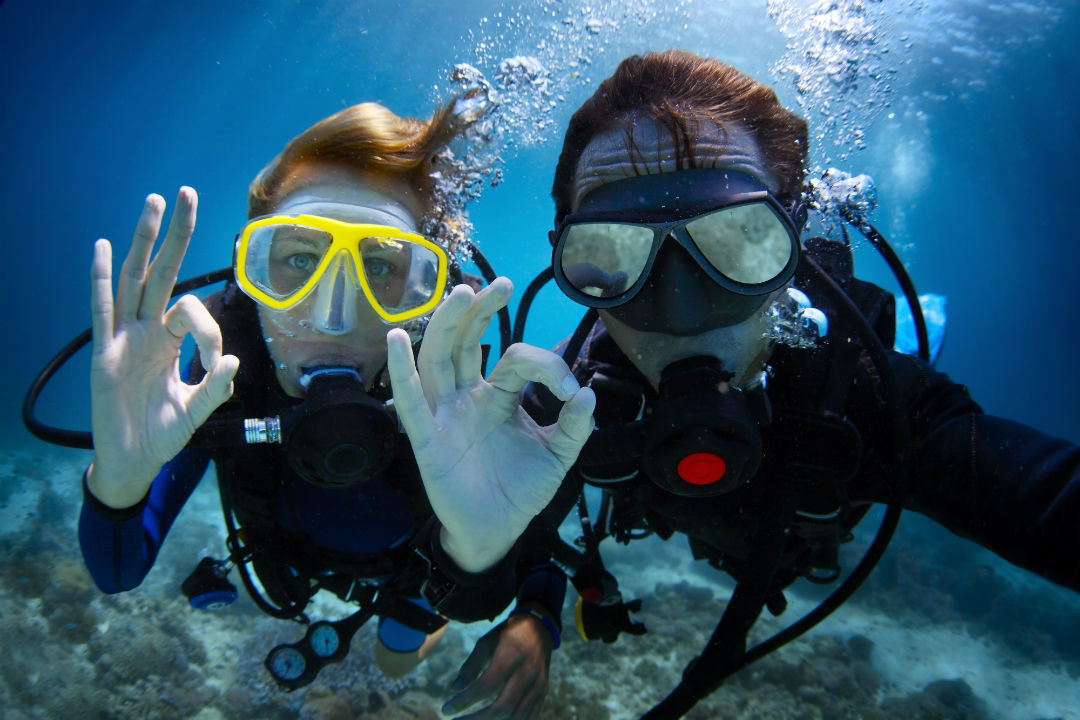 Submerged in the azure waters of the Mediterranean and just a 10-minute boat ride from Kaş, one of Turkey’s premier diving destinations is the intact, 65ft, fixed-wing Dakota DC-3 aircraft — complete with twin engines, propellers, landing gear, and cockpit instruments.

Manufactured during WWII, and deliberately sunk here in 2009, the 12.25-ton aircraft with its 95ft wingspan was once used by the Turkish Air Force to transport paratroopers. Now, some 70 feet undersea, the wreck is host to a variety of marine life including stingrays, loggerhead turtles, and octopuses, as well as scuba divers seeking subaquatic adventures. Divers can enter the cargo hold of the plane, eerily perched skyward as if ready for another takeoff.

2. Ride the winds and surf of the Çeşme Peninsula. 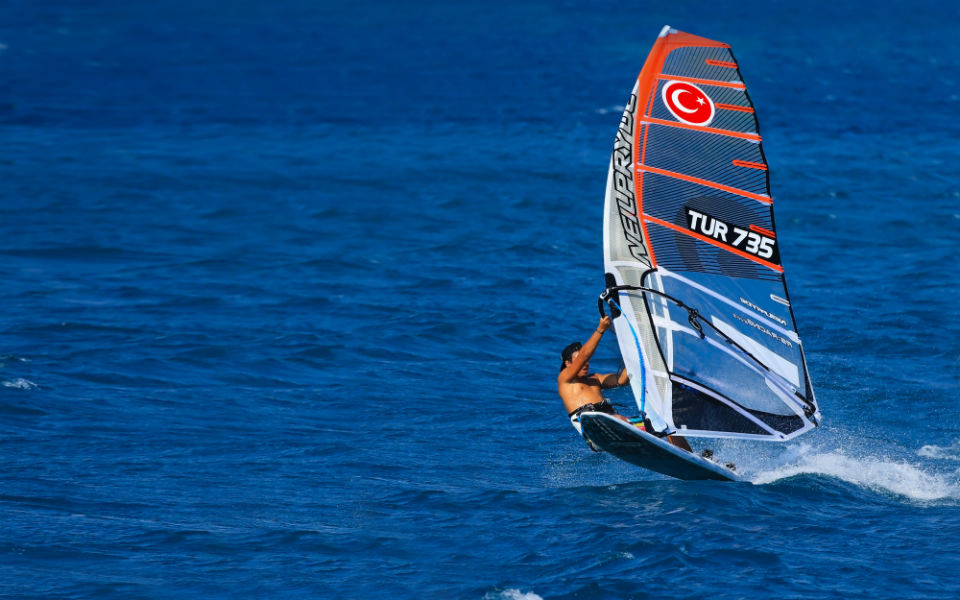 An hour’s drive west of cosmopolitan İzmir lies Turkey’s greatest destination for kite and windsurfers seeking high speeds on the Aegean Sea. The Poyraz and Lodos winds that once aided (and hindered) trade to ancient Anatolia make the Çeşme Peninsula one of the world’s top destinations for wind-powered surf enthusiasts.

Beginner and intermediate surfers can take to the calmer seas and shallow waters of Alaçatı Bay and Urla, while more experienced kite surfers should seek out the strong winds and white caps of Pırlanta Beach. And, when the sails come down, there’s plenty to explore in the up-market boutiques, swanky bars, and gourmet restaurants that line the narrow cobbled streets of Alaçatı, an inland town of vine-clad greystone houses dating back to the 19th century that also happens to host the annual PWA Windsurfing World Cup.

3. Make “yakamoz angels” on a blue cruise during a new moon.

“Yakamoz,” voted the world’s most beautiful word in 2007, is “phosphorescence” in Turkish. It mainly means “moonlight on water,” but also refers to another marine experience when floating phytoplankton illuminate the sea, leaving a trail of twinkling light in their wake when disturbed. Mother Nature’s psychedelic show is best seen on a Mediterranean blue cruise during a new moon, when the lunar light is low. Passengers can plunge into the waters to wade on their backs and make “yakamoz angels.” 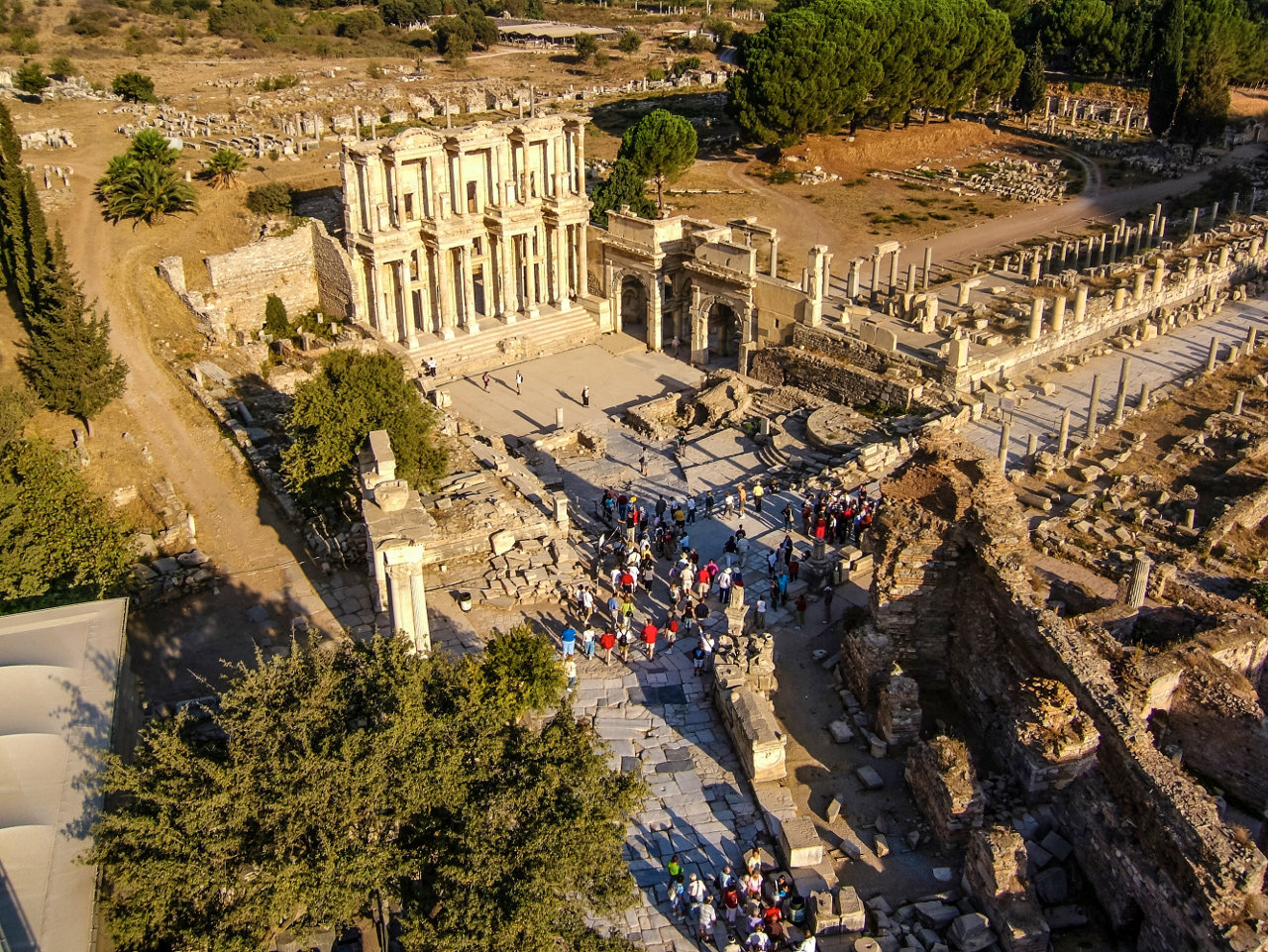 Most visitors spend hours scouring the remnants of the Roman Empire’s Ephesus (designated a World Heritage Site just this year), its towering Library of Celsus and the 25,000-seat Great Theatre. But they often miss the vast array of vestiges outside the ticketed area dating back to the Hellenistic and Neolithic periods. And of the millions of tourists who tread the marble floors of Ephesus every year, very few have marveled at the city’s expansive splendour from the air.

The best way to appreciate the size and breadth of the city’s historical footprint is from one of the airborne adventures offered from nearby Selçuk. Microlight, ultralight, and skydiving flights will have adventurers soaring above the Roman ruins, the remains of the Temple of Artemis — one of the Seven Wonders of the Ancient World — and more. Keep an eye skyward too for the new International Turkey Balloon Fiesta, which may in the future provide another aerial view of Ephesus. 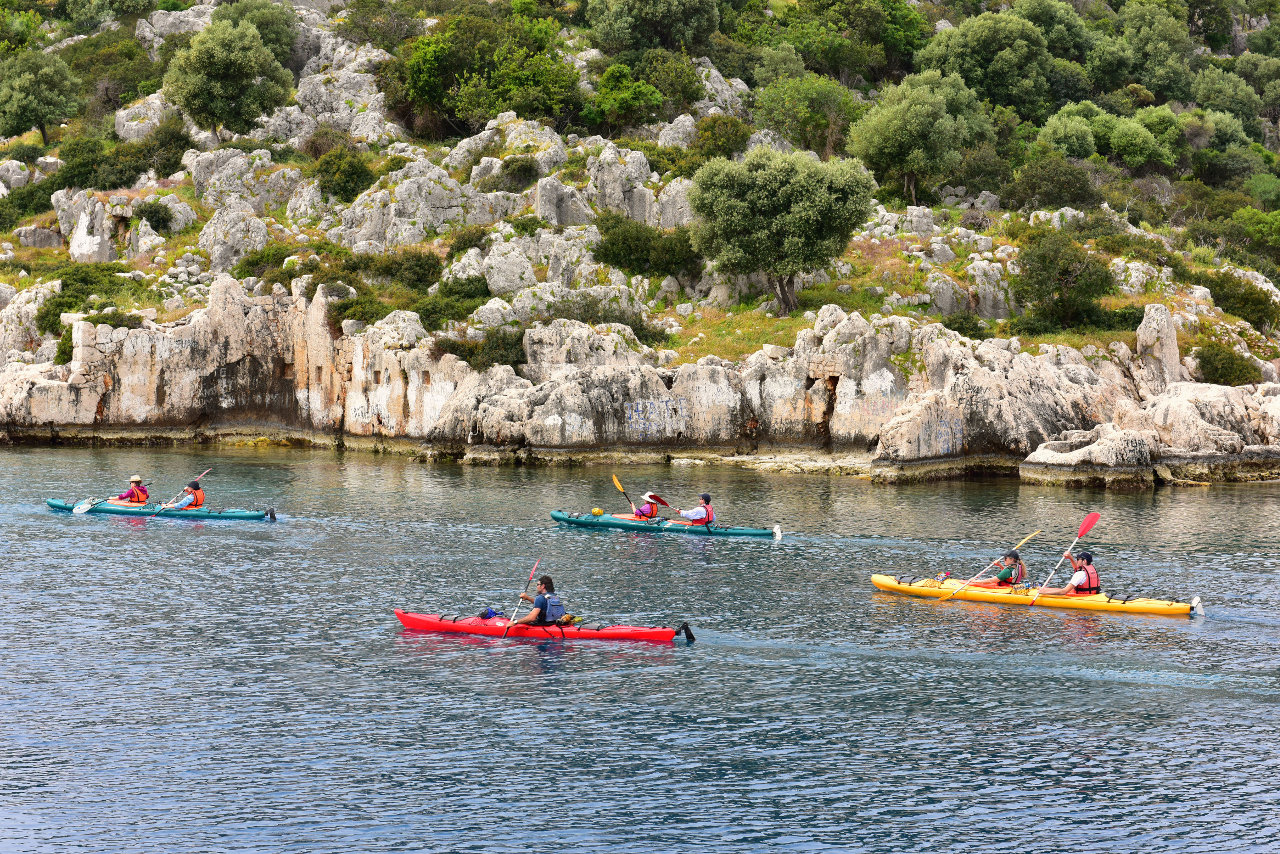 Concealed in the depths of the Mediterranean between Kekova Island and Kaleköy are the foundations of a sunken Lycian urban center. In the 2nd century AD an earthquake shook the city, pulling its buildings below the water’s surface. Today, the remnants of residential houses, staircases, and shipyards can be seen above and below water as they seemingly slide down the side of Kekova Island.

Travelers can either motor past the sunken city with the throngs of day-trippers on all-inclusive cruises, or opt for a self-paced, more intimate view by kayaking over the submerged ruins. 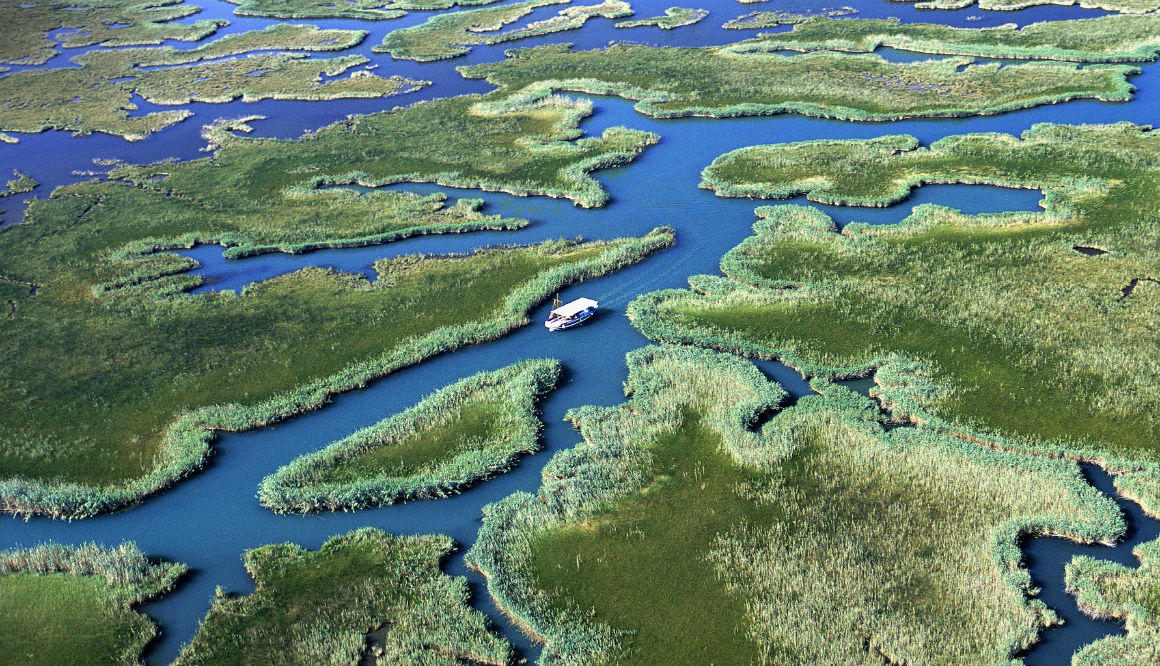 Perhaps one of Turkey’s most underrated coastal retreats is the eco-friendly town of Dalyan, situated in a Special Environmental Protection Area between hedonistic Marmaris and Fethiye. The outdoor adventure factor for families here is second to none. The town has coastal wetlands; the freshwater Köyceğiz Lake; the Dalyan River, which connects to the Mediterranean; and İztuzu Beach, a breeding ground for endangered loggerhead turtles.

Take a rowboat over the river and walk past the pomegranate groves to the ancient Carian city of Kaunos, linger in the mud baths and hot springs that line the Dalyan River and Köyceğiz Lake, and cruise on a riverboat past some of Turkey’s most impressive cliff-face Lycian tombs. Journeys come with the added chance of spotting land and marine wildlife like wild goats, donkeys, turtles, blue crabs, grey mullet, and sea bass. Head further along the river to İztuzu Beach to swim and sunbathe, and visit the Kaptan June Sea Turtle Conservation Foundation to see injured sea turtles being nursed back to health and learn about the conservation efforts going on in the area.

7. Hike the gastro-trekking trails of the Kızılırmak River Basin.

Most experienced trekkers have heard of Turkey’s long-distance Lycian Way that traces the Mediterranean Coast, but just one look at the Cultural Routes Society website and you’ll see there’s plenty more trekking to choose from throughout the country. To mix hiking with adventures of the gastronomic kind, look no further than Çorum Province’s self-guided Gastronomy Route, northeast of Ankara.

This route is the first of its kind in Turkey and follows the ancient trading and migration routes largely centered around the Kızılırmak River Basin. Best explored between April and November, the route consists of 25 walking trails, seven cycling trails, and a 702km vehicle route for travelers on four wheels. The assortment of itineraries leads through the highlands and river basin past the waterfalls, forests, castles, bridges, and lakes of northern Central Anatolia while giving access to the unique culture, crafts, and farm-to-table delicacies of the villages en route.

8. See a different side (and season) of Turkey at Kartalkaya. 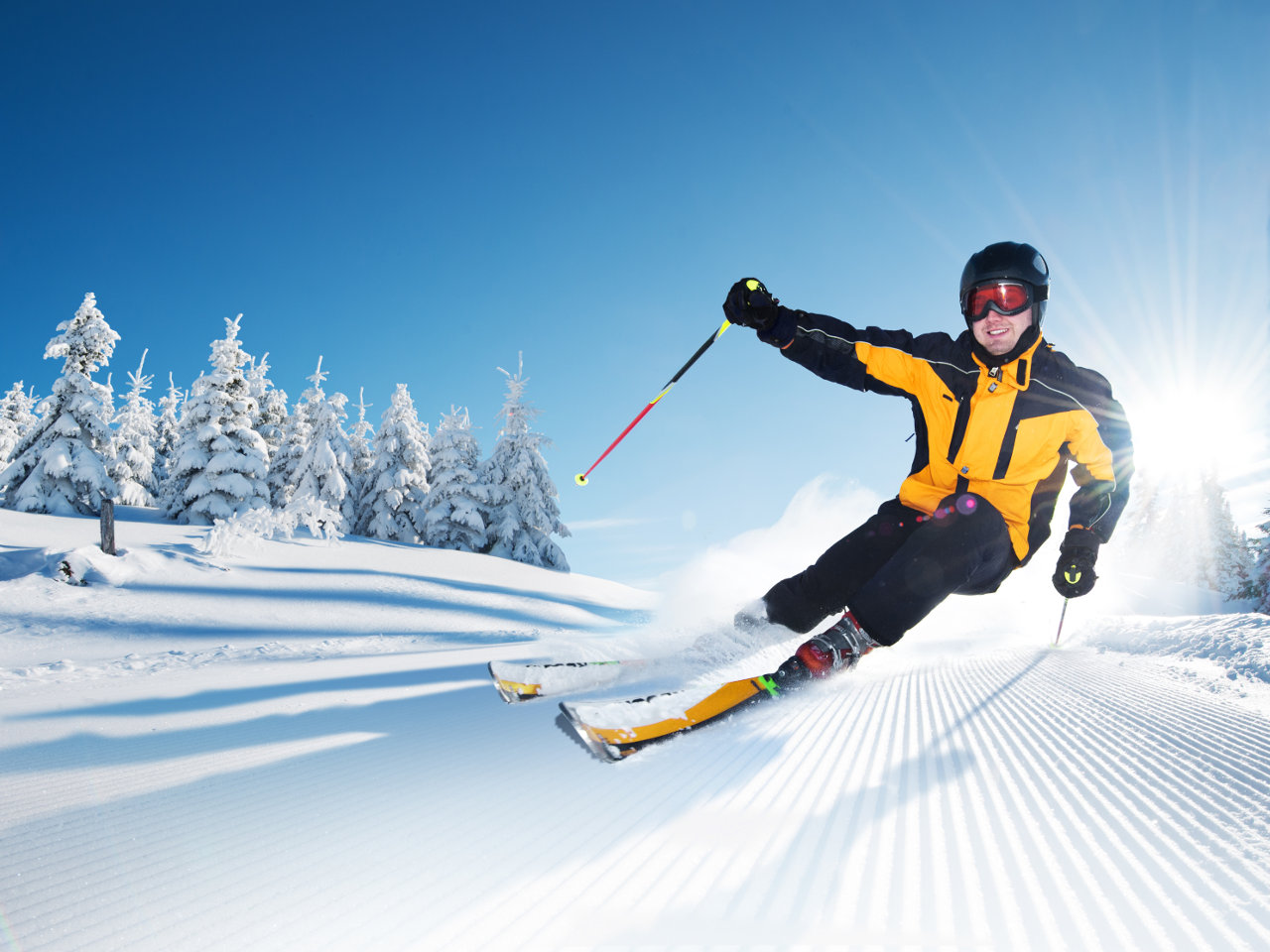 Turkey’s adventure options may be synonymous with summer, surf, and beaches, but from December to April, the mountains are most definitely where it’s at. Local snowboarders and skiers know to get their ride on at Kartalkaya resort — 3 hours from Istanbul and 1,500 meters above sea level in the Köroğlu Mountains, this is a sweet winter esacpe. Good to know: Dorukkaya Snowpark is the place to drop in for snowboarders. It’s Turkey’s only snowpark. And it’s amazing. 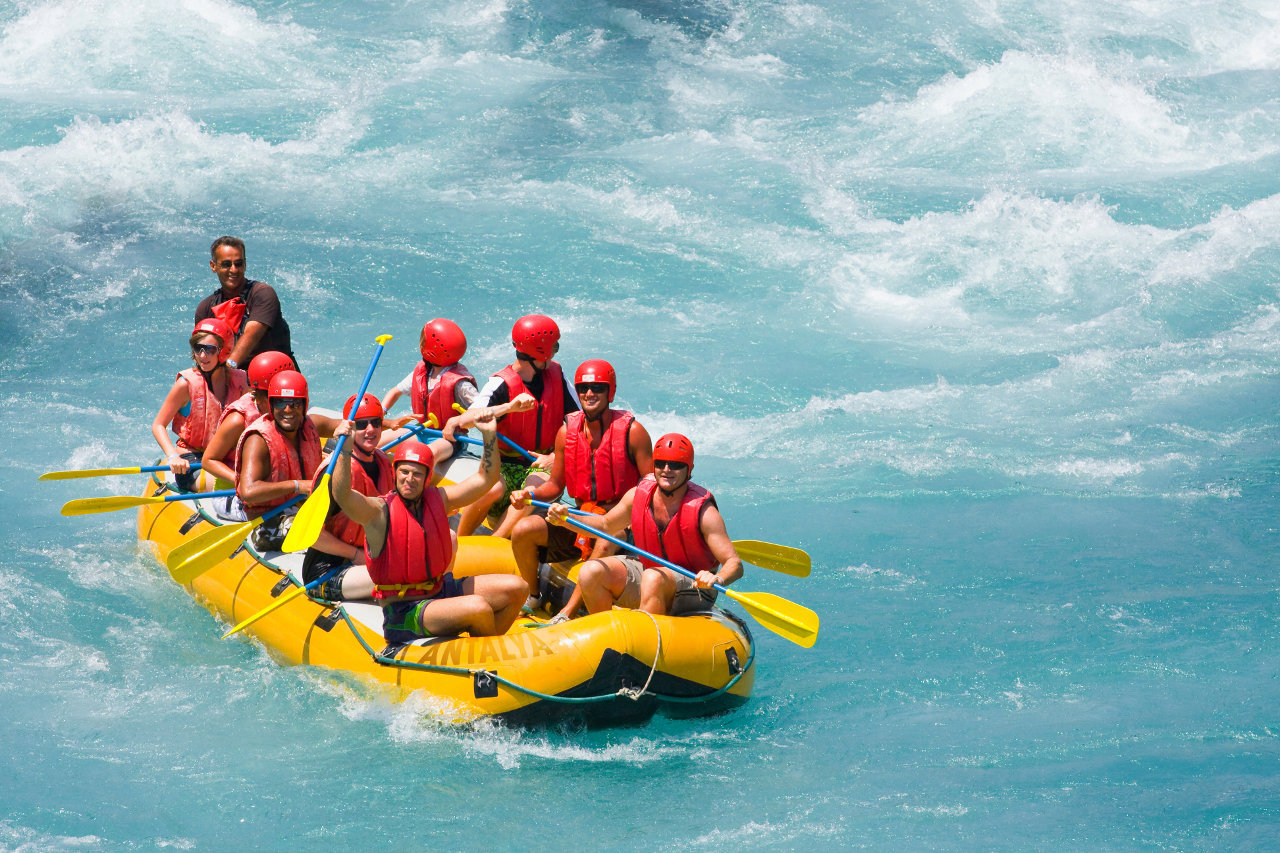 Touted as one the top whitewater rafting destinations in the world, the fast-flowing Çoruh River runs 272 miles from northeast Turkey’s Mescit Mountains right down to the Black Sea coast of Georgia. It’s a remote river that hurtles rafters and extreme kayakers through deep gorges and green valleys, past rice paddies, orchards, villages, and ruined fortresses in an area that’s been left relatively untouched by tourism.

The best — and most challenging — time of year to go is from May to June, when the mountain snowmelt flows in abundance to feed the fury of those mighty rapids. Get after it.

This post is proudly produced in partnership with Turkey Home.
Tagged
Travel Turkey Turkey: Turquoise Hunt
What did you think of this story?
Meh
Good
Awesome
✖
travelstoke
Download the mobile app
stoked by