1. Downtown is hot…and it has nothing to do with the sun.

Phoenix is at its best in its downtown heart. While some cities are just too expensive to attract working artists, and others too small to provide ample opportunity, Phoenix has struck some kind of creative gold — artists here have gifted an affordable, down-to-earth, DIY ambiance to a city center that has both character and accessibility.

Along Central Avenue and Roosevelt Row stand the oldest and most charming houses in the metro area, and the place is overrun with artists. First Friday art walks and the creatives who make them happen are the soul of downtown Phoenix, but the vibe is something that can be felt 24/7. You’ll pick up on it at restaurants like The Arrogant Butcher and Bitter & Twisted Cocktail Parlour and public spaces like Heritage Square and Civic Space Park.

2. The desert can look like it’s out to get you…until you realize how beautiful it is. 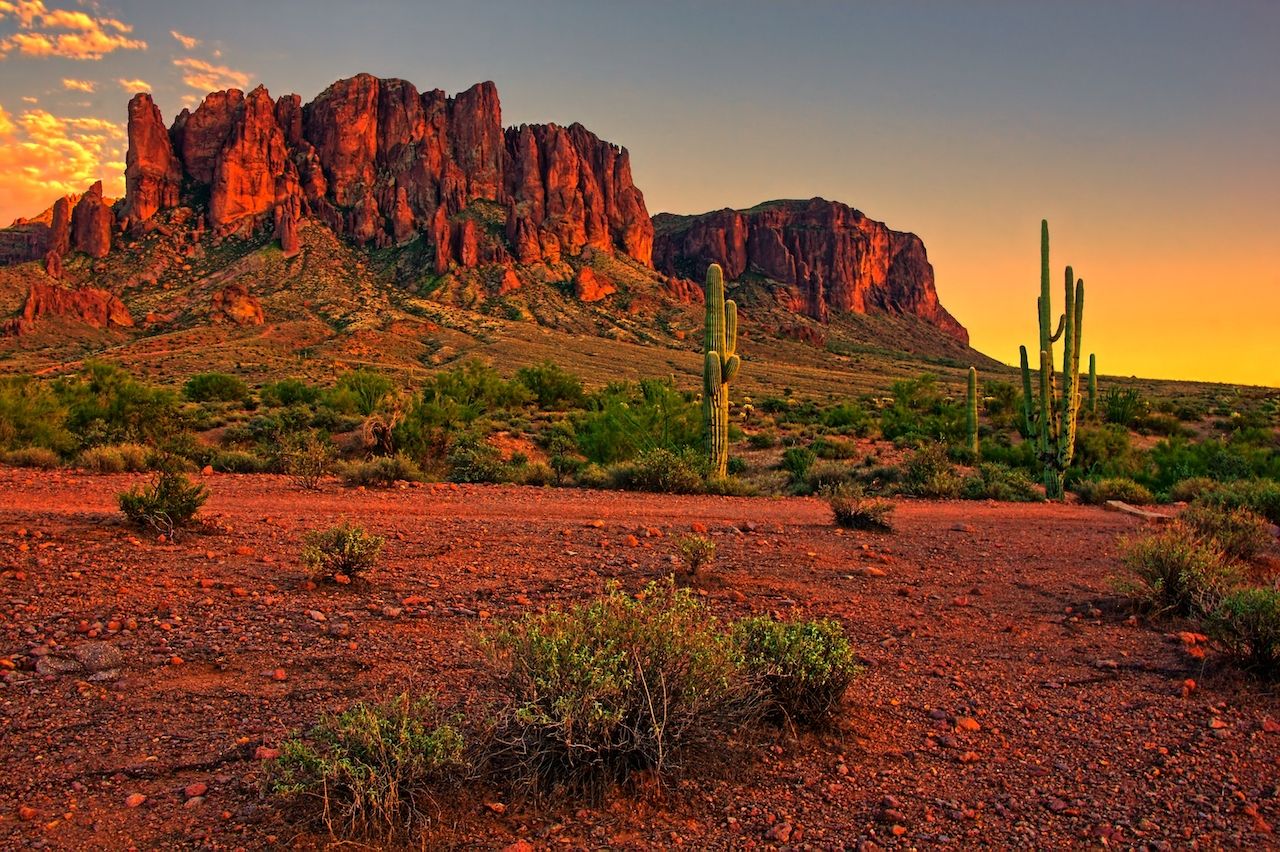 Take a look at a barrel cactus, or the prickly outstretched arms of a saguaro, and you don’t have trouble imagining how the local flora could hurt you. See your first scorpion, and it hammers home the point that you might be in the city, but the city is in the desert and the desert can poke, bite, sting, and mummify like little else.

But then you start to see the upsides to hanging out on the edge of the Sonoran Desert and enjoying sunshine day in and day out. Year-round swimming, camping, and outdoor dining are just a few. Yes, you may have to be careful not to lean in too close when smelling that yucca bloom, but when you see the desert’s spring flowers explode into even more color during one of those classic Phoenix sunsets, or watch as a cluster of saguaros is silhouetted against a clear night sky, it is all so worth it.

3. Phoenix is home to the best hot dog in the world.

The hot dog may not have been invented in Phoenix, but it was most definitely perfected here. The Sonoran Hot Dog takes the traditional hot dog, a culinary great start, and carries it over the finish line with a thicker bun, bacon, pinto beans, jalapeño sauce, and chopped tomatoes. From this point on, staring at a normal hot dog will bring you all the satisfaction of staring at a grape while jonesing for a glass of wine.

For more unexpectedly awesome dining options, check out our guide to tasting Phoenix.

Phoenix is the reality that proves the cliche — there is such a thing as a dry heat. The logic goes that due to the lack of humidity, the desert is dry and therefore less imposing than other hot climates. Come May, when the mercury hits 90 degrees, this is absolutely true. It’s the most pleasant 90 degrees you could imagine, perfect for a hike at South Mountain or Lost Dutchman State Park.

5. Sometimes getting outside means breaking a sweat — other times it just means shopping.

Depressing fluorescent-lit storefronts and kiosks selling cold pretzels are what most people think of when they picture the quintessential shopping mall, but here we’ve turned it into something different. Places like Biltmore Fashion Park take “shopping” and turn it into a social affair. Enjoy dinner with friends, check out dog-friendly stores with your four-legged buddy, catch a yoga class, and, of course, get your fashion fix.

But if you’re really craving some air conditioning and want to shop in a traditional indoor mall, you can’t do better than Scottsdale Fashion Square, the largest mall in the Southwest.

6. Rainy weather can be the best weather.

Phoenix averages 7 inches of rain per year — precipitation here is an absolute novelty. When the rain does come down, it’s a major event from which no one wants to be excluded. It’s fleeting and cooling, and if you’re stuck inside, you’ll actually be upset that you missed it. Instagram explodes with photos of riverbeds that actually have water in them. Facebook is deluged with comments of the deluge … even if it’s only a drizzle. It’s not uncommon to have friends ask, “What did you do when it rained two years ago?”

And that’s not even mentioning the lightning storms. Yes, they’re as awesome as they look. 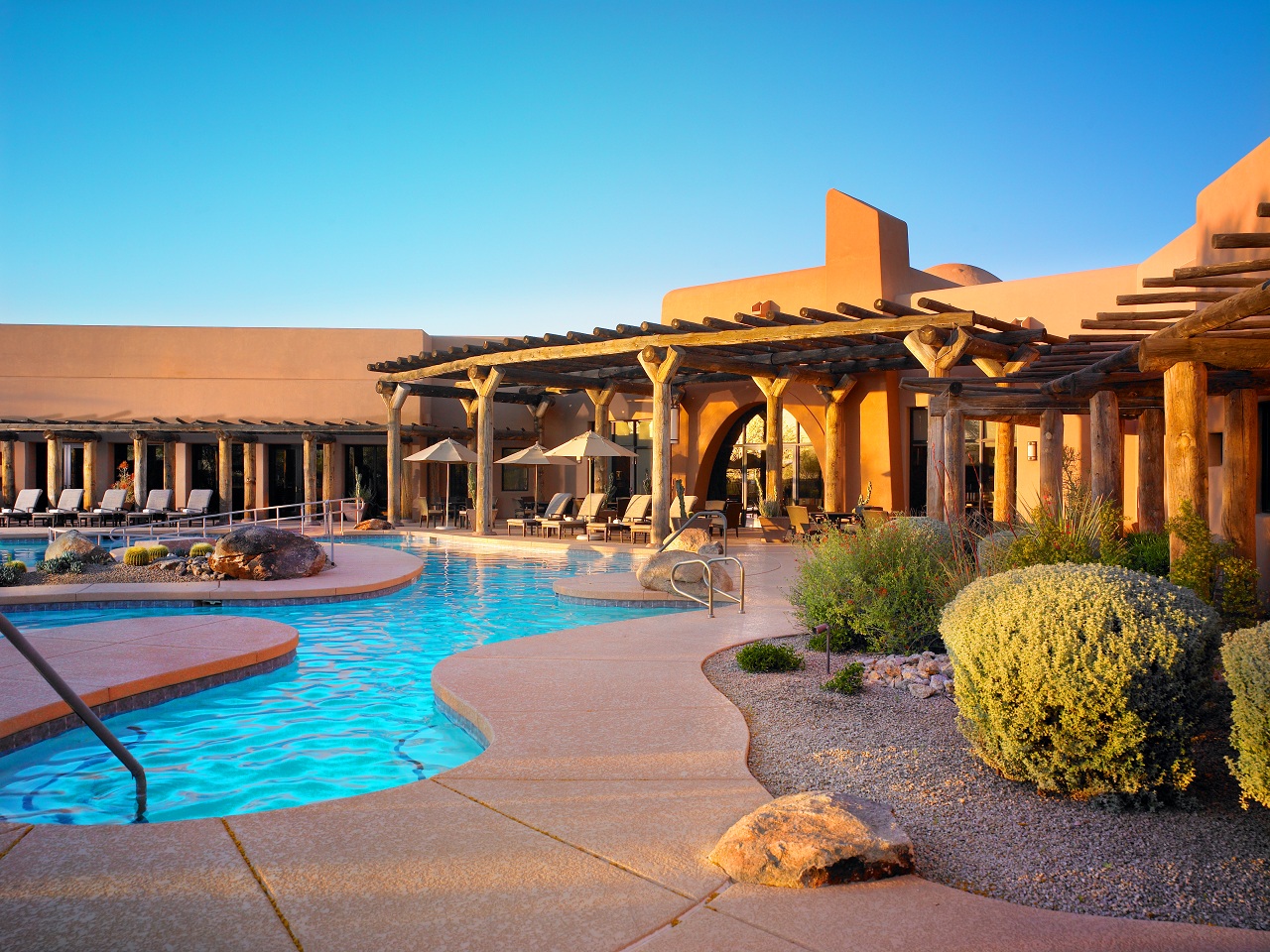 There’s so much to be done outdoors in Phoenix (check out this article for more ideas) that it’s important to build in some time for relaxation on any trip. Those options are equally broad, but never more so than in summer, when tourists tend to head out and businesses run killer specials (this means fewer crowds and cheaper prices) to entice the locals.

Want to drink like a fat cat? We’ve got some of the rarest scotch in the country, and you can sip it while being serenaded by a bagpiper. No idea what a spa treatment from a Native American healer might feel like? You can find out here. Or combine outdoor adventure and relaxation with a sunset float down the Salt River.

Cactus League Spring Training is a big deal. A big deal. Every March, 15 MLB teams and millions of fans (1.9 million in 2016, to be exact) come to Metro Phoenix to get geared up for baseball season. For about five weeks, the area is completely taken over by the energy created by this veritable movement. It’s an experience you’re not going to have elsewhere.

That being said, the end of March is hardly the end of baseball season in Phoenix. Catching the Diamondbacks playing a home game is a draw in and of itself, partly because of Chase Stadium. It’s air-conditioned, with a fully retractable roof, and there’s even a swimming pool in right-center field. Note: That’s one luxury ticket item that doesn’t get insanely cheap during summer — but if you can find 34 friends, you can rent it for $100 apiece during the next game.

Make no mistake: Phoenix is a big city. It’s the sixth-biggest city in the nation, the most populous state capital, and the only capital that has over a million residents. It’s not just a city in the desert — it’s a powerhouse.

And with powerhouse status tend to come new buildings, bigger buildings, and that steel-y, metropolitan feel that often lacks character. Not here. Phoenix holds onto its Midcentury Modern look in places like Hotel Vally Ho, the David & Gladys Wright House, and the Melrose District. Think Palm Springs in the ’60s and ’70s, oranges and greens, the set of Mad Men. We may be a powerhouse, but we’ve got that colorful edge, and there’s far more here than meets the eye.

This post is proudly produced in partnership with Visit Phoenix.
Tagged
Insider Guides Phoenix, AZ, United States
What did you think of this story?
Meh
Good
Awesome