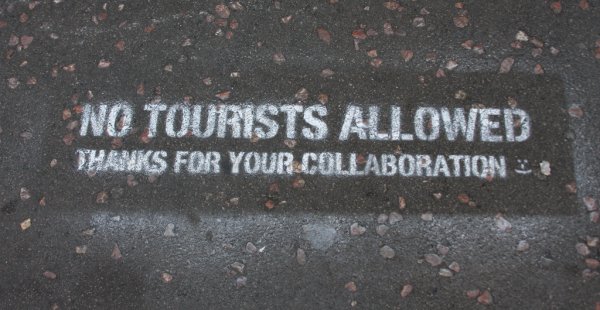 La Rambla, Barcelona’s once-glorious pedestrian avenue, sucks in most visitors to the city, but there are plenty of good reasons to steer clear. Here are some suggestions for avoiding the tourist crowds, and the petty crime they attract, in the Catalan capital.

This nook is easy to miss. But don’t let the cigarette smoke and cooking fat fumes that waft from behind its backstreet brown doors intimidate you. La Cova Fumada is the best seafood tapas bar in Barcelona, where local dock workers and fishermen come to grab a quick snack and hurl good-natured insults at one another.

At lunchtime, the harassed waiter turns a deaf ear to any drink orders that don’t involve red wine and the female kitchen staff (who look as if they’ve been wrestling in olive oil) wipe sweat from their brows with the tea towels. 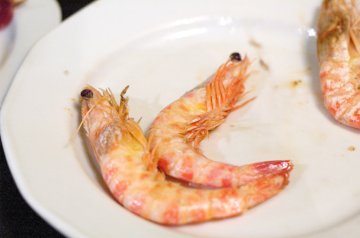 From their tiny workspace, they turn out plate after plate of crispy grilled sardines, succulent octopus, bacalao in tomato sauce, and the house specialty of patatas bombas — fried potato balls smothered in a fiery garlic and chili sauce.

There are no frills, no menus, no reservations, no credit cards, and no English-speaking staff. Consequently, prices are about half those charged on La Rambla.

Guess what — Gaudí’s Parc Güell isn’t the finest green space in the city. Okay, so it’s easy on the eye and studded with delightful architectural eccentricities, but unless you’re the first to sprint through the gates at 10am, all your photos will be full of strangers’ elbows.

Instead, take the number 28 bus from Plaza Catalunya and stay on until the last stop — even if helpful pensioners frantically try to shoo you off at Parc Güell. From the bus stop, follow the road to the end and you’ll be in Parc de Guinardó, a sprawling municipal space that hardly anyone uses.

Ascend woodland paths to the top of the hill for a panoramic view of the city all to yourself.

Swimming pools don’t get better than this. 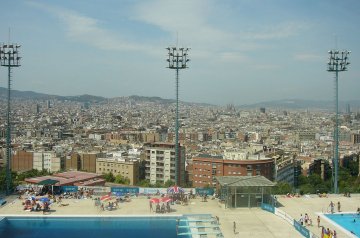 Built to showcase the city during the diving events of the 1992 Barcelona Olympics and used by Kylie in her video for “Slow,” you can enjoy a prefect view of the city while doing your laps.

The pool may not have much in the way of amenities, but with a setting this good, it’s hard to care.

Tucked away in the Barri Gòtic, Caelum is the place to go for a sugar fix when you’re weary of walking. They sell products made by nuns and monks from around the country and the two-floor teashop has a superb collection of cakes.

For any marzipan lovers wondering what heaven looks like, this is it.

Beaches: Get out of town

Only tourists go to the beach in Barcelona. 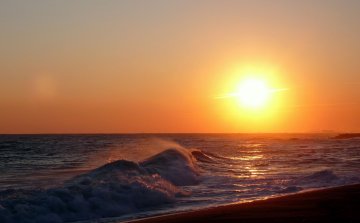 If you spot a Catalan, it’s most likely they just haven’t made it home to bed yet.

Those in the know head farther up the coast. If you’re on a budget, a simple city metro ticket will take you to Montgat, a wide, sandy beach with safe swimming. 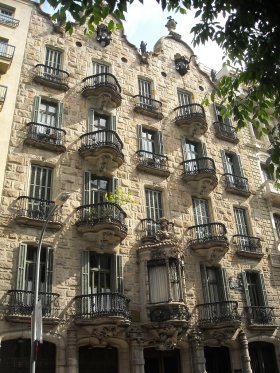 Want to check out the interior of a Gaudí building but avoid the queues for tours of La Pedrera? Why not grab dinner in one instead?

Restaurant Casa Calvet opened its doors in 1994, having converted the offices and boardrooms of a building Gaudí designed for a local textile manufacturer into semi-private dining rooms. It isn’t cheap, but then it’s not every day you get to dine inside a work of art.

Main courses can be a bit hit and miss, but the mango tart with pepper ice-cream and yogurt sauce is a sure thing.

There’s no denying that this world-famous concert hall and bastion of Modernist architecture is a tourist attraction, and deservedly so. To separate yourself from the hordes and see it in all its glory, attend a concert. The building is even more gorgeous inside than out. 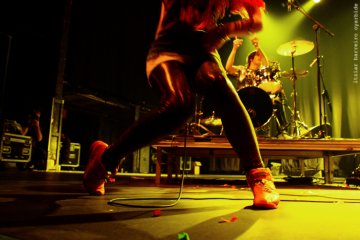 You need stamina for clubbing in this town. If you want to party like a local, take a disco nap in the evening, begin a leisurely dinner around 10pm, and don’t even think about going to a club before 2:00 in the morning.

When you do, head for Razzmatazz.

Housed in an old factory, ‘the Razz’ is massive. Its five different dance floors play everything from indie and rock to electronica and pop.

There are frequent live music offerings as well.

For more smart travel tips on the Catalan capital, be sure to check out Matador’s Green Guide to Barcelona and the Top 5 Ferias in Spain.

The Matador community blogs are filled with travelers’ takes on Barcelona. Sample different perspectives with:

The best place for lunch in Barcelona: Outdoor Markets

LAUGHS AT THE LONDON BAR – Barcelona