Lindsey and I are driving at a speed of 120km/hour, along Route 1 — Iceland’s “Ring Road,” a single paved road that wraps around this chilly island. We’re driving about 30km over the allotted speed limit. Oops. But it’s all in pursuit of an important mission:

Today, we are hiking on the glacier where Game of Thrones is filmed.

We could have climbed Sólheimajökull, closer to Reykjavik, and squeezed in more local activities, but our trip serendipitously coincides with the filming of Game of Thrones’ third season. So my best friend Lindsey and I head five hours southeast. Maybe, if we’re lucky, we’ll run into the darkly handsome Kit Harington, or Rose Leslie, one of the coolest female characters on the show, portraying the cheeky Wildling, Ygritte. Better yet, perhaps we’ll end up in the background of a scene involving the murder of our favorite character, or play extras during a first encounter with the White Walkers, and seal our fate as ultimate Game of Thrones fans.

To capture the hauntingly isolated world beyond the Wall, location scouts chose the Svínafellsjökull glacier tongue, which extends from the the massive Vatnajökull glacier, the largest in Iceland. 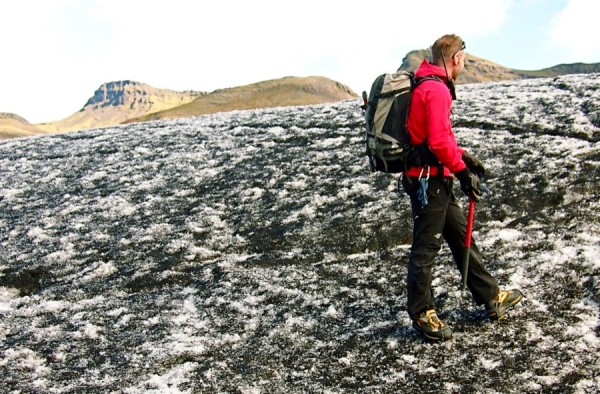 In the series, Jon Snow prides himself on “taking the black” by joining the Night’s Watch, a league of men revered for their chastity and courage. I’m not about to replace a lifetime of not having sex with risking my life for the Seven Kingdoms of Westeros, but I am curious about the lifestyle these men lead under such wintry conditions.

Traveling to Morocco to see the beautiful Daenerys Targaryen play the Mother of Dragons would have been pleasant, or even scoping out the city of Belfast, to grab a drink with the clever Tyrion Lannister and attempt to slap Joffrey Baratheon in the face, would have sufficed. Of all the Game of Thrones filming locations to stalk, I had to choose the coldest one.

The production team was wise to choose this particular glacier as a filming location. The size of the Vatnajökull glacier provides ample space to shoot a variety of scenes in one place, while remaining undisturbed by one of Iceland’s major tourism products — geologic hikes.

I sort of feel like a member of the Night’s Watch as my group of six travelers ascends the glacier, searching for harm against the kingdom I’ve sworn to protect. It would be cooler to be a Wildling though, scavenging for food, scouting for shelter from storms, and being an overall badass nomad. It’s only September, but “winter is coming.” The sun is bright, but the ground of this glacier is hard and icy, and the wind is strong, stinging my cheeks. Today, we are the only group hiking on Svínafellsjökull. I can’t help but think — if we suddenly encounter a band of White Walkers, will we survive? 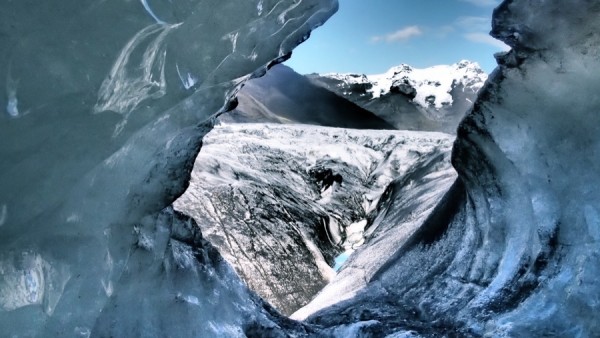 Jan, our glacier guide, has shown us how to attach our crampons, use our ice axes, and the correct way to walk up and down steep glacier slopes. He’s a spritely fellow from the northwestern region of Iceland, but even though he claims his upbringing was isolated and “nothing special,” he speaks five languages fluently and his knowledge of Icelandic geology is beyond extensive. If he were a character on Game of Thrones, he’d have a mix of Petyr “Littlefinger” Baelish’s wit, Robb Stark’s courage, and Jaime Lannister’s good looks (minus the penchant for incest, I hope).

He leads us to an area of the glacier that is more blue than the dark gray, snow-crusted ice further below. It is a hole, formed from melting ice.

“Glaciers are constantly changing,” Jan tells us. “I never see the same formation twice. This hole will be gone in a few days.”

An ice hole could prove a helpful fortress against potential harm beyond the Wall, I think to myself. The black-clad rangers of the Night’s Watch are unable to blend into their surroundings — in my dark parka, leather boots, and bushy fur hat, I’m as screwed as they’d be. Dressing warmly is key, because this far north in Westeros, it’s always cold, and prophecies hint at the weather only getting worse. But if Svínafellsjökull continues to melt and change, Game of Thrones may have to take a cue from the Wildlings and relocate well above the Arctic Circle.

I’ve never seen blue ice before. Any sort of ice I find back home in New York is clear, lifeless. The blueness is the breath of the glacier. Jan leads us through caverns and crags, and I can hear it breathing. 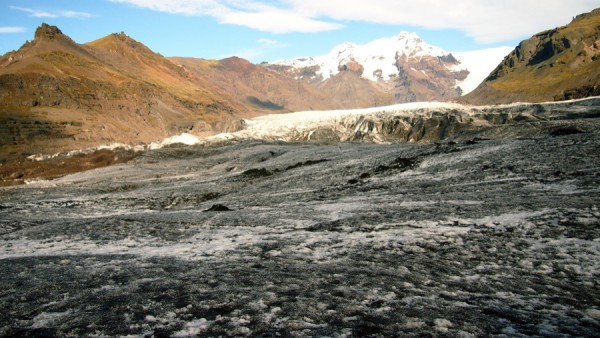 Svínafellsjökull is still; the sound of our crampons crunching across the surface is all I can hear at times. Any indication that Game of Thrones is filming on this glacier today is well-hidden — and, I suppose, with good reason. Such a major film project need not be bothered with tourists in search of a once-in-a-lifetime Icelandic experience.

Although, I’m secretly hoping a scout spots our diligent clan and asks if we want to be extras for a day. I’ll gladly walk around wearing 20lbs of black fur, leather, and feathers at the Night’s Watch camp, or play a motionless Wildling, victim of a White Walker attack. What’s that? Kit Harington has asked me to dinner after the shoot?

Well, a fangirl can dream.

Tagged
Entertainment Trip Planning Iceland
What did you think of this story?
Meh
Good
Awesome

The 11 Sexiest Live Shows Las Vegas Has To Offer
Every Roller Coaster at Cedar Point, Ranked
5 Must-Visit Music Venues Off Nashville’s Main Drag
The 8 Best Movies and Shows To Watch Before Going To Paris
Southwest Passenger Creates a Fake Person To Keep Anyone From Sitting Next To Him