View all travel news
Top Destinations
Top CitiesView All Destinations
Trending Regions
Trending Cities
Load More
As part of Matador’s partnership with Canada, where journalists show how to explore Canada like a local, Cody Forest Doucette finds Nahanni National Park so massive, even by float plane you just can’t take it all in.

VERY FEW PLACES IN THE WORLD are more wide open for adventure than in the Northwest Territories of Canada, with the epicenter at Nahanni National Park Reserve. Nahanni was one of the first areas declared a UNESCO World Heritage Site in 1976 and its remoteness, wildlife, and almost mythical size (the park area is bigger than Switzerland; Virginia Falls is twice as high as Niagara) attract adventurers of all types.

On our trip, for example, I met everyone from a group of canoeists in the middle of an epic 4-month paddling expedition from Alaska to Hudson Bay, to summer tourists from around the world, to bush pilots, to the First Nations and frontiersmen who call the area home.

This aerial gallery, shot from the copilot’s seat on a beautiful 1948 Piston Beaver operated by the crew at Simpson Air, is the first of several forthcoming pieces at Matador. Stay tuned for forthcoming works dedicated to the landscape, history, and people of the Nahanni. Enjoy the ride. 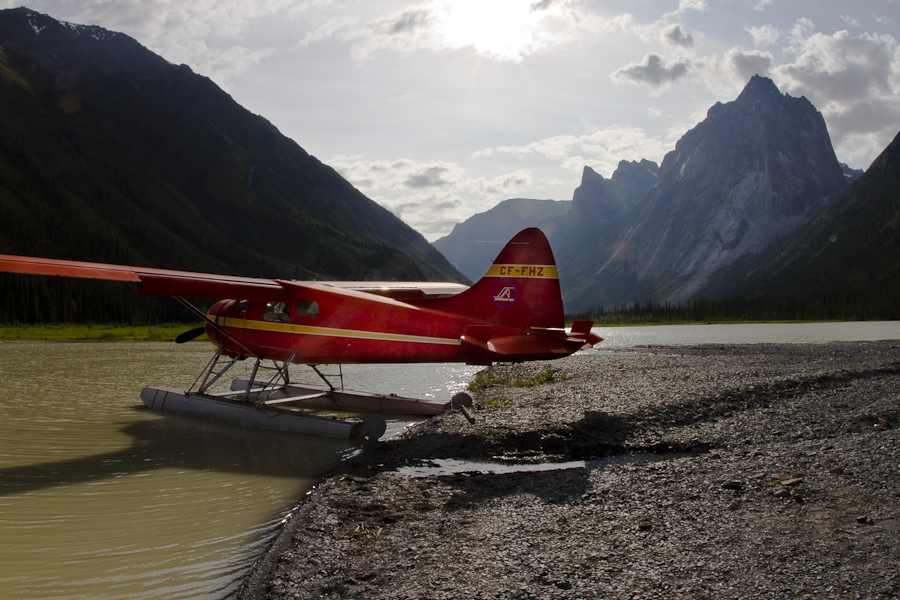 Glacier Lake is tucked up against the northern end of the park against the granite spires of the Ragged Range, just below the Cirque of the Unclimbables. The varied geology existing throughout the Nahanni region is unlike anything I've ever seen: granite spires and limestone walls separated by one river valley. The plane is a 1948 Piston Beaver, one of the most iconic bush planes ever made. 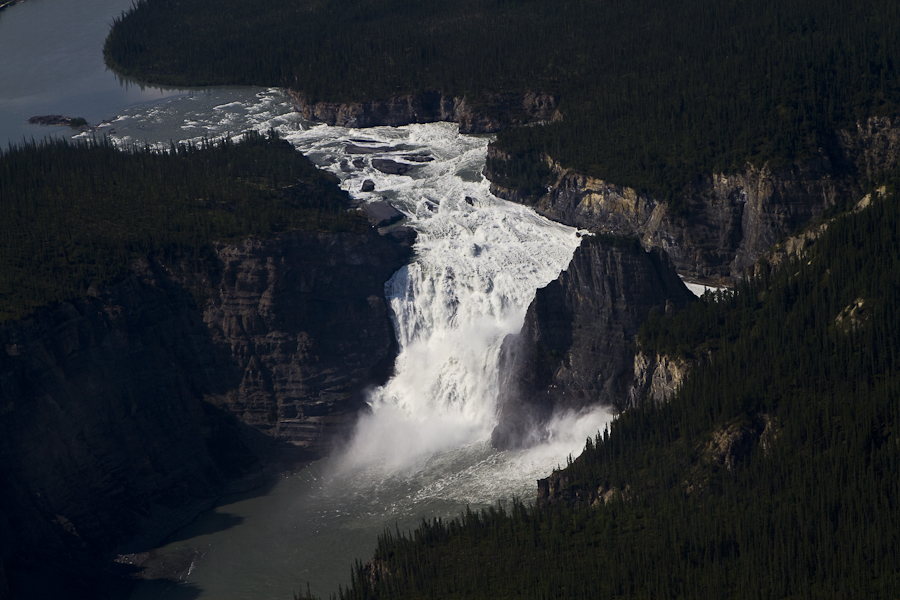 Náilicho is the native Dene people's name for the falls meaning 'big water'. The river goes from a smooth surface where float planes can easily land to a 297ft (90m) drop, over twice the size of Niagara Falls. It's one of the most impressive displays of power I have ever seen. 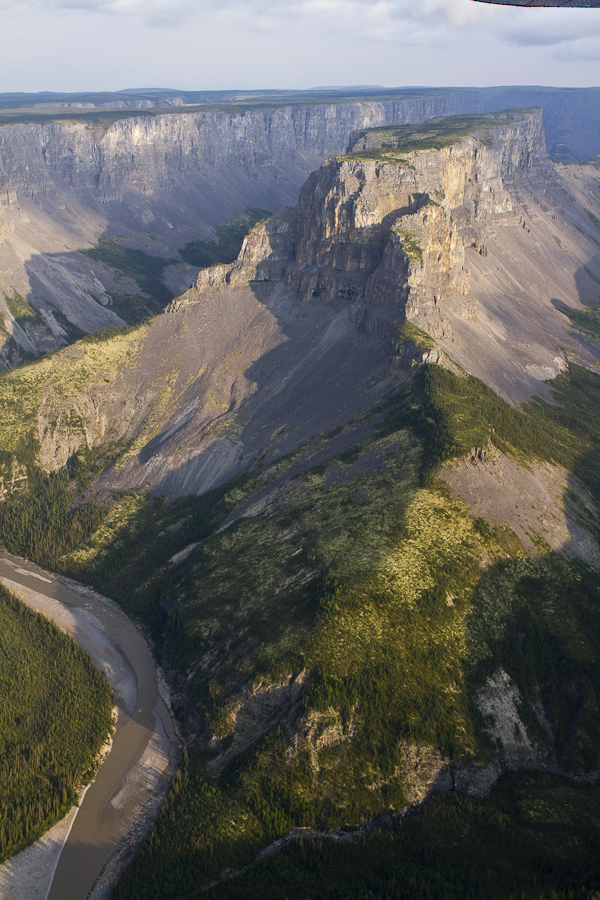 The limestone massifs of the Ram Plateau were untouched by the glaciers during the last ice age. The sheer walls and flat tops which characterize the area are the result of eons upon eons of relentless erosion. 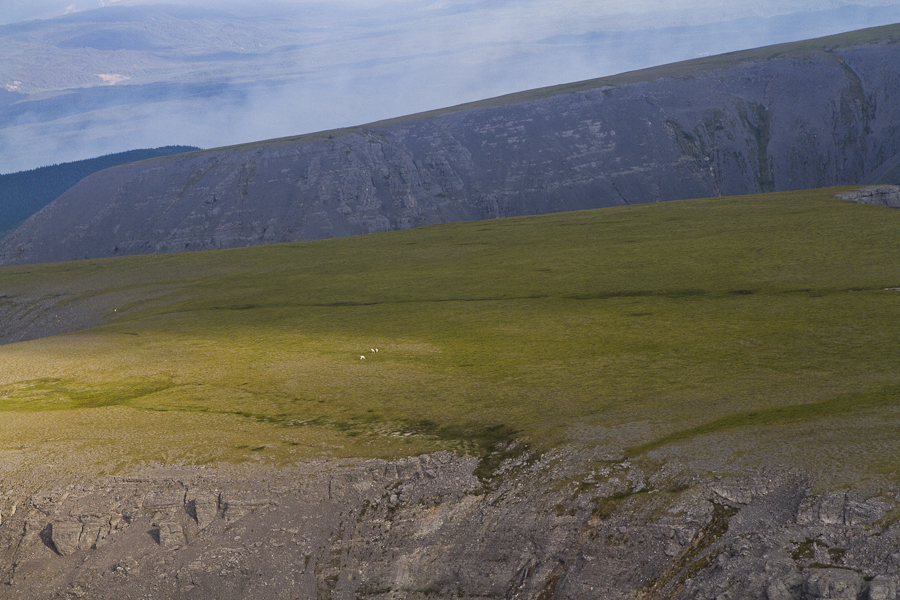 A small family of Dall sheep graze on the roof of the Ram Plateau. The walls provide sanctuary from predators and the flat limestone-rich soil produces an abundance of grasses and berries. 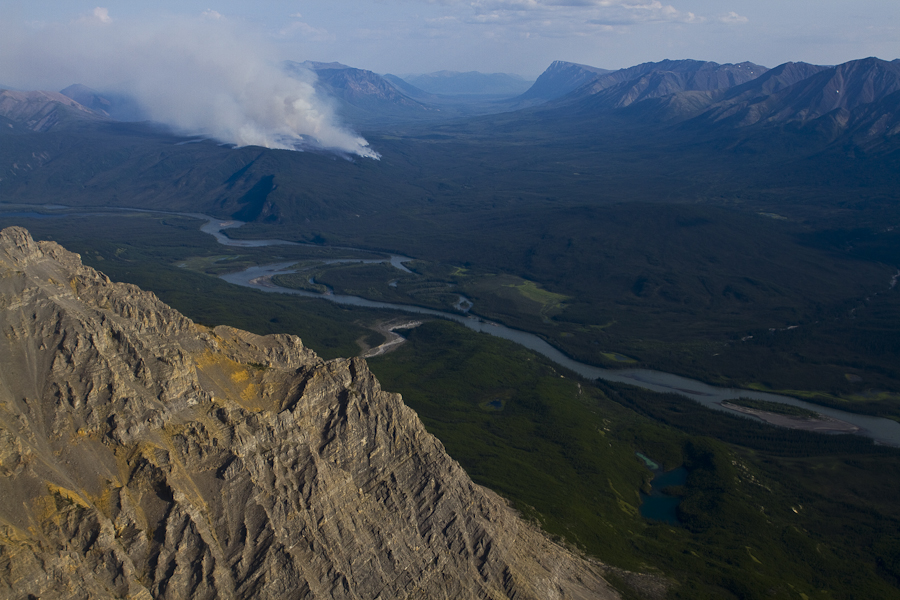 Fire above the South Nahanni

A forest fire burns on the horizon above the Nahanni River. Fires are an expected and important part of any ecosystem. The park staff keeps an eye on them with help from local pilots but they are left alone. 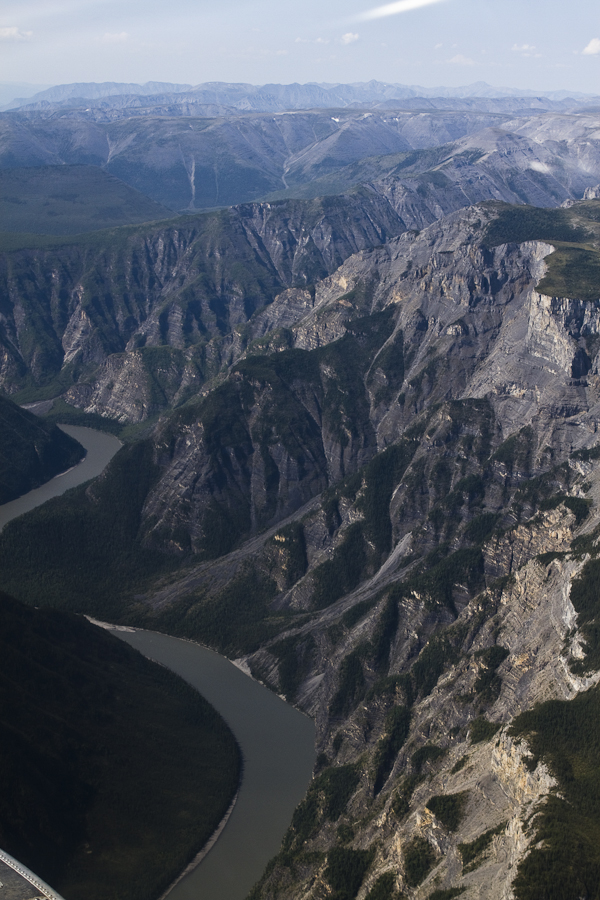 First Canyon is the deepest of the four canyons on the South Nahanni. The walls rise almost 4000ft (1200m) out of the water. 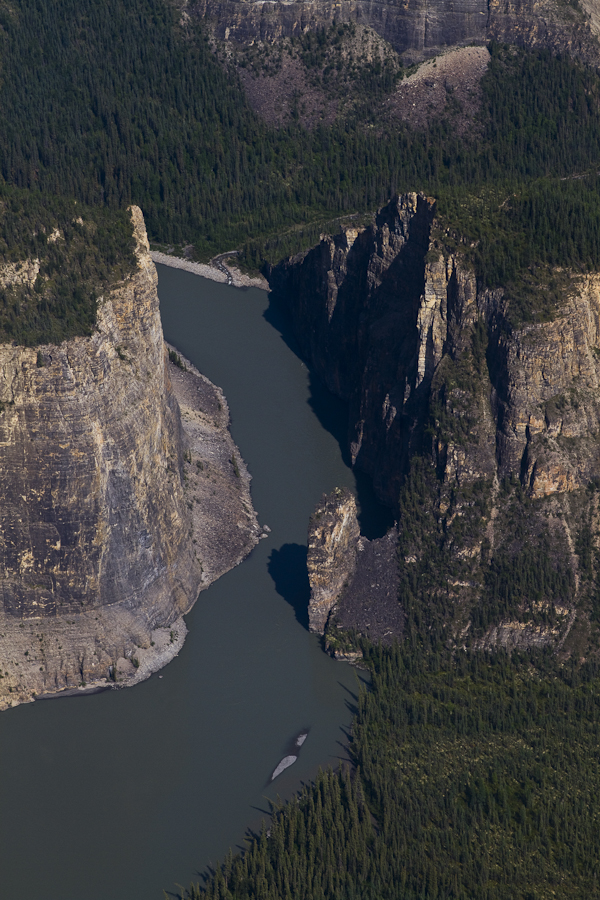 The South Nahanni passing through the area known as 'The Gate' with 'Pulpit Rock' seen in the center. Known as Tthetaehtlúah to the Dene, the place has always been of great spiritual significance, and from the conversations I had with people who had climbed it during their time on the river, it still does. 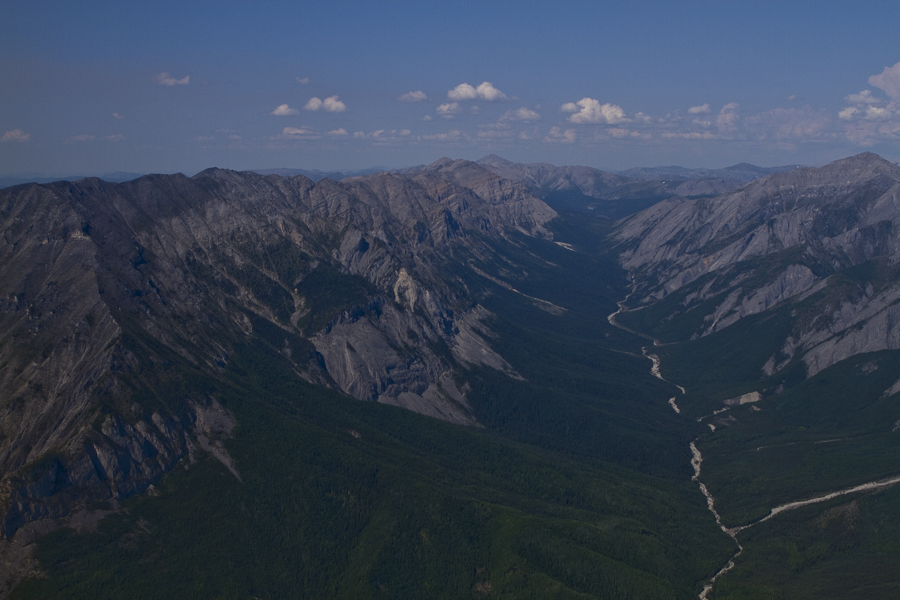 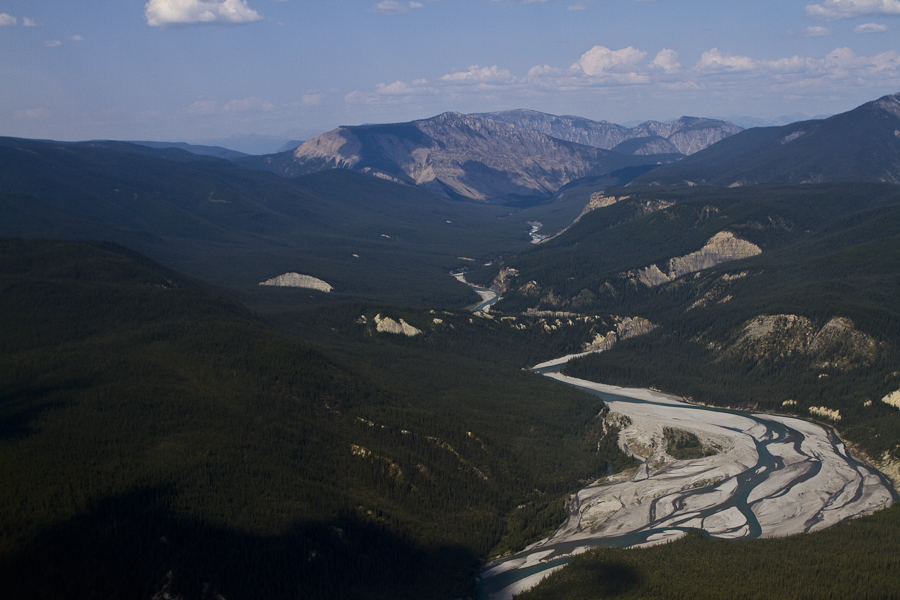 The South Nahanni is full of mystery and legends. My particular favorite was the story of how the Naha Dehe people who once lived in this mountainous region, and whom the park is named for, were driven south by the more populous Dene tribe for stealing too many of their women. The Naha Dehe fled south where over the generations they became known as the Navajo. Apparently oral history and language similarities support this story. 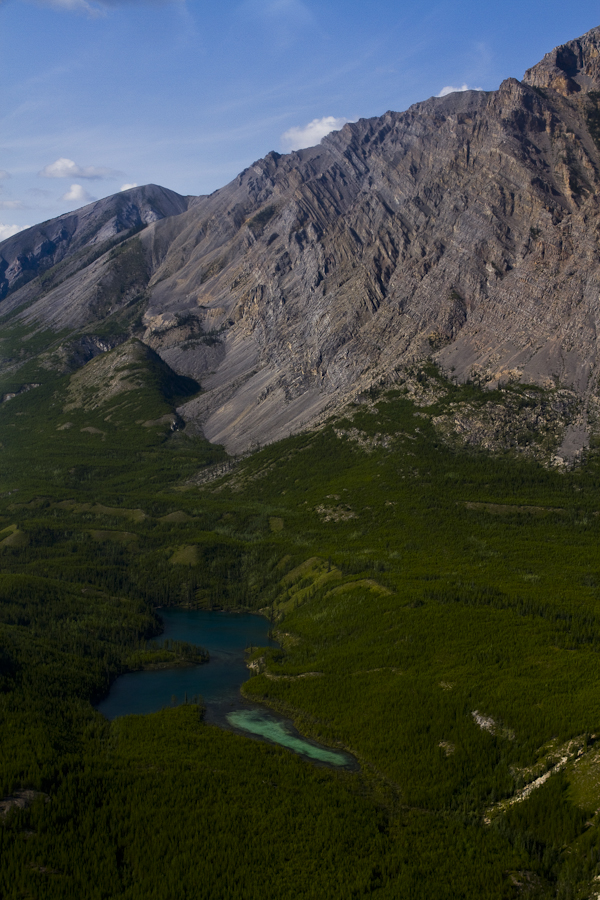 A small, crystal clear lake sits at the base of a South Nahanni peak. 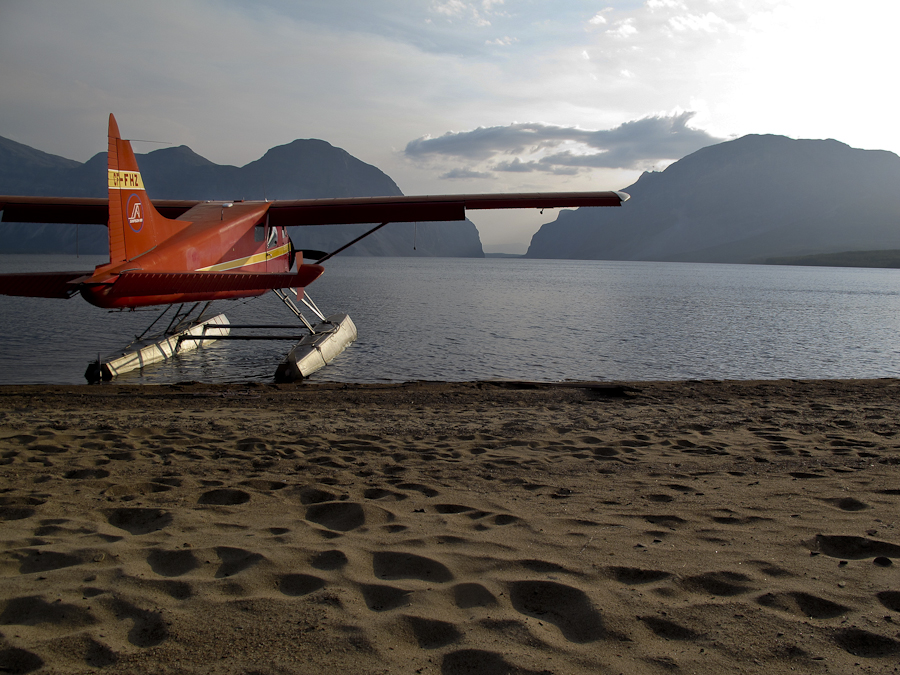 Our float plane, a 1948 Beaver, on the beach at Little Doctor Lake as we all take in the sunset. 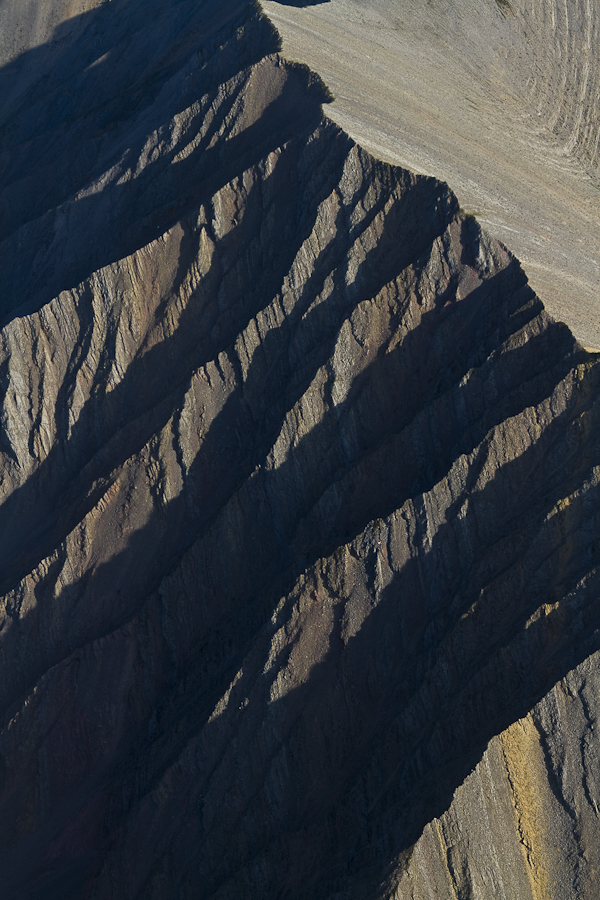 The late evening light lingers a long time during July in the north, painting the barren peaks of the South Nahanni with light and shadow. 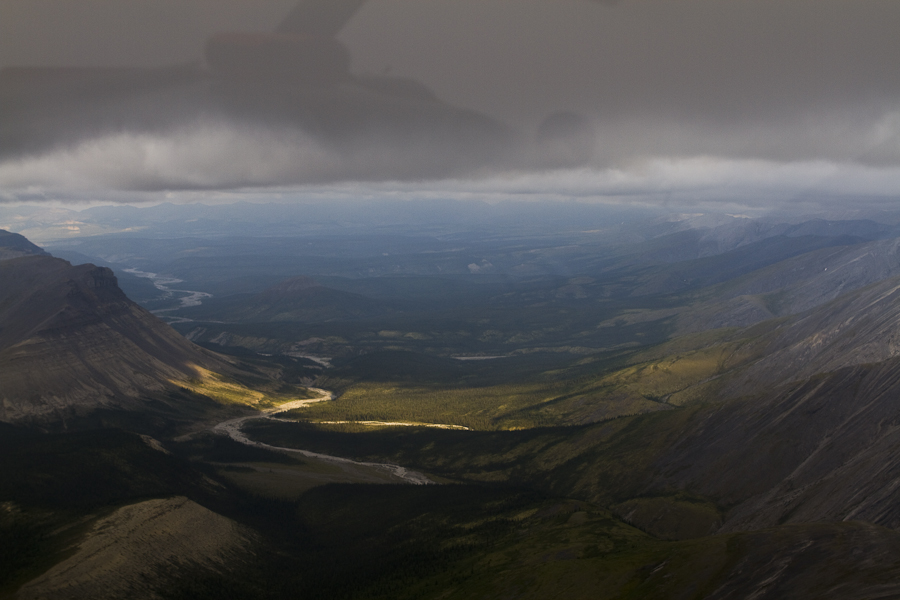 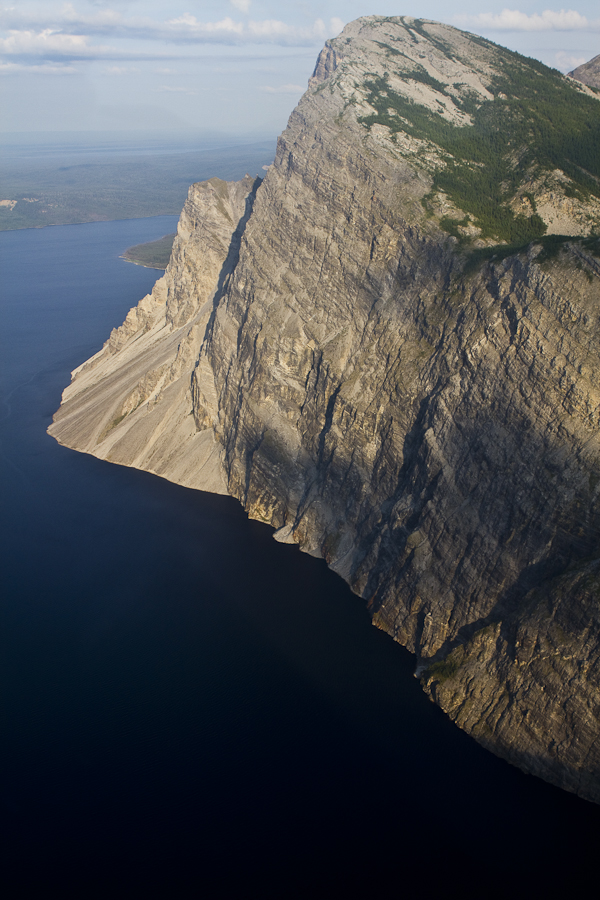 Little doctor Lake sits at the southeastern edge of Nahanni National Park. It literally straddles the boundary between the glaciated flatland of lakes and marshes and the ancient, rugged limestone peaks of the Ram Plateau.

Tagged
Outdoor Northwest Territories, Canada
What did you think of this story?
Meh
Good
Awesome
✖
travelstoke
Download the mobile app
stoked by