“GO TO NICARAGUA INSTEAD,” is usually what I heard from friends who are on the same sort of world travel program that I am, generally for heavy waves.

But at the same time I would also hear about “the welcoming locals,” and people really enjoying themselves, and the incredible beauty, and usually when you hear positives on a mass level, it’s because there are cool elements.

I had this two-week time frame laid out kind of because my girlfriend and her vacation break, but also because I was ready to pack the bags and make a move to some warm waters. We had criteria of warmth, jungles, animals, and waves. Tahiti, Fiji, Indo, Central America, Ecuador, and the Caribbean were all on the list. A solid string of swells heading toward Central America and not any of these other places put Costa Rica in the headlights, so I made the plans.

It seemed like the right time to finally go there, and not saying I didn’t want adventure, but ease of travel sounded appealing during this kind of short time frame. Also, Easter plane ticket prices were ridiculous to the point Costa was the only place I didn’t feel completely bent over buying a flight to.

We did have one incident down on the Osa Peninsula. We were staying at a guesthouse in an area where most properties have a rental cabana or two on them, in the ultra thick jungle. It’s usually dead quiet out there, just the jungle noises.

Not this night though. It was our first night there and on the property next to us, about 200 feet away in a guesthouse we couldn’t see because of the jungle thickness, there was a small crew of Costa Ricans raging. They were partying hard, had to have been up on the coke, and turned this quiet jungle into a rave zone with their sound system, absolutely blasting music into the late late hours, yelling and screaming. It was lame.

It had been going on for hours… then there was a loud argument, followed closely by a single gunshot. After which it quieted down. This is an area with very few people around so it was pretty sketchy. I don’t know what happened, but there was nothing to do but try and sleep, keep an ear open and a crude weapon nearby.

I saw them the next day and these guys looked scary, pale with bloodshot eyes after a long night on drugs and booze. Dark energy. We went and found a spot a mile away so we didn’t have to be around that again and the rest of our stay there was epic.

All in all Costa Rica is what you make of it I figure, as with any place. Sure, tourism has taken its toll; lots of things are catered for the gringos in areas making it really expensive for Central America. Petty theft is a pain in the ass, to the point you can’t leave anything in a car or on the beach lots of places.

But get out of these hubs and there is pristine nature, waves, plenty of friendly people, Pura Vida. 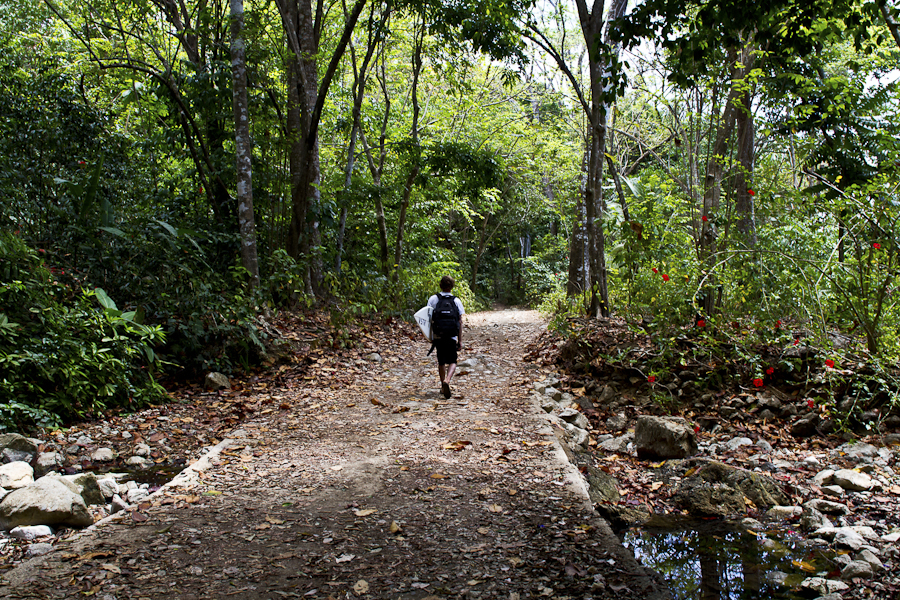 I've always traveled to get away from stuff and into more of the unknown; Costa Rica always seemed the antithesis of that. I would hear about the place from my friend's white bread parents or from people going there on their first trip abroad, people going for the ease of being able to get by with English and U.S. dollars, people going because it's safe, people going to buy their tropical dream home during Costa's real estate boom, all making the place somewhat of a tourism overload victim. 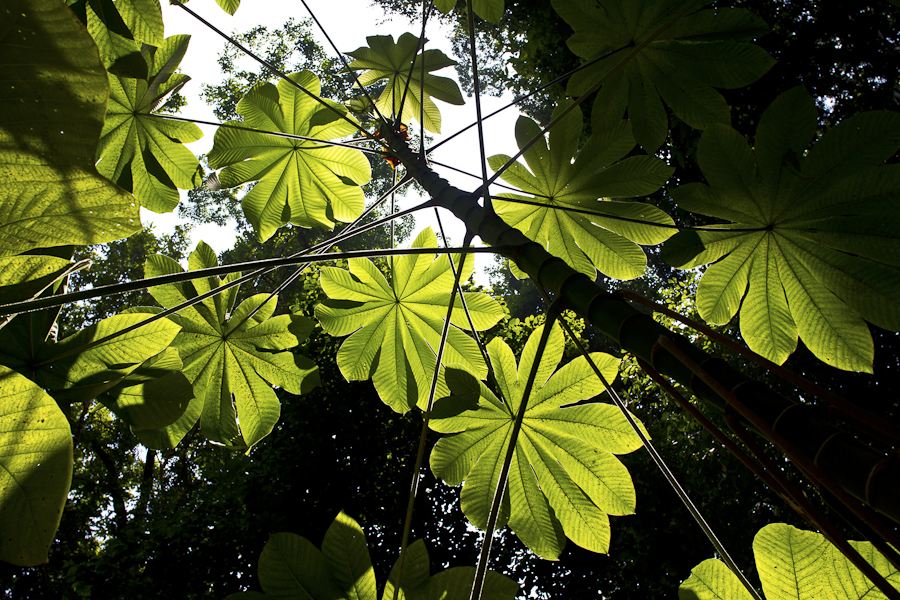 One of my good friends - a botanical enthusiast - went and didn't even surf, and had a great trip just wandering the forests. He told me they were worthy of a visit just to see. A couple of the waves I'd been hearing about the past couple of years were getting surfed, which perked my interest in that category as well to put Costa Rica on the list of potential places to visit. 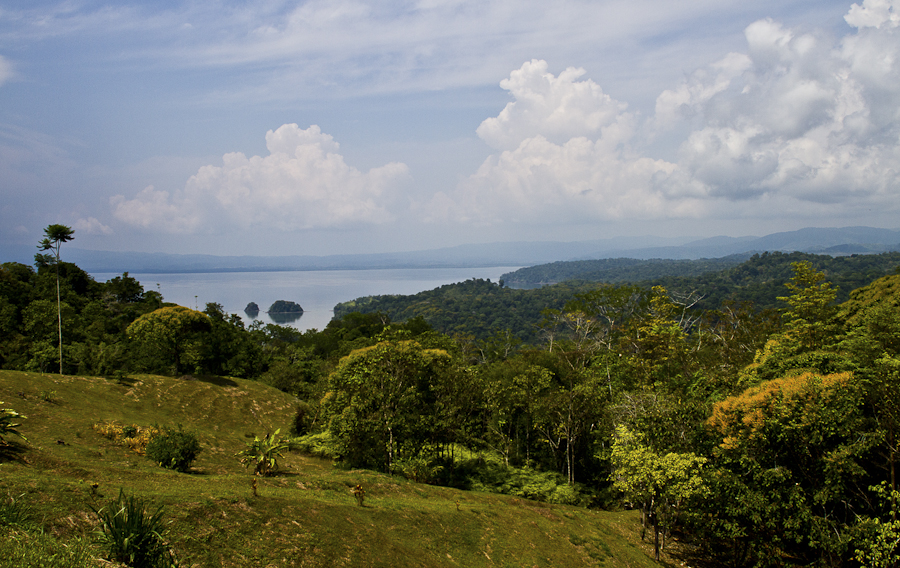 My friend Quinn Campbell has been down there a long time running Quiksilver and surfing his brains out. He invited us to come stay at his pad, which is in a great area with bays and fun waves. Always nice to have a good starting point. Quinn and I were up at 5 most mornings and surfing a good variety of waves. I can see why somebody looking for fun waves would love the place. 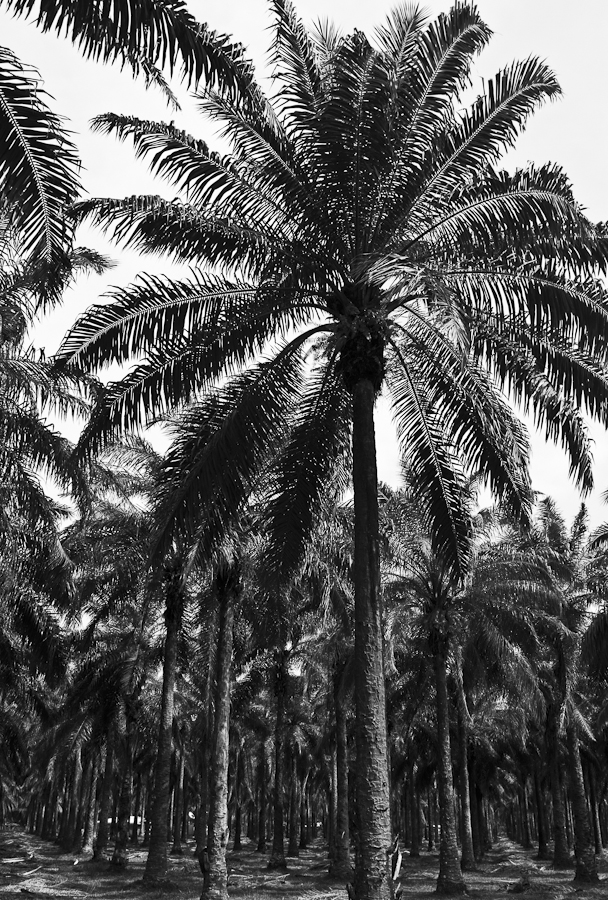 These have replaced much of the original forest. Palm Oil is big business. As with many places with rainforests, it is somewhat sad to see how much has been removed for cattle ranches and other industry, because there are so few places with these precious ecosystems. 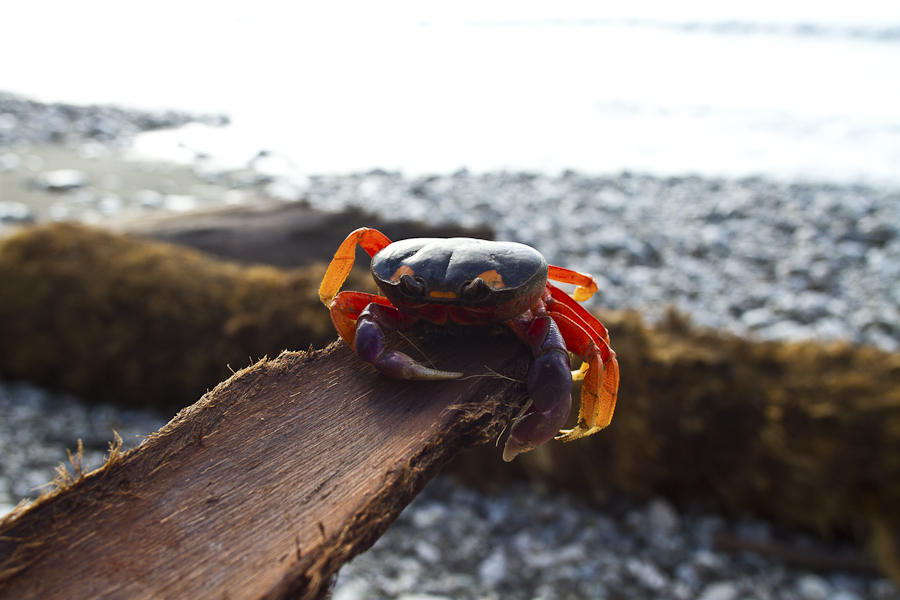 With the first rain of the year, these crabs came out from their burrows and made the treacherous trek to the ocean by the thousands. Many made it; many became victim to car wheels, raccoons, and other hungry animals. 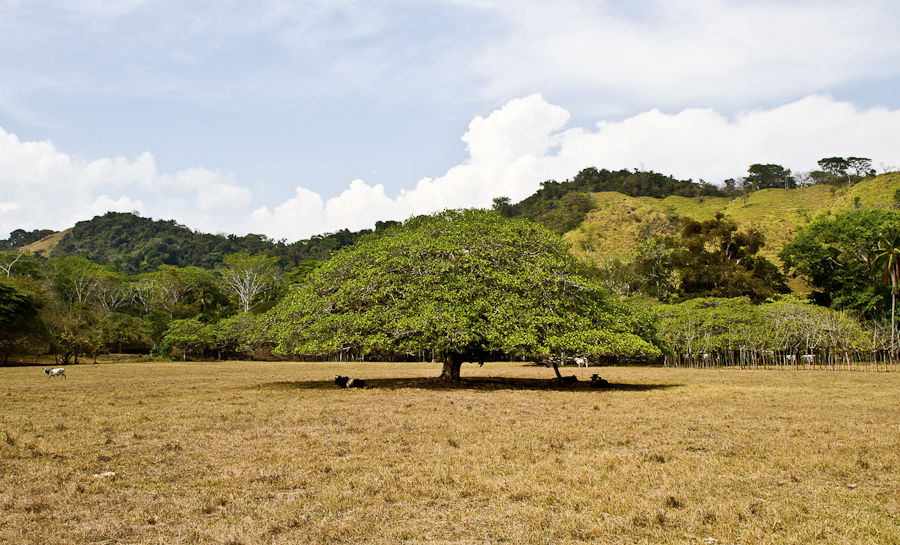 The symmetry of these trees can be perfect. Happy cows are usually beneath them. 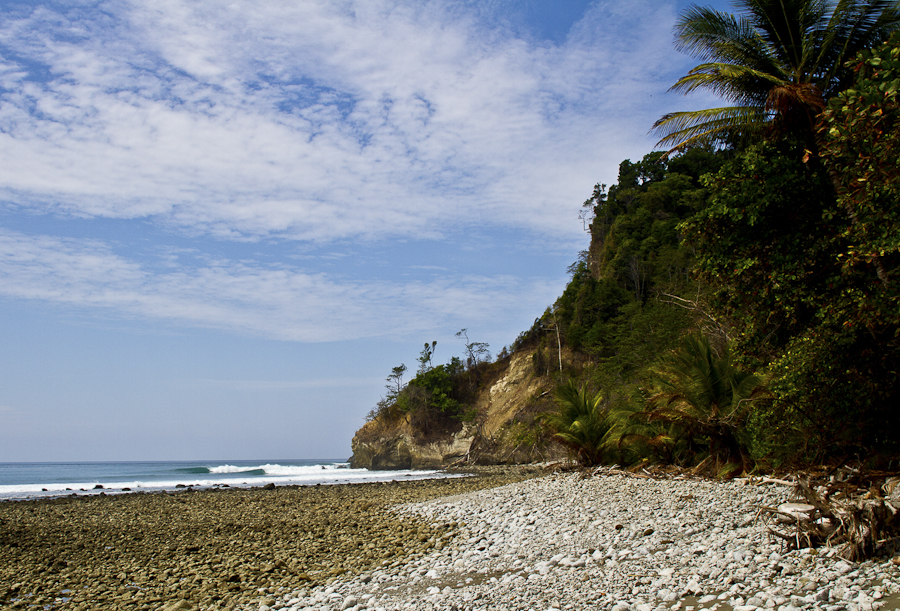 [Editor's note: Rusty and his brother Greg Long (winner of the 2009 Eddie Aikau invitational, arguably surfing's most respected event) have surfed and pioneered waves all over the world. Just don't ask them to tell you where they are.]
Tagged
Surfing Trip Planning Costa Rica
What did you think of this story?
Meh
Good
Awesome