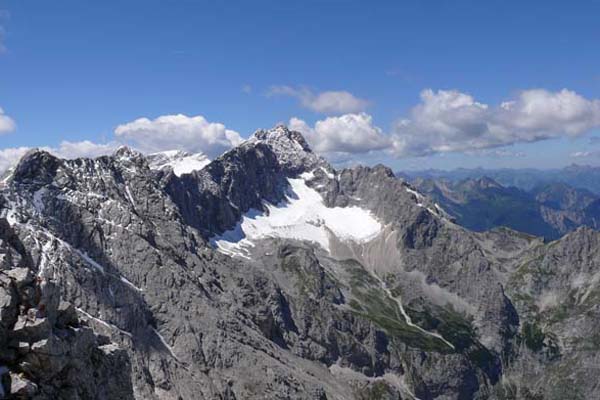 A day spent climbing a mountain is never wasted. In a new series, Matador looks for peaks and views around the world. We begin in Germany.

So much for legacies. Josef Naus, a Bavarian surveyor thought to be the first to climb Germany’s tallest peak in 1820, had the rug pulled out from under him a few years ago when it became evident that locals had actually scaled the Zugspitze, a mountain that straddles the Austria-Germany border, 50 years before him.

Nowadays, reaching the top at 2962 meters above sea level is much easier. You have a few choices: a cog railway from the German tourist town of Garmisch-Partenkirchen, or cable cars from the base–one on the Austrian side and one on the German side.

Why not hike it?

Of course, if you want the bragging rights you’d best be climbing it on your own over one or two days. There are numerous routes to the top, a couple on which you can plan an overnight stay in an alpine hut.

Visitors looking for European ski bunnies should schedule in a trip to the Zugspitzplatt in the wintertime, the highest ski resort in Germany.

Inspired to conquer a massive mountain? Check out these eight that David DeFranza says “yes, you can!”

The 6 Best Great Smoky Mountains Waterfalls and Swimming Holes
I Hike at Least 500 Miles a Year and These Are the Boots I Wear the Most
The 9 Best Swimming Holes in Sedona, Arizona
I’ll Say It: New Hampshire Hiking Is Just as Good as Hiking in the Colorado Rockies
25 Must-Know Pieces of Hiking Advice for Beginners