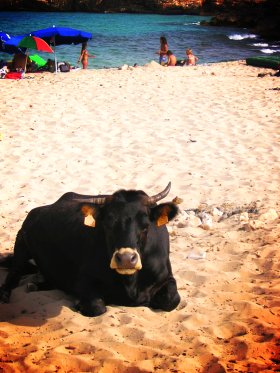 Latin America, under the radar

This one came out in The Guardian last fall, and I think it’s pretty cool. I hadn’t heard of most of the places on the list. I guess that’s why they’re “unspoilt.”

The Corn Islands of Nicaragua and Venezuela’s Los Roques are both archipelagos half Caribbean and half Latino. The Corn Islands especially have been talked up a lot lately, usually with the label “next big thing.”

I’d also keep my eye on José Ignacio, Uruguay. The entire country might start seeing more tourist feet now that its vecino to the south has decided to collect $131 from every American landing at Buenos Aires’ EZE.

The huge left-hand break of Máncora, Peru, and the dolphins at Pipa, Brazil, finish off The Guardian‘s set.

Beaches for the cheap

Concierge.com has 13 suggestions of budget beaches, in a list that’s pretty obviously intended for frugal Americans, specifically. Here’s some of what they’ve got:

Beaches for the rowdy

Bootsnall came up with a predictable rundown of the world’s best-known party beaches. Click the link to see for yourself, but I’m including it here for two surprises: 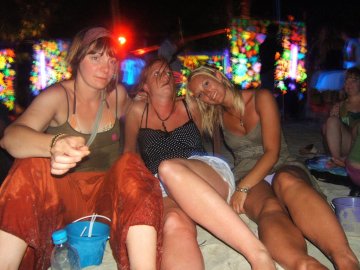 Zanzibar, Tanzania: I didn’t get the sense from Gregor Rohrig’s beautiful Photo Essay: One Day in Zanzibar that the island was in the full moon party bracket. Maybe we should ask him to head back and shoot an after-hours sequel for Nights.

Tel Aviv, Israel: Yeah, I’ve read about the border beach raves put on by Israeli-Palestinian peace activists, but I didn’t know about the more mainstream beach beats going on in Israel’s second-biggest city, which author Nellie Huang compares to Miami in her article.

More ideas for the cheap, but this away.com list is still a Western Hemisphere operation. It’s cool, though. Their #1 pick is Cannon Beach, Oregon. Have any non-West Coasters heard of this place?

Here are some other highlights, in descending order:

Of course, Trips doesn’t really care what other sites think are the best beaches out there. What’s YOUR favorite beach? It can be nude, it can be family-friendly, it can be one of Bridget’s sexiest, it can be in Vietnam or Spain or Western Africa.

The 12 most incredible underwater environments on earth

What not to do in Nicaragua