THE ONE SUMMER I’M AWAY from Newfoundland, and temperatures are record-breaking. It’s all anyone talks about. “You missed the most perfect summer!”

When I came home from Montreal in August, I knew I’d missed out. St. John’s is the kind of city that slumbers all winter, until the first glorious rays of spring sunshine hit the town and everyone snaps awake. George Street Fest, Folk Fest, Salmon Fest, every kind of fest. Everyone is outside, on the patios, on the street, on the beach.

I had to make up for lost time. Throughout August, I caught up with old friends while exploring the city and beyond, especially the Avalon Peninsula and Central Newfoundland. Here’s some of what we found. 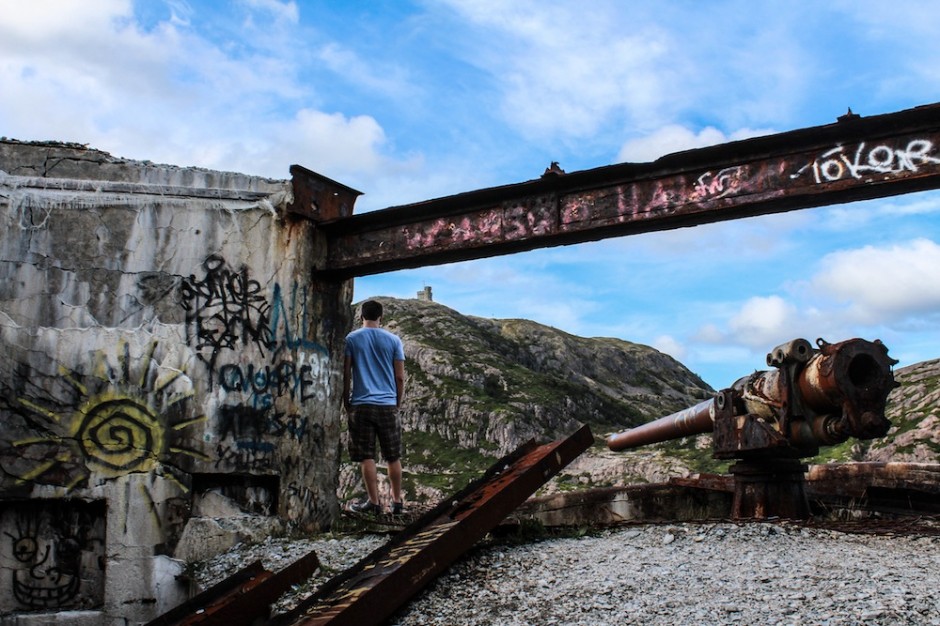 I hadn’t been to Fort Amherst in over 8 years, so my friend Stephen offered to drive us one day. Located on the southern side of The Narrows, at the entrance to the St. John’s Harbor, here you’ll find a lighthouse and the remains of gun emplacements built during World War II to protect the harbor against German U-boats. We hopped the fence to explore the ruins. Highly illegal, but worth it for the view of Signal Hill’s Cabot Tower. 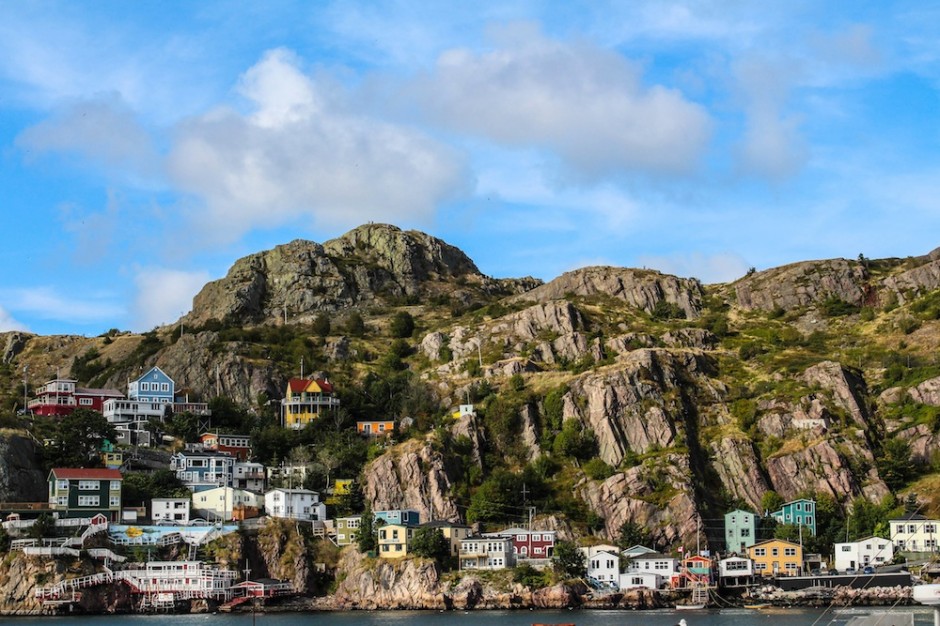 From Fort Amherst, a view of the jellybean houses in The Battery. I’ve walked through this part of town many times to hit the Signal Hill trail, but never realized how colorful the houses were until I got a fresh perspective. 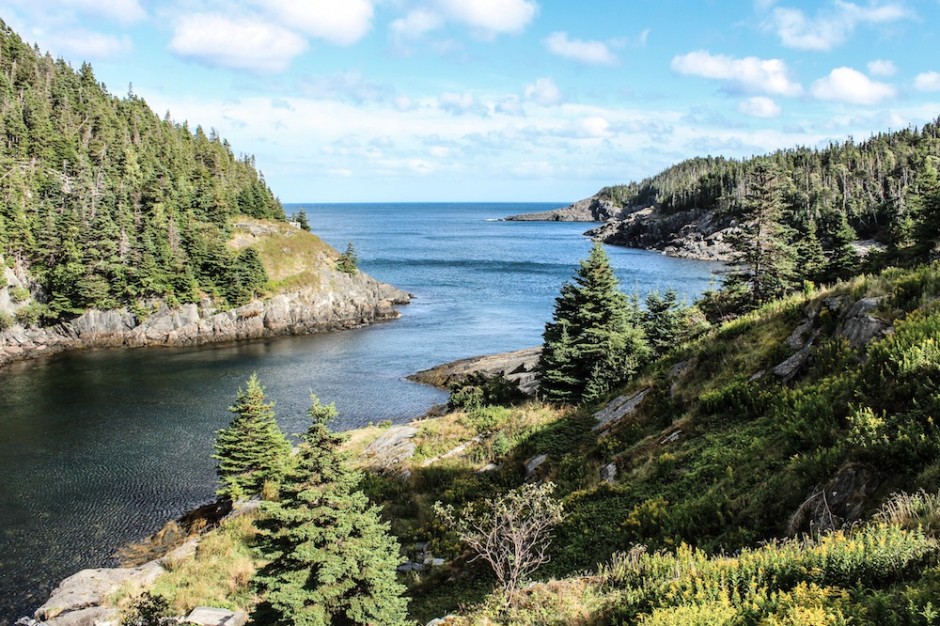 Next stop: La Manche, an abandoned settlement that used to be a successful fishing harbor. In the mid-1960s, the village was under pressure to resettle into larger nearby towns. In 1966, a storm wiped out most of the town, and washed away fishing flakes, boats, anchors, and stores. Since the village’s economy was destroyed, people decided it was time to leave. Today you can still see the ruins of abandoned houses scattered around the coast, as well as the old suspension bridge (rebuilt). When we visited, a harbor seal was frolicking in the water beneath the bridge. 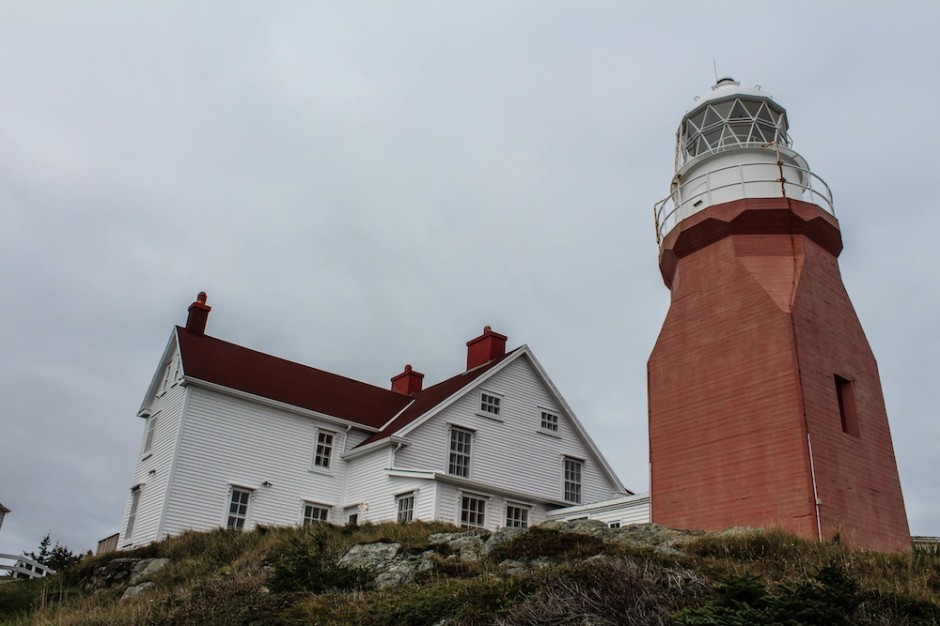 When my friends Corbin and Riley showed up in early September, their first time ever in Newfoundland, they wanted to see rural life outside of St. John’s. We decided to road trip to Iceberg Alley, in Central Newfoundland. We started in Twillingate, and joined a traditional Kitchen Party where we were the only people under 60. An 82-year-old named Gladys taught me how to play the Ugly Stick -- a Newfoundland instrument made from a mop handle, beer bottle caps, nails, and anything else that makes noise. The next morning, while we suffered through raging headaches and explored the Long Point Lighthouse, we bumped into the other party-goers. They were in perfectly good shape. 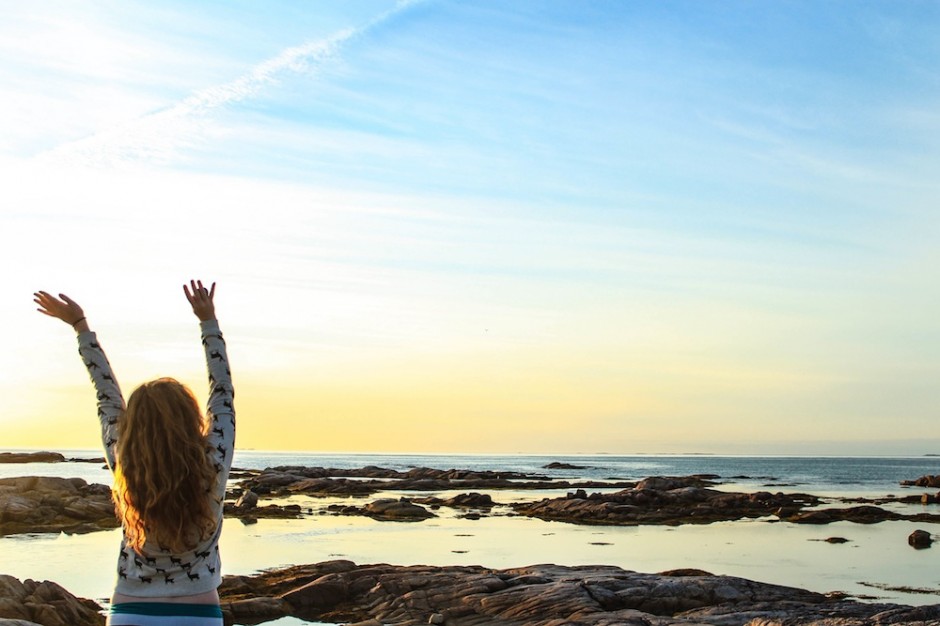 By the time we took the ferry to Fogo Island, our hangovers had cleared up enough for a hike along the water in Joe Batt’s Arm. We were looking for the Witch’s Foot, an indentation in the rocks that supposedly belonged to a sorceress. It wasn’t nearly as impressive as the sunset. 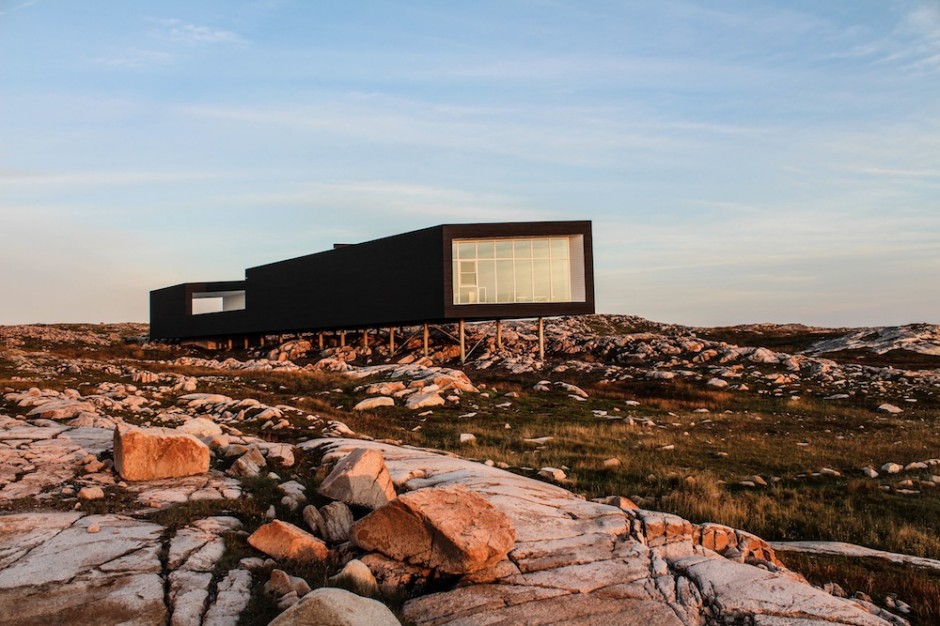 We stumbled on this artist studio by accident. Zita Cobb is one of those visionaries who left Newfoundland to make her millions and then returned to give back to her homeland. She set up six artist studios around Fogo Island, and is currently working on a luxury resort. Considering Cobb grew up on the island with no electricity, her progression is pretty phenomenal. We tiptoed around the studio, snapping photos, expecting a burly artist to burst through the doors and start yelling at us at any moment. 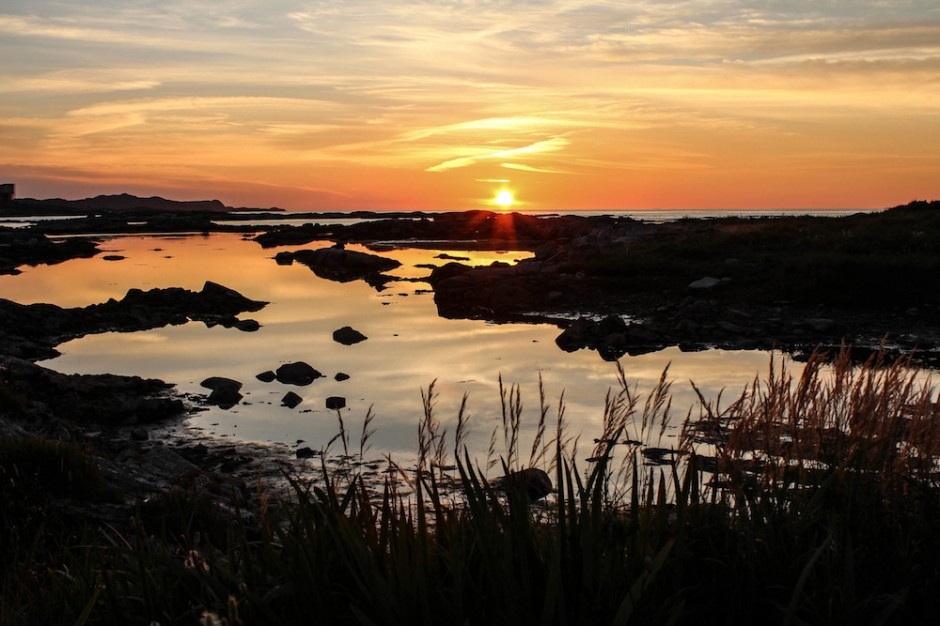 Sundown on Fogo does not disappoint. 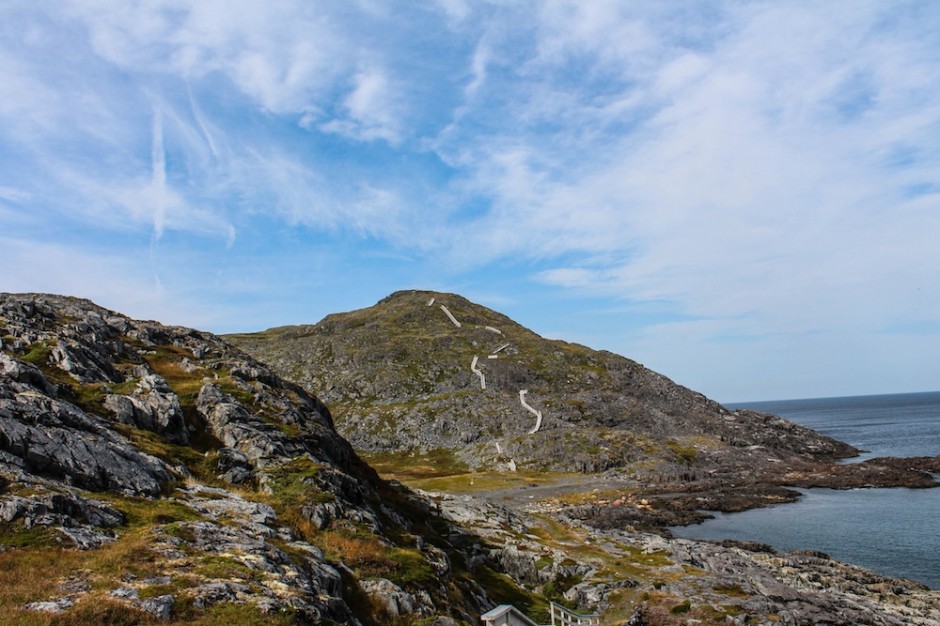 While trying to find Brimstone Head, one of the Four Corners of the World (according to the Flat Earth Society), Corbin took a wrong turn and we ended up at Fogo Head. The staircase into the sky and the anticipation of amazing photos was too good to resist. It also proved to be the ultimate StairMaster. 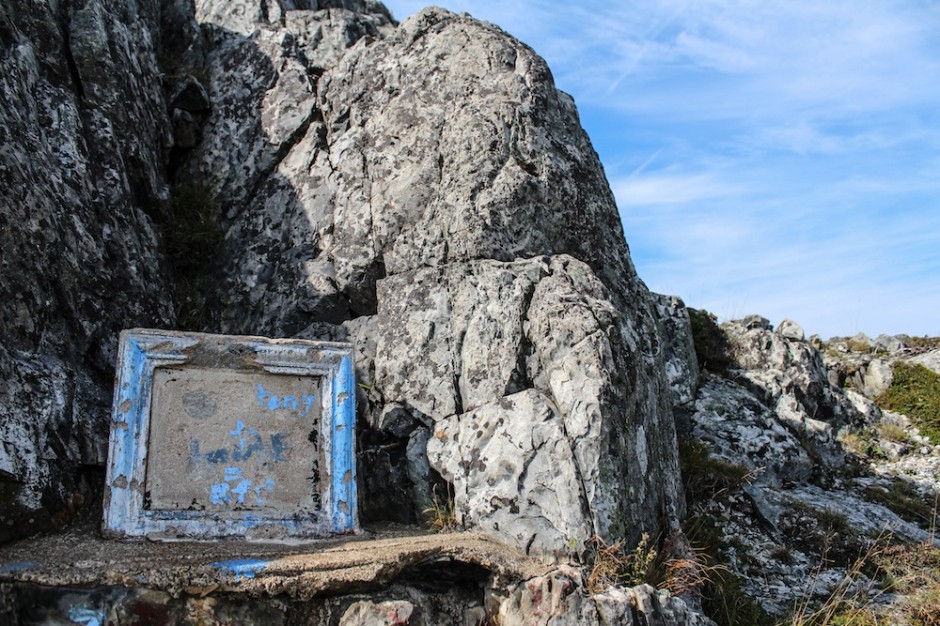 When we finally reached Brimstone Head, the wind had picked up and the going was rough. The trail here is much riskier, although the sign at the foot of the path claims “0” people have died on it (zero is literally in quotation marks). This battered picture frame fit right in with its surroundings. 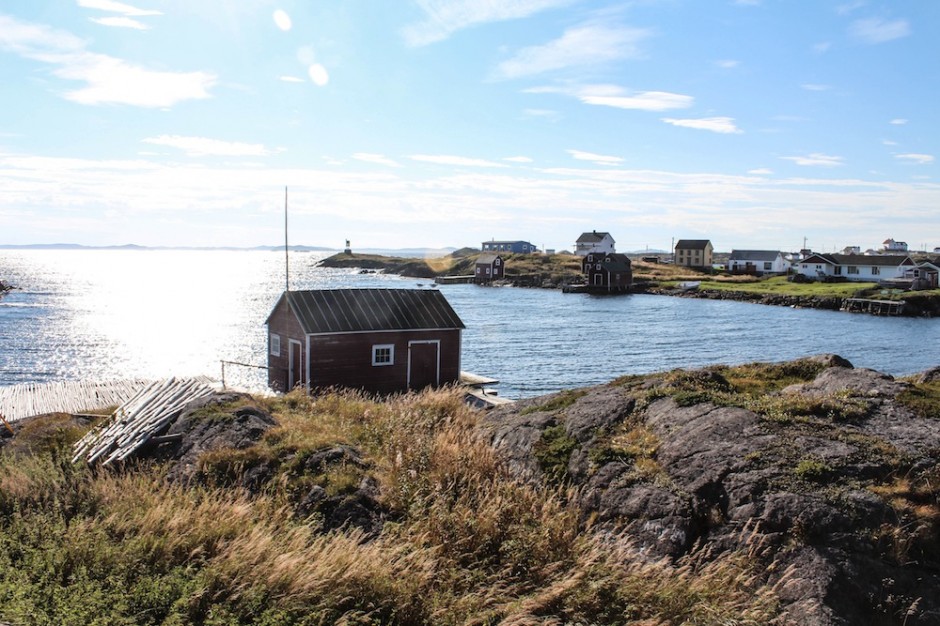 After Fogo Island, we took the ferry to Change Islands. People had told me the place was “magical.” You drive off the ferry and you’re plunged into the forest. You continue a couple kilometers until the trees open up and you’re at the coast, surrounded by colonial and saltbox houses, fishing stages, and wide-open skies. We joked about how we were in a ghost town, not having seen any other people while driving around. But we didn’t need conversation at all, turns out. Just silence. 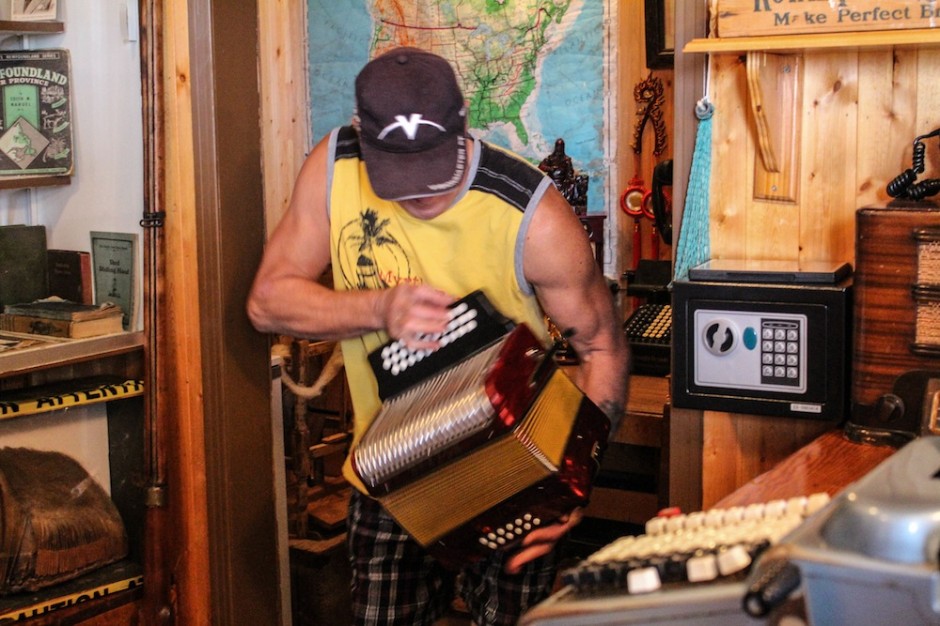 We reluctantly swung by the Olde Shoppe Museum, thinking it’d be just another museum stop. But its owner, Peter Porter, turned out to be the best guide I’ve ever had. His place is a collection of memorabilia from Newfoundland’s early years and items from colonial Britain. Highlights include an old wine jug found at the bottom of the ocean near the islands, having come from a shipwreck when the New World was still being discovered. Porter’s Irish/Newfoundland lilt made it all that much more enjoyable, with the kind of storyteller’s voice that would make David Attenborough jealous. 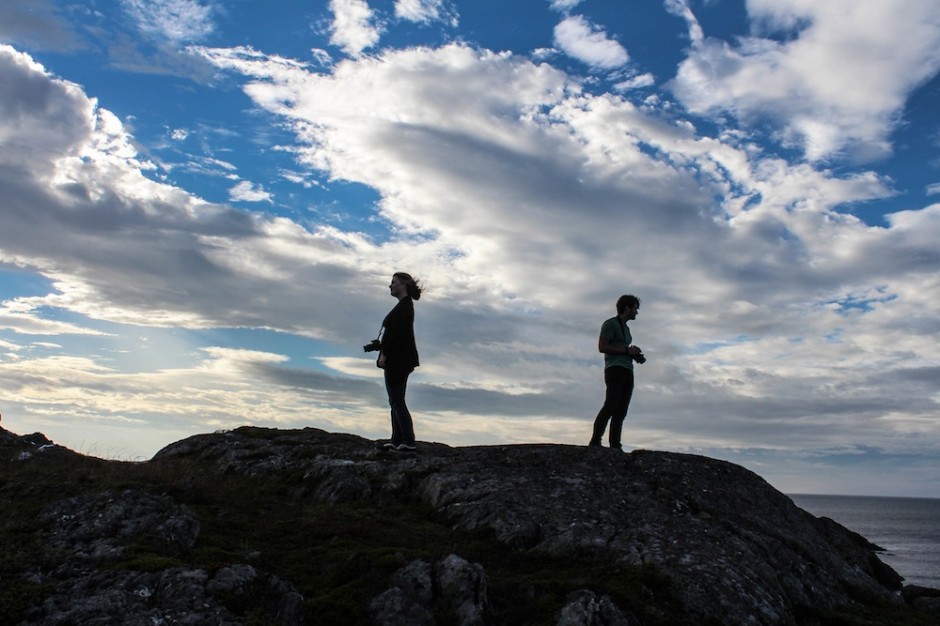 The Squid Jiggers’ trail loops up around the far end of the island, overlooking the Atlantic and the town of Change Islands. Hike it at sunset. 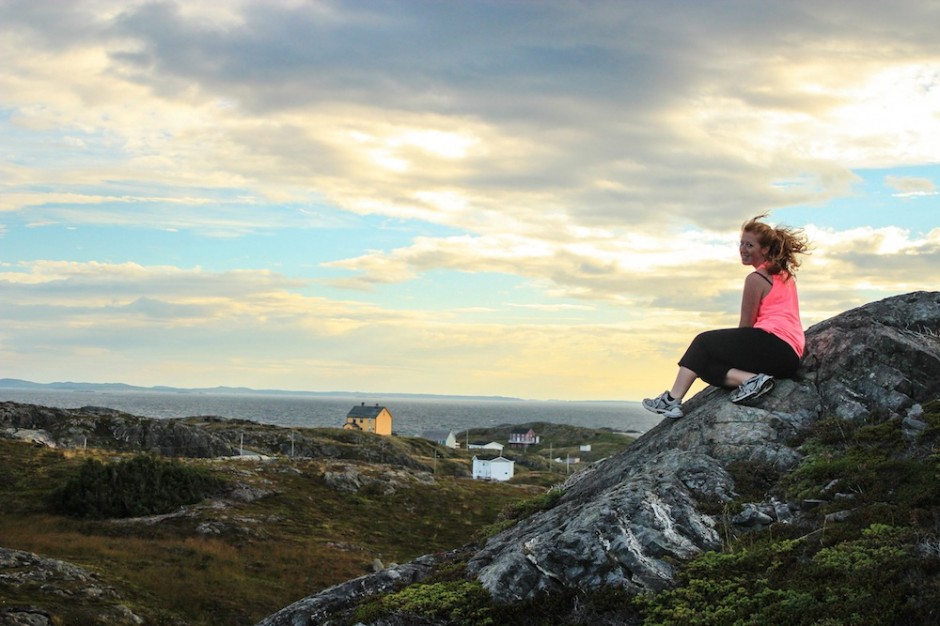 It's good to be home.

Tagged
Insider Guides Newfoundland and Labrador, Canada
What did you think of this story?
Meh
Good
Awesome
✖
travelstoke
Download the mobile app
stoked by