BACK IN THE LATE 1800s, Whitehorse’s population surged as a number of Gold Rush stampeders shipwrecked their hastily built rafts on the rapids of the Yukon. Being marooned far from the Klondike goldfields, many of these desperate men sold off whatever they could salvage from their wreckage, putting Whitehorse on the map as a place to “supply up” before continuing to the Klondike.

According to local lore, Whitehorse is named for a set of rapids that used to exist just outside of town, where the water flowed like a horse’s mane until it was dammed to produce electricity in the 1950s. It’s an apt metaphor. Even with the slow arrival of organic coffee houses and international cuisine, the remainders of a wilder existence are always right under the surface.

Here are five places in the territorial capital where you can get a feel for the frontier, plus a few more images to help fill out the portrait. 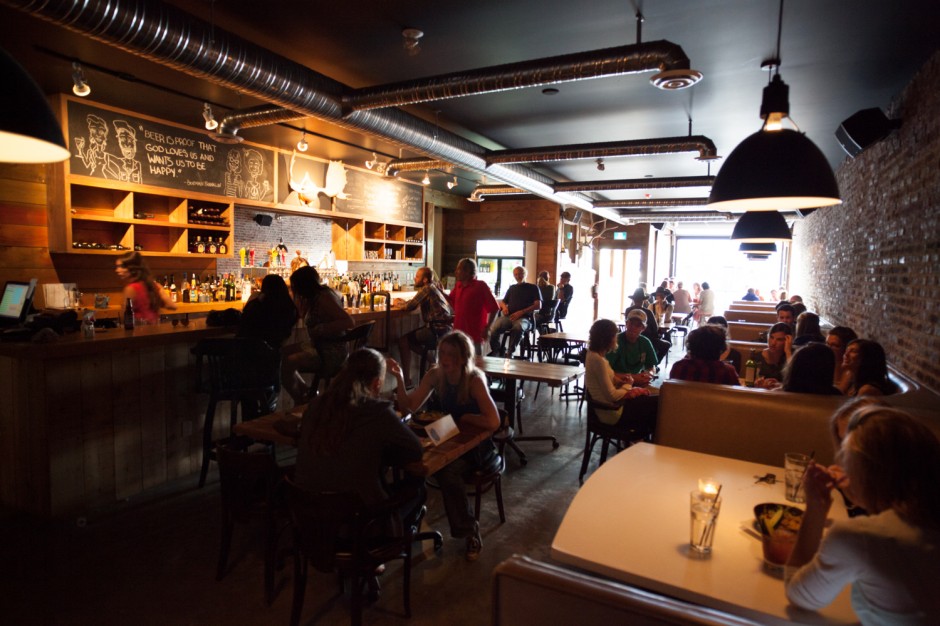 The Capital Hotel used to be a run-down establishment known for its rough crowd and a mummified house cat that was kept on display. The old operation went bankrupt five years ago, and has recently been revived by two young local entrepreneurs. The renos marry rough-hewn elements -- like tables made of wood reclaimed from local mining camps -- with clean modern lines, and their menu does the same. Offerings run from meatloaf to smoked duck and goat cheese. Located in the same building, the Cork and Bull Steakhouse represents an even more radical departure from its roots, serving expensive treatments to local game meats, as well as oysters. 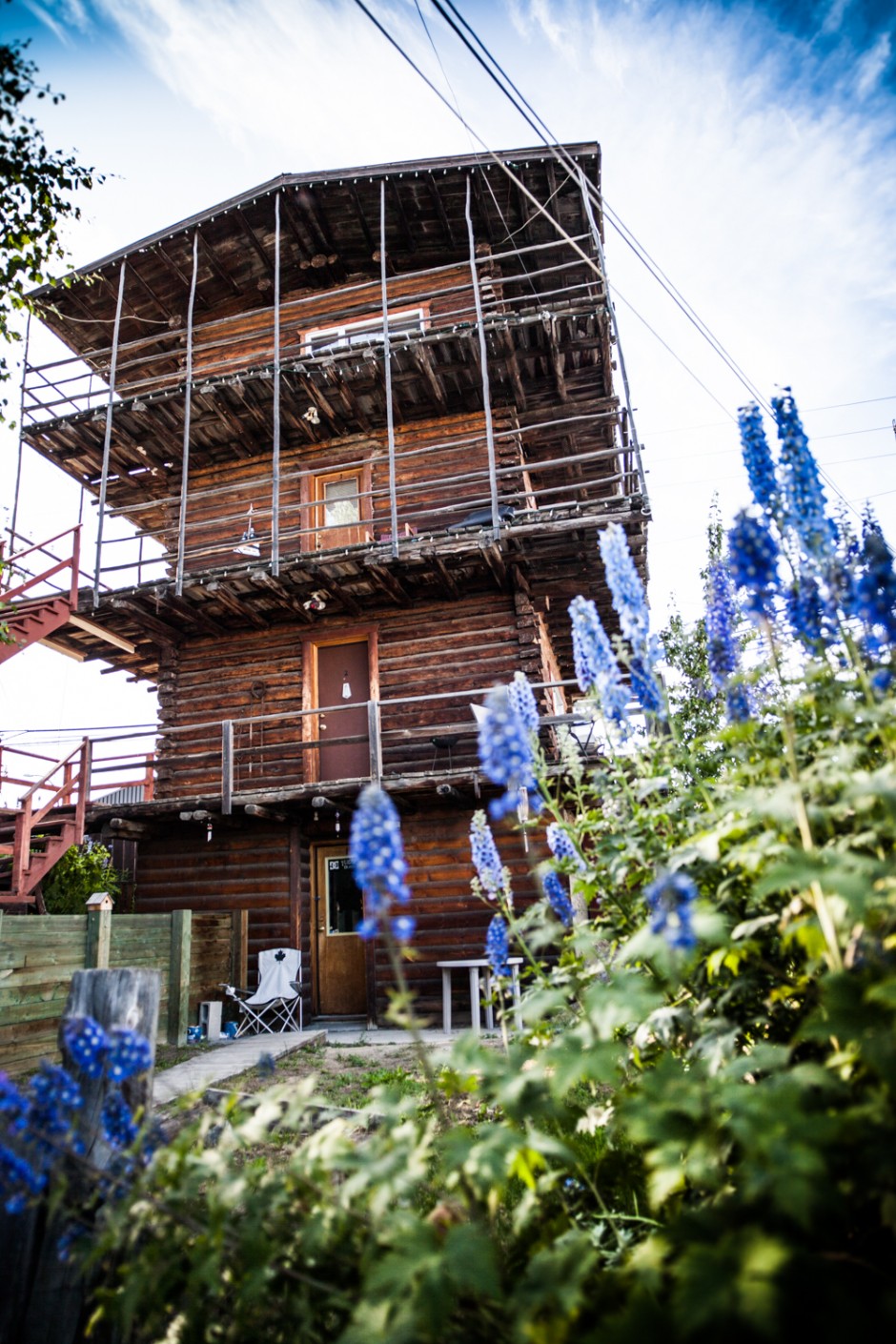 The log cabin skyscrapers were built in 1947 by Martin Berrigan, an Ontarian who came to the Klondike during the Gold Rush and prospected in the area until 1935. Berrigan moved to Whitehorse in 1939 and began building these homes to rent out to all the men who had arrived to work on construction of the Alaska Highway and other wartime projects. Though most of Berrigan’s cabins were single-story structures, he also built two “skyscrapers” on Lambert Street in downtown Whitehorse. Shortly after their construction was complete, Berrigan is reported to have remarked to a friend, “I think I’m done for.” He died in 1950. The towers are a local heritage site. 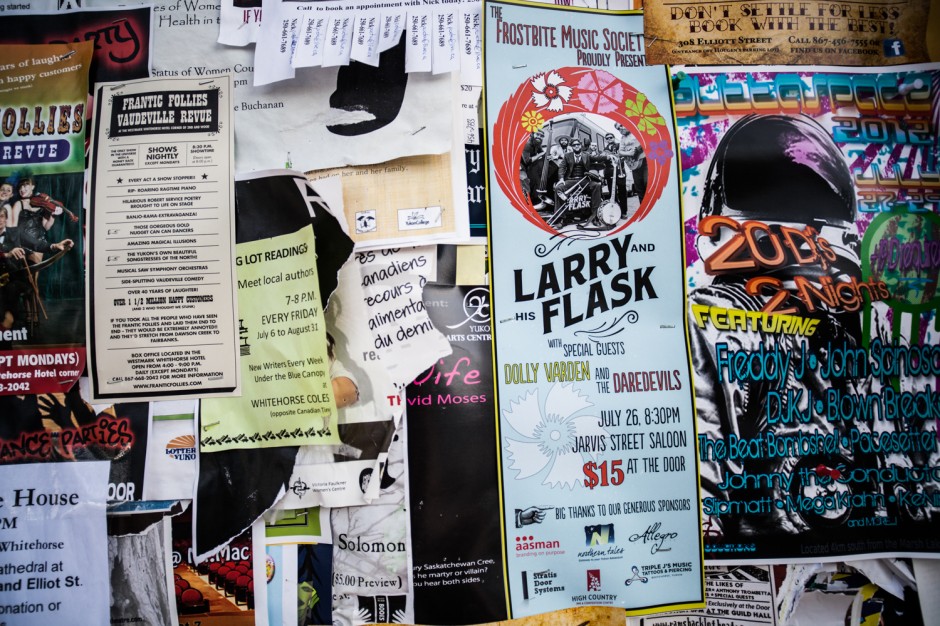 Midnight Sun Coffee Roasters shares a spacious converted warehouse with a bicycle shop. The coffee shop is owned and operated by a brother and sister team who, in addition to their day jobs roasting coffee, also play in a band called Dolly Varden. While chatting with lead singer and head barista Kutch McQueen, I got the impression that they can amp up crowds way beyond well-crafted triple shot espressos. Midnight Sun has a well-used community bulletin board where you can keep up on accommodations, items for sale, and live music anywhere in the territory. Also note that this is the last stop to fuel up with proper coffee until you get to Anchorage, Alaska. Consider getting a pound or two to go. 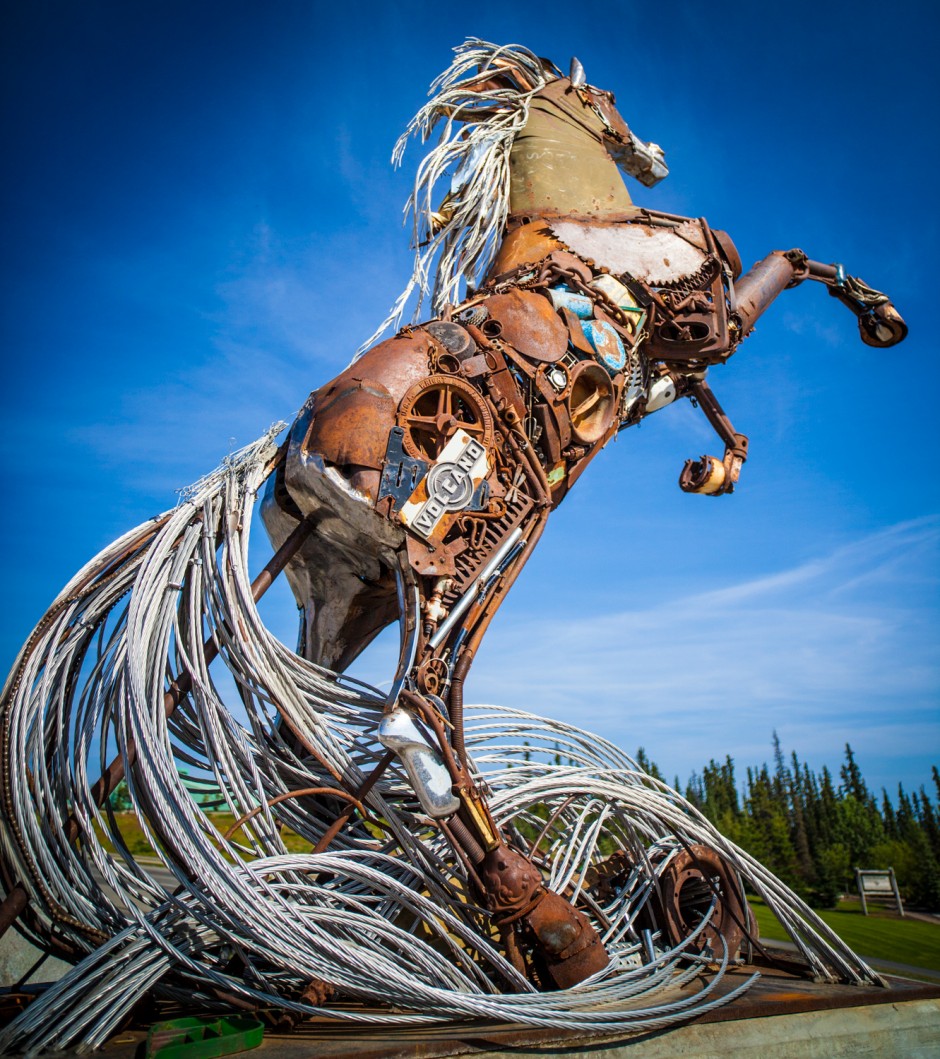 The newest public art installation in Whitehorse looks like something you would find at Burning Man. Yukon artist Daphne Mennell won the commission from the city to create this piece in 2009. The horse is an assemblage of over 200 pieces of scrap metal, donated from the various junk / treasure piles of residents across the Yukon. It’s made of vehicle parts, power line cable, pickaxes, and shovels -- central elements in the history of the territory. 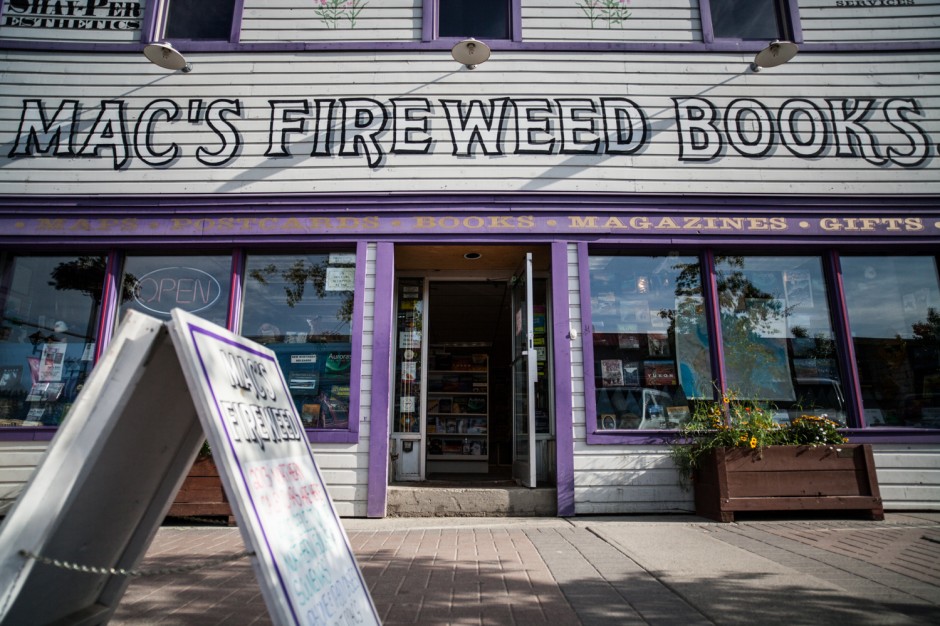 Mac’s Fireweed Books specializes in Yukon lore and literature. The size of the bookstore suggests that Yukoners are pretty well read, perhaps because of the long winters and slow Internet. The staff at Mac’s is very knowledgeable and friendly, and can give you some good tips on the whereabouts of ghost towns and swimming holes. There is an ample selection of maps, histories, local writers / poets, and some collections of ghost stories of the north. They also sell incense, which I bring on all of my road trips for its power to ward off the foul spirits responsible for flat tires, spilled coffee, and speeding tickets. 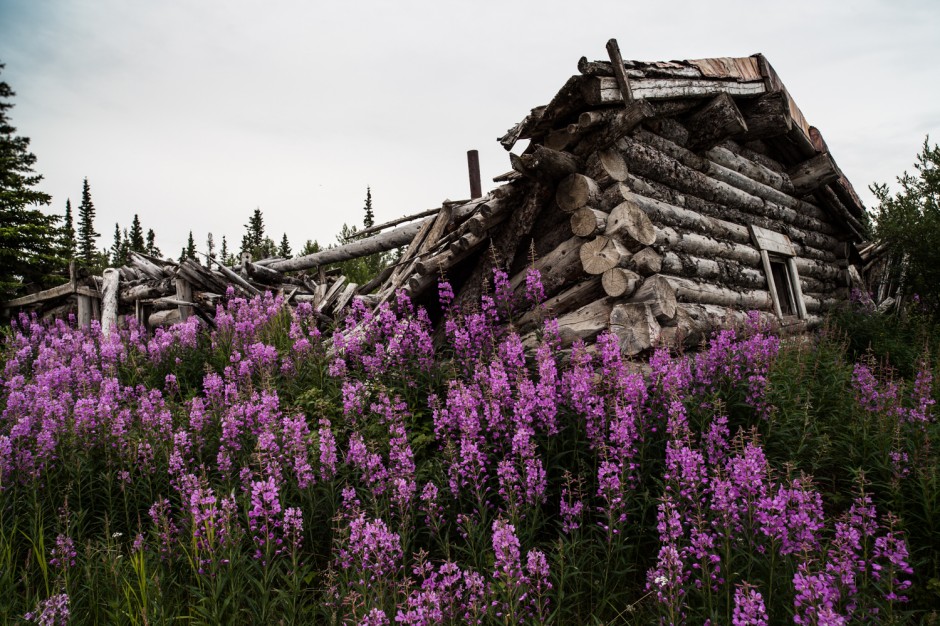 Reflections of the past 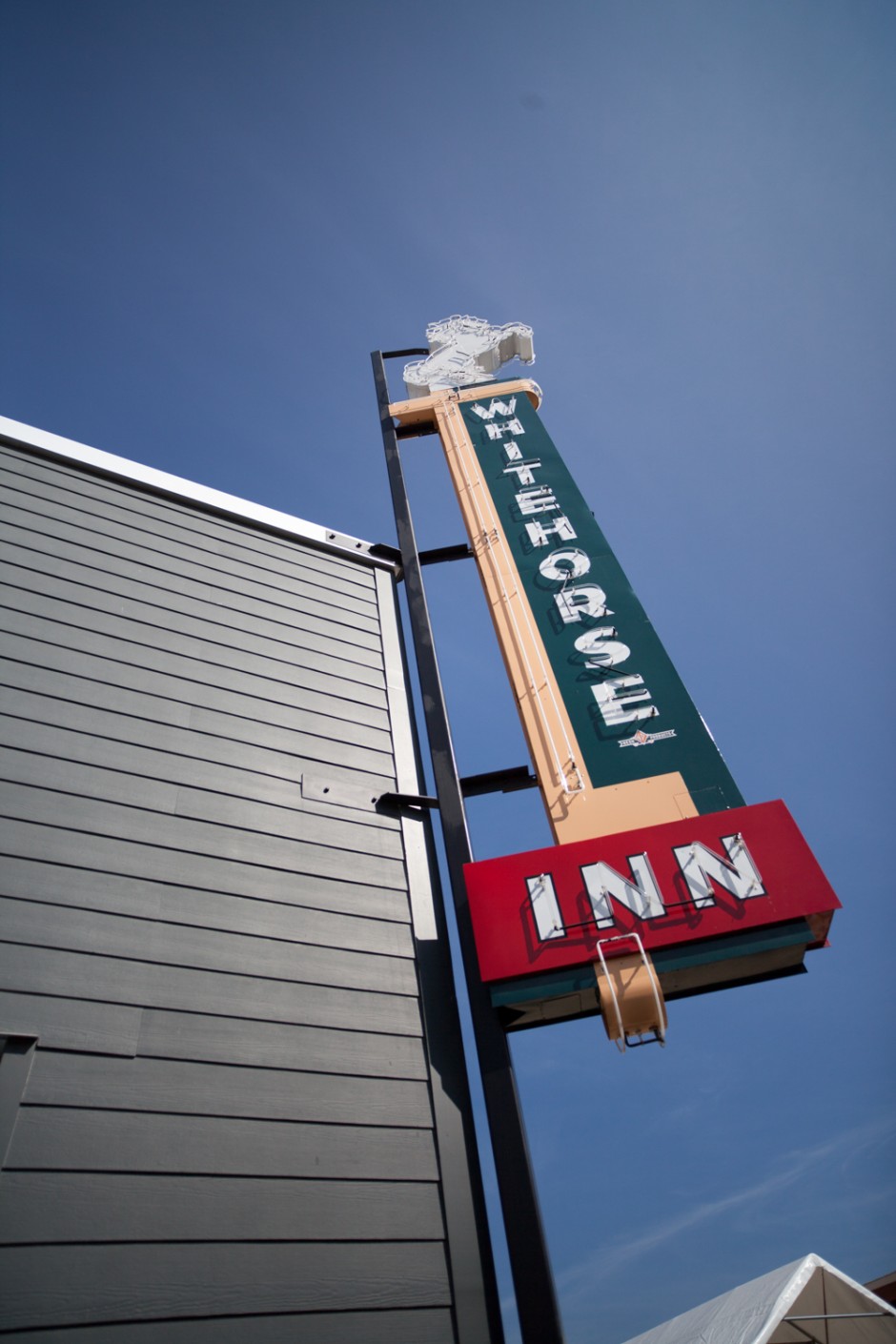 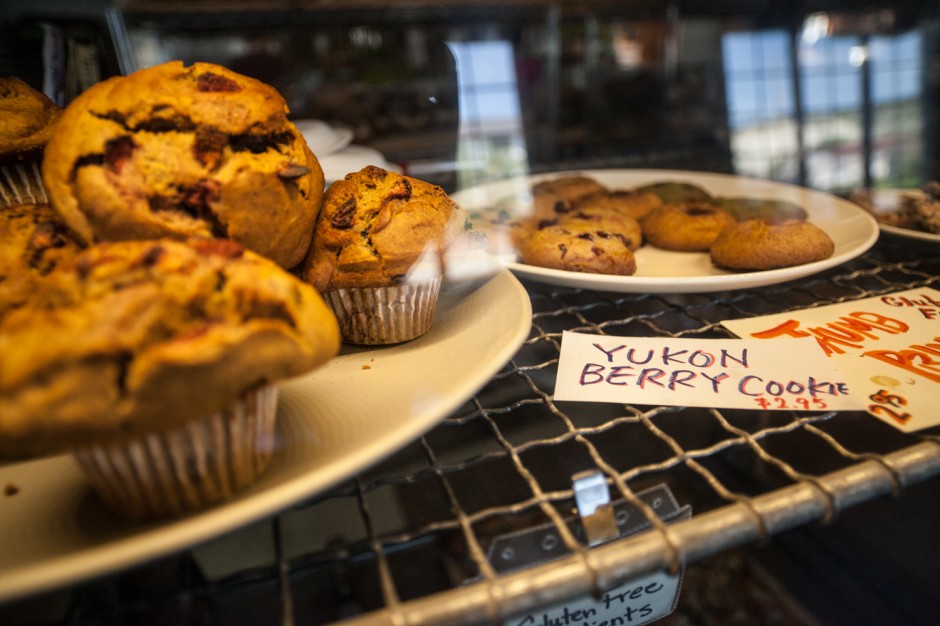 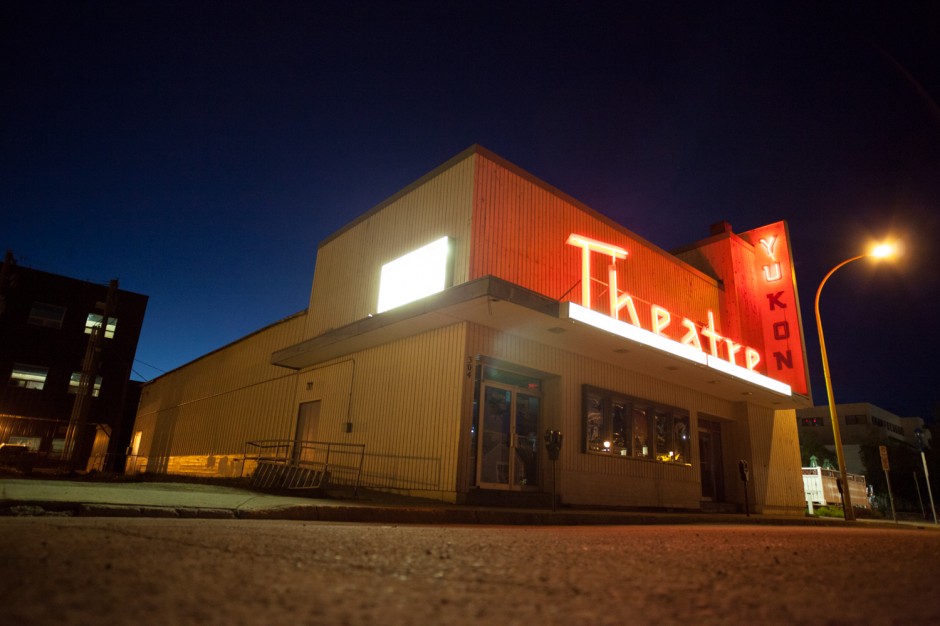 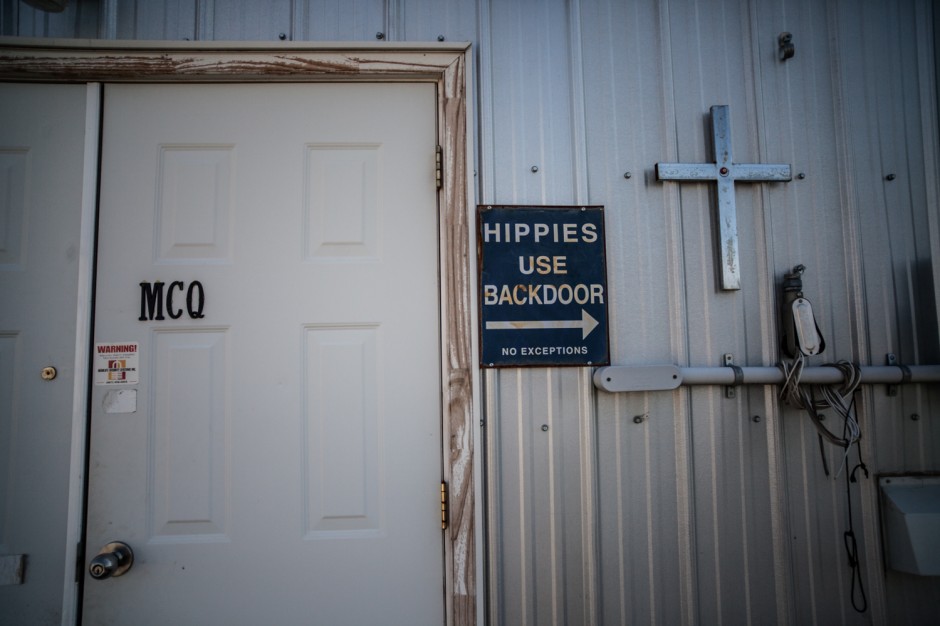 Tagged
Insider Guides
What did you think of this story?
Meh
Good
Awesome
✖
travelstoke
Download the mobile app
stoked by