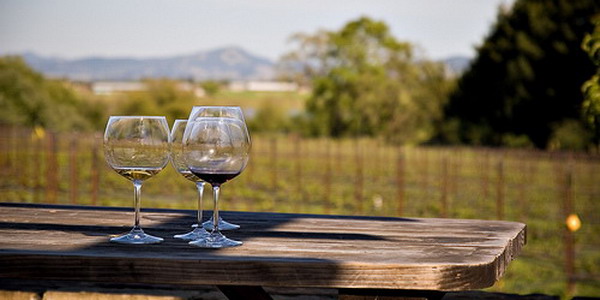 Travelers who are also wine enthusiasts know that California is their North American mecca. With more than 2,000 vineyards and wineries, California produces over 90% of the wine made in the U.S. An entire segment of the tourism industry has grown up around wine-based itineraries. 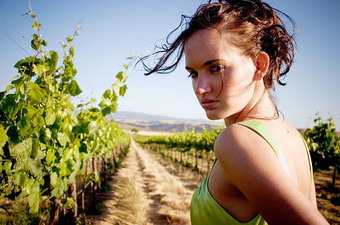 Napa Valley, Sonoma, and the Central Coast offer the oeno-traveler the most wineries per square mile, and became only more popular after the release of the 2004 film, “Sideways.” Capitalizing on travelers’ interest, vineyards and wineries opened up their operations like never before.

In addition to the usual field and cellar tours, all sorts of new experiences were offered to tourists: wine hikes, bird’s eye vineyard tours from the perspective of a hot air balloon, and tours by train and bike.

The wide range of offerings paid off: 14.2 million international travelers visited California in 2006, and at least 11% enjoyed activities that were specifically geared to California’s wine and food industries.

Not all the fun’s in Napa, Sonoma, or the Central Coast, though. In fact, some of California’s most interesting destinations for wine-loving travelers are in totally unexpected places… like Los Angeles. 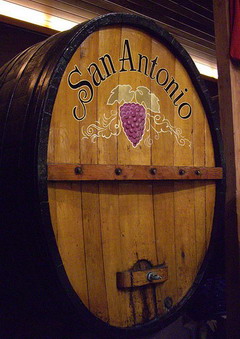 A bit off the well-beaten path of California’s wine trail is the San Antonio Winery, located in the heart of the city. San Antonio, named for Saint Anthony, was established in 1917 by Santo Cambianica, an Italian immigrant who was but one of many vintners in L.A. at that time.

Just three years later, though, the majority of his competitors had shuttered their wineries in the wake of Prohibition. Cambianica wasn’t one to give up. He worked his way around Prohibition by seeking permission to make wine of religious services rather than general consumption, and it was this creative intervention that kept his business afloat.

Today, the San Antonio Winery continues to make sacramental wine but also makes wine for the public, and it’s the only working winery in L.A. Guests can tour the cellar, participate in a wine seminar, sample wines during an artisan tasting, or enjoy Italian-inspired meals at the winery’s own restaurant, which was built in what was formerly the fermentation cellar.

Located five minutes from downtown, the San Antonio Winery is an ideal option for wine enthusiasts who don’t want to stray into the countryside or have no plans to make it to the coast.

The fact that the winery is family owned and has been for four generations will guarantee the personal touch of some of the more remote wineries, and the fact that it’s tucked into the city means that you’re likely to enjoy a winery that’s not overrun with wine trail tourists.

Matador member and frequent contributor Craig Martin is a traveling wine aficionado. Read more about his recommendations in How to Drink Wine Like a Pro.

What did you think of this article?
Meh
Good
Awesome
Bookmark
Posted In
Trip Planning
Destinations
California, United States

Mariposa is the best place to base your Yosemite trip, even if it’s out of the way

An entire town in Southern California is up for sale