CANADIANS GET PRETTY EXCITED ABOUT SUMMER. It’s why you’ll see shorts and t-shirts at the first glimpses of sun. And it’s why Canadian summers can generally be considered to start on the Victoria Day long weekend (this year the holiday falls on Monday, May 23) and run all the way to the Canadian Thanksgiving (Oct 10, 2016). That’s almost five months to celebrate all the amazing events happening across this huge country.

There are many more than listed below, but these 25 are a strong start for planning your 2016 summer wherever you find yourself in Canada. 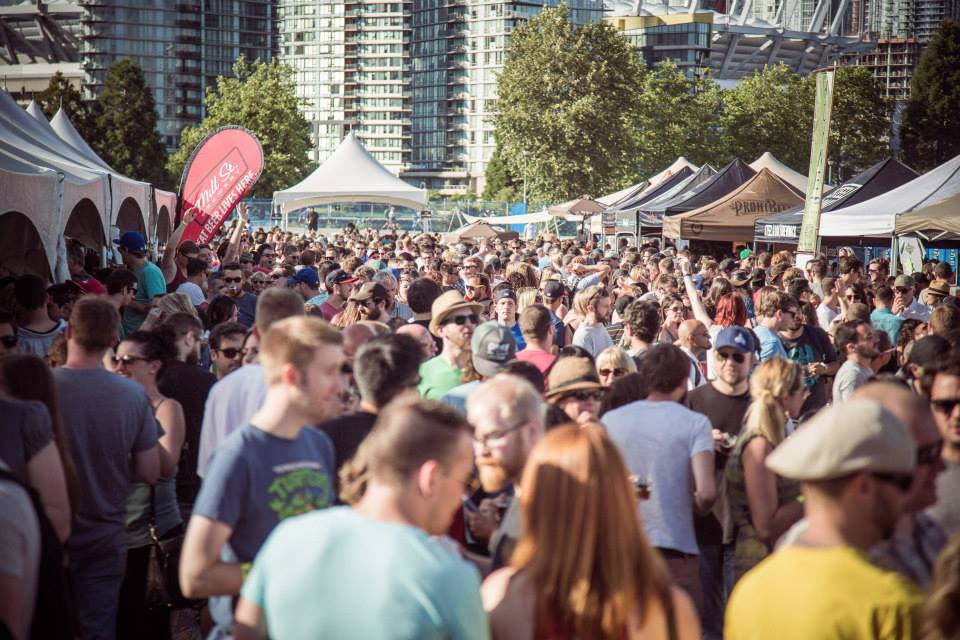 This is the first year this festival will have a full music lineup and three stages. There’ll be over 100 breweries and cideries from across North America representing over 400 drinking options.

Check out the awesome Collaboration Fest (Saturday May 28, 1-5pm, at Big Rock Urban Brewery & Eatery), where dozens of local breweries — as well as a cidery and distillery — will be teaming up in pairs to create all-new brews. Try all the samples and vote for your fave! Daily passes are available for the festival, as is a full weekend pass that’ll also let you into the grounds an hour before the crowds.

For three nights during the last week in July, you’ll be blown away by world-class choreographed fireworks displays off the beaches of Vancouver’s English Bay. There are a ton of locations around the city to view them from (some free, some not) as well as free concerts and sunset parties on the beach. The best way to see the show? Make friends with a local and watch the kaleidoscope sky from their balcony or rooftop.

Special Events Magazine ranked Fusion as “best festival” in 2014. It’s one of the largest multicultural events in Canada and brings together over 75 global music acts and 38 cultural and food pavilions. In 2016, there’ll be stands representing nations like Barbados and Jamaica, Kenya and Spain. 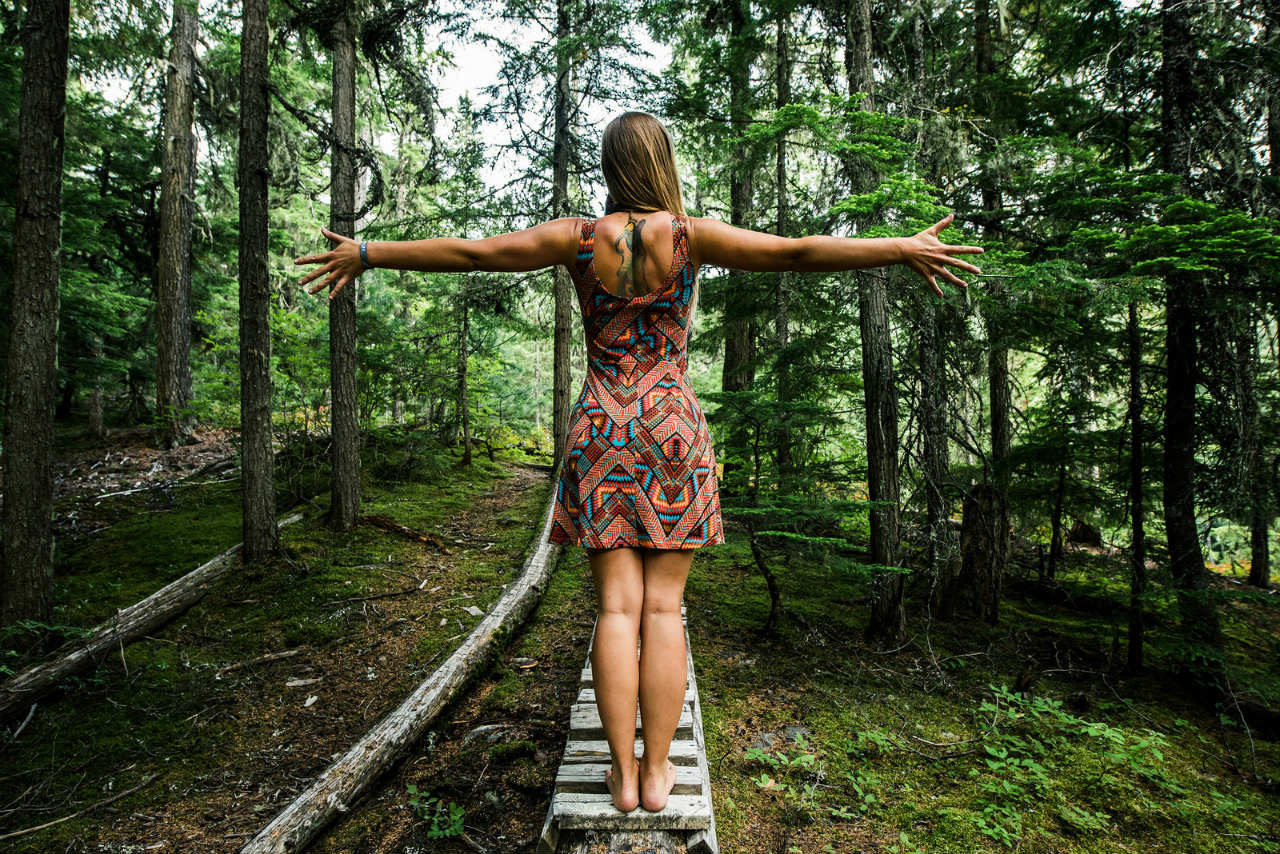 Whistler provides a great backdrop for this festival that’s about reconnecting with your soul. It brings in top yoga teachers from around the world, global musical acts, speakers, and performers. Oh yeah, and great food. You’re going to go way beyond the basic asanas here. Intros to slackline yoga, SUP yoga, and blindfolded yoga journeys are all part of the calendar. You’ll also have the opportunity to hike in the amazing backcountry of BC’s Coast Mountains.

Summer Events at The Banff Centre 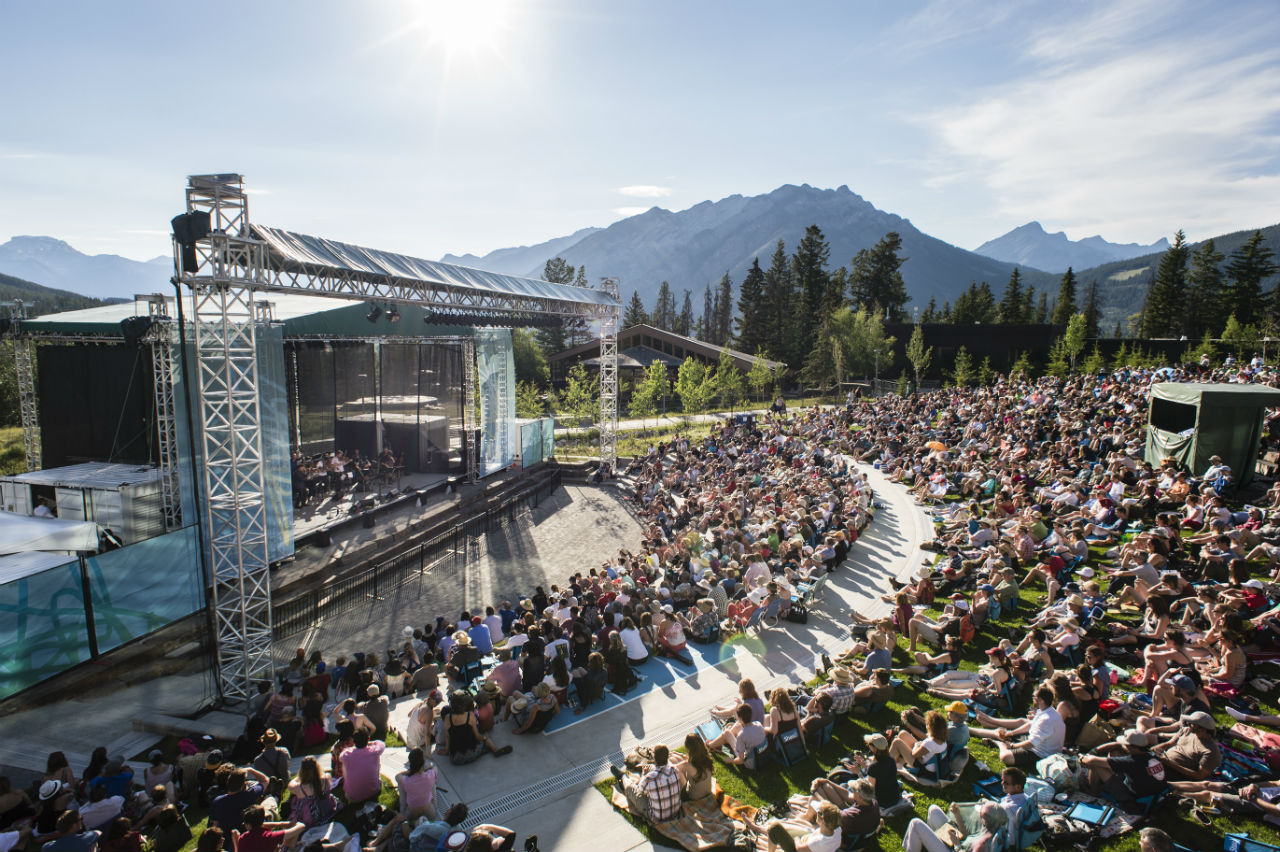 The Banff Centre hosts dozens of free performances and events all over town throughout the summer in what’s been called “the largest arts and creativity incubator on the planet.” June 10 sees the start of the two-day Performance in the Park featuring awesome Canadian bands like Hey Rosetta! and Bahamas. World-class classical performers come to town on June 25 to play Brahms and more, and there’s a big DJ set with Kid Koala July 21…it’s shaping up to be one epic summer.

Check the calendar to see what’s on while you’re in Canada’s first — and best? — national park. 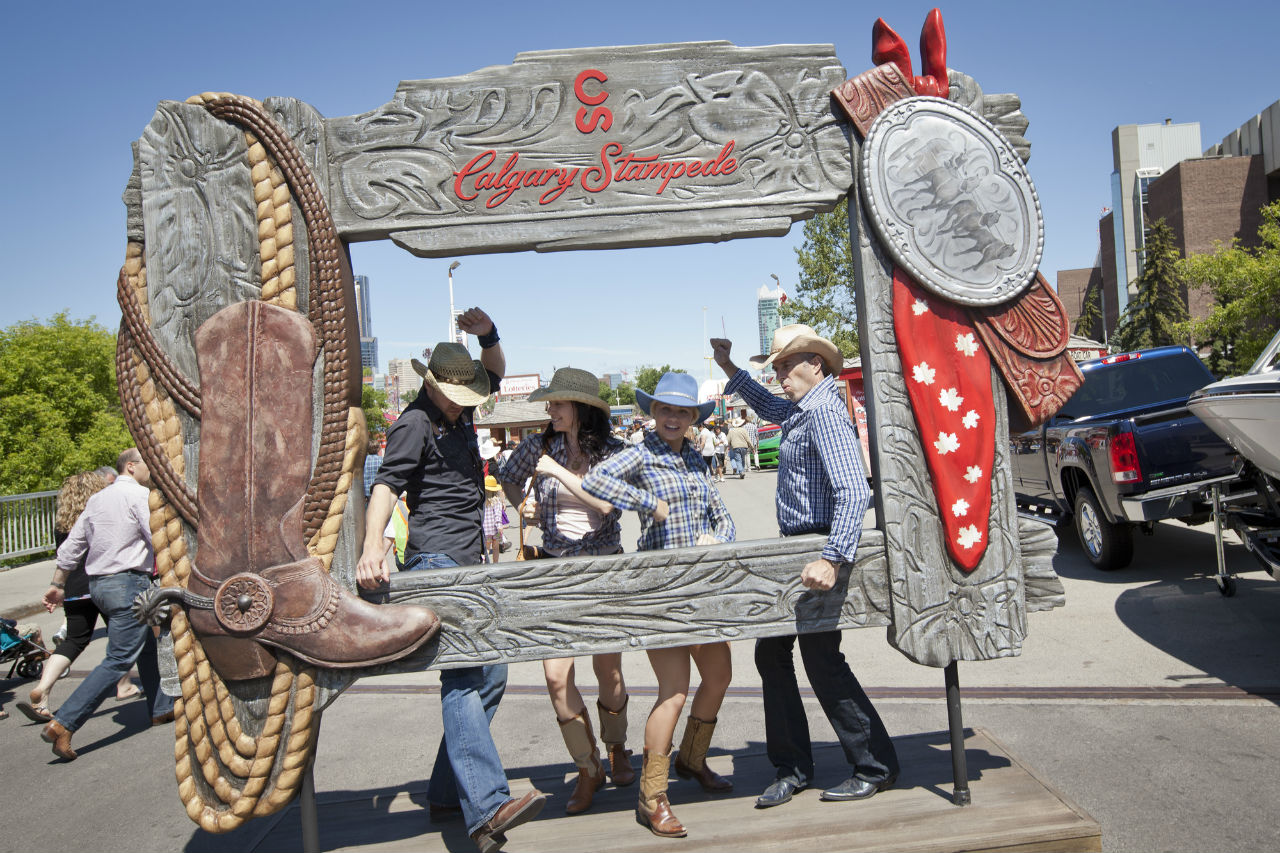 Dubbed the “Greatest Outdoor Show on Earth,” the Stampede is an event that celebrates Western heritage, culture, and community spirit through its rodeo competitions and other exhibitions. The festival hotspot centers around the huge mechanical bulls at Triple B. Maybe ride them before you get into the beers and incredibly innovative and decadent food options? And of course, an event of this stature brings with it an amazing lineup of music acts. 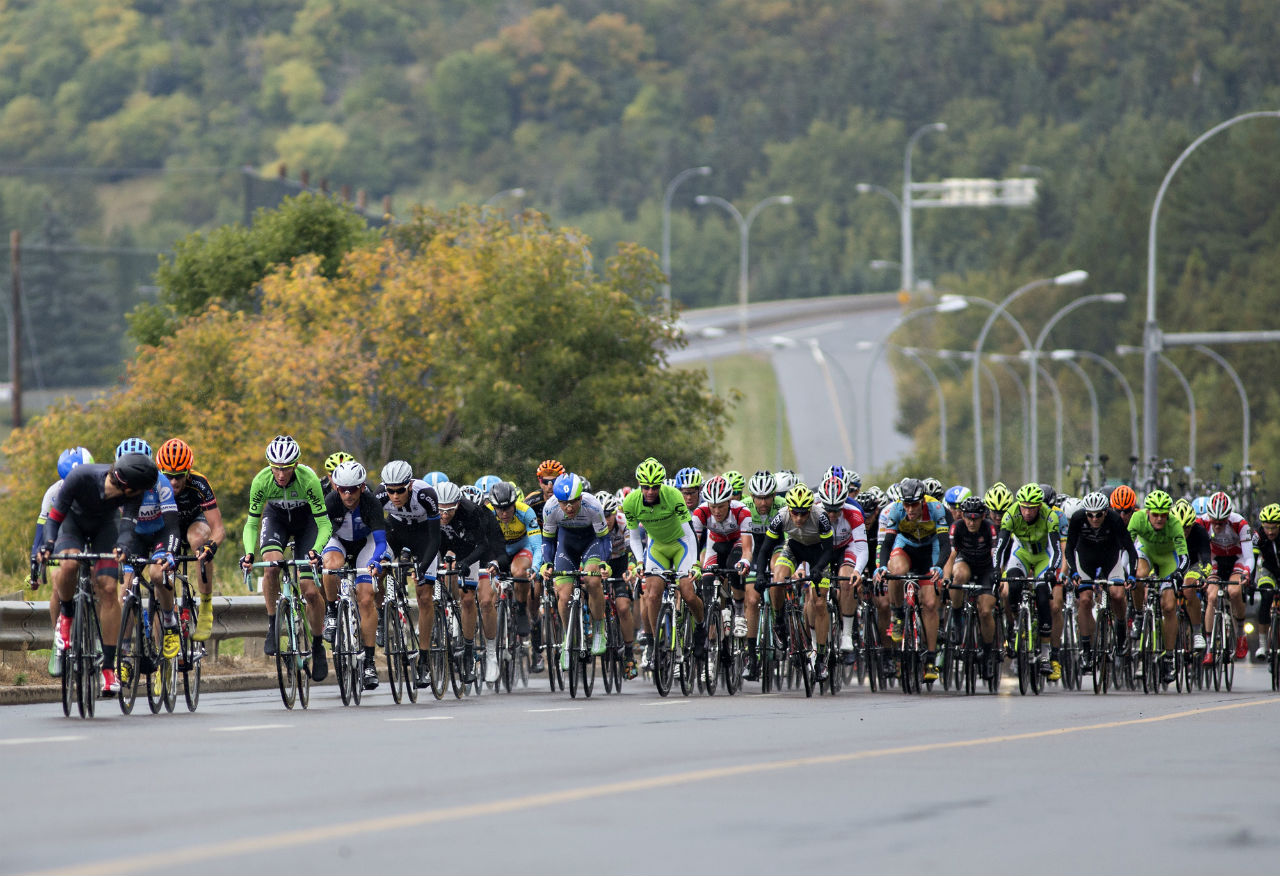 This is the premier professional road cycling stage race in Canada, featuring around 120 of the world’s best cyclists. The six-day race will have participants traversing Alberta’s diverse landscapes — from wildflower-strewn prairie to valleys deep in the Rockies — on both rural and urban roads. 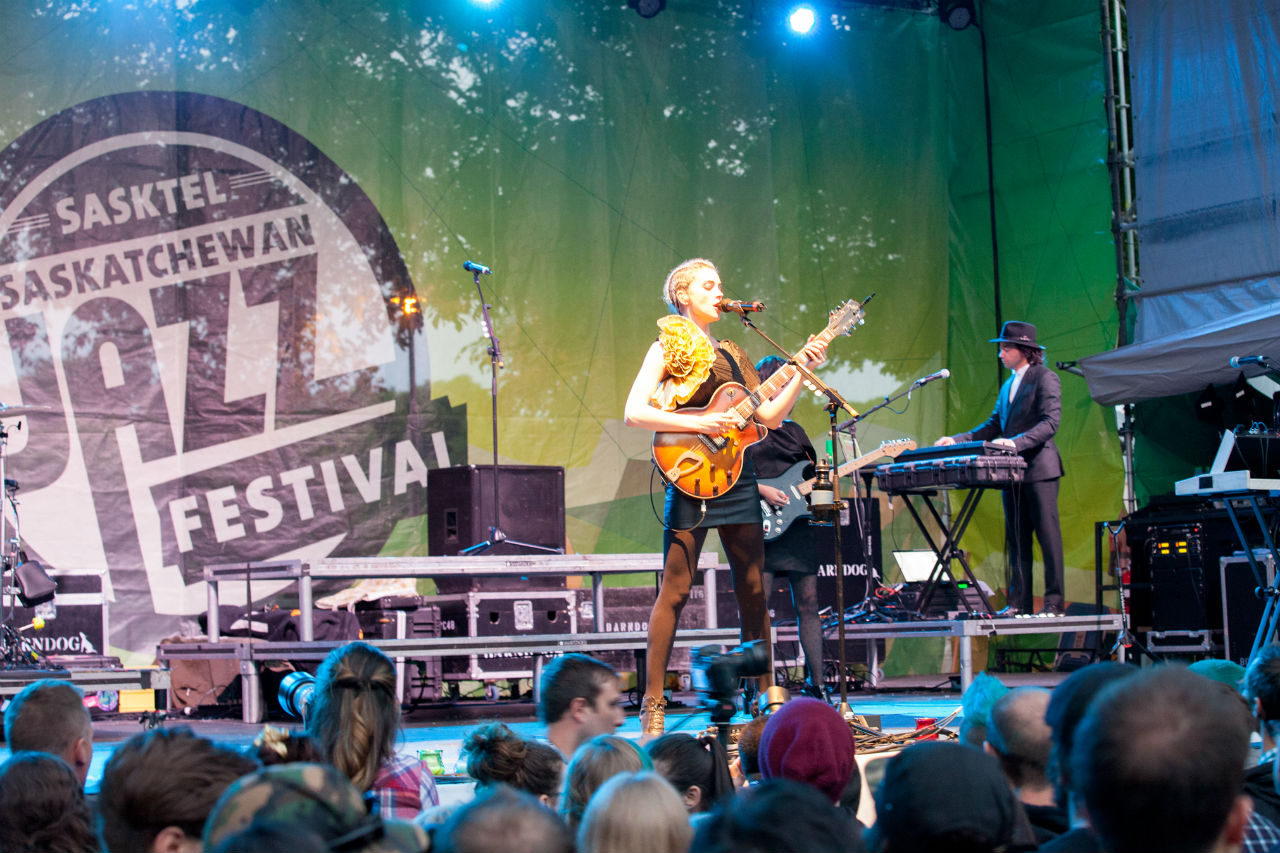 The main stage of the jazz fest is located in the backyard of the beautiful heritage Bessborough Delta Hotel, right along the South Saskatchewan River. This year’s lineup features Ms. Lauryn Hill, Metric, and the Tedeschi Trucks Band. Yes, there are bigger jazz festivals in Canada, but this one is a ridiculously fun time and a great option for anyone out in the prairies this summer. 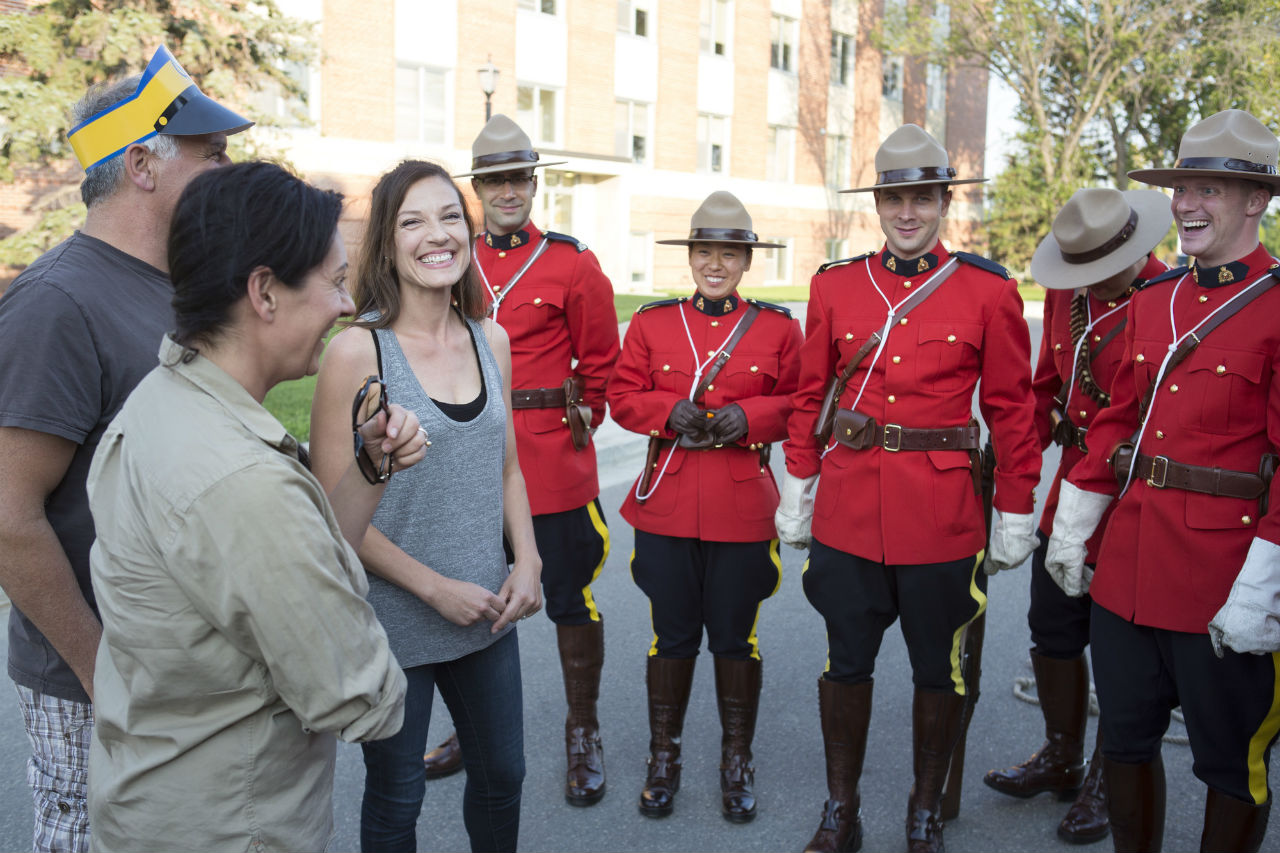 Regina is home to this free bilingual Canadian Signature Experience. Every Tuesday starting at 6:45pm, expect snare drums and bagpipes, Royal Canadian Mounted Police cadets in full dress uniform marching in unison, and booming cannons. The ceremony includes the lowering of the flag before being folded and retired for the night. It’s basically the most Canadian thing you’ll ever see. 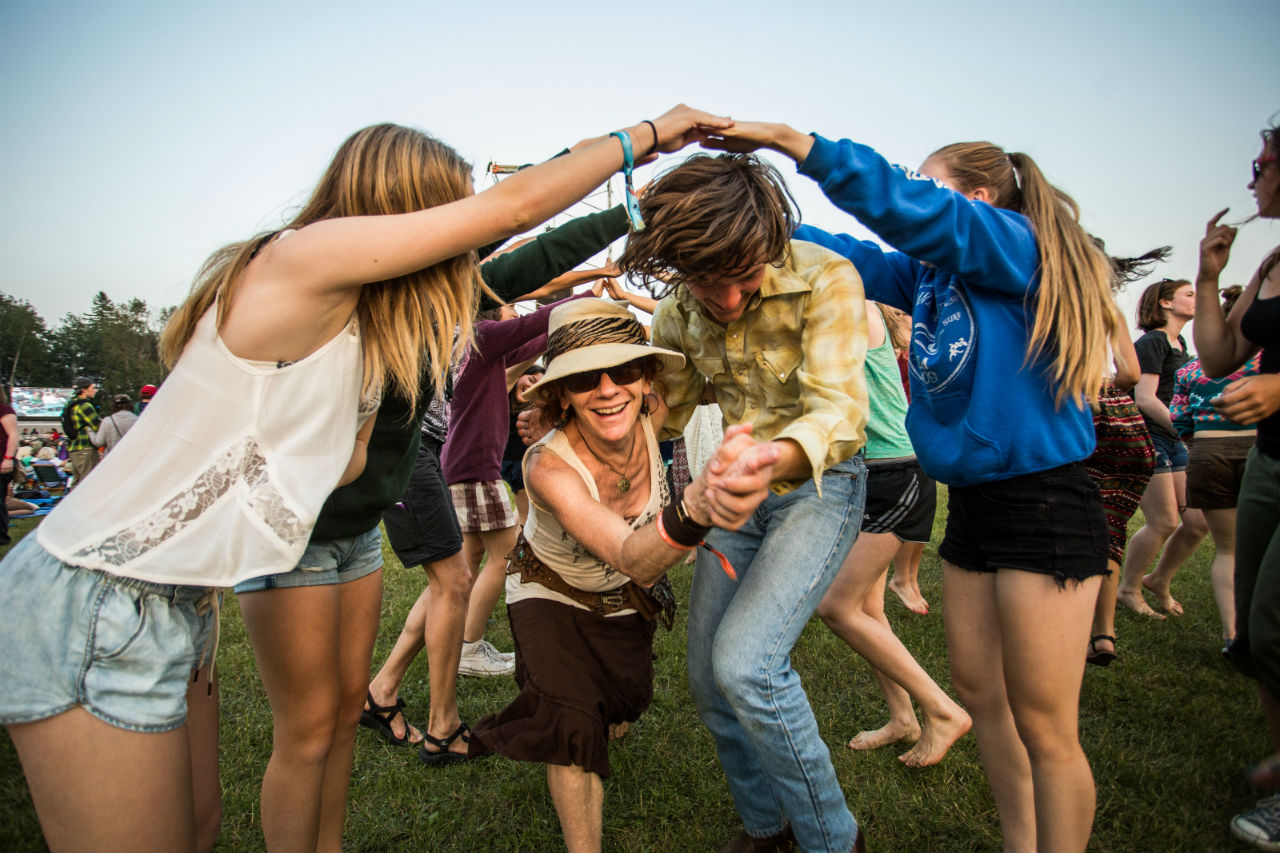 It’s one of the world’s best folk fests, attended by up to 80,000 each year. This year’s massive lineup includes Ryan Adams and The Head and the Heart, as well as international bands like Boogat (Latin America), Krar Collective (Ethiopia), and Yemen Blues with Ravid Kahalani (Yemen and West Africa). The festival was the first in Canada to be certified by the Eco-Logo Program as an environmentally friendly event. There’s no bottled water onsite, so bring your own refillable container (fountains located throughout the grounds) or buy one there. 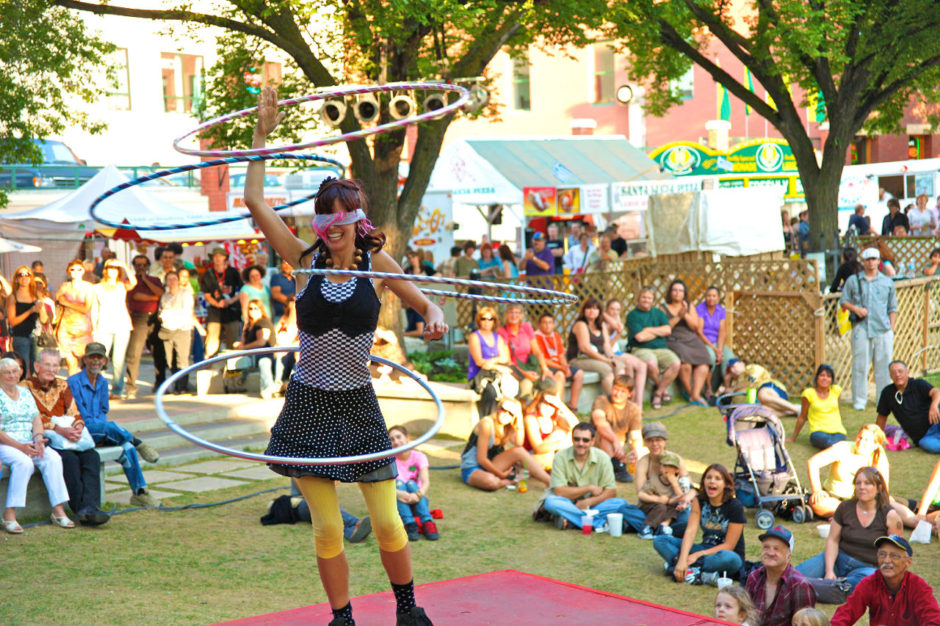 From midday to midnight for nearly two weeks in July, Winnipeg‘s Old Market Square goes off with world-class street performers, live music, food stalls, and easily the best people watching in town. The Fringe fest has been going strong for nearly 28 years and is recognized as one of the best of its kind in North America. These days it features 180 companies, both global and Canadian, performing shows that range from comedy to drama to musicals, dance, and improv at more than 30 awesome venues across downtown. Tickets are $10 for any show. 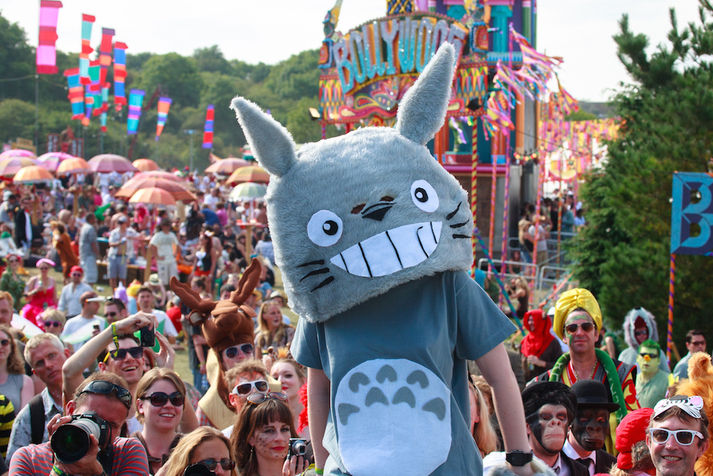 Started on England’s Isle of Wight ten years ago, Bestival was founded with the aim of creating “the perfect modern day festival.” That it is. This will be its second year in Toronto, this time at Woodbine Park. The Cure and Tame Impala headline a huge two-day lineup for 2016. Also playing: Jamie XX, Daughter, The Wombats…and Bestival isn’t just about the music. En masse costume parties, an inflatable church for wedding ceremonies, and Bollywood cocktail bars are exactly what to expect here. 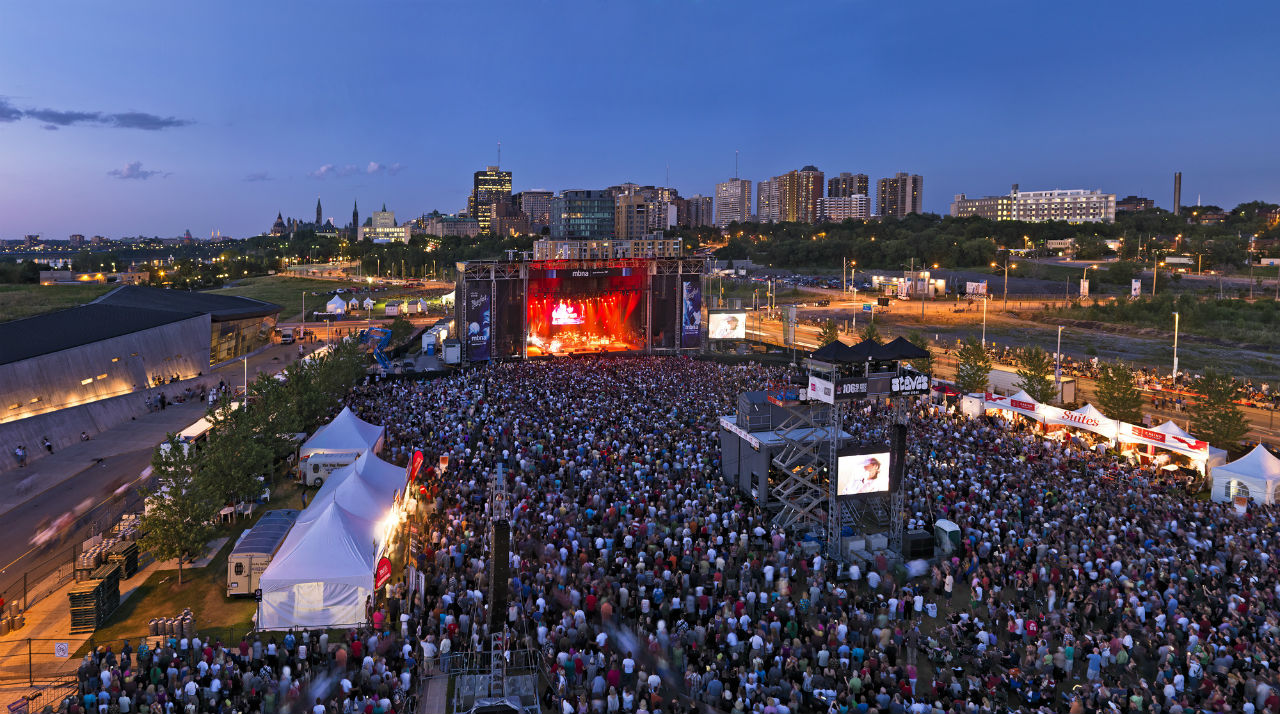 Besides awesome music, this festival in Canada’s vibrant capital city features multicultural foods, autograph signings, and silent auctions, and you can even visit the Canadian War Museum, as it’s in the middle of the site (LeBreton Flats, immediately upriver from downtown Ottawa). This year’s lineup features Billy Idol, Ben Harper & The Innocent Criminals, Nelly, the Red Hot Chili Peppers, and many more. 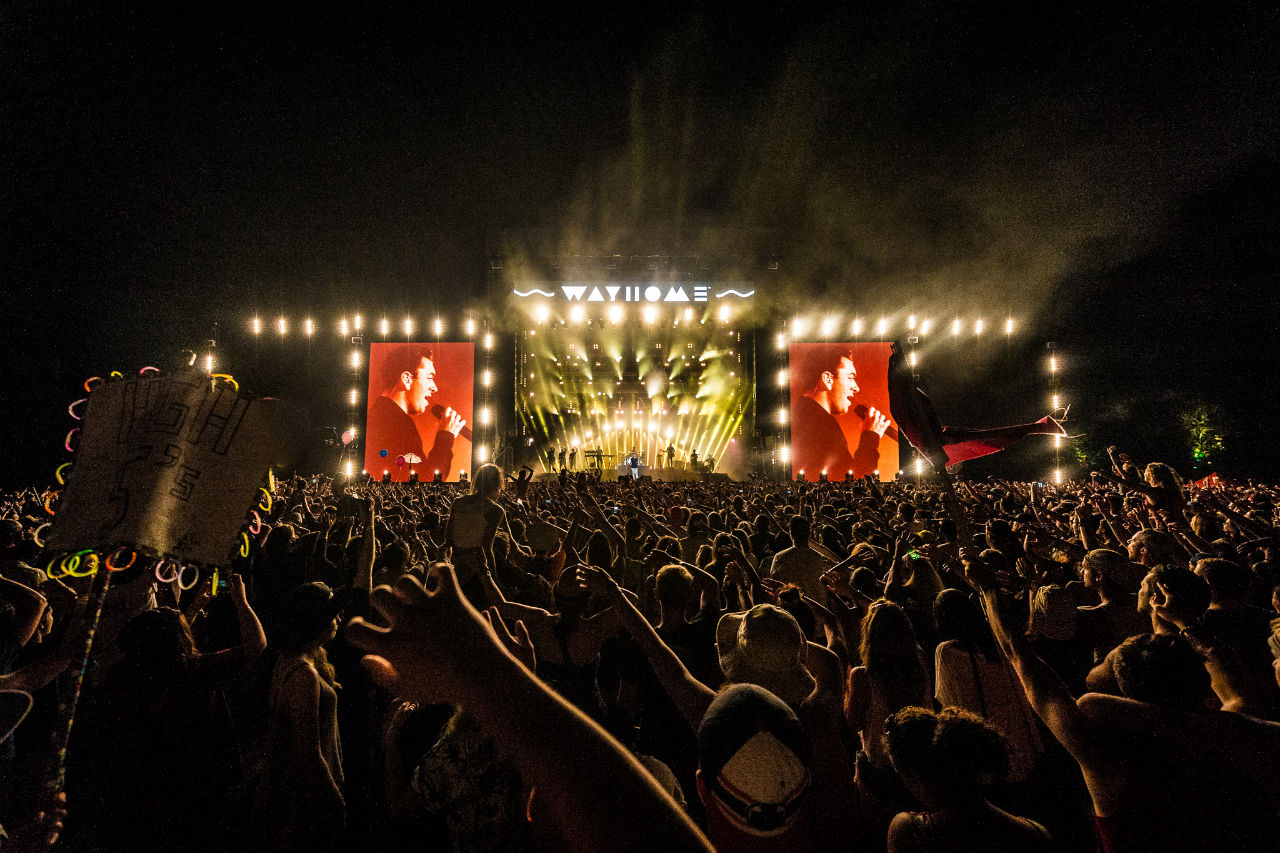 LCD Soundsystem, The Killers, Haim, Chvrches, homegrown rockers Arcade Fire…this year’s WayHome line-up is epic. Inspired by Coachella and Bonnaroo, this is the kind of music festival where you dance all day, camp out with kindred spirits, and make a million new friends in the process. If you’ve never experienced post-festival sadness (it’s a thing), you will after this one. It’s worth it. And of course, it’s just one of many incredible music festivals in Ontario. 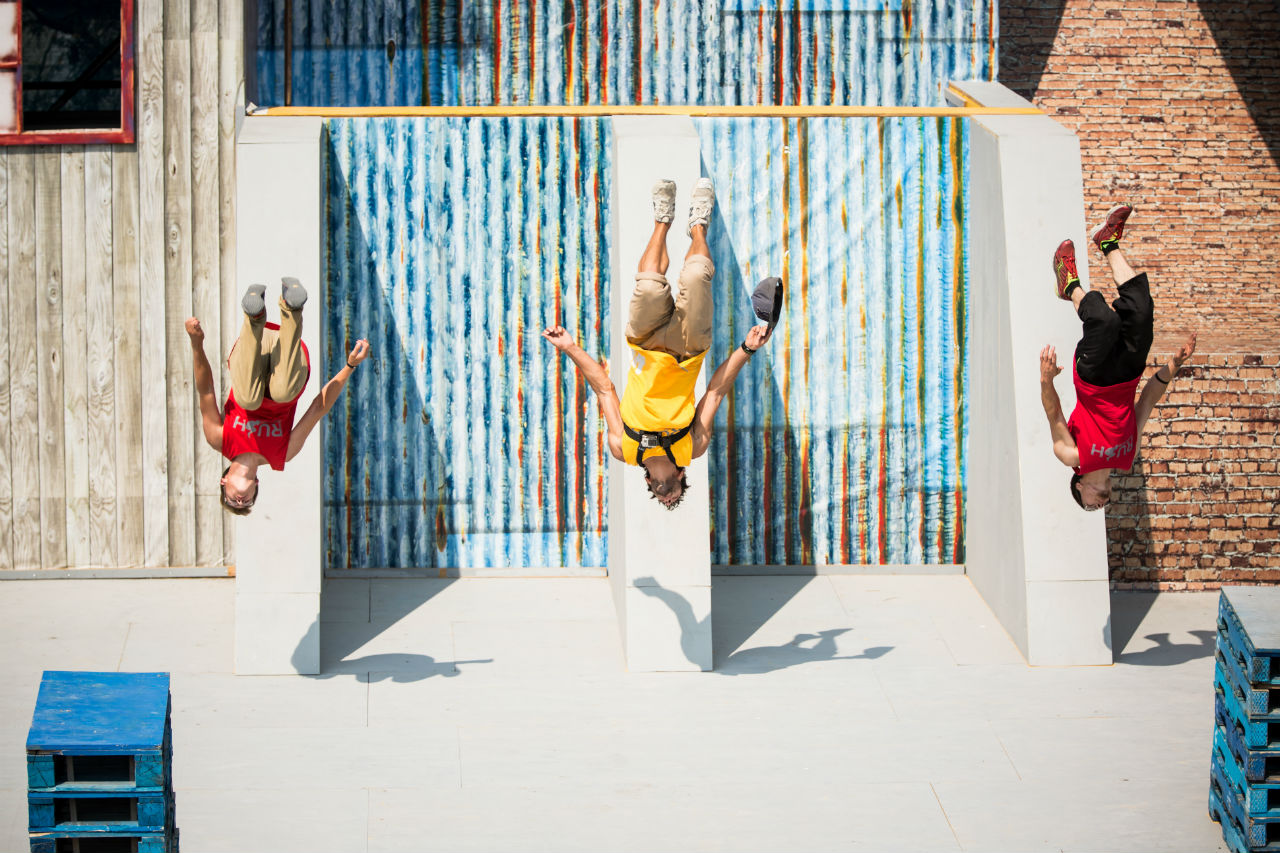 The CNE was first put on in 1879 and is today one of North America’s largest fairs. There’s an amusement park, an international air show, and all sorts of food and drink (including the awesome Food Truck Frenzy with trucks like Bacon Nation and Made in Brazil), performances, concerts, and other special events — something for everyone in the middle of Canada’s biggest city! 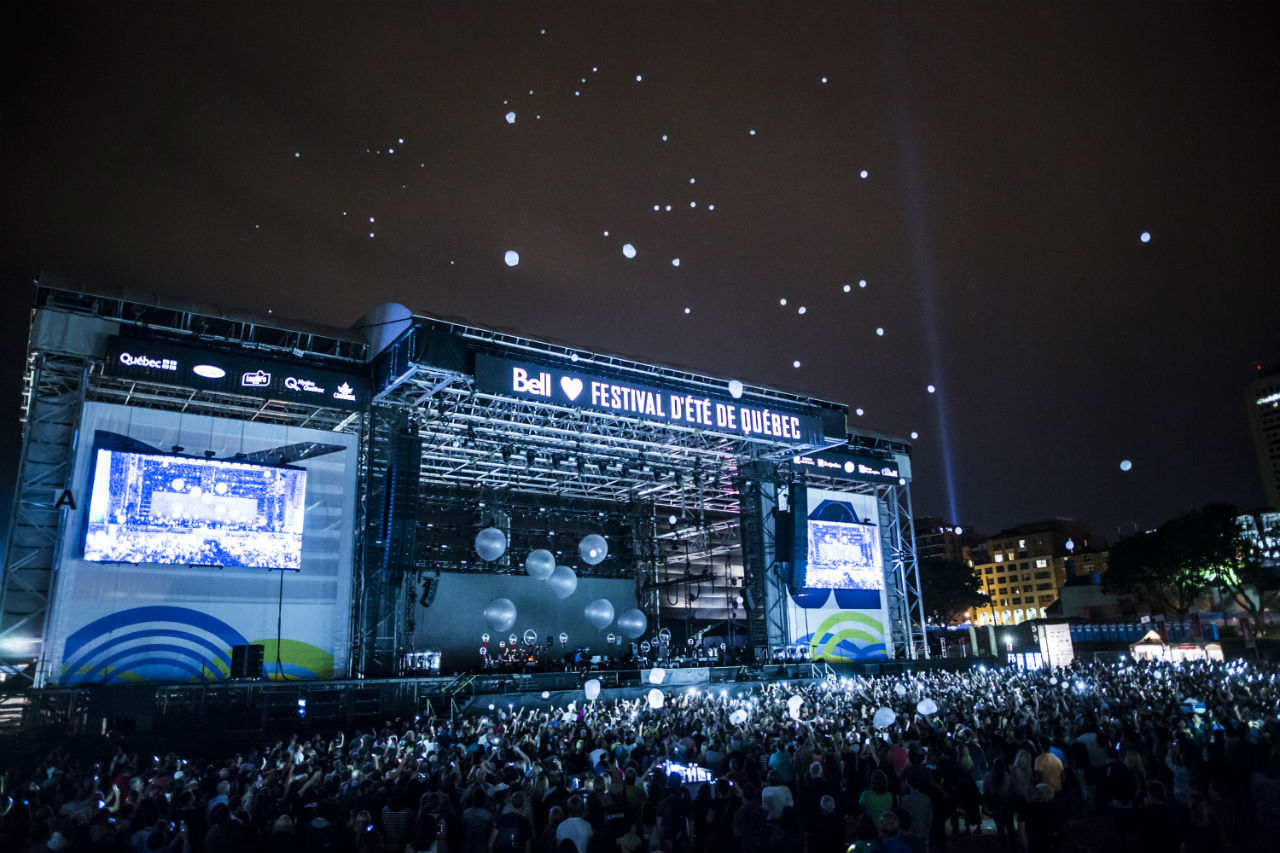 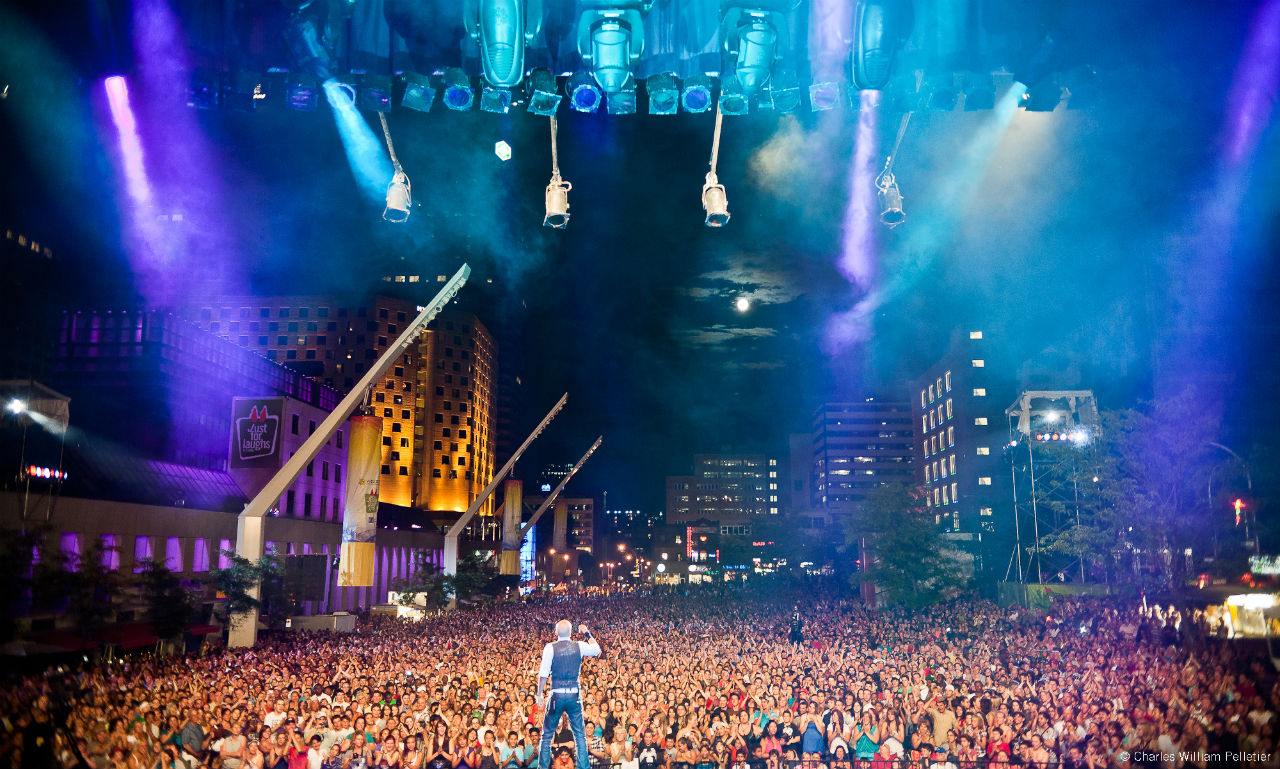 Held in Montreal, this festival is the largest and one of the most prestigious comedy events in the world. It regularly attracts over 1.3 million people every summer. Being one of them is worth a trip all on its own. 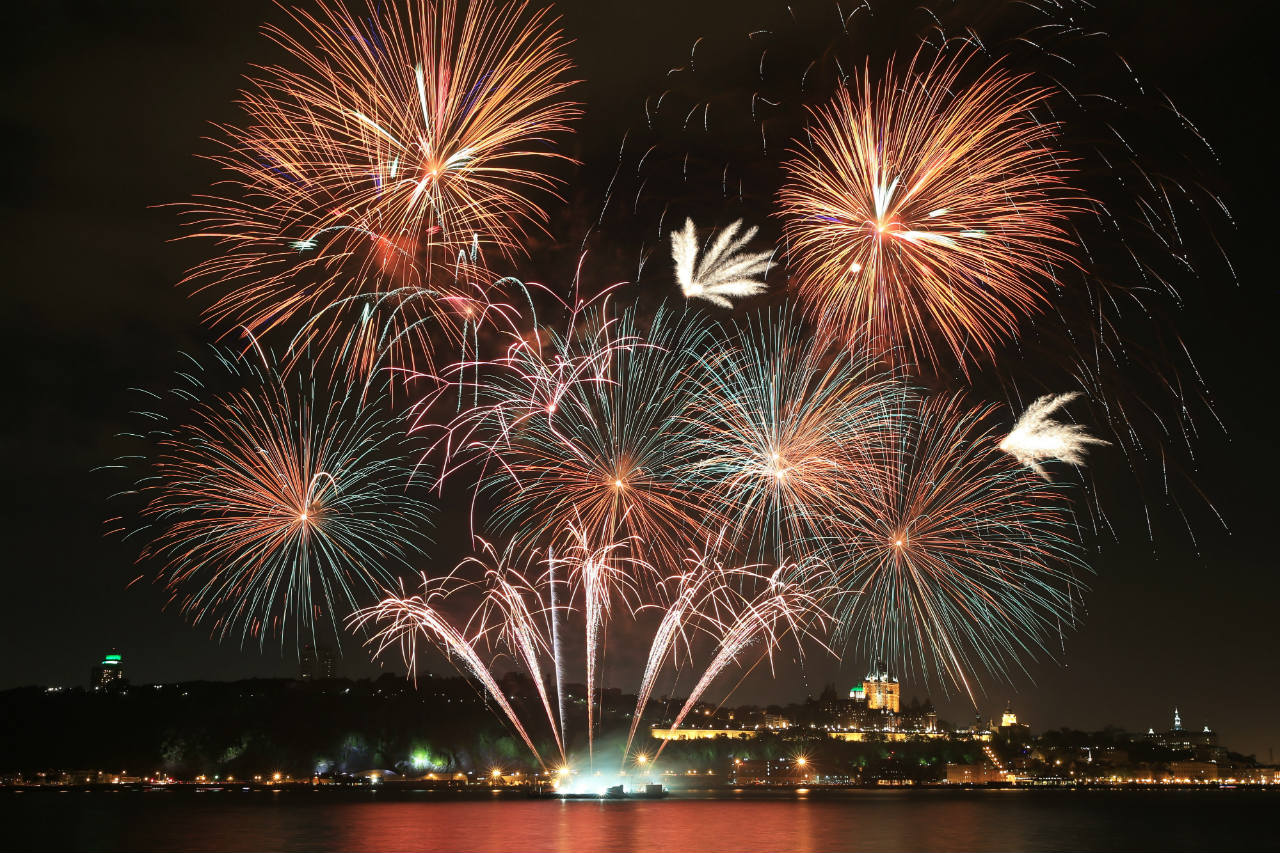 This year’s theme is yet to be announced, but you can be sure it’ll be an explosive event. Taking place on the banks of the St. Lawrence River in Québec City on Saturday and Wednesday evenings during the dates above, join the hundreds of thousands of visitors and residents to admire the flamboyant performances. Tremendous pyrotechnics, gorgeous backdrop. 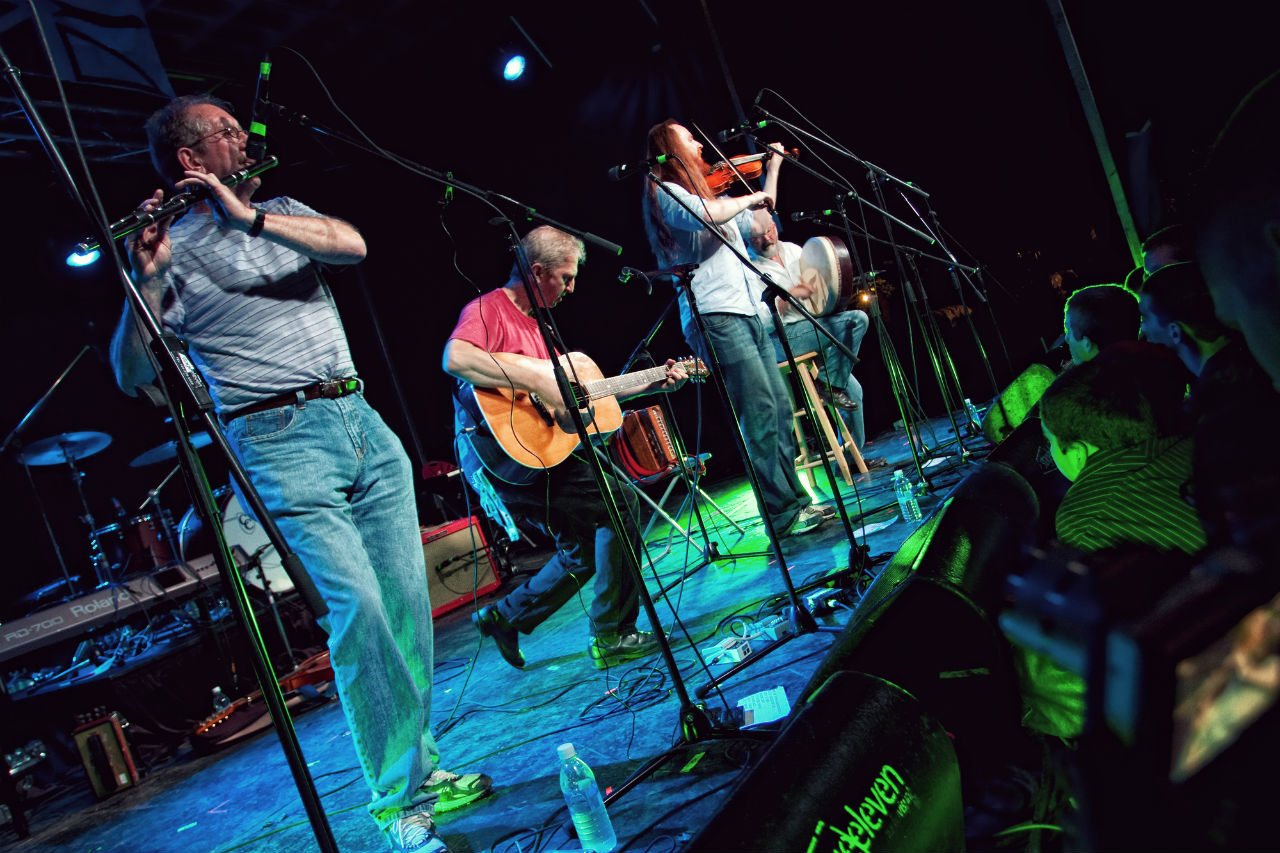 Like the rest of Eastern Canada, Newfoundland and Labrador has its own unique history and culture. This festival is an awesome way to sample the traditional lifestyle in these parts, featuring music, dancing, and storytelling with performers from around the province. 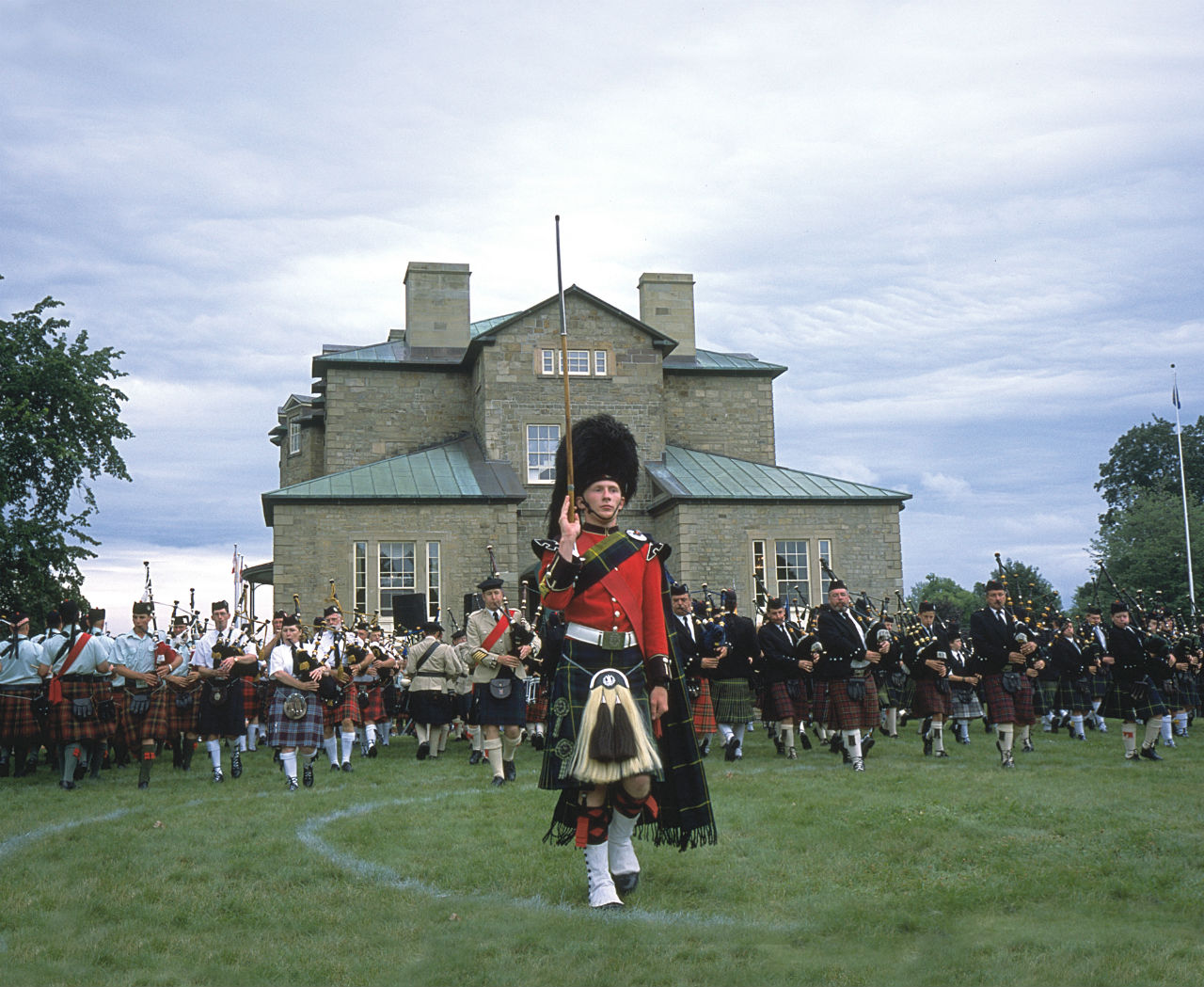 Around one in six residents of New Brunswick claim direct Scottish ancestry, and they celebrate that cultural heritage on the beautiful grounds of Fredericton’s Government House. It’s a weekend of bagpipes, Highland dancing, Celtic music, workshops, and Scottish food. There are also traditional sporting events like caber-tossing and a 5k kilted run. Genealogy resources will be available as well, so you can find out how much Scottish you have in you! 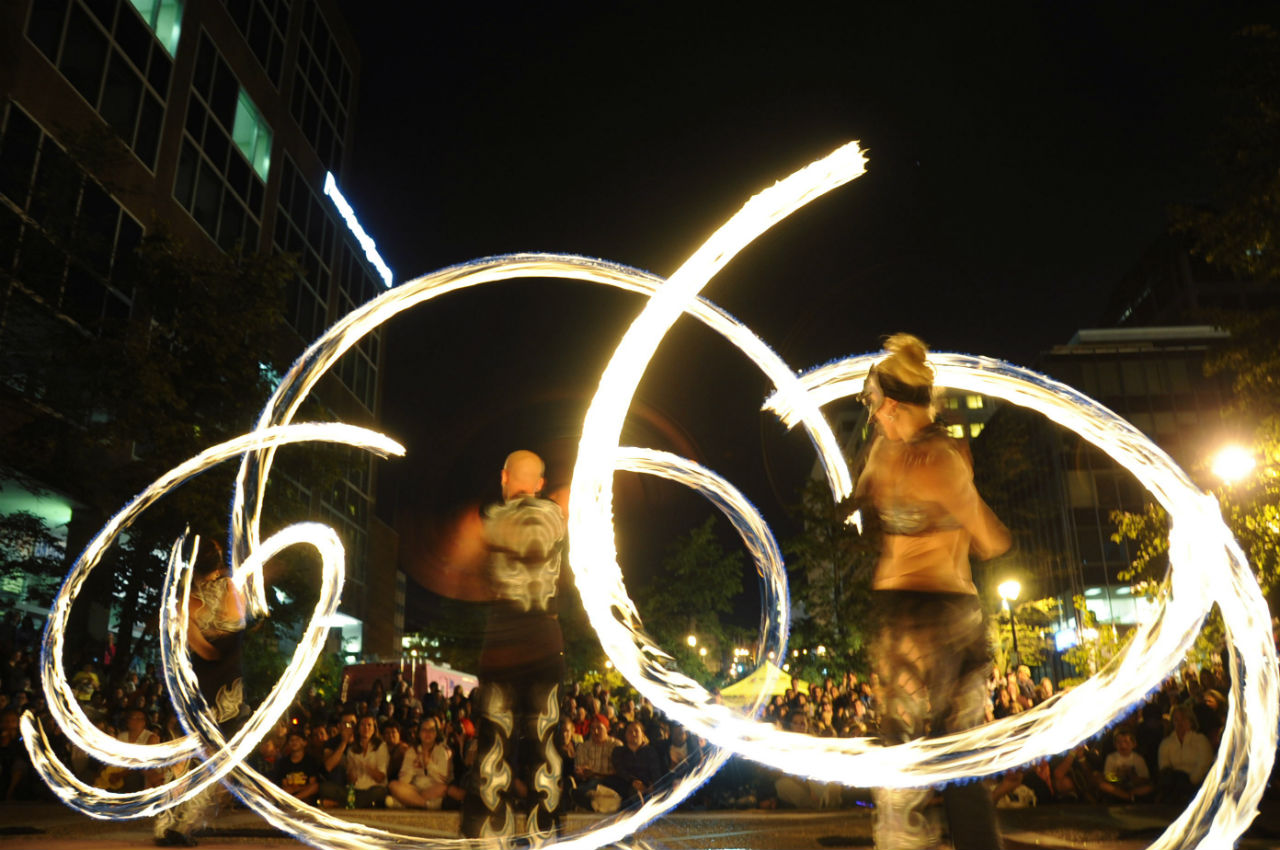 Now in its 30th year, this is the oldest festival of its kind in Canada. Top-notch buskers from around the world congregate on the Halifax Waterfront to deliver inspiring performances: acrobatics, comedy, juggling, visual art, music, fire shows, and more. It doesn’t cost a cent to attend, but you’re strongly encouraged to donate to the performers you enjoy (they are buskers, after all). 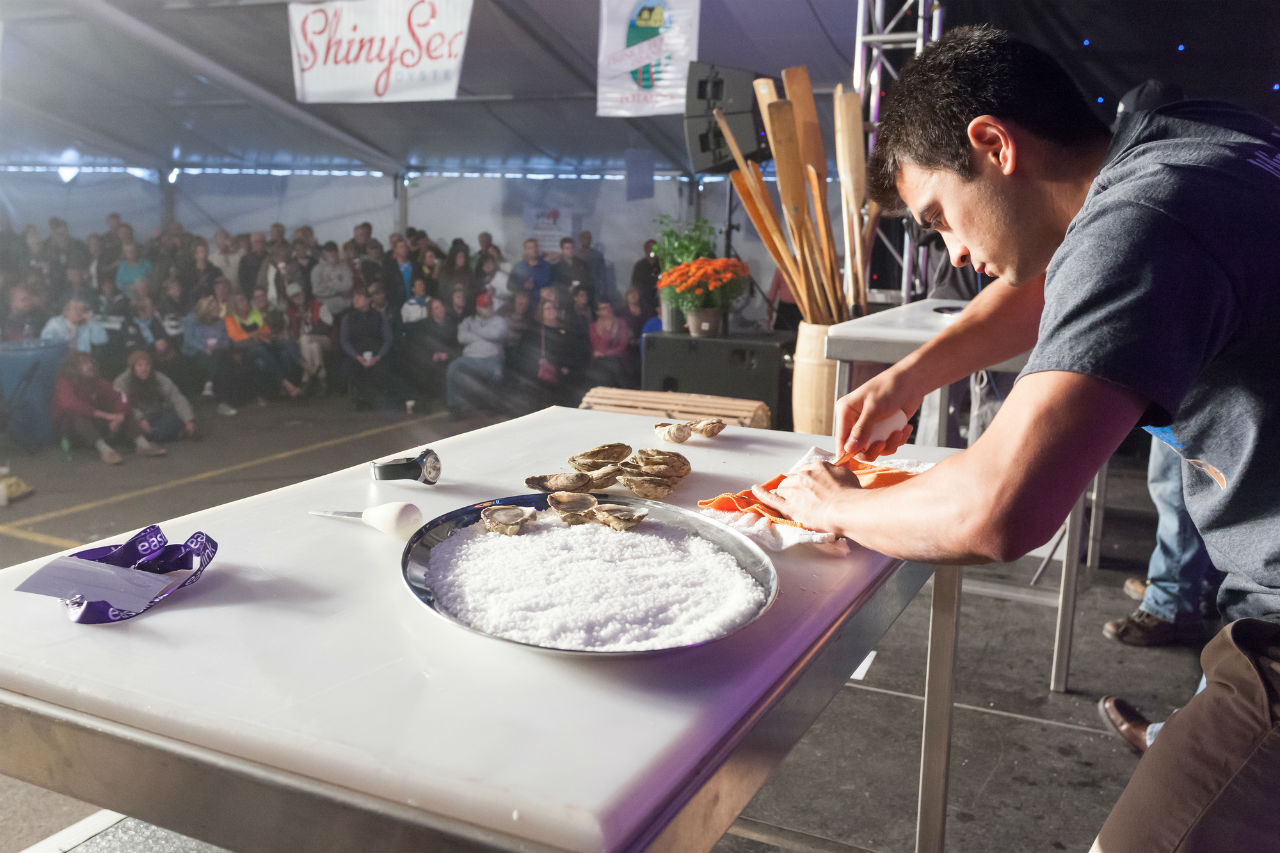 Culinary festival by day, kitchen party by night, this event is four days of culinary demos, celebrity chefs — last year it was Lynn Crawford and Ricardo Short — delicious dining experiences, and awesome potato seafood chowder and oyster shucking competitions. Take the bridge or catch the ferry, but don’t miss this one on beautiful PEI. 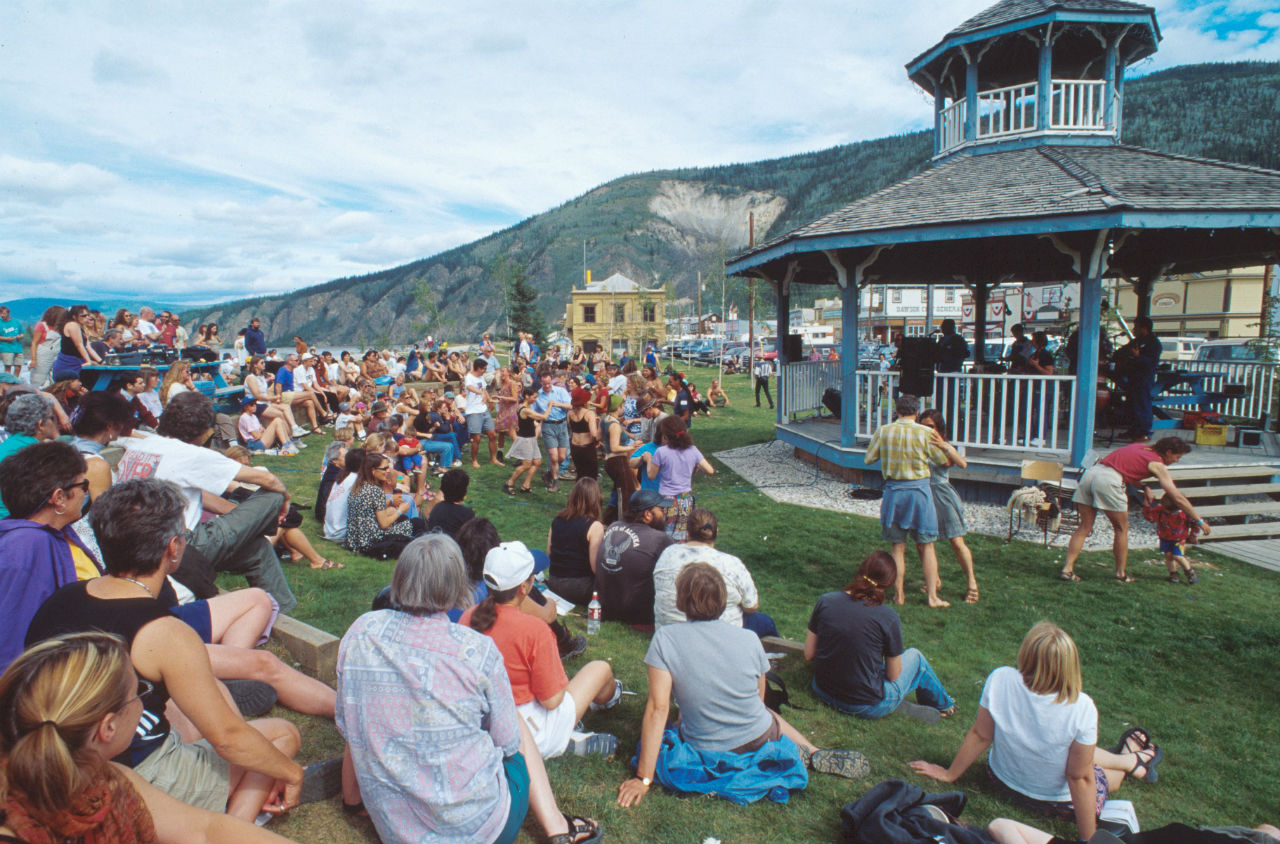 It started in 1979 as a weekend BBQ and has evolved to be the main event of the Yukon summer. You gotta admire that progression. Two-time Juno nominee Jenn Grant is one of the confirmed artists for 2016. 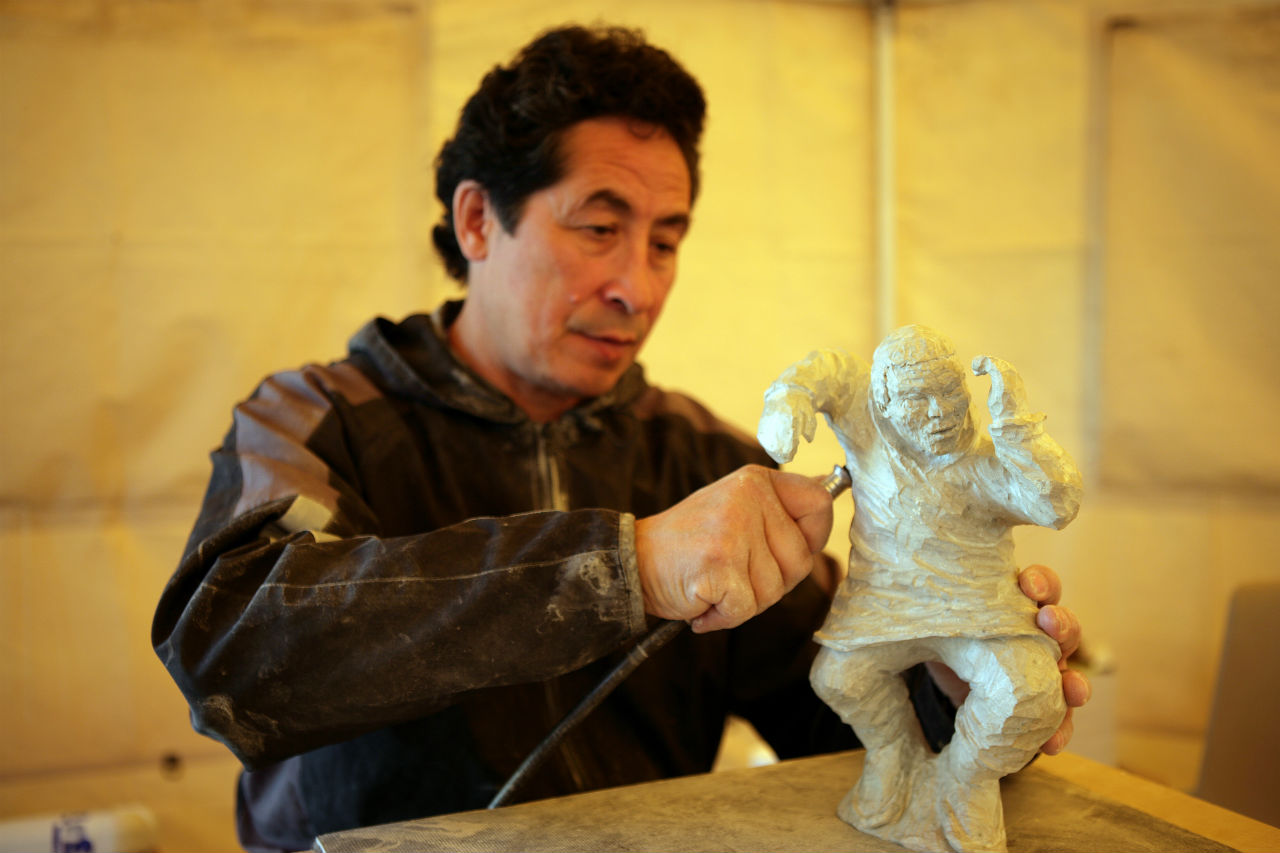 Inuvik is the home for this festival that primarily highlights visual artists and craftspeople living in Northern Canada. This year’s event features a jeweler from Whitehorse, a painter from Fort Good Hope, a carver from Yellowknife, and more. Workshops are also available for attendees. It’s a hike to get up here, but your effort will be rewarded! 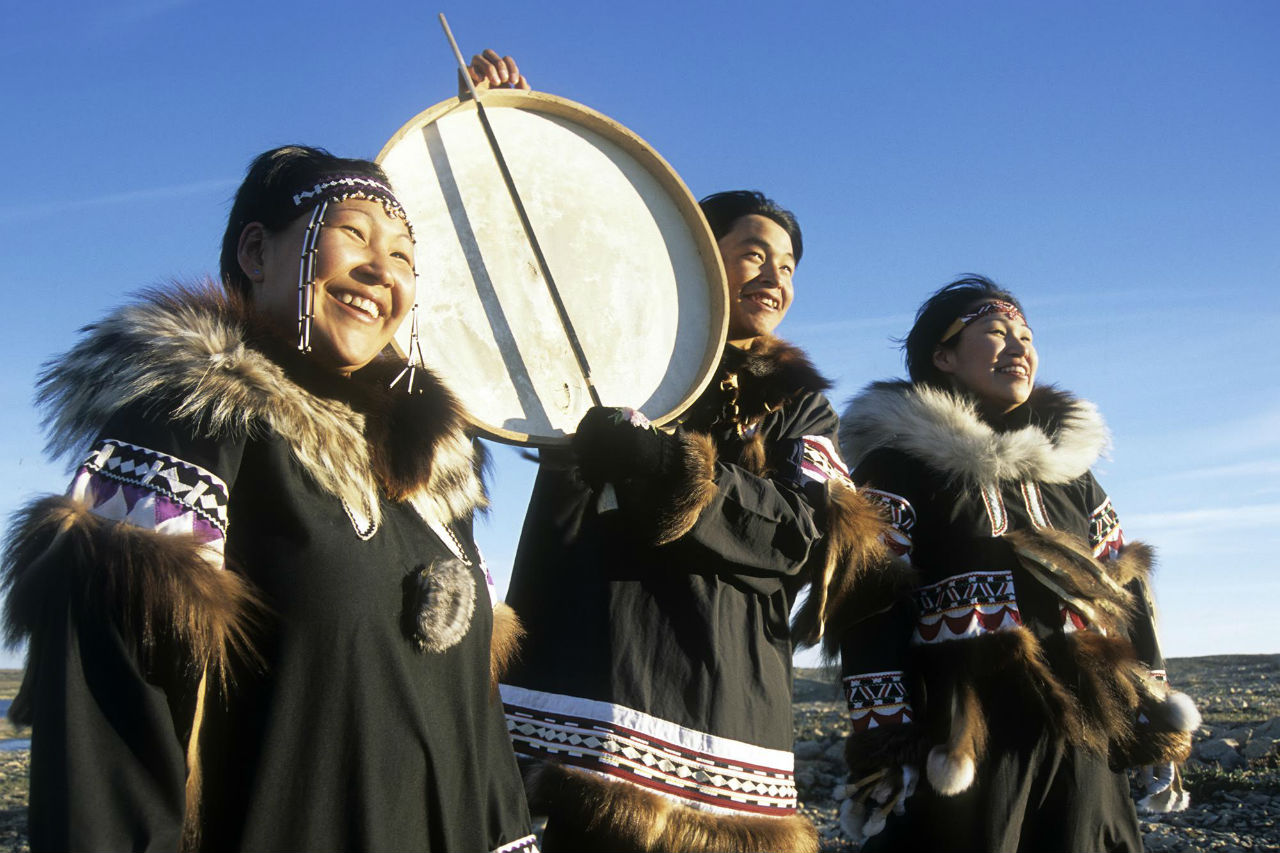 In the height of summer Nunavut gets 24-hour sunlight. Those arctic days get celebrated in a big way. Now in its 12th year, the Alianait Arts Festival brings together musicians, circus acrobats, dancers, storytellers, actors, filmmakers, and visual artists from around the world, all while keeping a spotlight on Inuit and other circumpolar artists.

This post is proudly produced in partnership with Destination Canada.
Tagged
Music + Nightlife Insider Guides Canada Canada: Keep Exploring
What did you think of this story?
Meh
Good
Awesome
✖
travelstoke
Download the mobile app
stoked by