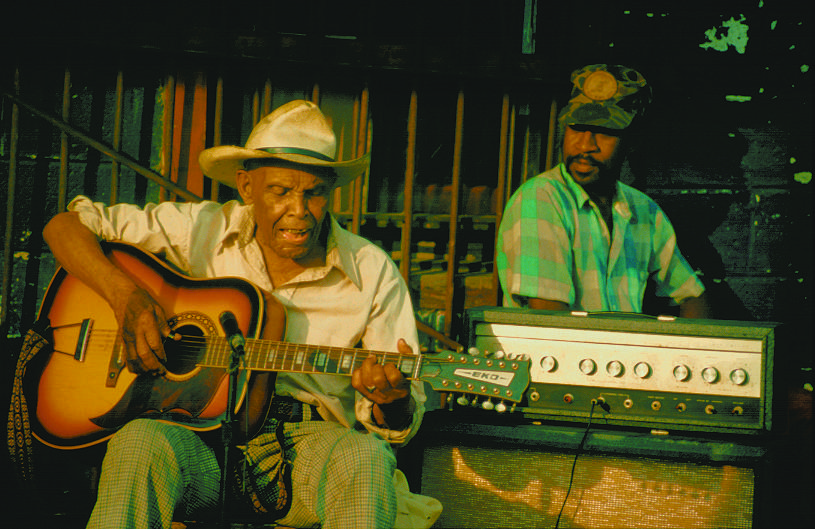 Home to the Bentonia Blues style and beloved literary figures, Yazoo County is known for the colorful Main Street of the county seat, Yazoo City, and for Bentonia’s Blue Front Cafe — the oldest juke joint in Mississippi, dating to 1948. At the Main Street Hotel, visit the No Smoking Smoke House, a popular venue rental that hosts lively First Friday blues and oldies performances.

Willie Morris, the influential editor of Harper’s Magazine during the ’60s and author of My Dog Skip, loved the serenity he found in cemeteries, particularly Glenwood Cemetery in Yazoo City. After his death in 1999, he was buried 13 paces from the infamous Witch of Yazoo City, whose story he’d loved to tell. Legend has it that the witch broke through a chain-link fence surrounding her grave and took revenge on the city in 1904, burning it down. Fans and loved ones are known to leave one of Morris’ favorite treats, moon pies, at his grave.

Ten years after Hurricane Katrina ravaged the Mississippi Gulf Coast, Bay Saint Louis has made a comeback, rebuilding itself as a creative coastal town marked by art walks and festivals, picturesque beaches, boutiques, seafood restaurants, and a famous Old Town. Mockingbird Café, an oasis during the post-storm chaos, pays tribute to the spirit of volunteerism showcased in Bay Saint Louis by citizens and volunteers during the hurricane’s aftermath.

Today, Bay Saint Louis (population 10,822) is the fastest-growing city in Mississippi, with local leaders declaring it “back and better than ever.” In spring 2014, the Bay Saint Louis Municipal Harbor and Pier opened, the last post-Katrina FEMA project designated in the city. 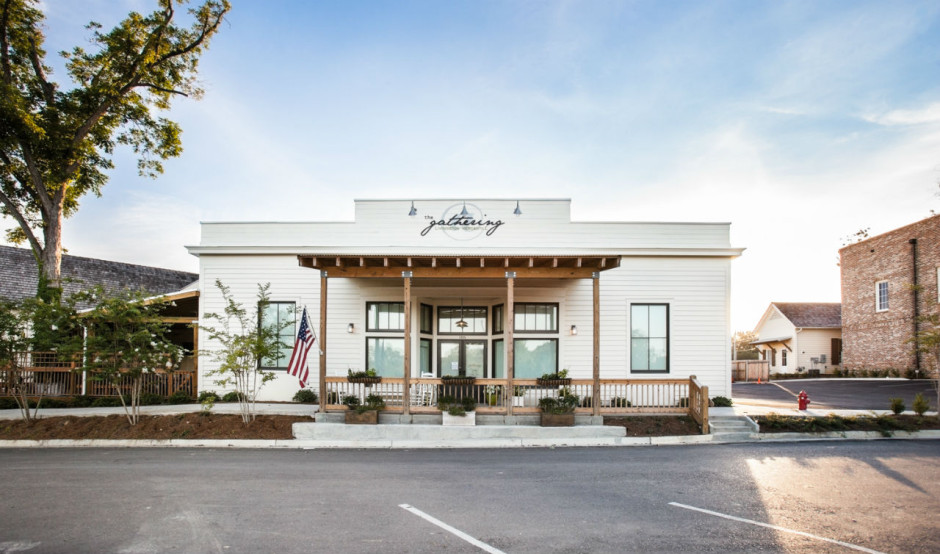 Photo: The Gathering at Livingston Mercantile

Flora is a tight-knit, down-to-earth community of about 2,000, and everyone prides themselves on knowing their neighbors. Home to the only petrified forest in the Eastern United States, here you can tour ancient trees on the nature walk, and visit the Earth Science Museum and gift shop filled with petrified wood, fossils, and minerals. Once a stop on the Yazoo and Mississippi Valley Railroad, the town has also transformed its former train depot into a museum that’s listed on the National Register of Historic Places.

Neighboring Livingston, an unincorporated Madison County community, is home to Livingston Mercantile, where you’ll find a brilliant Southern restaurant and bar, The Gathering, that focuses on fresh local food. The Mercantile also has a gourmet grocery store selling produce from nearby farms, along with an upscale convenience store and fuel station. The Livingston Farmer’s Market has become a summertime staple for live entertainment, and the local produce on offer includes everything from lip balm made by Mississippi Bees to pottery and cold drip coffee.

Mississippi’s third oldest settlement, Port Gibson (population 1,455) had its historic buildings spared by Ulysses S. Grant during the Civil War because he believed they were “too beautiful to burn.” North of Port Gibson lies the Windsor Ruins, a mansion-turned-Civil War hospital and observation station. Windsor Mansion weathered the war, but in 1890 it burned in an accidental fire that left only 23 columns of the original structure standing. The Grand Gulf Military Park, north of Port Gibson, dates to 1962 and preserves both early settlement and Civil War artifacts in the community.

Port Gibson also pays homage to the Civil Rights Movement with a permanent exhibit called No Easy Journey. And a Mississippi Blues Trail Marker commemorates the Rabbit’s Foot Company, a traveling African-American vaudeville show launched by entrepreneur Pat Chappelle in the early 1900s; performances continued under different leadership from 1912 until 1959.

Another story of post-Katrina revitalization along the Mississippi Gulf Coast lies on the eastern shore of Biloxi Bay in Ocean Springs. Nicknamed “the Gem of the Gulf,” this eclectic coastal community of 17,493 is where to go for great food, art, and music.

Ocean Springs is home to the Walter Anderson Museum of Art, which celebrates the late painter and writer Walter Inglis Anderson. The family legacy continues in the Shearwater Pottery showroom and workshop, where the next generation of Andersons continues to produce fine clay ceramics.

This melting pot of academics, artists, farmers, and musicians was once a railroad hub and agricultural center. Today, Water Valley is home to a burgeoning arts scene, enticing real estate prices, historic architecture, and the famed BTC Grocery. “A small-town grocery with big-city food,” BTC embraces the local food movement and has gained national attention for its Dixie Belle Café. 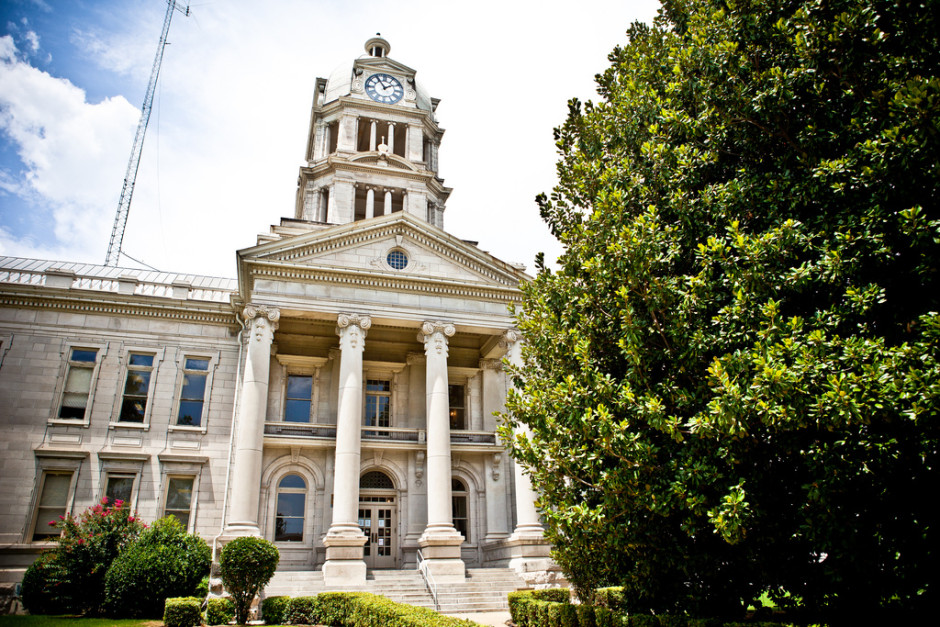 Popularized by the Delta blues guitarist Robert Johnson, and more recently in the 2010 film adaptation of Kathryn Stockett’s bestselling novel The Help, Greenwood was at the heart of protests and voter registration efforts during the Civil Rights struggle of the 1960s. The Mississippi Blues Trail has eight markers in Greenwood, including one at the grave of Robert Johnson and one at the site of former radio station WGRM, where B.B. King was first broadcast in the 1940s. (Note: The B.B. King Museum and Delta Interpretive Center in King’s hometown of Indianola is a 40-minute drive west).

Greenwood is nicknamed the Cotton Capital of the World, and it houses the second largest cotton exchange in the US. A lion’s share of the nation’s farm-raised catfish also originates in Leflore County, and the quality of the seafood you’ll taste in the restaurants here is incredible. Check out the renowned Giardina’s in the Alluvian Hotel and Spa (where you’ll also find the excellent Viking Cooking School).

Proclaiming itself the “Sweet Potato Capital of the World,” the little town of Vardaman hosts a popular Sweet Potato Festival each year in early November. The century-old sweet potato farming tradition continues today, with fourth- and fifth-generation growers carrying on the legacy, and each year sweet potato sheds line Calhoun County roads during harvest season. Sweet Potato Sweets, a local bakery, finds inventive ways to bake sweet and savory goods with the region’s crop, encouraging visitors to bring an appetite as they sample treats and tour the site.

A neighborly community of 11,217, West Point “preserves, promotes, educates and celebrates” Mississippi blues heritage through the Howlin’ Wolf Memorial Blues Festival, Museum, and Society. Other local attractions include the annual Prairie Arts Festival, which takes place the Saturday before Labor Day; pristine public parks like the Kitty Dill National Memorial Parkway, one of the first Rails-to-Trails projects in the state; the Old Waverly Golf Club and its antebellum-style clubhouse; the Waverly Plantation Mansion; and a handful of high-quality museums displaying regional artifacts.

Philadelphia features in multiple chapters of US history. It was once the center of the Choctaw Nation, but with the encroachment of European settlers came the Indian Removal Act of 1830 and the Choctaw Trail of Tears that forcibly relocated members of the Nation to lands west of the Mississippi River. More than a century later, when three young activists were killed here in June, 1964, during the Civil Rights Movement, national outrage spurred the passage of the Civil Rights Act of 1964 and Voting Rights Act of 1965. Later, football player Marcus Dupree got his start at Philadelphia High School, gaining an ethnically diverse group of fans during the late 1970s and early ’80s.

These stories set the backdrop for culturally rich traditions in the community today. The 126-year-old Neshoba County Fair, or “Mississippi’s giant house party.” And the Choctaw Indian Fair, dating to 1949, takes place each July to celebrate and share Choctaw culture and heritage — just one of many examples of how the past interacts with the present in Mississippi’s small towns.

This post is proudly produced in partnership with Visit Mississippi.
Tagged
Travel Mississippi, United States Mississippi: Soul of the Blues
What did you think of this story?
Meh
Good
Awesome
✖
travelstoke
Download the mobile app
stoked by