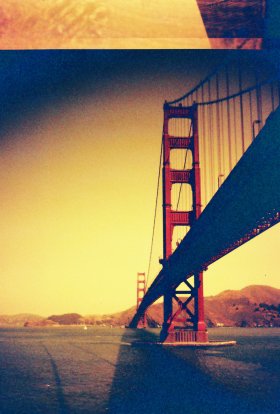 Fisherman’s Wharf sounds like it was really cool 60 years ago, when fishermen actually sold the day’s catch to locals.

Nowadays, it’s the most unabashed, soul-sucking tourist trap in San Francisco, filled with corporate chains, barking sea lions, and gutterpunks posing for photos with Japanese tourists. It’s also a haul from any other cool attraction.

Do… go to the Ferry Building

If you want to check out the piers and see how folks are eating in SF today, hit up the Ferry Building. The renovated landmark is home to local farm and food boutiques, and hosts weekly, year-round farmers markets. Foodie indulgences draw locals and tourists alike, but beware: the fancy cheeses and organic produce add up.

Also, be sure to stop by cult favorite Blue Bottle Coffee.

Not because I have anything against seeing a city from atop a moving vehicle, but because it’s damn cold up there. Double-deckers are great for views, but they’re also great for catching damp gusts of fog and ocean wind.

Those grim, purple-lipped faces are mildly amusing from the street, but you don’t want to be one of them. 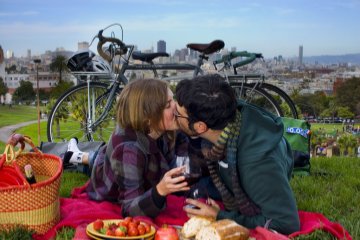 One of the city’s best views is along the J-Church line, when the streetcar heaves up the steep incline to the top of Dolores Park. All of downtown, the Bay, the bridge, and the East Bay are splayed out in front of you, plus the sunning hipsters of San Francisco’s trendiest green space.

The J-Church is a part of SF’s MUNI mass transit system, meaning a ride is only $2 (unless you sneak through the back doors for free).

3. Don’t… eat at the Cheesecake Factory

Really? One of the best dining destinations in the U.S., maybe the world, and that’s the best you can do? Sure, Union Square looks pretty all lit up at night, but come on.

The San Francisco Chronicle’s annual Top 100 Restaurants list is like the Michelin Guide for the Bay Area. Every restaurant that takes itself seriously competes to make the list, while cult followers and die-hard foodies try to eat at all 100 in the course of a year.

Check out last year’s list and an interactive map on the Chronicle’s website. My recommendations: NOPA, Delfina, Slanted Door.

Nothing says douche-tard quite like an Ed Hardy shirt. They’re especially offensive in the city where Ed Hardy rose to fame — and still tattoos. 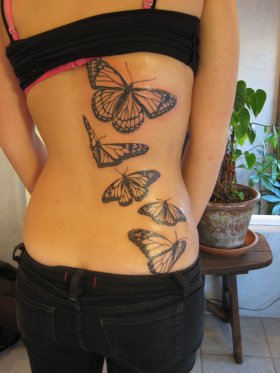 Do… get a real tattoo

You know what looks more like a tattoo than an Ed Hardy shirt? A real tattoo. You could cough up the $200/hour and get your own Ed Hardy piece at Tattoo City or visit one of the many top-notch shops in the city.

My recommendations: Black Heart, Everlasting, and Skull and Sword.

5. Don’t… stand on the wrong side of the escalator

Never mind complaining about the steepness of hills or gasping at buttless chaps. The most egregious offense a visitor can commit is blocking the bustling flow of businessmen and bike messengers in the MUNI and BART stations.

We got places to go.

The Haight Ashbury’s era as a hippie haven of flower-laced acid trips ended about, oh, 40 years.

And Twitchy McGee over there muttering “doses, doses” is really not the guy you want to trust your money or psychiatric well-being with.

Do… take a trip to Oaksterdam

If you’ve gotta get high, head over to Oaksterdam. Near the 19th Street BART station in Oakland, this is the Bay Area’s premier medical marijuana district, complete with a gift shop and university, schooling pupils in the how-tos of the cannabis industry.

Be aware that you’ll need a doctor’s note to purchase those grapes. 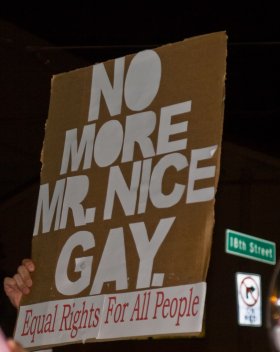 It’d be like going to Israel to spout anti-Semitism.

Do… go to the Eagle Tavern

Really feel the need to spew gross bigotry? Take it down to the Eagle, the famous SOMA leather-daddy dive bar. Those guys’ll be glad to engage in a healthy, uh, debate.

8. Don’t… ask where all the black people are

San Francisco likes to advertise its progressive thinking and liberal policies, but it has a dirty secret. The City by the Bay has been bleeding its African-American population for decades, since a 1950s “urban renewal” project bulldozed through the heart of the Fillmore, the “Harlem of the West.”

Post dot-com-boom, the black population of San Francisco has dwindled to a pathetic 7%.

Do… smile politely at the city’s claims to diversity

San Francisco is culturally and artistically vibrant — but when it comes to race and socioeconomics, the diversity train left the city over a decade ago.

For an excellent exploration of the African-American quandary in SF, rent the indie flick Medicine for Melancholy. Just don’t discuss it loudly over dinner.

We’re like sailors who don’t notice we’re swearing. And when you point out every single usage of our most identifiably awesome intensifier, it makes you stand out as a non-native who’s not down.

Because, really, we know you’re just jealous you’re not from the Sucka Free, Yay Area.

Rolls of the tongue so sweet and smooth…

What did you think of this article?
Meh
Good
Awesome
Bookmark
Posted In
Travel Trip Planning
Destinations
California, United States

Mariposa is the best place to base your Yosemite trip, even if it’s out of the way

An entire town in Southern California is up for sale