This video was one of the craziest projects I’ve ever worked on. Topdeck Travel called and asked if I would be interested in producing a two-minute European-roadtrip timelapse. Sounds easy right? Well, I only had two weeks to shoot all the footage and one weekend to plan the whole trip.

We left Krakow, Poland and drove to Prague in the Czech Republic. I planned to spend one day shooting and one day traveling to the next location. It was to be a drive-shoot-drive-shoot and repeat type of trip.

Our route was the same as it appears in the video with only one exception — in order to save time, we left our car in Paris and hopped a flight to Barcelona where we spent two nights before flying back to Paris to resume the roadtrip. So, we shot France before Spain, but the other locations are in the correct order.

After the 5,000-km trip we returned to Krakow, where we had a few days to relax. I printed out a fake magazine with Eva’s photographs in it so we could shoot the intro and outro scenes. I had a last-minute idea to use a dog but there was only one problem — we didn’t have a dog. Later that evening when we were out with friends, I saw a guy walking his beautiful dog down the street. I quickly asked if his dog wanted to be a movie star…fortunately, he did. Thank you White (dog) and Janek (owner)!

We picked the music track, and I edited it and made a preview storyboard — I wanted to know how many pictures to shoot for each scene. I used the same general idea in my previous videos: “PERU & BOLIVIA a stop-motion journey,” “GEORGIA hypertravel,” and “#NYC,” but I wanted to have a different kind of transition in each country and still keep a nice flow. I have to admit that at the time we were shooting the first location I was still missing two transitions. So we had to be spontaneous. But you will have to guess which ones are those. Hope you enjoy the fastest European roadtrip ever! 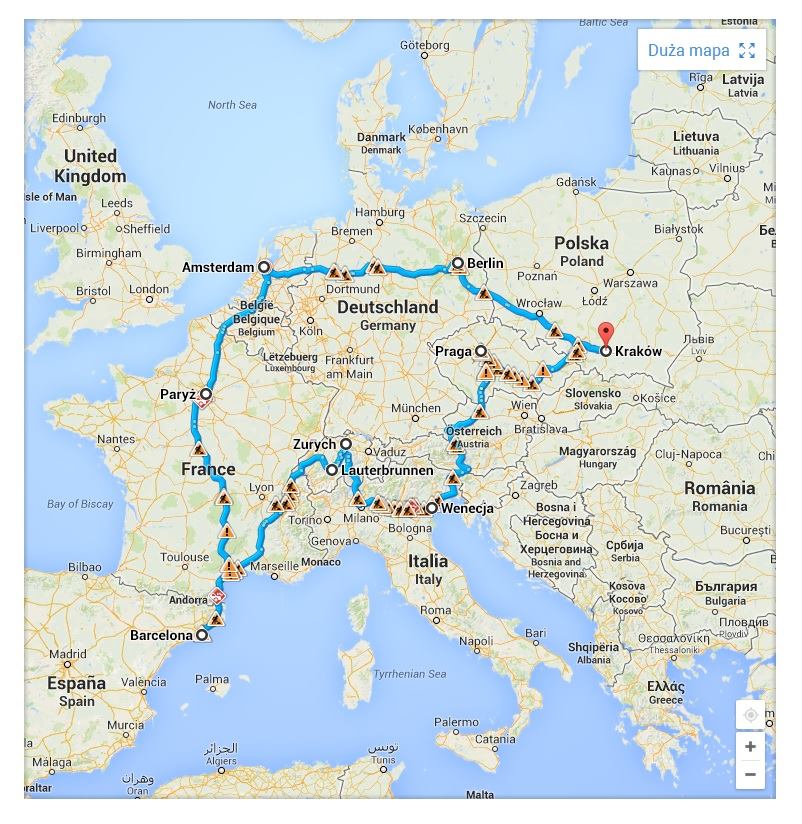 Tagged
Photo + Video + Film Europe Ambassadors
What did you think of this story?
Meh
Good
Awesome
✖
travelstoke
Download the mobile app
stoked by