“CROATIA WILL ALWAYS BE THERE.” The phrase was simple, but its timing was profound. The words were said to me by a random traveler sharing a carriage with me on an early train from Zagreb to Ljubljana. I was retreating, dejected from the Croatian capital. I’d spent close to one week in a basement level hostel, without having so much as set eyes on the country’s famed coastline. End of season timetables had made internal transport and ferry timetables intermittent, and when I shared this disappointment on the fellow traveler sharing a carriage with me, his sincere words offered me comfort. Though at the time, I had little idea when, or if, I’d ever return.

Two years later, a succession of spontaneous decisions had brought me to the small Slovenian town of Piran. Early one morning I boarded a bus south, with the words of the anonymous traveler running through my head. As we wound our way along the snaking coastal road, the toothless driver smiled over his shoulder: “Passports please,” he said. “We’re approaching the Croatian border.” 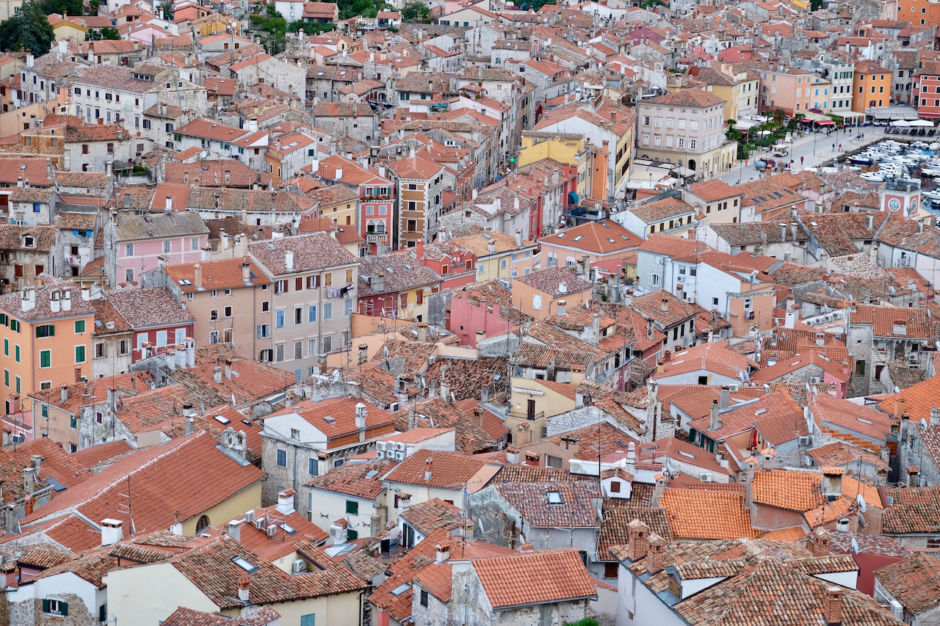 I dropped my bags in an Old Town Airbnb apartment and walked the hill down towards the water. From there, I explored the labyrinthine network of narrow cobblestoned streets until I found myself at the foot of the town’s tallest structure — the church bell tower. I climbed to the top. Once there, I stood looking out over the tranquil town and the still Adriatic until sunset, when a polite old man indicated it was closing time. 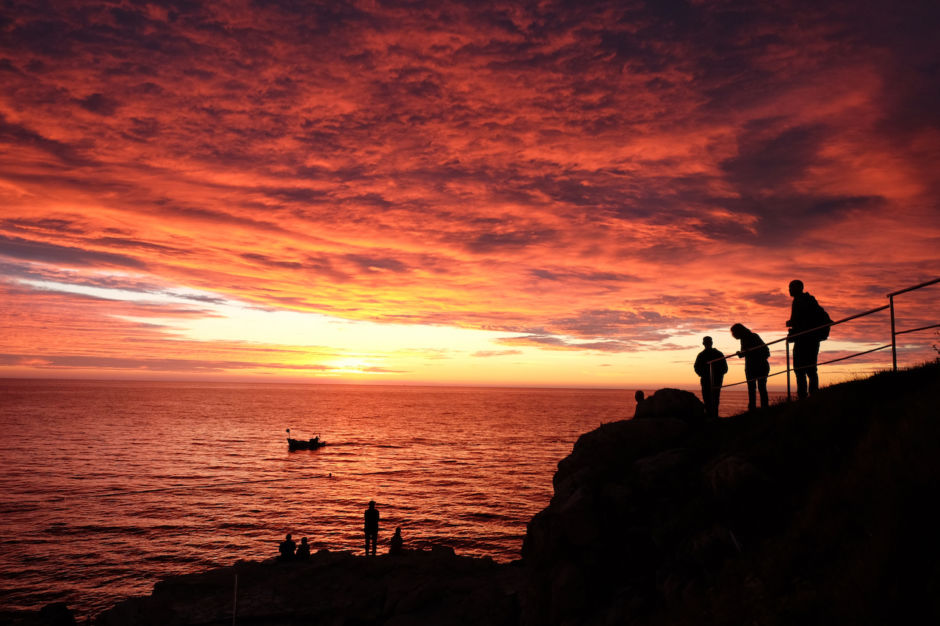 The kindly Airbnb host left me a slew of suggestions for my time in Rovinj, including the location of the town’s number-one sunset spot. I took her word and made my way down to the water’s edge well in advance. As the numbers of onlookers grew around me, I knew this was unlikely to be a solo experience, but the sudden hush of chatter as the skies cycled through multiple shades of pink, red, and orange actually made the moment all the more powerful. 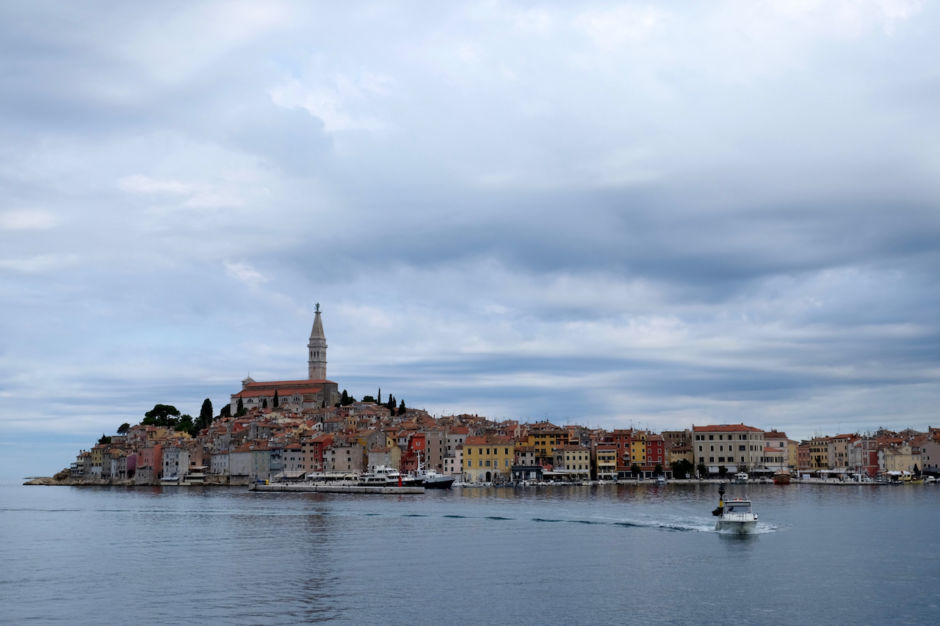 I rose early in the morning, found a cheap takeaway coffee, and boarded a large boat idling in the harbor. I had my fare ready, but no one came to collect. I sat quietly at the back of the boat, stowed away for the 30-minute trip across the gentle morning swells to a nearby resort island. As we chugged out of the harbor I turned to find this view of Rovinj, and the bell tower I'd seen the evening before. 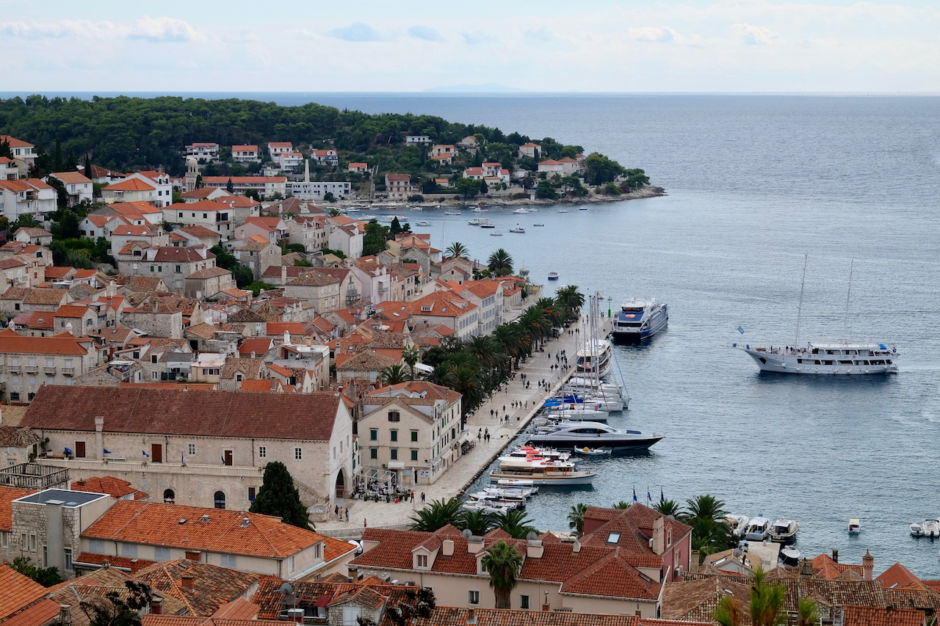 Hvar Island is one of the Croatian party capitals during the peak season. The rest of the year, it’s all but deserted. Yet the charm of the quiet months is palpable; accommodation is cheaper and significantly easier to find; and the views, such as this from the castle on the hill, are just as impressive. 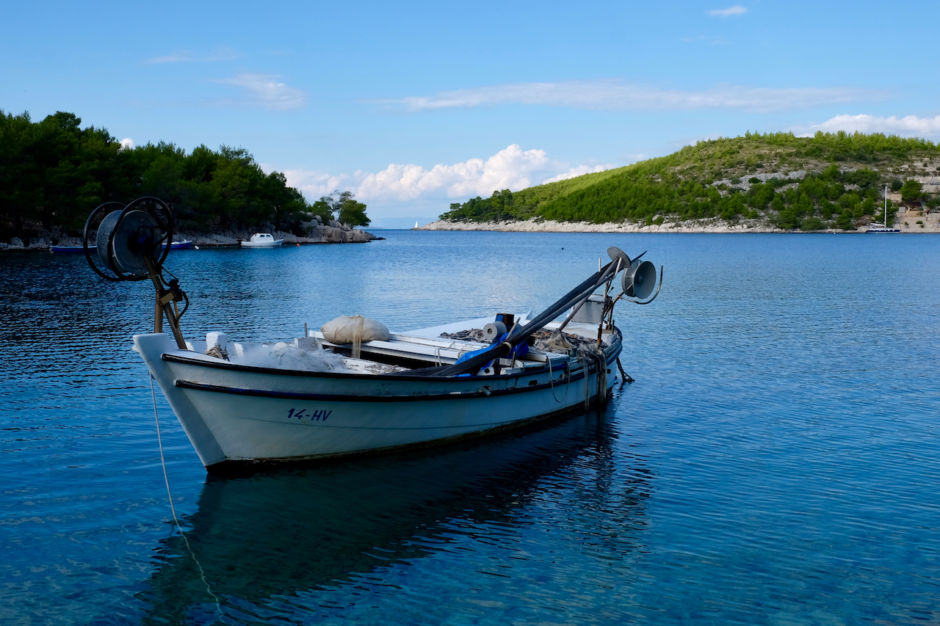 Without late nights impacting on early mornings, there’s plenty of time to explore Hvar in the offseason. I took an unplanned walk to the other side of the island and found this resort — long since locked up and abandoned for the approaching winter season, and yet still so inviting. 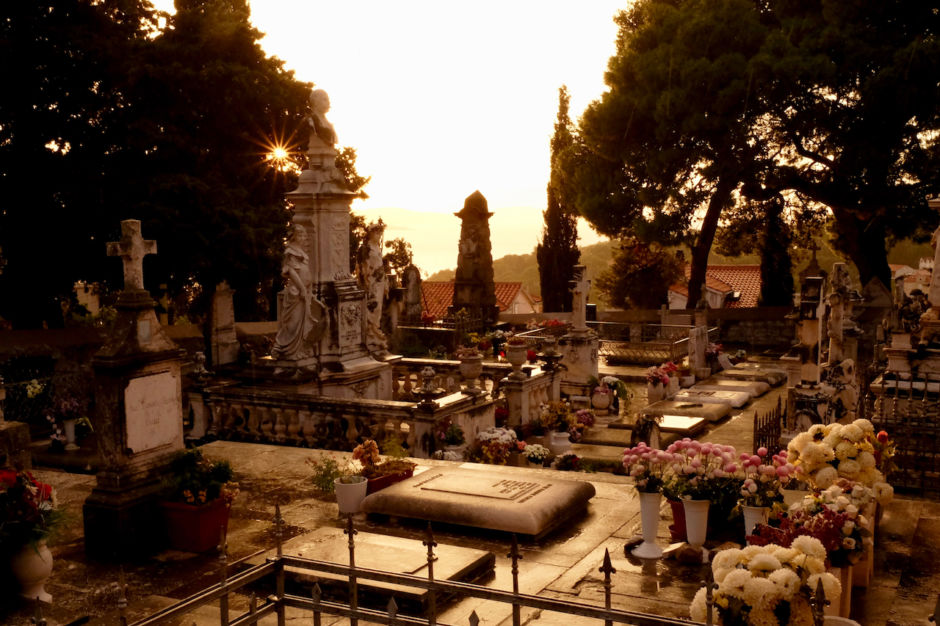 Most seasonal visitors to this hedonistic island had long since departed, and in their stead, came late summer rains. Though the island is hardly short of scenic ocean vistas, it was a quiet moment in the peaceful cemetery atop the old town, just after a heavy rain, that shifted Hvar from fantasy, for me, into a strangely beautiful reality. 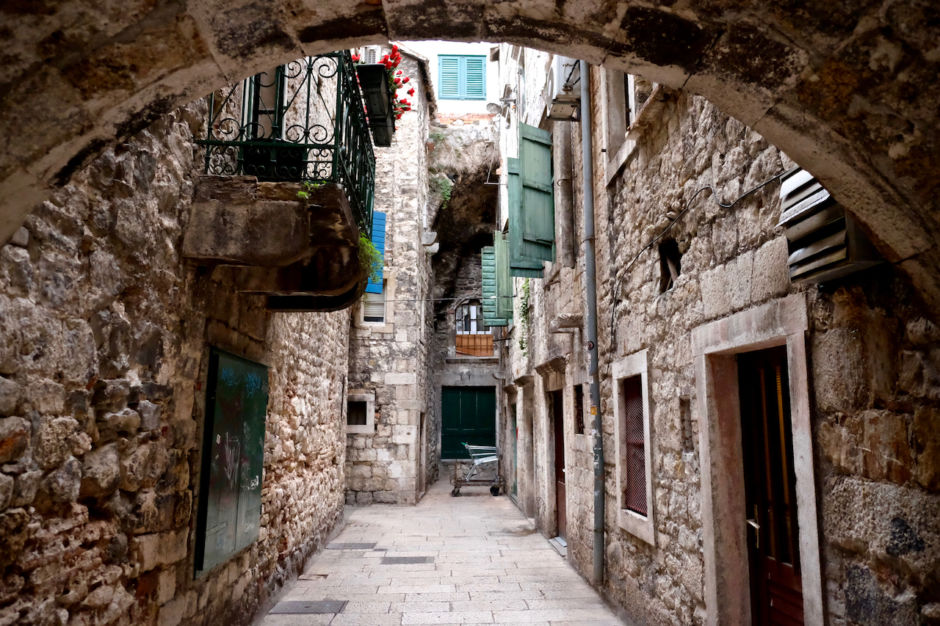 Walking the streets of Diocletian's Palace, in the heart of Split, feels like an eerily-constructed experience. At times, I felt as if I’d stumbled onto a movie set thanks to the carefully hung laundry, meticulously aged shutters, cobblestoned streets, and ancient arches. But when I stumbled down the stairs of my Airbnb rental and ran my fingers across rows of these crumbling stone walls, it started to sink in that this was all magnificently real. 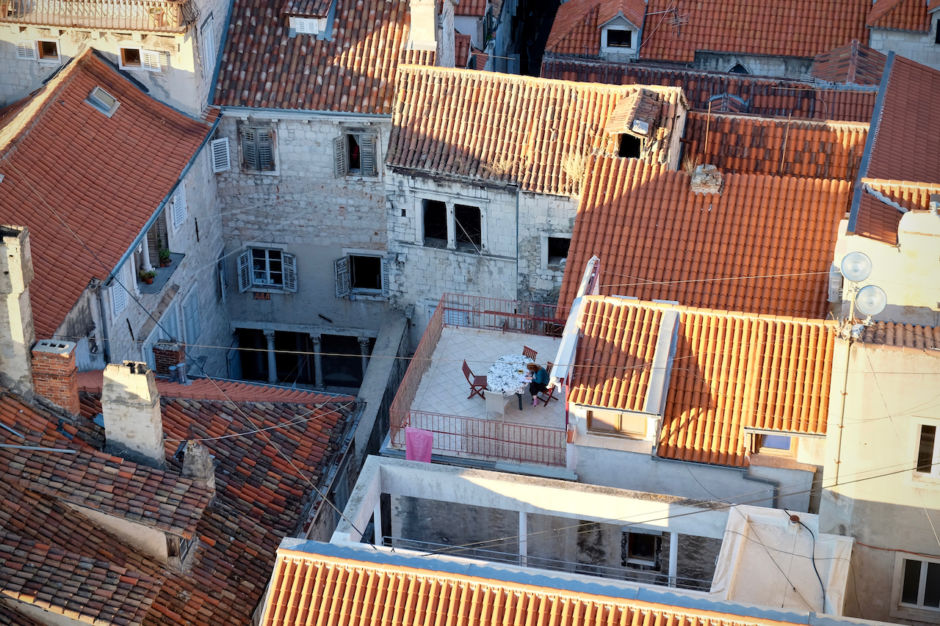 The panoramic views of the ocean from the Bell Tower of St. Domnius make it easy to forget that there’s an entire town at your feet. It was only when I zoomed in on the close-packed buildings of the old town below that I noticed this woman seated at a table on her balcony, furiously writing something onto a large sheet of paper, and totally oblivious to the tourists looking down on her from above. 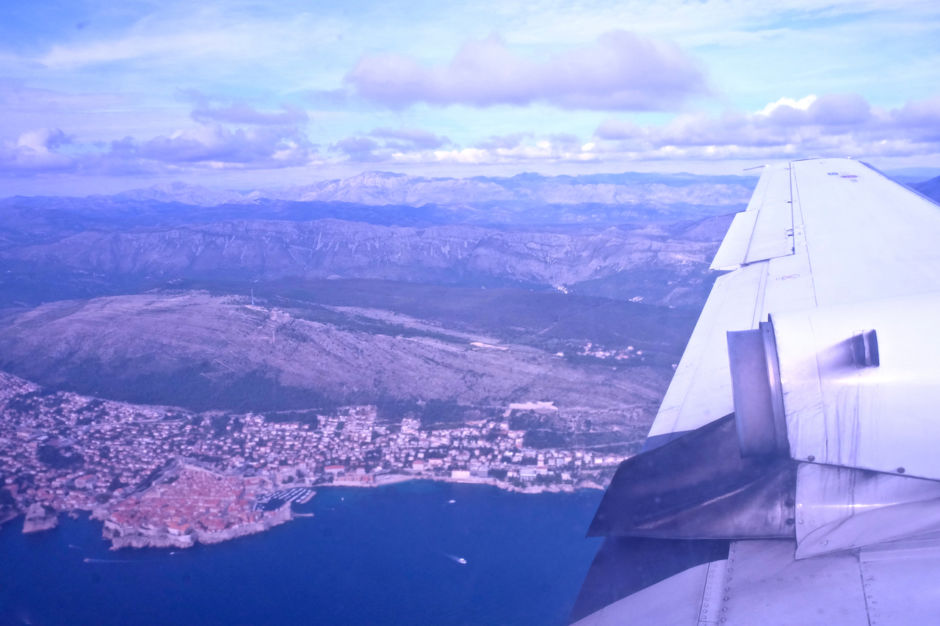 Flight between Split and Dubrovnik

There’s a scenic bus ride between Split and Dubrovnik, but I found a quicker and more dramatic way between the two coastal towns — a 12-seater charter plane. The weathered seats, cracked blue-tinted windows and chuckling pilots visible in the cockpit throughout the journey were hardly reassuring, but my small seat in the back was cheap, and the aerial views over the Dalmatian Coast, and ultimately the walled town of Dubrovnik, were worth the white knuckles. 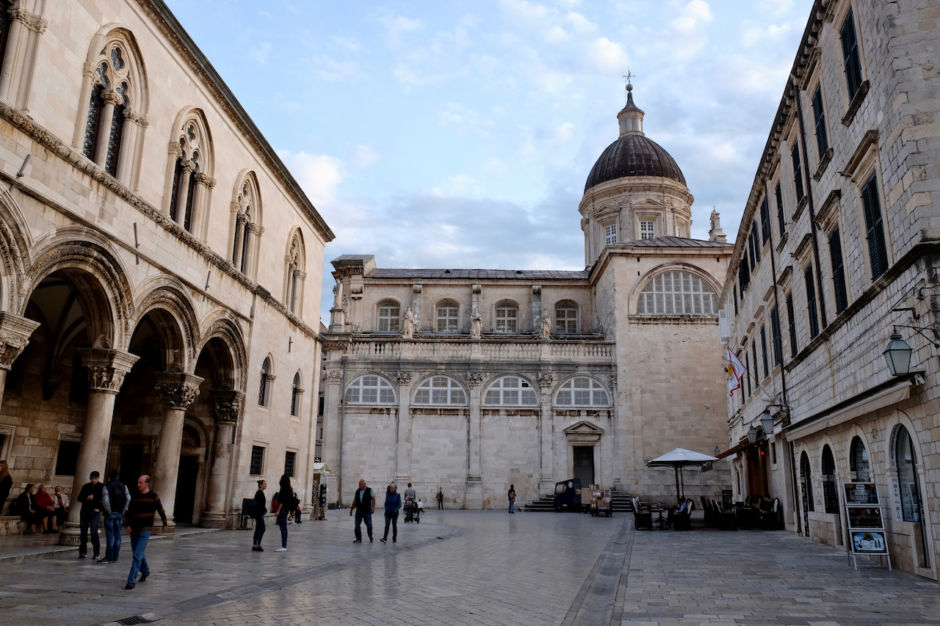 The streets, squares, and impossibly steep stairs of Dubrovnik may overflow with tourists, but none of that matters when scenes like these hide behind almost every corner of the small town. 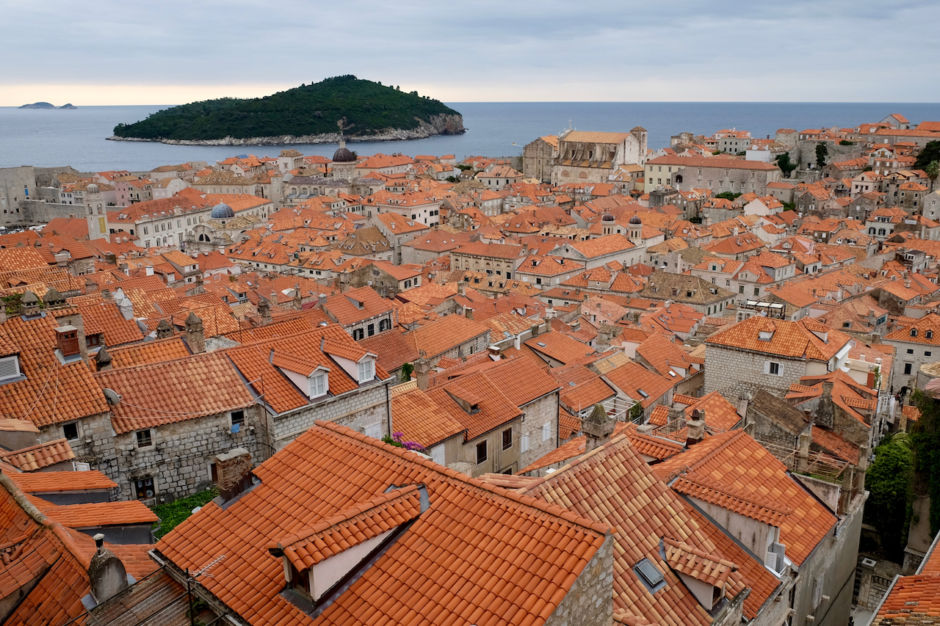 On my last day in Dubrovnik, I woke up early and walked along the famous town walls. It’s easy to look across the patchwork of beautiful uniform tiled roofs and see the town as a whole. But it was as I looked at the individual details — the drawn curtains and shuttered windows, whirring air conditioner units, little balconies, and inaccessible courtyards — that I felt the life in another unique Croatian town.

Tagged
Galleries Travel Croatia
What did you think of this story?
Meh
Good
Awesome

The Essential Croatian Dishes and Drinks for the World Cup Final