BEFORE I MOVED to Reno in the summer of 2008, I only had a bit of nighttime photography experience and had attempted to photograph star trails just a few times in Wyoming, Arizona, and Arkansas.

Everything changed for me shortly after I arrived in the Biggest Little City. Suddenly, as much of my free time as possible was spent camped under dark Nevada skies. I’ll always remember, on a new moon camping trip in the Black Rock Desert, seeing for the first time the entire Milky Way stretching across the sky. Landscape photographs featuring our galaxy have since become one of my favorite things to capture. Here are just a few of my favorite night sky shots from Nevada, home of some of the darkest skies in the country.

All images by Beau Rogers 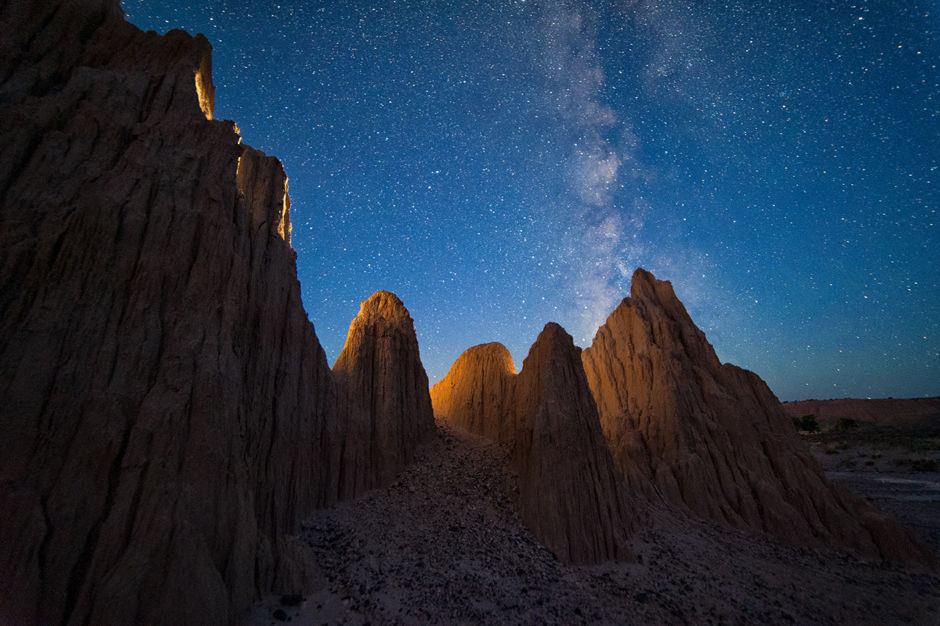 Ever since I first researched places to photograph in Nevada, I wanted to shoot at Cathedral Gorge State Park. On a road trip in June 2015, I stopped at the park to camp and take some images. It took me a while to find a nice composition. After I had that sorted, I started shooting time-lapse footage, then went to my truck to take a little nap. My alarm was set for before sunrise, and the light-painting in this image is totally accidental. It’s from the shot being made while I was carefully trying to relocate the stashed-away camera that was continuously shooting. 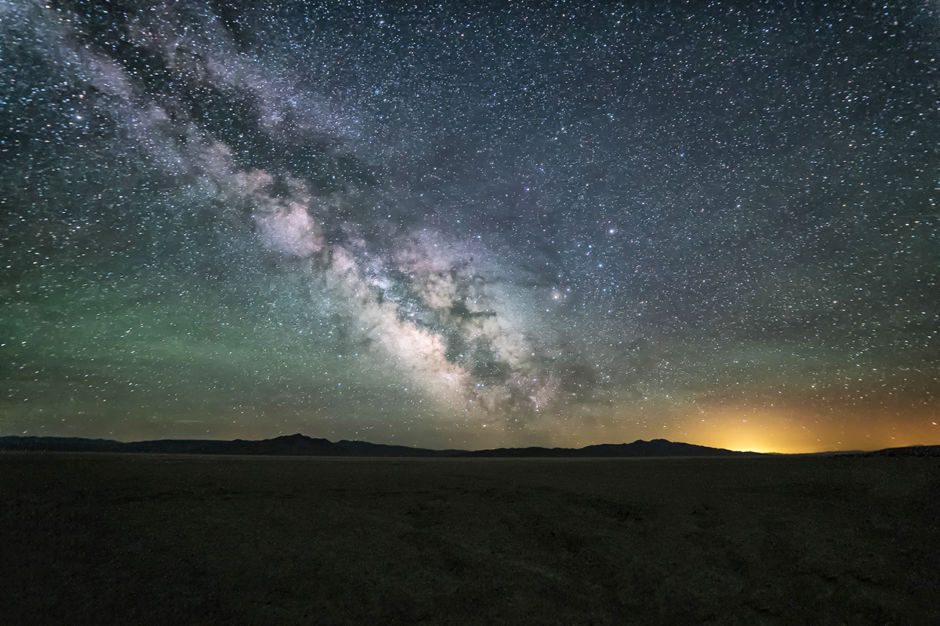 Nevada’s Black Rock Desert is where my fascination with night photography really started. My first time camping there coincided with a new moon, so I decided that, instead of setting up a tent, I'd sleep under the stars. It was the first time I can remember being able to see the whole Milky Way swirl out across the sky. 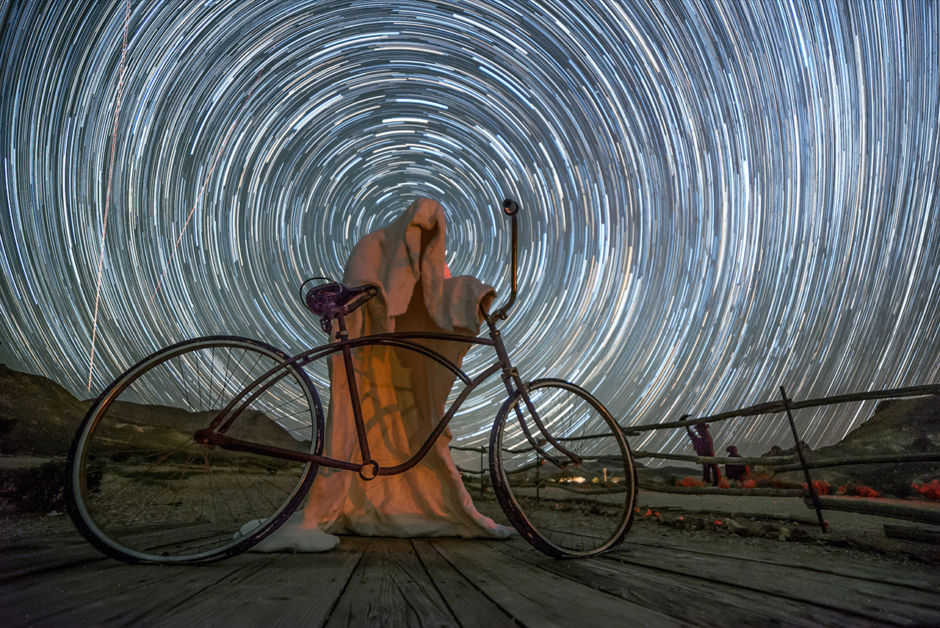 The Goldwell Open Air Museum near Rhyolite contains several outdoor sculptures that are interesting to see and photograph. I originally tried to shoot this sculpture after dark, but there were too many other photographers with the same idea, so I returned at 2am and placed Polaris behind the statue’s head so it would appear as if stars were spinning behind the subject.

Nevada through the lens: The stories behind 5 perfect images 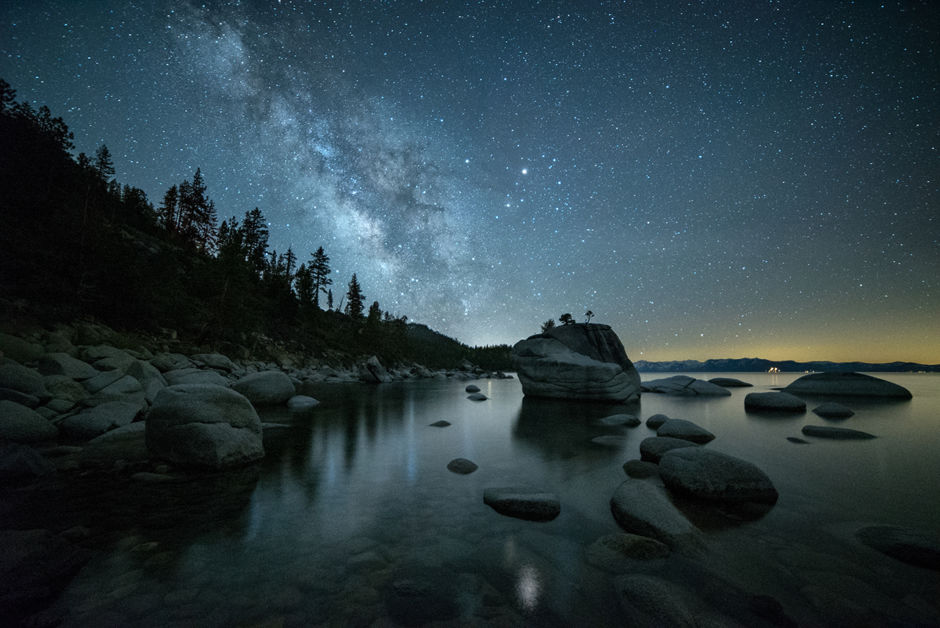 During my first attempt at locating it, a ranger at Sand Harbor told me he didn't know where Lake Tahoe's Bonsai Rock was. Thankfully, a photography friend told me how to get there a few days later. It's now my favorite of the lake’s shoreline spots. Note that parking is very limited, and the trail to the best vantage points is steep and fragile. It's also an increasingly popular nighttime photography spot, so I don’t like to go there after dark if other people are already there trying to take images. 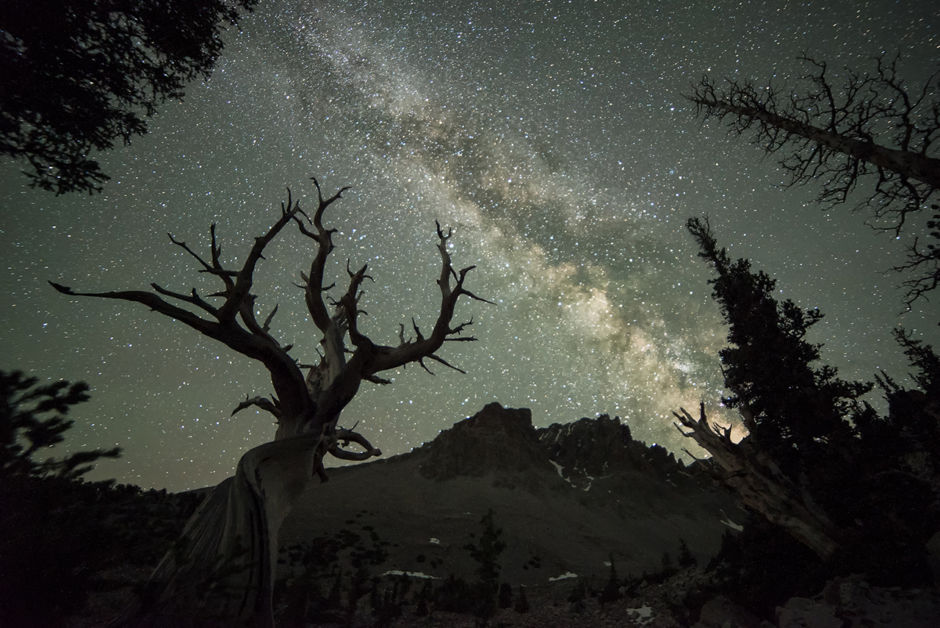 Nevada’s Great Basin National Park is an amazing place for photography, and I knew right away that I had to shoot the ancient bristlecone pines underneath Wheeler Peak at night. This was the toughest image to take for my dark sky project. The trees are surrounded by jagged rocks, and getting a nice composition of them together with Nevada’s second tallest mountain was surprisingly difficult! 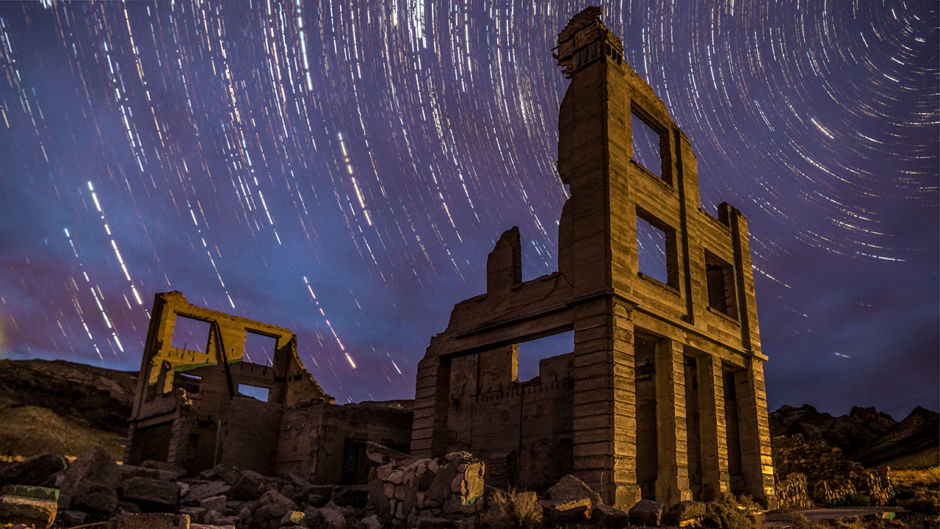 During my spring break trip of 2015, I tried to photograph several locations in southern Nevada at night. Rhyolite was at the top of my list. Because it’s so close to Las Vegas, there were almost always airplanes flying over the scene, so I removed photos with planes in Lightroom before merging the rest with a piece of software I like called StarStaX. 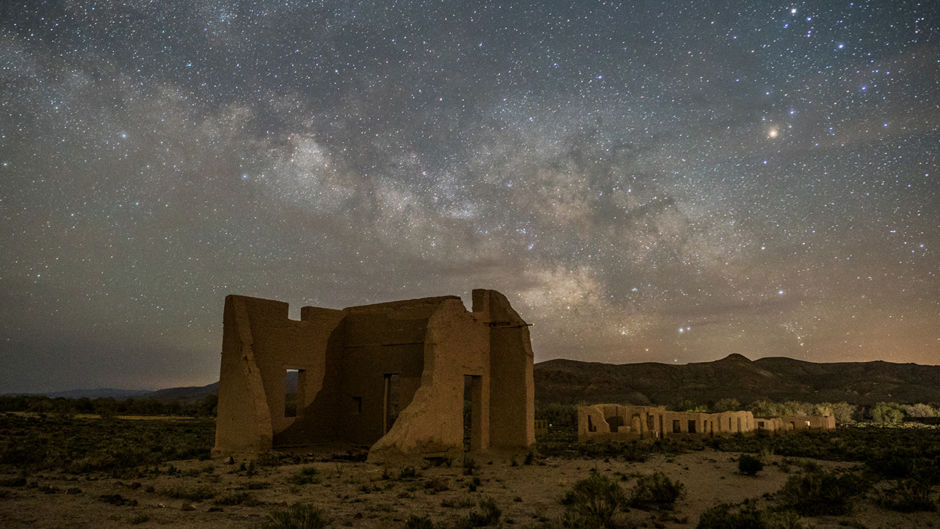 I teach an Intro to Digital Photography class at Western Nevada College in Carson City, and the highlight of every semester is my class’s night photography field trip to Fort Churchill State Historic Park. Because of these twice-a-year outings, I get a lot of chances to photograph this spot at night.

Culture15 Moments You’ll Have on a Road Trip Through Nevada 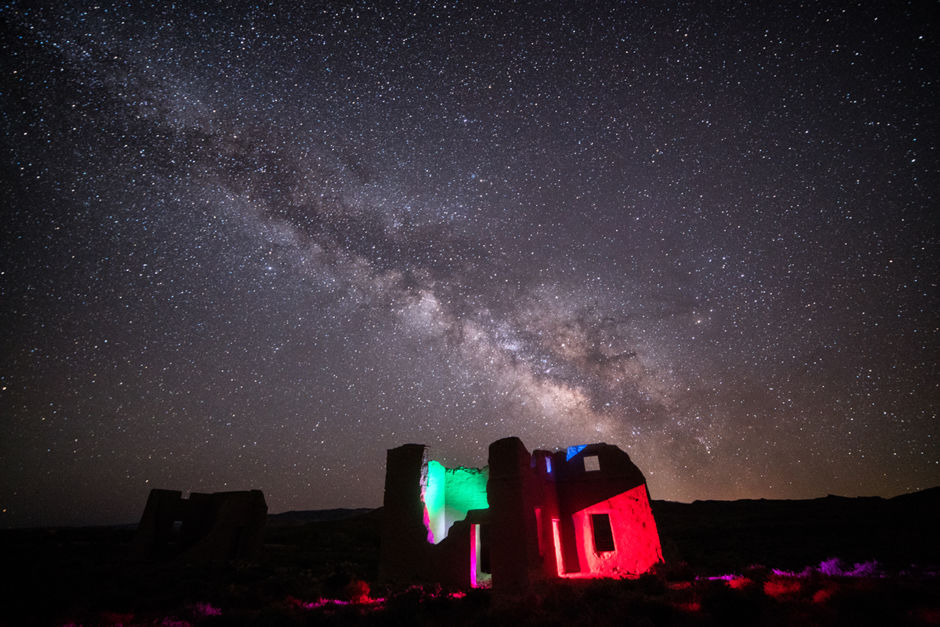 One part of my students’ night photography assignment at Fort Churchill State Historic Park is for them to light-paint. During my demonstration, I have them take long exposures of the Milky Way while I use a multicolored flashlight to make the insides of the fort look like a disco party. 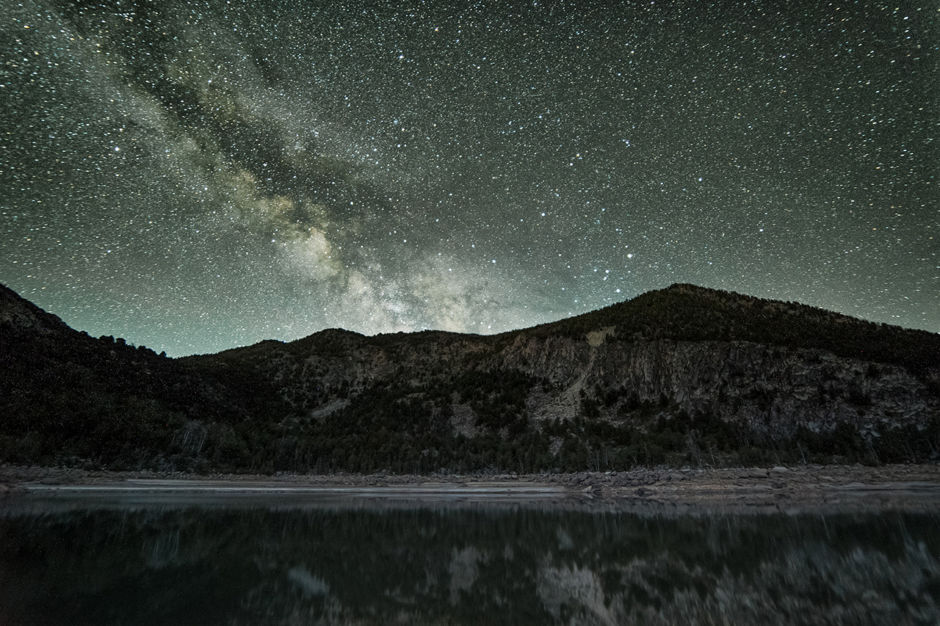 The Pine Forest Range of northwestern Nevada (just south of Denio) contains some of the most incredible scenery in the Silver State. I read about the area in a hiking guidebook and have returned several times since my first trip. The road is rough — the last section is responsible for the dented side panels on my truck — and it's a long way from anywhere, meaning fewer airplanes will fly through your frame than in locations closer to Las Vegas. That also makes it a dream to photograph. 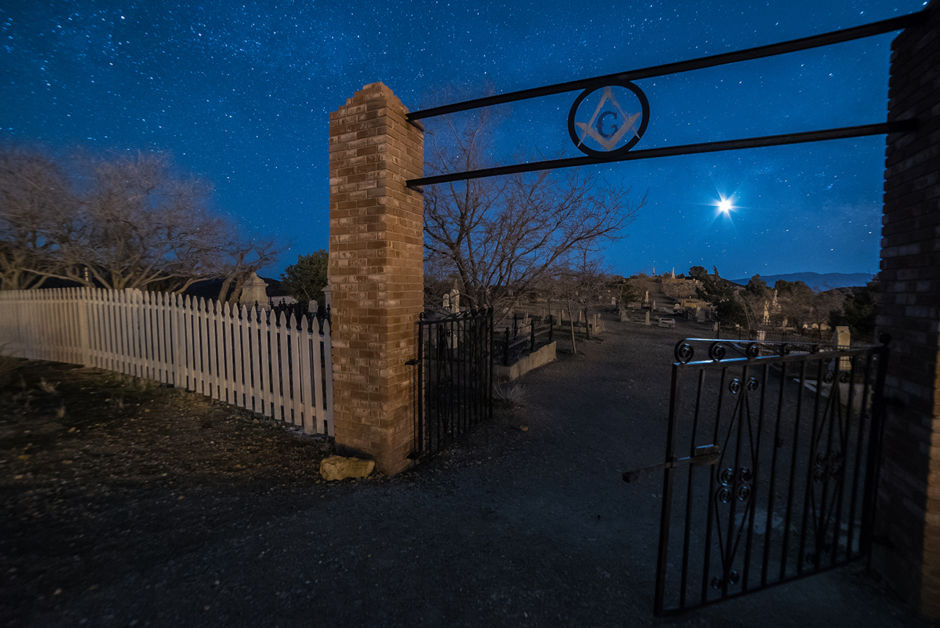 I obeyed the sign at the Virginia City cemetery asking that it not be entered after dark. Instead, I stayed by the cemetery gate while allowing moonlight to illuminate the scene. Facing the opposite way, the parking lot also provides a nice panoramic view of the historic town. During the holidays, a lit-up "V" can be seen on the side of nearby Mount Davidson. 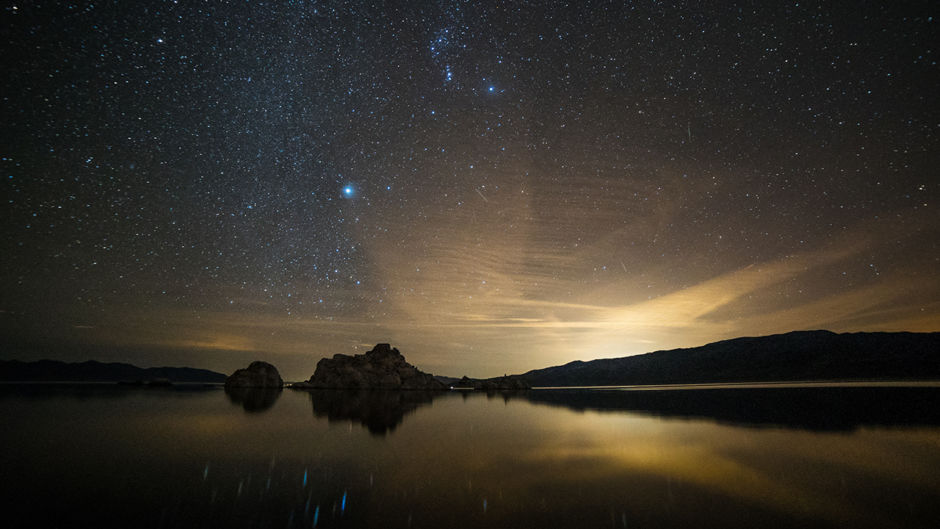 After I finally splurged on a new, full-frame camera, I got a permit for Nevada’s Pyramid Lake so I could try it out with some long exposures late at night. It was early February, so the heart of the Milky Way was still below the horizon line in the Northern Hemisphere, but the brightness of the stars against the dark Nevada night was still an incredible sight to see. 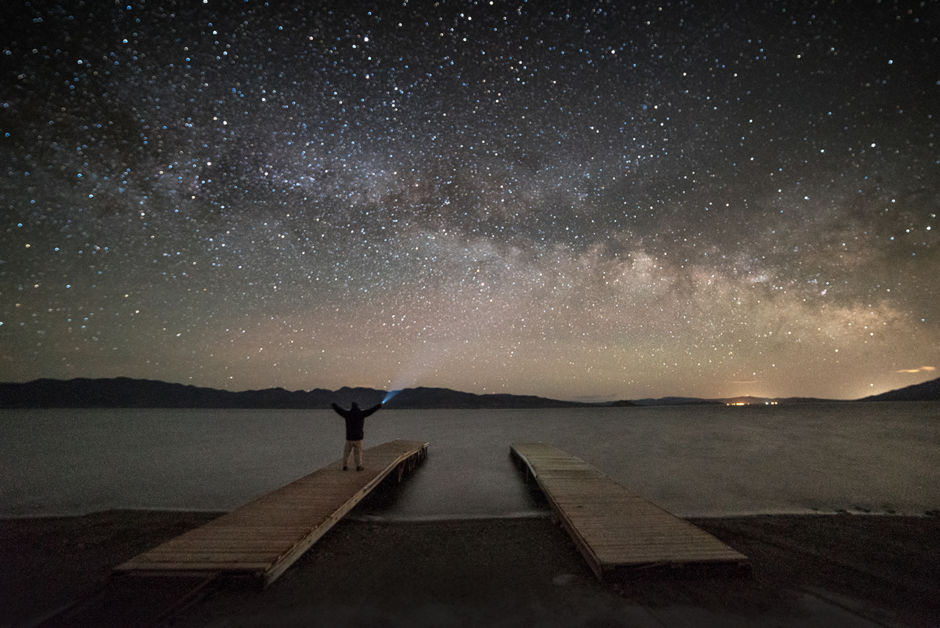 The boat ramps on the western side of Nevada’s Pyramid Lake have become one of my favorite places to photograph. On this particular occasion, I figured the Milky Way would be in the right position to complement a photo of me trying to stand still for 20 seconds. 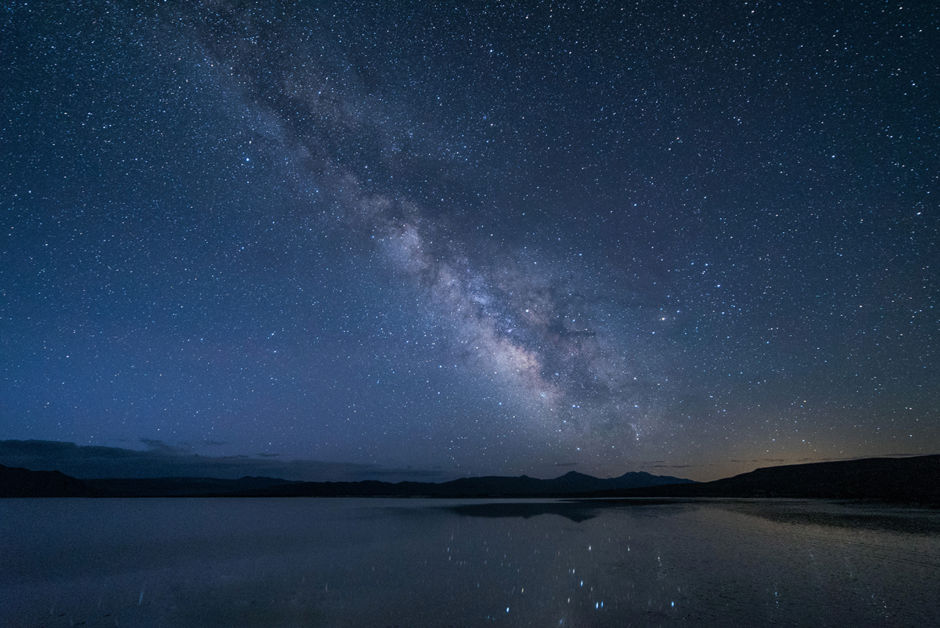 I took this shot on a Sunday night in the Black Rock Desert. I slept in my truck with a 3am alarm set, but when I woke up it was overcast with clouds covering nearly the entire sky. Thankfully, I checked the skies again at 4am. All the clouds had shifted from the scene, providing me with an hour to photograph the rare and seasonal Black Rock Lake. 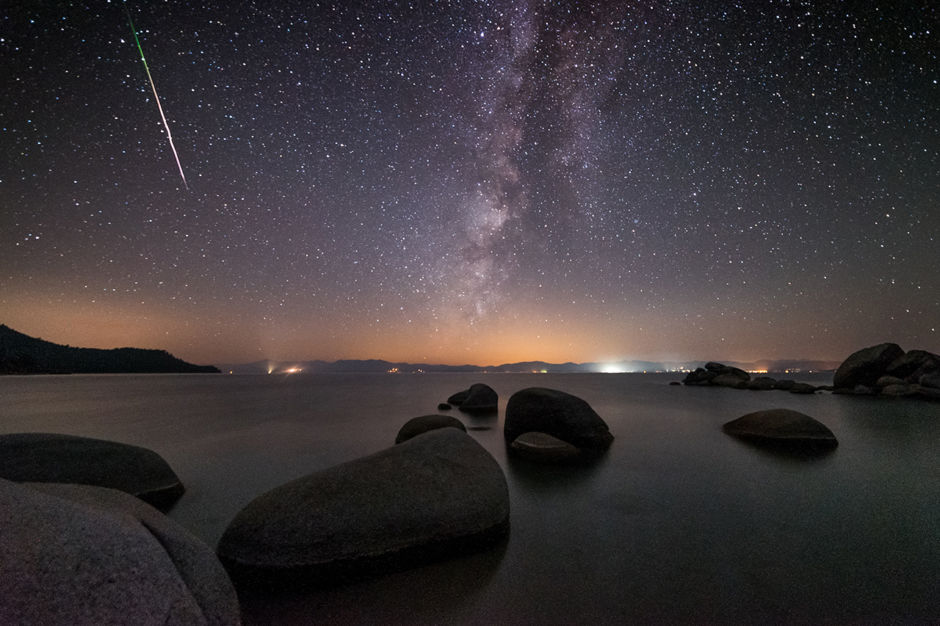 For the peak night of 2016's Perseid meteor shower, I decided to go to Lake Tahoe. Initially I was headed to Emerald Bay, but road construction on Highway 89 changed my plans and I ended up staying on the Nevada side of the lake. The result was one of the better meteor photos I've taken so far. 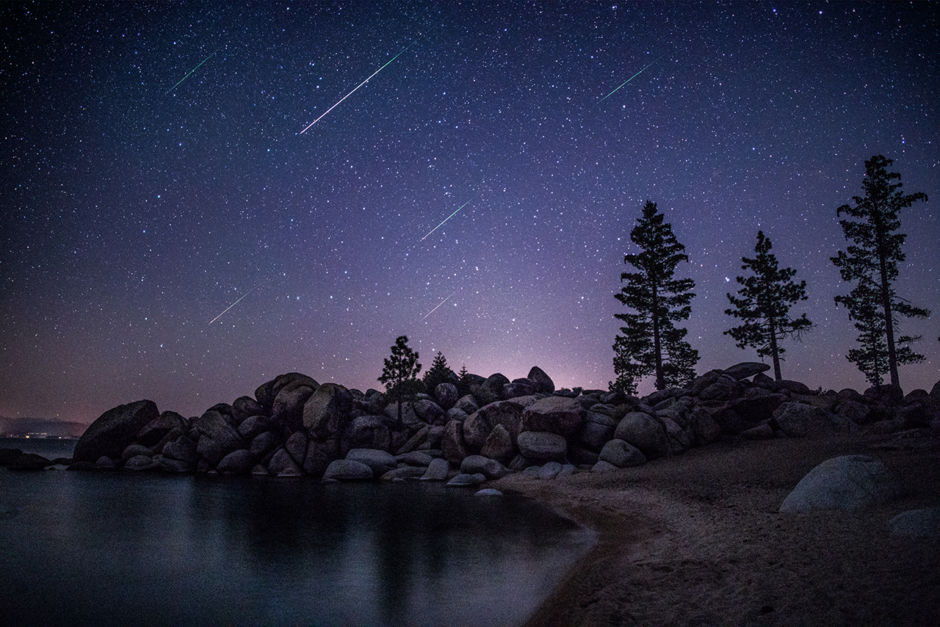 On the same shoot at Chimney Beach, the trees and this pile of gigantic granite boulders caught my attention, so I set up the camera to shoot a time-lapse sequence for a few hours. I found the meteors after returning home and importing them into Lightroom. After that, I blended most of the images that contained meteors together into one photo. 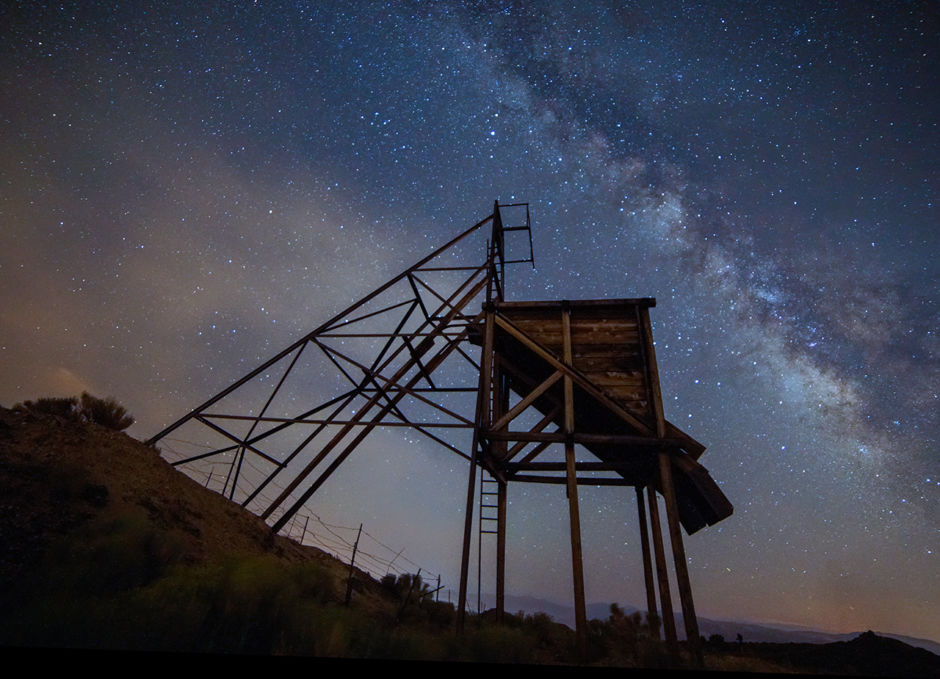 High in the mountains near Nevada’s Virginia City rests the remains of the Occidental Mineshaft, a remnant of 19th-century mining in the area. The road in is about as white-knuckle as it gets (high clearance, four-wheel drive, and some bravery should get you to this interesting structure). I don’t remember exactly where it is, and there aren’t any marked roads. You just wind and curve up the mountain, guided by the light of the stars, until you see it.

This post is proudly produced in partnership with TravelNevada.
Tagged
National Parks Nevada, United States Nevada: A State Apart
What did you think of this story?
Meh
Good
Awesome
✖
travelstoke
Download the mobile app
stoked by