The Hashemite Kingdom of Jordan is an oft-overlooked nation in the Arab world thanks in part to its ability to avoid the violent conflicts surrounding it. While neighboring nations have seen failed democracies, dictatorships, and everything in between, Jordan’s constitutional monarchy has served its citizens well in terms of stability, and its current King Abdullah II has been praised for his neoliberal economic platform, as well as for investing in education and social welfare programs. However, Syria’s civil war has led to Jordan’s leadership taking a tougher stance against freedoms of the press and other civil liberties.

Jordan’s free trade agreement with the United States and a strong relationship with the EU may also be at risk due to heightening tensions and disruptions in Western politics. Throw in the Syrian and Iraqi refugee crisis brought on by neighboring conflicts and Jordan’s future does not look as bright as it did a decade ago.

Aside from oil and the financial industry, Jordan’s $37 billion economy relies heavily on tourism — not just from weekend trips, but also from students from abroad that came to study archeology and anthropology. Although Jordan is rich in history, one place in particular draws visitors from around the world. 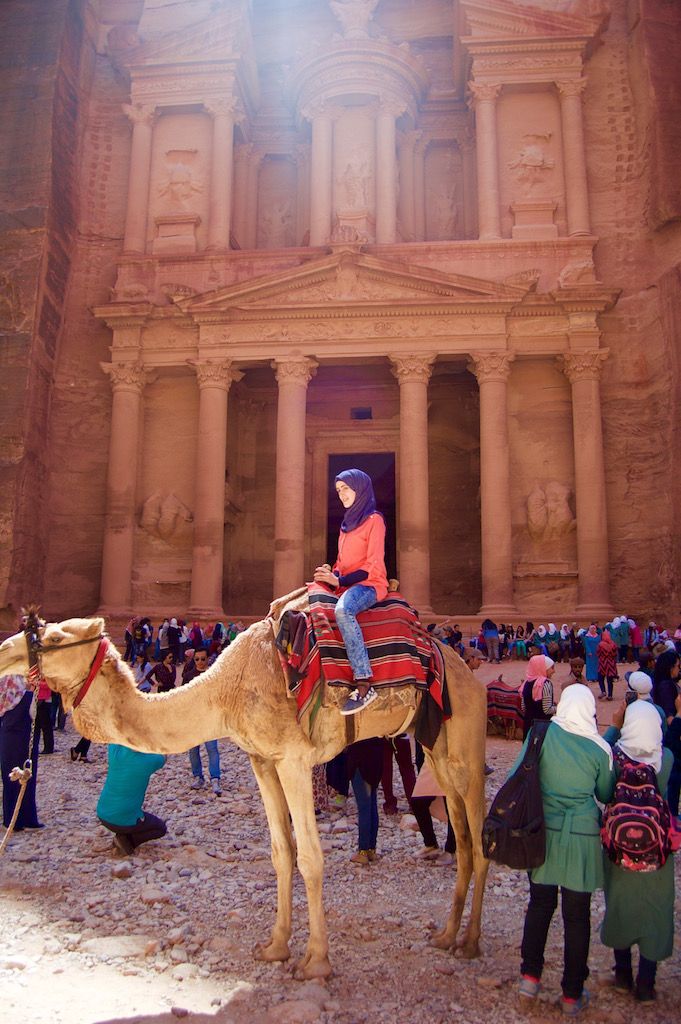 While it is best known in the American consciousness as a backdrop to the finale of Indiana Jones and the Last Crusade, the ancient ghost city of Petra has captured the imaginations of visitors from around the world for centuries, and has a history that stretches back over 2,000 years. 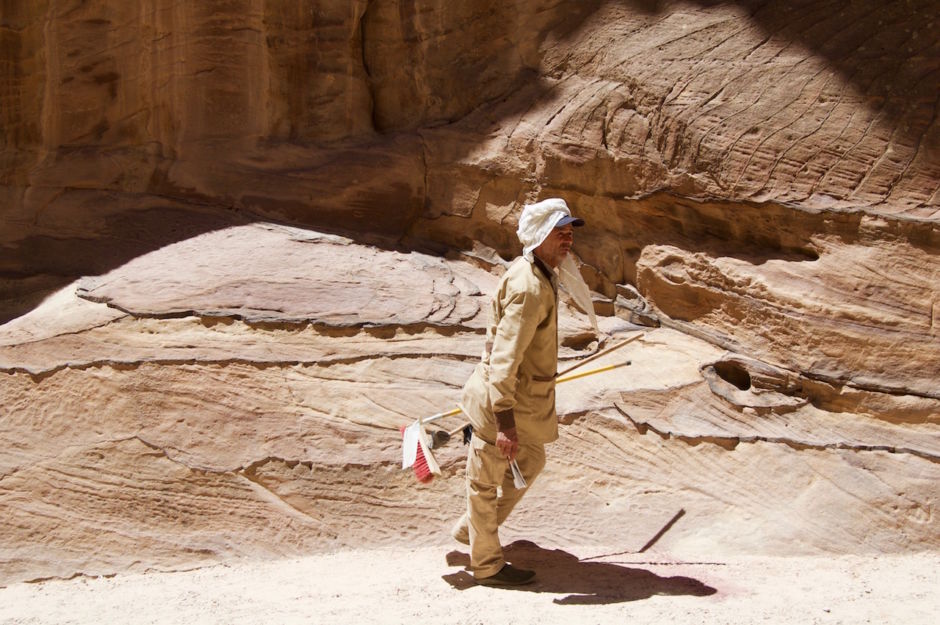 Permanent residency of Petra essentially ended in the 6th century CE, when water access was diminished for the city’s 20,000 inhabitants and regional competitor Palmyra took the reins of the trade between the Persians and the Romans. One city profession remains, however. The city’s street sweepers bring an often-underappreciated profession to one of the world’s greatest manmade wonders. Shuffling silently between the throngs of Europeans, Africans, Americans and Arabians, these essential workers are the last of the living to call Petra a place of work. 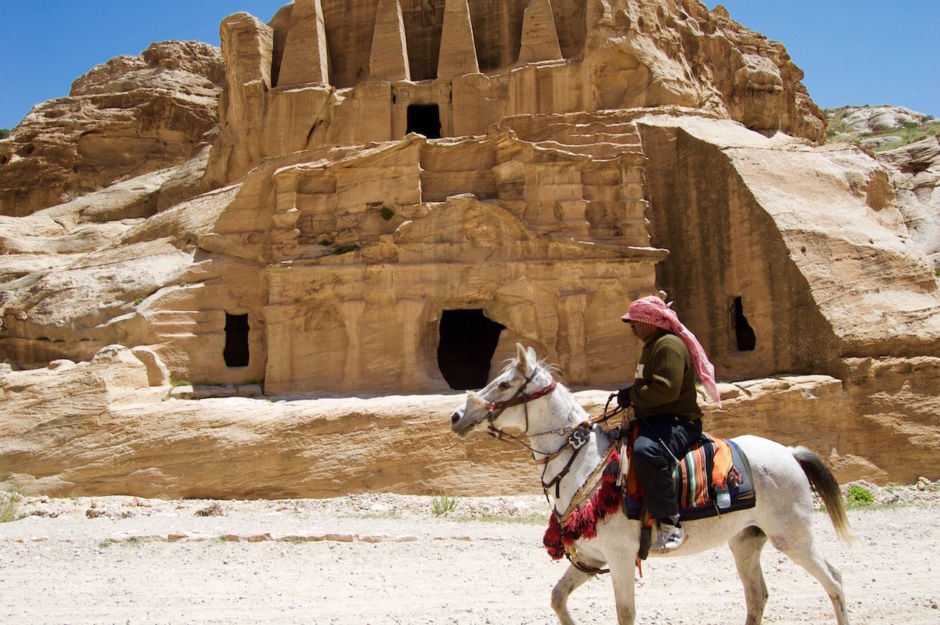 Petra was a key city for the Nabataeans, an Arab kingdom that spent most of the later years of the first millennium BCE being a thorn in Rome’s side. Then it became the empire’s vital trading partner to the south and the east, until finally coming under the rule of the Romans in 106 CE. Like many of the Nabataeans’ regional partners and competitors, trade across the vast deserts of Arabia was essential to their survival, which they controlled via a massive network of oases spread north and south on both banks of the Jordan River. 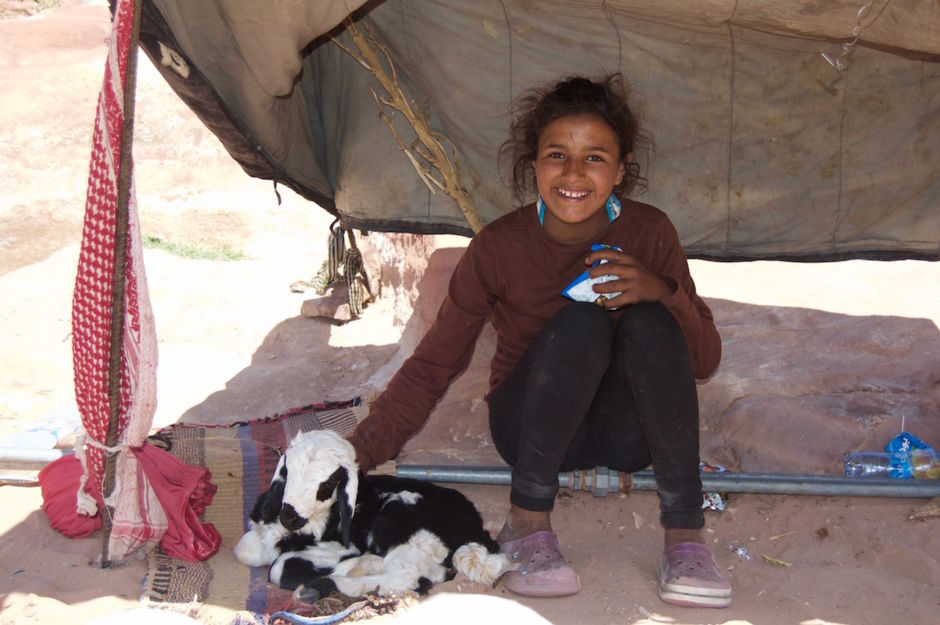 As with many monumental tourism destinations in the region, Petra has a bustling street-hustler scene. Young teens sell bottles of water while horse and camel owners offer rides in the saddle or in two-wheeled carriages. 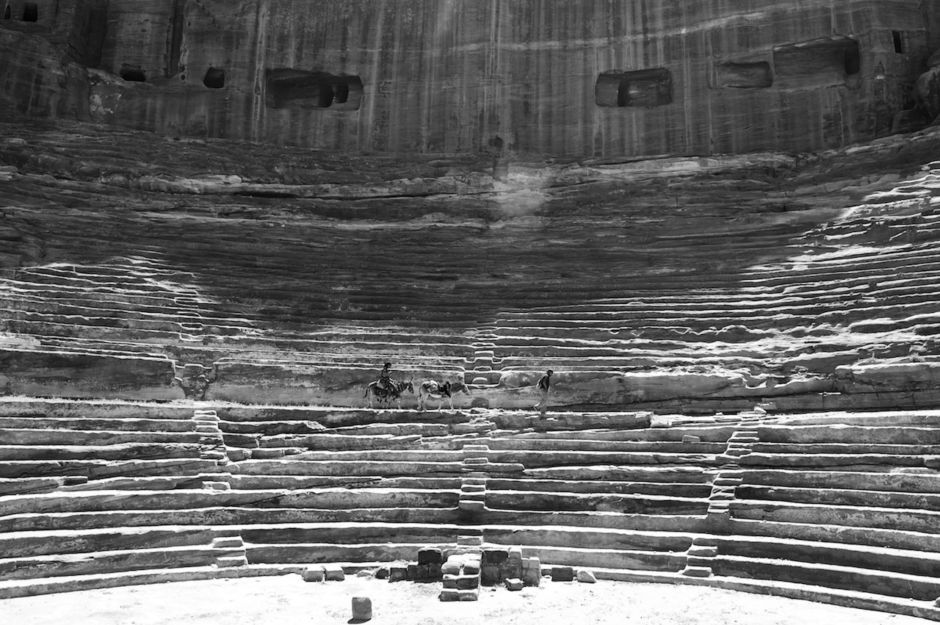 Two young men direct their donkey up to the zenith of Petra’s 3,000-person theater so they can enjoy lunch and an afternoon smoke. 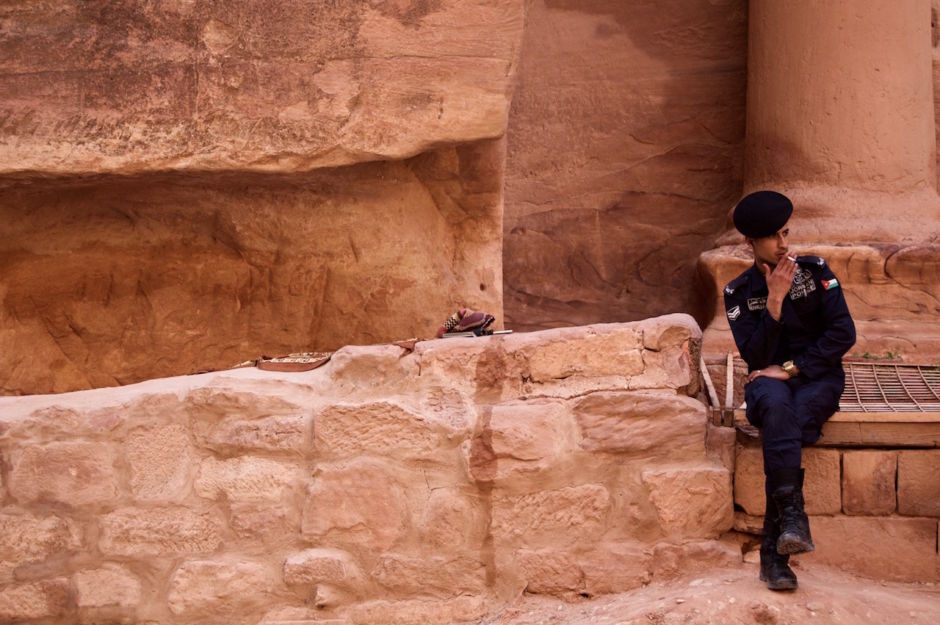 A Jordanian police officer smokes next to the colossal structure known as “The Treasury.” Petra’s incredible display of wealth was made possible thanks to an alliance with the Romans. The Romans gave them security as they directed spices, silk, gold and other goods from as far away as China via Silk Road into the trade routes of the Mediterranean. As the overland Silk Road declined with the advent of better ships crossing the Indian Ocean from Southeast Asia to Somalia in the 14th and 15th centuries, and new trade centers like Byzantium shifted the overland routes, both Petra and her neighbor Palmyra faced an inevitable decline. To the outside world, Petra fell into myth between the 12th and 19th centuries. It wasn’t until Swiss explorer Johann Ludwig Burkhardt convinced local guides to take him there that the world was able to enjoy this rosy wonder once more. 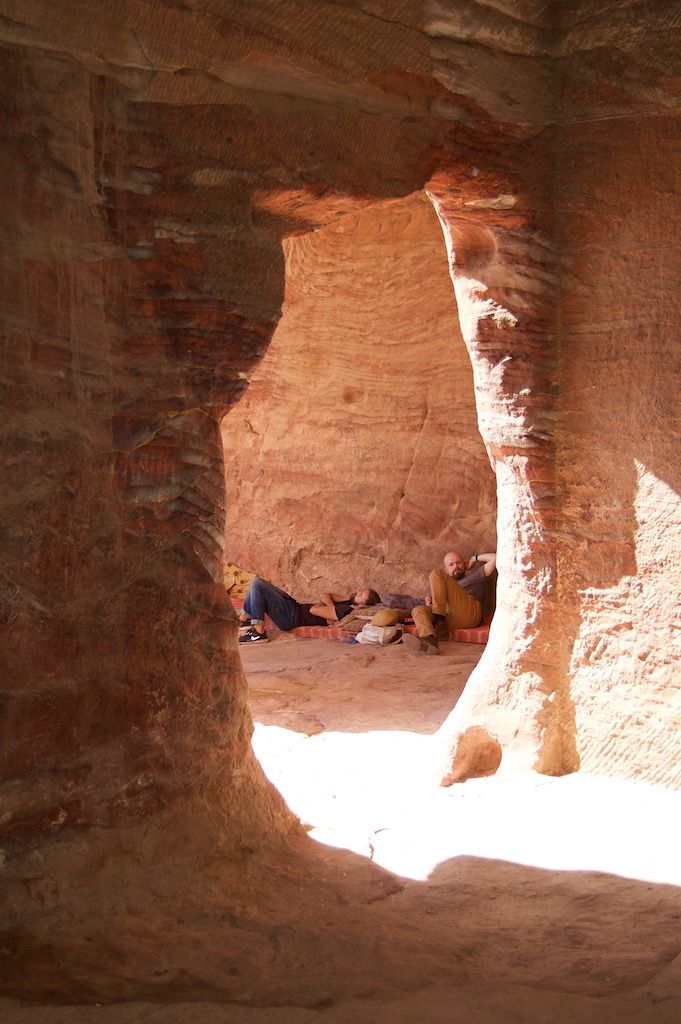 Two tourists rest in the shade of a courtyard after climbing the steps to reach one of the largest structures. The structure served as a Roman barrack and governor’s home for a period. 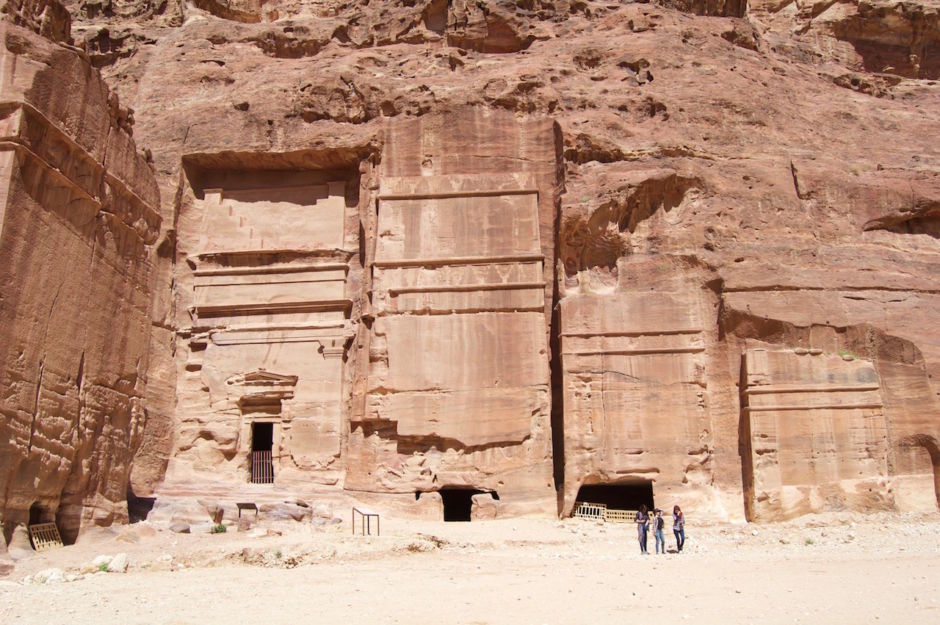 What is perhaps most shocking to visitors is that the colossal, ornate Hellenistic structures carved into solid rock were not built for the living. Instead they served as mausoleums of the dead. Entering doorways several meters high will not lead into a labyrinth of dining halls, kitchens and bedrooms, but typically into a single oversize chamber designed to hold the wealthiest Nabataean citizens. 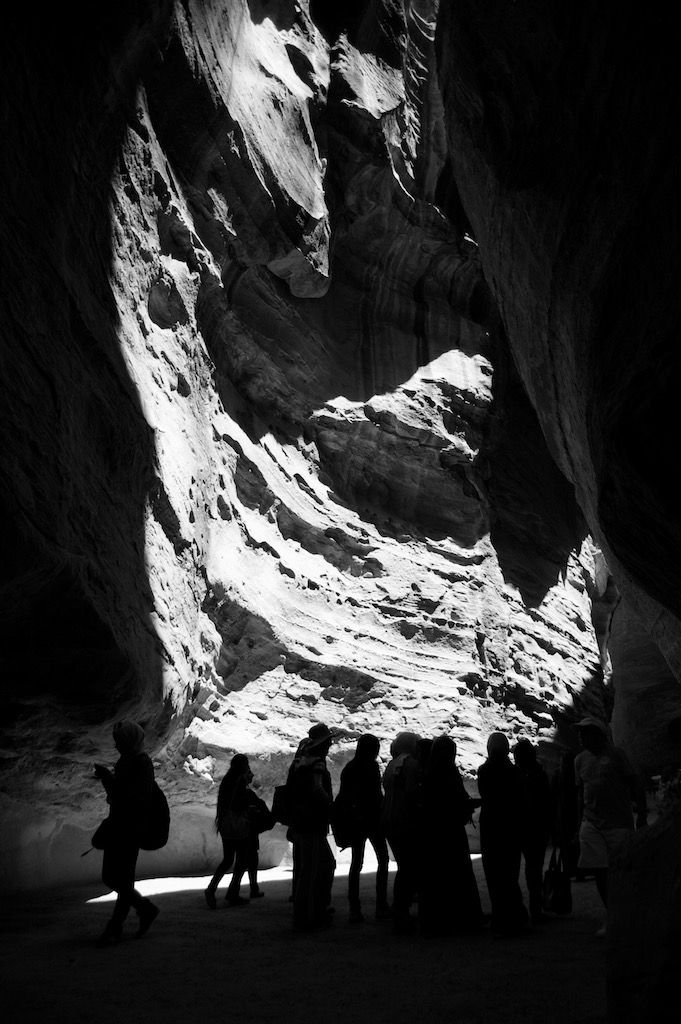 Petra is sometimes called the “Back Door of Jordan”, but the canyon-city also physically feels like a back door, not just to the modern nation of Jordan, but also to the ancient history of the Arab world. While Jordan is famous for its nomadic Bedouin culture, Petra offers solemn proof that no place or people have a single history. 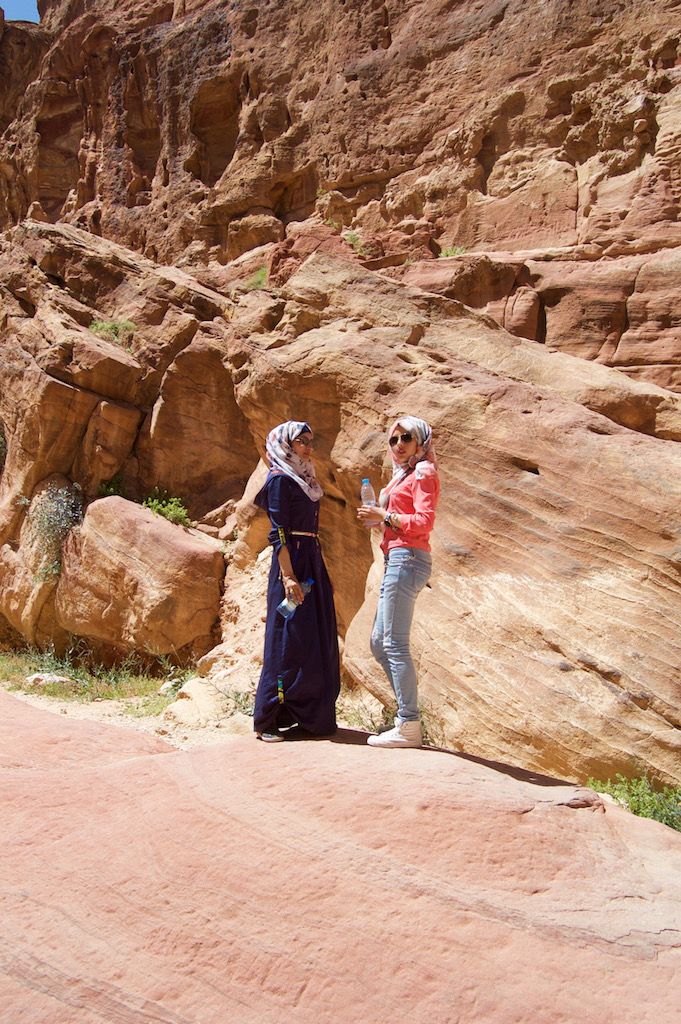 The Hashemite Kingdom of Jordan is known for having looser rules regarding outfits for Muslim women. Brightly colored headscarves and stylish sunglasses dominate women’s fashion. The nation’s struggling economy, which relies heavily on oil exports, is still strong enough for most local teenage residents to have the smartphones needed for selfies. Like the Nabataeans before them, the biggest challenges modern Jordanians face is a lack of water needed to supply its growing non-nomadic population, and the political turmoil at its boarders.

Photo + Video + FilmBeyond Perceptions: A Jordan Journey
Tagged
Petra, Jordan
What did you think of this story?
Meh
Good
Awesome

Breakdown: How Ancient Sites Are Falling To Pieces

May 26, 2010 Christine Desadeleer
✖
travelstoke
Download the mobile app
stoked by