Coves, large pine forests, crisp air, pristine fjords, and overwhelming tranquility — Atlantic Canada is one of the greatest places to spend time in nature. Comprising New Brunswick, Nova Scotia, Prince Edward Island, and Newfoundland and Labrador, Atlantic Canada covers an area of 195,000 miles, but is home to only 2.3 million inhabitants. The area is therefore an incomparable coastal outdoor escape, leaving plenty of space for travelers who want to fish, hike, and kayak without bumping into anyone. Check out the best of what this part of Canada has to offer active travelers who want to get away from it all. 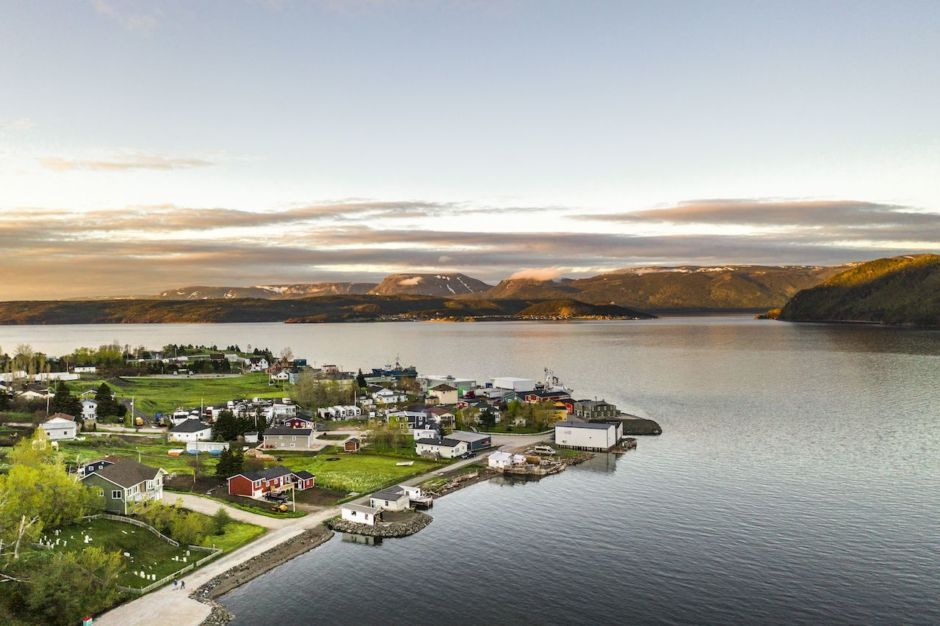 Located in the heart of Gros Morne National Park, Woody Point is a historic town with a population of 281 residents. Isolated and with views that will make you weak in the knees, the town is known as the host of the Woody Point annual regatta which takes place during the last week of July, offering not only sailing events but also community-organized games for families and a bike parade. The other popular event that the town hosts is Writers at Woody Point Festival, which takes place mid-August, where authors come to do readings, book signings, and the like to sold-out audiences. (Photo: Tyler Cave) 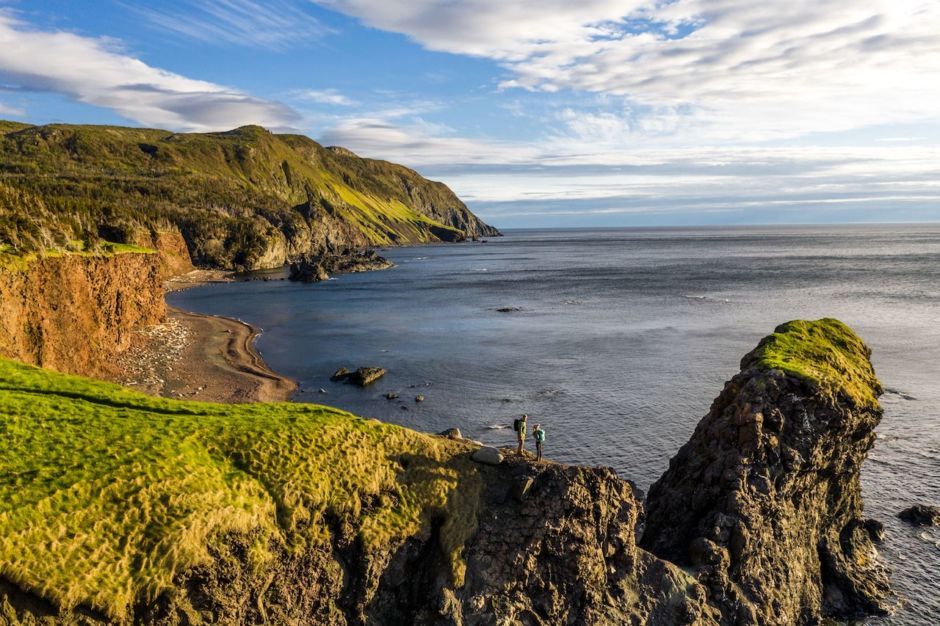 For a long hike that will help you reconnect with yourself and with nature, check out the Green Gardens Trail in Newfoundland and Labrador. Ascending the 7.5-mile winding forest path beginning at Tablelands, hikers will find themselves amid a diverse landscape of lush meadows covered in wildflowers and clifftops, finishing down at the volcanic sea coast. Due to its lush vegetation, the trail is used by the local Trout River residents as a summer range for livestock, so it’s not uncommon to spot a flock of sheep here in the summer. (Photo: Tyler Cave) 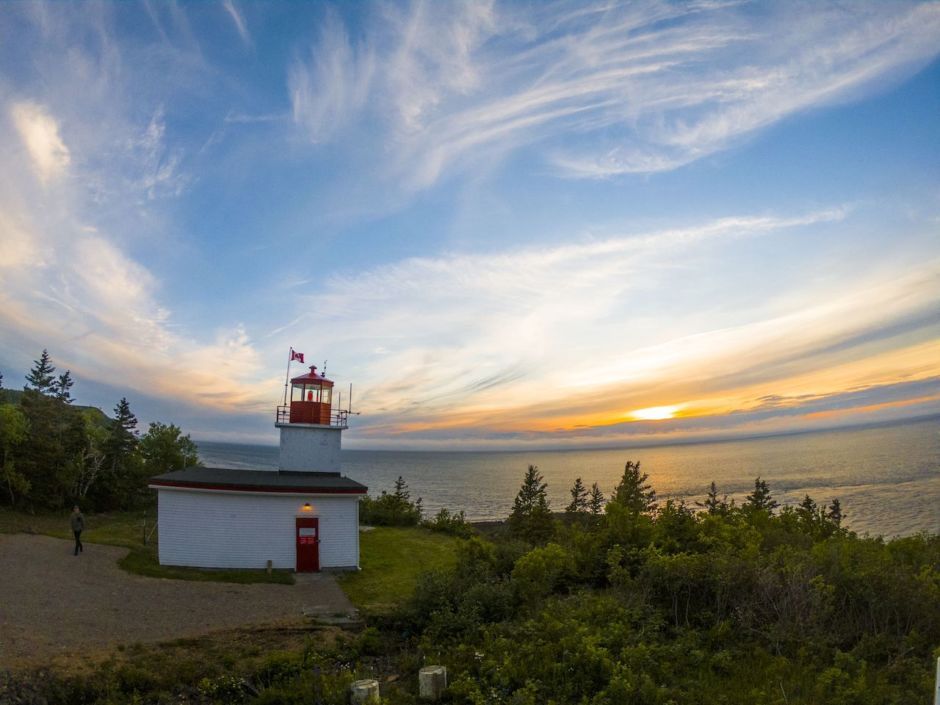 A rugged landscape of rocky coast and cold, clear waters opens up as you hike up to Manan Island. Taking the footpath to Gull Cliff’s edge, the view of precipitous cliffs and a dense forest is an invitation to find peace and reflect on the beauty of the natural world. Driving up at sunset is the perfect opportunity to pause and take in New Brunswick’s epic panorama. (Photo: Tyler Cave) 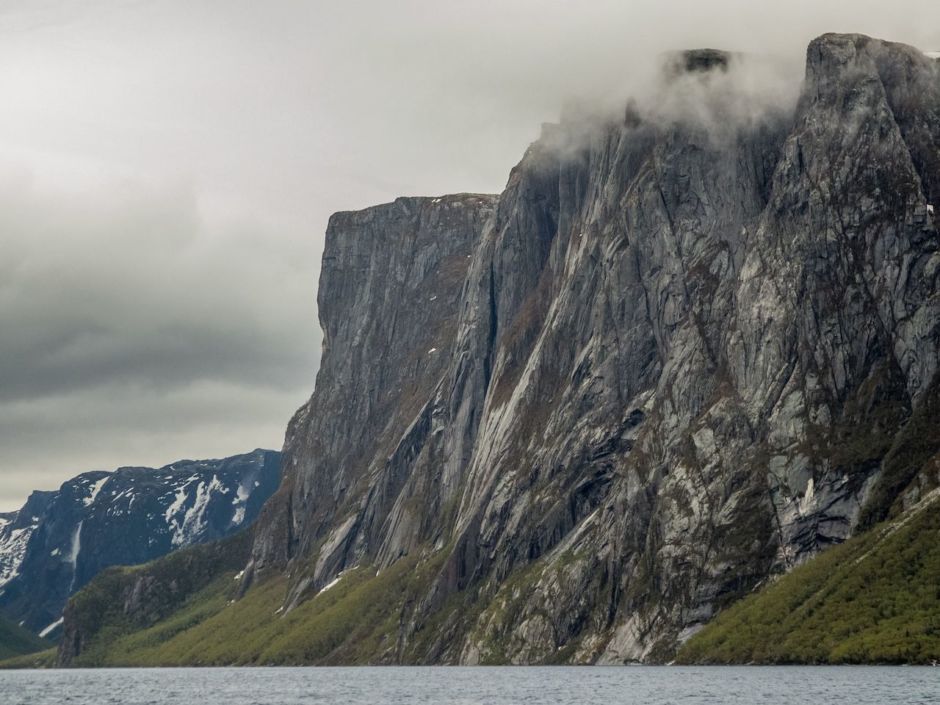 Gros Morne National Park is one of those places that photos don’t do justice to. The best way to truly experience the remote fjord landscape is by a boat tour which allows you to get up close to the famous land-locked Pond Fjord. Here, waterfalls cascade down cliffs as a reminder of the power of the natural forces that surround us. The tour lasts a little over three hours, offering plenty of opportunities to capture the moment on camera. (Photo: Luke Connor) 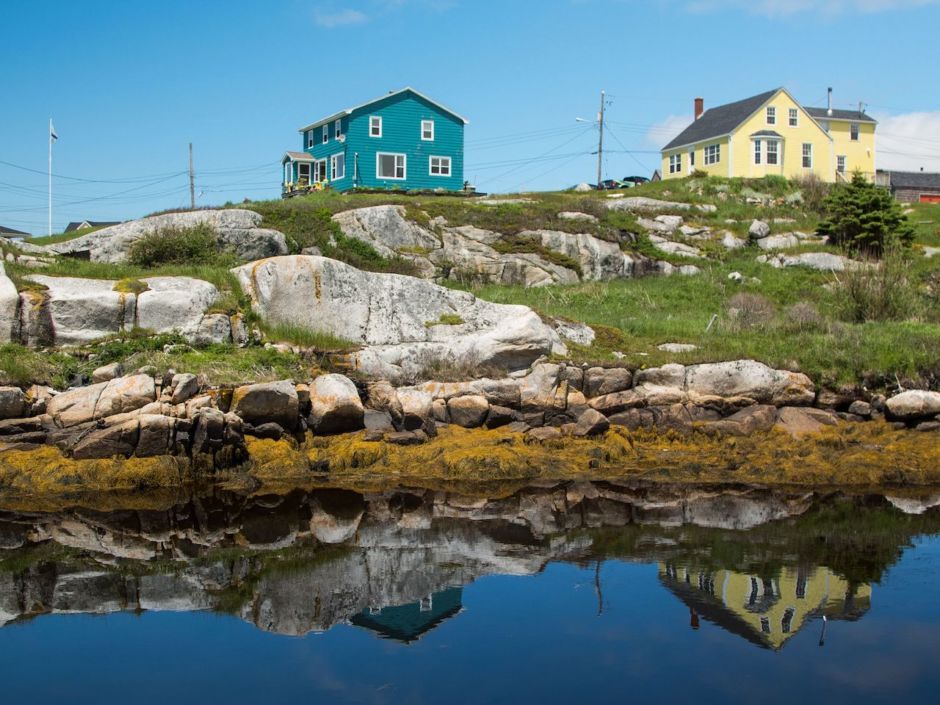 The highlight of Nova Scotia’s Bluenose Coast, Peggy’s Cove is one of the most photogenic coastal areas in Atlantic Canada. It stretches over 43 miles of quiet fishing communities where travelers can go on a whale-watching expedition, hike, explore the shores of St. Margarets Bay, and bird-watch. The must-try dish at Peggy’s Cove is the locally sourced lobster. (Photo: Luke Connor) 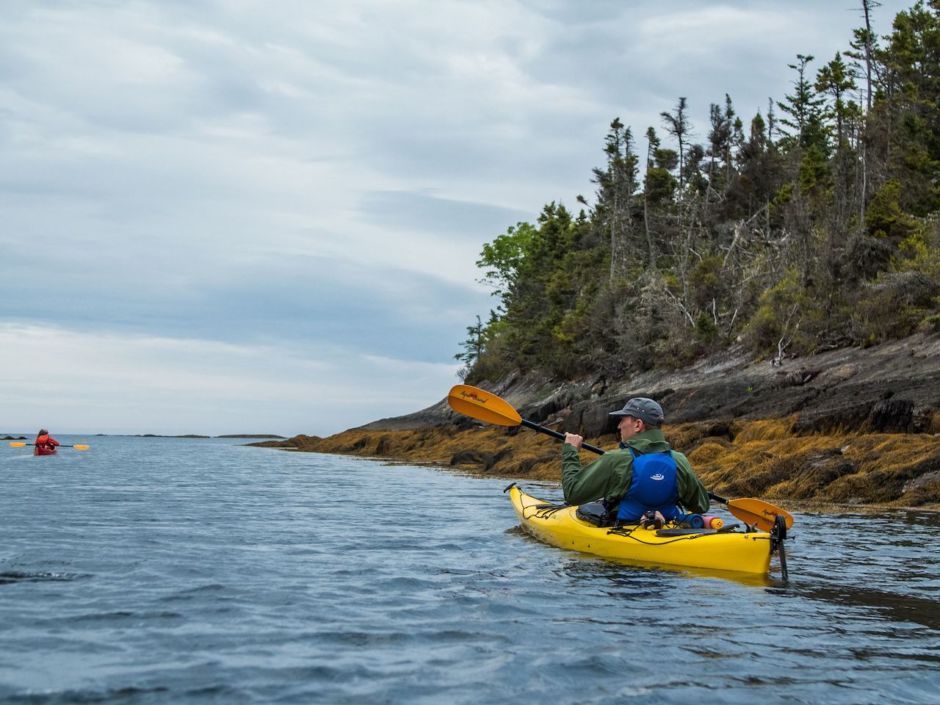 A quieter and lesser-known alternative to Peggy’s Cove, Blue Rocks is another small fishing village just 10 minutes outside the town of Lunenburg, Nova Scotia. Glide along the coast in your kayak and enjoy the peace and quiet. The old fish shack that sits in the water by itself is said to be the most photographed building in the country, so make sure it keeps its record and snap a shot. The village became a hub for artists and photographers in the 1940s who still visit in order to recharge their creative batteries. (Photo: Luke Connor) 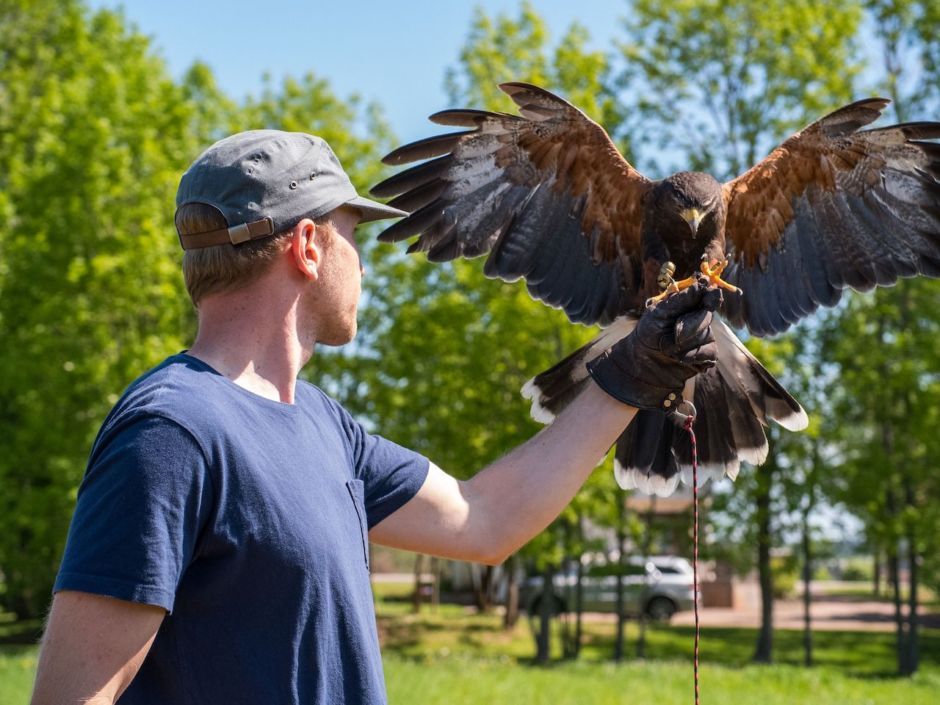 Learn the art of falconry on Prince Edward Island

Falconry is an important part of Atlantic Canada’s cultural heritage and you can partake in this traditional activity on Prince Edward Island. At Island Falconry Services, visitors can learn all about the birds of prey and have a chance to observe them in action. Having a falcon swoop down and steadily land on your gloved hand is an experience second to none. (Photo: Luke Connor) 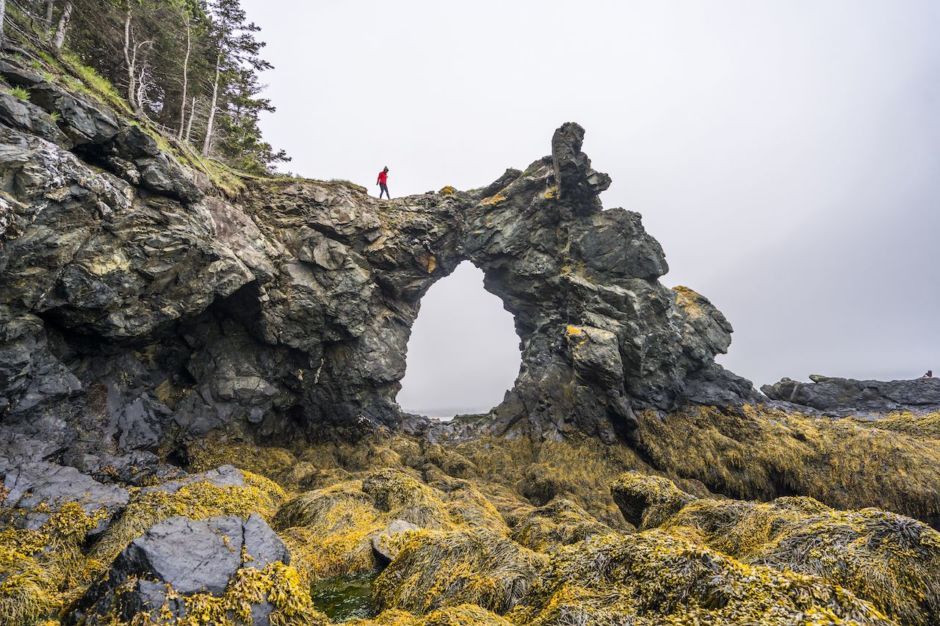 Conquer the arches of Hole-in-the-Wall Trail

Those who like their hikes with a touch of surprising rock formations will enjoy Hole-in-the-Wall — a short but very scenic forested trail that descends along the Olympic Coast. At the very end of the trail, which can be reached in approximately 15 minutes, you will see a rock arch jutting out of the nearby cliffs. (Photo: Tyler Cave) 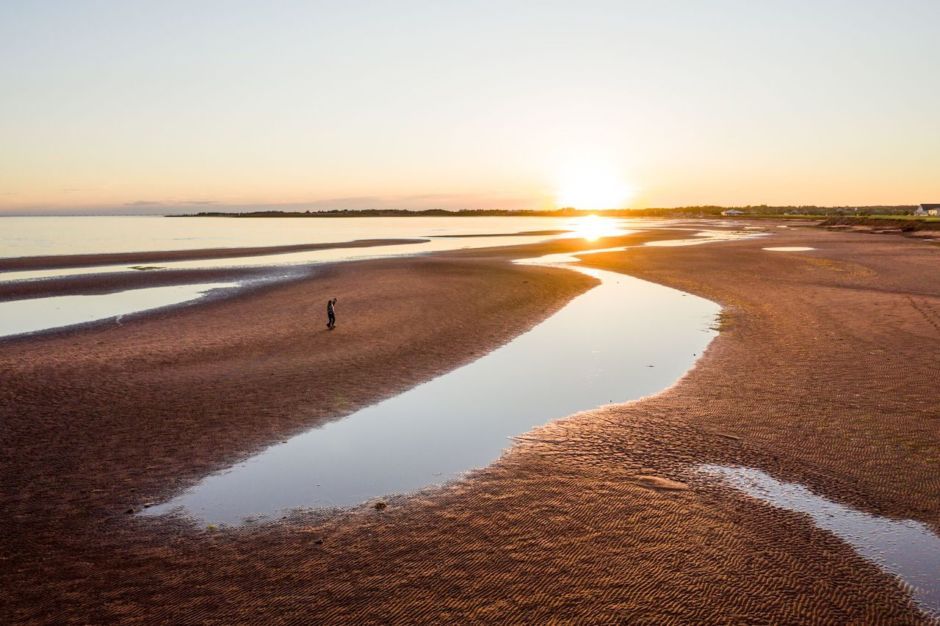 Take a sunset walk on the beaches of Prince Edward Island

Victoria Provincial Park offers ample space for a peaceful walk on the beach while the sun sinks below the horizon. Never crowded, this park is perfect for those looking to go inward and meditate in nature. If you’re looking for a more active adventure, you can rent bikes and kayaks. The nearby town of Victoria has plenty of small restaurants, cottages, and bed and breakfasts which make it a fantastic spot to spend a serene weekend. (Photo: Tyler Cave)

Food + DrinkNova Scotia’s official Chowder Trail is a must for any seafood lover
Tagged
Parks + Wilderness Galleries Trip Planning Canada
What did you think of this story?
Meh
Good
Awesome

Everything you need to know about Quebec’s Vaccination Passport

Everything you need to know about British Columbia’s vaccine passport