The Pacific Northwest has majestic mountain peaks, temperate rainforests, rushing waterfalls, and breathtaking views everywhere you look. To see it all, we mapped a loose plan, loaded up the car, and hit the pavement on an epic road trip. Starting in Washington, we drove up to British Columbia and then slowly wound our way down the coast, visiting the San Juan Islands, Olympic Peninsula, and Columbia River Gorge. Along the way we hiked, swam, picnicked with stunning views, and took a lot of photos. 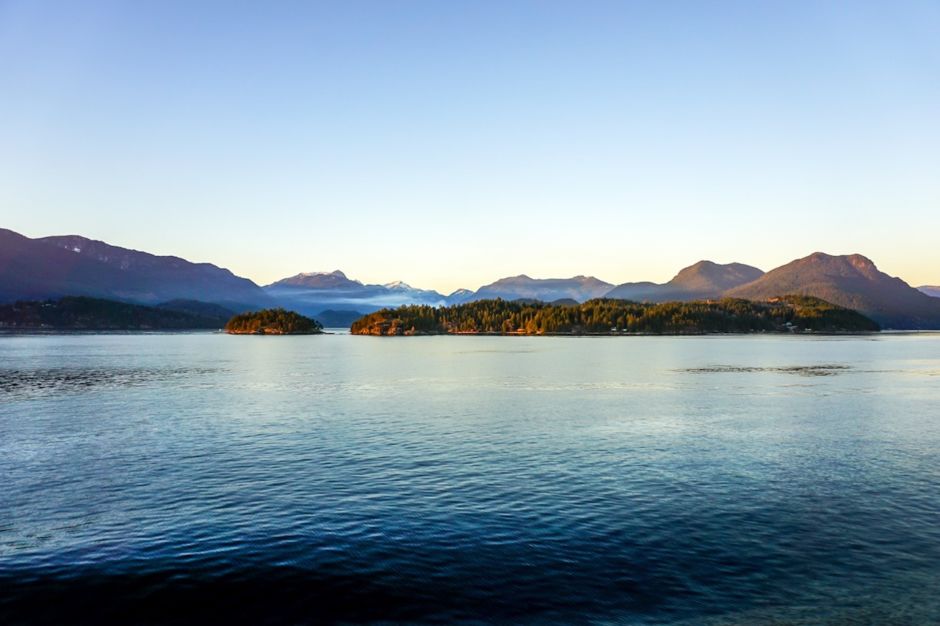 The drive north from Vancouver takes you to Horseshoe Bay, from where you need to take a ferry to Hopkins Landing. That gets you across the Howe Sound, so you can continue heading north up British Columbia’s Sunshine Coast. The area is nothing short of breathtaking. On the ferry you can see the surrounding islands, the snowy peaks of BC’s Coastal Mountains, and sun on the water. 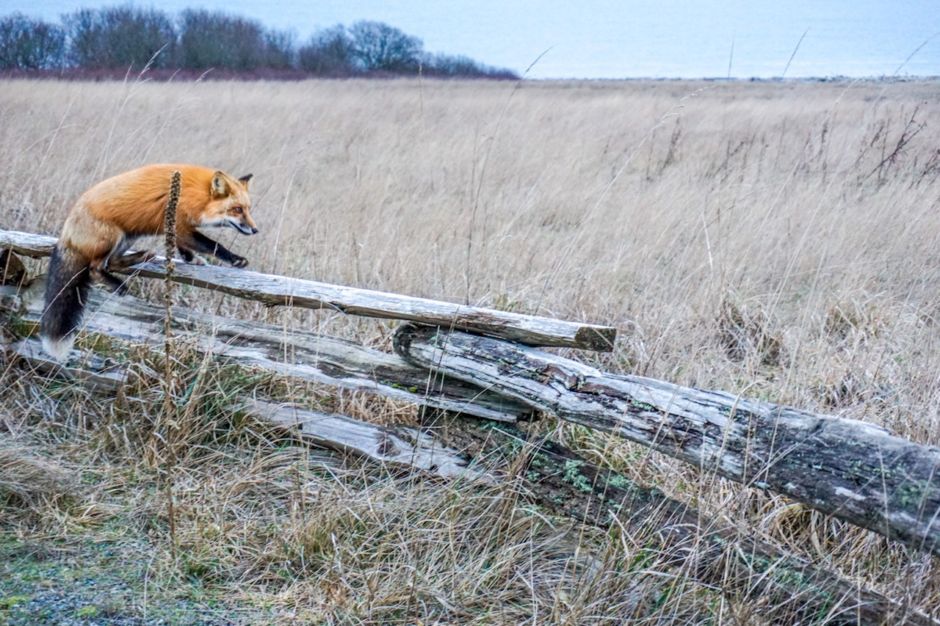 The BC coastline meanders between open prairies and old forests rich with flora and fauna on its Sunshine Coast. A wary fox defies a fence, and we watch as his fur ripples with every movement like the waving grass serving as his backdrop. 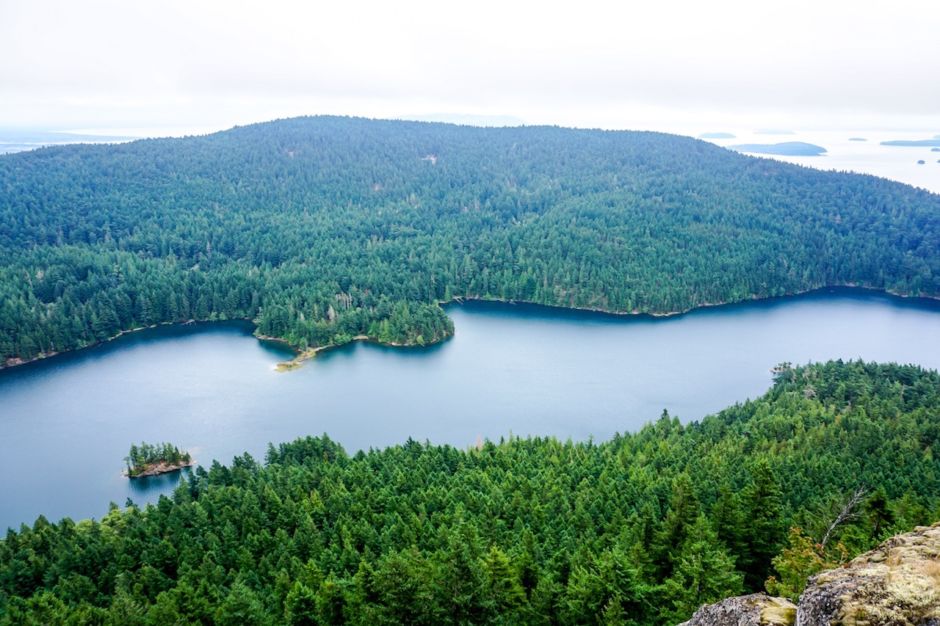 After driving back south to Anacortes, Washington, we took the Washington State Ferry to Orcas Island, one of the the San Juan Islands. Once there, a 6.7-mile round-trip hike takes us from the Mountain Lakes all the way to the top of Mount Constitution, the highest point in the San Juans, where we have a picnic lunch. 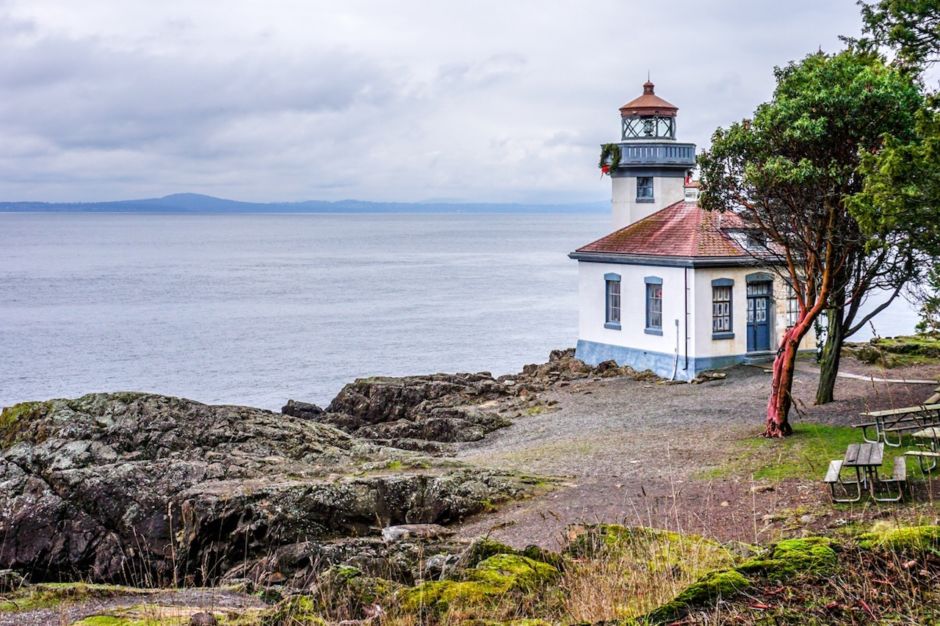 On the islands and the coast, sleepy lighthouses still signify the seashore for passing ships. We explore the tiny structures that play such an important role in coastal navigation and the declaration of dangerous areas. 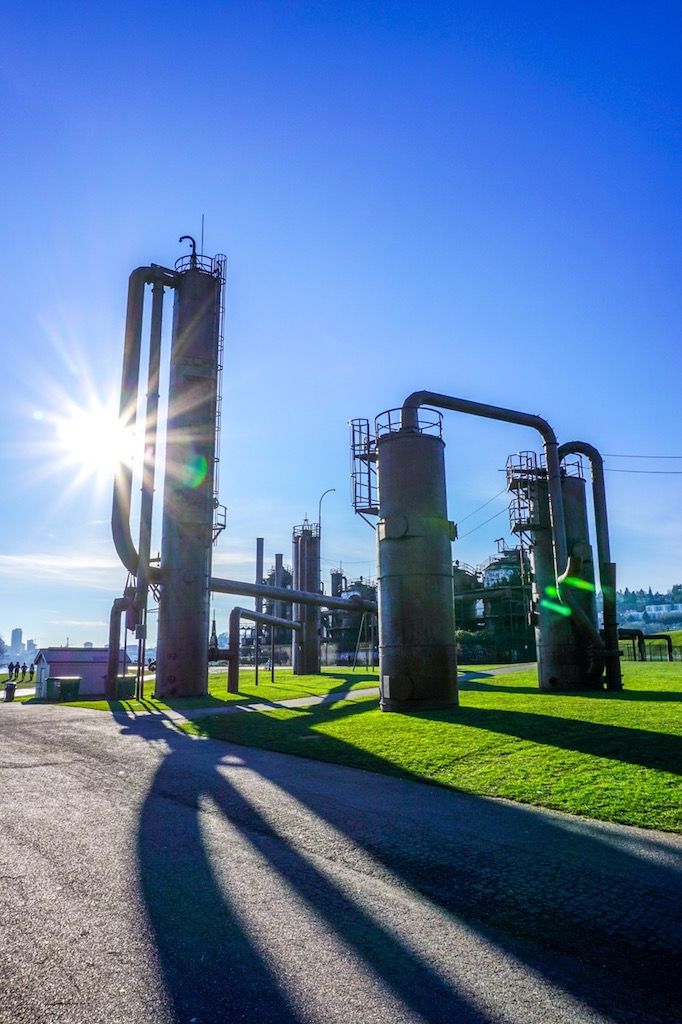 A ferry ride and a long drive get us to Seattle. We stop by Gas Works Park on the shores of Lake Union. Located on the National Register of Historic Places, Gas Works Park was converted from a coal gasification plant that operated until 1956 and is now a lovely city park. 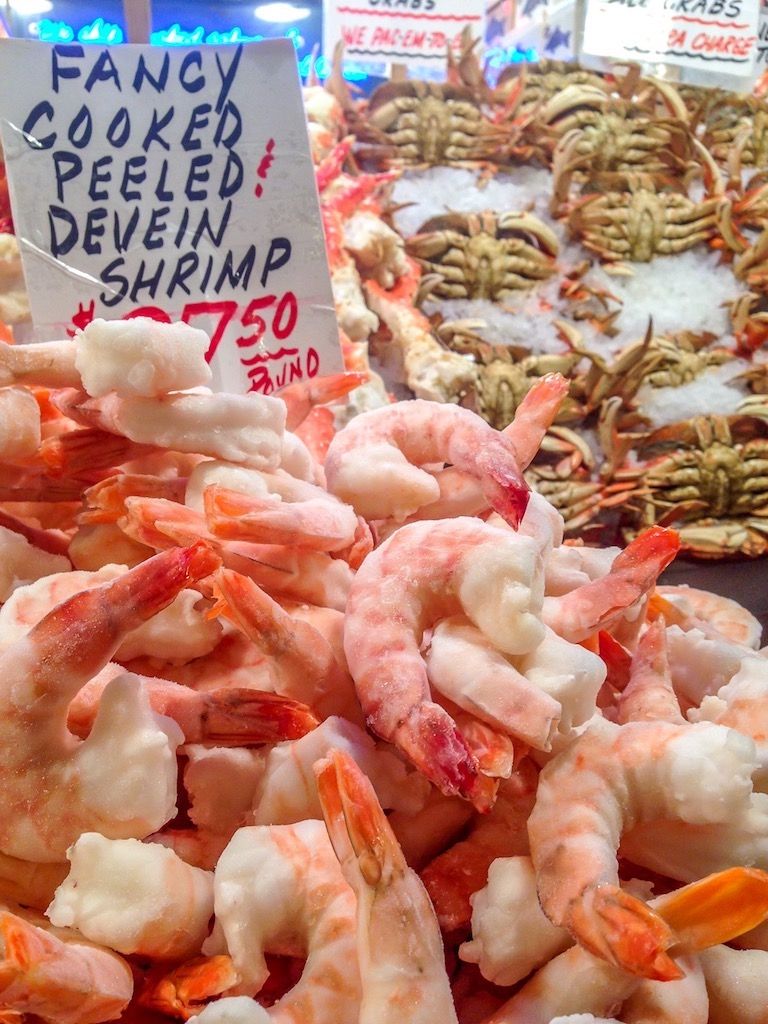 Also a part of the National Register of Historic Places is Pikes Place Market. It opened in 1907 and is one of the oldest farmers markets in the United States. Vendor stalls filled with fresh seafood line every hall, and the aroma of garlic bread wafts from food carts tucked into the corners of the market. It’s a feast for the senses. 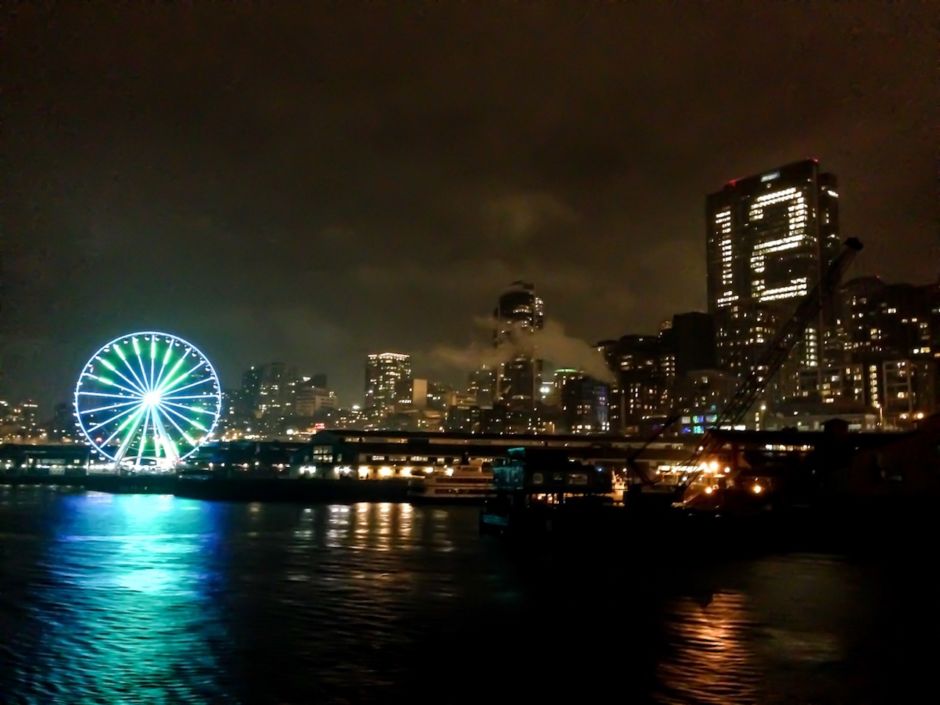 Seattle is alive at night. We get a boat ride to admire the glowing skyline, and we spot a large number 12 high above the rest of the city. The 12 comes from the twelfth man, a term often used by the Seattle Seahawks American Football team to make reference to their fans. 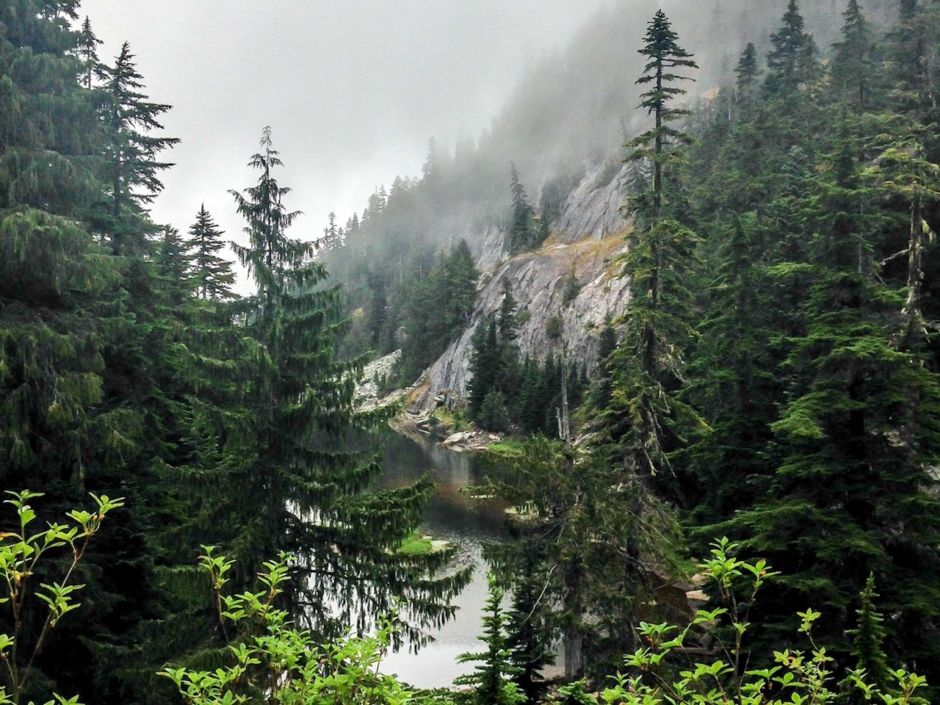 No road trip is complete without a backpacking adventure, and Seattle has plenty of opportunities nearby. We drive to North Bend and hike on Denny Creek to Melakwa Lake. The rain holds overnight but thoroughly drenches our tents when we pack up to leave. 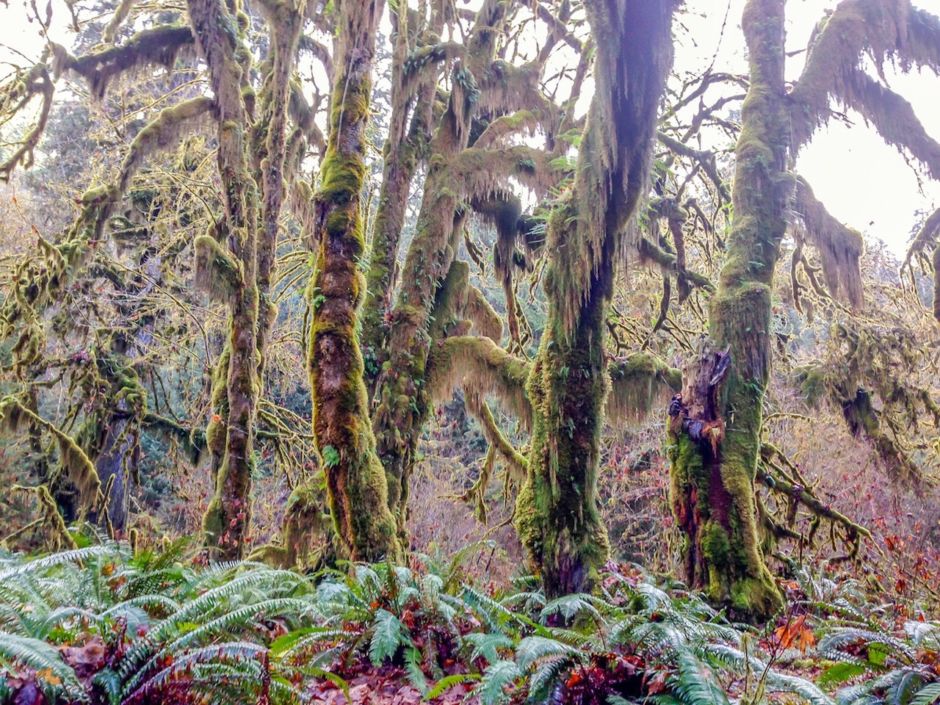 We make our way to the Hoh Rainforest, one of the largest temperate rainforests in the United States, on Washington State’s Olympic Peninsula. This hidden gem is inhabited by some of the biggest slugs imaginable, and thick mosses cover the trees. As you walk among towering trees on trails carpeted with fog, you feel as if you have been transported to New Zealand. 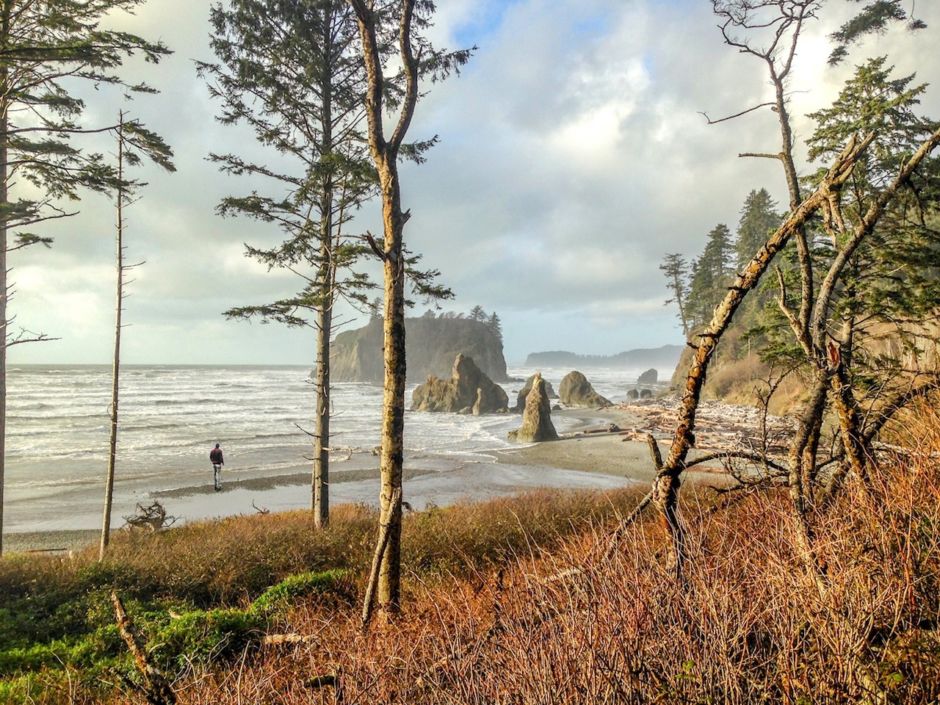 As dusk pushes out the day, we drive west to the Pacific Coast of the Olympic Peninsula. We arrive in time for sunset at Ruby Beach, where the rock formations seem to float like ships in the breaking sea. 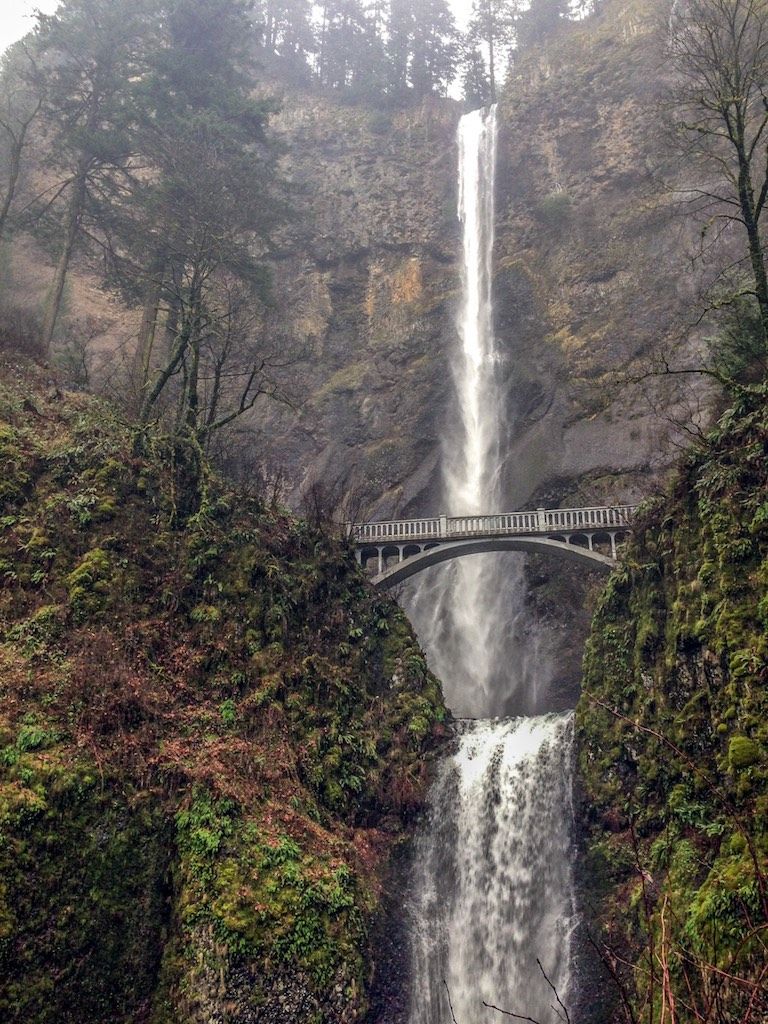 From the Olympic Peninsula, we drive south to the Columbia River Gorge, which separates Washington and Oregon. On the Oregon side, Multnomah Falls is our first stop. These tiered waterfalls have a total height of 620 feet. If you want to get a closer look, take the winding path that goes all the way up to the Benson Bridge. 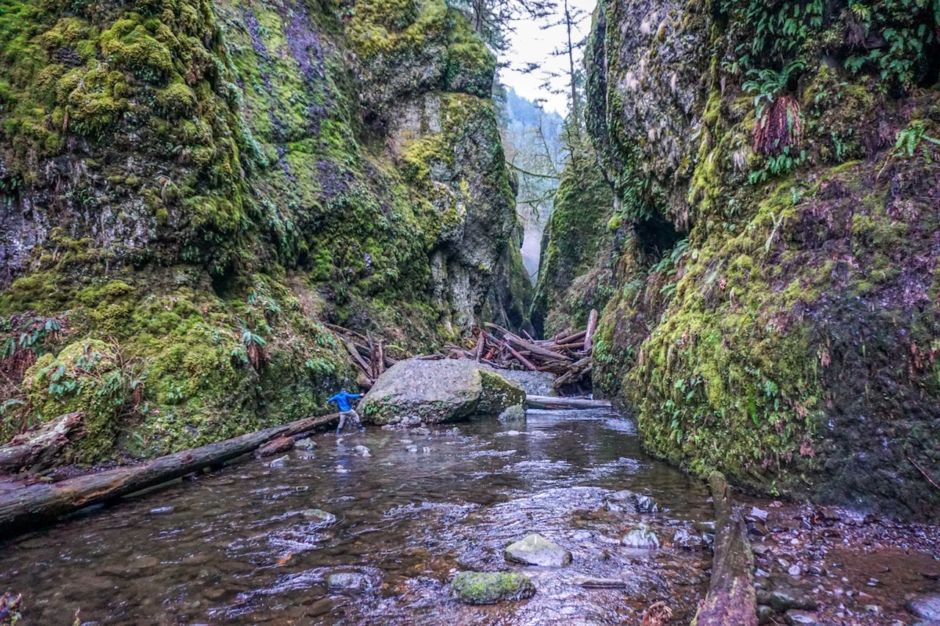 From there we decide to hike to the Oneonta Gorge in Oregon’s Columbia River Gorge area. We wade through a river bed deep into a gorge, ending at a lush glowing waterfall.

Student Work14 Images That Show Why I’m Proud To Live in the Pacific Northwest
Tagged
Galleries Road Trips Insider Guides
What did you think of this story?
Meh
Good
Awesome