The Caminito del Rey, in southern Spain, is an exciting and breathtaking adventure for anyone looking to explore the great outdoors. The Caminito del Rey (King’s Little Pathway) is a narrow walkway that was built over 100 years ago on the steep walls of the Gaitanes Gorge in El Chorro.

@visitWalkin’ on a dream through Caminito del Rey in Spain. 🇪🇸 If this wasn’t on your bucket list before it should be now! Who would you visit with? Ig: @jess.wandering and @everchanginghorizon♬ original sound – Visit

The Gaitanes Gorge is in Spain’s southern province of Málaga and hosts one of the most spectacular hiking trails in Europe. The mostly flat walk usually takes about four to five hours to hike and is primarily a narrow pathway suspended over the edge of the gorge. It was originally constructed in 1905 as an access route for workers at an area hydroelectric dam but has since become a popular tourist destination due to its picturesque surroundings. 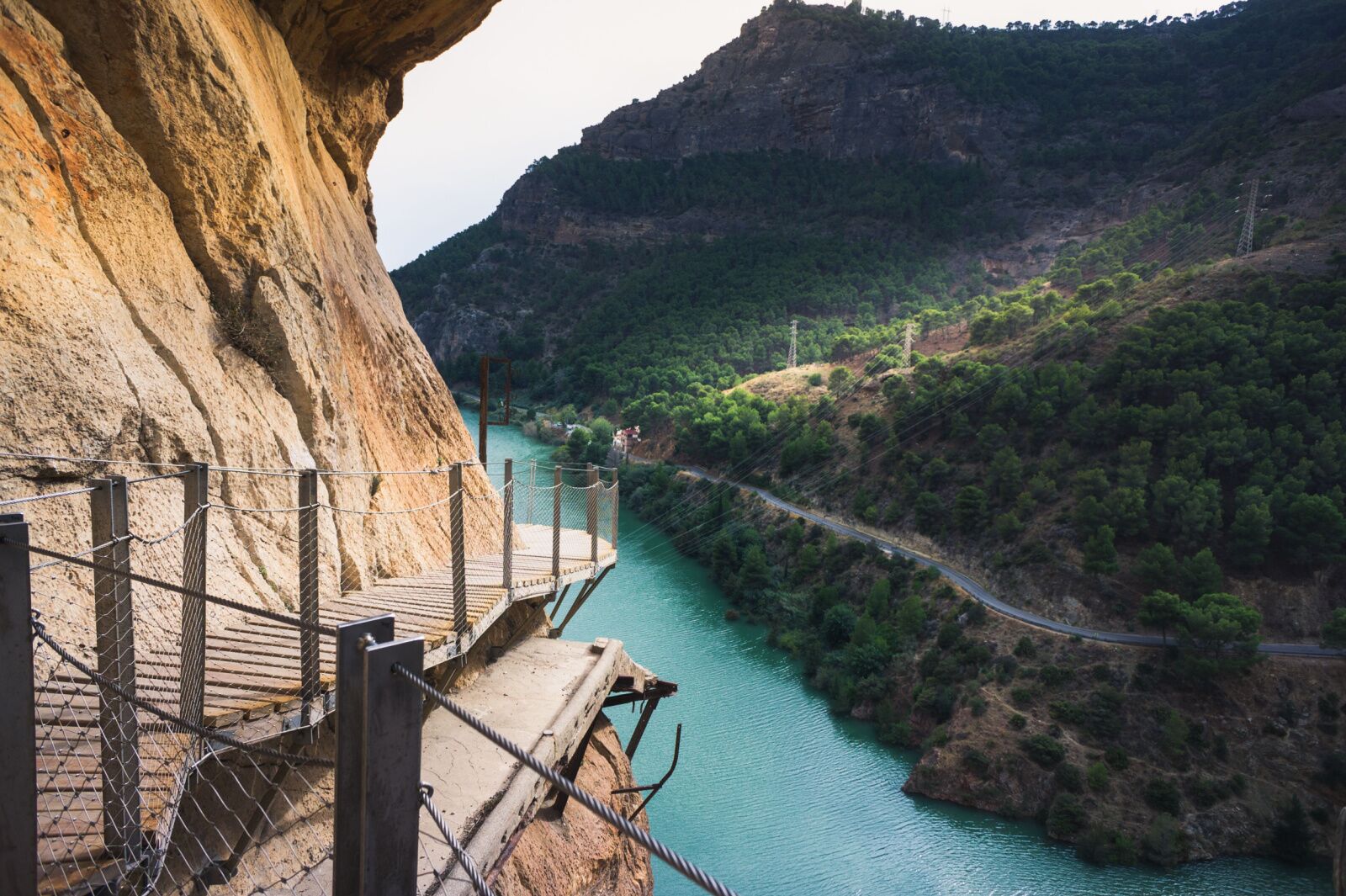 Gaitanes Gorge was formed over centuries by erosion from the River Guadalhorce flowing through limestone rocks. Since then, the river has worn away at the limestone to produce the 2.5-mile-long ravine. With enormous cliffs nearly 1,000 feet high on either side of the canyon, and a path that hangs at times more than 300 feet above the bottom, it’s a unique location and one of the most unusual places to hike in Europe. It remains one of Andalusia’s most impressive attractions, drawing thousands to its trails each year.

Where is the Caminito del Rey? 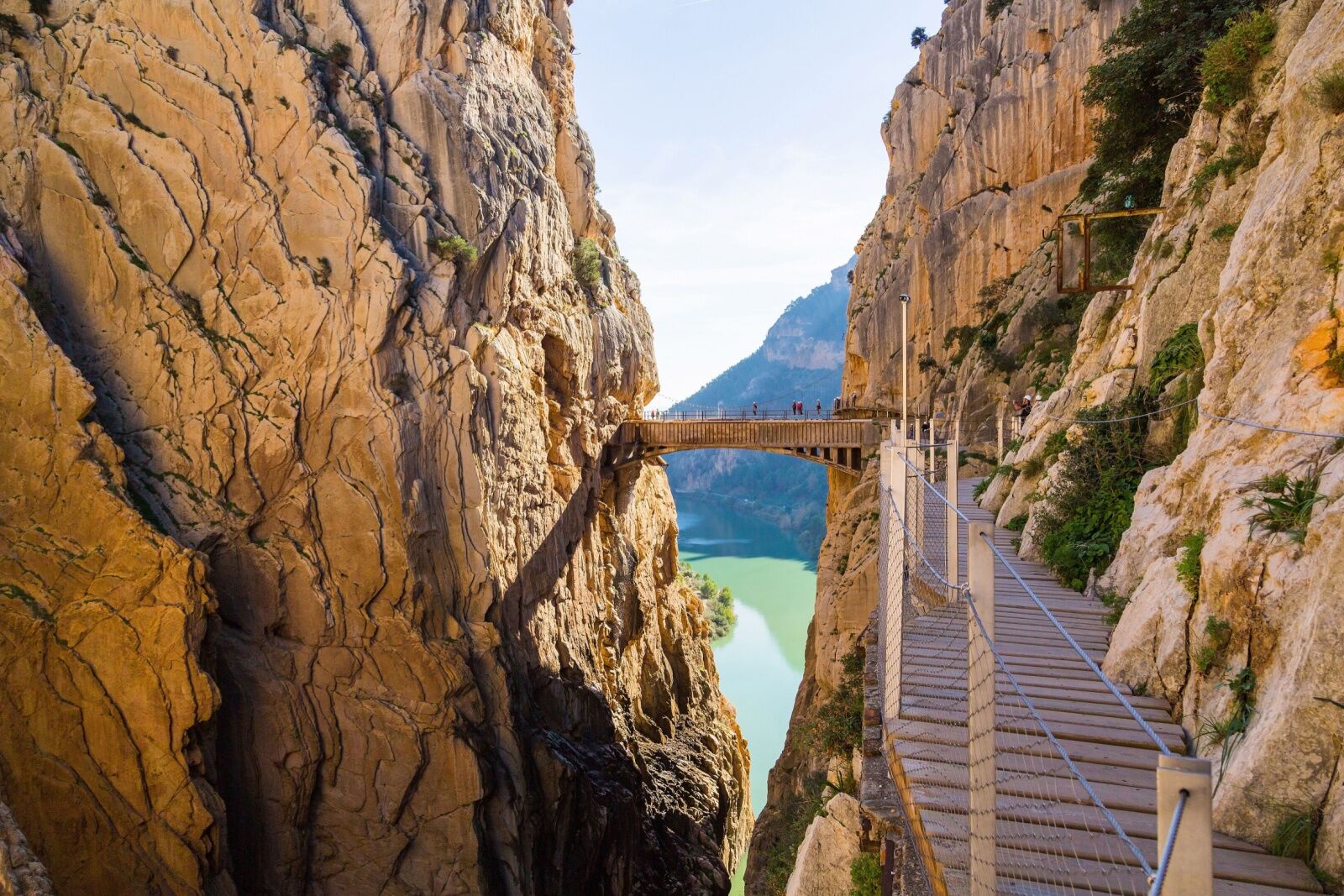 The trail is about 4.6 miles long and only goes one way, winding through forests — and along the famous canyon walls, of course. The highlight of the trail is probably the Puente del Rey suspension bridge that crosses the canyon. Though it’s a point-to-point trail, your admission fee includes a bus that takes guests back to the starting point on an ongoing basis. 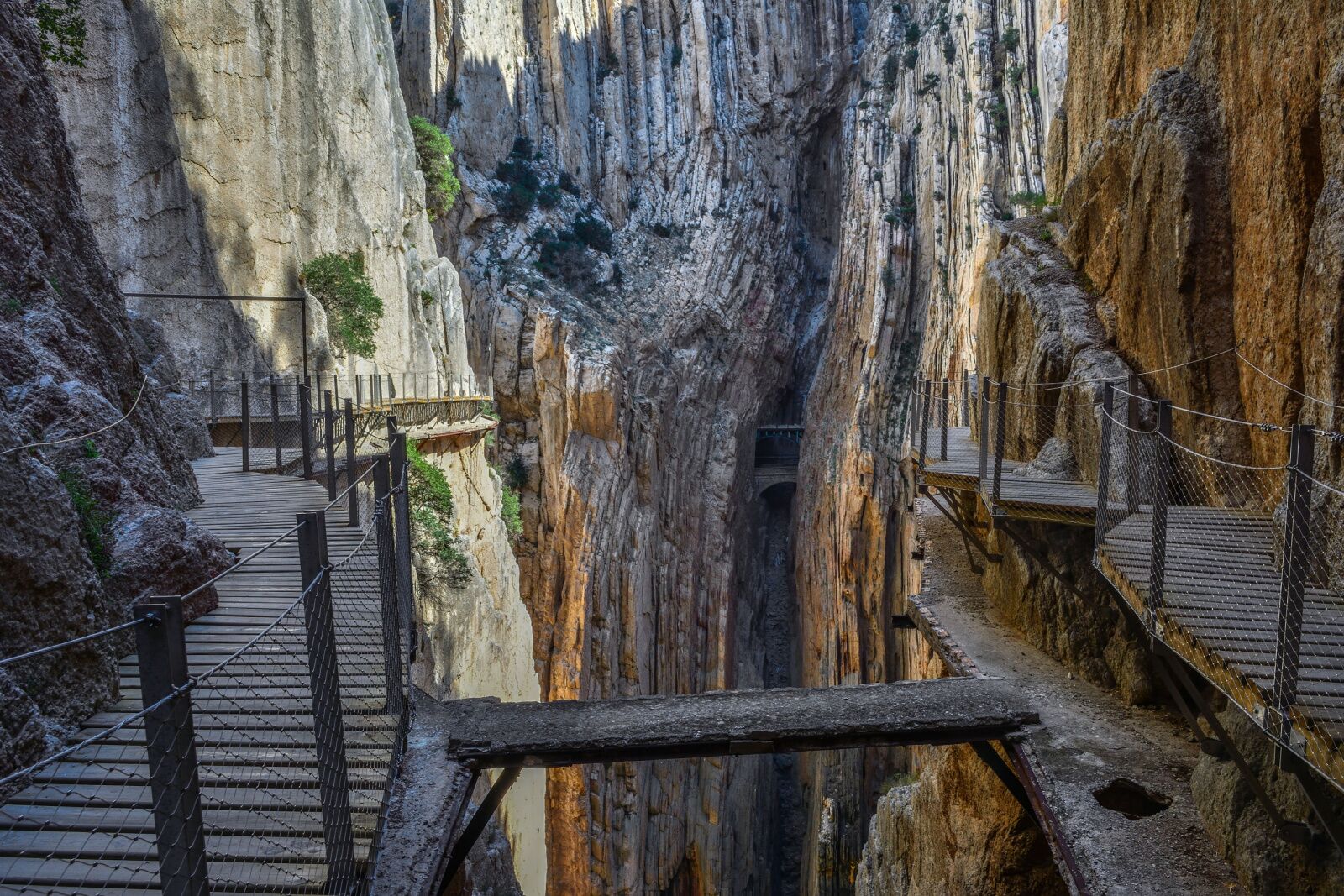 You can see the old (and much more dangerous) trail directly beneath the new one. Photo: LUC KOHNEN/Shutterstock

The entrance fee is 10 Euro per person, or roughly $11 US. This fee includes access to the Caminito del Rey pathway, as well as a variety of other attractions in the area such as museums and information centers, plus other area trails.

If you’re afraid of heights, you may not love the walk. But it’s actually very safe — though that wasn’t always the case. The scenic path that was declared unsafe by the Spanish Government in 2000 after several fatal accidents and was sometimes referred to as “the word’s most dangerous footpath.” But in 2015, it underwent a four-million Euro update to bring it up to current safety standards. Now, the path has new stairways and metal walkways that make it safer than ever before without blocking the views of the canyon.

However, you can still see the old path just below the new one. With the uneven ground and lack of railings or handrails, it’s no wonder it used to have a dangerous reputation.

Languages15 Andalucían Expressions To Know Before You Go To Spain
Tagged
Hiking
What did you think of this story?
Meh
Good
Awesome