When it comes to breathtaking scenery and unique cultural experiences, Croatia is a must-see destination. From its stunning Adriatic coastline and islands to its vibrant cities and charming villages, Croatia has quite a lot of appealing destinations packed into a small country, especially if you like the outdoors. But one of the most picturesque spots in the entire country is the “Eye of the Earth,” in the southern part of the country.

The Eye of the Earth, officially called the Izvor Cetine, or the Cetina River Spring, is a natural spring at the base of the Dinara mountain range. Similar to a sinkhole, the natural spring is fed by the same underground aquifer that feeds the nearby Cetina River, which empties into the Adriatic Sea. And there’s no secret as to why it got its imposing nickname.

@visit The eye of the earth! This magnificent spring has an unusual shape and colour and is one of the sources of Dalmatia’s longest river, the Cetina. It stretches for about 65 miles before emptying into the Adriatic Sea. Its waters flow at the foot of the Dinara, Croatia’s highest mountain massif. It is known as the “eye of the earth” because it resembles an eye in various shades of blue and turquoise. From above, it is undeniably one of the region’s most unique and fascinating natural wonders. Would you visit?🇭🇷 🎥 @around.the.world.family ♬ original sound – Visit

The rocks around the natural wonder form a perfect circle around the almond-shaped, emerald-green pool. Because it’s quite deep in the center — divers have made it to about 400 feet below the surface — there’s a dark blue shade in the middle that looks exactly like a dark blue eye. It may look shallow from the surface, but if you’re able to see the Eye of the Earth from above, it’s clear it extends deep into the ground.

How to reach the Eye of the Earth

The Eye of the Earth is in the long, southern tip of Croatia, about an hour north of the popular tourist town of Split. if you’re driving there from Dubrovnik, where the primary international airport is, it’ll take you between three and four hours of driving (not including the border crossings).

You can easily rent a car and drive yourself, or join an organized tour and let someone else do the work. Dalmatia Untouched offers tours that include visits to Eye of the Earth as well as lunch and stops at some other nearby beaches and small towns, and Discovery Tours pairs a visit to the natural spring with a local wine tasting.

What to do at Eye of the Earth 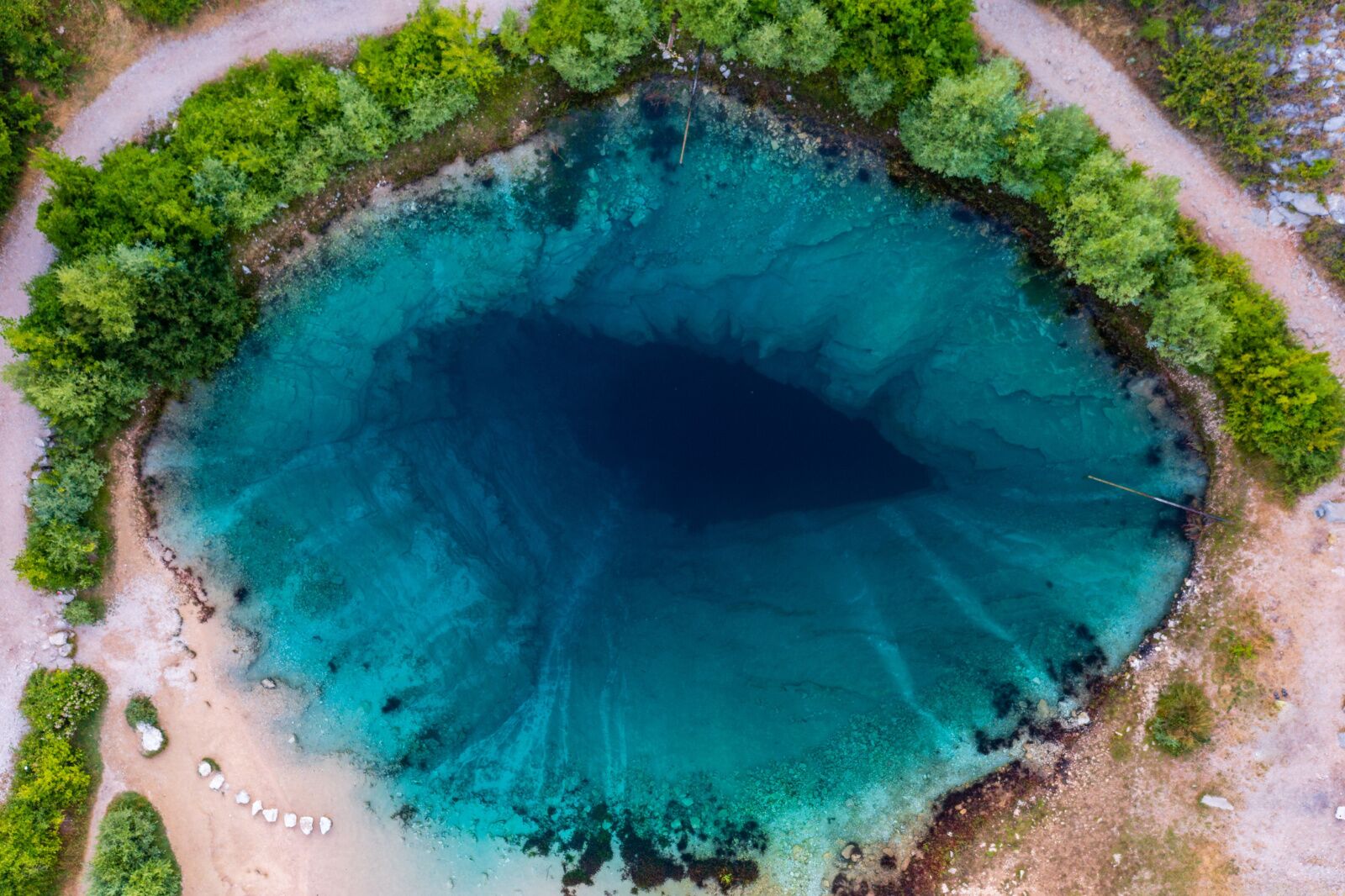 Aside from simply admiring its beauty, most visitors to Eye of the Earth come to swim in the crystal-clear waters. Like hot springs, the water comes from beneath the surface, but unlike hot springs, it’s quite cold, even in summer. The spring is also very close to Dinara Nature Park, established in 2021 and known primarily for hiking. The park has 10 peaks nearing 5,000 feet above sea level, which means there are quite a few nearby trails. The most popular is likely the nine-mile Croatia – Dinara hike, which gains more than 4,000 feet on the way to the country’s highest peak.

This region of Croatia, called Dalmatia, also has more than 1,800 miles of mountain biking trails, and nearby Split is known for stunning beaches and ruins from the third and fourth centuries CE. Roadtripping is also one of the most popular activities in this part of Europe, especially if you plan to add in visits to some of Croatia’s fabulous national parks.

Beaches and IslandsThe 4 Croatian Islands You Have To Visit This Summer
Tagged
Adventure Travel Croatia
What did you think of this story?
Meh
Good
Awesome