If you’re not afraid of heights, you’ll want to add this jaw-dropping hike in Colombia to your travel bucket list. The actual distance is minimal, but the entire hike is a series of hundreds of concrete steps that rise nearly 700 feet into the air. But if you. make it, you’ll have views of one of the prettiest places in all of Colombia (though in fairness, the country is packed with beautiful places).

El Peñón de Guatapé, also known as La Piedra del Peñol, is a large granite rock formation located in the municipality of Guatapé, in Colombia’s Antioquia department. The rock stands about 43 miles east of the city of Medellín, so it’s an easy day trip if you’re in the city. It’s a popular tourist destination and is known for its panoramic views of the surrounding area, including the Guatapé Reservoir and the Cauca River.

Visitors have to reach the summit via a long, winding staircase that has more than 700 steps. At the top, there’s a viewing platform from which visitors can take in the stunning views of the surrounding landscape. The rock is also home to a small chapel, built in the 1970s. 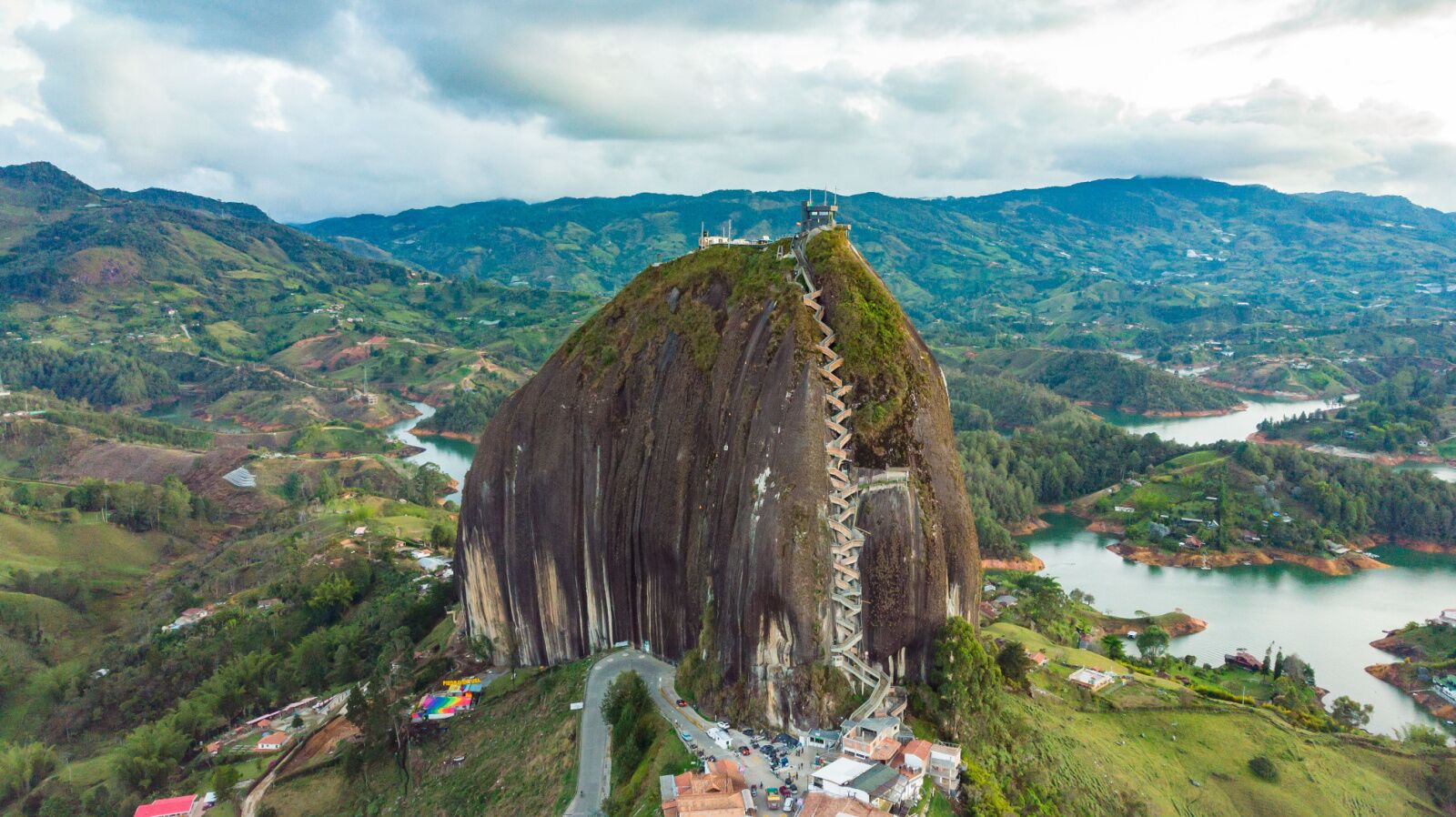 In addition to its natural beauty and historical significance, El Peñón de Guatapé is also a cultural and economic hub for the surrounding community. The rock and the surrounding area are popular for outdoor adventurers such as hikers, rock climbers, and bird watchers. There are also several restaurants, souvenir shops, and other tourist attractions in the area.

The fee to access the stairs and climb to the top is only about 28,000 Colombia Pesos, or about $5 US. Bring water or cash to buy drinks (and food).

The history of the rock 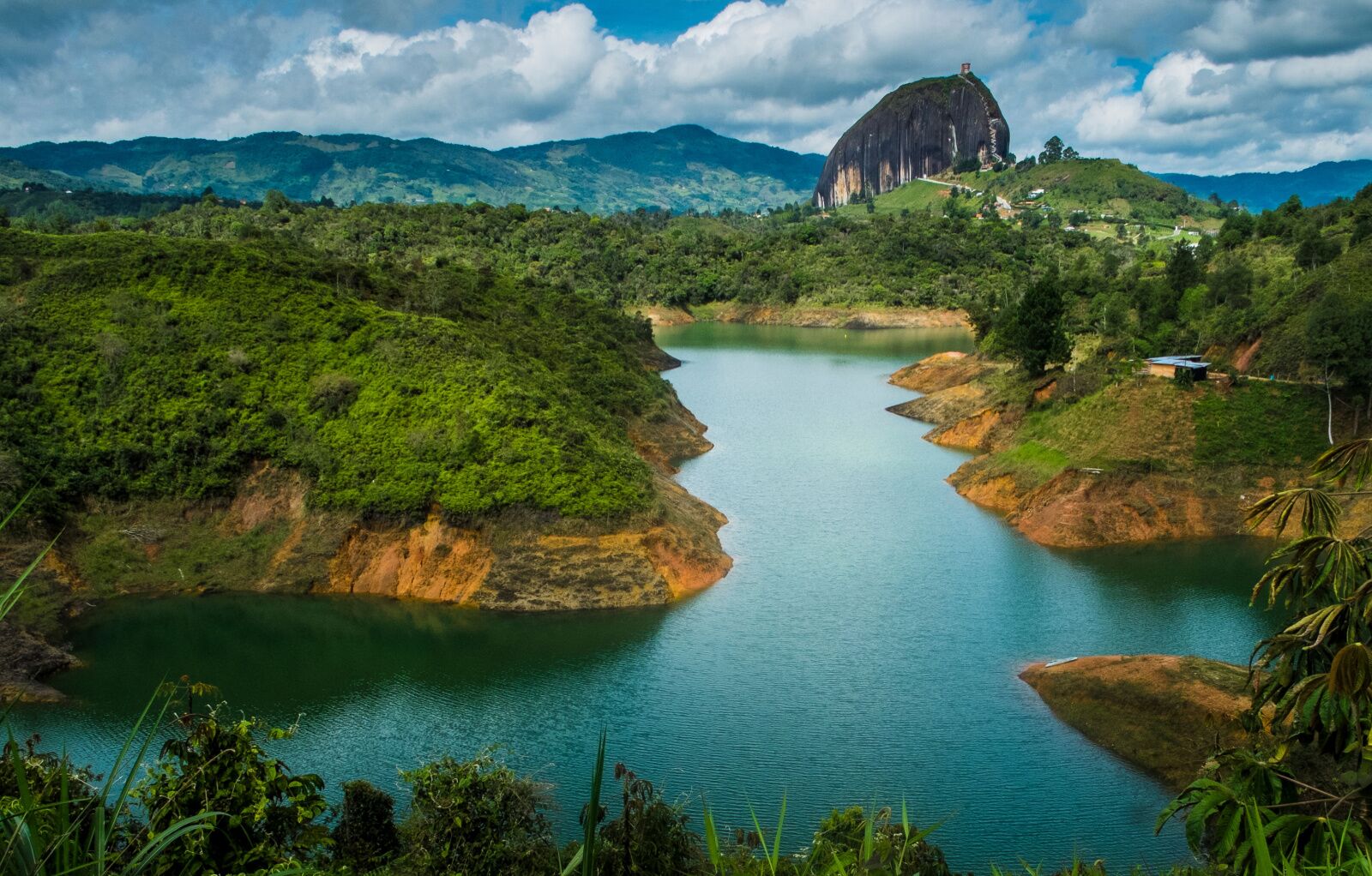 El Peñón de Guatapé is a natural formation that has played a significant role in the history and culture of the region for centuries. The rock is believed to have been formed around 200 million years ago during the Jurassic period. It is made up of granite and has a unique shape, with a flat top and steep sides.

The rock has long been revered by the Indigenous people of the area, such as the Tahamí, and has played a central role in their culture and traditions. It is believed that the rock was used as a place of worship and spiritual connection for them and was relatively unnoticed by outsiders.

In the early 20th century, the rock became a popular tourist destination and was developed as a recreational and cultural attraction, with the long staircase built to the top.

NewsColombia’s New Digital Nomad Visa Makes the Country One of the Best for Working Abroad
Tagged
Hiking Medellín, Colombia
What did you think of this story?
Meh
Good
Awesome

12 Things You'll Only Understand if You've Been To Medellín, Colombia