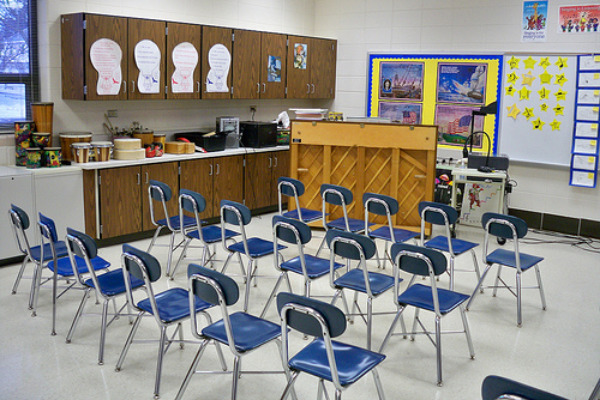 During our first-day introductions, I listened intently as my classmate spoke in Spanish, hoping her accent wouldn’t be as good as mine. That’s just the kind of person I become in a classroom. The corners of my mouth turned upward as I heard echoes of an unidentifiable Western European language in her otherwise solid Spanish. My smile disappeared, however, as she explained that she was from Switzerland, where multilingualism was the norm. I couldn’t tell whether her accent was French or German because she spoke both, as well as English and Spanish. Although she may have ciphoned some of the air from my temporarily inflated ego, she reinforced my decision to continue working on my Spanish even though I finished my last college Spanish class five years earlier.

I’ve never understood why so many people who excel in a language in high school or college slam the brakes on their journey before reaching the final destination of full fluency. Perhaps cultural narcissism keeps many Americans from realizing how beneficial bilingualism is. I’m a typically ego-centric American in many ways, but I’ve always looked forward to the day when I can call myself truly fluent in Spanish. One key step in that path was my recent five-week series of classes in Mexico City, where I discovered some do’s and don’ts that aided my quest for fluency.

My experience at International House began as many language-school first days do: with a short written quiz and a conversation in the target language, both meant to determine at which level the student should begin. That first conversation included an important question: the coordinator wanted to know what my goals were. My priority remained clear throughout my trip: to make mistakes.

It sounds weird, but I knew that if I could become more comfortable making a fool out of myself, I’d make some major strides forward. I didn’t want to chicken out and revert to English when interacting with a bilingual person. I wanted to actually learn from my mistakes, which had always been difficult for me. To learn from the mistake, you have to focus on the positive possibility and not the negative present (or the fact that the person next to you is mastering language number four).

Almost halfway into my trip I was feeling much steadier linguistically and culturally. I was comfortable getting around my neighborhood, riding the metro, dealing with laundry, and tipping people. However, I completely misunderstood someone every single day. This was as aggravating to me as restubbing a toe, but I’d remind myself learning from my mistakes was the point. Besides, mistakes or faux pas often lead to some sort of new, beneficial realization. 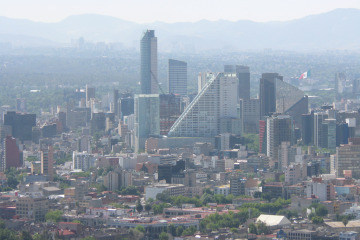 The youngest of my three teachers at the school was the most entertaining and the most frustrating, mostly because she challenged me to avoid the path of least resistance. She often complimented me on my level but urged me to look up synonyms for words and phrases. “Buscar, buscar, buscar,” she would say, encouraging me to befriend a thesaurus and “search, search, search” for new ways to express myself. “With a language as rich as Spanish,” she said, “there’s no excuse to keep repeating the same words.” At my level, I was able to explain myself fairly easily, but to become truly fluent I’d need to master the nuances of the language and continue expanding my vocabulary.

Toward the end of one class that I had been enjoying, I got awfully defensive. After immediately snapping, I stopped arguing, listened, thought about it and realized her point was correct. Yes, I was overusing the transition es que (“it’s just that”) and, yes, it really does suggest that one is trying to make an excuse for some behavior, which was not exactly what I was trying to convey. At the advanced level it’s easy to stick with words and phrases that are comfortable and sound colloquial, but it’s a trap. “Buscar, buscar, buscar,” I thought.

At a language school, the teacher is the teacher, but the student is the boss, the one paying for the service. Most schools make this fairly clear, especially during the first class, when a good teacher will ask what the students wants to focus on. I fell into the trap at one point, finding myself dreading completing another set of exercises. Then I suggested we shift focus to conversation for the rest of the class. Not only did my mood immediately lift, but I learned more because I was more engaged. Learning in a classroom as an adult sometimes presents fluctuating power struggles, but those who can allow themselves to be guided while remaining in control of the overall experience gain the most.

4. Don’t Limit Learning to the Classroom

As much as I took away from the classes, I probably learned an equal amount from informal teachers, from taxi drivers to waiters to random passersby. I would try to eavesdrop while enjoying my many cafés con leche at coffee shops, chat with the guesthouse owner about my day (and, ocassionally, my grievances with the language teacher), make small talk when purchasing items and even offer to help struggling tourists communicate with locals.

Another reason to embrace learning opportunities outside of the classroom: A teacher is not mistake-proof and is just one of many voices. It’s important to take what your teacher says seriously and not get defensive or argumentative, but if you’re surprised by what he or she is telling you, check with others, with informal teachers you meet every day. After all, why else would you immerse yourself in a culture that speaks the language you’re trying to master if not to take full advantage of the classroom that extends beyond four walls?

To read more about language learning, check out 7 Tips for Learning a Foreign Language on the Road, 10 Steps for Becoming Fluent in Less Than Six Months, and Matador’s Language Learning Focus Page.