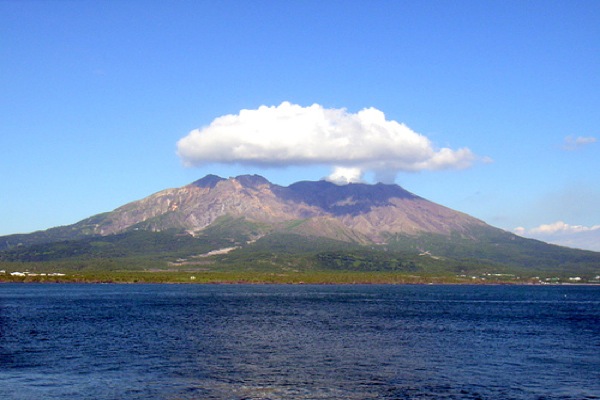 Living the life of the famed salary man in Japan.

The smoking volcano Sakurajima is the first thing I see each morning, assuming the summer winds decide to offer a break from its showers of ash. I awake on the molded brown futon in my apartment in the heart of Yoshino, just north of Kagoshima city.

This has the fortune of allowing me easy access to my shigoto (company) on foot, by bike, or via the private bus, but makes it a little difficult to stay downtown after 10 PM, when the buses decide to take a break and let the taxi drivers make a living.

Running to the lookout point of Terayama Park every day almost guarantees me a great view of the sunrise over Kinko Bay. Nearly every local Japanese knows “that crazy foreigner who jogs uphill”… not quite half marathon distance, and I don’t even get to come home to a banana pancake breakfast, but fresh mutsu apples and insanely thick toast usually suffice. 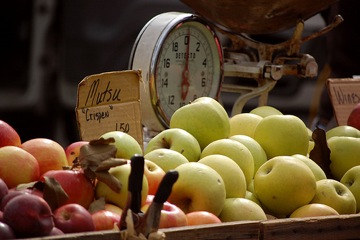 Unlike many foreigners in Japan, I do not teach English as a second language with the JET Program or with private companies like AEON, GEOS, and ECC. I was lucky to get assigned to Shin Nippon Biomedical Laboratories as a technical editor and international liaison, as my Japanese skills are sub-par and I was sneezing throughout the interview.

Life in a real Japanese corporation (but far from Tokyo) drew me to this position in Kagoshima, especially after teaching English my first year of residency.

My first order of business for the day of this prestigious assignment? Sneak up to the deserted 7th floor for a nap before the official start of work; I am such a lazy foreigner.

The daily grind. My job keeps me staring at a computer screen 90% of the time, checking over translated pharmaceutical reports and consulting with study directors over the best use of their English… fun fun. 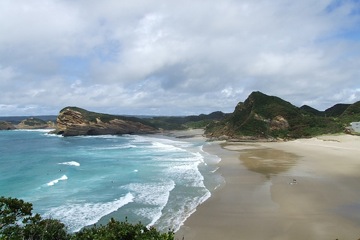 I always make time to play catchup with my Matador articles and plan vacations to southern islands in Kagoshima prefecture like Ioujima, and Tanegashima.

The familiar song being broadcast over the intercom has the same effect as a man ringing a bell to call his dog: all employees drop their paperwork and scramble for the nearest food source. Hiruyasumi desu or, in layman’s terms, lunch.

Our office has a great cafeteria offering Japanese dishes, but on occasion, I brown bag it western-style from 2-3 import stores around the city; just try to find a turkey sandwich and a soft chocolate chip cookie outside of Tokyo, I challenge you!
If time remains and my head isn’t spinning from all that rice, I’ll head to the company hot springs (onsen), to soak my feet and avoid giant spiders that enjoy crawling around the bath. 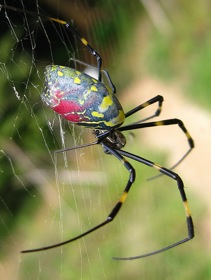 In the winter months, it’s dark by the time the bus returns to take us home; I try to stare out the window at the green landscape surrounding the office and thank god I don’t work in the gray world of Tokyo. En route to town, I think of new exciting blog entries and more weekend plans… maybe catch up on my language studies with flash cards and read about current issues regarding racial discrimination in Japan.

The bus stops just north of the main shopping district, Tenmonkan (“heavenly building”). After a ritual 15-20 minute walk to Kagoshima Chuo Station, home of the shinkansen train line, the only movie theater in town, and the best gym in the prefecture, Seika, the sights are so commonplace I almost forget how amazing this country is: 100 yen stores, 8-year-old boys catching the bus home by themselves, no non-Japanese in sight (unless I catch my reflection), the essence of ramen spilling out behind curtained doors, the Buddhist monk extending his alms bowl… 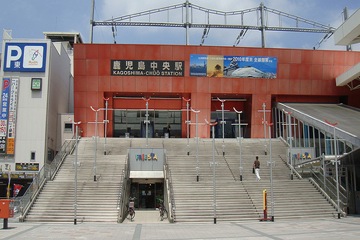 All that sitting at a desk and pent-up aggression is hammered out with an hour or two at the bench press. Maybe working out will increase my chances of meeting some nice Japanese lady folk… or maybe my foreignness is already enough for them. I’m certainly already well known around city of 700,000, as I can’t go a day in the gym without someone walking up to me and mentioning he or she saw me running/at the store/at the festival/on the bus. Strangely enough, encounters with with other expats are few and far between.

My stomach has been patient after a full day and extended workout, I always reward it western style at an adjacent restaurant, Pirouette. 1500 yen dinner set for soup, salad, meat, pasta, dessert, and a drink. Oishiyo! The waitstaff know me so well at this point they gave me a free round when my parents visited Japan, and if I sense that one particularly friendly waitress is in a good mood, I use the opportunity to practice a few Japanese phrases I had been reviewing on the bus and welcome her corrections in pronunciation.

The bus back to Yoshino is one of the oldest in service, with faded red interior and no digital signs. If I hadn’t gone to get buff, I’d probably just be toweling off after a long relaxing soak in Yoshino Onsen, a hot springs only five minutes’ walk from my apartment; this was especially welcome therapy after I broke my wrist. Maybe follow it up with some sushi from the rotating restaurant en route. 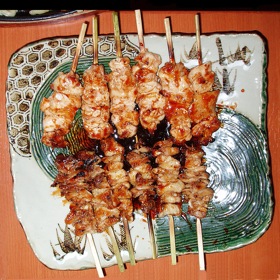 My nights vary, but I’m usually back in my tiny apartment chilling the latest Daily Show and Colbert Report via high-speed internet by 10, blogging my latest thoughts, pitching new articles to Matador, and finalizing any weekend plans. I dream of all-you-can-drink specials and Shidax karaoke in Fukuoka, and plans to visit Amami Oshima during Golden Week holiday. I’m in Japan, the land of comfort and convenience.

8 countries to teach ESL you may not have considered
What Nordic countries can teach us about combating seasonal depression
Colorado’s new Palisade Plunge is the ultimate mountain bike mega-trail
For the perfect day of hiking and Colombian coffee, head to Jardín
I felt safer traveling to Aruba during the pandemic than I have in the United States in months

The 12 best digital nomad visas from around the world